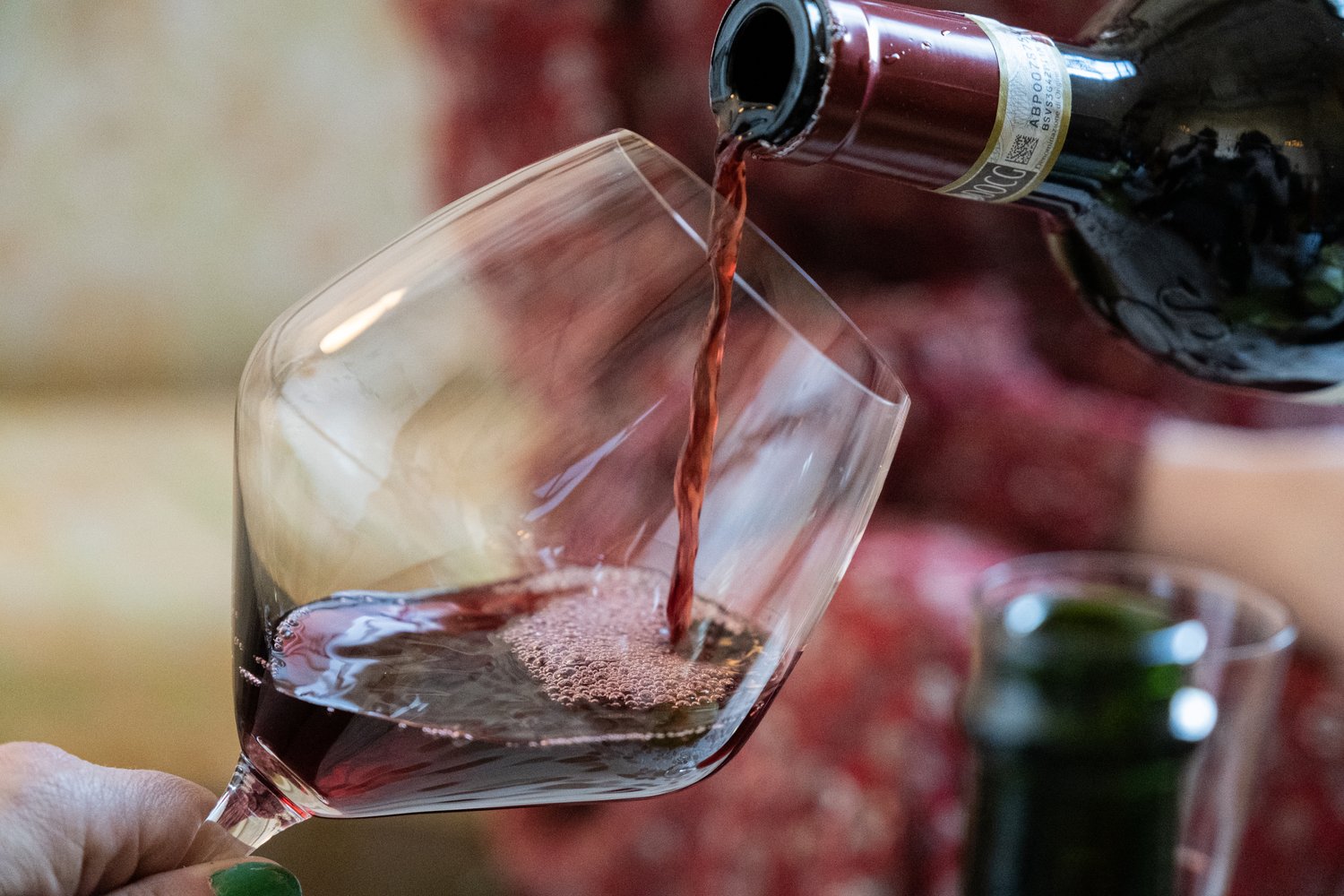 A product of the fine dining industry of Memphis myself, I spent many nights turning to my coworkers and making “bok bok” noises when a group of women took over a table, threw their bags down, and loudly sighed, “I could really use a glass of wine.” What a cliché! We even drew a picture that we had hanging up, depicting a flock of hens at a dining table.

Jokes like that keep a serving staff going on long nights, but it’s short-sighted to think that “women and their wine” is just a punchline. Countless women in Memphis’s food and beverage industry have built their reputations, restaurants, and livelihoods upon a deep knowledge, appreciation, and love of wine. These women bow to no man, and they rule the roost of Memphis’s wine-enchanted restaurant-goers. 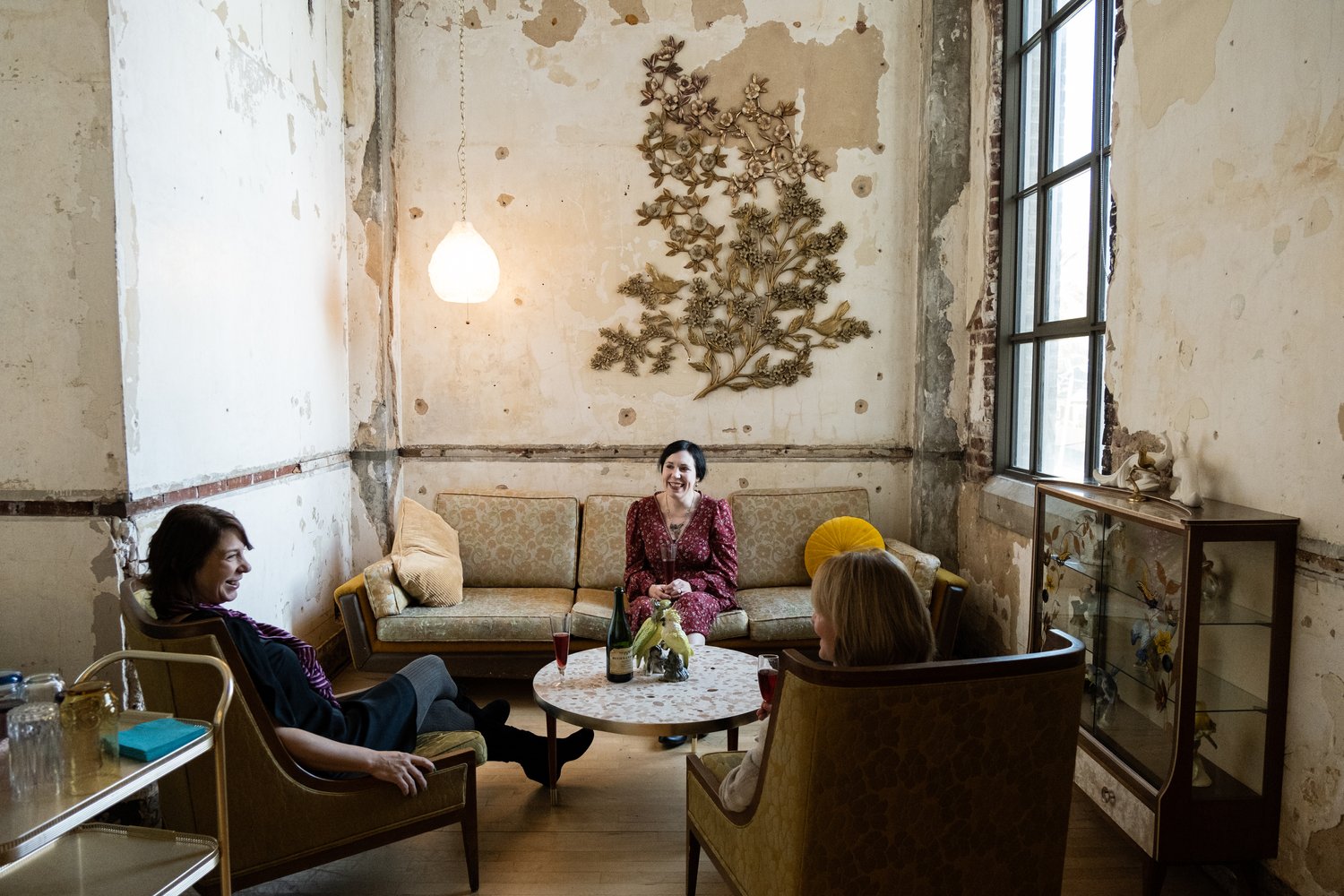 Amy Zuñiga, owner-operator of Maximo’s on Broad, is one such restaurateur. She takes pride in Maximo’s varied wine list. “Our wines aren’t mainstream,” she says.

“We like a diverse list—small, boutique wineries. We want to get wines from different countries and give our customers options.”

Amy opened Maximo’s on Broad nearly seven years ago with Julio Zuñiga, who’s her husband and also is Maximo’s chef. With her strong background in bartending and love of the creative, Amy has made Maximo’s wine selection as eclectic as the tapas restaurant itself. “Our secret ingredient is Lori [Atkinson] and Josie [Chetter],” Amy says, a nod to two members of her serving staff. “They’re very good. They’re the best servers in town. They know the menu and get to know our customers. They turn customers into friends.” 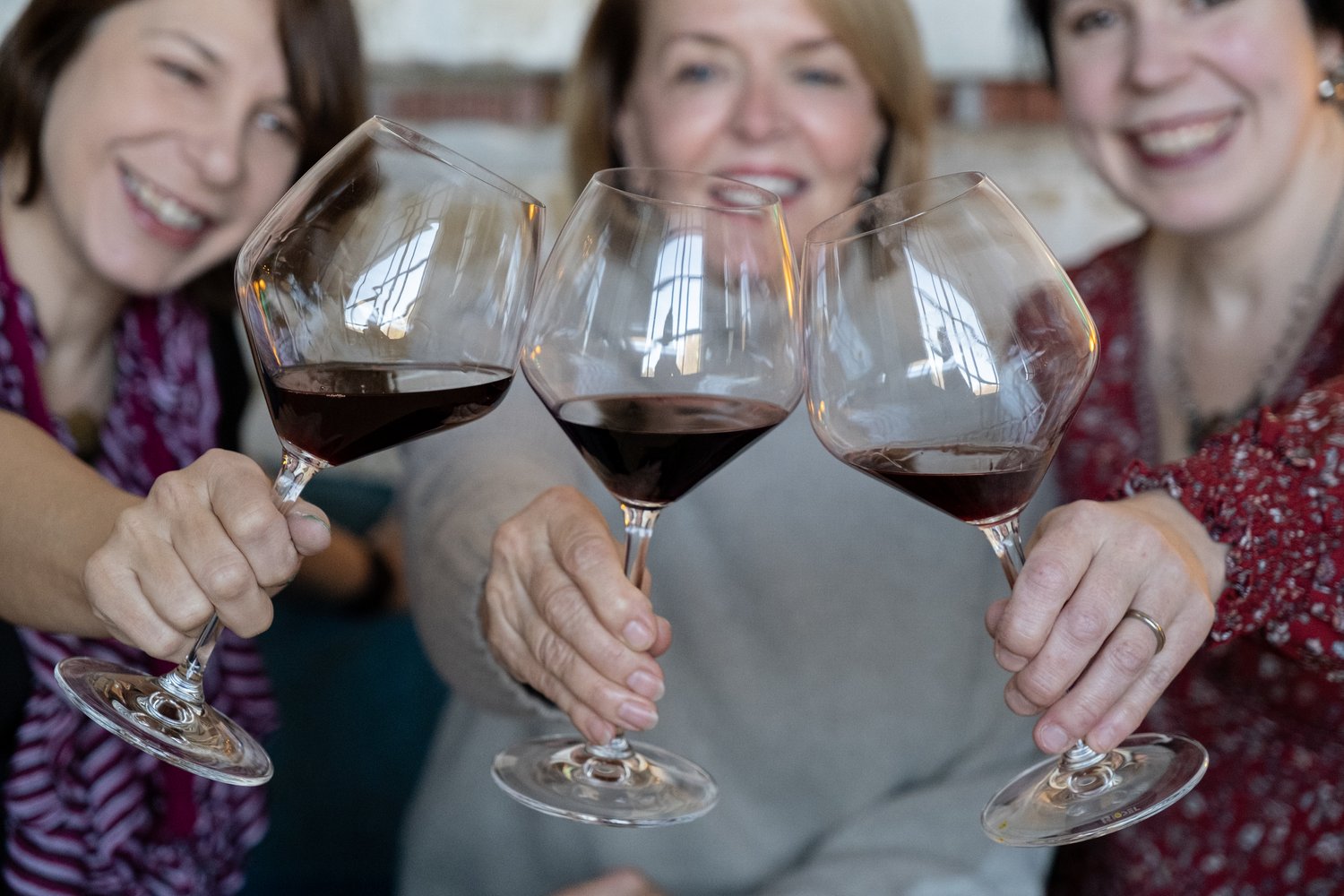 Cultivating a friendship with guests and helping them find their perfect wine is a skill Amy shares with her sister, Rebecca Severs. Rebecca is the wine expert and operations manager behind Bari Ristorante e Enoteca, the Southeastern Italian restaurant that, after nearly 19 years in one spot, recently relocated to 524 South Cooper Street. “It’s love and passion for what you do. Not knowledge, but passion,” says Rebecca.

“I like to talk to any guest about wine, sell them their next favorite wine, and know that they’ll love it because I’ve talked them through it. That’s what I love to do—turn people on to a wine they’ve never tried before.” 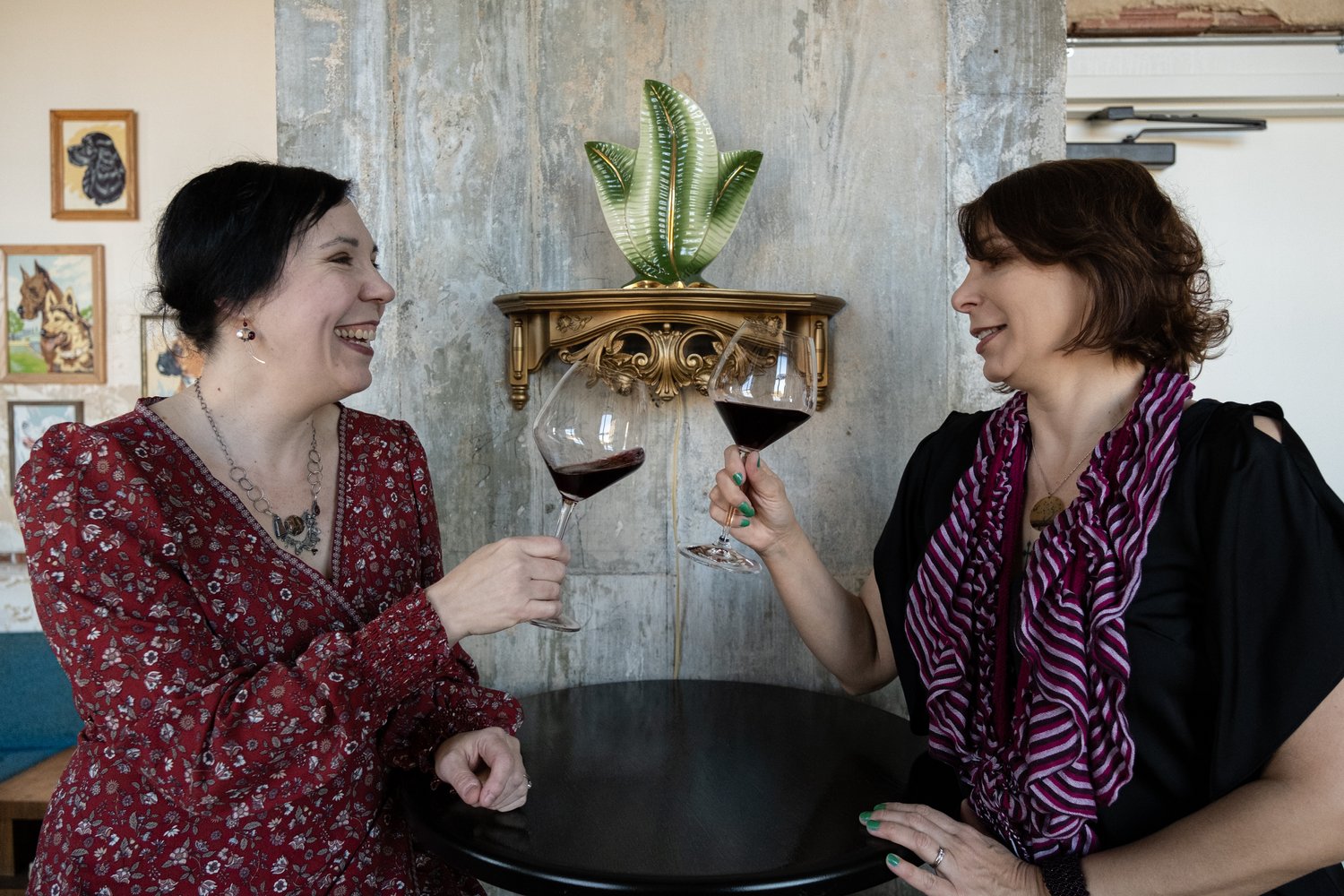 Rebecca, a wine connoisseur who has studied in Italy and curated Memphis’s only all-Italian wine list, talks excitedly about the varietals she’s been enjoying lately. “No-sugar-added wines are really popular in Italy right now,” she says. COS Sparkling is a Sicilian wine made from a light-bodied red grape, Frappato. Murgo Extra Brut, a sparkling wine that she featured at Bari’s 19th anniversary dinner, is made from nerello Mascalese. “And, of course, red wine,” she adds. “After all these years, I’m still partial to Southern Italian reds.”

While this particular writer is also partial to the Italian reds, Sabine Bachmann of Ecco on Overton Park, an Italian-influenced restaurant in Midtown, has paired her mostly Italian food menu with wines from all over Europe. 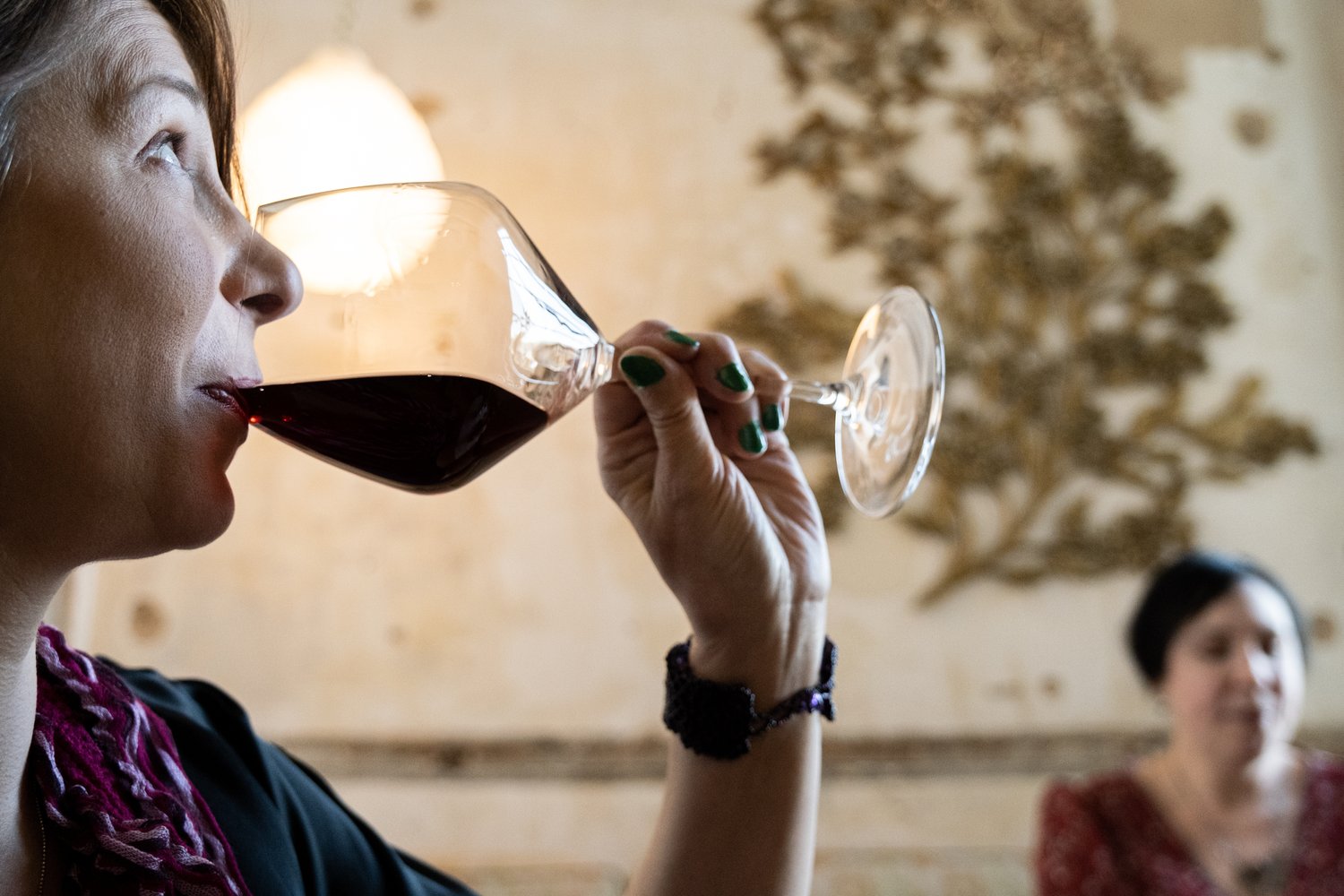 “We like to be adventurous with the wine at Ecco,” she says.

Sabine recently returned from a trip to Barcelona, where she met with a small wine importer on behalf of her next venture, Tonica. “I tried a wine from Switzerland and a Lebanese one,” she says. “There are a lot of tiny importers with great wines that might be lost to a big importer, but they’re curated well in these smaller ones.” 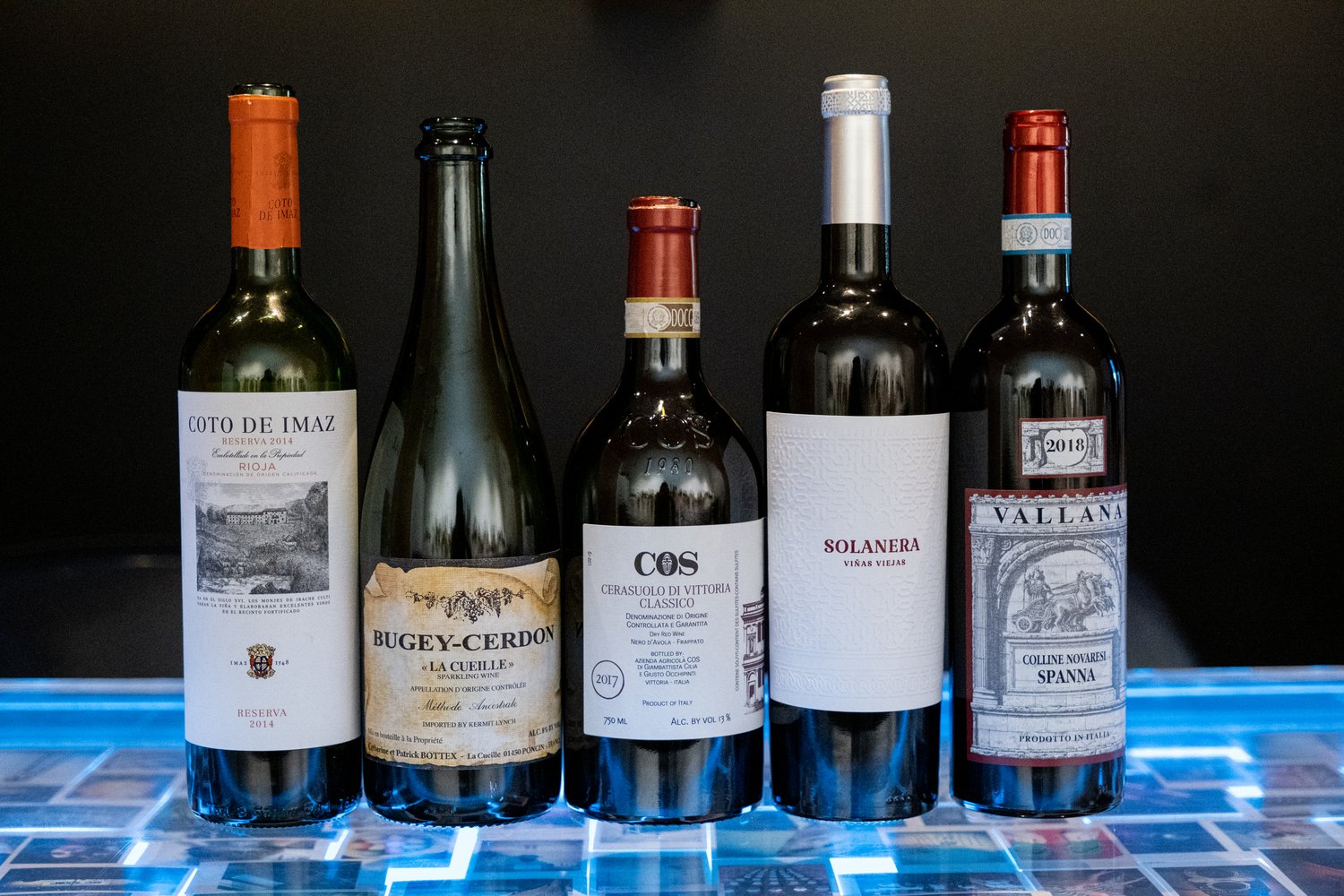 She’s quick to praise her beverage director, Mary Connor “MC” Jones, who pops a bottle every Friday for the staff to try and offer along with that weekend’s specials at Ecco. “We train our servers to be knowledgeable about the food and the wine,” Sabine says.

Not since the mid-aughts, when a few too many Memphians went through a Cosmopolitan phase at the now-defunct Dish, has a drink taken over Memphis quite like bubbles. From Champagne to prosecco to sparkling rosés, guests of restaurants have learned to appreciate the subtle nuances of sparkling wines beyond just ordering a bottle of Roederer.

“The Italian wine industry has been working hard,” says Rebecca. “Prosecco has been a top seller year over year. It’s easy to buy; it’s more affordable than Champagne.” Bari even features prosecco on tap, which, frankly, is a bit more upscale than a keg of White Claw.

Sabine also subscribes to the power of bubbles. “In Europe, there’s a different way of looking at how to dine,” she says. “You start with a Champagne or a sherry; then you order food and a wine to go with it. We try to emphasize that at Ecco.”[/vc_column_text][/vc_column][/vc_row]

All three restaurateurs have special memories of their time in Memphis’s beverage industry. At Maximo’s, Amy crafts a Mexican ponche, or punch. It’s a warm, spiced fruit cider with guava, apples, and mandarin oranges mixed with a liquor of the diner’s choice, like rum or tequila. “During that snowstorm back in February, we filled up our thermoses with ponche, did some sledding, had some more ponche, did some more sledding,” she laughs.

Sabine pictures a perfect Memphis evening as a concert at the Levitt Shell. “We had a saying in my house when my sons were growing up: ‘The house is gone to hell because Mom’s at the Shell,’” she says. Sabine was a longtime volunteer there and thinks the relaxed, picnicky atmosphere would pair best with a brut rosé. 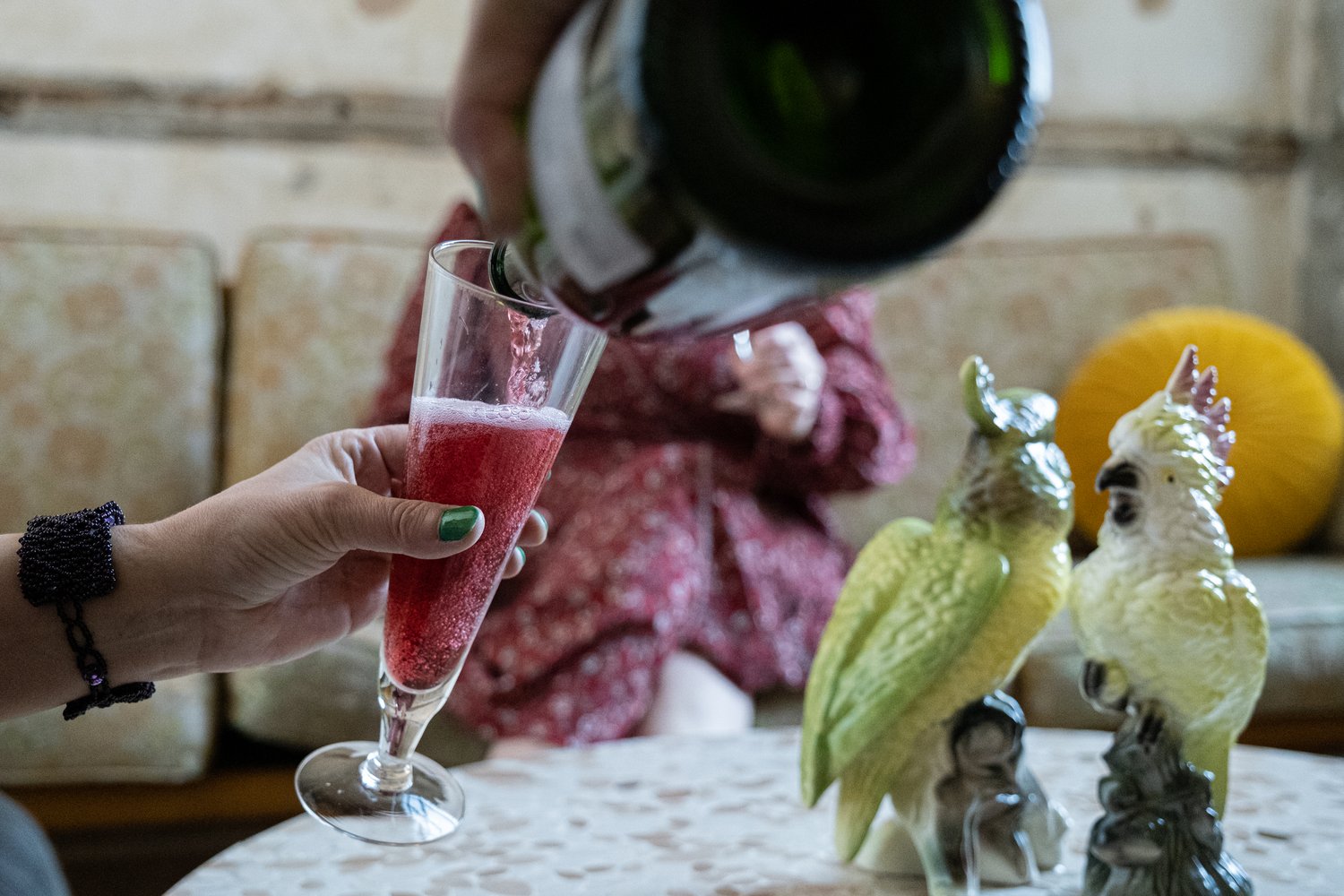 Rebecca recalls how famed Italian winemaker Lionello Marchesi would make it a point to visit Memphis whenever he came to the U.S. Not surprisingly, she also mentions how wine pairs nicely with a night at the Levitt Shell, recommending a crisp Italian white, like Marchesi Gavi, and an assortment of Italian meats and cheeses.

All of these women work in their respective restaurants with their families: Amy with Julio, Rebecca with husband Jason and two of their three sons, and Sabine with all three of her sons. These family partnerships are vital to the restaurants’ popularity and success, each person bringing something unique to the team. 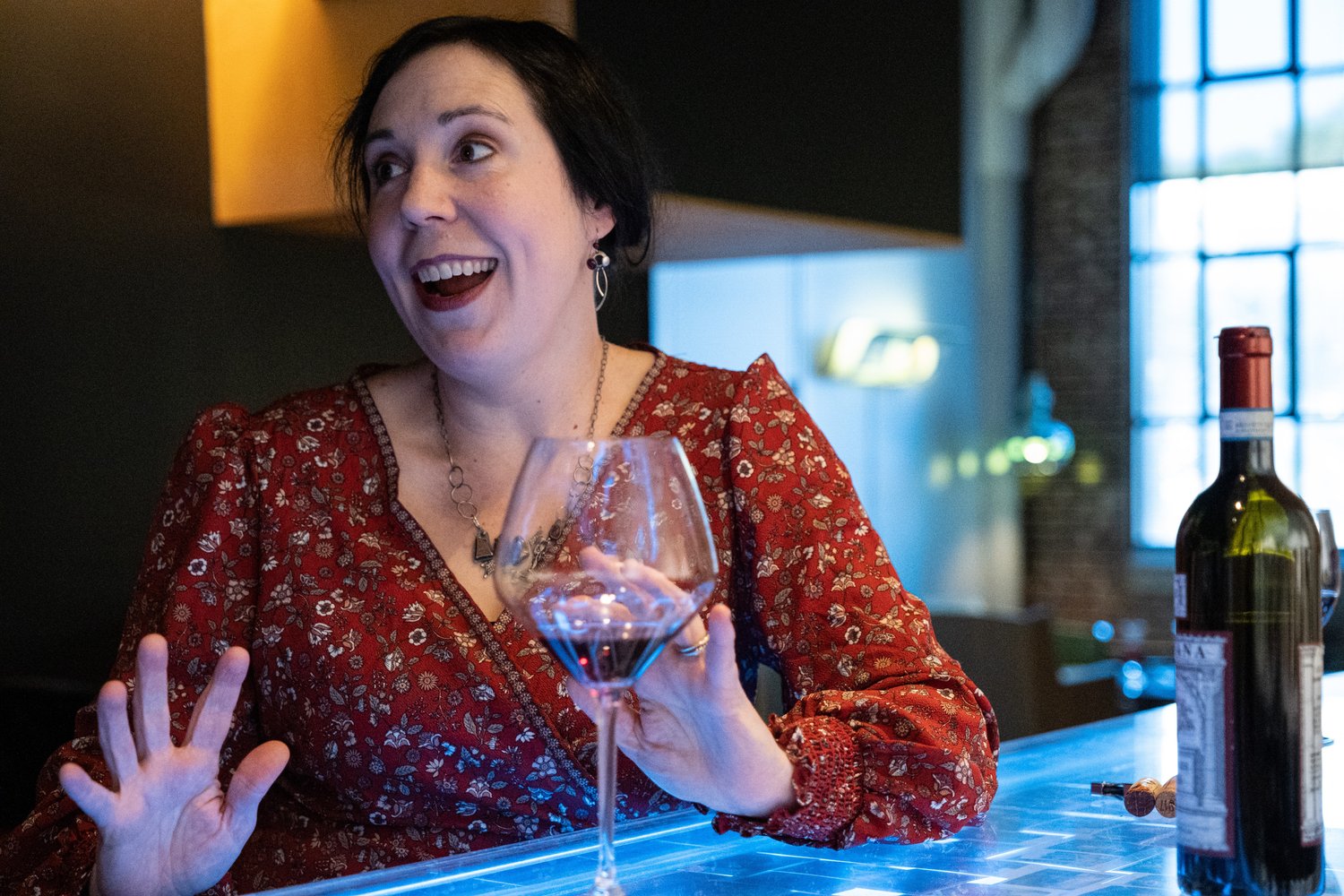 I ask Rebecca what she has that Jason does not. “Personality!” a member of her staff jokes from across the bar. Sabine scoops her grandson, who is running through Ecco’s dining room, into her lap, introducing him proudly. Amy shares how Julio cooked four gigantic pots of paella at the recent Broad Avenue Art Walk because they had a line of people all evening waiting to try it.

These women are not just wine professionals, but mothers, grandmothers, sisters, and partners. They invite the gratitude and admiration of their families and their teams. And the way they do their work and live their lives inspires in everyone around them the same pride in the hospitality industry that they have. It’s about more than just wine for women in Memphis restaurants, and they’re quick to share it with anyone smart enough to trust them.

Meghan Stuthard moved to Memphis from Nashville in 2005 and never looked back. She’s an HR professional by day and a lover of all things Memphis food and drink by night. @meghanshelby