In a male-dominated world, Helen Turner has ruled her Brownsville barbecue pit for 25 years 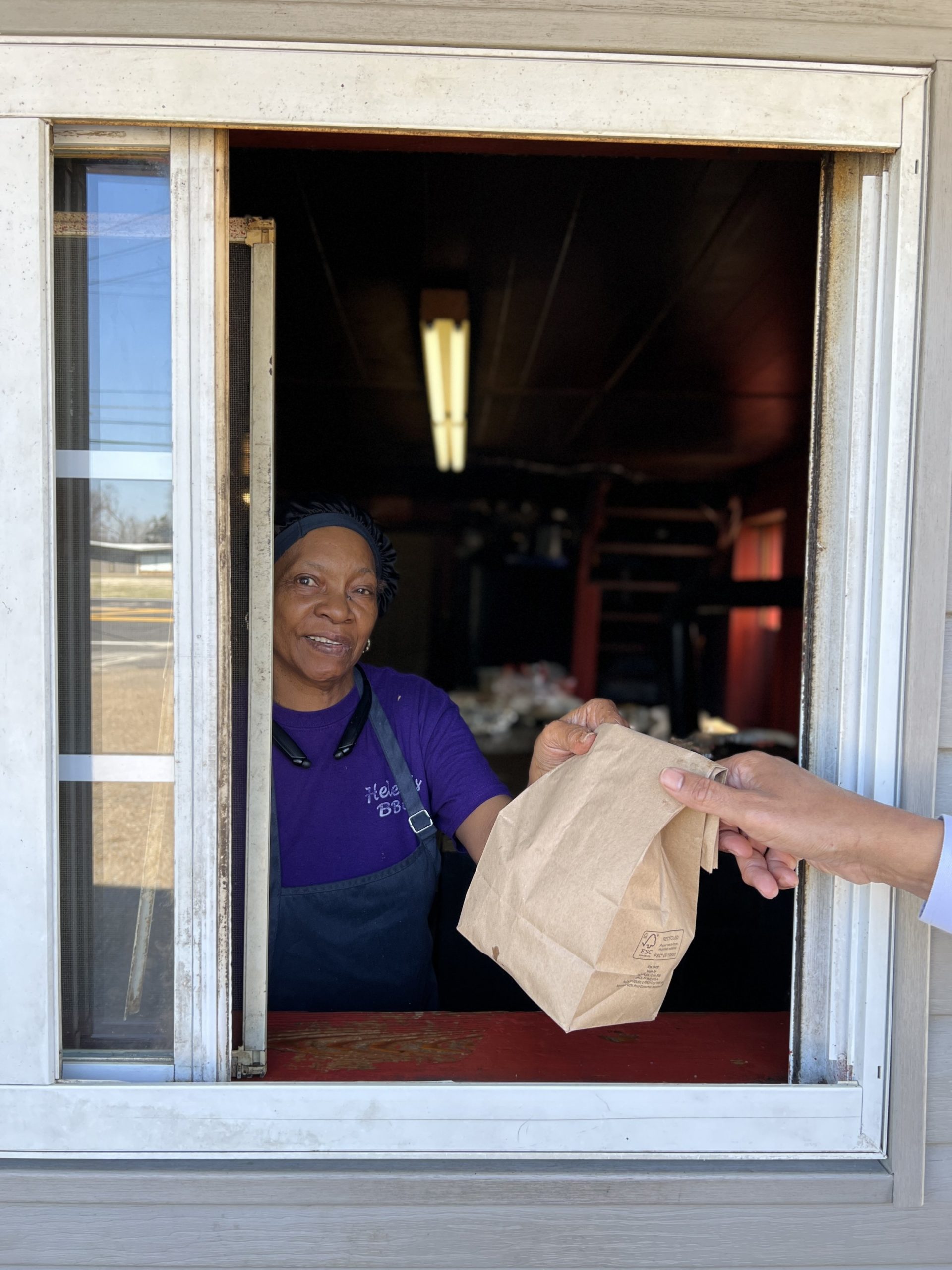 If you’re ever near Brownsville, Tennessee, stop and visit Helen’s Bar-B-Q. Better yet, make a special trip as it’s only about 50 miles away from Memphis.

Helen Turner was born and raised in Brownsville as the oldest of 10 kids. “As a child, I enjoyed roughhousing with my brothers and sister,” she says. “Life was pretty good. I had three really good friends, and we hung out all the time.” She and her friends often visited a cafe after school to eat and talk, but barbecue was not part of her childhood.

Helen’s transition into a pitmaster is a unique story. When she was a mom of two young children, Helen worked part-time in the front of house for Linda and Curly Spellings—the previous owners of what today is Helen’s Bar-B-Q. “I would drop the kids off at school and go to work. And when school was over, I’d be there to pick them up,” she says.

In 1982 Curly died, and a year later Helen left the barbecue business to go work in a factory. “I hated working in the factory. My husband, Reginald, said that I wouldn’t last. So I had to prove him wrong,” she jokes. She worked in that factory for a full season before she was laid off. She then found work at another factory until she got an unexpected call. 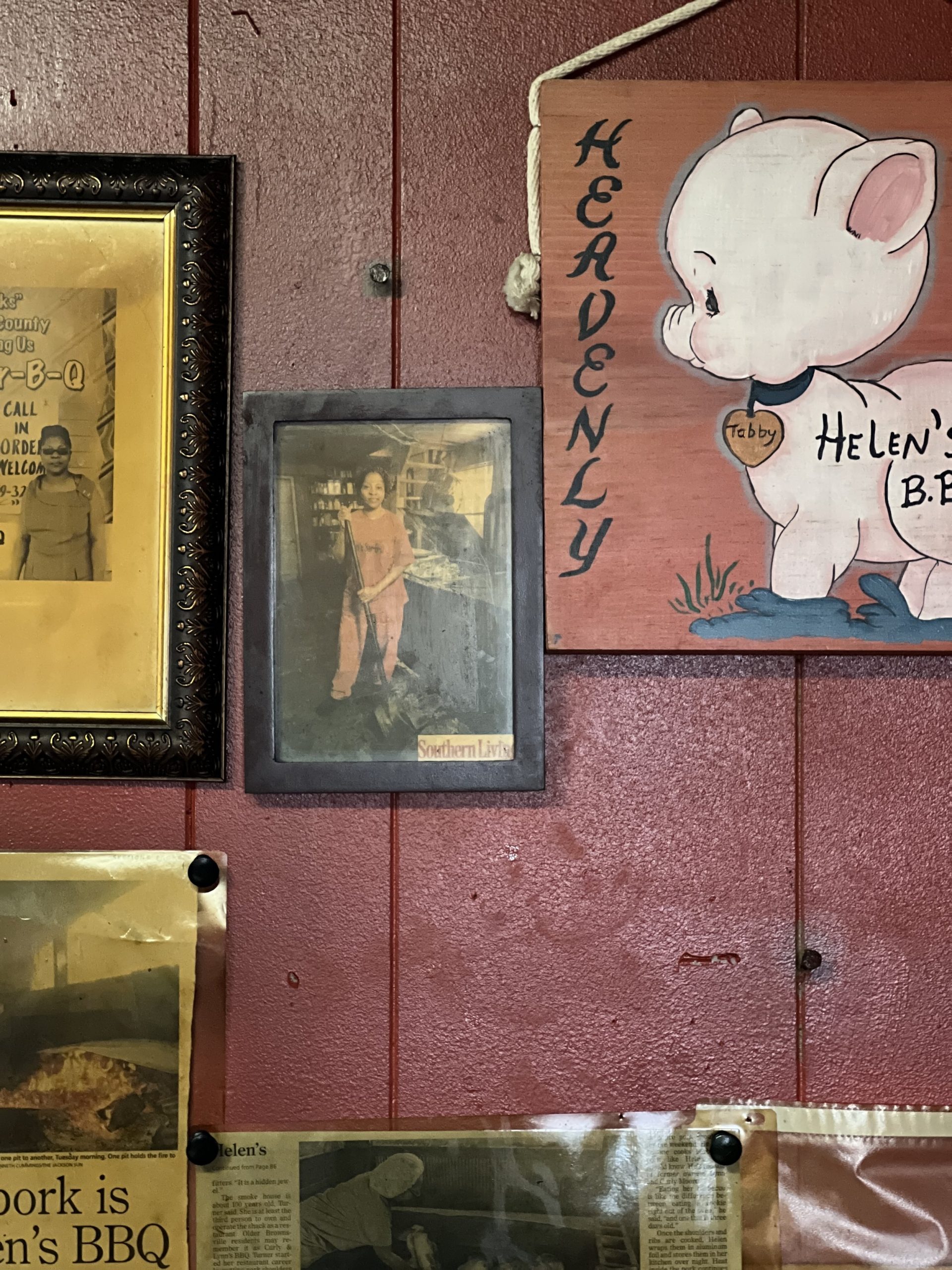 Linda had sold the business to Dewitt Foster, who called and asked if Helen would make the barbecue sauce for him. So Helen went to the restaurant to make the sauce every day. A longtime rumor says that no one besides Helen knows the ingredients in her barbecue sauce. The rumor is true.

The secret to the sauce lives within Helen, and she ain’t tellin’ no one!

Helen and Dewitt soon became business partners. But just like when Forrest Gump decided to go running, one day, out of the blue, Dewitt said, “I’m too old. Do you want to be the owner of this business?” Helen talked the decision over with Reginald, who she calls her biggest supporter. He encouraged her to go for it. Dewitt practically gave her the business.He didn’t charge me for the business,” says Helen. “All he said was to just pay the taxes.” So in 1996 Helen’s Bar-B-Q was established.

While Helen’s Bar-B-Q sees patrons from near and far and has been in a number of publications, Helen’s most memorable moment sounds like it’s straight from a romance novel. “Reginald makes the fire for me every morning,” she says. “He’s been doing that every morning for the past 25 years.” Now that Reginald is retired, he sometimes starts the fire as early as 2 a.m. and then spends the rest of the day doing whatever Helen tells him to do 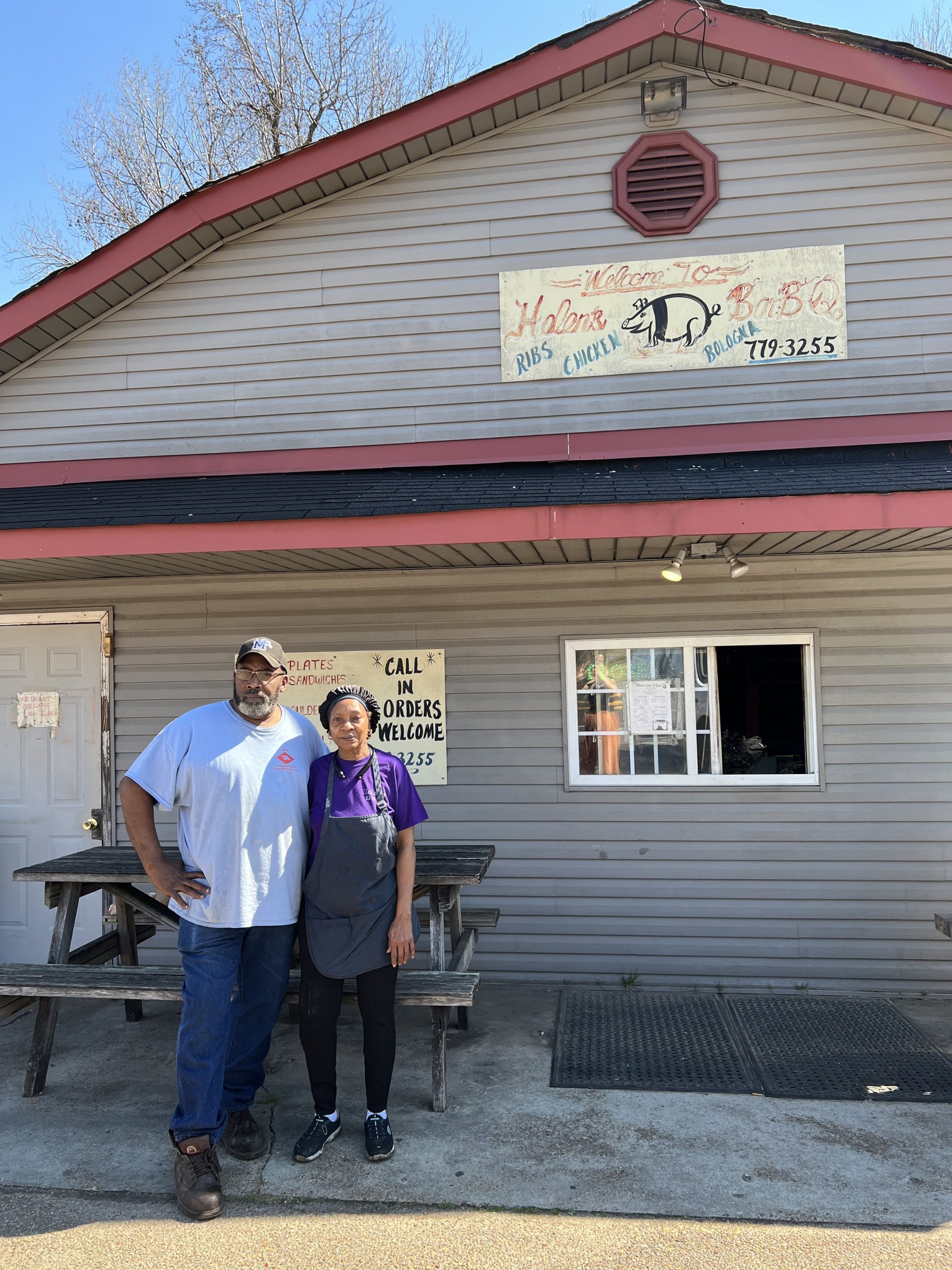 Once Helen arrives at 9 a.m., she works over an open pit of hickory and oak wood until 7:30 at night. She goes through about a truckload of wood a week—although it may be just a little more because she says four truckloads definitely do not last a month.

Cooking over an open pit is not for the faint of heart. The same smoke that gives her barbecue such a unique and delicious flavor also burns her eyes, causing tears to run down her cheeks. But Helen can stand the heat and the smoke! 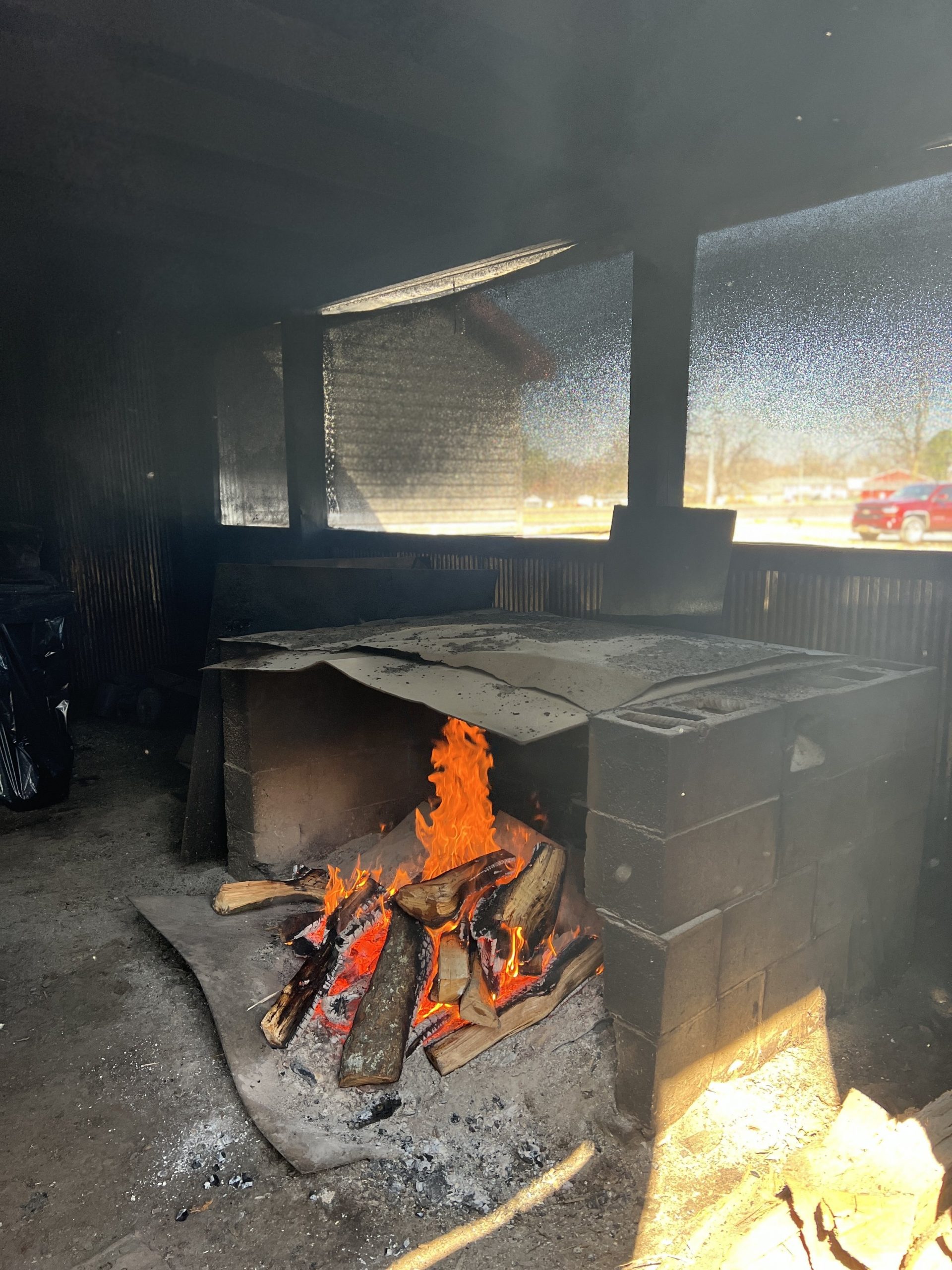 She does her work in silence.

“No music. Just working,” she says. “That’s the only groove I have.” 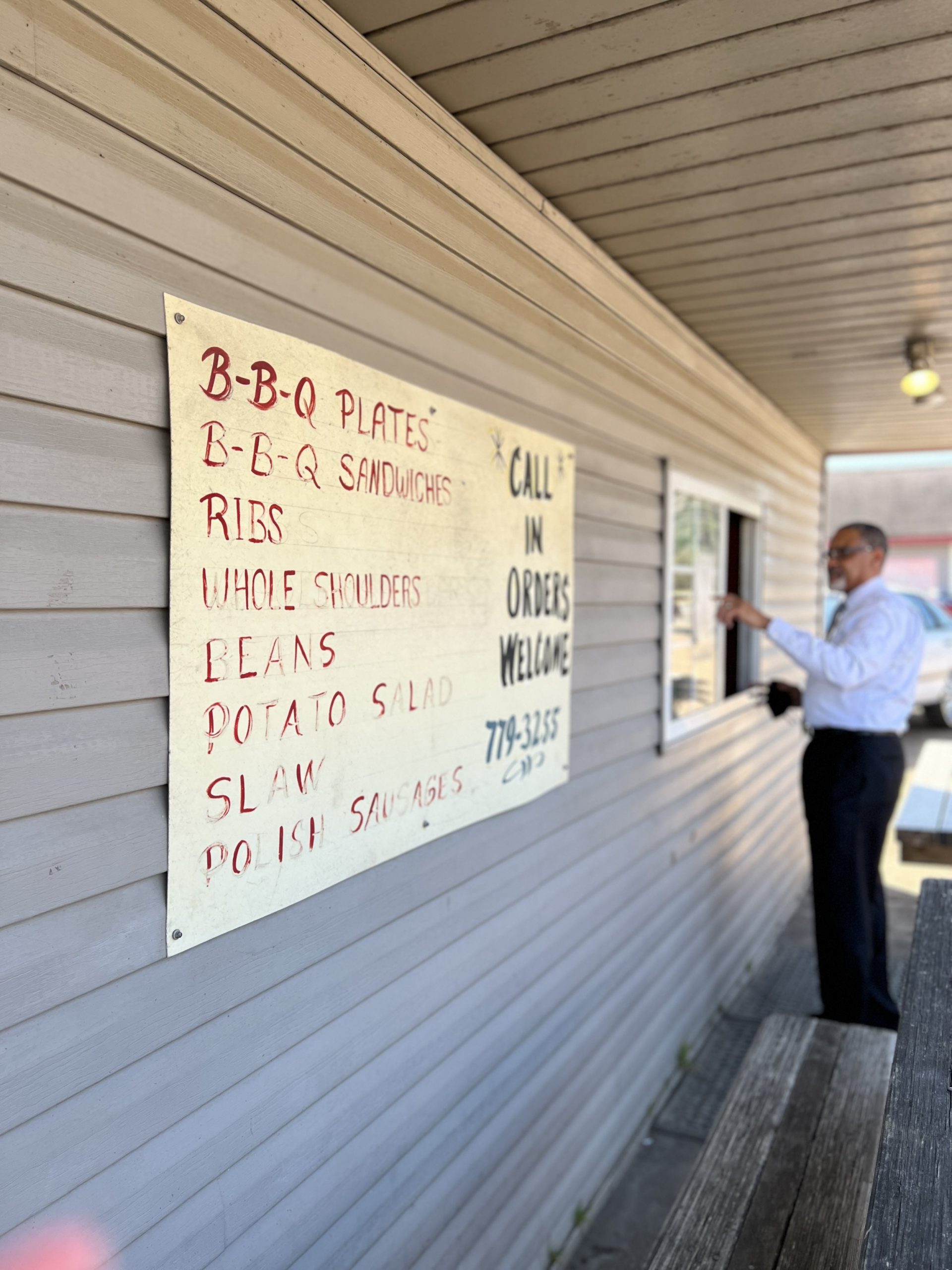 Helen cooks her pork shoulders for 10 to 12 hours in an open pit.

The meat can literally be pulled from the bones with your fingers, so you know it’s tender and delicious. I get my sandwiches with the slaw on top, a side of baked beans, and extra sauce. I like to gently lift the bread off of my sandwich and plop my baked beans right on top of the slaw. I add the bread back to the top and eat. “I’ve seen a lot of customers eat their sandwiches like that,” says Helen. 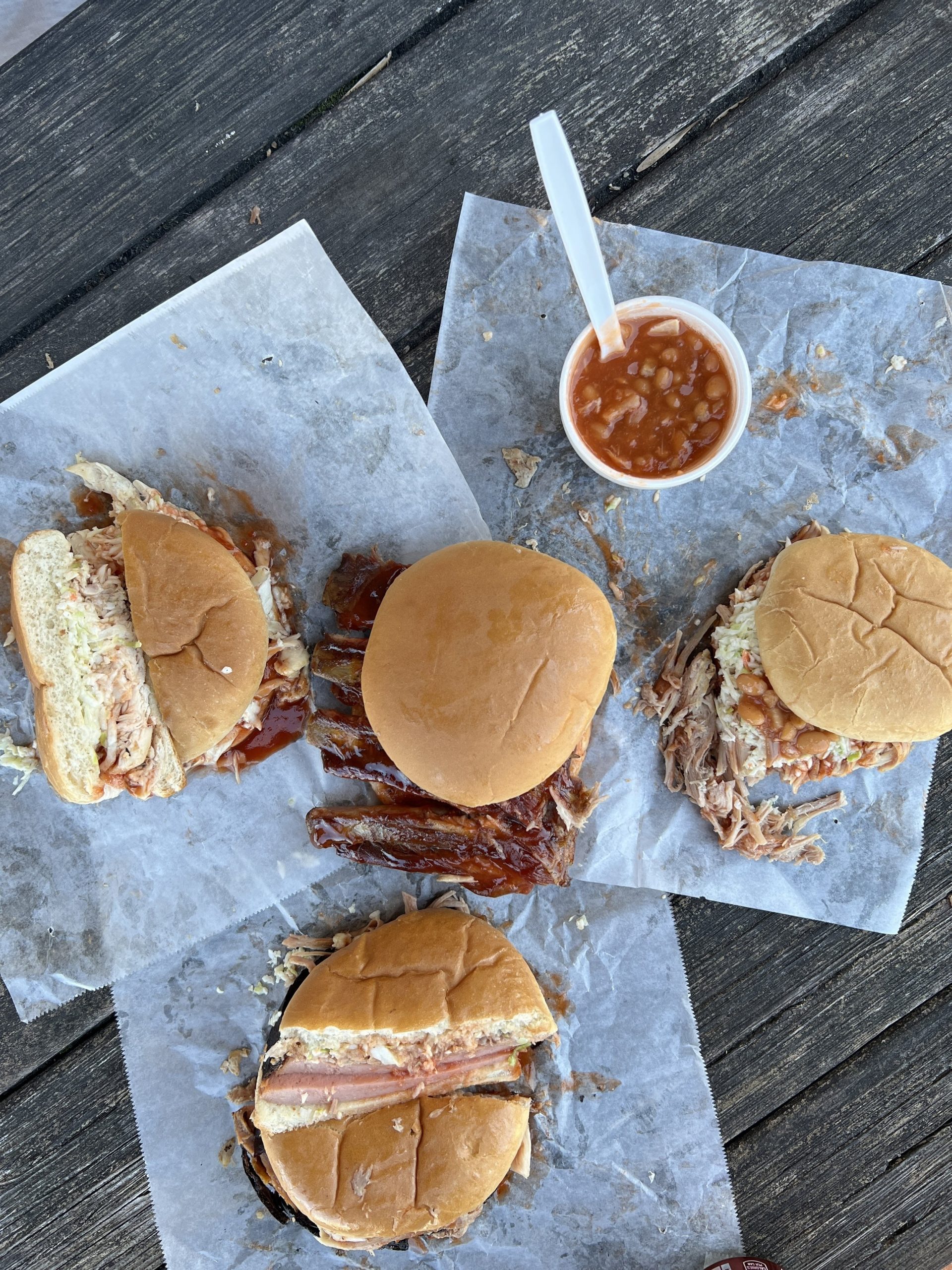 Helen’s Special is at the top of my “to-devour” list. It’s a pulled pork sandwich topped with slaw and a slice of barbecued bologna.

Helen plans to work until she can’t work anymore.

On Sundays and Mondays, her two days off, she enjoys a nice cup of coffee and riding around Brownsville with Reginald. She says there’s peace in being able to take a deep breath and exhale, while holding the hand of the man that she’s been married to for 39 years.

But Tuesday through Saturday, you can smell barbecue in the air as you get closer to Helen’s. Just follow your nose. 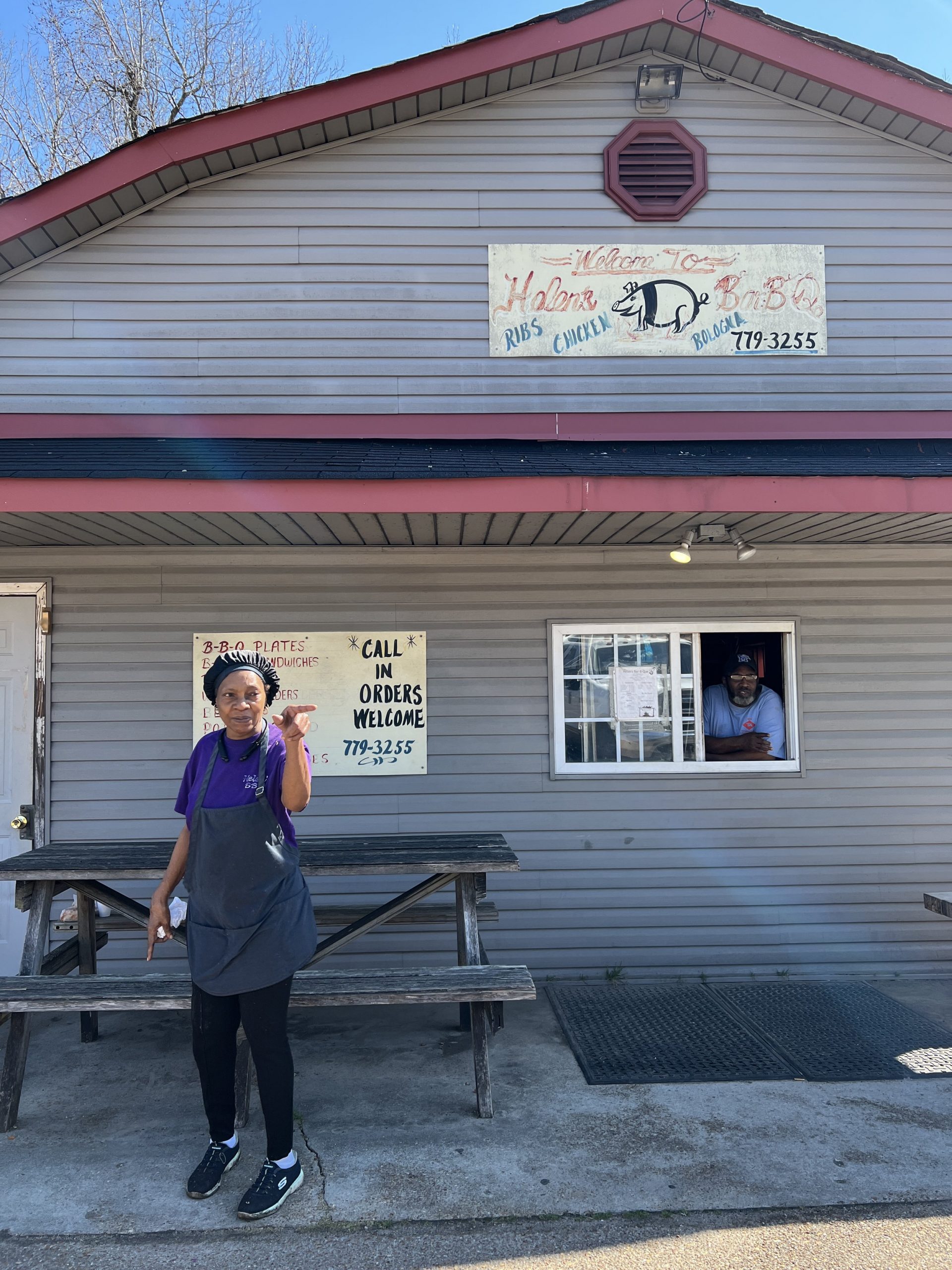 Emma Meskovic is a digital content manager, illustrator, and super fan of this publication who loves taking photos of her food. @emmamesk

A Taste of Clarksdale