How a pandemic led me to the Urban Agriculture Academy 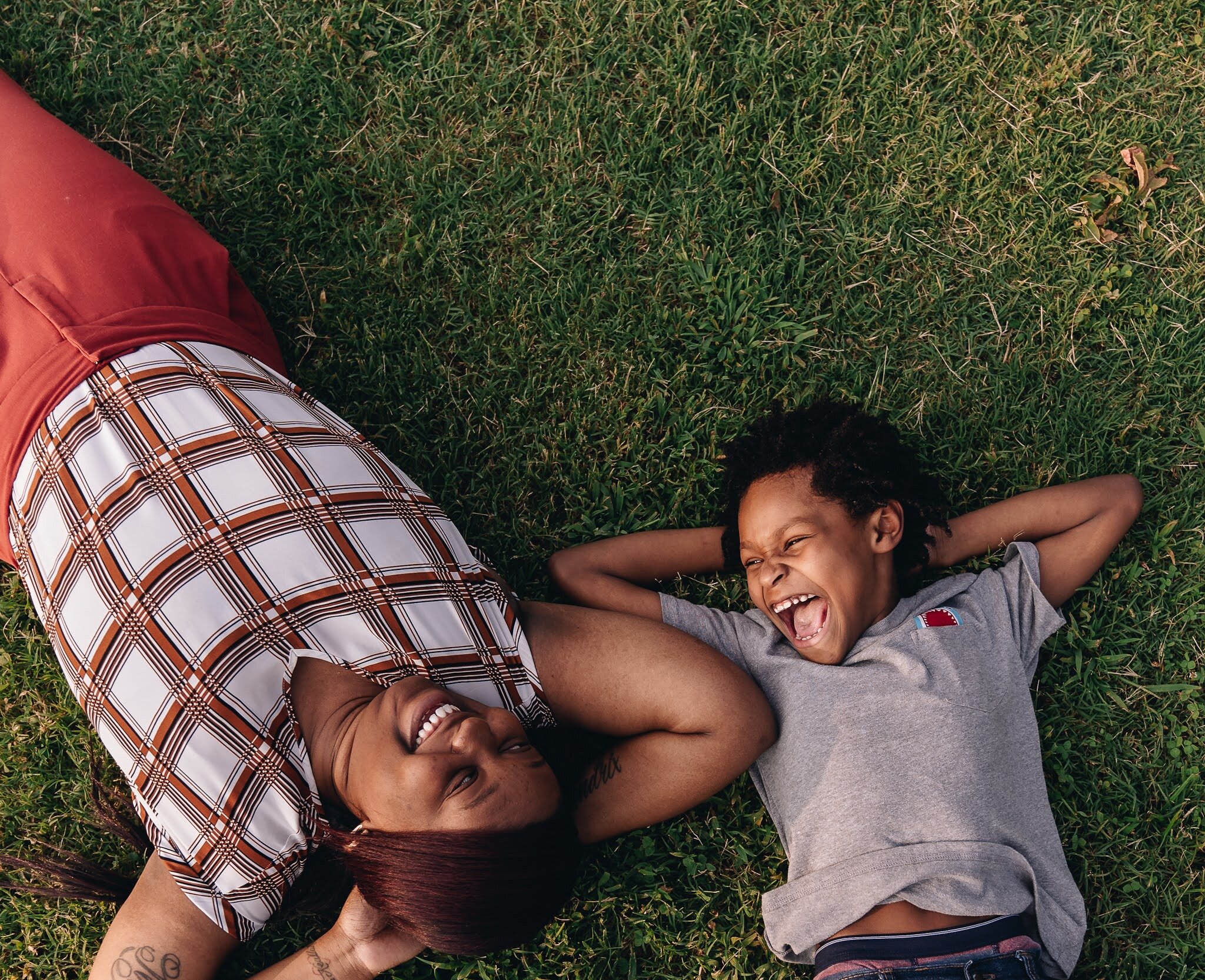 As 2020 began, I set a goal to consume healthier foods and to cook at home more often.

As it turns out, I took that further than I ever imagined, earning a certification in gardening through Memphis Tilth’s Urban Agriculture Academy and beginning to grow my own foods. Here’s how it happened.

When COVID-19 and the ensuing pandemonium struck, I, like many others, went into a tailspin of confusion, fear, and panic. I watched anxiety-inducing press conferences on every media outlet while scrambling to access resources, adjusting to wearing a mask, and stocking my home with vital materials. Food was the most difficult and stressful commodity to obtain and maintain. (And toilet paper, but that’s another story). When I was laid off from work, I started working two new jobs in order to continue to provide for my son and me. As a result, I had less time to grocery shop and prepare healthy meals. 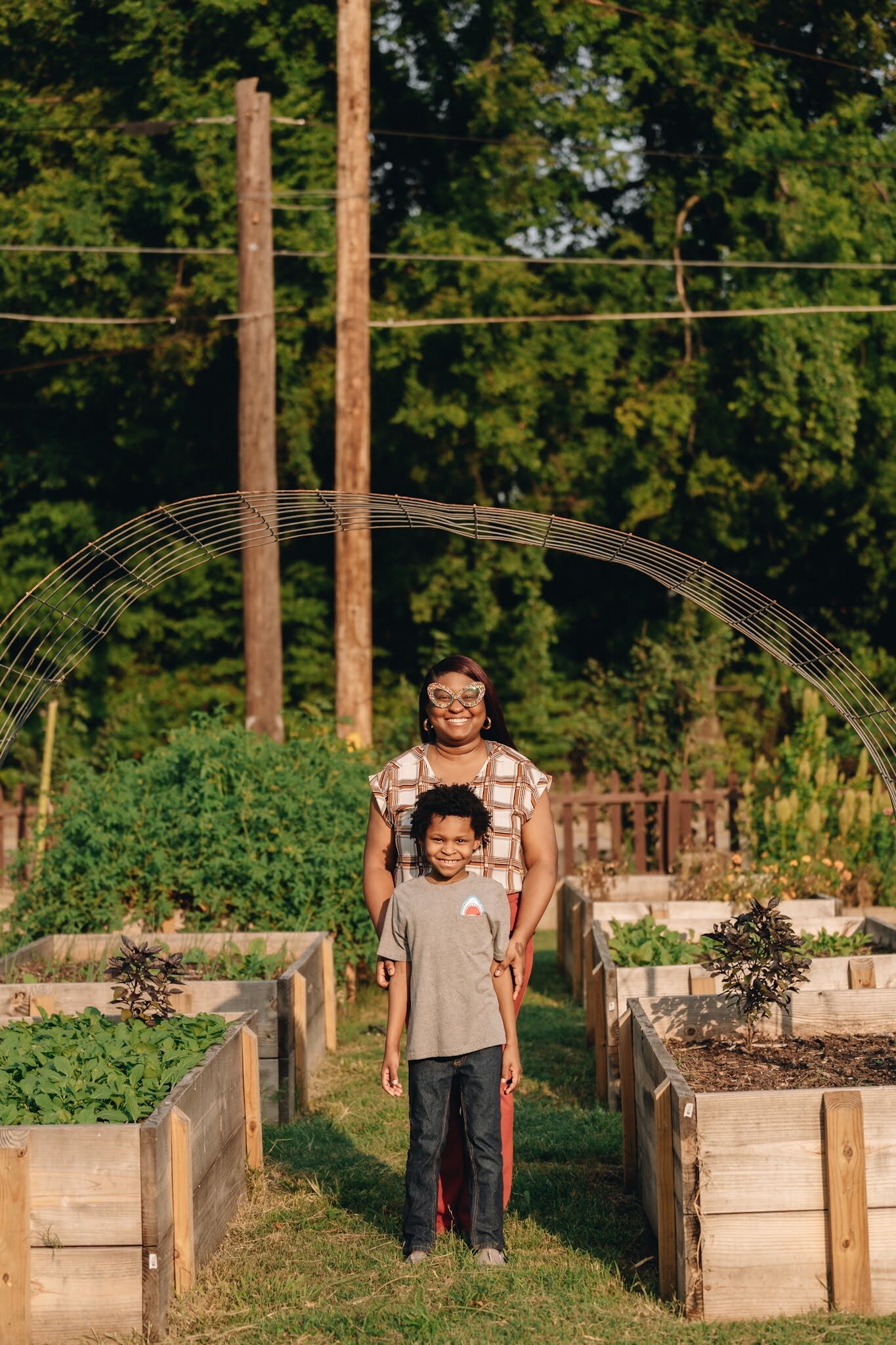 When I did have time to shop, I often left stores frazzled, frustrated, and practically empty-handed.

Even when I utilized grocery delivery services, such as Shipt and Instacart, I struggled to find the in-stock, healthy foods that I craved. I often settled for fast food and carb-heavy foods, which took a toll on my health. I eventually subscribed to Imperfect Foods and Misfits Market, where fresh produce is shipped to your home weekly. But, with nationwide shipping delays, the produce often arrived late and damaged, and, once again, many items were out of stock. 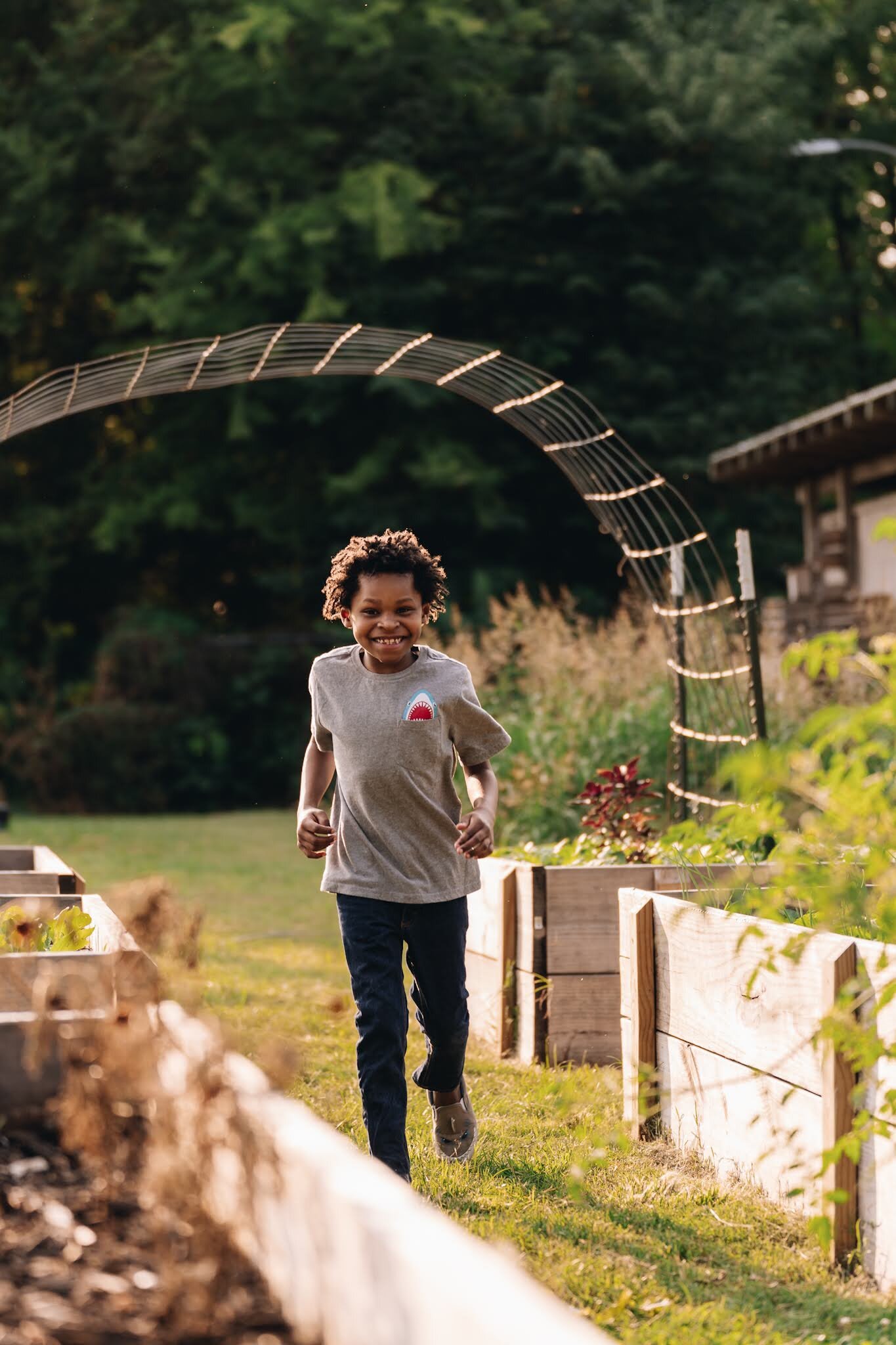 One afternoon, when I was flipping through family photo albums, I came across pictures of my grandfather, and a light bulb came on—I could start a garden!

As a child growing up in South Memphis, I often watched my grandfather garden. He lived in a small duplex on Bruce Street but had a backyard garden where he grew collard, mustard, and turnip greens. I helped him in this, but he passed away before I was old enough to truly understand the importance of growing food. Drawing from my childhood experiences with my grandfather and my year as an AmeriCorps food access coordinator at Rainier Valley Food Bank in Seattle, Washington, I decided to seek an urban gardening education.

I hoped to learn about the diverse history of farming, the importance of having access to fresh, organic foods, and the impact fresh foods have on overall health.

Some quick research led me to Memphis Tilth’s Urban Agriculture Academy, which offers a certificate in Urban and Community Farming.

Drawn to the program’s mission to improve quality of life through establishing local food systems, I completed the application and applied for a scholarship with my fingers crossed.

About a week later, I was accepted into the program with a full scholarship.

The program was primarily remote, due to COVID-19, and included detailed assignments and discussion boards. But, as Shelby County’s reopening plan shifted into Phase Two, I attended in-person specialty classes. I learned about soil science, Southeastern vegetable crops, plant nutrition and fertility, and orchard fruits. 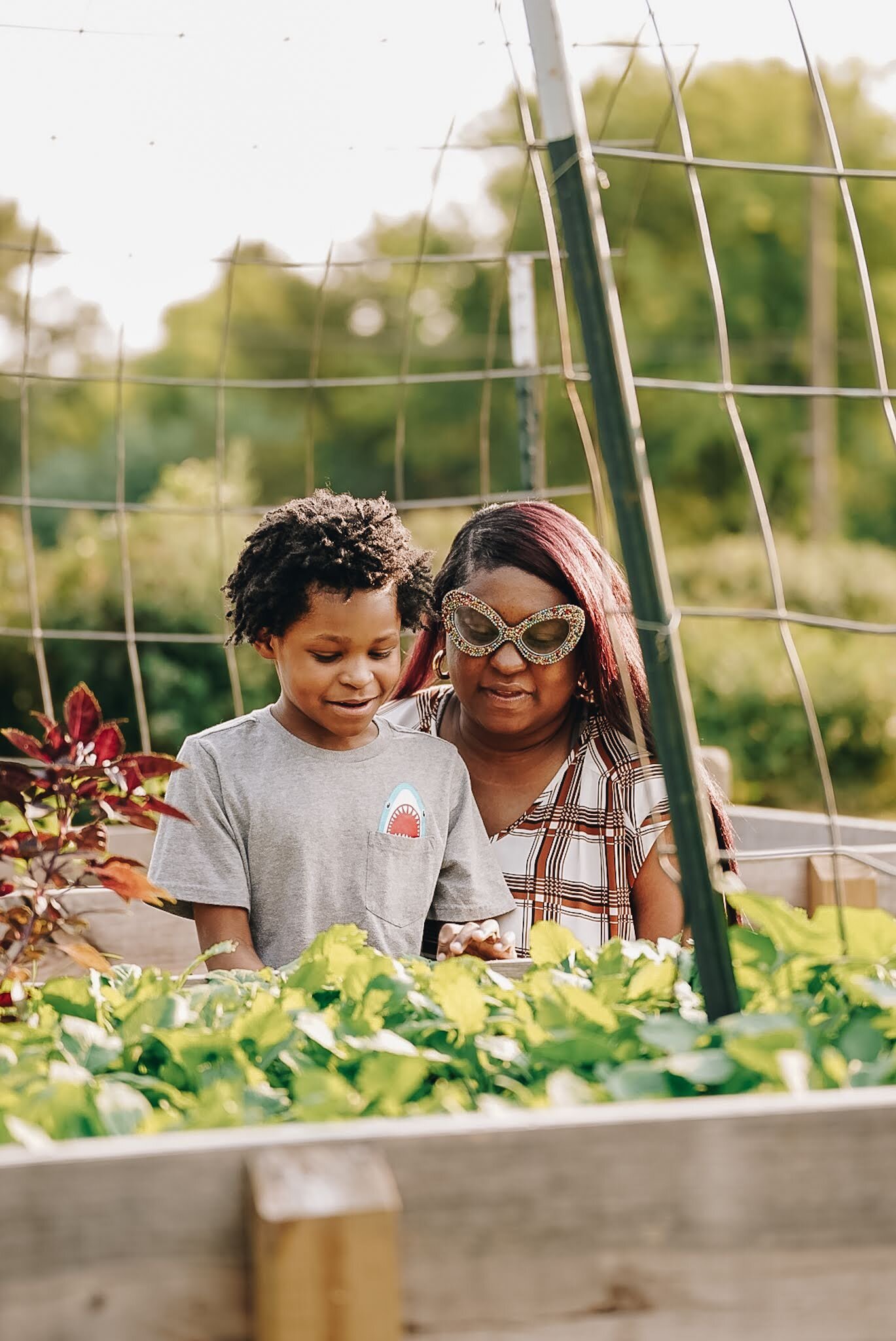 Community resources that I learned about have helped fill my own food insecurity gaps. During my first week of class, I discovered that Memphis Tilth has a CSA (Community Supported Agriculture)  program called Bring It Food Hub, where fresh produce, meats, and breads are available for pickup weekly through an affordable subscription that also includes recipes. I also discovered Great Nile Food Co-op, a local, Black-owned CSA subscription that delivers for a small fee. Subscribing to both of these services altered my eating habits and made it much easier on the way to work to reach for fruit rather than a muffin or a bag of chips. 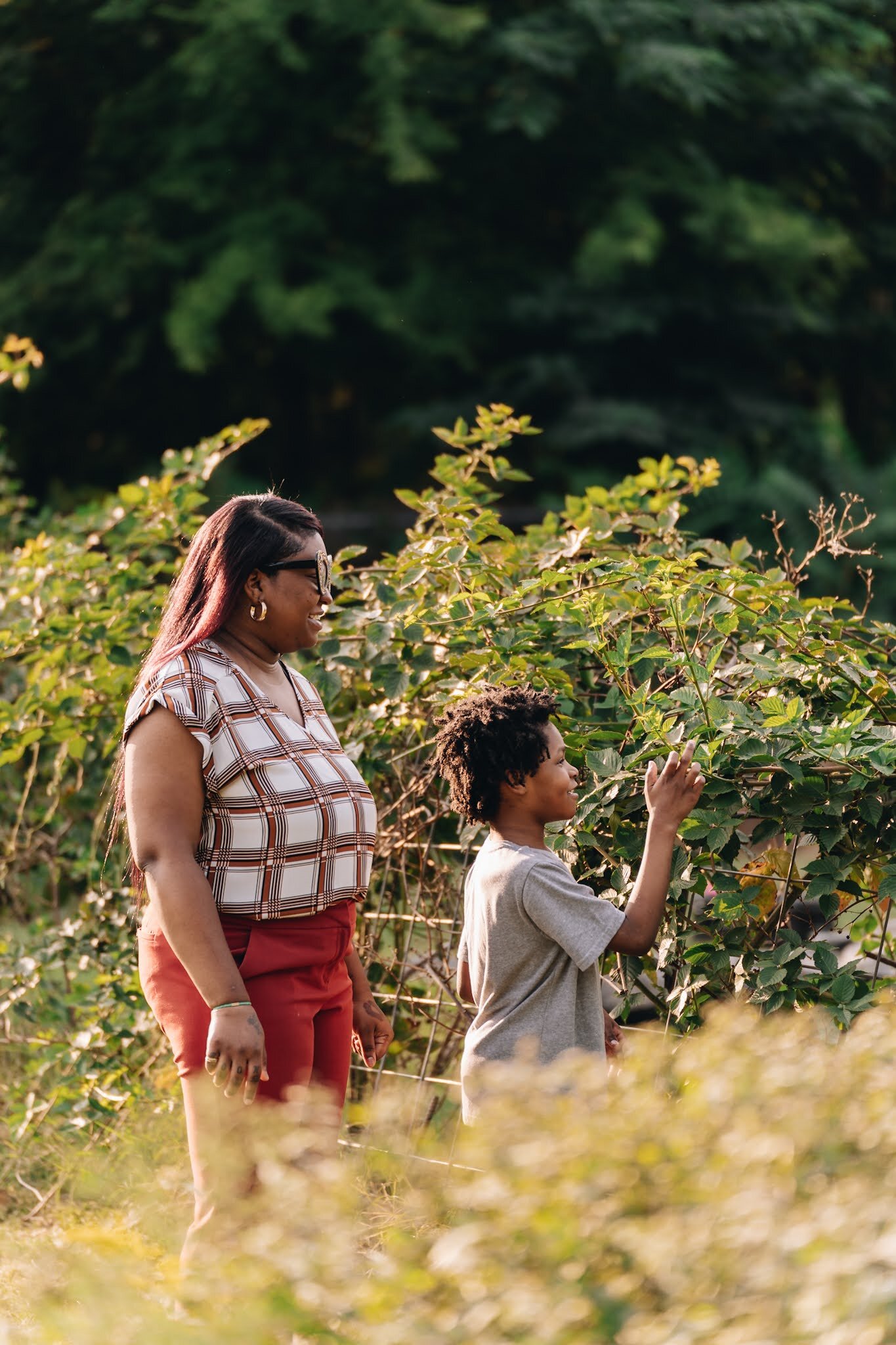 Since completing the program, I’ve started my own indoor and outdoor herb and vegetable gardens and hydroponic garden in order to have continuous access to healthy foods and educate my son on the history of Southern farming and the importance of Black farmers in the South.

I hope to use my newly acquired knowledge acquired to educate and encourage youth to start their own gardens and to value local food sources. I’m looking forward to seeing more gardens pop up in the city!

A Community Market Comes to Cordova