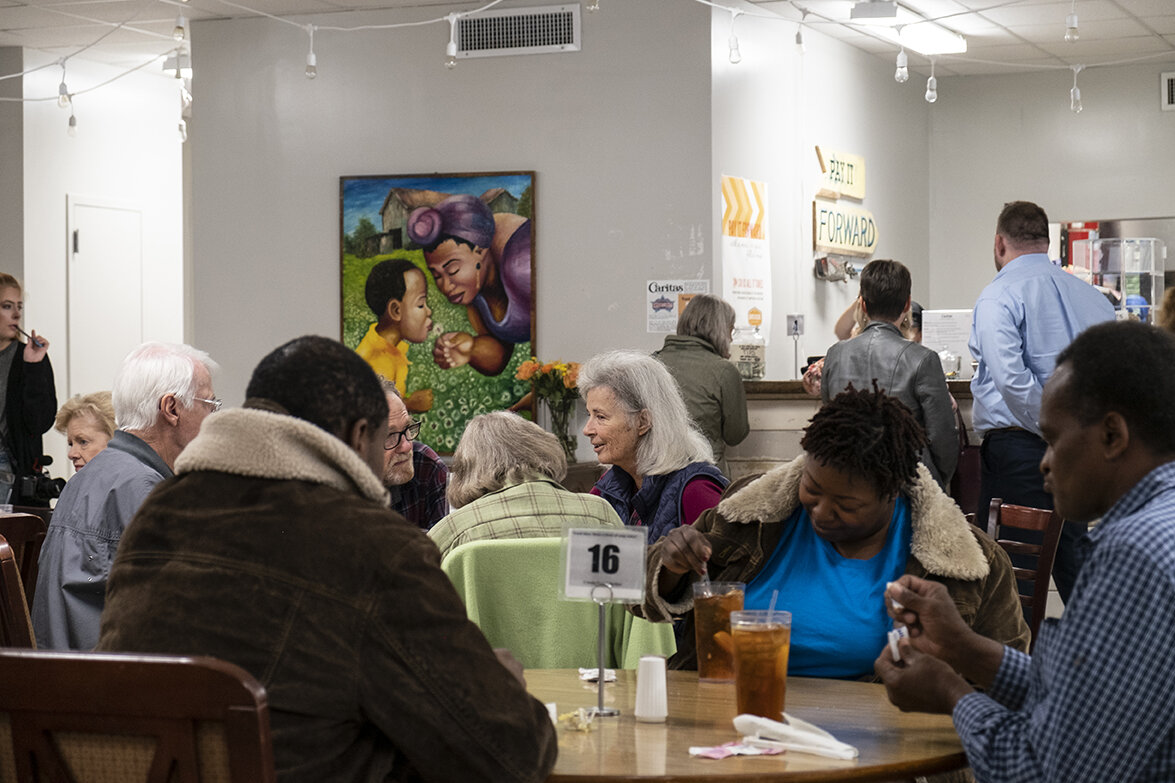 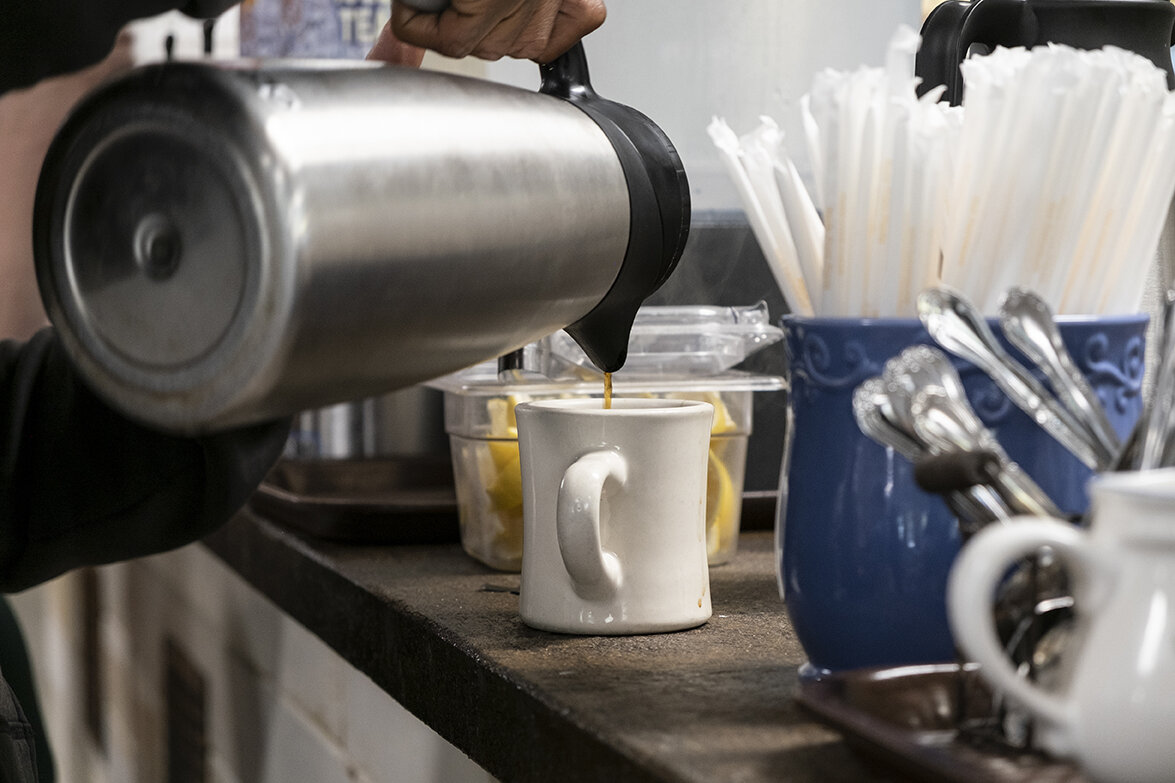 The sun won’t be up for two hours, but already I’m running through ideas in my head for today’s menu. The crates upon crates of farm-fresh produce stacked in my dry goods area and refrigerators need to be triaged, processed and transformed into deliciousness before they go south. But there’s no way I can get to it all in one three-and-a-half-hour prep session. Priority one is getting the spaghetti squash hacked into two and roasted, guts scooped and thrown into a sofrito of bacon, onion, thyme, garlic and maple syrup where it will slowly caramelize. The new cauliflower gratin was bland yesterday. Most of it came back to the kitchen. I think all it needs is more pecorino and maybe a squirt or two of black truffle oil. I need to hit the ground running. With those two items, I could very easily not be set up by 11 a.m. And I’ll still need to make coq au vin (total stove hog), polenta and Mac Edwards’s recipe for turnip greens; cook Miles Tamboli’s casarecce; load up all of my inserts with garlic, Parmesan cheese, chopped parsley, green onions, caramelized onions, creole mustard and softened butter; and cut the watermelon. Oh, and I need to come up with a “house plate,” the freebie we give out to those less fortunate. Because of the time crunch, they’ll probably get coq au vin too. 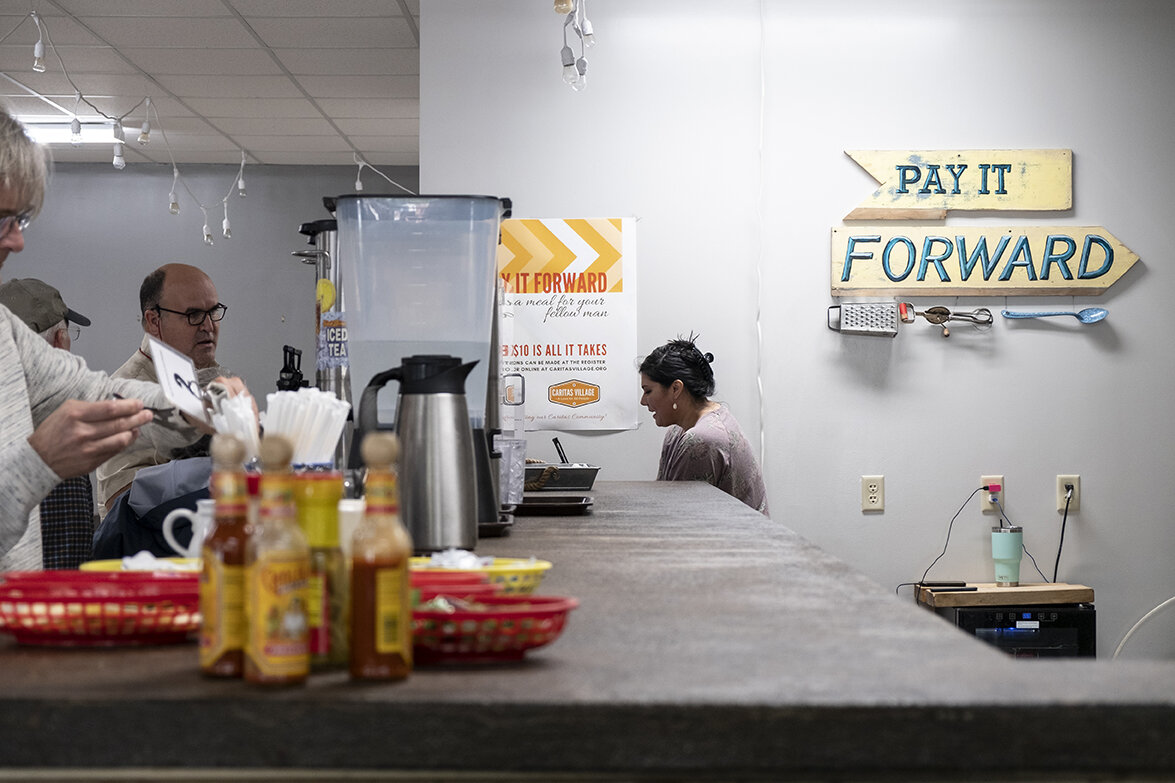 Richard Simmons, our renegade tomato farmer, is blowing up my Facebook messenger with random observations on heirloom Japanese eggplant—something about “seeds first discovered in 1529 in Kumamoto-Ken prefecture” being ideal for growing in the hot Memphis summers. I text back, “That’s great buddy, but get some sleep…seriously.” To which he replies, “Don’t forget I’m bringing you those costata romanescos (oversized Italian zucchinis) today too.” 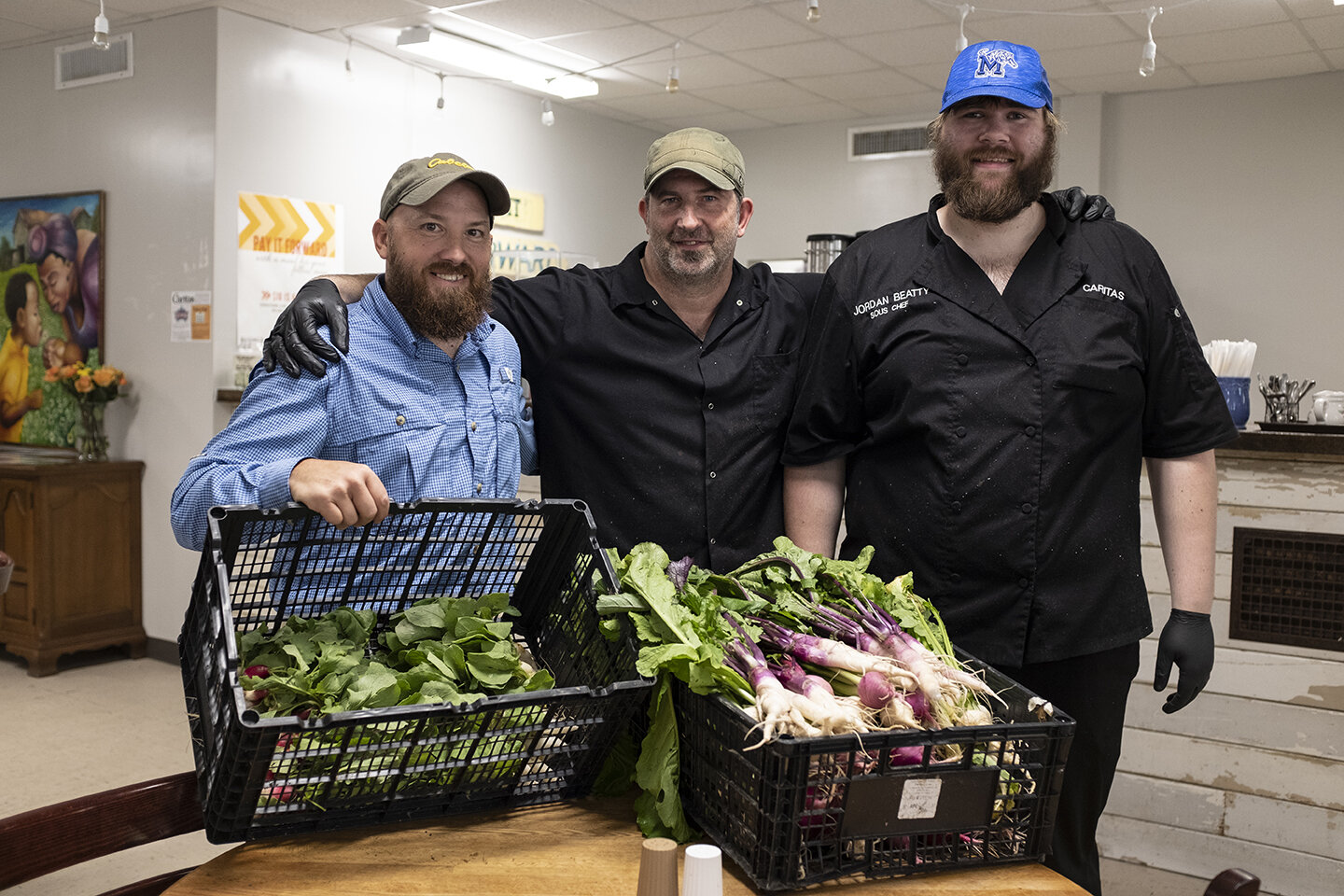 Most chefs refuse the gigantic specimens, but I’ve found a way to braise them in wine, garlic and balsamic that’s transcendental. Richard is tickled that I love them as much as he does.

I slam the cold remnants of my coffee and head to work. 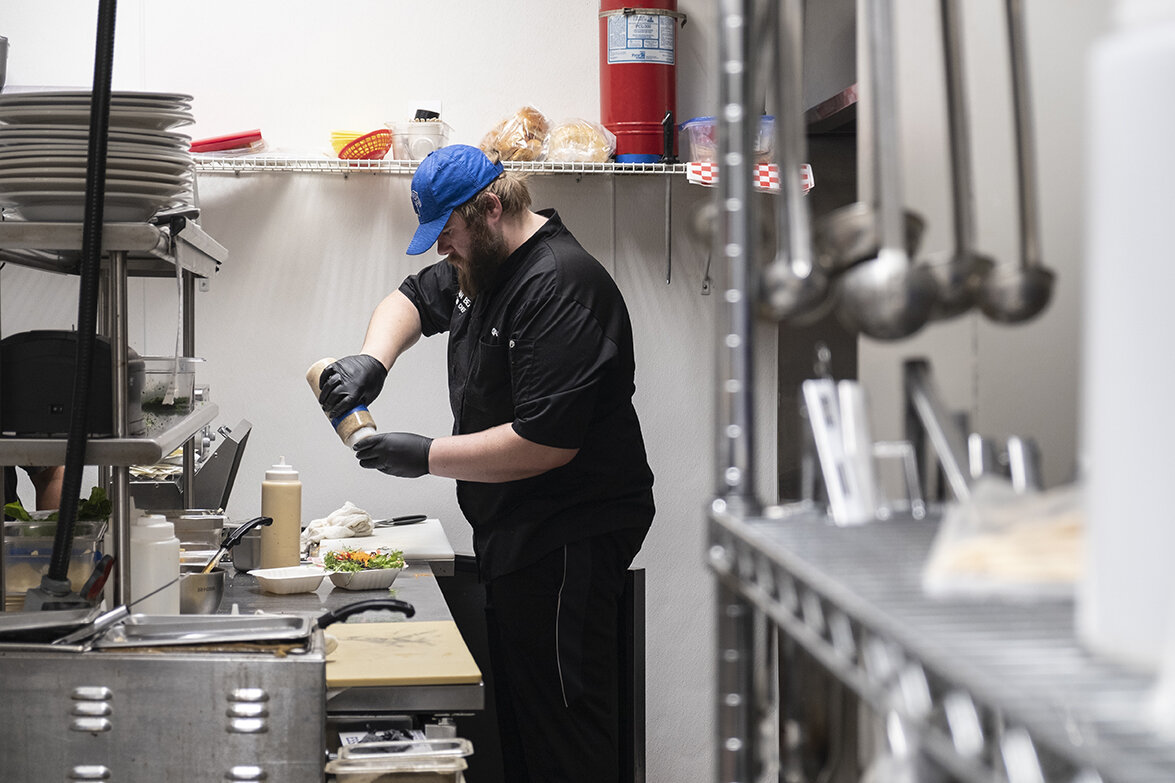 By the time I dash into the kitchen, Jordan Beatty, my sturdy sous-chef, already has the ovens full of mise en place: the quartered red potatoes, Marmilu Farms chicken breasts, my spaghetti squash, bacon and cauliflower. I tell him Richard’s bringing more heirloom tomatoes that will be served with Miles’s burrata, smoked apple cider vinegar/maple reduction and sourdough. 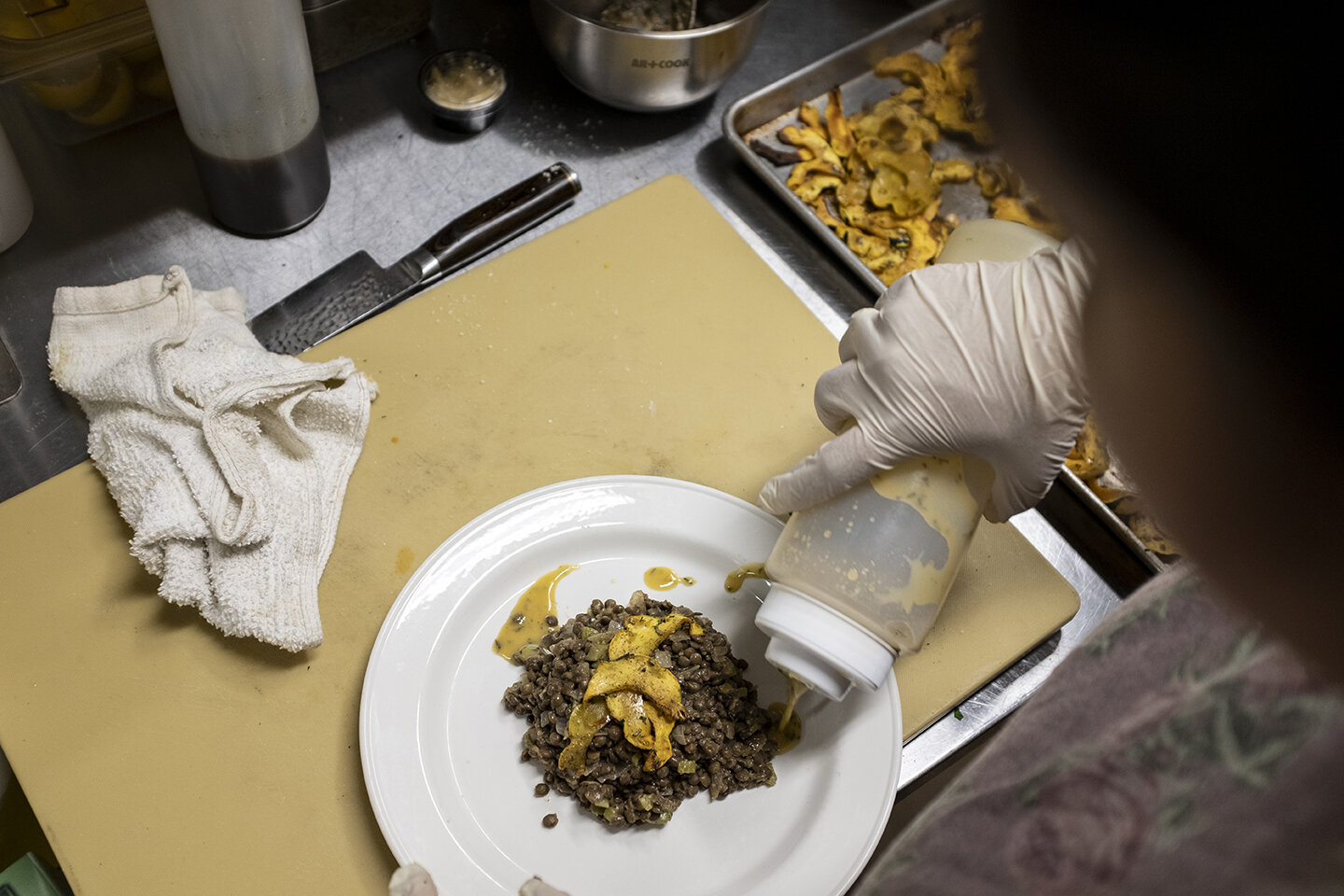 I tell him this because this dish comes off his already impossible-to-manage station. Instead of getting pissy like most cooks would, the news elicits a beaming smile through his thick beard. “That sounds delicious, sir,” he says. I love the guy. No matter how much I pile on him, he gives me nothing but positive energy.

My wife, Kristin McMillin, our executive director and pastry chef, shows up with bags of used clothes, bric-a-brac and pantry items for our less fortunate. She kisses me on the cheek and, annoyed, wipes away the sweat on her lips and starts arranging the free items on the bookshelves by the front door. 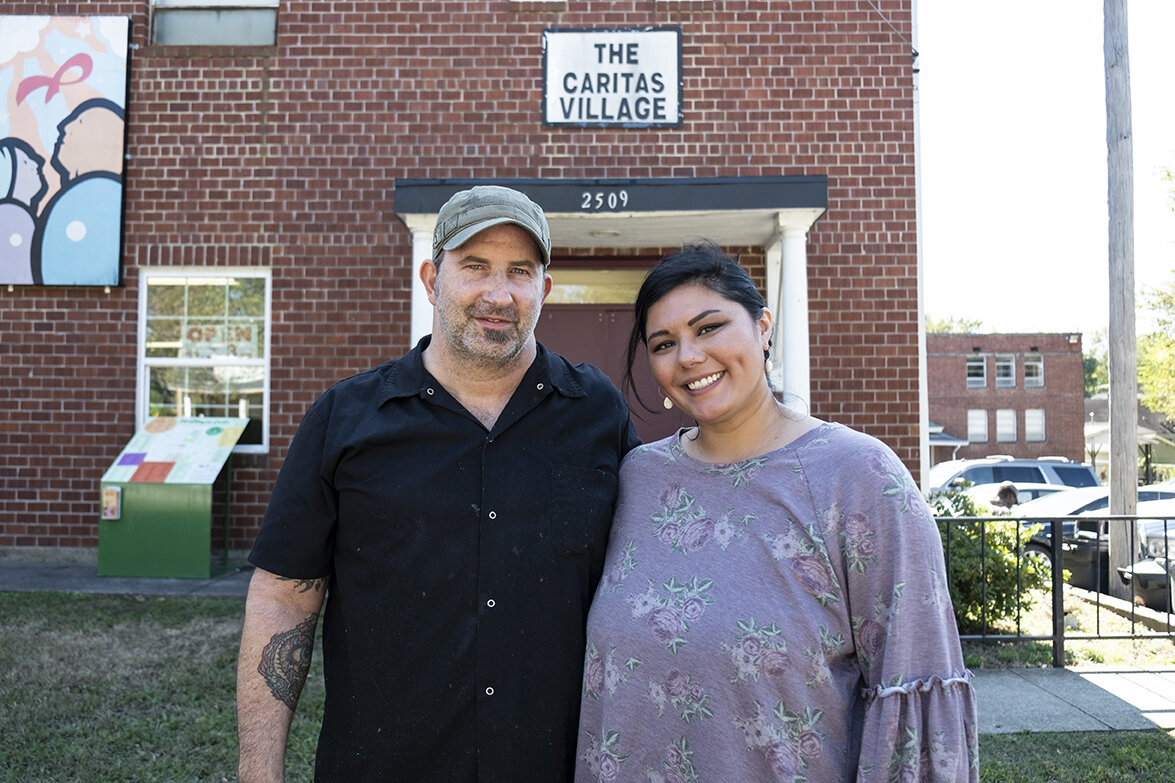 I watch her lovingly fold each ratty shirt, each outdated pair of slacks, like she was refolding expensive clothes at Macy’s. “How did I get so lucky?” I think to myself. The tender moment is lost when she informs me, “I don’t have time to mess with that cake today. You’re gonna have to finish it and make the sauce.” I add that to my prep list. 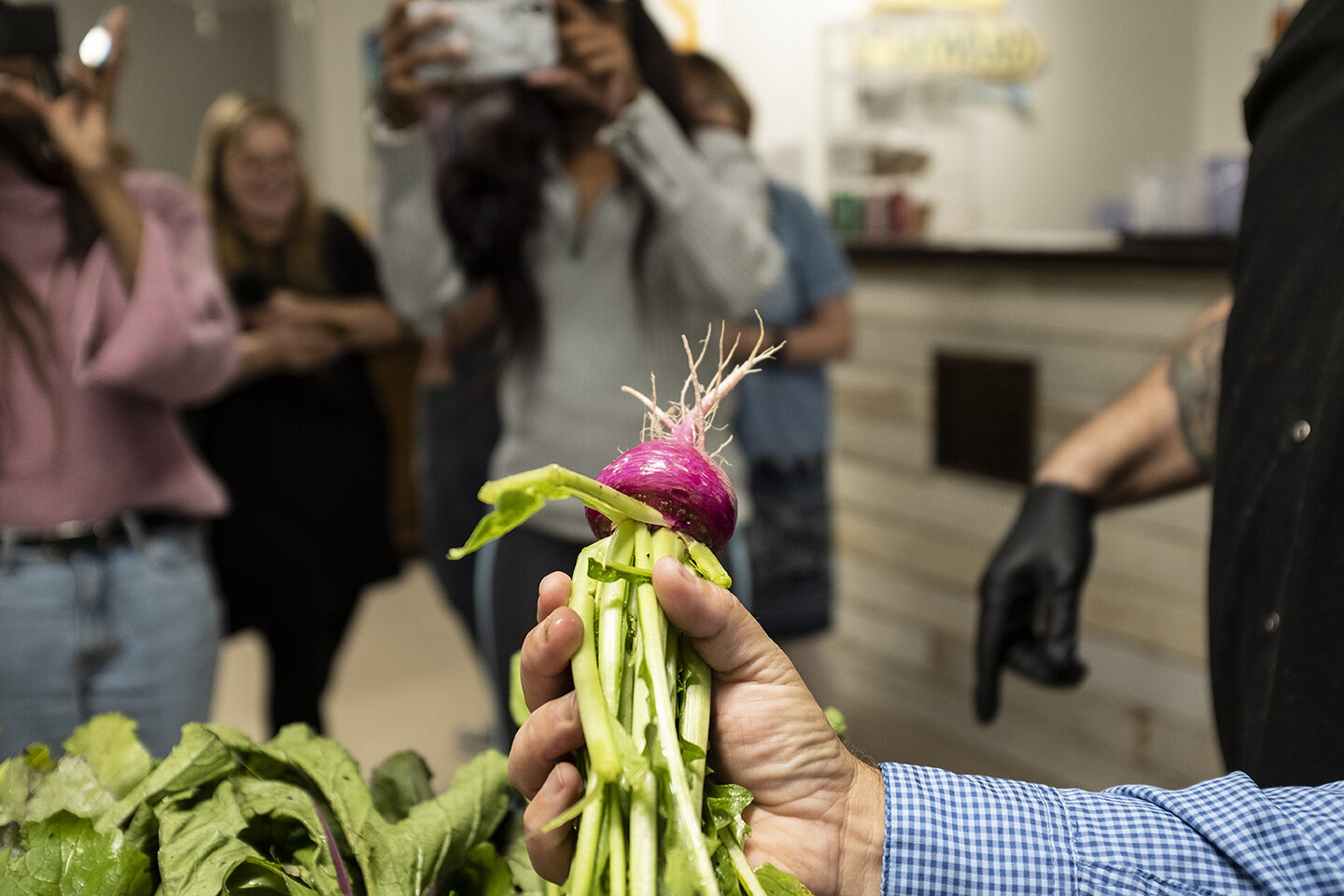 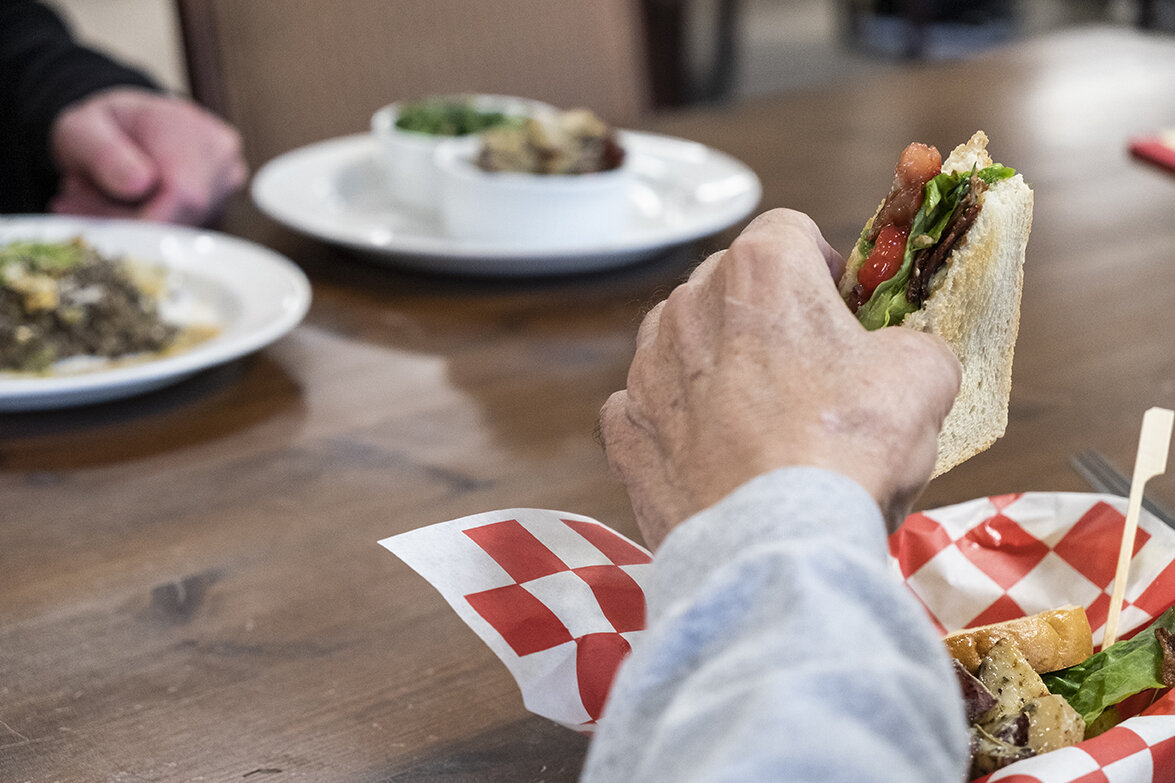 I’m in fight-or-flight mode. I vacillate between feelings of failure and success. There’s no way I’m going to be set up. The coq au vin still needs 30 minutes to braise. And I still have to strain the sauce, thicken it, adjust the seasoning and strain it again into a bain-marie. Hopefully, no one orders coq au vin right away. I feel a wave about to crash over me but shift into the next gear and miraculously put the finishing touches on my mise en place before time expires.

Right on cue, the free-plate-lunch folks line up at the register for their coq au vin. There are four of them, then eight, then 10. They keep coming, unabated. I pat Jordan on the back, ask him if he’s ready (a question he’s never said no to) and assume my battle station. 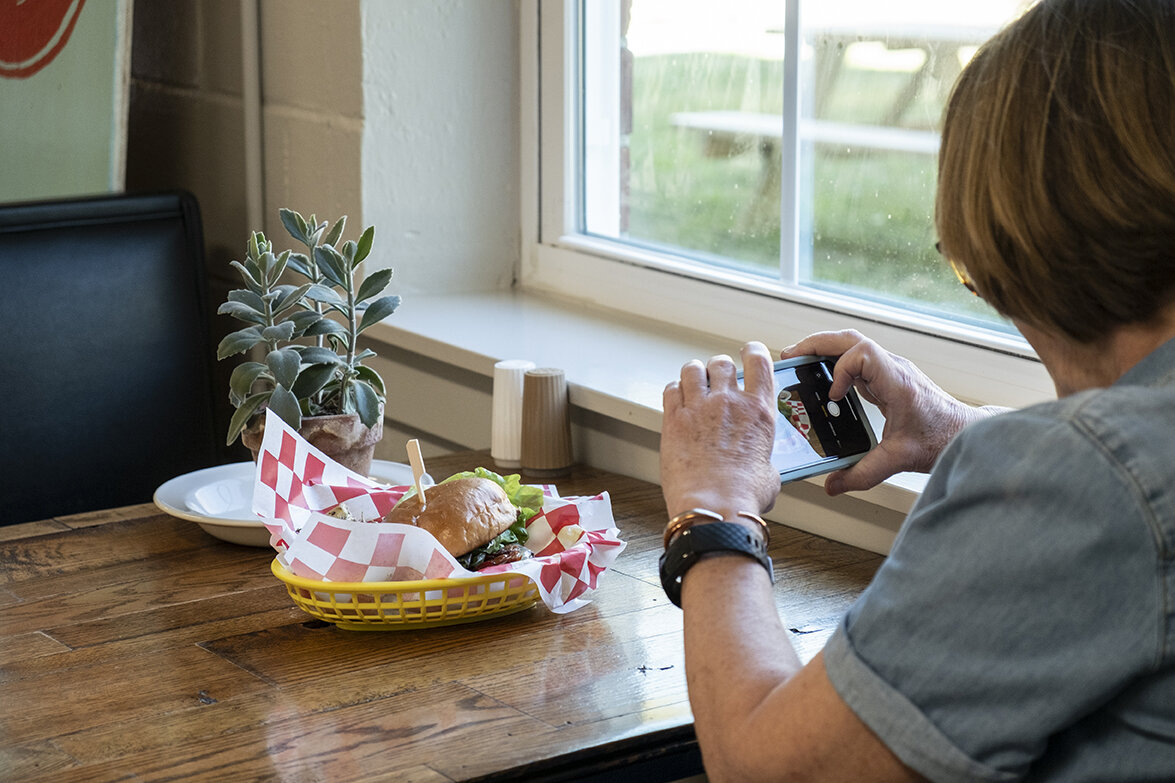 “Order in! Ten house plates!” Eddie Thomas, our most tenured volunteer, says with just a little too much adrenaline as she slams the first handwritten ticket down on the pass-through window. It rattles my hair trigger nerves. The house plates come off my station today, as do the daily specials and vegetable plates. In fact, 70 percent of the food leaving the kitchen today will come off my station. 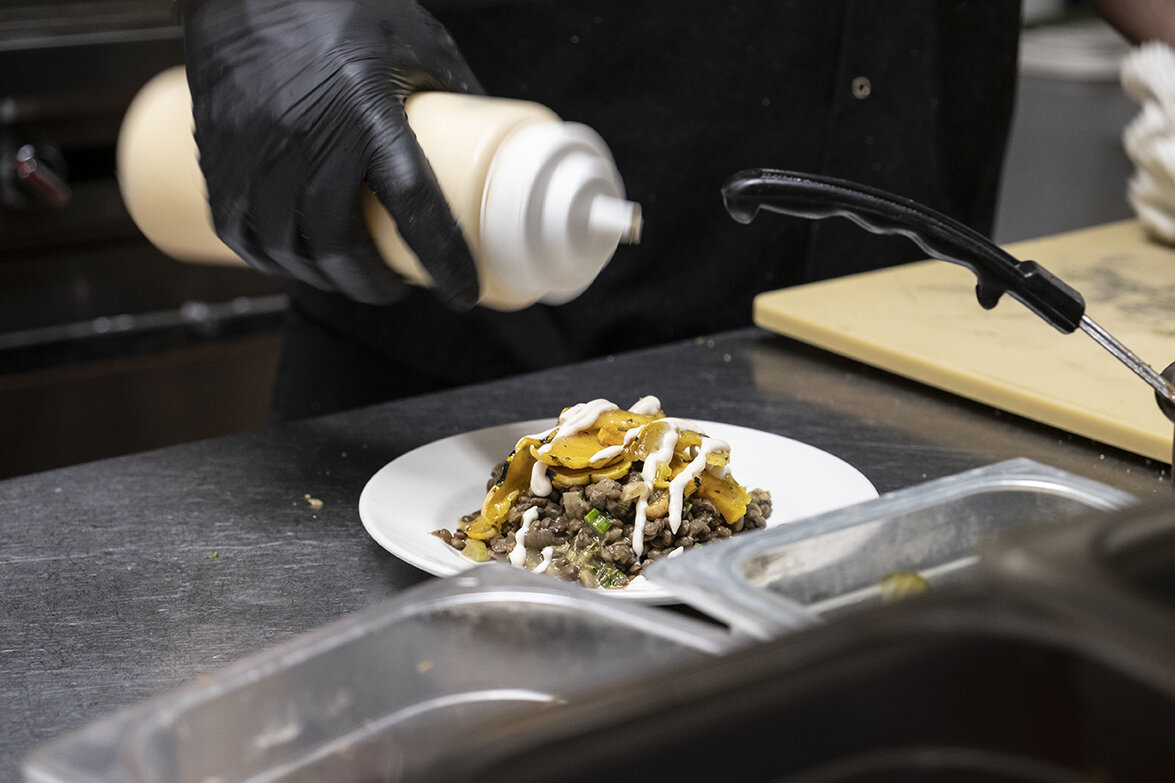 I dance between the stove and the pass, spastically trying to keep up.

Jordan lays out 10 wide-rimmed bowls into which I put buttered and parslied casarecce, a red wine-braised chicken thigh, sauce and a garnish of bacon, onion, mushroom and parsley. Kristin, who has assumed expediting duties, calls for runners. 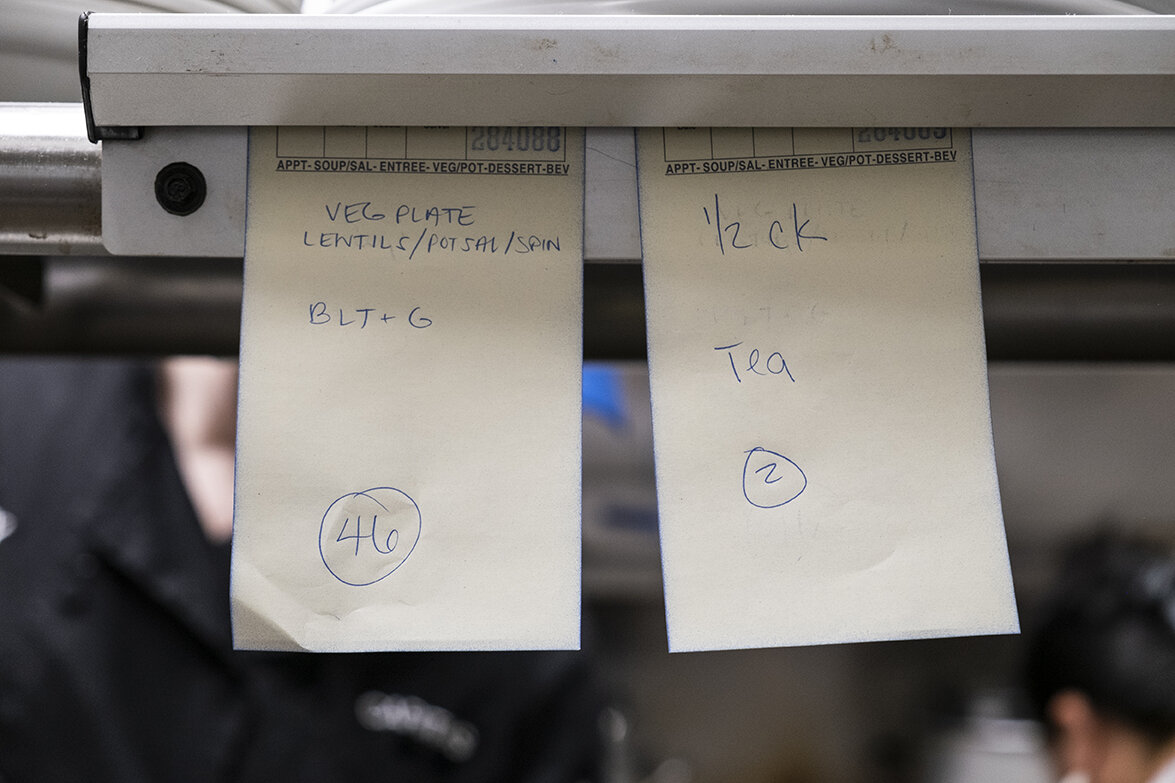 The restaurant is engulfed in a four-alarm caterwaul. I’m yelling for runners; Kristin is yelling in new orders; Eddie is oblivious to the chaos and is trying to tell me a story about the time she met Mike Conley. I can’t fit her story into my brain so I tell her to go out into the dining room and kiss babies.

The unified roar in the dining room trumps individual conversations, and customers are leaning in to each other to converse. The room is electric. 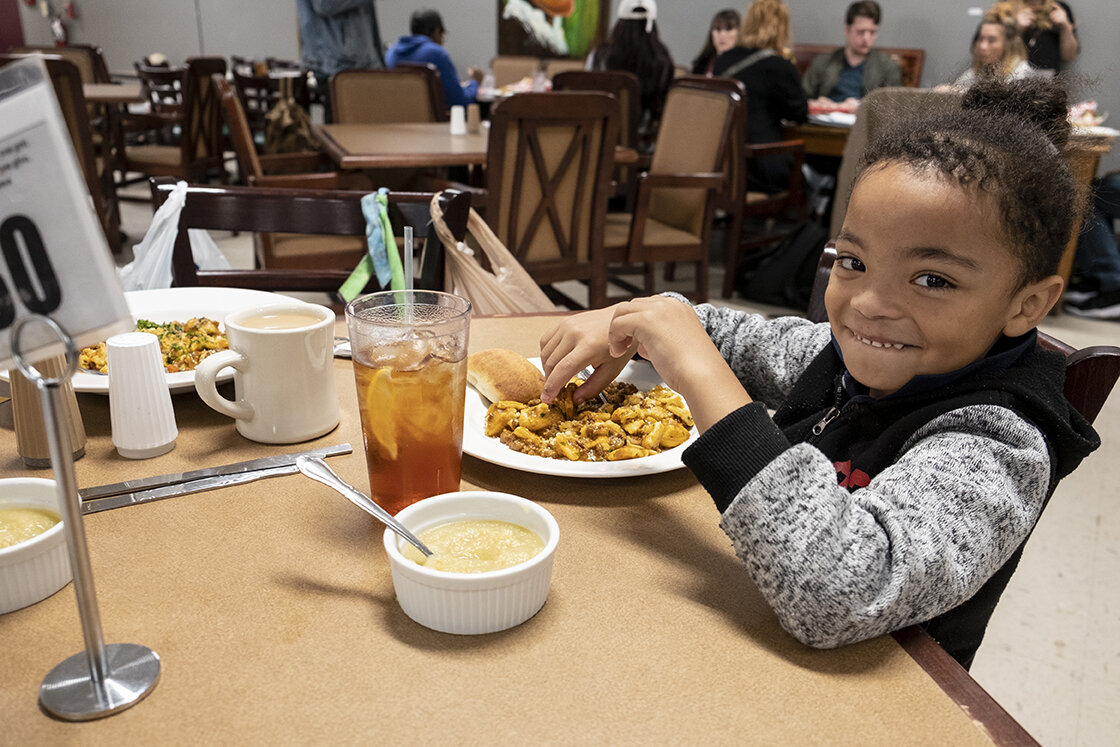 The line of folks waiting to place their orders with Kat, our volunteer cashier, is at least 15 deep most of the day.

But like a culinary swat team, Jordan and I deftly throw back everything thrown at us.

Service is a blur of vegetable plates, specials, sloppy joes, burgers, tuna melts, pig macs, quesadillas, raised voices, laser focus—and then, with an all-clear from Kristin, it’s over. “Good job, y’all. That was awesome,” she says before heading back to the office to perform her administrative duties. 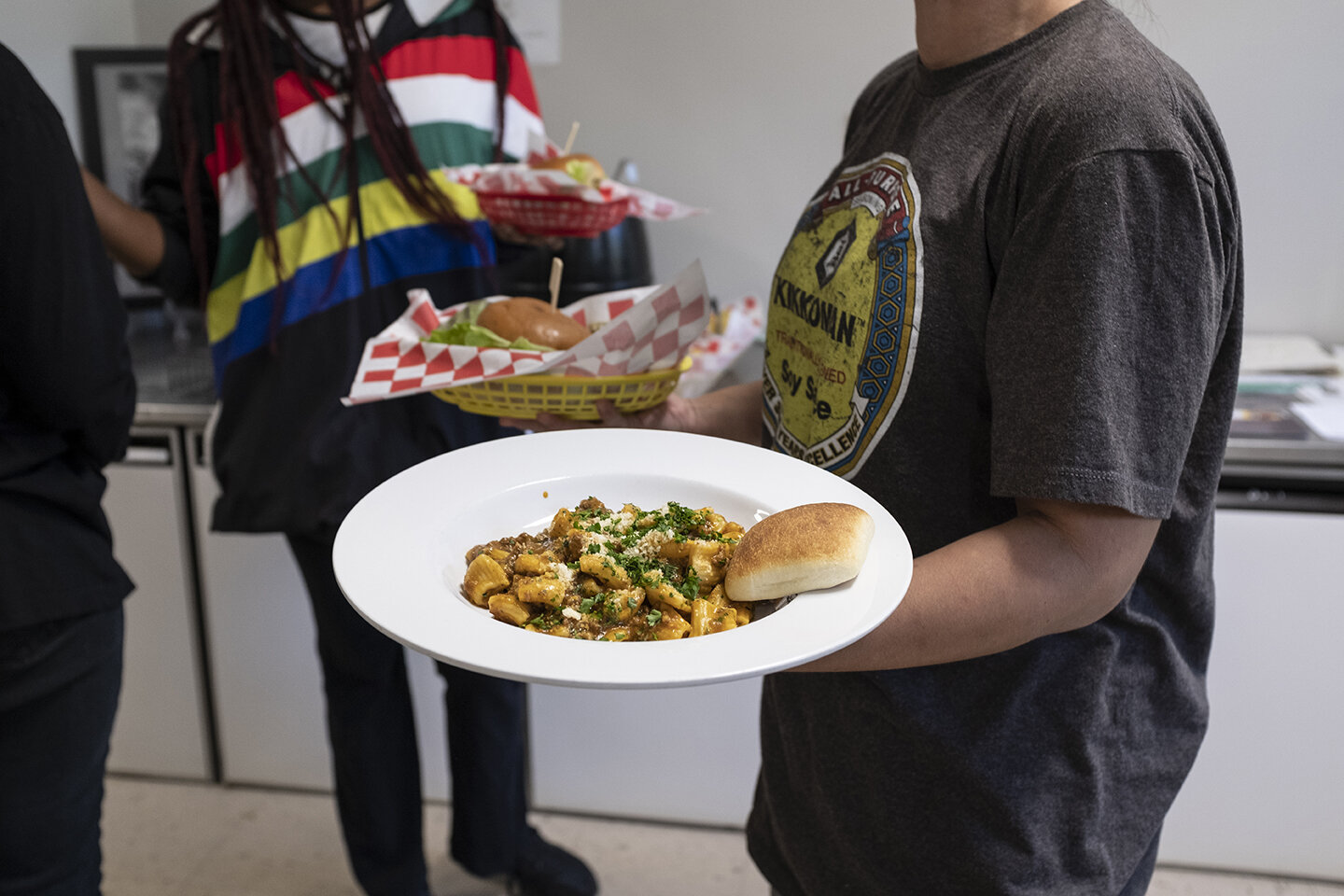 I leave the destroyed kitchen to meet with my Ben E. Keith rep and all-around swell guy, Hunter Colvin. We talk shop for a few minutes: who’s busy, who’s not, who has defected from Sysco and joined their ranks. I tell him what I need and leave abruptly to check in my New South Memphis produce order: Winchester Farm spaghetti squash, Falcon Ridge Farm heirloom delicata squash, Mike’s Produce watermelon, Rosecreek Farms baby greens, and Sungold tomatoes from some small family farm. All of it looks immaculate. 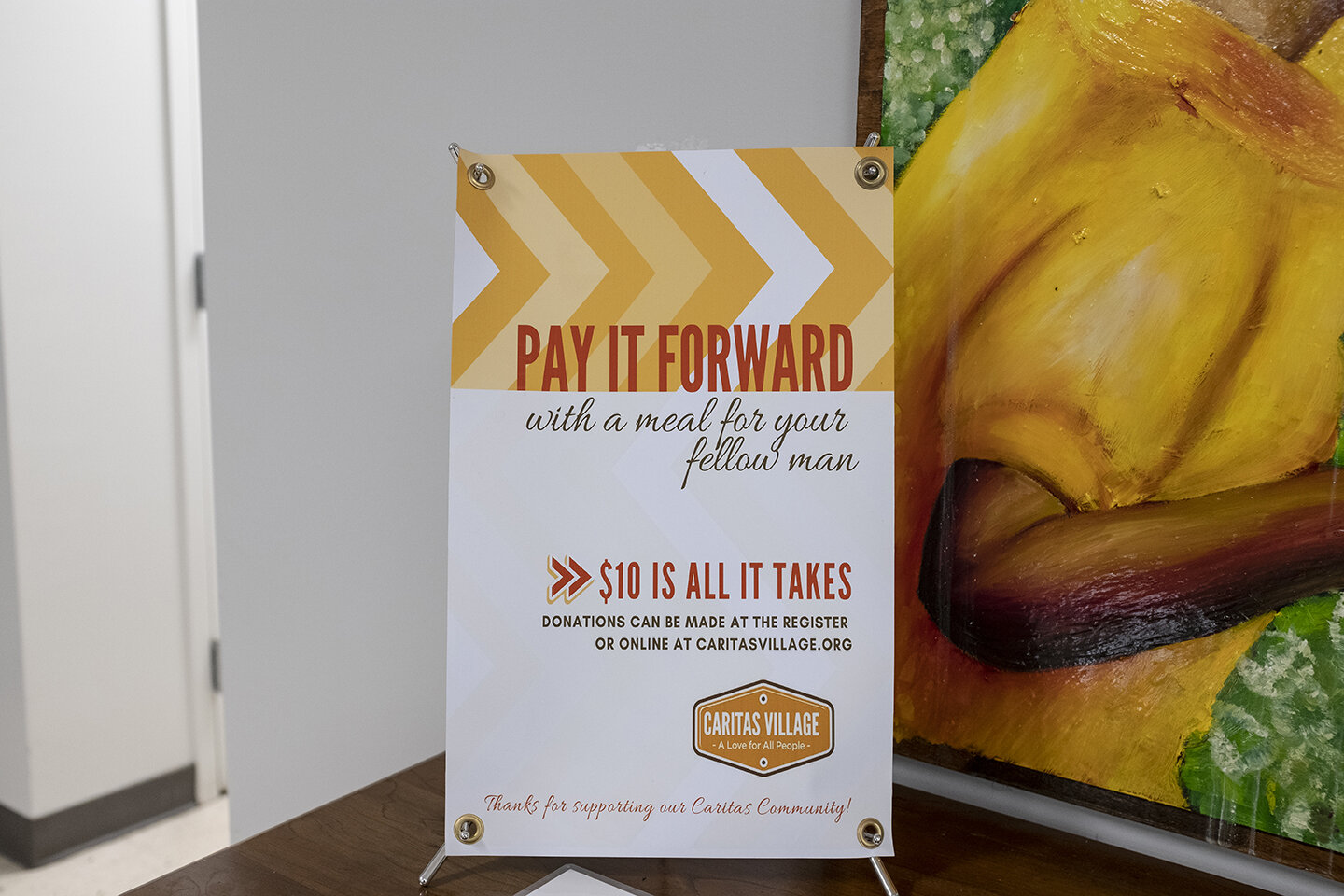 I shake the driver’s hand and send him on his way. A few minutes later Blake Singleteary from Marmilu Farms comes running through my dining room with bags of fresh chicken, pork and beef. He proudly informs me he’s personally donated a few extra pounds of each protein, a bone he often throws at me for ordering exclusively from them. He also “donates” a full strip loin that his last stop refused. I don’t ask any questions, shake his hand, tell him I appreciate the hell out of him and put the order away. 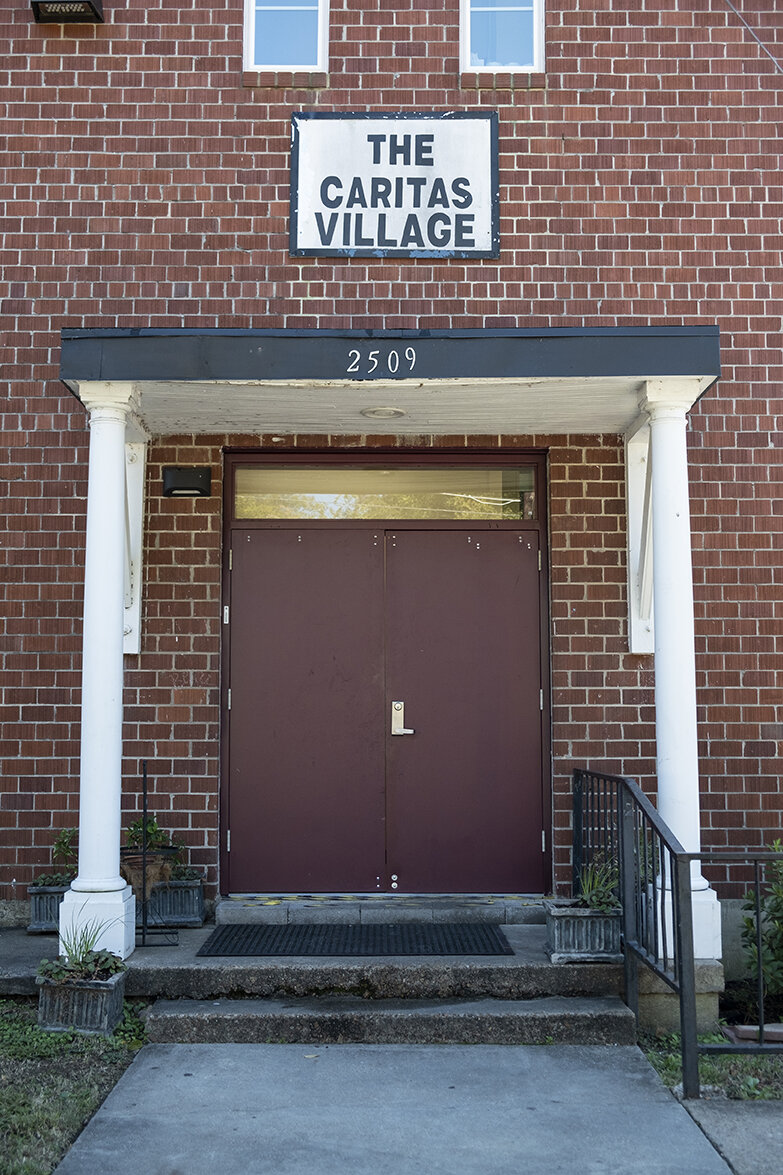 Before leaving, I check in with Jordan, who’s in the middle of mopping. He’s got the Soundgarden so loud that he can’t hear me. I give him a salute through Chris Cornell’s ungodly screaming, wait for the affirmative response and head out feeling pretty damn good knowing we’ve done it again.

Spencer McMillin has been cooking professionally in various capacities since 1983. Starting in the dish room, he has dabbled in pizza making, bread baking, pastry, line cooking, sous-cheffing, executive cheffing, hospitality industry consulting, food writing and teaching in his 36-year career. He’s currently the head chef at Caritas Community Center and Cafe and personal chef for Kyle Anderson of the Memphis Grizzlies. @spencermcmillin