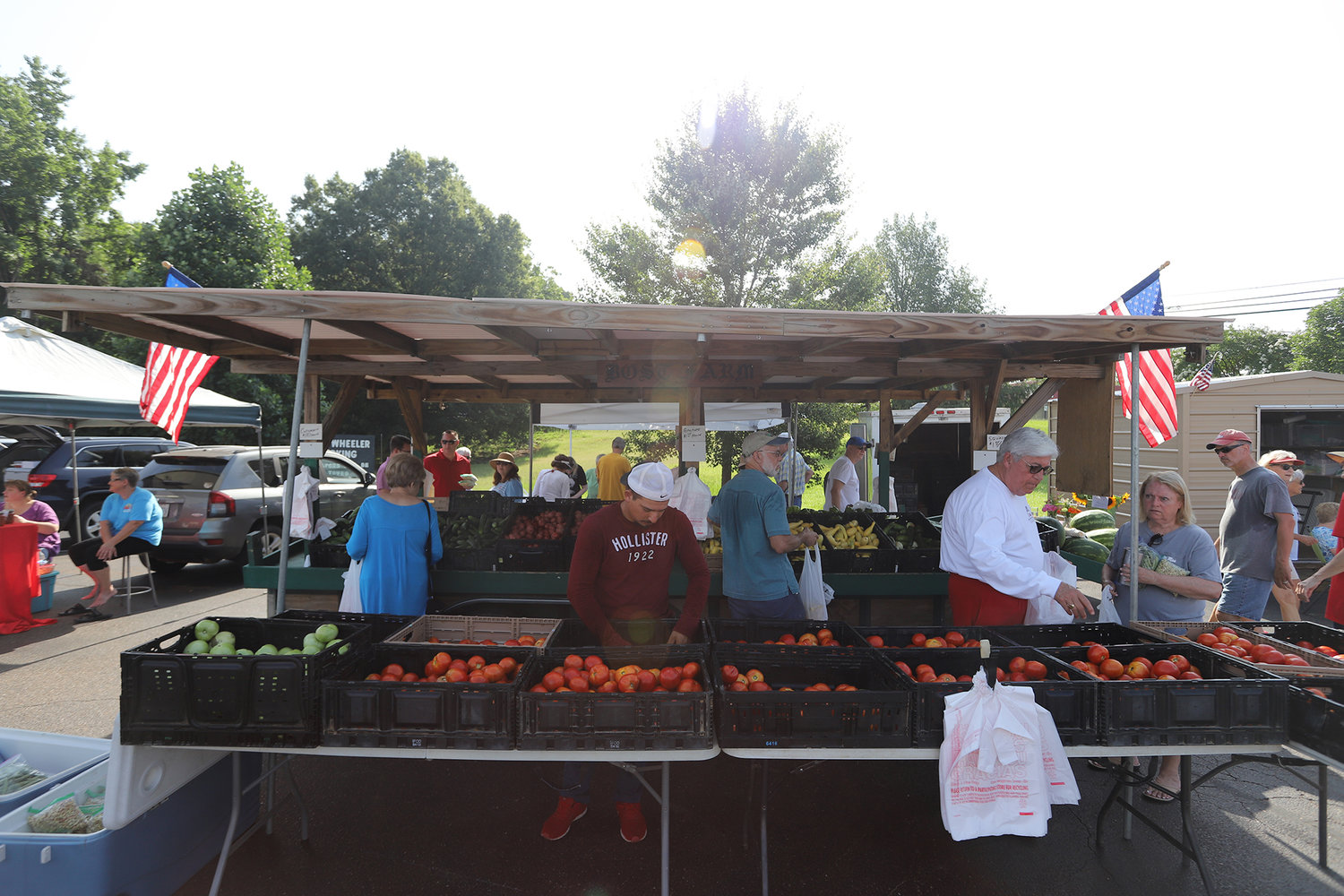 Forget football—for me Oxford is all about food. It’s an hour-and-a-half drive, which makes it perfect for a day trip, but if you want to eat all of the things I’m about to mention, you might consider spending a night (or two). 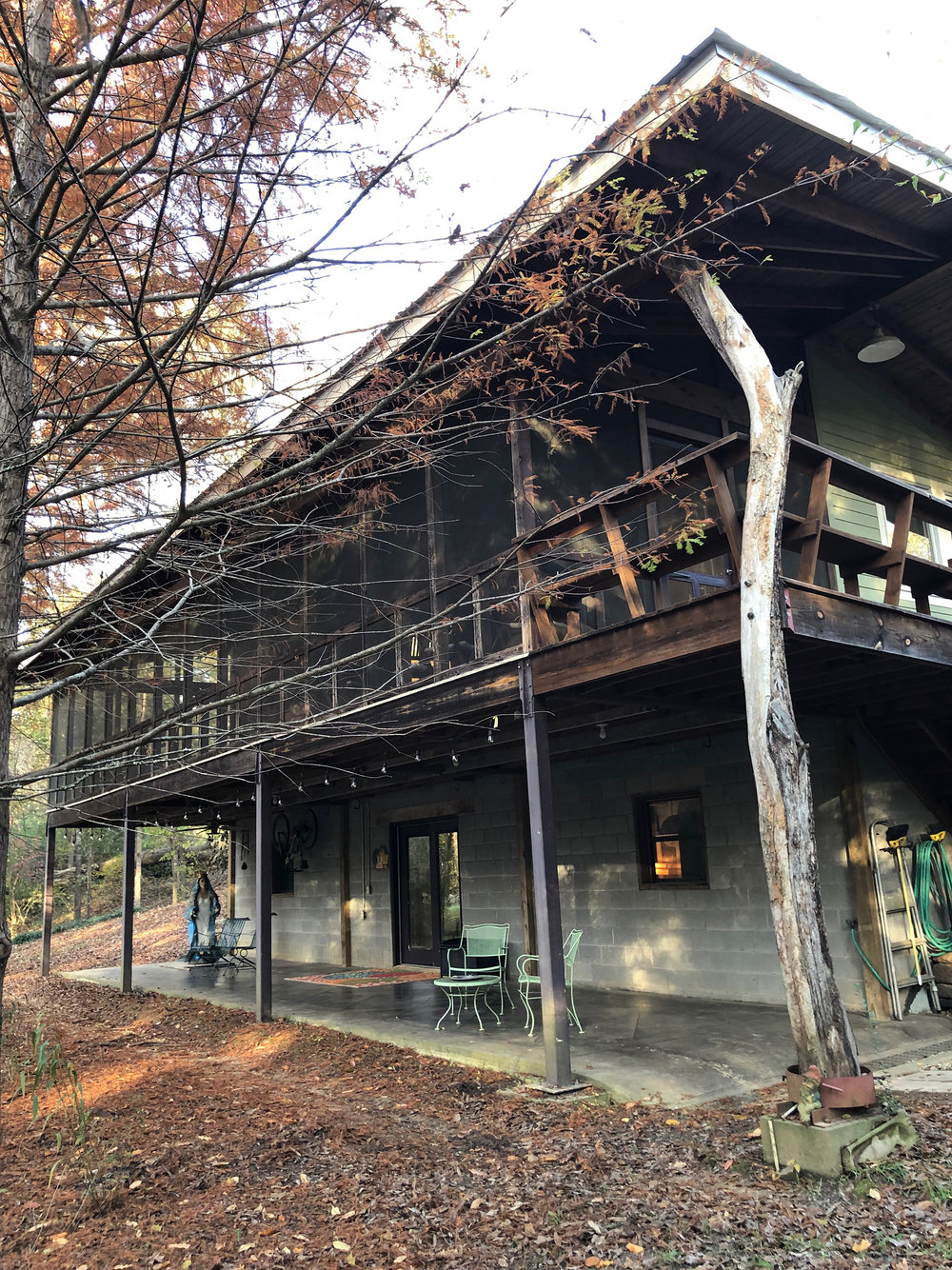 I typically stay at the Art Gallery Apartment (available through Airbnb) underneath the Oxford Treehouse Gallery; it’s a welcome retreat on a county road and less than seven miles from “the Square,” as downtown Oxford’s business district, built around the town square, is affectionately known. There’s a big patio, chickens roaming the property, and a very friendly cat. The hosts are super nice and artsy, lead community bicycle rides, and let you wander around the gallery at will. They also leave their guests really baked goods from Oxford’s Bottletree Bakery, and you can count on a few cold beers waiting in the fridge along with fresh milk and orange juice.

On our most recent visit, Richard—my favorite dude/emergency contact/photographer—and I stayed at the Graduate Oxford hotel, which is just off the Square. I really loved the college theme with its preppy decor, stylish rooms, communal lobby and most especially the rooftop bar. It was great to have a place close by to drop off shopping bags, store leftovers, relax and grab a cold beer between stops. (Check in is 4 p.m., but we arrived early and were granted a room at 10:30 a.m. Probably not a possibility during football season, but worth a try when school is out!) 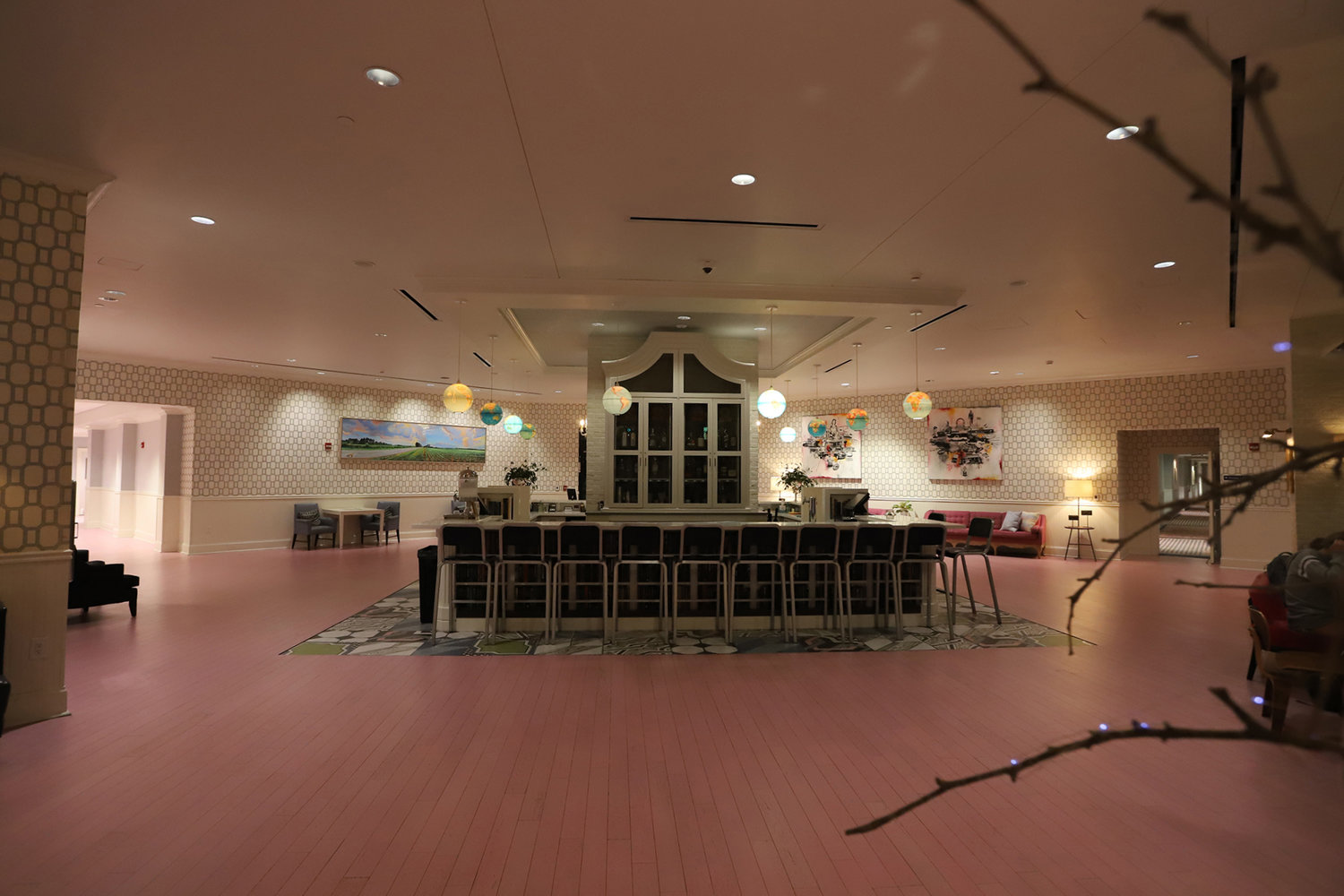 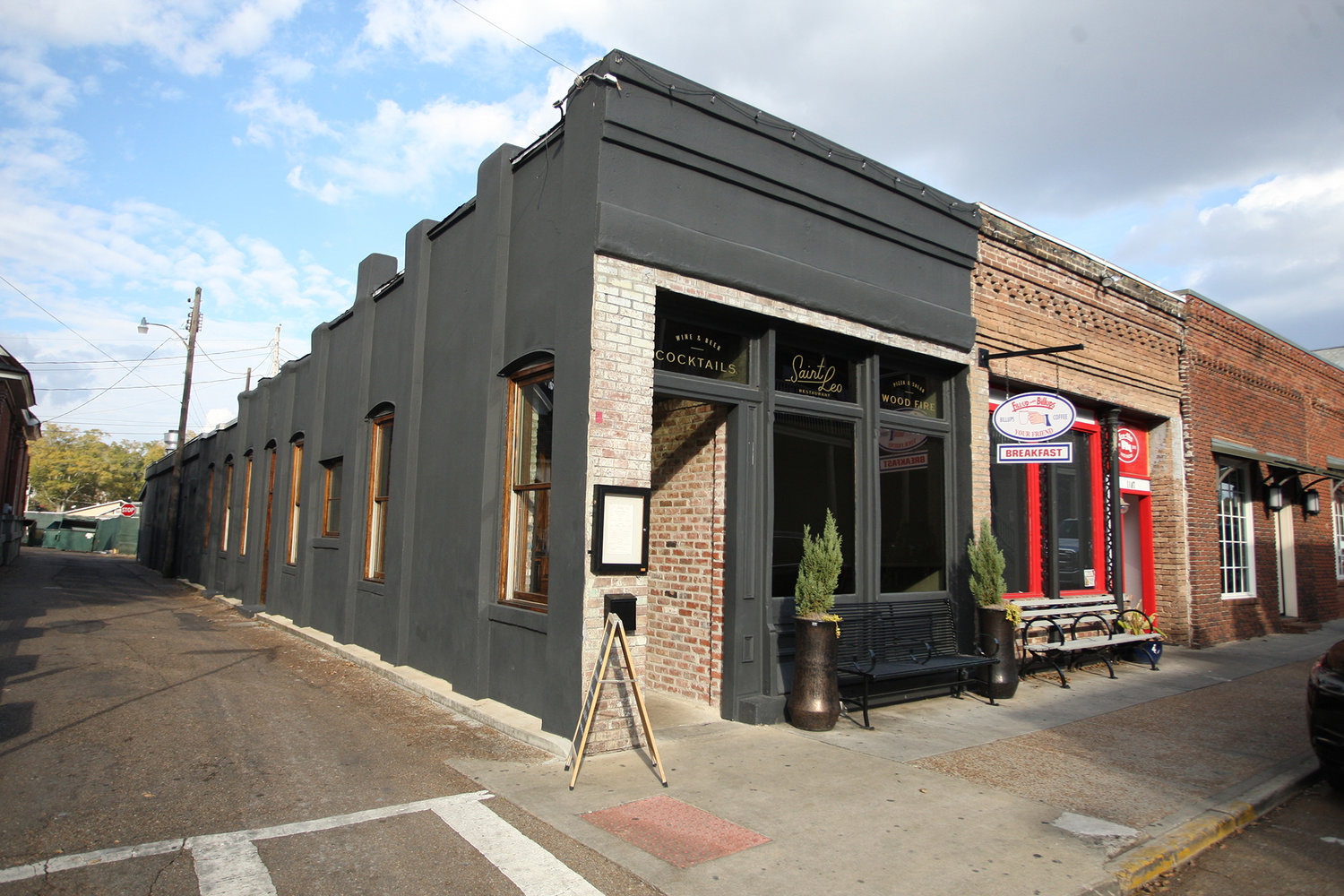 The number one reason a foodie is going to Oxford is to eat at Saint Leo.

This is a must. (But don’t go on a Tuesday, the one day they are closed!) Saint Leo specializes in wood-fired Italian cooking, in season, with locally sourced ingredients. Owner Emily Blount has done a great job of making this sweet little spot accessible to everyone. There are great happy hour specials from 3 to 5 p.m.—and, yes, you’ll have to try their famous Prosecco Pop (an organic raspberry and mint pop in a glass of Adami prosecco)—and brunch is on both Saturday and Sunday. Of course you can also have a delicious pizza for weekday lunch or a full-on fancy date-night dinner. (They serve until midnight on Friday and Saturday.)

At brunch, Richard ordered the carbonara with Home Place Pastures pork jowl. After the one bite he was willing to share, I realized that I have never once come close to making a real carbonara at home. The carbonara alone is worth the drive, though the current menu also has a tomato pie (!!!).

Emily was in town and generously gave us a tour of her new space, Saint Leo Lounge, just across the street. The lounge isn’t just for lounging; it was created with events in mind too. The large production kitchen allows for catering as well as making breads and pastries for the restaurant. They also plan to launch a tailgating menu for the fall. The regular bar menu features a second cocktail with a popsicle, cocktails on tap, and locally distilled gin from Wonderbird Spirits. There’s a dance floor, disco ball and late-night hours (4 p.m. to 1 a.m. Thursday to Saturday).

Maybe you’ve heard of another local Oxford chef by the name of Vishwesh Bhatt of Snackbar? He was recently named the 2019 James Beard Best Chef: South. No big deal. 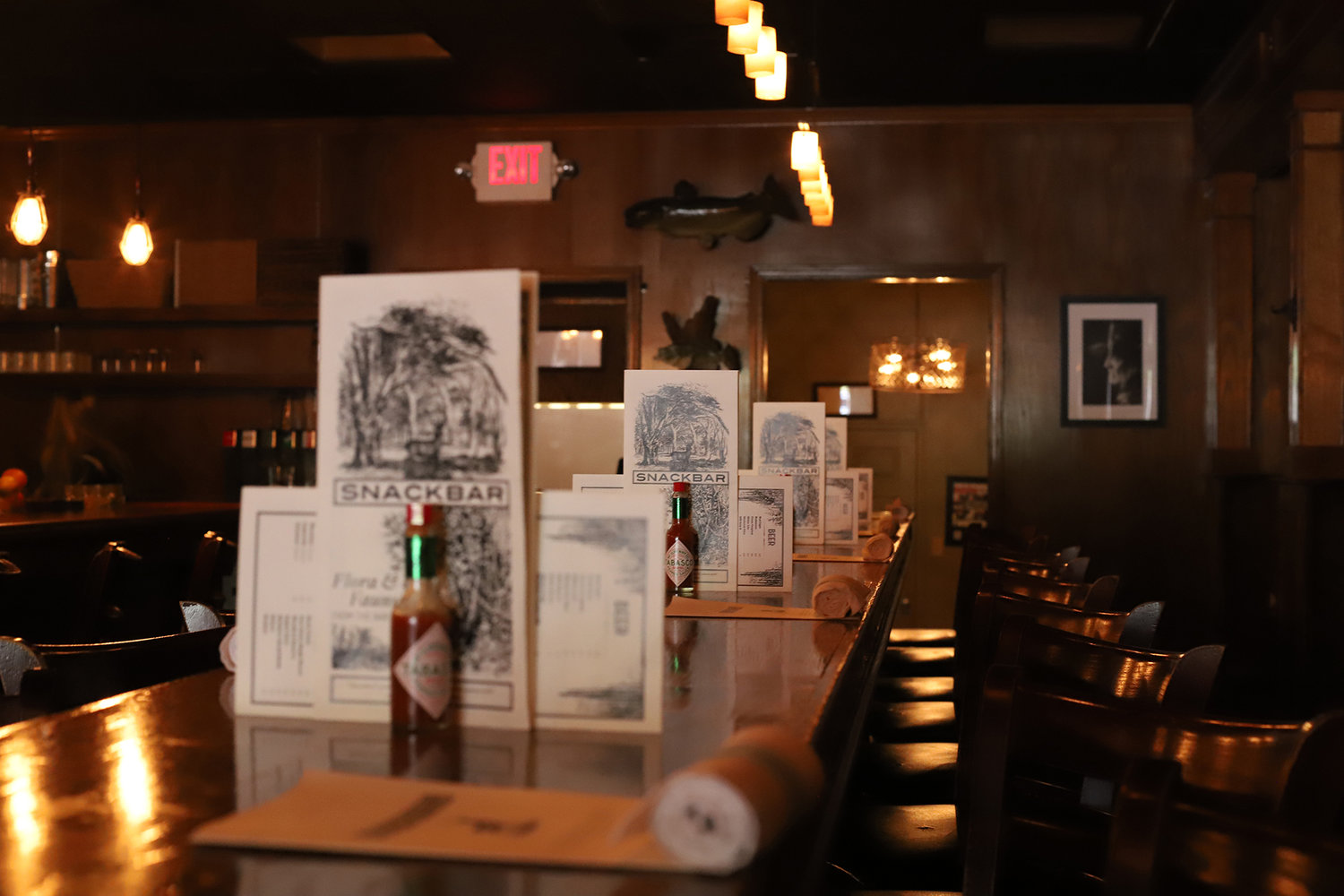 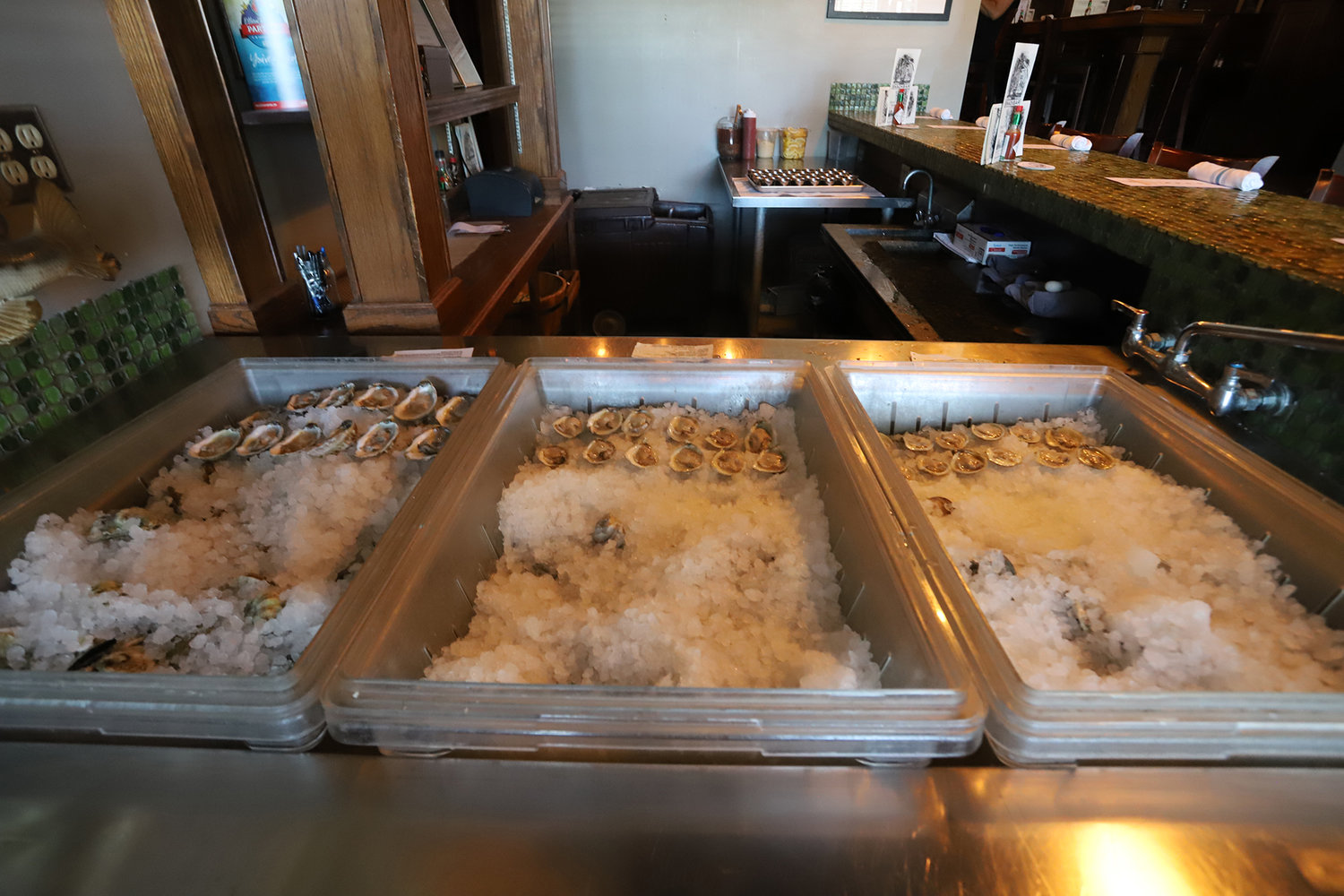 Snackbar, part of fellow James Beard winner John Currence’s restaurant group, is a quarter mile off the Square in a strip mall. Don’t let the exterior fool you.

Inside, the look is of an English hunting club, and Vish redefines his Southern dishes with flavors from India.

It’s a dark, somewhat romantic space with a full bar, raw bar and happy hour from 4 to 6 p.m. every day except Sunday, when they are closed. (My kind of happy hour—$2 domestics, $3 drafts, $4 glasses of wine and $5 cocktails!) There’s a “Damn Fine Burger” (made with beef from Home Place Pastures), charcuterie, seafood, pasta and my favorite—watermelon-cucumber chaat. I dare you to find something more refreshing to eat this summer.

We stopped in for happy hour and found Vish in the kitchen. He’s incredibly soft-spoken and way too humble in light of his recent accolades. We couldn’t get him to model his James Beard medal, but were thrilled to learn that he’s working on a cookbook that will tell his story. 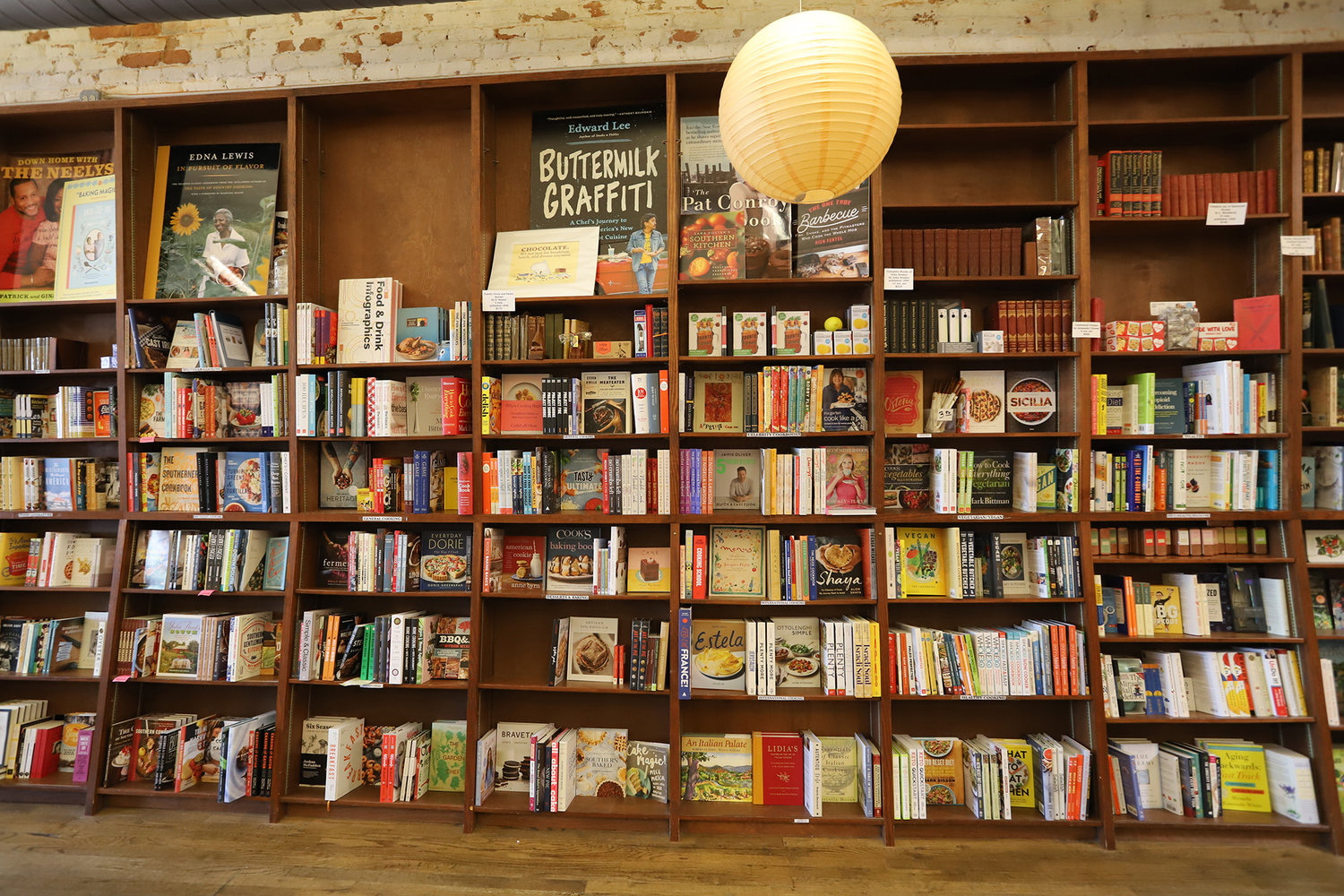 Speaking of, Square Books, which is the most magnificent independently owned bookstore in the South, has an incredible selection of cookbooks, many signed by the authors. I highly recommend thumbing through one or two with a cup of coffee on the second-story balcony. Just a few doors down, Off Square Books has the motherlode of cookbooks so be sure and check it out too.

(Across the Square is The End of All Music, which, while not directly food related, could help improve the soundtrack to cooking at home.) 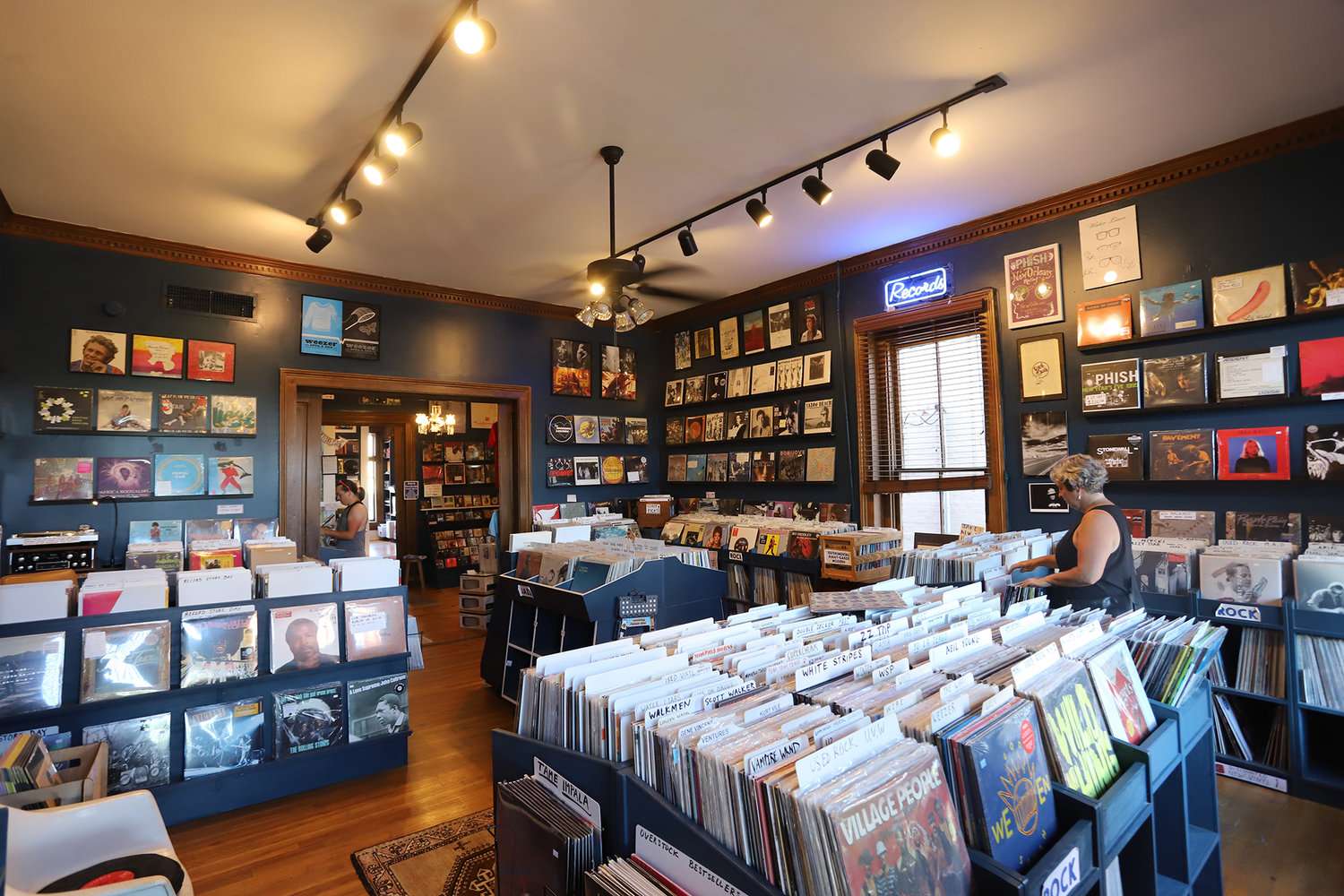 The End of All Music

Other fun shopping can be found at the Chicory Market.

You won’t find any gingham halter tops here, but they do have a café and over 100 products from local farmers. 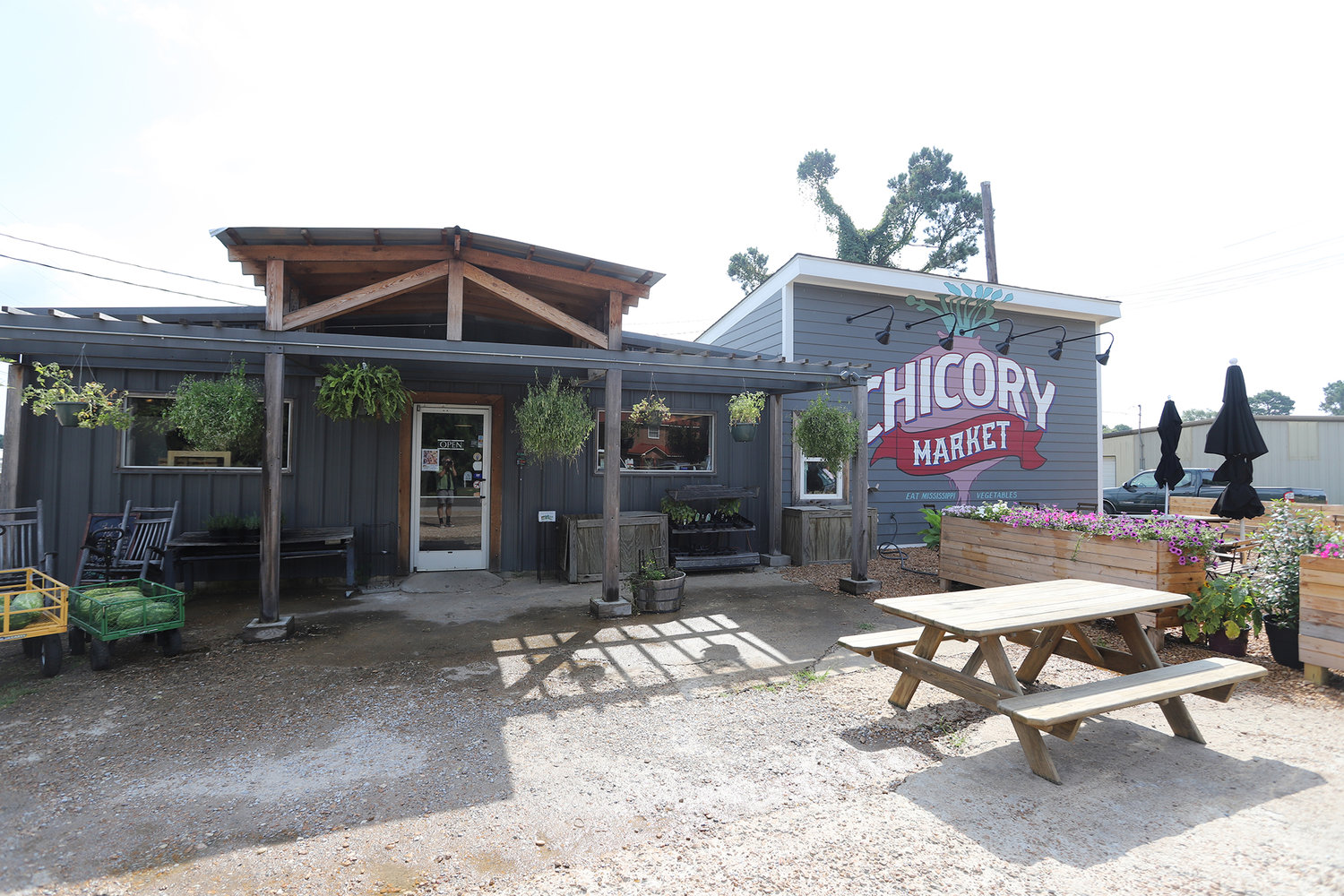 It’s like a year-round, indoor farmers market, but it’s quite small and charming. They also feature other sustainable goods like you might see at Whole Foods. On the day we stopped by, Hugh Balthrop of Sweet Magnolia Gelato Co., was there buying blueberries to make his ice cream. Owner John Martin was also there and gave us some great local tips and talked to us about several of the products he sells. We picked up some locally roasted coffee from Heartbreak Coffee, some beef jerky and some Deaton’s Bee Farm honey. Next time, I’ll bring my appetite (and a cooler to load up on Home Place Pastures meats)!

Oxford does indeed have a farmers market, two actually—The Mid-Town Farmers’ Market on Saturday and Wednesday mornings and the Oxford Community Market on Tuesday afternoons. We visited the Saturday morning market in the parking lot that is home to Snackbar. Even though we weren’t actually in need of fresh produce, I always enjoy meeting the producers and seeing what’s new or different from Memphis. The Saturday market is flanked by two excellent breakfast options, so there’s that too. Standing in line for Big Bad Breakfast is definitely worth it if you’ve never been. We opted to try the Oxford Canteen, which had no line and no waiting and offers breakfast tacos, avocado toast and iced Vietnamese coffee. Built in an old gas station, it’s super cute and has lots of patio space. 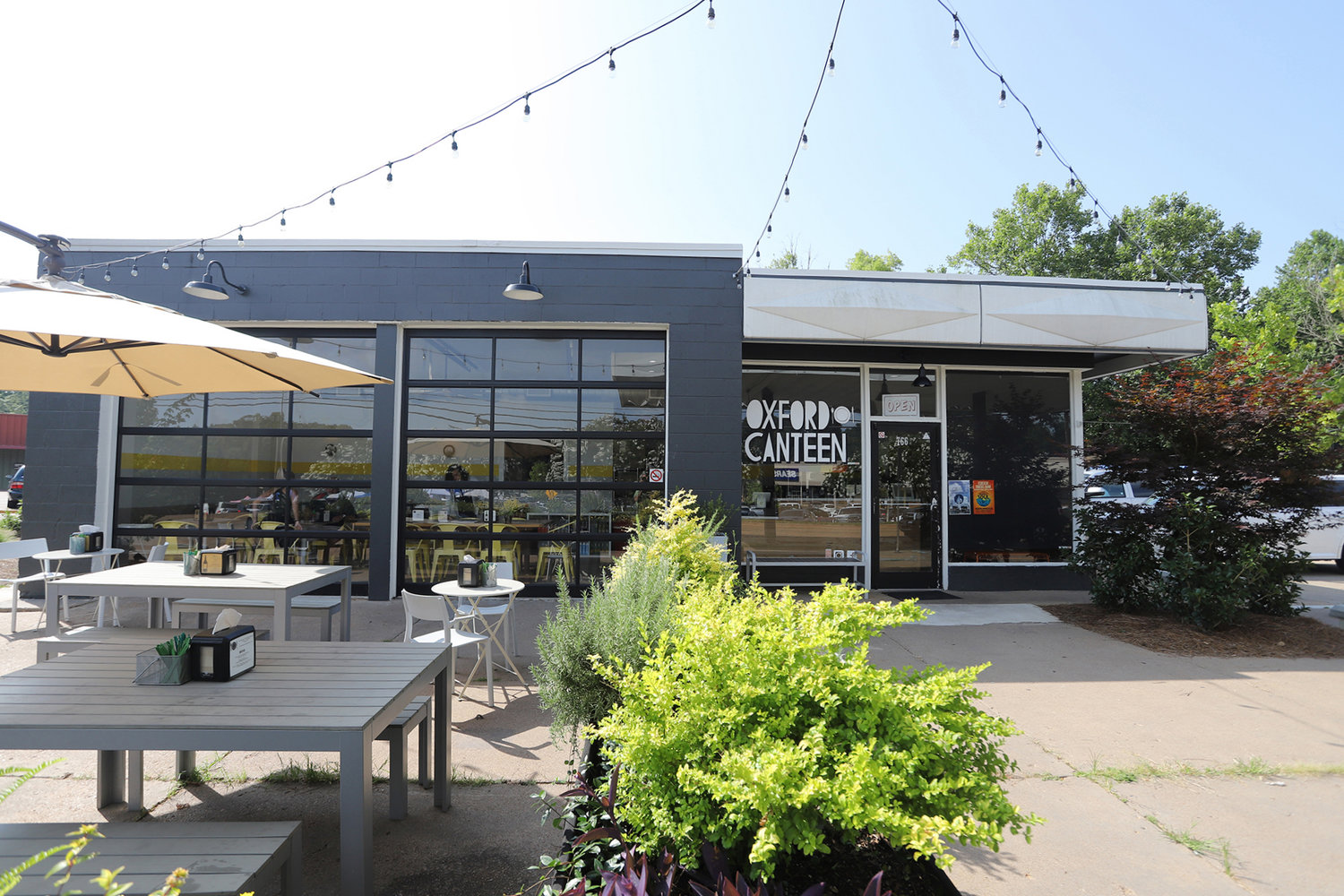 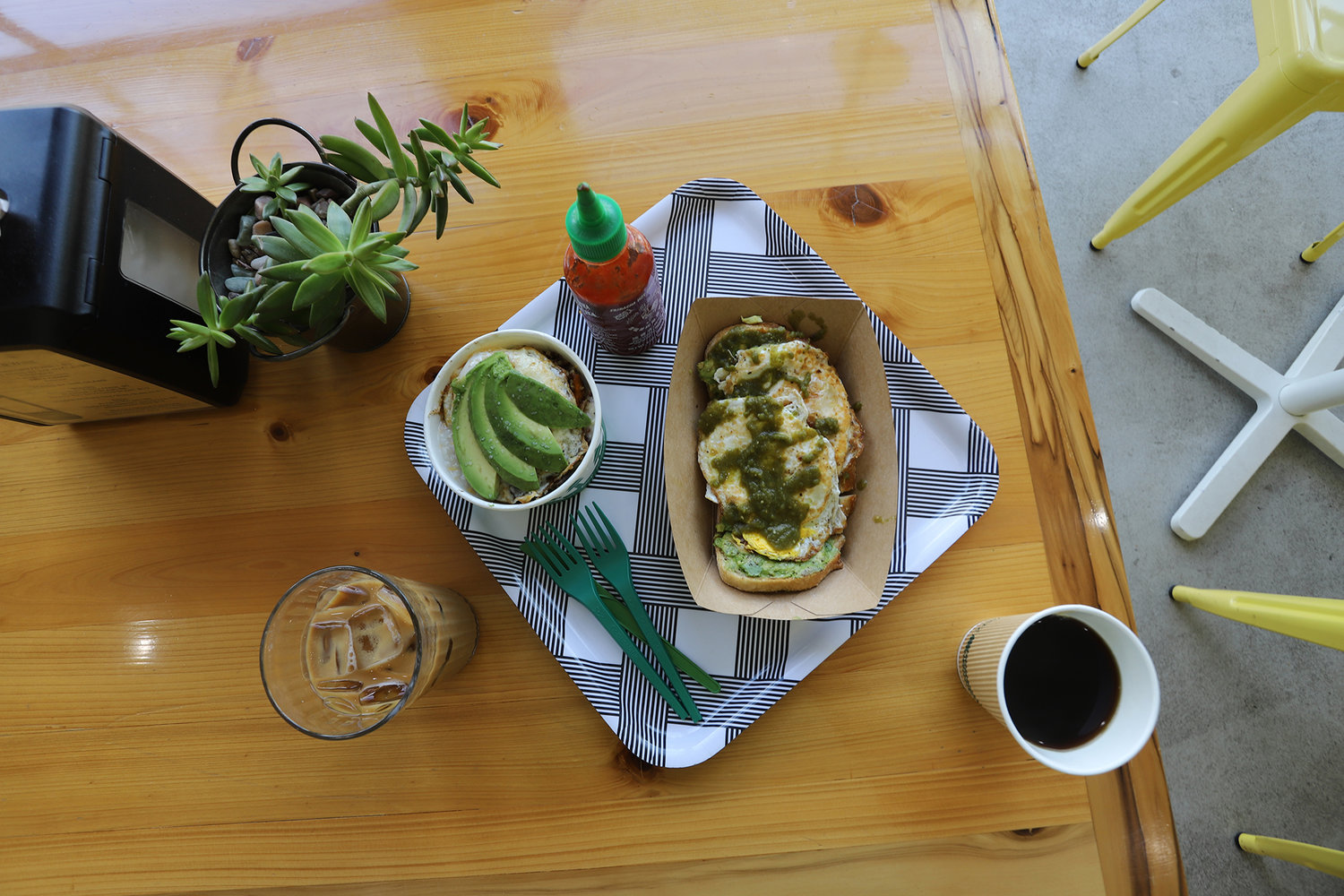 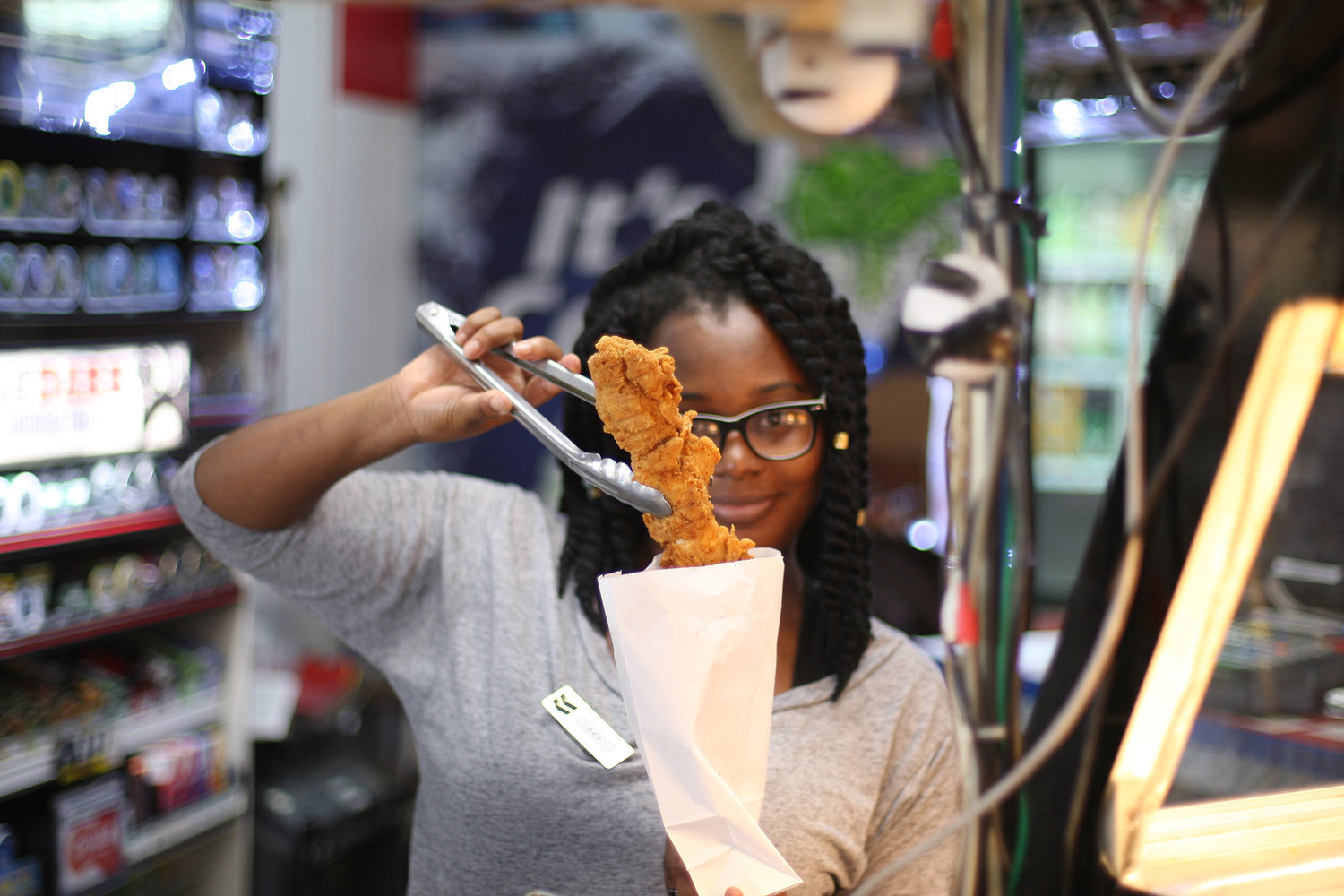 Finally, should you find yourself in need of a snack for the road or something to sober yourself up, head to the 4 Corners Chevron for the most massive chicken on stick there ever was.