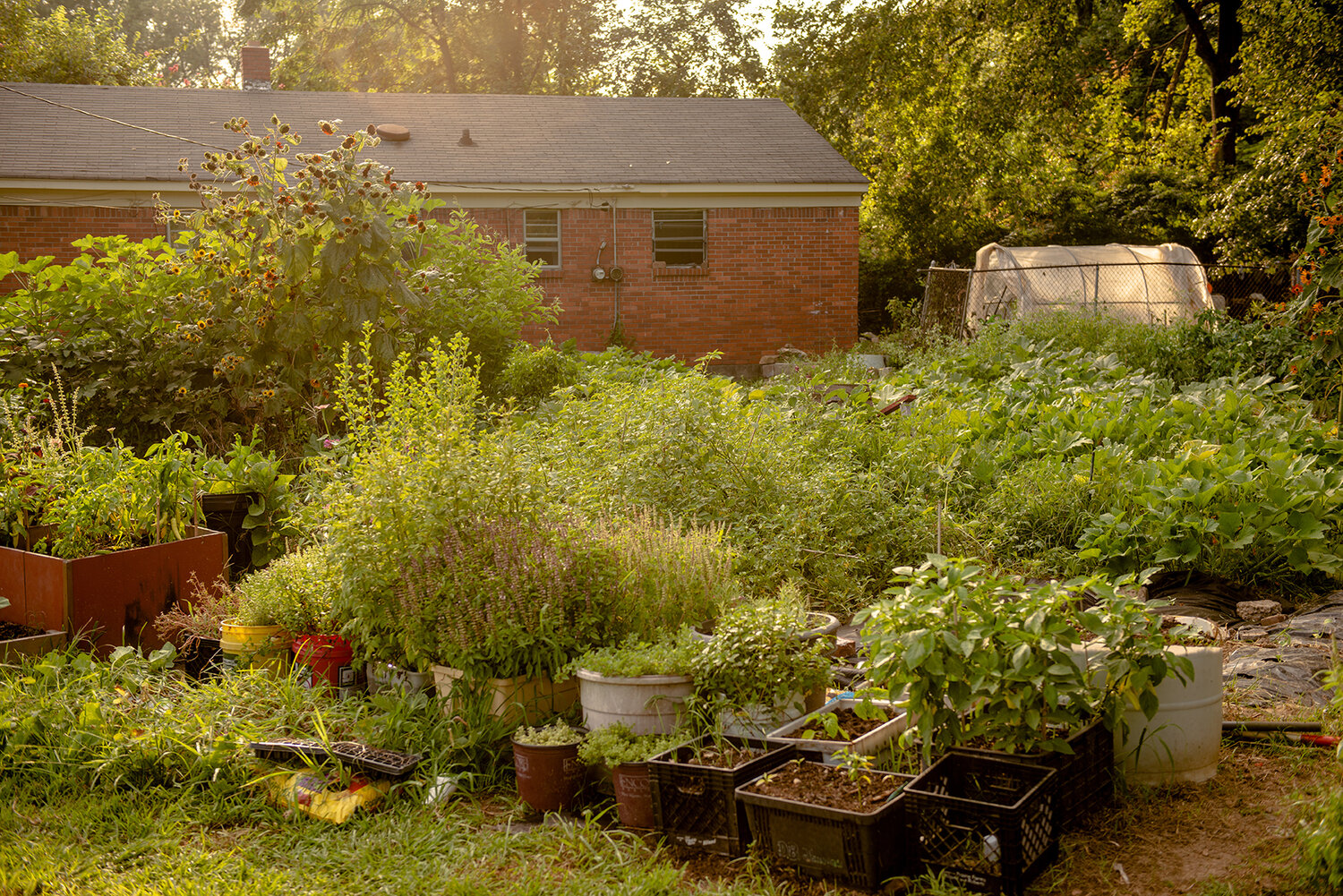 Just a few minutes away from Rhodes College is a local farm treasure. 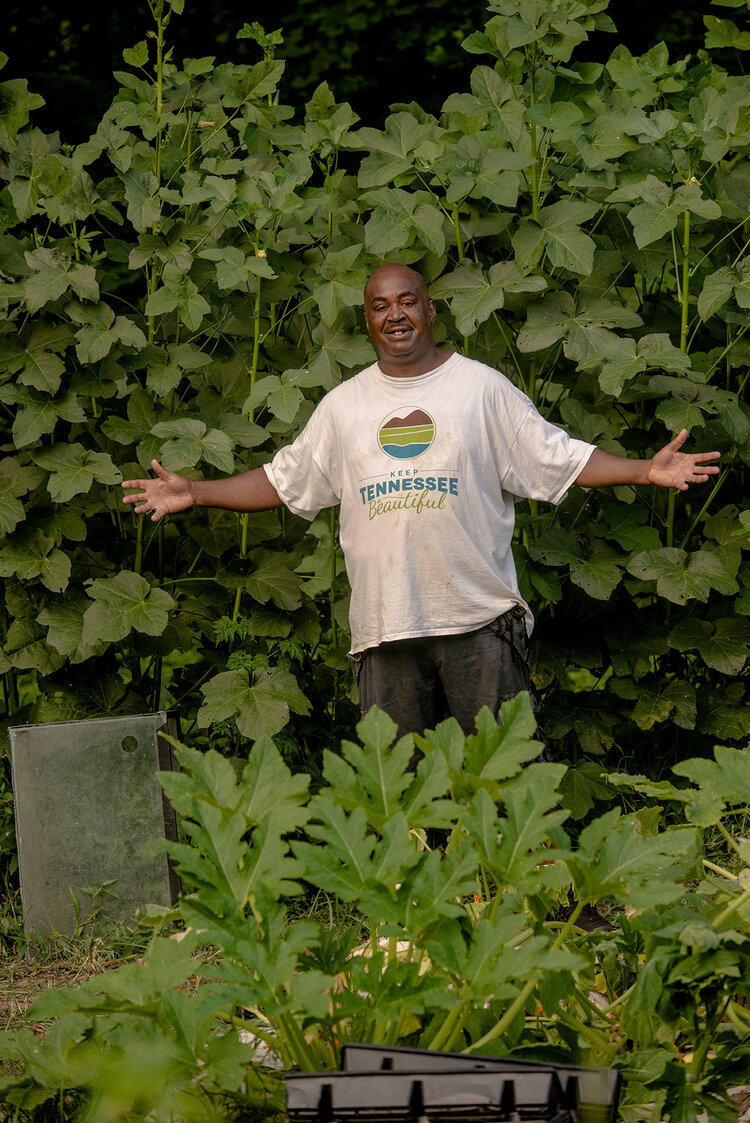 Nathaniel, a constant light and anchor to many neighbors through his various community garden projects, is a proud resident of North Memphis. The land he farms is next door to the home where he grew up with his mother and two sisters on Marble Avenue.

Farming surrounded and included him even before he chose it as a profession. 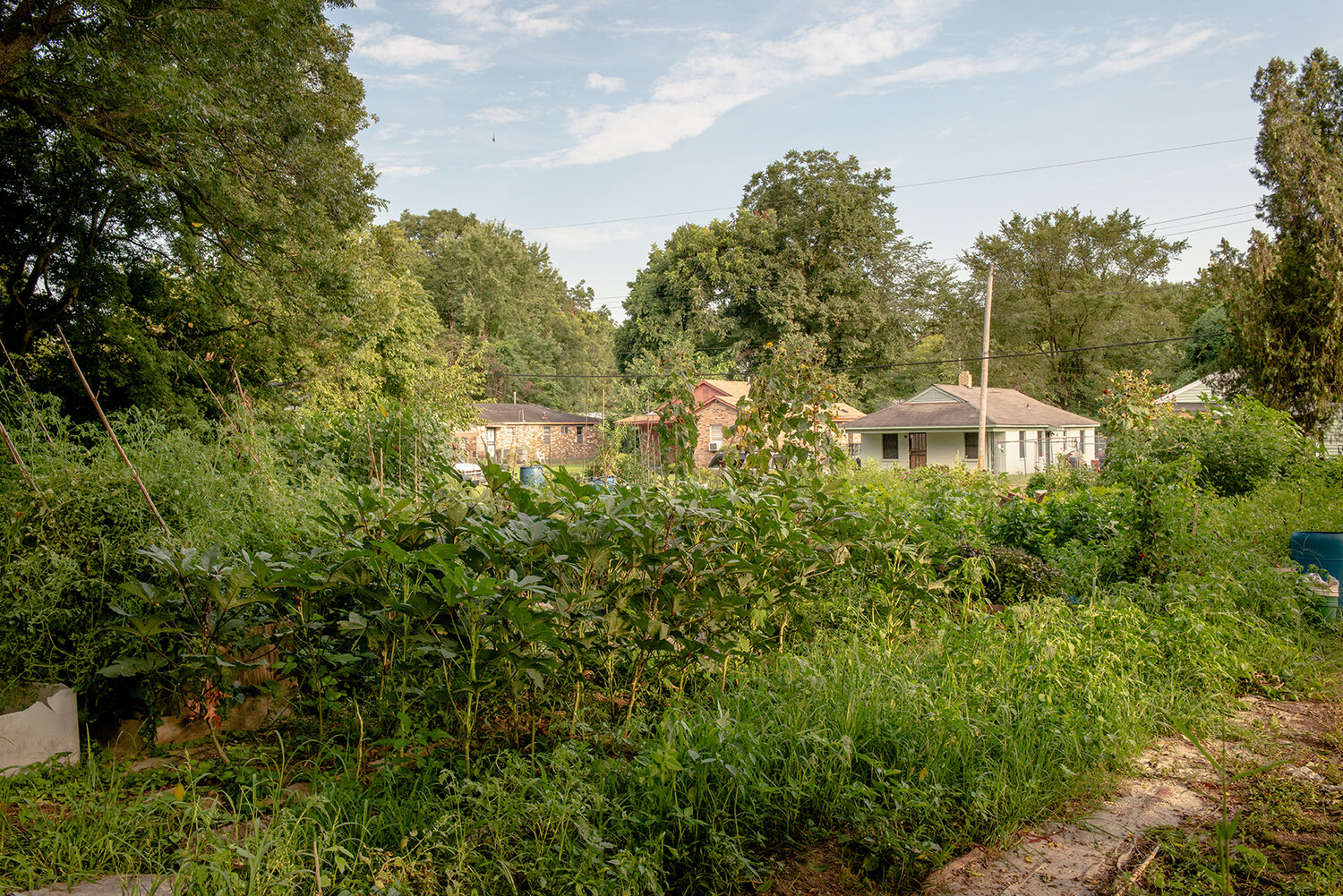 As far back as he can remember, many people in his neighborhood had gardens and grew their own food and flowers. Nathaniel thinks he grew his first plant at age five, possibly younger. “I had no choice but to grow things, “ he says. As a child, he voraciously read farming and gardening books and poured over seed catalogs. He was also fascinated by The Victory Garden on PBS.

He has gleaned much of his technical knowledge from books and people who inspired him. His great grandmother always grew a giant bed of flowers. He remembers this vividly and fondly, and he intentionally grows flowers in the front of his own home to honor that engrained memory and continue her tradition. “Farming kept my family together through good times and hardships,” he says. 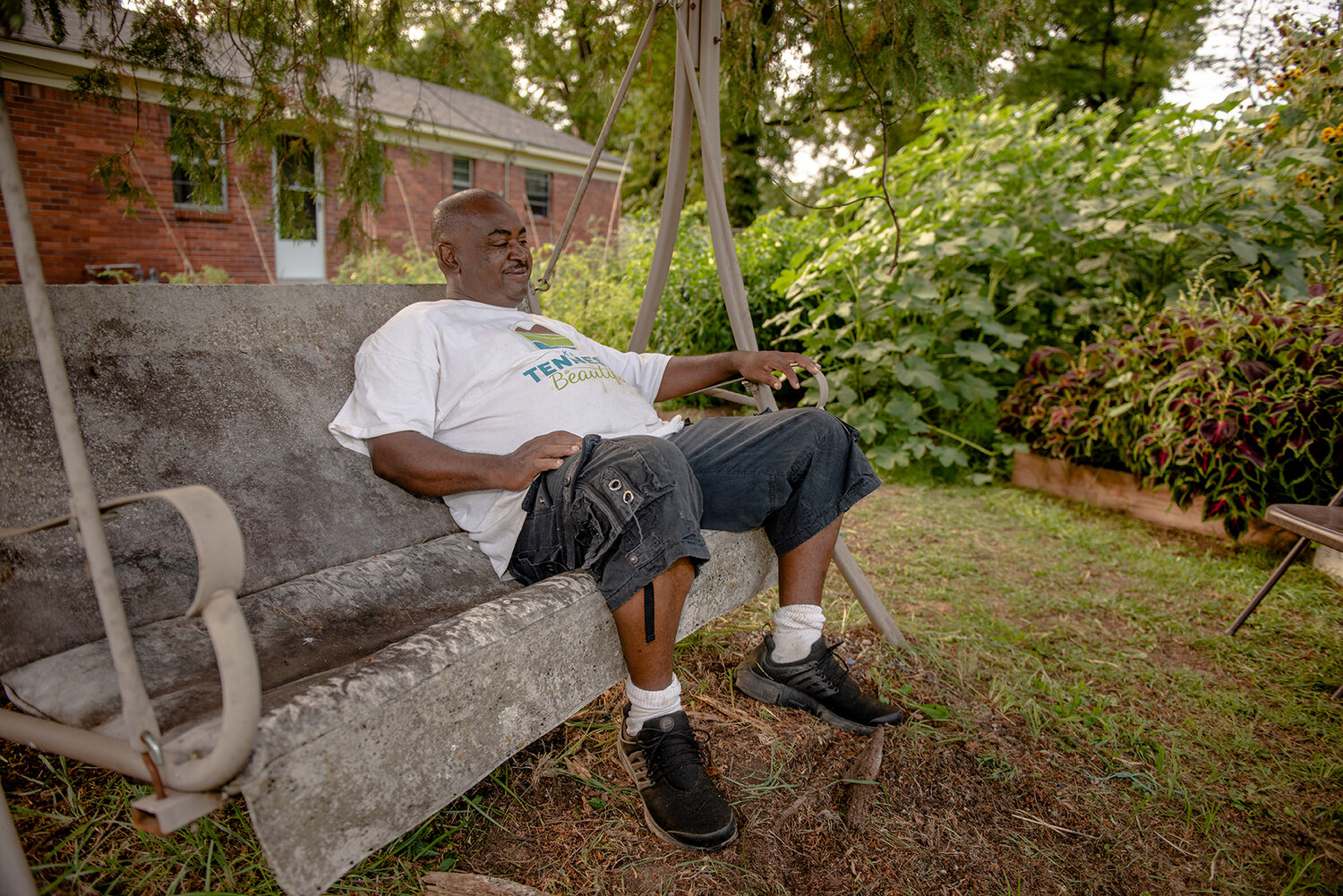 Nathaniel is a social activist—although he may never call himself that.

He sees the connections between the lack of food and land access, and the crumbling of communities, particularly his own. 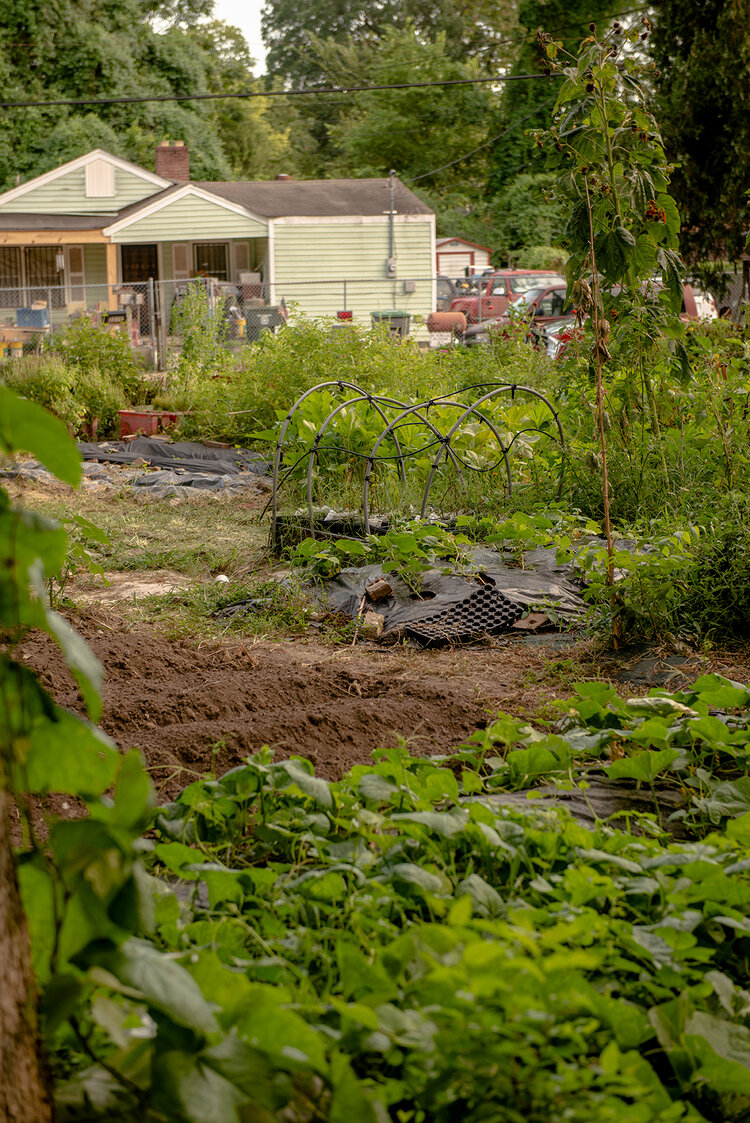 To help address this problem, he helped found the North Memphis Farmer’s Collective in 2015. The cooperative’s mission was to share resources to create sustainability, increase access to food, and make urban farming into a business able to change the most blighted and economically challenged parts of Memphis.

The collective disbanded due to philosophical differences. But Nathaniel maintains the belief that aligning himself and the people in his neighborhood, particularly the young folks, to the earth and the sacred relationship between growing food to feed themselves and their communities can transform lives and generations for the better. Part of his mission is to give hope and purpose to the young men in his neighborhood through farming and nurturing the land, demonstrating all the good that can come from hard work, dedication, and being an honorable human in the community. He chooses not to be bound by the rhetoric of Memphis being a food desert.

“Deserted local land just needs the right people who know and understand how to make it bloom and grow,” he says.

He found community through his colleagues, Josephine Alexander and Chris Peterson of the former Grow Memphis, who supported him on his journey and connected him and his produce to farmers markets and helped expand his circle of fellow farmers. Chris Peterson, who now runs the farm at Alpha Omega Veterans Services, says Nathanial is like a brother to him. “He really shaped my beliefs on being a grower. He made me realize that there’s no real secret to it. It’s really just a matter of whether you’re willing to put your head down and do the work!” he says. “He’s growing circles around people and with a third of the resources. He’s who you want in your farming community.”

Josephine Alexander, who now runs Tubby Creek Farm with her husband, Randy, says Nathaniel has always struck her as being resourceful, creative, endlessly inquisitive, and unfailingly generous. “I remember the first time I visited Nathaniel’s garden,” she says. “He had celery growing aquaponically with his tiny koi pond in a system of his own design and engineering. He always has something growing that I have never seen before.” 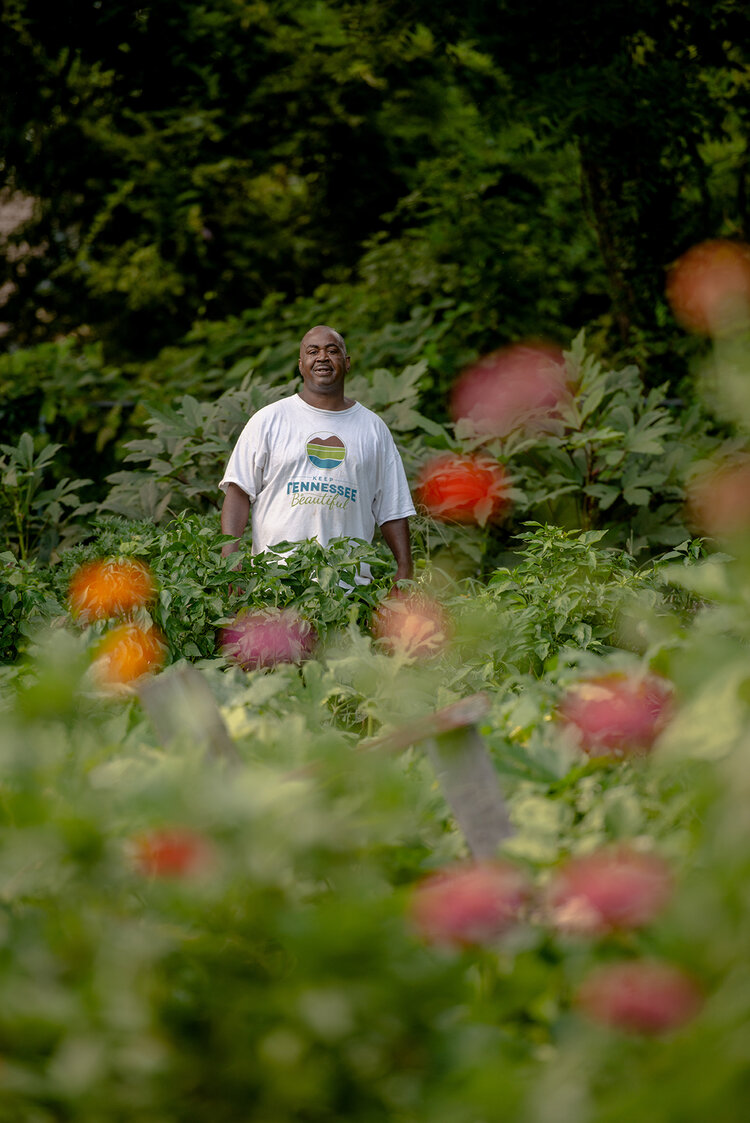 Nathaniel has tips for fellow urban farmers: Always feed your soil through inputs like Compost Fairy compost, horse manure, fish emulsion, or worm casting or compost tea; stay ahead of weeds; don’t plant too much; and grow only as much as you can control. His favorite seed companies are Baker Creek, J. L. Hudson, Trade Winds Fruit, and Pinetree Garden Seeds. For the beginning farmer, he suggests growing tomatoes, purple hull peas, okra, and flowers in the summer and lettuces and greens in the fall.

If you’d like to see what Nathaniel is up to, buy his amazing produce, and support him and his future endeavors, find him on Facebook and set up a time to visit his awe-inspiring community garden, Ronin Leo Urban Farm.

Stephanie Mei Hom is originally from Southern California but has been a Memphian since 2000. She is a former professional dancer with Ballet Memphis and is now a full-time Stott Pilates, ballet, and bodyART instructor, holistic health coach, and essential oils educator with Young Living Essential Oils. She loves empowering people to know, understand, and nourish their bodies and make informed choices through education, connection, and community. She loves animals and cooking delicious food and is a huge supporter of local farmers and food. @stephaniemei

Brandon Dill has found a home in Memphis. When not planning road trips with his wife or building blanket forts with his two daughters, he likes to take pictures. His photos have appeared in The New York Times, The Washington Post, The Guardian, and others. @bdillphoto