0 0
In a world that feels overwhelming, here’s one way you can make a real difference 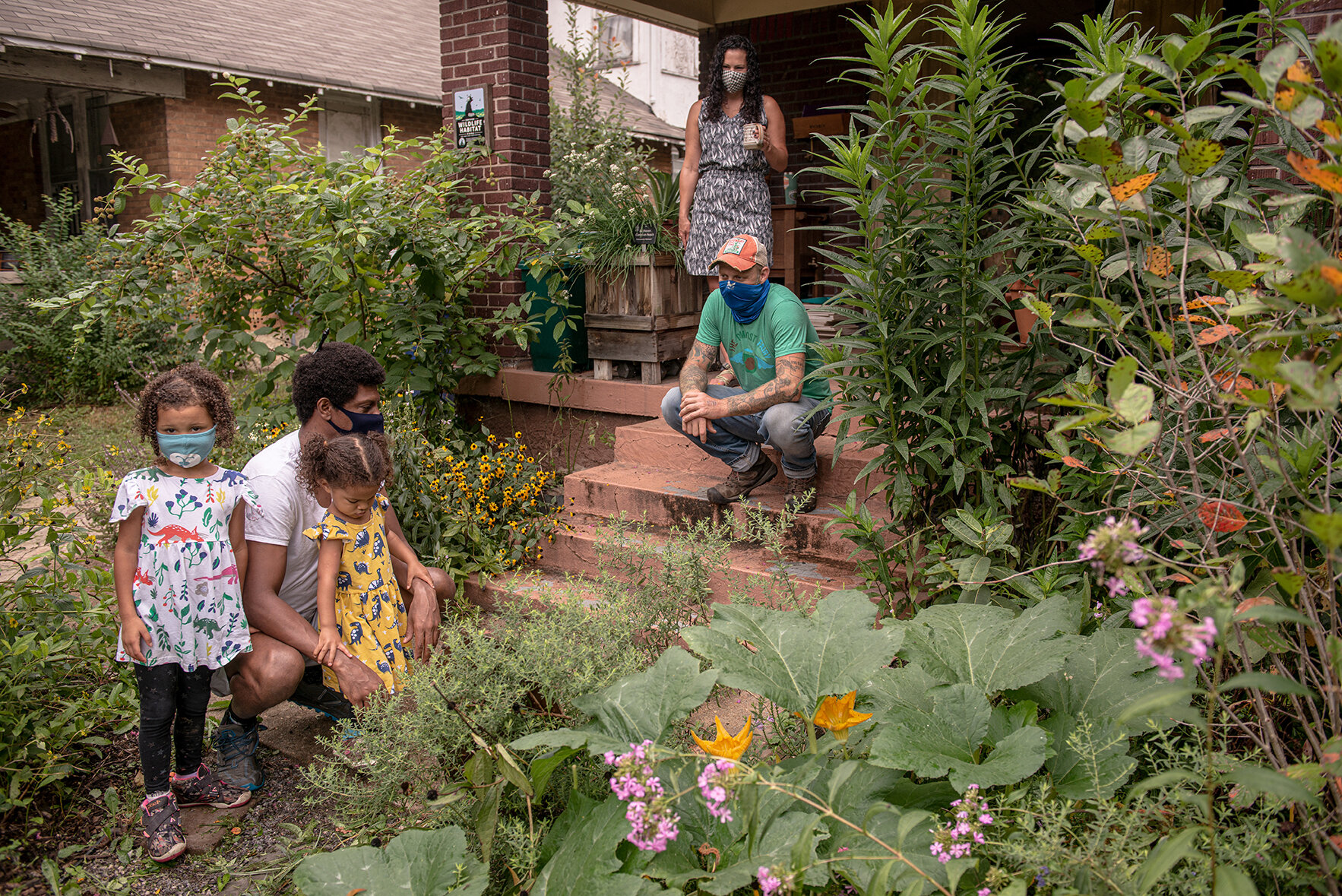 On a recent stop at an apartment complex in north Midtown, a girl—maybe four years old, wearing Buddy Holly-style glasses and a ridiculously cute white frilly princess dress—cautiously approached me while I was swapping out the compost cart for her building. Holding tight to her momma’s hand, she tentatively asked, “Are you the Compost Fairy?”

“I sure am!” I replied. I asked her for her name, and she answered quickly. She was much more eager to get her next question in: “Why do they call you the Compost Fairy?” 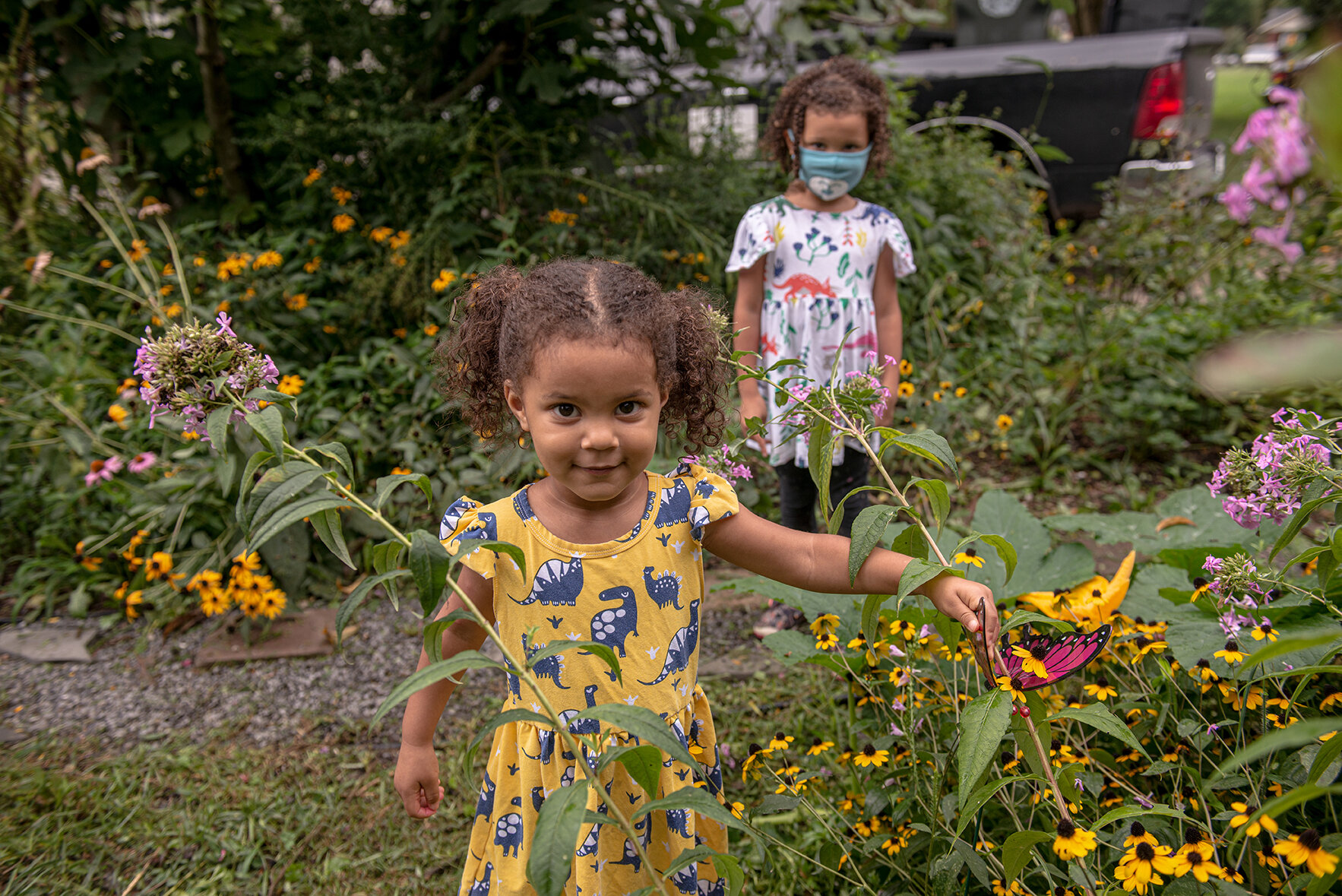 “I’m kind of like the Tooth Fairy,” I told her. “Because, like her, I take something a lot of people might think is worthless, like a tooth, and turn it into money! Only, I take your banana peels and the leftover spaghetti and meatballs that stayed in the fridge too long and turn it into super plant food for your mom, so you guys can grow those pretty tomatoes.” I pointed to a small container garden tucked between parking spaces on their lot. We fairies had filled those containers with compost earlier this spring. It now hosted a handsome crop of tomatoes, beans, peppers, and wildflowers of every color. The little girl looked at the garden, then looked at the cart full of food waste on my trailer, then back again. She screwed up her little face for a few heartbeats, and then I watched her realize what this all means.

I am building an army, one bucket at a time. 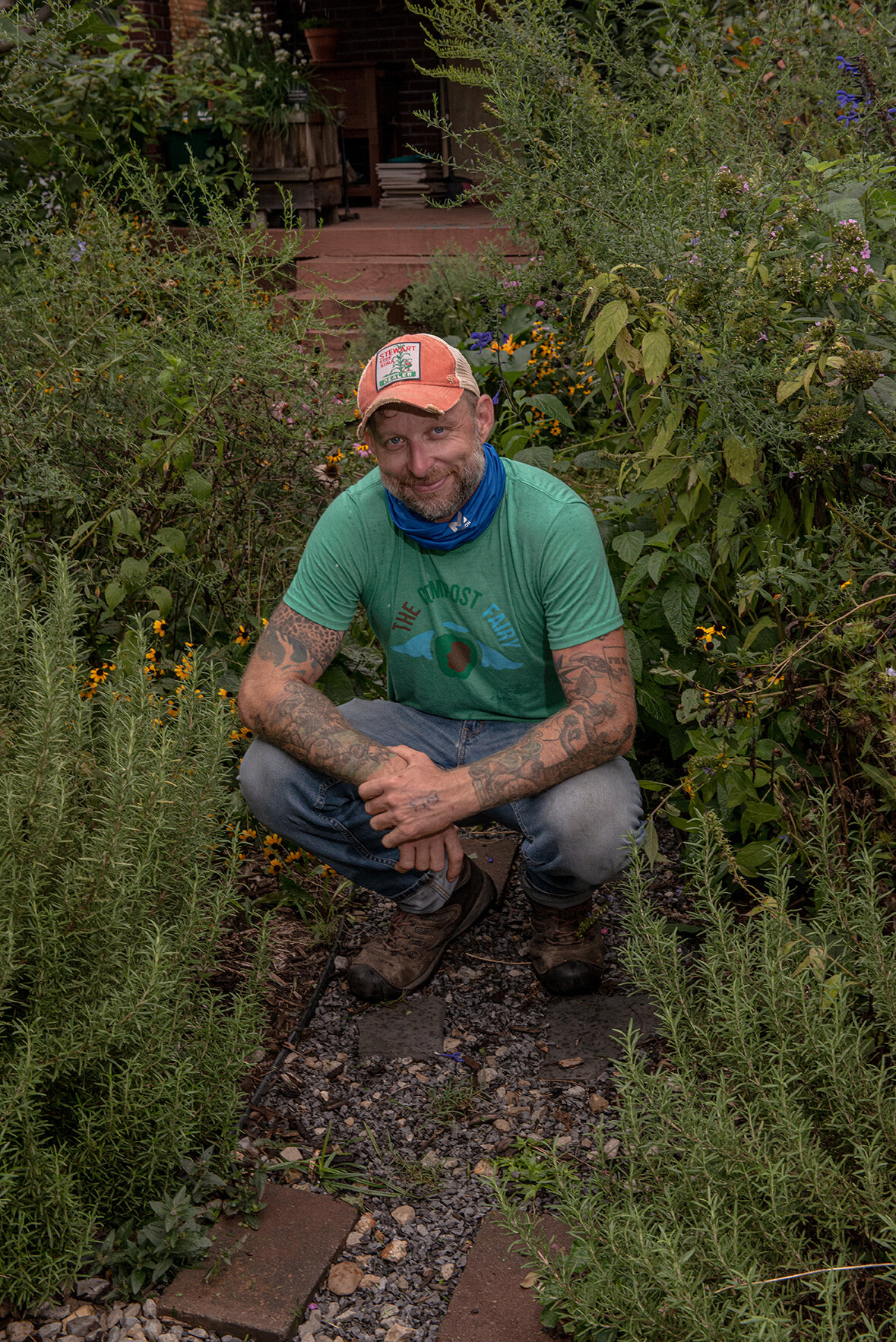 It’s tempting to throw up your hands and give in to a feeling of helplessness in today’s world. The globe is covered in burning rainforests, and polar bears are swimming across the open sea where there used to be an ice cap. It all feels like a seemingly inevitable, planetary-scale dumpster fire. It’s easy to come to the conclusion that nothing you do can possibly make a difference. But that line of thinking is partly responsible for the mess we’re in now.

The truth is, everything we do makes a difference—everyday, small decisions. 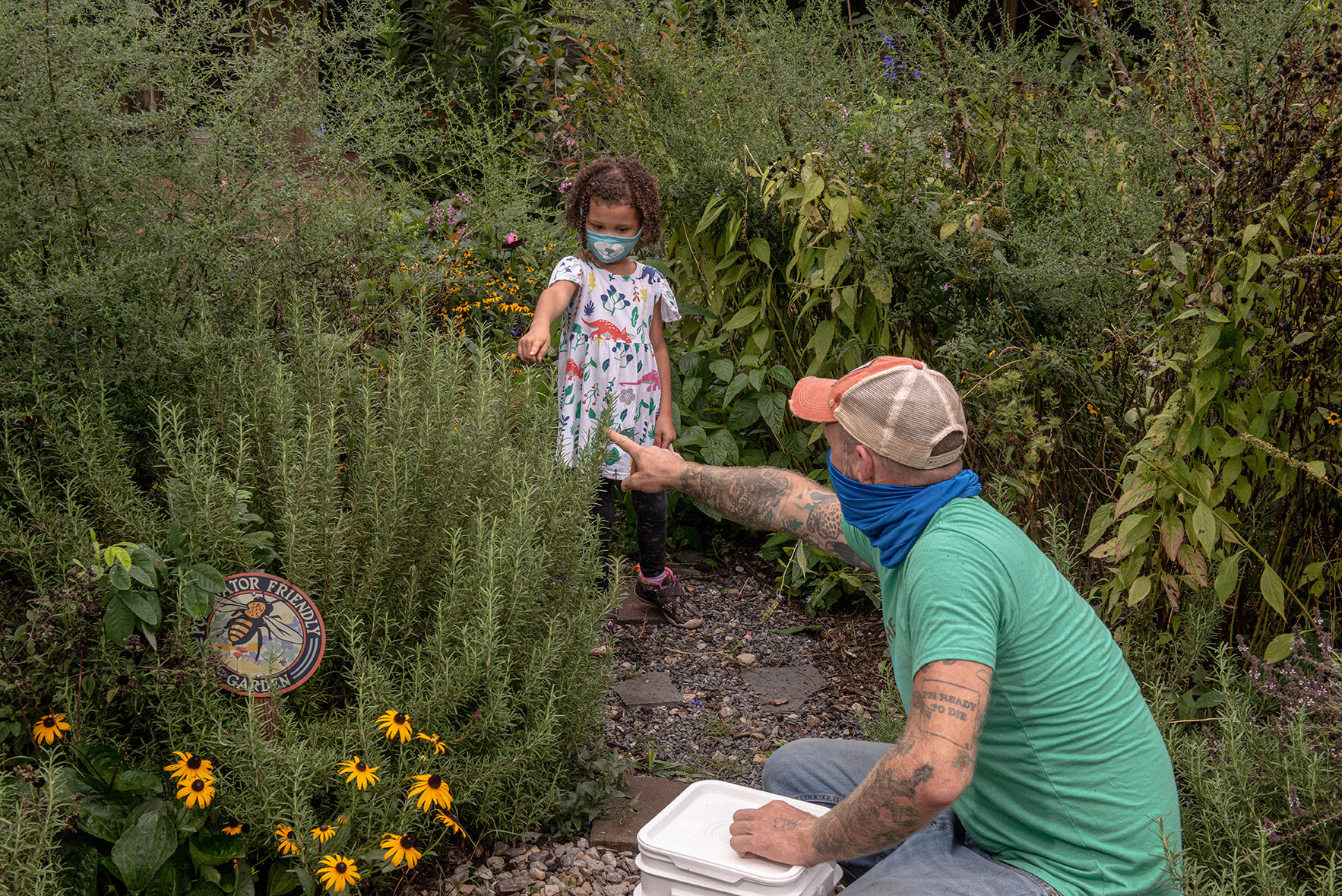 That little white compost bucket that you fill up and leave on your porch every week is all about personal empowerment that literally makes a global impact. Not only does it turn the dial back on climate change by reducing the truly staggering amount of carbon we’re putting into the atmosphere, but it’s a real chance to live your values.

Drive a Prius? That’s great! Putting some solar panels on your house? Even better! Buy your food from a local farmer? Now you’re really getting somewhere! The fact of the matter is that there are millions of opportunities that you can readily implement that will shrink the shoe size of our gigantic carbon footprints. And, friends, I’m here to tell you—we’ve got lots of work to do. 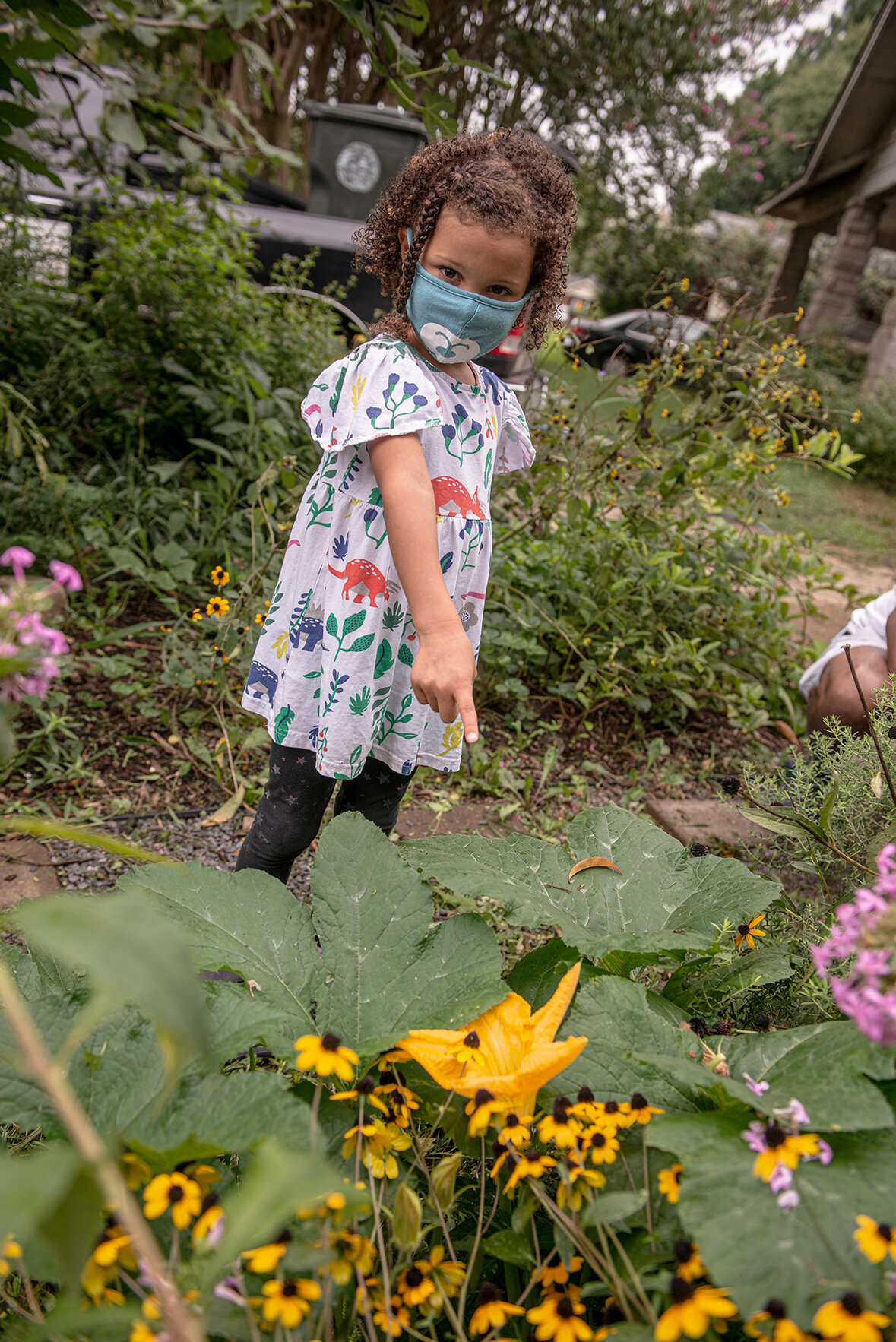 But it would be hard to find an easier and more impactful place to start than composting.

We tend to think in terms of finished product when it comes to compost, and that is one of the big wins of a large-scale organics-management program. Composting provides mountains of the “black gold” that any farmer (or savvy gardener) worth her salt knows is key to building back our depleted topsoil, which is the formula to cranking out bushels of shiny tomatoes or massive heads of lettuce in the veggie patch. 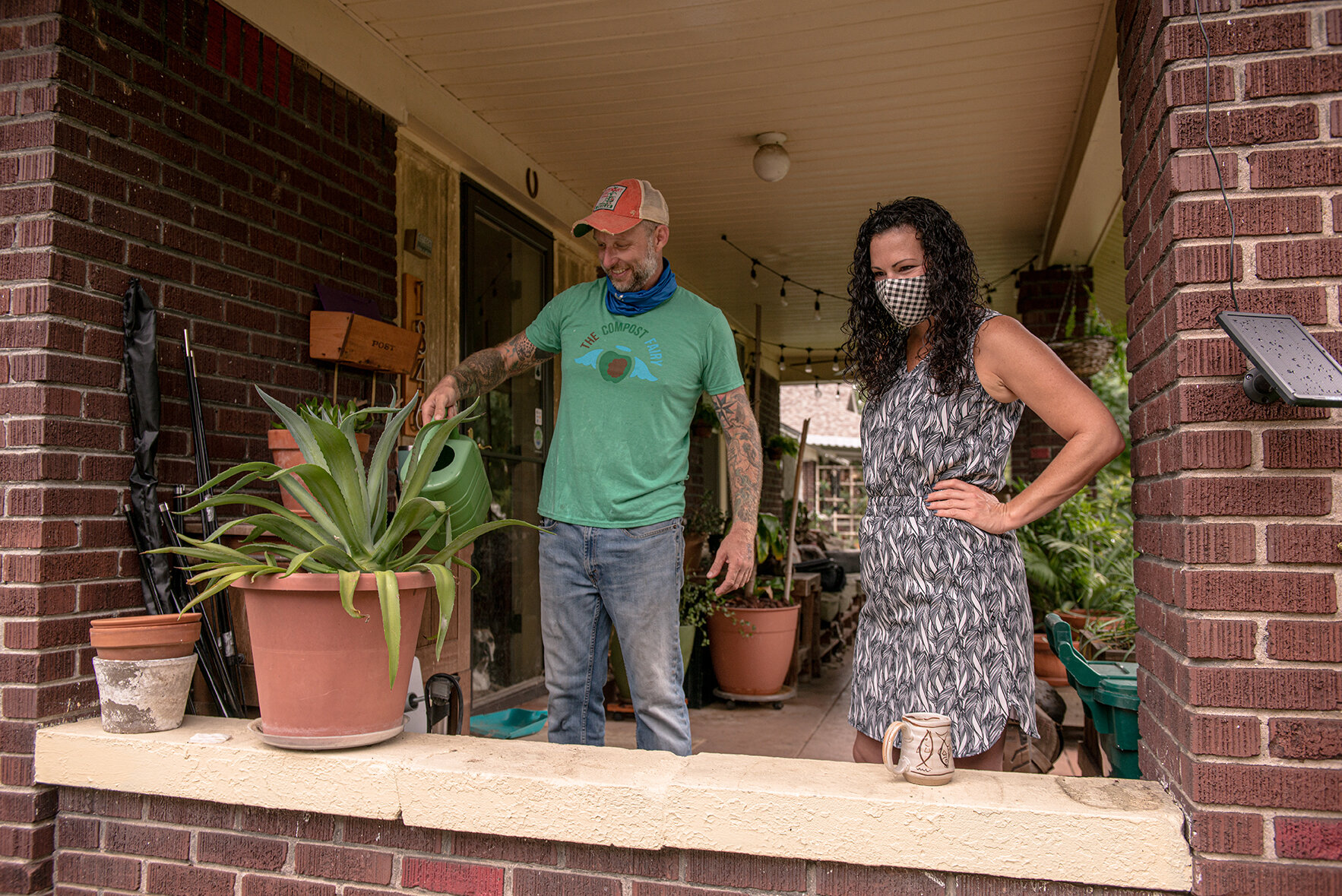 But what happens on the other end of things? If one of those heads of lettuce happens to sit in the crisper a day or two too long and winds up taking a trip to my compost facility, it will be well on its way to unrecognizable in a few days, and more or less decomposed in two weeks. Then, on to creating that beautiful soil.

Now, here’s the starving polar bear or burning rainforest moment of this whole composting deal: If that lettuce, instead, makes its way into the trash, it will sit in a landfill and slowly decompose over the next 25 years. That’s right—25 years. And here’s the really bad news: The entire time it’s rotting in that heavily compacted, oxygen-starved environment, it will be releasing methane, alongside the nearly 40 million pounds of food waste we send to landfills each year, just in the United States alone. That’s a literal (methane is a combustible gas) and figurative bomb. The data indicate that, as a greenhouse gas, methane is 84 times more impactful than the carbon emitted from the tailpipes of our cars, directly contributing to climate change. 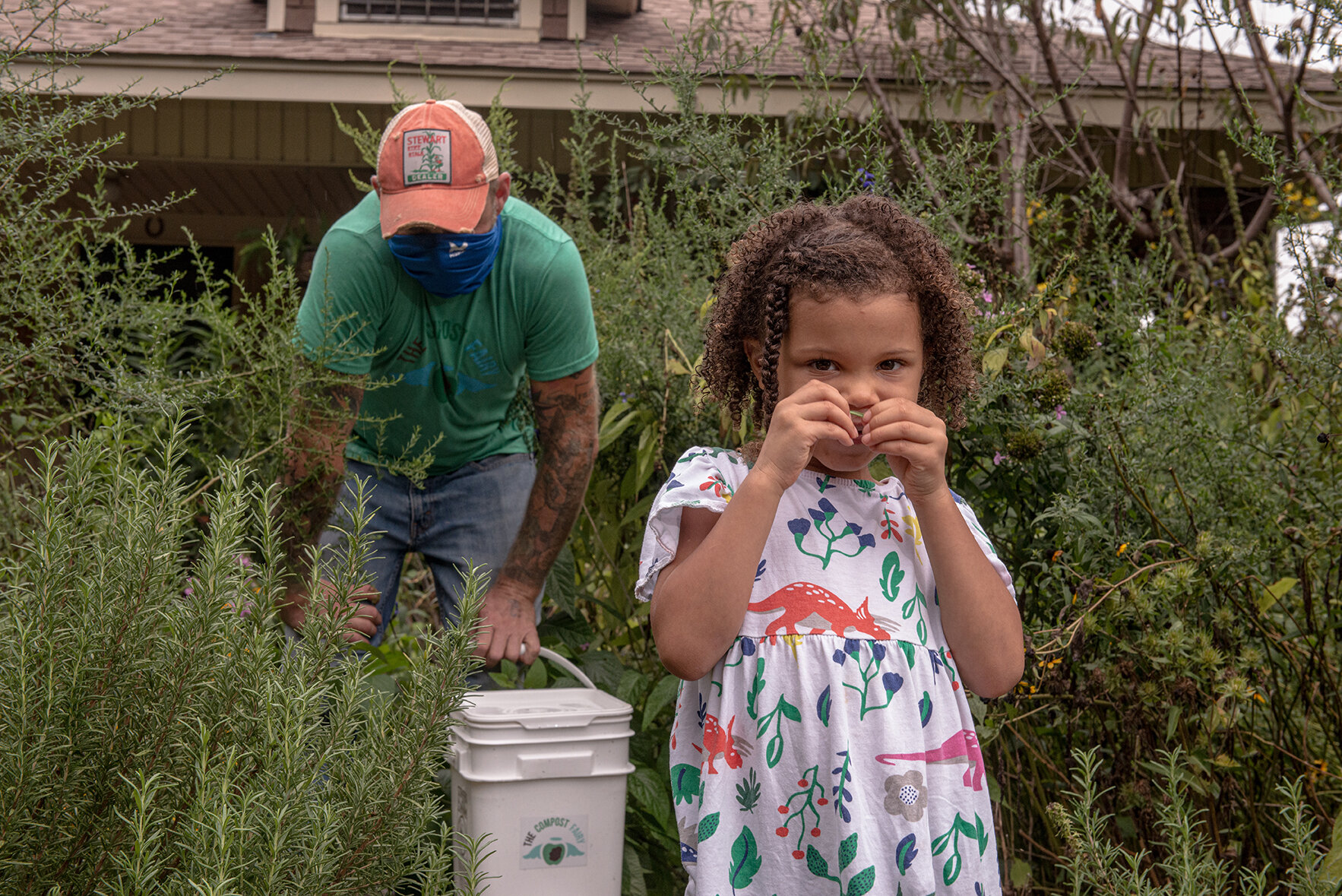 Fact: Organics, including food waste, in landfills are the single highest-point source for methane production worldwide.

We do not throw things away. “Away” is a myth.

There is no such place as “away,” friends. In Memphis, “away” is the South Shelby landfill on Malone Road, and it’s terrifying. Imagine if a trip to the open cell of the landfill were a part of the education curriculum in each community, so we could see what millions of tons a year of “away” looks like. Do you think more of us would choose to live our values? 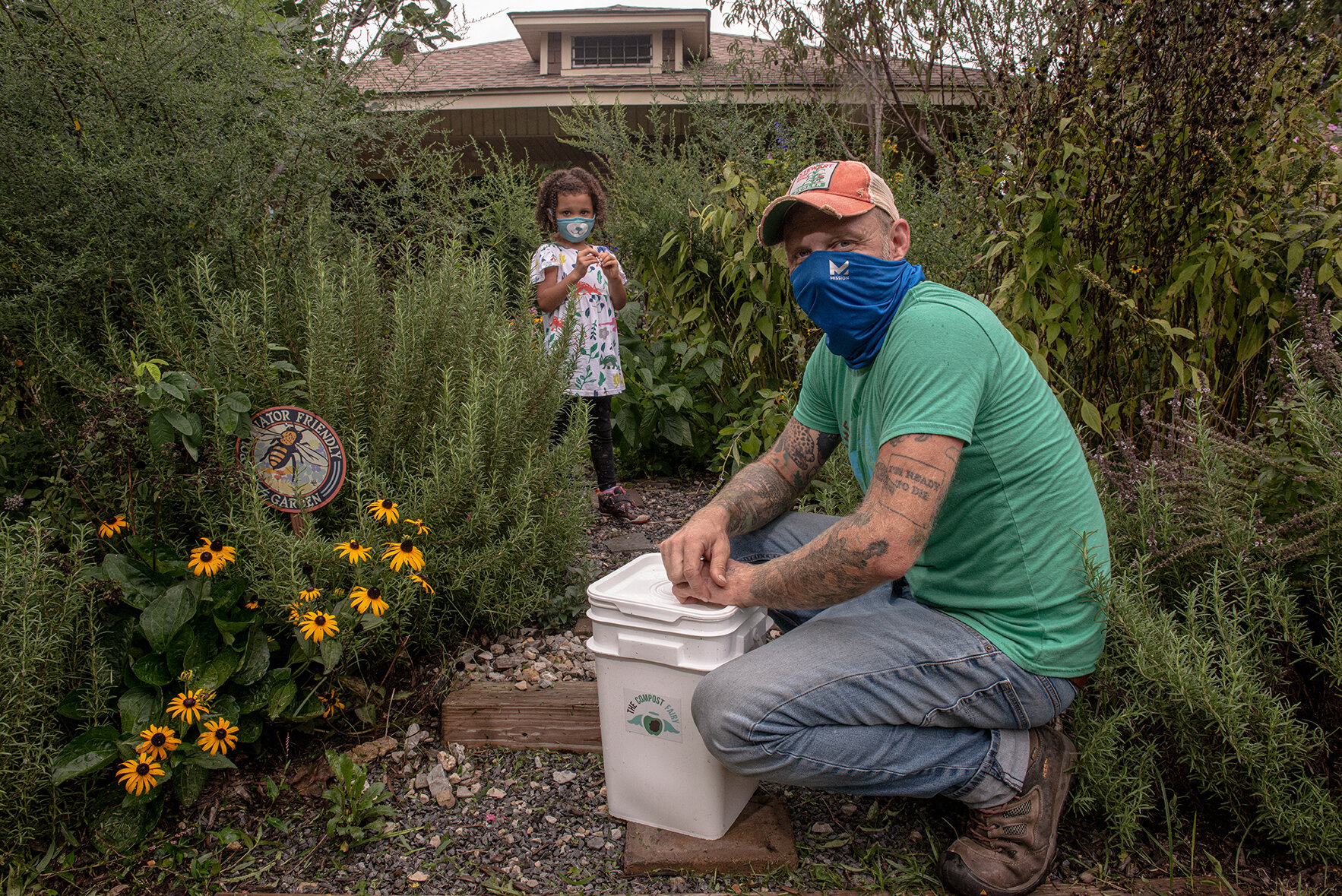 Until Compost Fairy arrived on the scene, Memphis never had a city-wide composting program. Composting may seem simple—and it is. But this is the kind of program that progressive ideas in other spaces tend to stick to, and that has the power to change the landscape of a city—to attract people, businesses, and industries that can amplify positive change for all of us.

For all of us Memphians, the Compost Fairy offers us the first opportunity in the history of ever to create that impact. 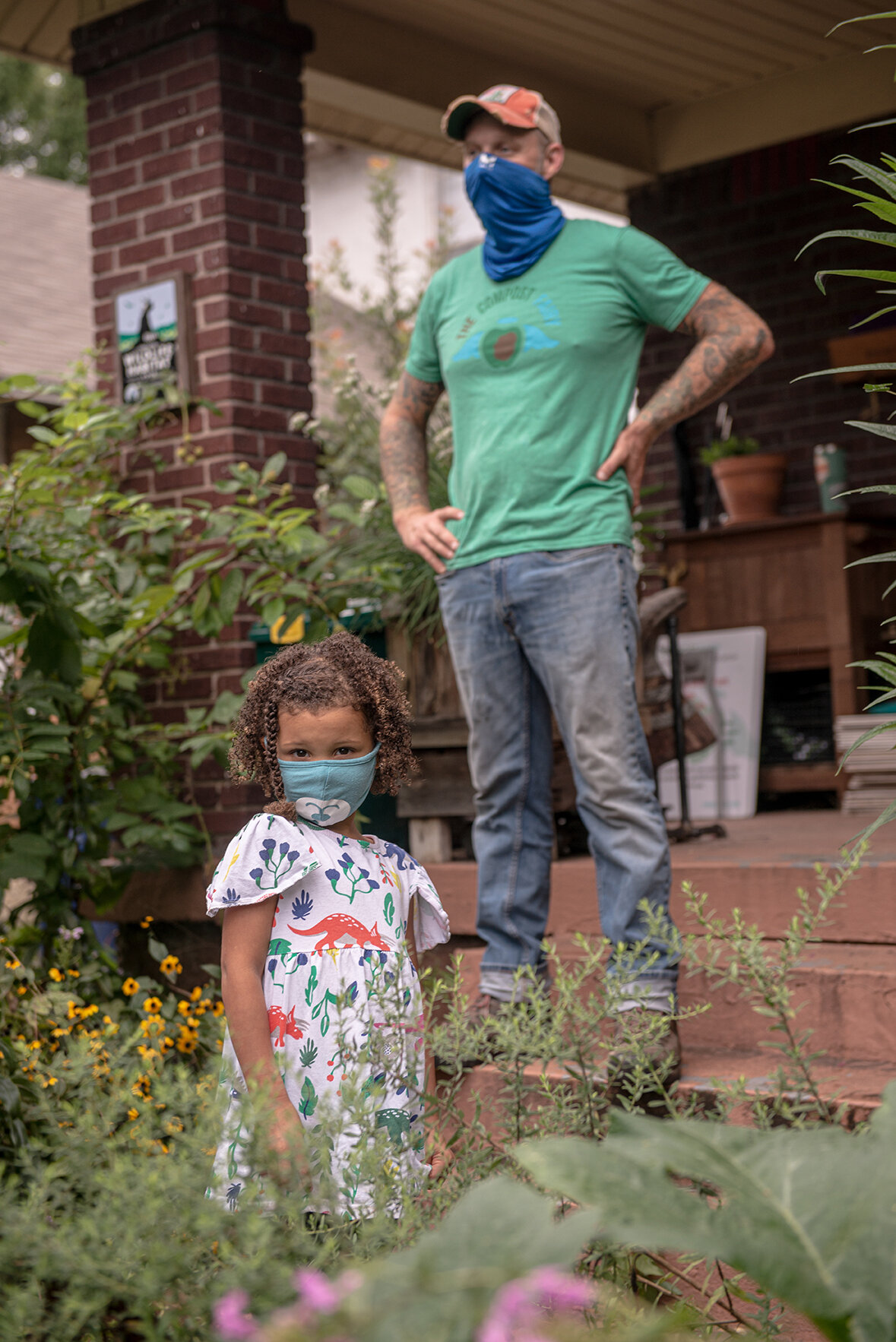 One hundred percent of the food waste that goes in that little white bucket we set out at your house will be recycled.

That’s four out of every 10 pounds of waste generated in a typical home that won’t be headed to the landfill just by composting alone. Same for the juice pulp, paleo waffles, and rib bones that go into the commercial compost carts at City Silo, Bedrock Market & Cafe, Central BBQ, or any of the many other restaurants in town that have continued to work with us despite the added challenges of COVID. (Respect!) Same for any compost container collected by a Compost Fairy anywhere in this city. With commodity recycling markets in upheaval worldwide—only nine percent of all the plastic ever created has been recycled—this is real agency. Here’s your chance. 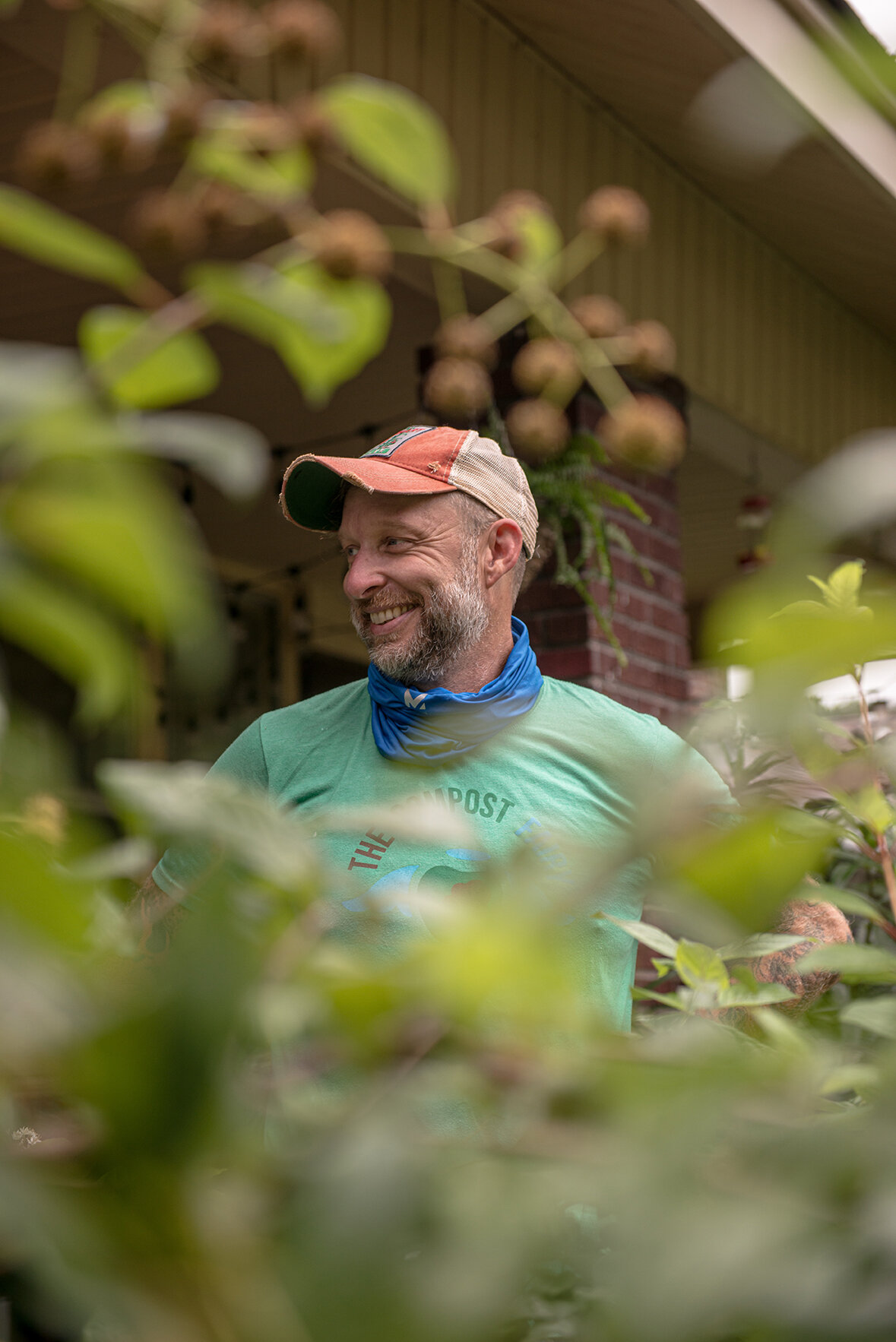 We may not prevent a forest fire or put sea ice back under the paws of polar bears, but…maybe we will.

One bucket at a time.

Mike Larrivee is a licensed professional geologist and worked for nearly a decade in environmental consulting. He serves as vice president of the Tennessee chapter of the U.S. Composting Council. He is the founder and executive director of Compost Fairy, a nonprofit waste diversion and soil rehabilitation effort founded in Memphis in 2017. @compostfairymemphis

A Community Market Comes to Cordova