0 0
Ali Rohrbacher on the beauty and science of baking 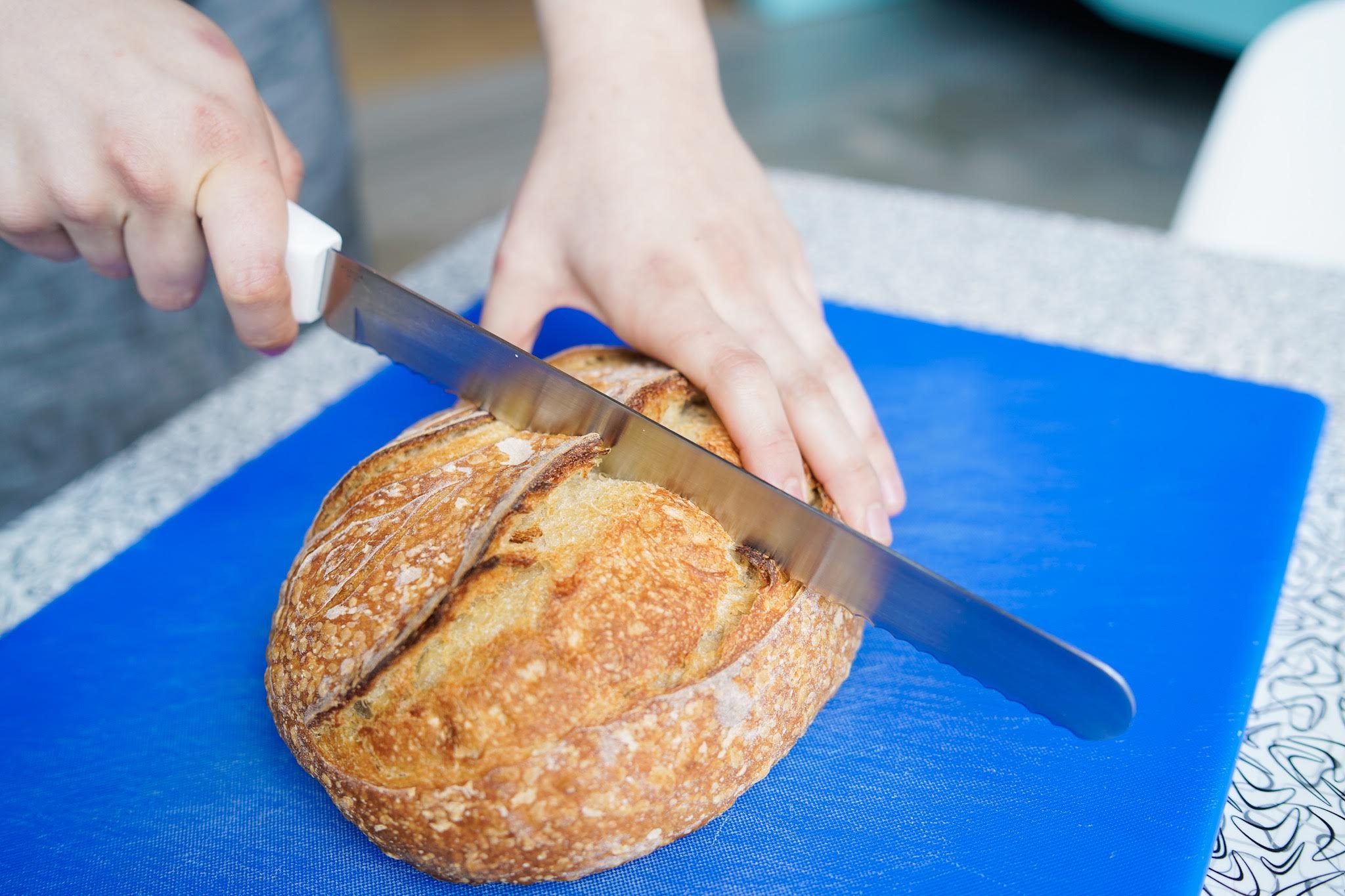 In an industry built on dreams, delusion, sweat and hustle—whether it’s the scramble to “make it,” open your own dining establishment, run a kitchen—

Ali Rohrbacher comes off as something of an outlier.

See, she couldn’t care less if she ever sees her name on a sign above a door. She’s a self-taught baker in her 20s with a few part-time jobs who’s entirely dedicated to a singular object: baking bread. Hands buried in a blob of wet flour, a dirty apron around her waist—there’s nowhere else she’d rather be. Most everything in her life, in fact, is a constellation of that one sun: baking at home in her cast iron dutch oven, learning from and lusting after the creations of bakers on Instagram, making pizza dough at Fuel Cafe part-time, and developing a bread program for the Crosstown Arts Cafe, where she also works, on the second floor of Crosstown Concourse. She’s—how can we put this—kind of obsessed. 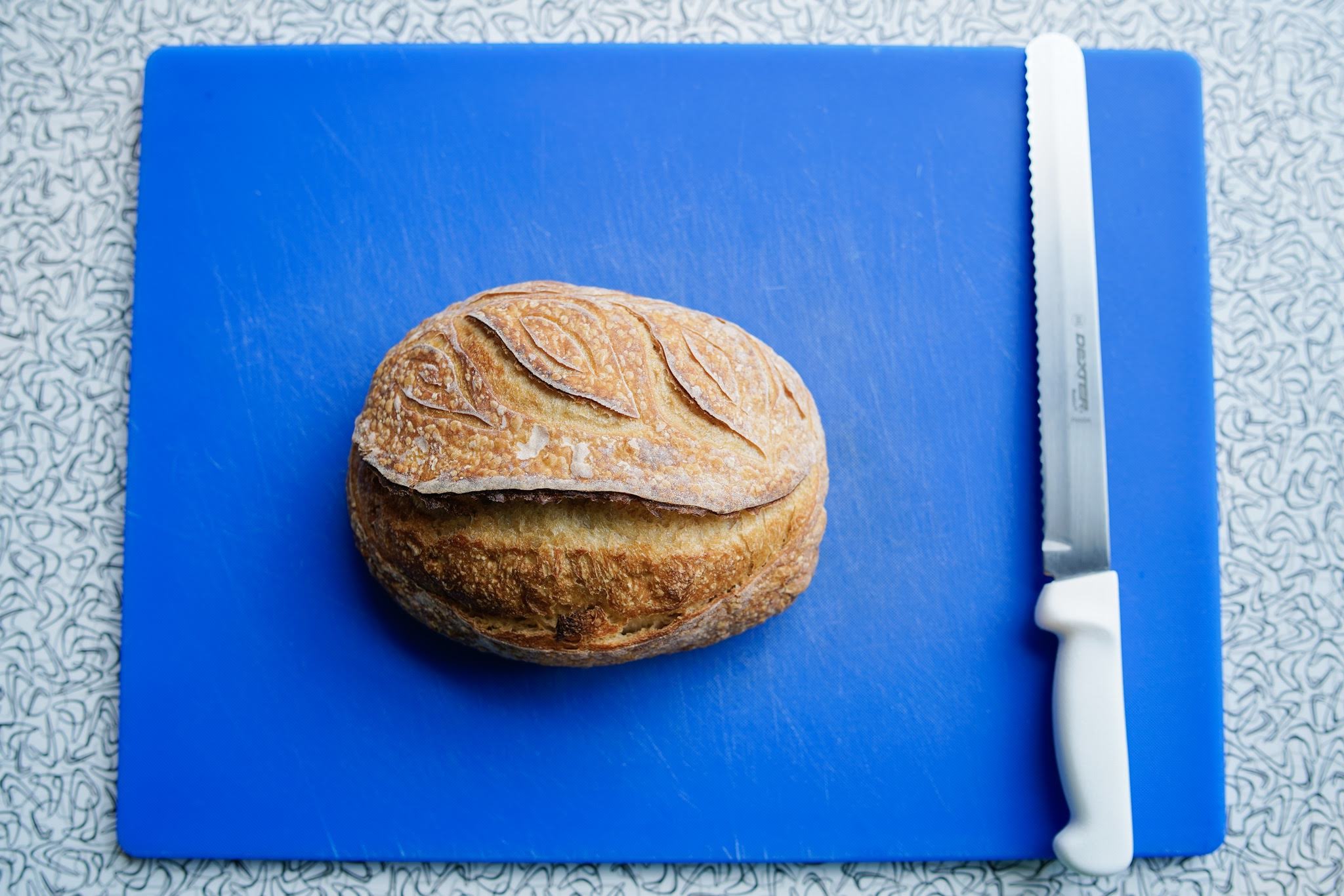 That much is clear, even before you get to the part in a conversation with her where she’s riffing on how this particular sourdough loaf she’s placed on the table in front of her “was made with a culture of wild yeast and bacteria that live in a symbiotic relationship.”

We’re sat down outside the cafe, and before you know it, Ali is veering off on a metaphysical tangent, which can sound strange to someone whose idea of great bread is, you know, adequate containment of the ingredients of a sandwich. 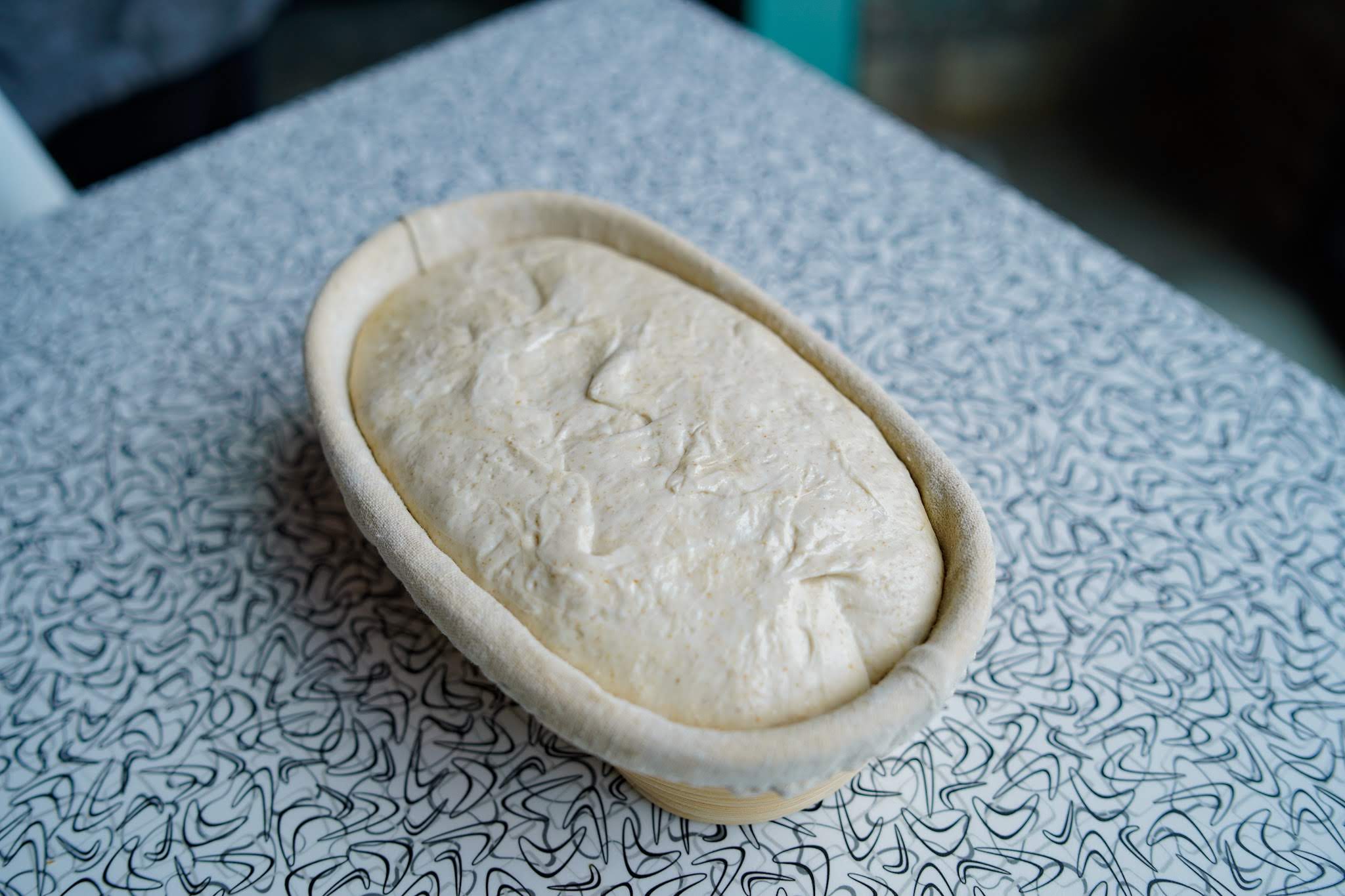 Ali continues, “I never knew what I wanted to do with my life for the longest time. My dad was always like, ‘You’ll figure it out! It’ll click one day!’ The culinary world seemed so intimidating, but there’s something about bread—with a sourdough starter and culture, specifically—that feeds a part of my desire for control.” 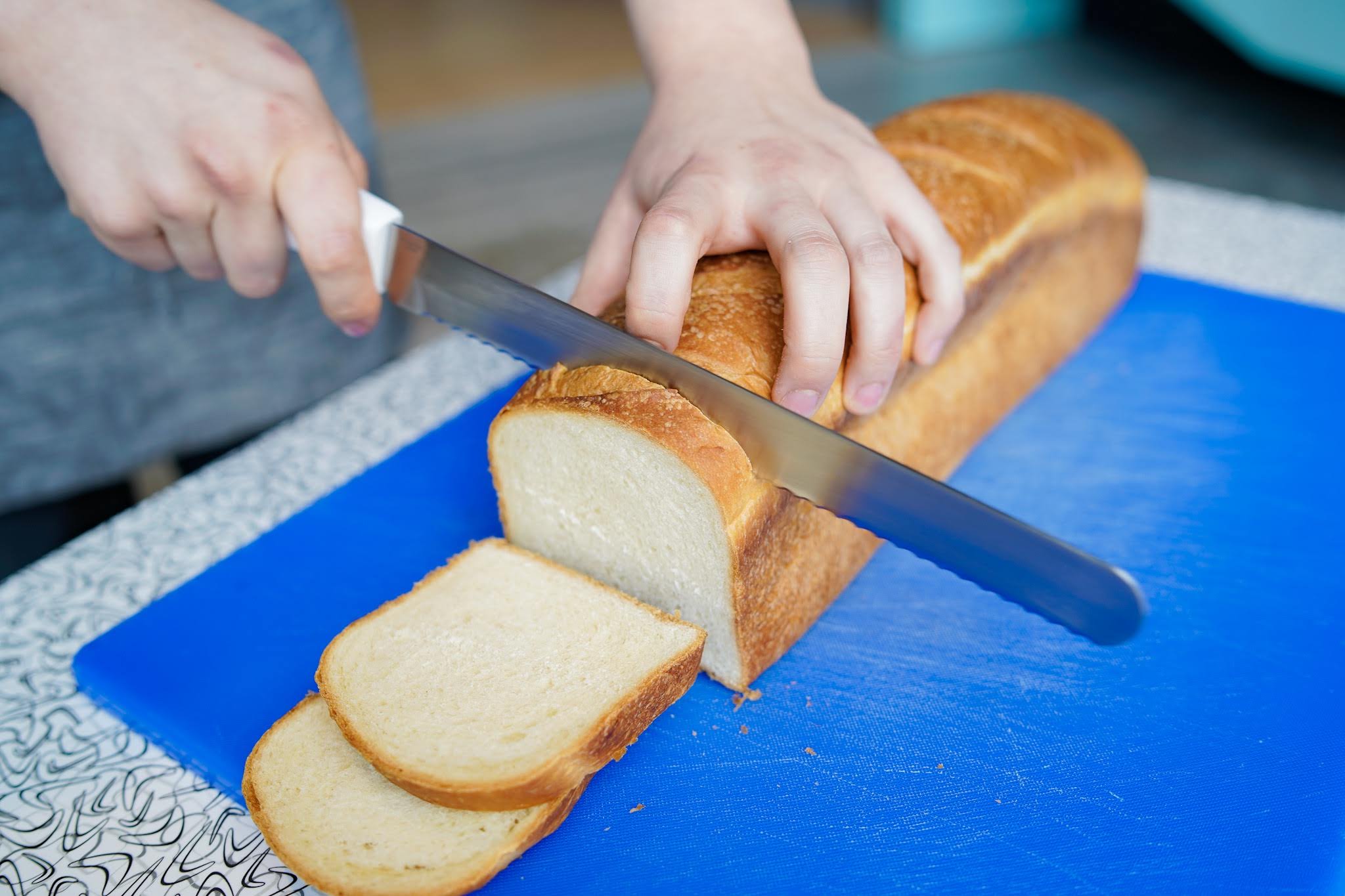 There’s such a profound quality to baking a simple loaf of bread, she continues, in the way that it lets a baker like her harness, just for a brief moment, “the power of nature, and manipulate it and control it and try to understand it enough that I can take advantage of it. And then to know that I did that, this thing [she points to the bread on the table in front of her] and that I was able to shape it into something—something that’s delicious, beautiful. It’s incomparable to any other experience I’ve ever had.”

Who knew you could regard baking bread as a kind of poetry in motion? 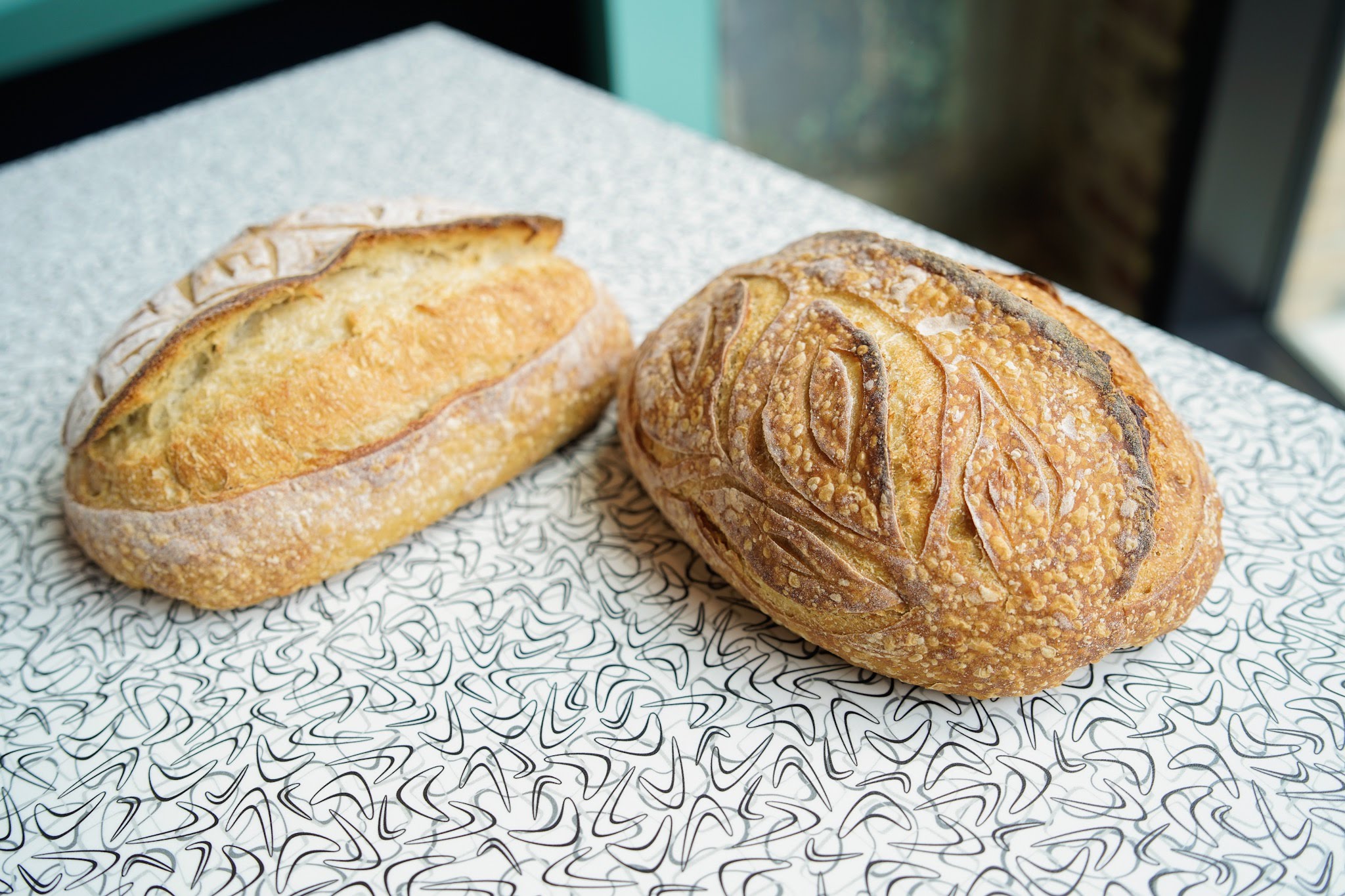 What she’s working toward these days—by putting in the time at her part-time jobs, by baking at home—is to get established enough, get good enough, to the point she can have her own space in a commercial kitchen. She’s also squirreling away enough money to travel—maybe even, dare she say it, talk her way into a top-tier apprenticeship somewhere.

She underscores that idea of “somewhere” else, out “there,” because of how people in other parts of the country have been acclimated to and happily accept paying $8, $9, even $10 for a really nice loaf of fresh, well-made bread, as opposed to the 99-cent bagged loaves that fill supermarket shelves here. 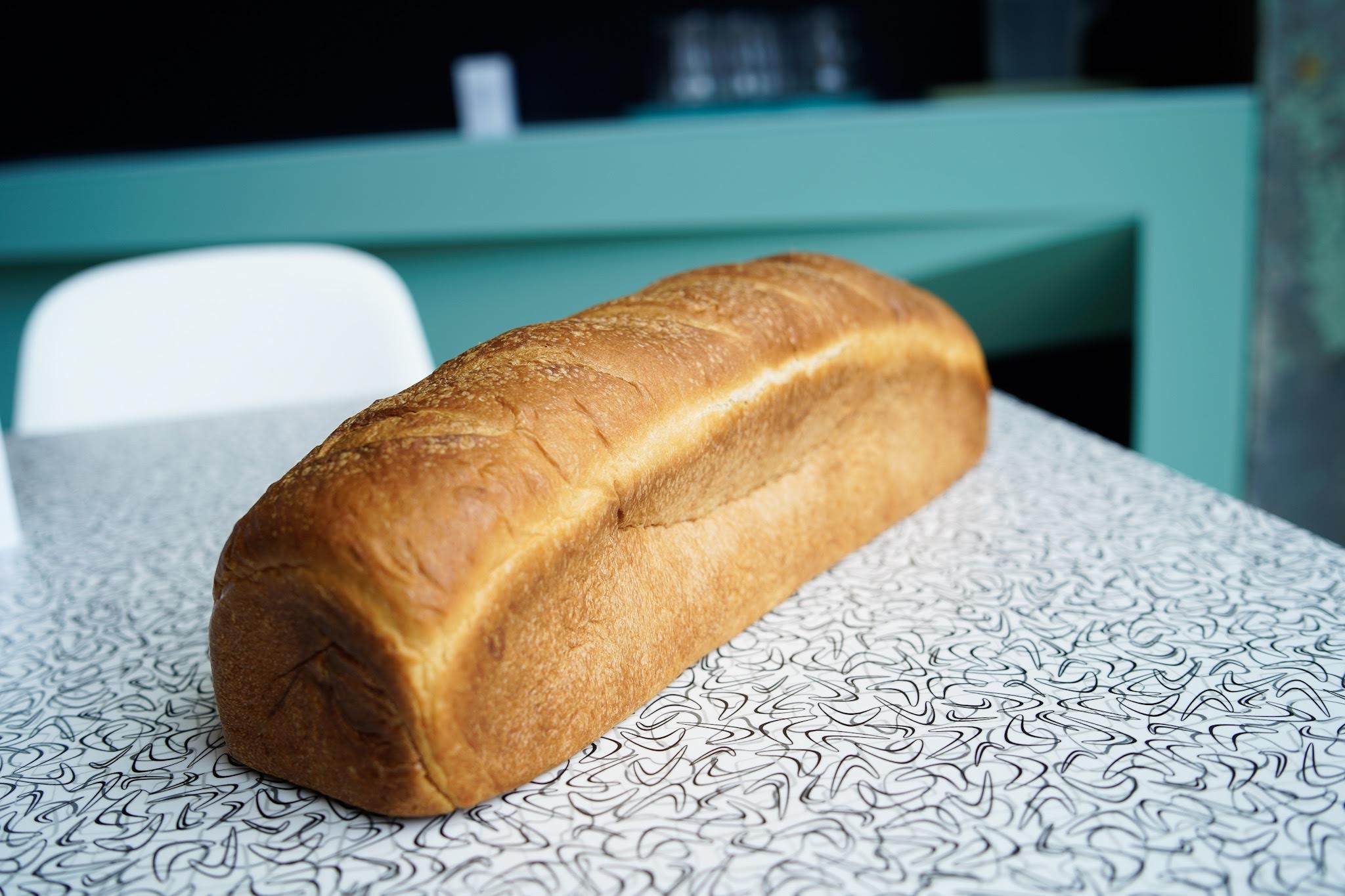 “That’s my end game for all this work that I’m doing,” she says.

It’s a long way to have come from just plunging into this as a hobby, from teaching herself and baking really for fun, when she was starting out. She read and was particularly affected by baking instructor Peter Reinhart’s book Bread Revolution, which is about the “baker’s mission,” extracting the full flavor potential from grain.

Before her jobs baking bread for a small wholesale operation that she runs and then working as a baker for places in town like The Liquor Store and Fuel Cafe, she says it took almost a year of practice to get this down. The “this” being the sprouted flour sourdough bread she’s holding in her hand, the thing she practiced at home over and over again over the course of that year to get a feel for it and to develop the so-called baker’s intuition—the sense, as you see the dough progress, of knowing when to take it to the next stage. 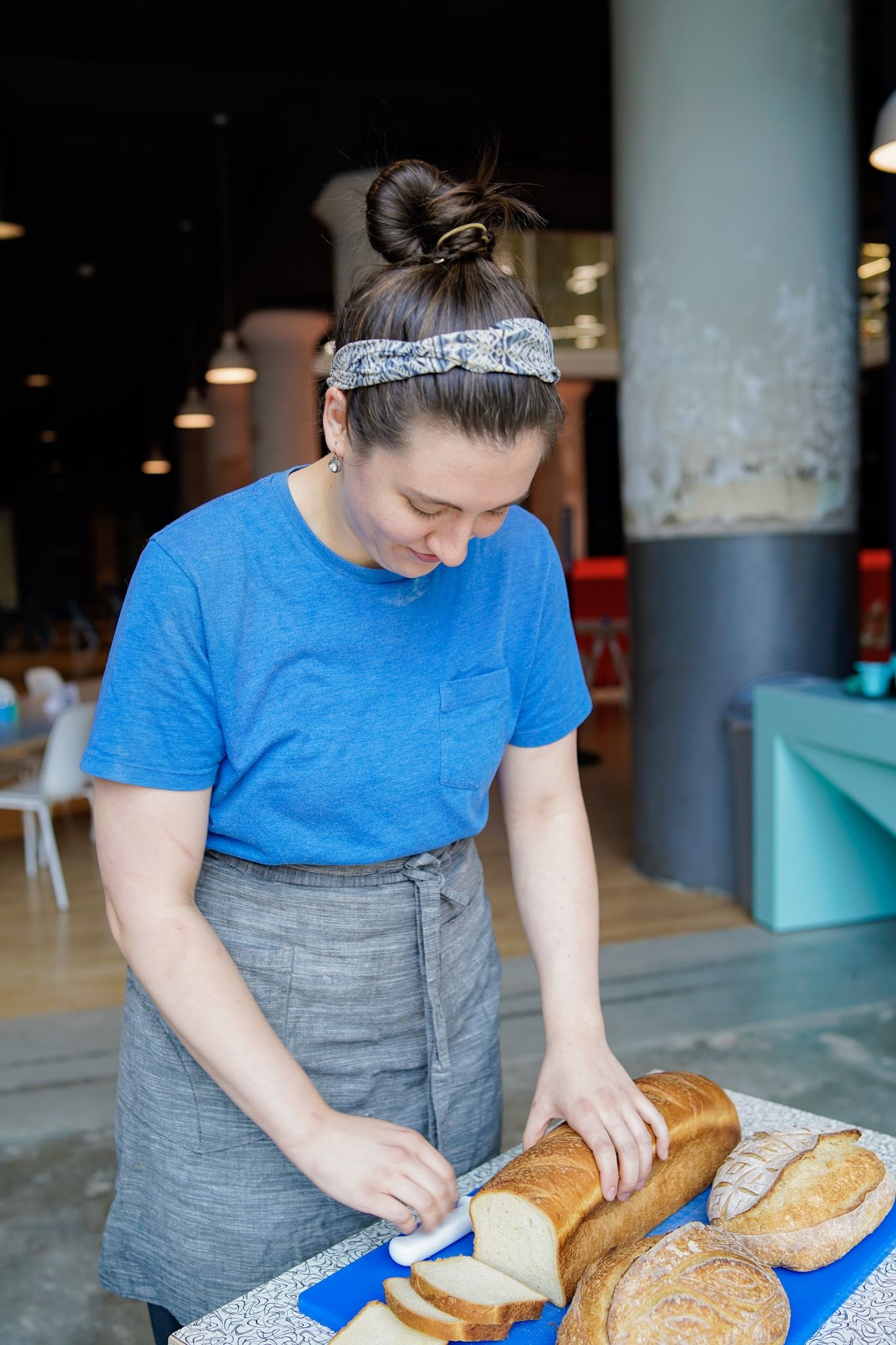 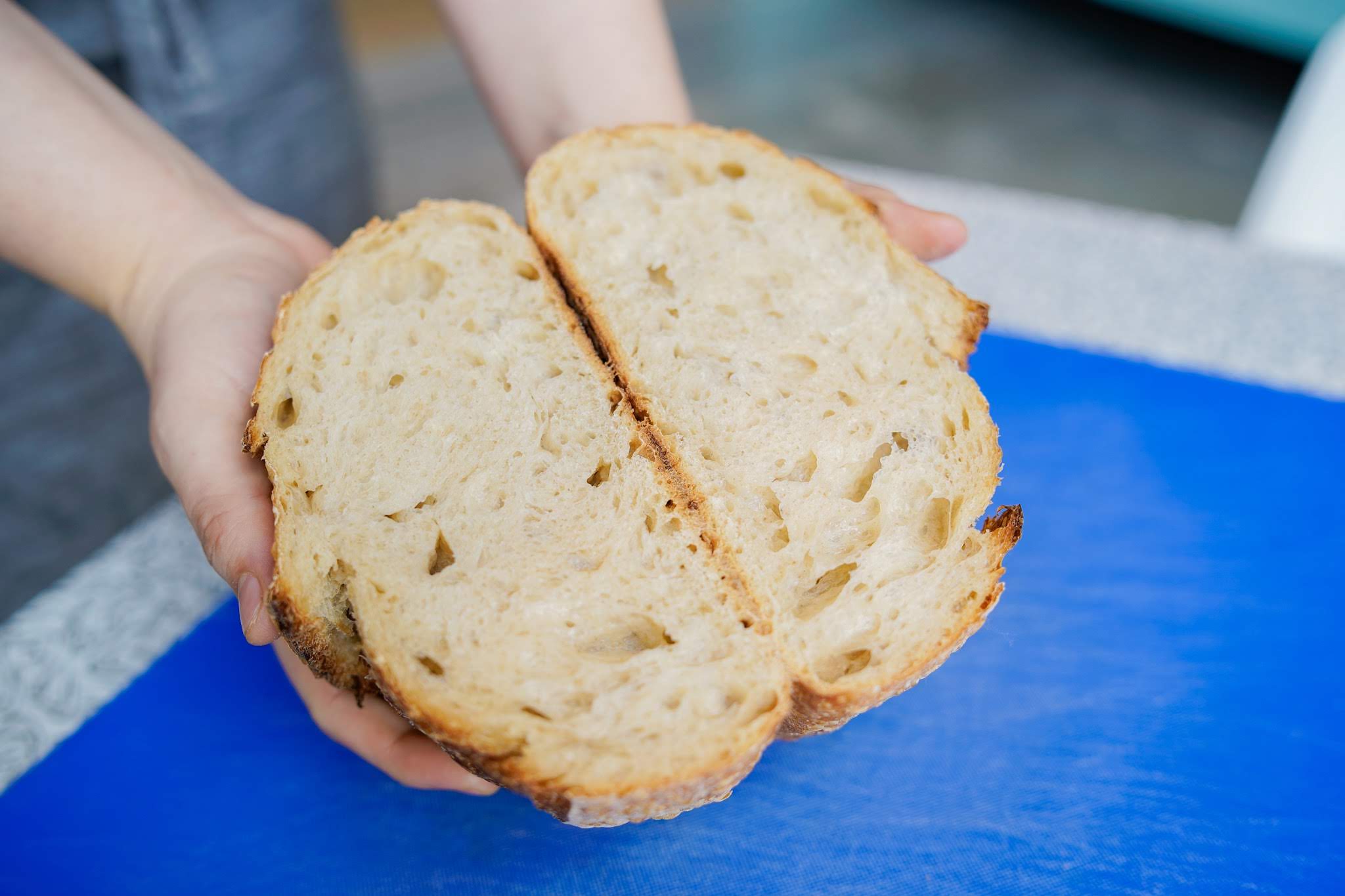 Says The Liquor Store co-owner Lisa Toro about Ali, she’s “a tremendously passionate baker, intent on perfecting the science and art of bread making at a time when the return to true mastery is once again being celebrated.”

Taking a break from her job at the Crosstown Arts Cafe, Ali studies three loaves in front of her that are of varying dimensions. “The blisters, look at the blisters on the surface of this one,” she says in a low voice. “That’s good. A great range of color, from white to golden to middle brown to dark brown.” 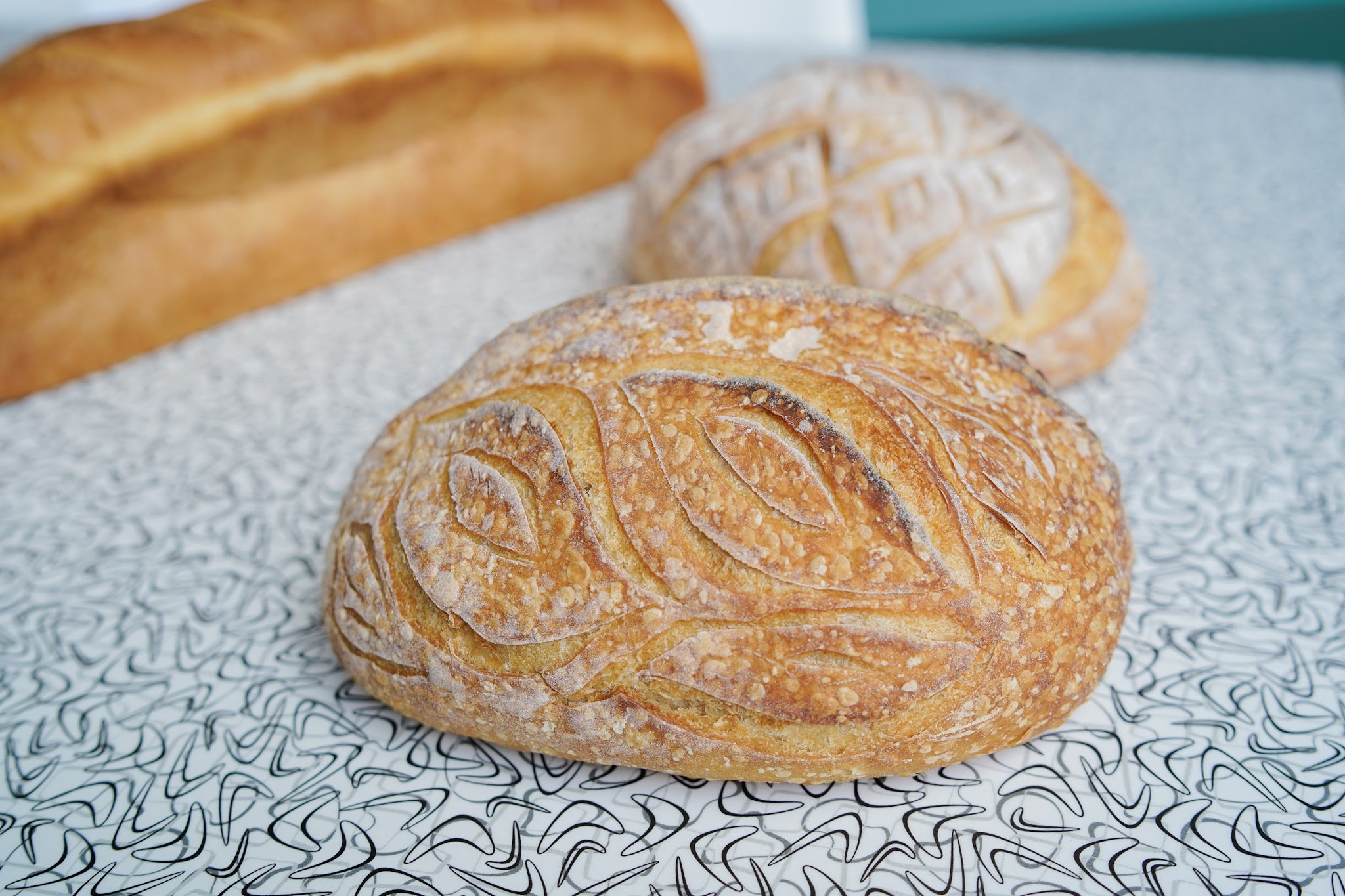 “Oh, but look how dense it is in the center,” she gestures, telling herself she should have pushed the proof longer. “I actually baked this two days ago, so it’s shrunk a bit. There are technically 12 stages of baking, which starts with scaling the ingredients.”

“Oh, I can talk about this like a crazy person.”

Still riffing, Ali says, “To do baking well, you really have to give a shit. You really have to care about it so that when you’re mixing dough, you have to care that there’s not any more clumps, even when your arms are tired. The idea of starting a baking operation to sell to restaurants is, like, a huge gap right now in the market here. If I had a space to do it, I’m sure I could talk several restaurants into sourcing high-quality, fresh-baked breads. I just want to be employed baking bread; that’s all I want to do.”

Michael Butler loves everything Memphis. His goal is to show the beauty in Memphis that others overlook. He’s a photographer, videographer, Memphis tee collector, foodie, lover of tacos and Mayor of South Memphis. @_one901

A Cabin in the Woods