The little-known link between Kwik Chek and Sam’s Deli 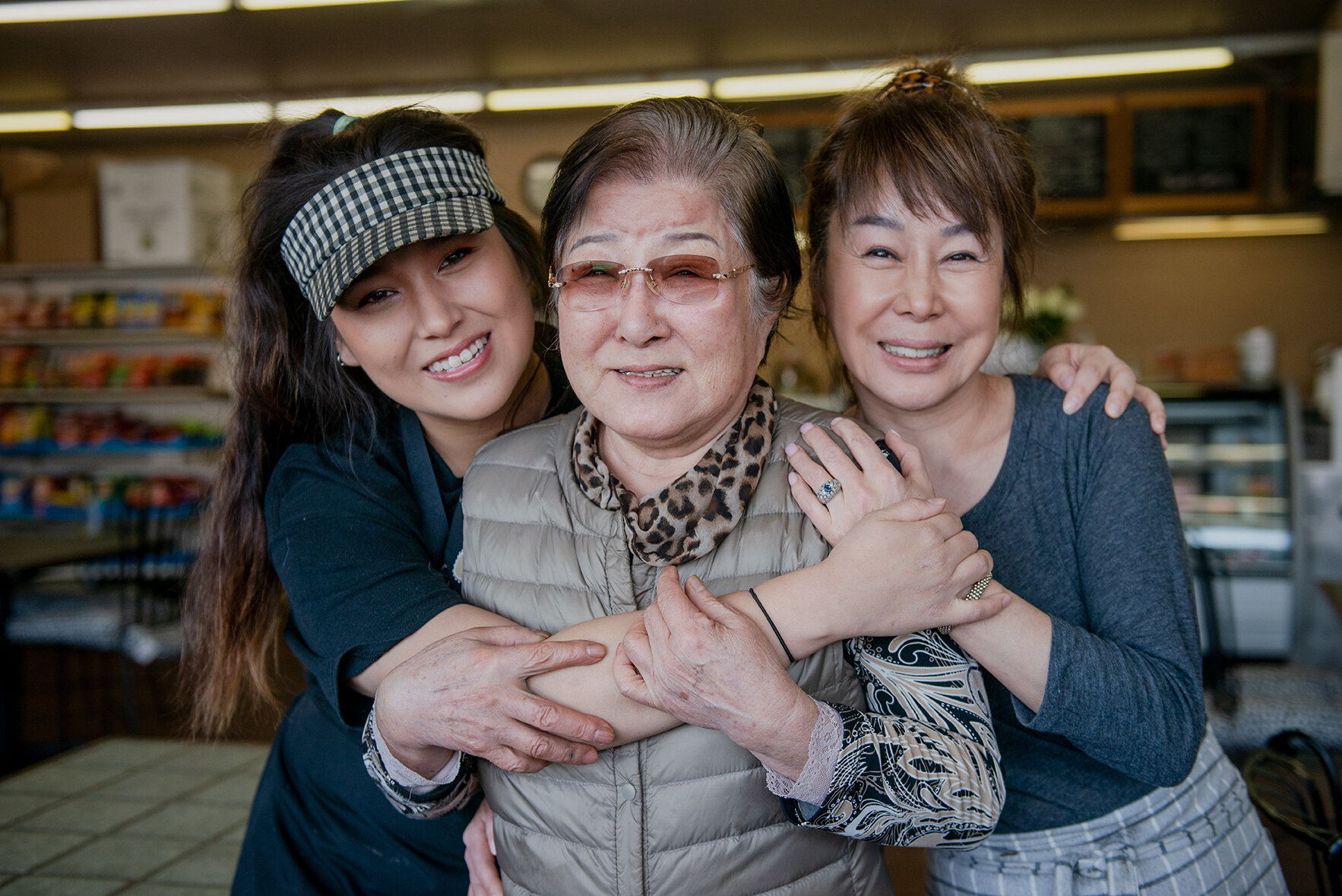 In the late ’80s and early ’90s, there was a trend of Korean-owned convenience stores in the Mid-South, which followed a broader national trend.

These convenience stores were not attached to gas pumps, and they sold an abridged version of what you could find in Kroger or Cash Saver. 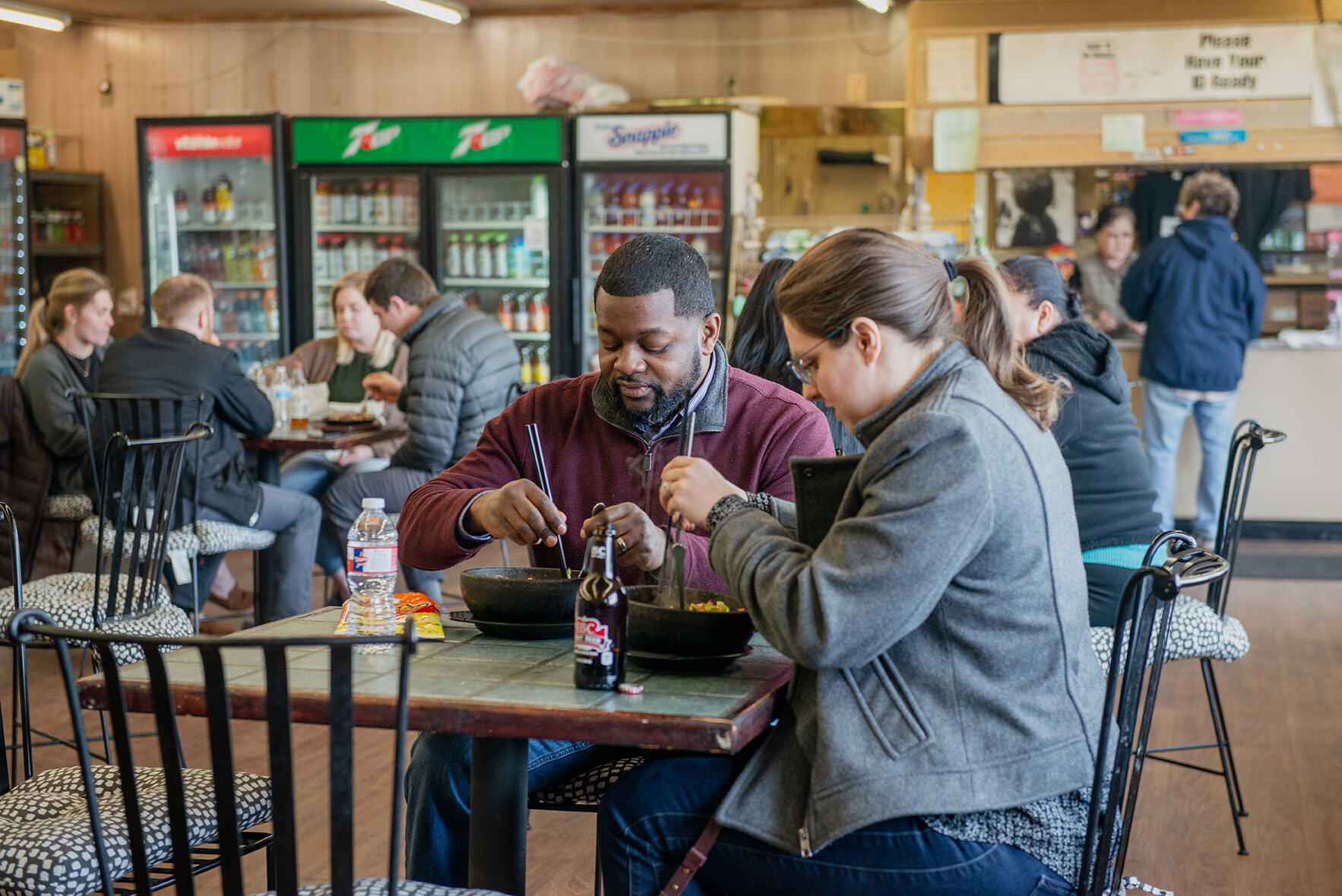 Named after their offered check-cashing service, Kwik Chek was opened in 1988 by a man named Young Choi. Three years later, he turned it over to family friend Sue Reyna, who has managed it since. Kwik Chek—located on Madison Avenue right before the Overton Square playground begins, but very firmly planted in Midtown—distinguished itself by providing a deli that served hot and cold sandwiches. Locals on their lunch breaks from places such as Turner dairy across the street and, much later after word spread, Rhodes College students loved them.

“We’re the last of the [Korean-owned, stand-alone] convenience stores open in Memphis,” Reyna said. “I think that’s been because of our adaptability.”

Twenty years after Reyna took ownership, it was clear that the deli was the most popular and profitable feature of Kwik Chek, especially after Korean and Greek items were added to the menu throughout the later aughts. Reyna owned Petra, a Middle Eastern restaurant named after the Jordanian city, a few blocks away where Tamboli’s is now. After Petra closed in 2011, Reyna greatly reduced the number of items sold at Kwik Chek. She relegated the remaining snacks, drinks, and beer to the corners of the wall, removed the rows of shelves, and put in tables. Kwik Chek was now a deli first and convenience store second, instead of the other way around.

“We didn’t change the name, because that’s what our customers know us as,” Reyna said. “We are Kwik Chek.”

The deli is known for its muffalettas, which include a spicy garlic habanero sauce, its bi bim bop and bi bim bop burger (which includes all the regular sautéed vegetables, spices, sauces, and runny egg of a bi bim bop with a teriyaki marinated burger patty and a bun instead of rice), Greek additions like dolmas and gyros, a kimchi-infused burrito (which Reyna says is perfect for anyone who needs a quick bite on the run), and other sandwiches and wraps which also feature their flavorful spicy garlic habanero sauce. They even have a steak sandwich which uses bulgogi, a Korean beef preparation with a sweet marinade. The thread running throughout every item on the menu is bright, lingering flavor and a high level of heat.

“We used less spice when we first opened because many of our customers liked it to be mild,” Reyna said.

“But the younger generation likes it to be really spicy.”

Reyna credits the Greek influence on the menu to her ex-husband, Helario “Harry” Reyna, who operated the popular downtown sandwich shop, Elliott’s, for a few years after their divorce.

“That’s my dad,” Reyna’s daughter, Alexandria Genders, who works at Kwik Chek, chimed in during the interview. 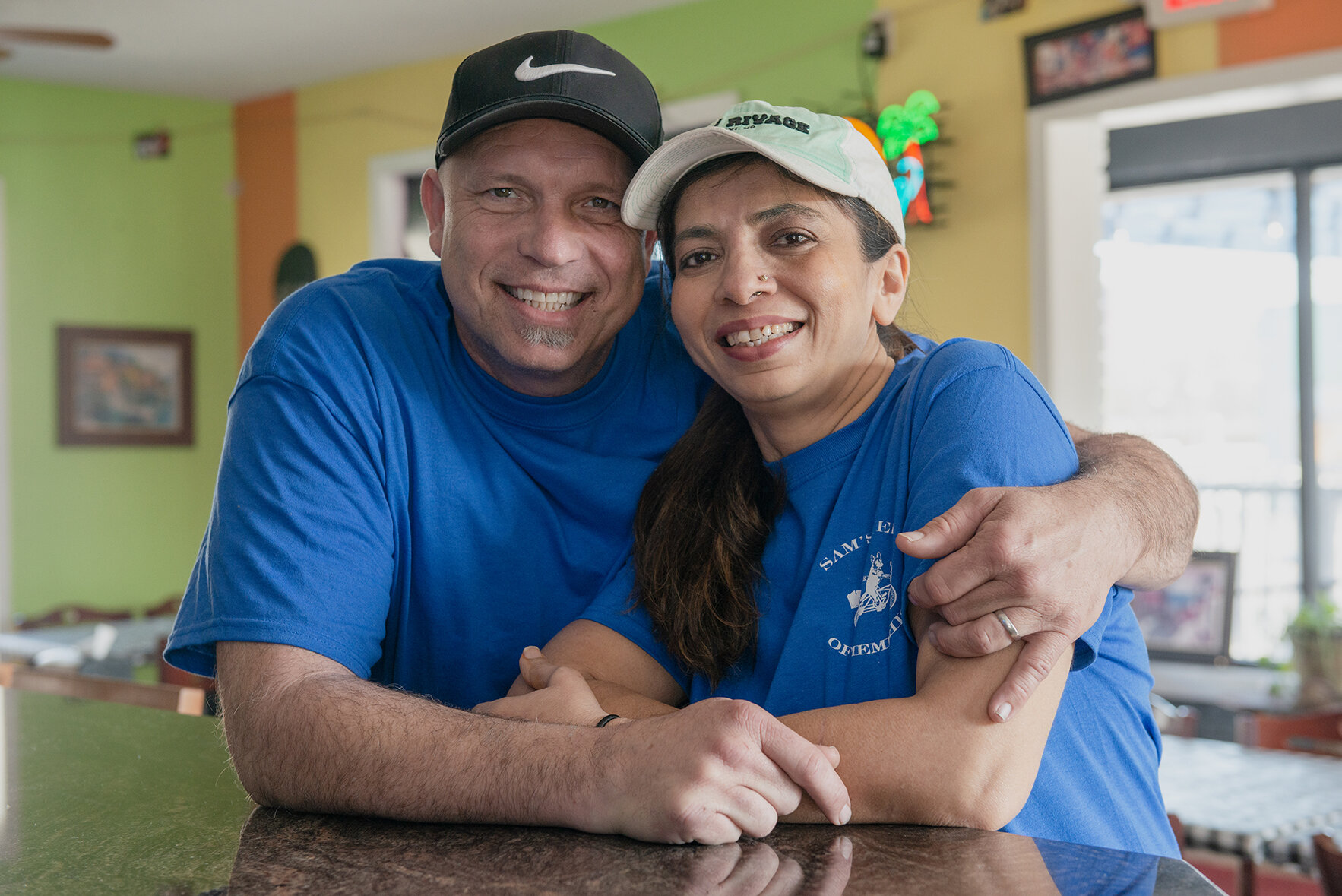 In 2018, a man named Brad Wilbanks, who had worked as a chef for over a decade after retiring from a high-paying financial operations job in the corporate world, opened a restaurant called Sam’s Deli just off the Highland Strip with his new bride Shamira Wilbanks, a first-generation immigrant from India. Many of his best customers are students at the University of Memphis. Wilbanks had started as a chef while hanging around a coastal town in Florida. He became friends with the owner of a restaurant whose bar he frequented. Through several conversations about the culinary arts, he left enough of an impression that the owner brought him into the kitchen in exchange for his bar tab. Wilbanks loved it so much that he went to culinary school in Miami and was mentored for three years by a popular Miami chef.

He left Miami for Memphis in pursuit of a woman he would later marry and divorce—Sue Reyna. 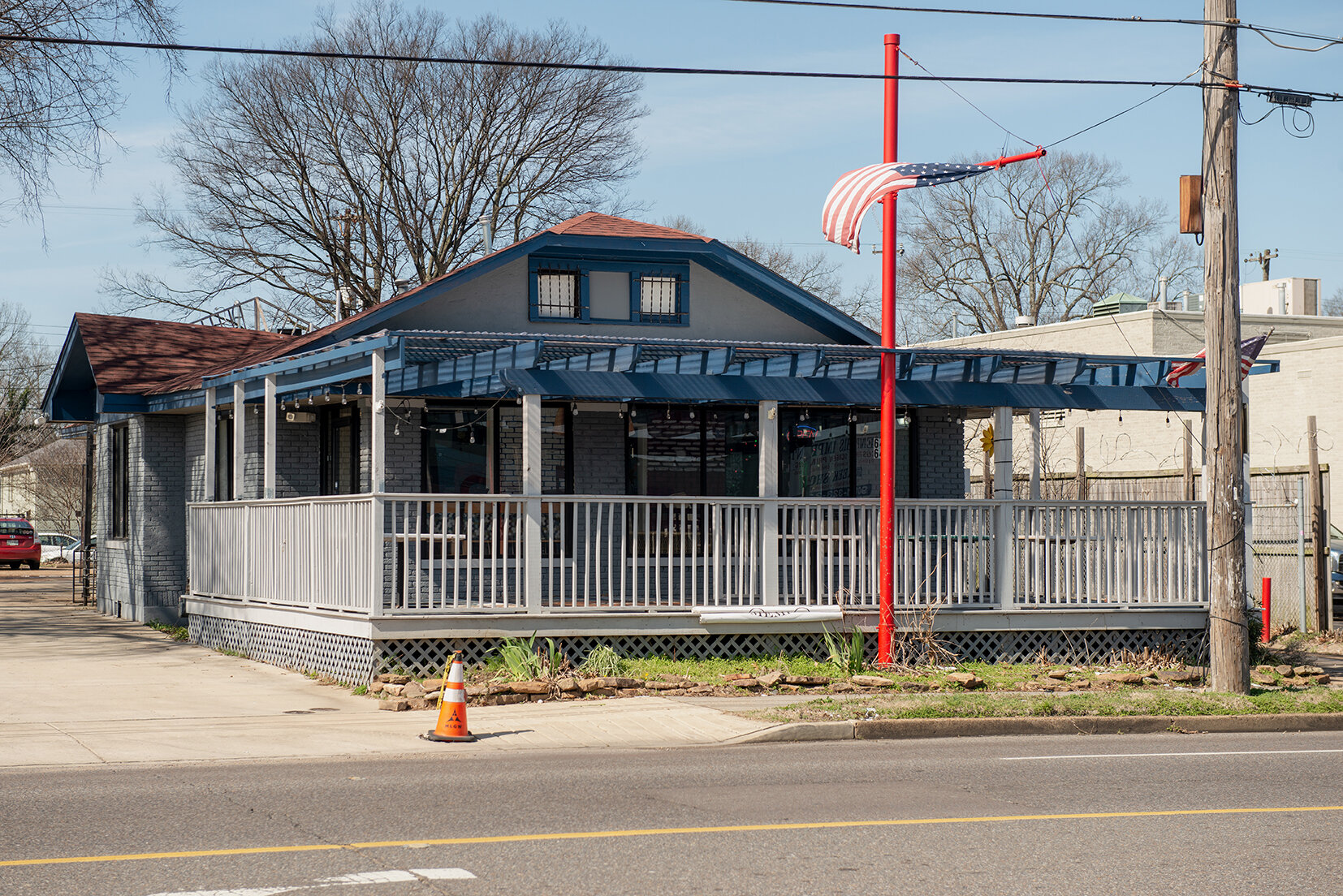 One of their most popular sandwiches, Sub 65, is made with a favorite Indian chicken dish prepared in a complicated, slow-burning spice blend called Chicken 65. The couple make their own patented spice blends to increase the flavor of all of their slow-roasted meats. Their reimagined pot roast ditches the potatoes, onions, and carrots—which water down and over-sweeten the flavor—for a pork loin with a generous spice rub. That flavorful pot roast makes the foundation of their Big Tex pot roast sandwich. They make a gigantic muffaletta (a whole one can comfortably feed four people), which can be served with their flavorful spicy garlic habanero sauce. In addition to sandwiches, they are also known for their bi bim bop.

“Most Korean restaurants sauté their vegetables, but we don’t do that for anything but the onions,” Wilbanks said. “We shred the other vegetables really fine, and they cook with the other stuff. We use Korean rice, sesame oil, but unlike other places we don’t use soy sauce because I think it masks the flavors of the meat.”

Wilbanks said his wife’s brother thought that bi bim bop was called a “billy bop” for the longest time, so they added the Billy Bop to the menu. It’s a larger bi bim bop and includes all the meats together. Sam’s Deli also offers authentic Indian meals every Wednesday, Friday, and Sunday.

More observant diners might have noticed inescapable similarities in the Kwik Chek and Sam’s Deli menus. 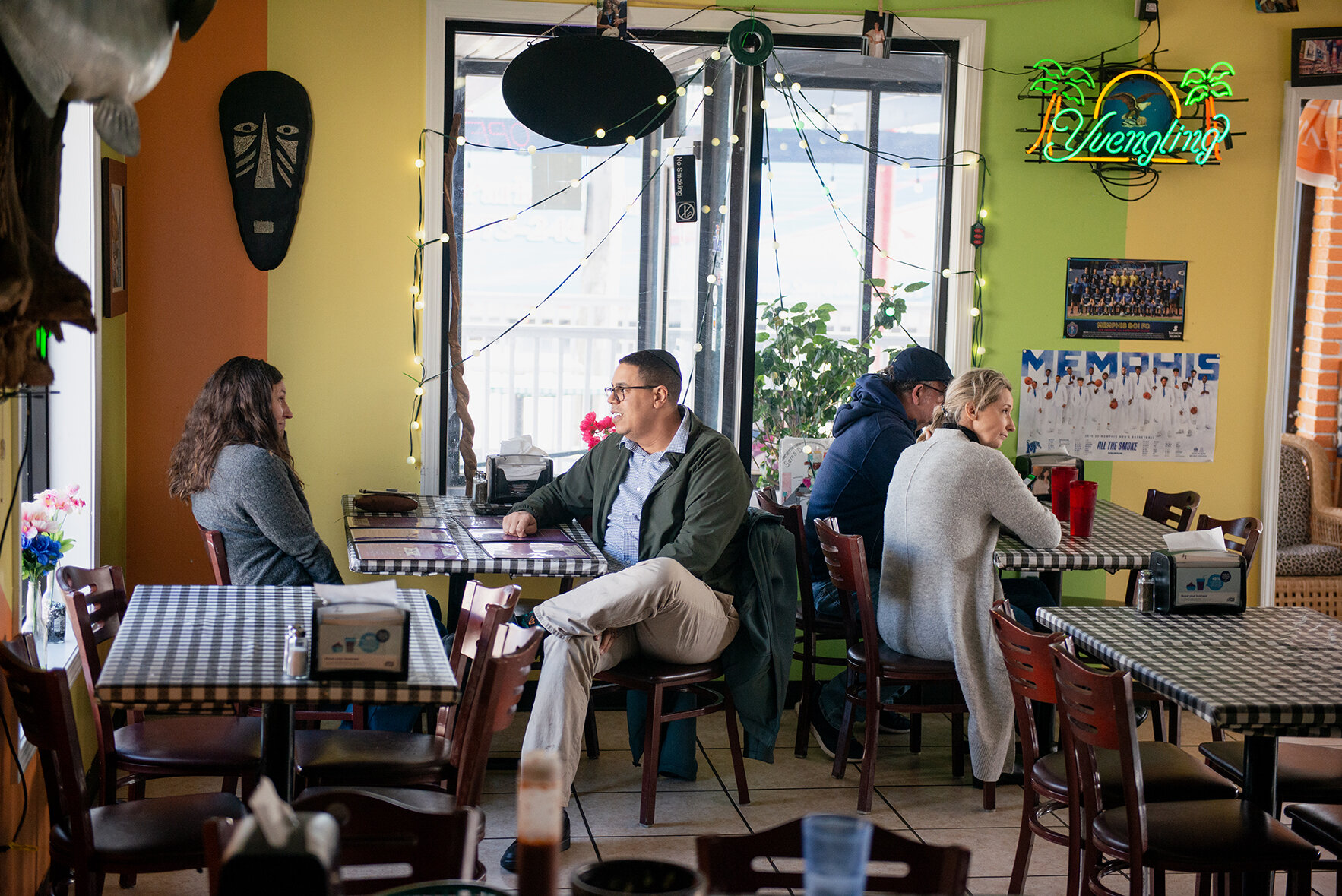 Reyna was the manager of both Kwik Chek and Petra from 2003 until Petra lost its lease in 2011. While she was the manager, Wilbanks had a hand in the popularity of Petra.

“We used to have belly dancers and fire eaters outside the restaurant to drum up business,” Wilkins said. “When we first started, we even put up dummies in the seats to get people to stop in. Nobody likes to stop at an empty restaurant.” 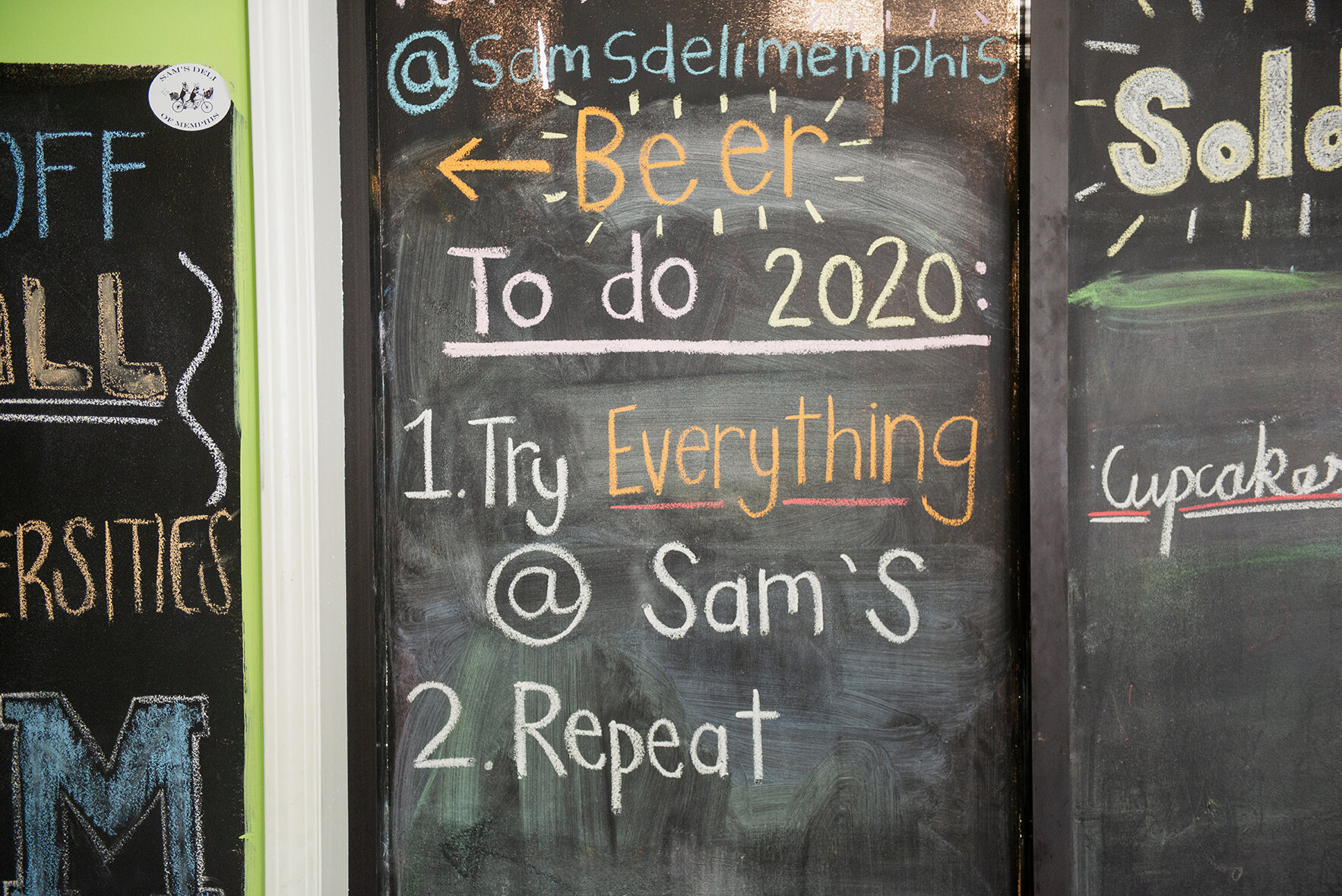 It was on Petra’s menu that the bi bim bop originated. It was by far the restaurant’s most popular item. This was one of the first restaurants to feature the item in Memphis, and certainly the first in Midtown.

“We sold over 50,000 bi bim bops while Petra was open,” Wilbanks said. “I’m very proud of that number. If we hadn’t lost our lease, that restaurant would still be open today.” 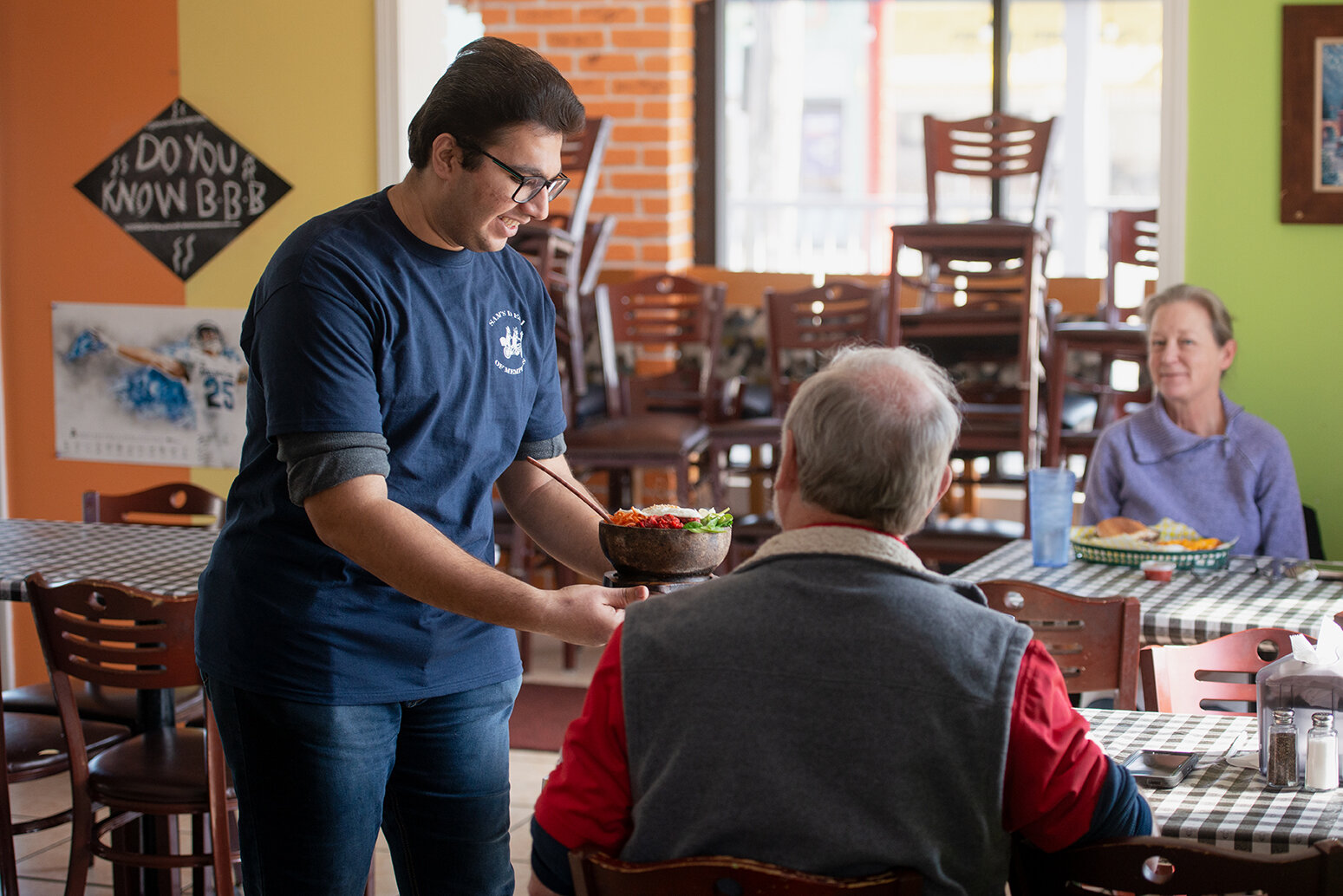 There are unmistakable similarities between what Wilkins and Reyna consider to be good food. The Greek and now Japanese items on Kwik Chek’s menu and the Indian influence at Sam’s Deli all show a willingness to combine disparate cuisines in the interest of deliciousness and a complex flavor profile. They’re both inspired by their international and domestic travels and often bring items home to their menu. They’re both unafraid to crank up the spice level in their food, although Sam’s Deli is a little more temperate.

The signature, beloved garlic habanero sauce that covers both of their dishes is not actually the same. Sam’s is a little lighter up front with more of a kick on the back end, while Kwik Chek is more immediately b. Similarly, there are plenty of long-buried disagreements over who came up with what during this history, and Reyna and Wilkins do have different philosophies about how to manage a deli.

But they have both managed to create distinctive eating experiences that bring big flavor to our city.

Within a few miles of each other, there’s a convenience-store-turned-deli where an elderly woman is making Korean dumplings by hand, and a new deli with traditional Indian food on special. And on any given weeknight, you can see someone ordering a bi bim bop or a muffuletta at either deli. And they’ll both give you extra garlic habanero sauce, if you ask.

Erik Allgood is a freelance journalist, teacher, writer, producer, and performer who has lived in the Mid-South for almost a decade and loves it. He resides in Memphis with his girlfriend and will gladly take any food recommendations, sandwich or otherwise, especially around the downtown area. @erikallgood

Brandon Dill has found a home in Memphis. When not planning road trips with his wife or building blanket forts with his two daughters, he likes to take pictures. His photos have appeared in the The New York Times, The Washington Post, The Guardian, and others. @bdillphoto

Food in the Time of Corona