0 0
Wherever you look in the local food system, you’ll likely find a U of M anthropology graduate

When I visit the farmers market, I observe what’s in season and strategize how to best load up my market bag. But I take note of many other things too. This is what I learned on a recent Saturday:

The “new guy” with the cantaloupes and watermelons looks familiar. Turns out he’s a former manager of a local restaurant who’s a few weeks away from opening his own restaurant. His new head chef just happens to be someone whose career I’ve been following. Next, when I’m buying my weekly chickens, the farmer tells me he’s running out of hogs to butcher and may retire early. There’s discussion of how difficult it is to get animals slaughtered in the current “normal.” The dairy farmer has added a $1 deposit to the mason jars he sells yogurt in, as they are harder and harder to come by. The produce farmer has stopped accepting empty egg and berry cartons because she doesn’t want any added contamination risks.

This is what we anthropologists call “participant observation.” It helps me look for the various ways that people, projects, and communities are connected in Memphis and how they also connect to the larger food system.

Understanding these connections is fundamental to Edible Memphis.

I studied anthropology at the University of Memphis, where Keri Brondo serves as chair of the anthropology department. “Anthropologists are important everywhere,” she says. “They are trained to understand social phenomena both holistically (so we can make cross-cultural comparisons and talk about the human condition generally) and also very specifically (due to our deep ethnographic engagement), which allows us to make connections between structure, agency, and cultural meaning.”

When it comes to food, anthropologists have a specific role to play. “Anthropologists working in this area connect the symbolic and cultural significance of food to material realities—thus connecting, for instance, systemic racism to calls for food sovereignty,” Keri says.

I realized a few months ago that a lot of my fellow alumni from the University of Memphis Department of Anthropology are deeply involved in our local food system—running restaurants, managing urban farms, helping rural farmers harness the power of nature, coordinating community supported agriculture, creating school gardens, and managing a farmers market and kitchen program in South Memphis.

I thought you might like to know more about them, and learn how anthropology is alive and well in Memphis. 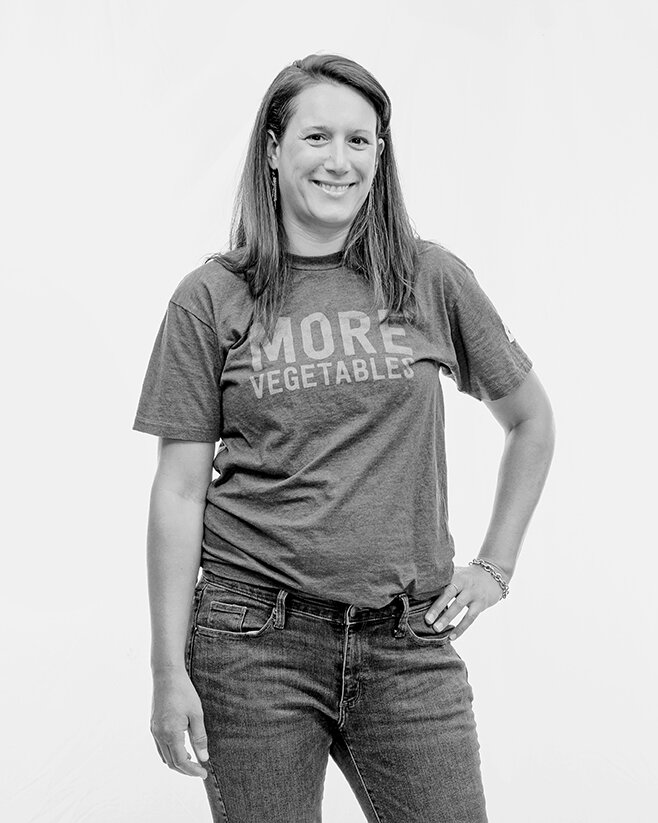 On any given day, you might find Marie Dennan working in a local school garden with her team, developing relationships with community partners, or discussing national strategy for Big Green. In whatever she’s doing, collaboration is at the heart.

“We connect with community partners on a regular basis to collaborate and make sure our work is relevant,” she says.

“Anthropologists consider a code of ethics when working with communities, making sure the work is respectful, ethical, and community-driven.”

She recognizes that a local food system is made up of many stakeholders—including farmers, consumers, nonprofits, government agencies, food distributors, restaurants, and public health agencies.

“Anthropologists tend to be interested in learning from multiple stakeholders to work together and inform decision-making,” she says. “We tend to value collaboration and being able to collect and analyze multiple perspectives. Anthropologists can provide value to working in any industry.”

The team she leads focuses on improving grower profitability, environmental sustainability, and consumer health through the use of natural microbiology and digital technologies.

As an anthropology graduate student, Sanne researched food systems and environmental sustainability and learned about the connection with qualitative, quantitative, and ethnographic research.

“Really, everything I did and learned as an anthropologist helped me prepare to be successful in this role,” she says.

Anthropologists bring to the table some unique qualities and skills, like empathy, curiosity, a desire to collaborate, and a broad toolkit to understand and design nearly everything, she says. They tend to be both data-driven and people-focused with a wide variety of interests, experiences, and backgrounds.

“I’d like to believe that we as anthropologists always focus on inclusivity and doing the right thing,” she says.

When it comes to local food systems, Sanne says a diverse group of people need to be working together, and anthropologists often bring valuable, broad networks.

“We tend to approach issues from the bottom up, which I think can often give a much different perspective from the more top-down approaches that are common in business and government,” she says. 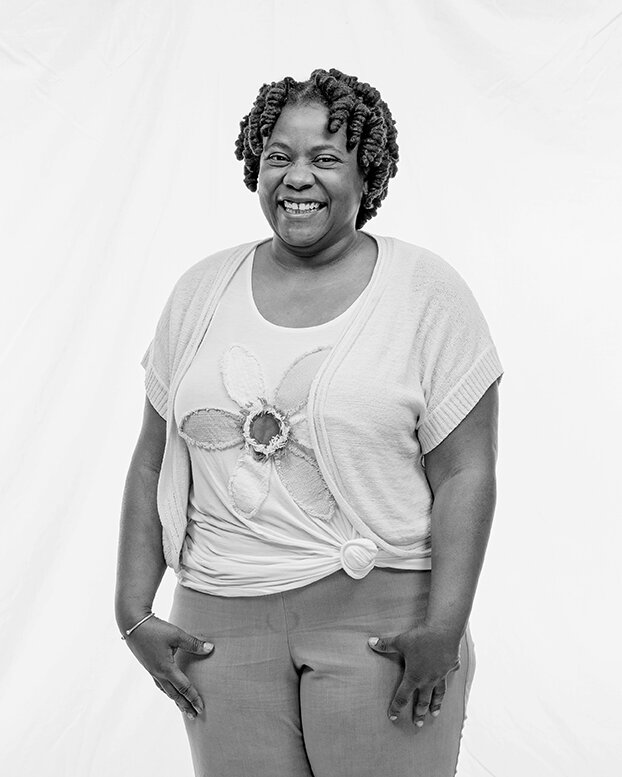 “Food is at the center of every culture in the world,” says Mia Madison.

She believes that having anthropologists working in the local food system helps ensure that a culture is upheld and sustained into the future.

“It ensures that the farmer, who is at the center of the system, is observed, assisted, awarded, and sustained,” she says.

In her work with Memphis Tilth, Mia uses “participatory action research” to understand and create more equitable opportunities for people of color to become stewards of the natural environment.

She says that anthropologists are uniquely able both to provide a unique qualitative perspective and to use observations and historical recordings to quantify across cultures.

“We maintain the validity of the human perspective by reporting our findings for social good,” she says. 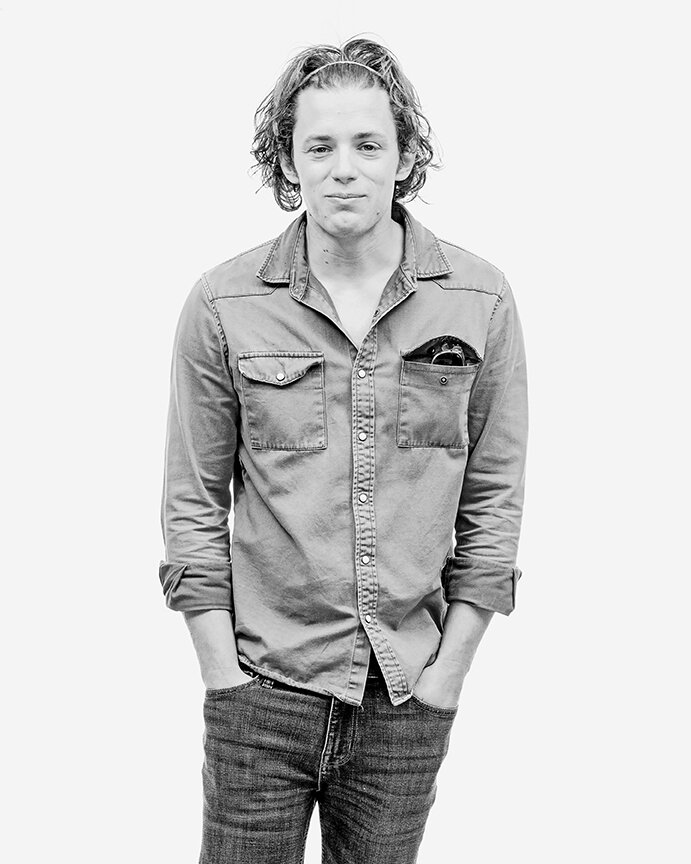 Theo Davies is an urban farmer who spends his days on two certified-organic acres in the Soulsville area of South Memphis, just down the street from the Stax Museum and LeMoyne-Owen College.

“Anthropology helps me unpeel the layers of food inequity I see on a daily basis,” he says. “It has helped me understand the role of each player—for example, how the U.S. Department of Agriculture established the “40 acres and a mule” program after the Civil War, but then how it was systematically dismantled due to racial discrimination, and how, combined with the effects of middle class flight, that left urban neighborhoods like Soulsville in dire straights.”

But his anthropology background doesn’t help him only to see the problems. It also gives him tools to work toward solving them.

“My education has helped me see there’s opportunity to make real change by accessing a community’s assets instead of dwelling on its flaws,” he says.

Theo believes food is the strongest transmitter of culture, and he sees anthropologists as key to understanding that and translating it to the local food system.

“We know from anthropology how barbecue became the tradition it did and how a delicious rack of ribs, beloved in this city, was born out of the kitchens of slaves,” he says. “Anthropology provides us with a lens into the past and how it informs our present. We need anthropologists in the local food system to analyze our agricultural past—how food inequity has continued to tip the balance of power away from some, how change is made at the community level to address food insecurity—and to inform our perceptions, policies, and food traditions.” 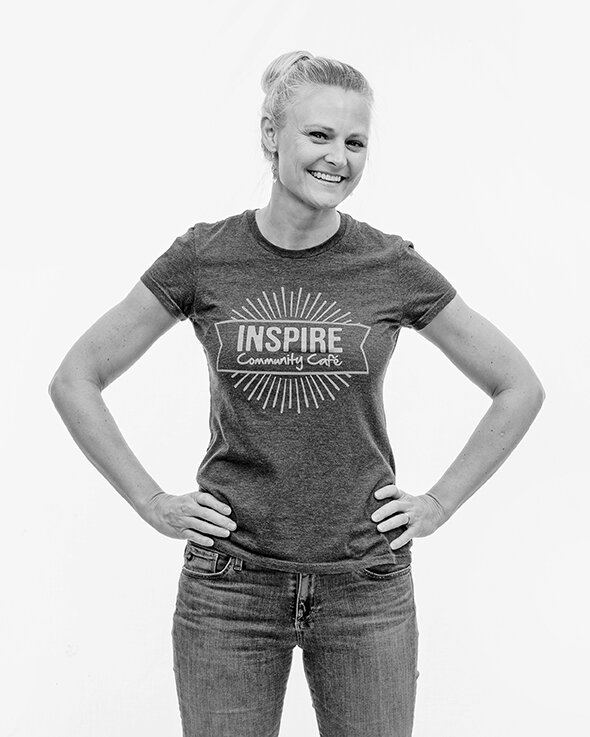 As Kristin Fox-Trautman and her team planned the Binghampton-based Inspire Community Café, she relied on key principles of anthropology, like equity, social justice, and prioritizing stakeholders’ voices.

“These principles shaped our business model, which pays a living wage and has an employee profit-sharing component,” she says.

“We also have a flat leadership model in which all core team members have equal voice in decision-making and all major decisions are based on the consensus of the team.”

Kristin says that anthropologists focus on how a local food system affects people who have been marginalized or who face inequities, like a lack of access to healthy food. With issues like that in mind, Inspire intentionally uses products that are grown and produced locally, and they seek to partner with vendors owned by women and people of color.

When looking at a system, Kristin and other anthropologists want to make sure that everyone has a voice. “We look to see if decision-making bodies are representative of the diverse cultures and stakeholder groups within that community or institution,” she says. 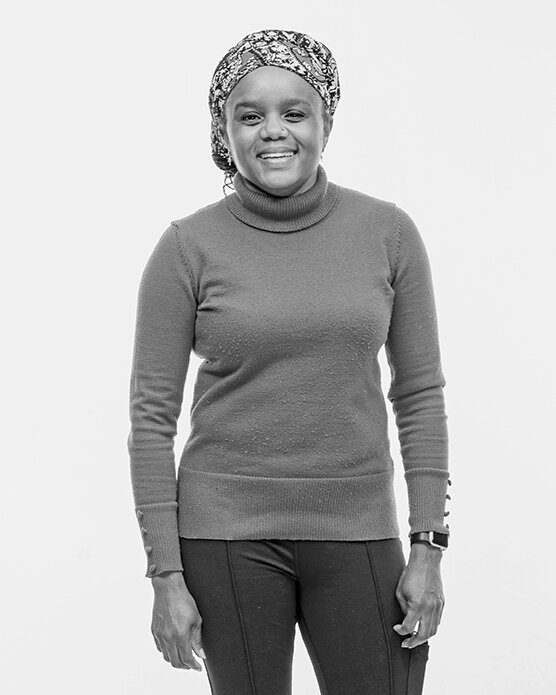 Roshun Austin says that she serves as CEO, CAO, COO, CIO, and CFO—all wrapped into one job. Among her myriad other responsibilities, including managing 17 staff members and overseeing a $5 million operating budget, Roshun ensures the successful operation of the South Memphis Farmers Market, which is both a farmers market and a green grocer.

“I use several methods of anthropology in my work,” she says. “They include analysis of how people interact with their environment; ethnographic methods like participant observation, interviews, and surveys; and quantitative surveys.”

Roshun says her anthropological training in analysis has served her well as a CEO.

“Analytical skills allow me to be nimble and manage all lines of business efficiently and effectively,” she says.

Brandon Dill has found a home in Memphis. When not planning road trips with his wife or building blanket forts with his two daughters, he likes to take pictures. His photos have appeared in The New York Times, The Washington Post, The Guardian, and others. @bdillphoto

Plating and Politicking with Torrey Harris