Sometimes, you need to relax your principles 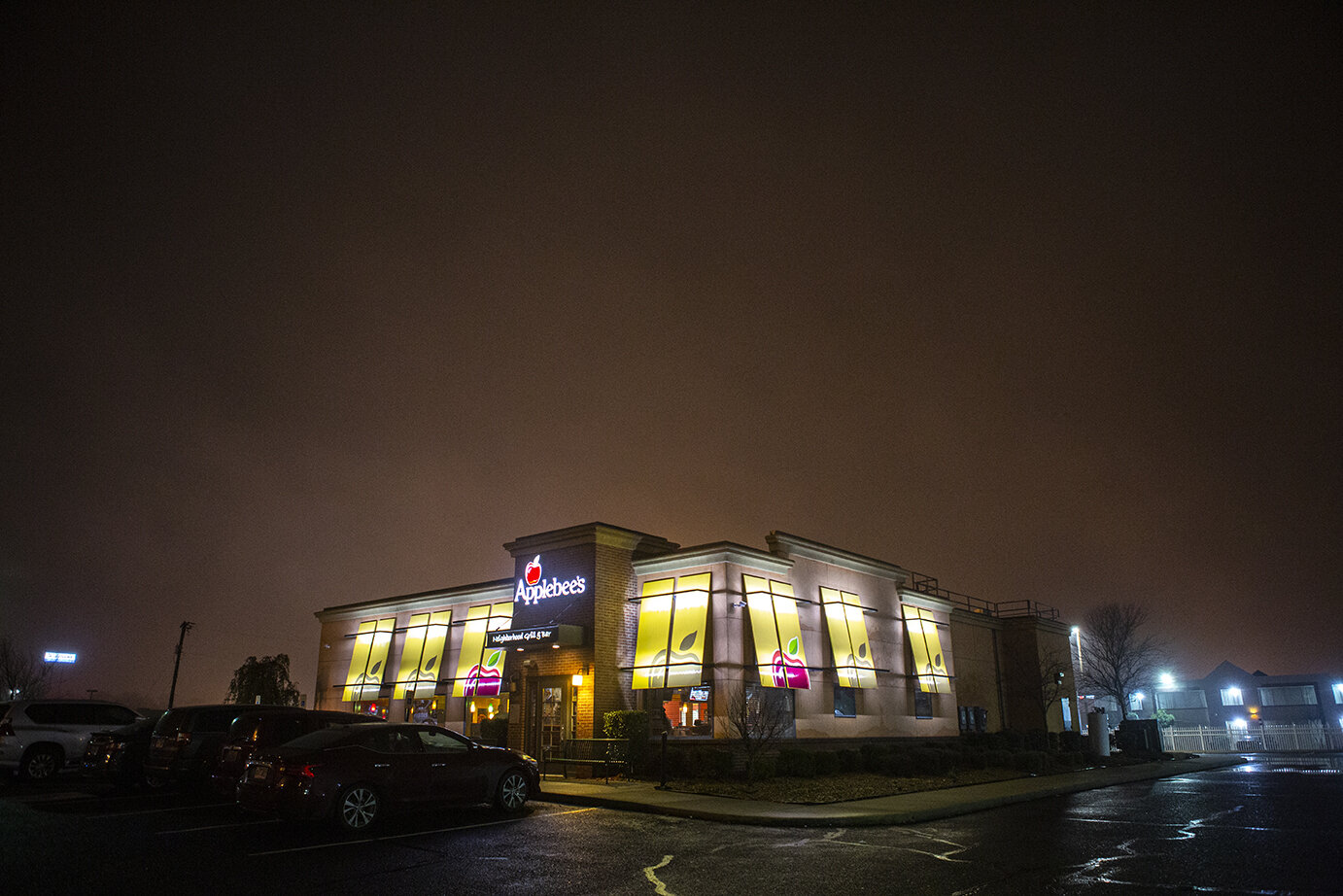 I consider myself a person of some principle regarding food.

I bet you do, too, if you’re reading this magazine. The vegetables I don’t grow myself I buy from a CSA, and, if that isn’t in season, it’s organic; at the very least, I buy as fresh and whole as I can find. I find the appeal of Trader Joe’s baffling, considering its preponderance of plastic packaging around things like bell peppers and oranges. We had backyard chickens—had, until our dog got to them, a tragedy of such proportion to our bleeding hearts that we’re still working up the fortitude (and chicken fortress plans) to try again. I care deeply about the meaning of sharing food that came to be through labor and love, the old recipes and cookbooks passed down that link me to my foremothers, the ingredients that connect me to the good earth that grounds me.

Most importantly, for years I have had a badge of honor that literally no one cared about except me: a shining distinction crafted and given to me with great aplomb by myself, polished with the same fastidious zeal and upturned nose of Percy Weasley-made-Hogwarts-prefect.

This badge declared that I would never, ever eat at chain restaurants. 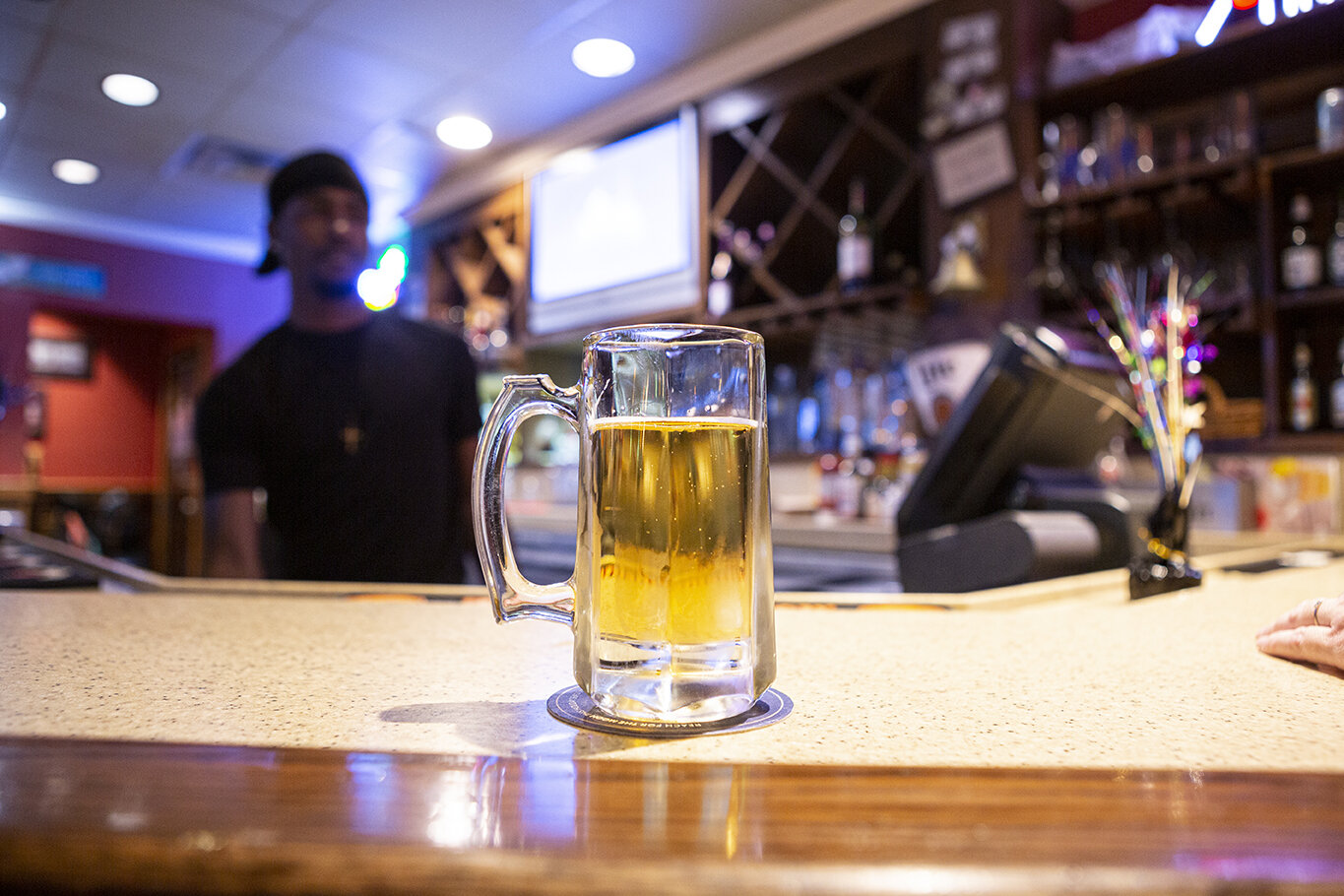 And then I moved to West Memphis, where I discovered Applebee’s and the all day, every day $1 PBR.

I swear it wasn’t serious the first time. During the move I had found a gift card to Applebee’s, at least a decade old, moldering in a forgotten corner of a desk drawer. “Are millennials even allowed to have these?” I joked with my wife. “When in West Memphis,” she shrugged, and we laughed all the way to Applebee’s on the day we closed on our house. How meta! How ironic! The only millennials not responsible for killing Applebee’s!

I’m not sure when we lost control. After one particularly trying day, I texted a beer emoji and a string of incoherent letters, which denotes an existential crisis that can only be solved by beer; aka, a beer emojincy. Instead of meeting at home to cross back over the bridge to our favorite brewery, we wasted no time and met at the Applebee’s. Pabst Blue Ribbon, a long talk at the bar, crisis averted, life would go on. The bill was $6, which ain’t bad for sessions solving existential crises.

We went back after a few weeks.

Larry the bartender remembered us and our drink order; we chatted about our lives, his hopes and dreams of opening a place of his own in town.

“All people will be welcome there, you know what I’m saying?” he boomed with a knowing look at his two new lesbian regulars. I drank my PBR from a frosty mug and looked around. 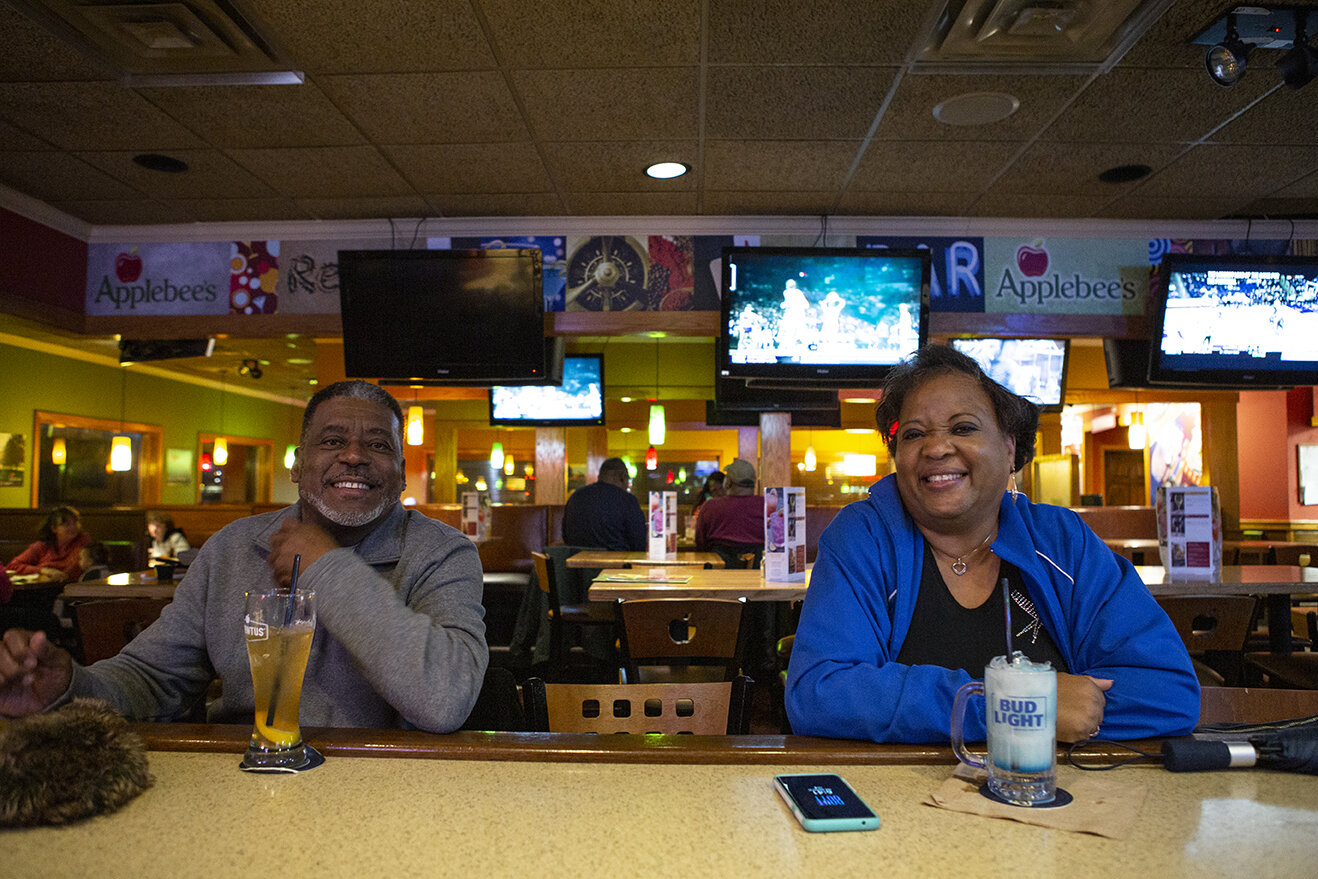 I began to notice that this, actually, was a cross section of the true South. Here was the family of six celebrating a special night out at a restaurant. Next to us was a group of hunters, still in their camo and orange vestments, who’d spent the day contemplating ducks. When I showed up to watch a Kansas basketball game, there were two other Kansas displacements who lived not a mile from us and traded stories about Lawrence with me. We sat, white and black and working-class like no hipster joint I’ve ever eaten at, as my wife points out in nearly all my favorite Memphis restaurants. Larry holds court at the bar and asks with delight and concern where we’ve been—unlike the favorite brewery where, after two years, the bartender still demands our IDs and tries to split our check into two. No sweet potato emulsion over shaved radicchio, no pricey plateless interpretations of appetizers, no haute renditions of classic Southern food—but don’t you tire of that, too? Somewhere, on our sporadic bi-monthly-ish visits, I stopped laughing.

I suppose I get to keep my principled foodie badge due to a technicality.

We don’t eat at chains; we just drink there.

Plus, this is my badge given by my rules, so there’s no use arguing. 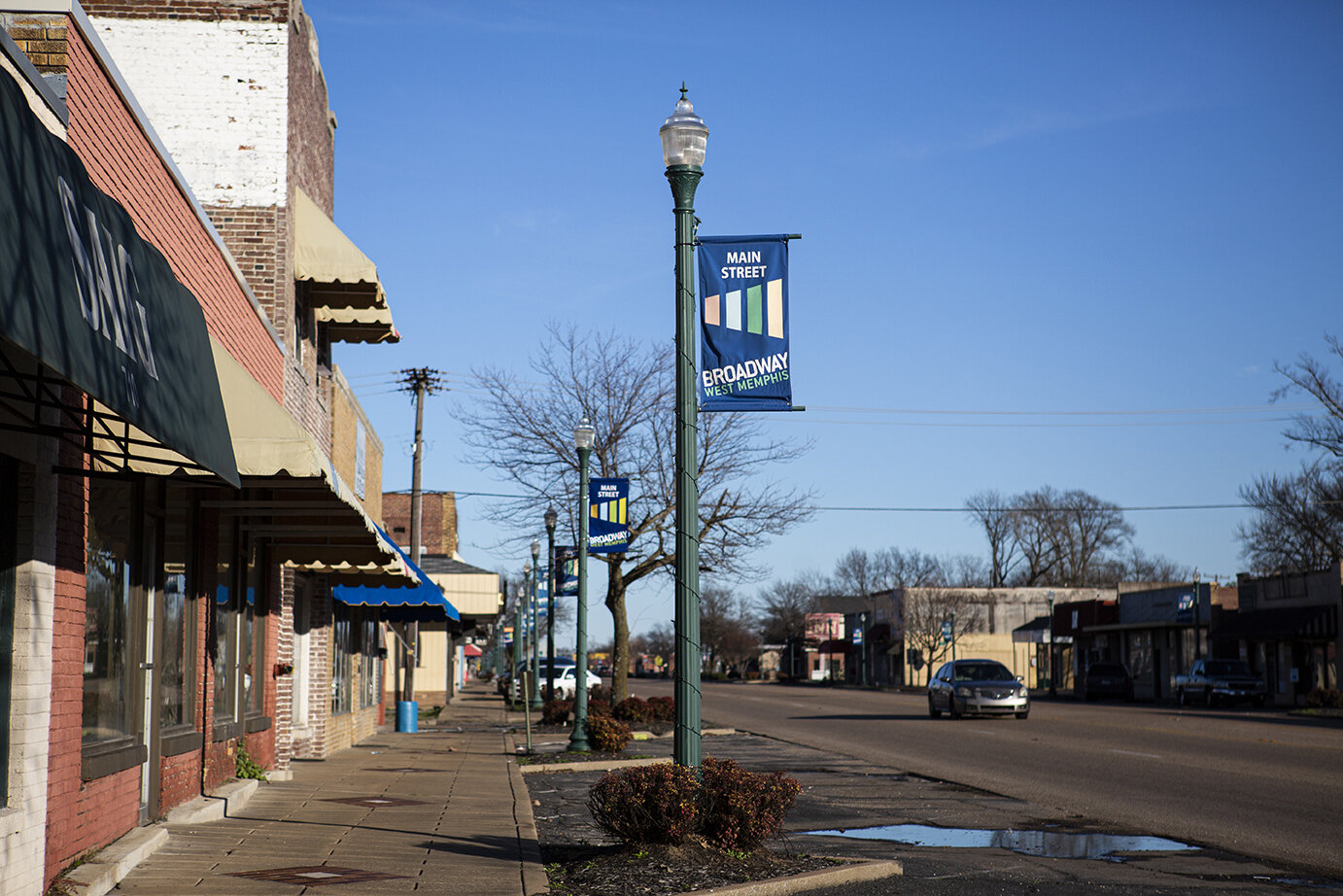 But I’ve relaxed a little in the badge’s purity. The most depressing thing about West Memphis is nearly every physical reality the town holds: endless concrete, flooding and potholed streets, a food scene that is mostly unaware of the terms “local” or “vegetarian” or “salad,” a casino which makes unfathomable amounts of money and does hardly anything at all for the community living around it. But as I live here, I keep stumbling upon something hidden at its heart. For all the cards that have been dealt to this place (truck stops, no city planning, did I mention the blight of that casino?), I have accidentally found that a faceless, soulless, corporate chain restaurant still cannot repress the goodness of the community. I wish it was shining through somewhere else, sure, but perhaps my shiny badge could handle a different set of values—that purity of association could be less of a concern. This applies to many situations; ask Ellen DeGeneres about the public outcry for sitting next to George W. Bush at a ball game for an easy example of the value we stock in purity.

I guess I’m saying there’s hope even in this existential crisis, though the PBR still helps.

If you end up going, tell Larry I sent you—and under no circumstances should you have the $1 blue zombie drink special if you plan on getting back over that bridge. 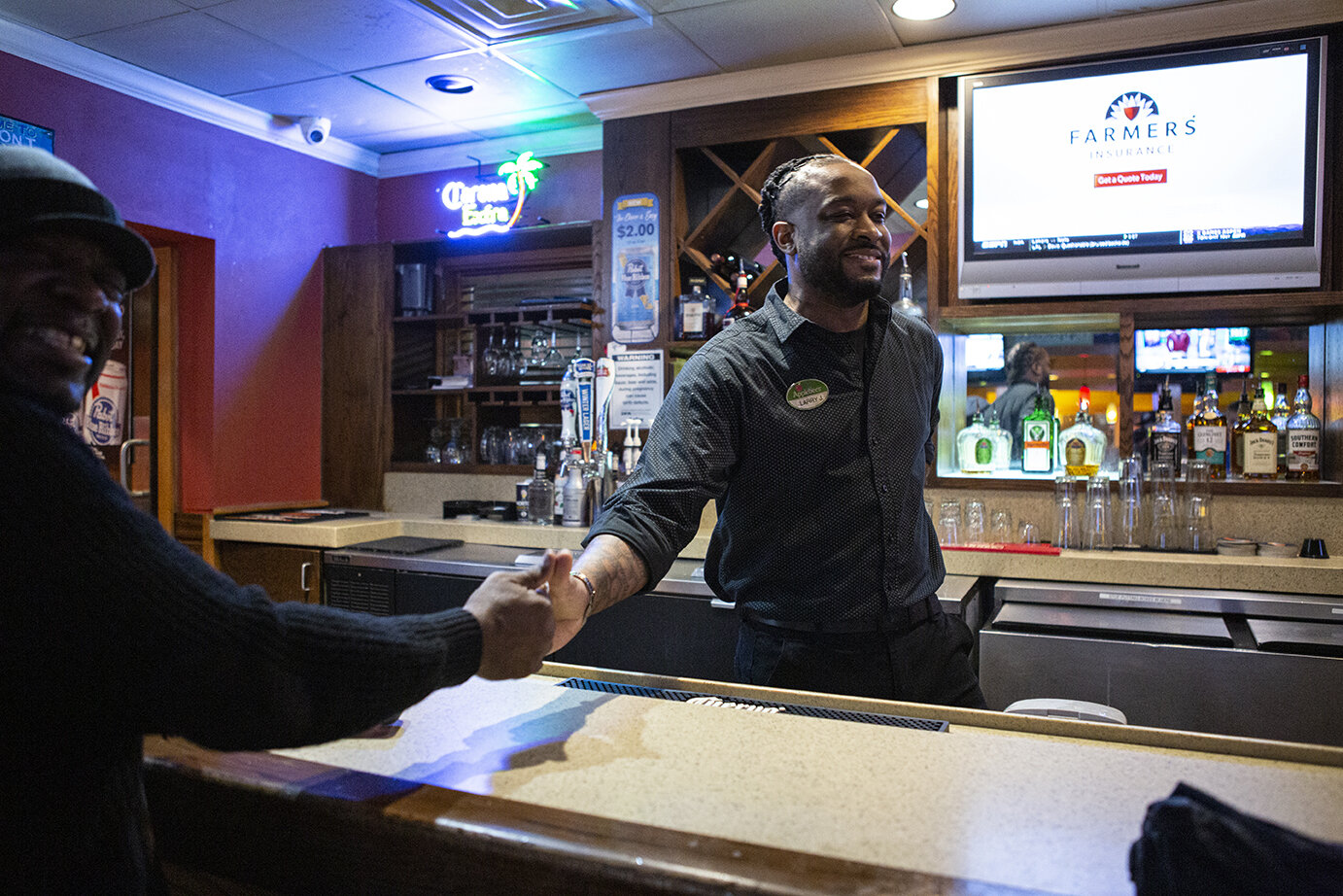