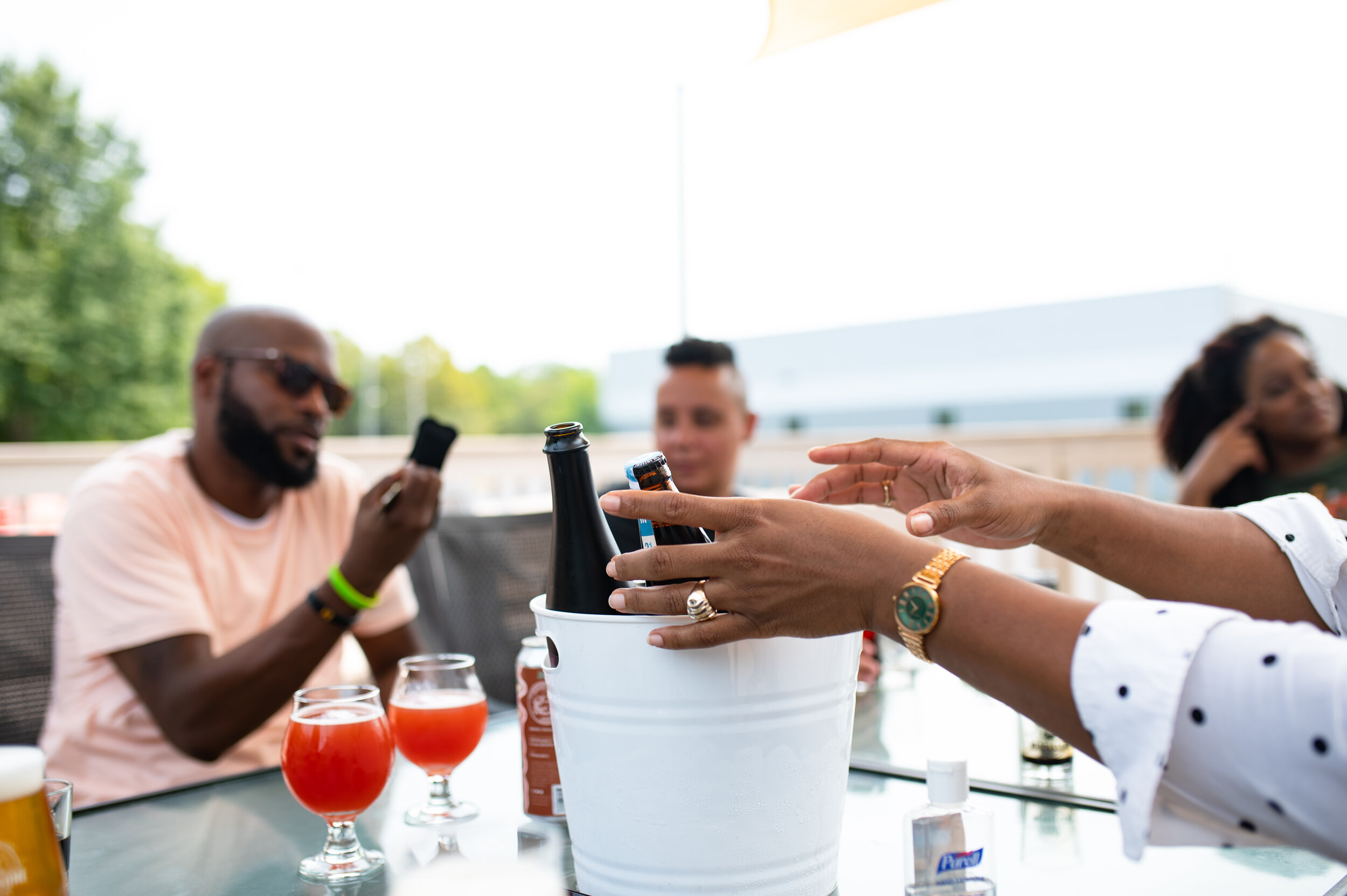 April Suttles—better known as @bluescitybeerbabe by her many Instagram followers—is always out on the scene trying new beers.

Here at Edible Memphis, we look forward to her reviews of local releases and count on her for exciting beer news from around the country. We wanted to know more about the woman behind the pint glass and thought you might too.

Edible Memphis: Tell us a little about yourself.

April Suttles: I was born and raised in Memphis but also lived in New Orleans for a few years. I am a University of Memphis graduate and sports fan (Go, Tigers, go)! During college I started working in the travel industry and did that for a while before eventually transitioning to healthcare. Currently, I work as a compliance professional in the Medical District. When I’m not working, traveling and attending live music and sporting events are my thing.

Unless you were already at a club or party, after 11 p.m. alcohol sales were out but you could definitely still get beer at a convenience store. Starting out, I did mostly domestic and a few imports. I’m probably giving away my age here, but I started frequenting a [now closed] restaurant in the Hickory Hill area called Hops, which is where I had my first flight of beers brewed in-house. It wasn’t until I was visiting a relative in Los Angeles and a server recommended Weihenstephan’s Hefeweizen that I realized, “Aye, mane, there’s better beer out here!”

Tell us about becoming a Cicerone.

In order to be considered a Cicerone, you have to hold a Level 2 Certified Cicerone certification or higher. My certification is for first level Certified Beer Server, or CBS, which generally focuses on different beer styles and evaluation, the basics of brewing, draft systems, beer service, and pairing. At the beginning of the pandemic, an organization called Black Brew Culture teamed up with Cicerone to offer the CBS course virtually, as in-person exams were obviously being canceled.

The course was open to anyone, but basically was offered as a training and certification resource for Blacks in the service industry looking to further educate themselves and potentially advance into a career in brewing, where there is still very little diversity.

I’ve never worked in a bar or brewery a day in my life, but aside from drinking beer, I had also been curious about homebrewing, so I figured I’d take the course and learn something new.

Why is diversity lacking in the beer industry?

Race and gender discrimination, as well as the lack of access and capital, are contributing factors just like any other industry. It is also for these reasons that less than 1 percent of breweries are Black-owned. Growing up, your dad, uncle, or brother might get on in the warehouse or as a driver for Budweiser, but no one was really brewing. Your sister or your friend might be a bartender in the neighborhood lounge, but that was about it.

We just didn’t see Black brewers back then, so nobody grew up saying, “Hey, I think I want to be a head brewer or own a brewpub.”

We currently have microbreweries in areas like North Memphis, South Memphis, and Binghampton, but because craft beer in general is still relatively new to these communities, the product is unfamiliar, as well as the majority of the faces inside. Most Black beer drinkers drink your regular domestics—you know, the Budweisers, Coors, and Miller Lites.

What can we do to improve representation?

The beer industry is very much a white, male-dominated industry, yet there are a growing number of minorities and women expressing an interest in beer and brewing. Organizing events and meetups targeted towards these groups widens the demographic and creates a presence in craft beer spaces. Not only does this allow opportunities for those unfamiliar to try something new with people that look like them, but it also heightens the interest of those looking to establish a career in the industry.

Instead of hiring your buddy from undergrad that can’t even tell you beer’s main ingredients, hire the most qualified candidates regardless of race or sex.

Don’t assume a girl with a pretty face is best suited for the taproom as opposed to the brewhouse. Create opportunities that help promote professional growth and advocate for an environment where employees can communicate issues or suggestions and be confident that their concerns don’t go unheard.

We are so far past the discussion of diversity and inclusion in work spaces. It’s time now to do.

Are there any local breweries that you think are doing a good job of providing opportunities or exposure to these underrepresented populations?

Tell us about the meetups.

With the help of other Black beer enthusiasts, we have come together for a few beer shares within the last year or so.

A share is basically an informal sampling of the beers contributed. It’s a great way to meet others and try local crafts in addition to craft beer from out of state breweries.

I did organize the share we held at Craft Axe this past Juneteenth. MJ [Marcus Jackson] and Dexter [Dowdy] were particularly great to work with when talking to them about the idea. They even decided to host a public Juneteenth event while allowing us to use their patio space for the share.  There was food available from Luxx Grill food truck, DJ Tunez provided the entertainment, and Beale Street Brewing was the featured brewery for tastings that day.  People wanted to know when the next one would be, so the feedback I received from those who participated was encouraging.

How can people get involved?

I can be found on Instagram @bluescitybeerbabe for questions or information about future beer-related events, beer reviews, and other craft beer news.