0 0
The short answer: Probably not. 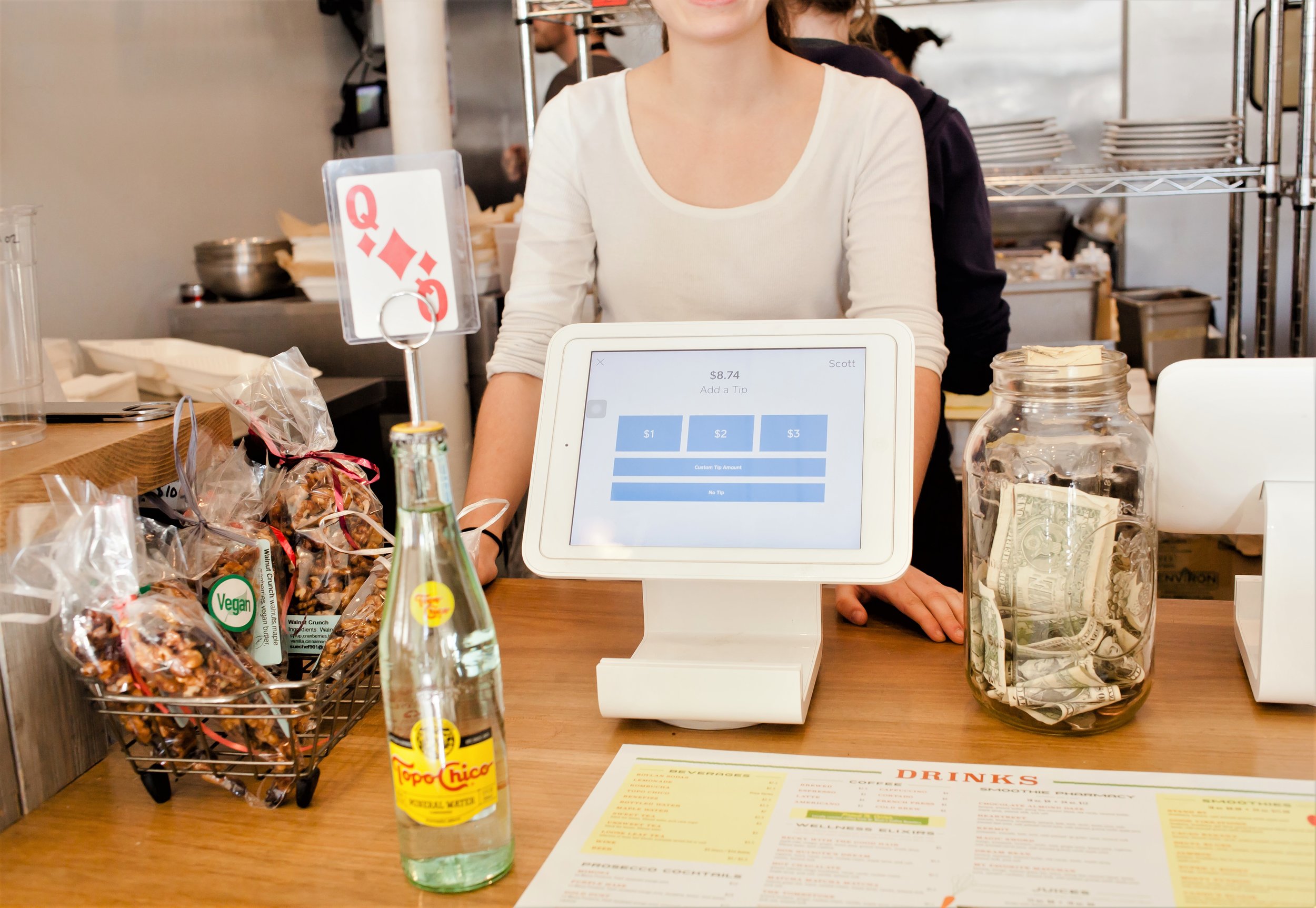 Remember when things were easy and we were expected to leave a 20 percent tip at the end of the meal?

When we think back to the “good ol’ days,” we are sitting at a table and we’ve placed our order with a server who has brought a check to us in a little black book. With the rise of fast-casual dining and our reliance on coffee shops, juice bars and whatnot, it’s hard to know what to tip and when. 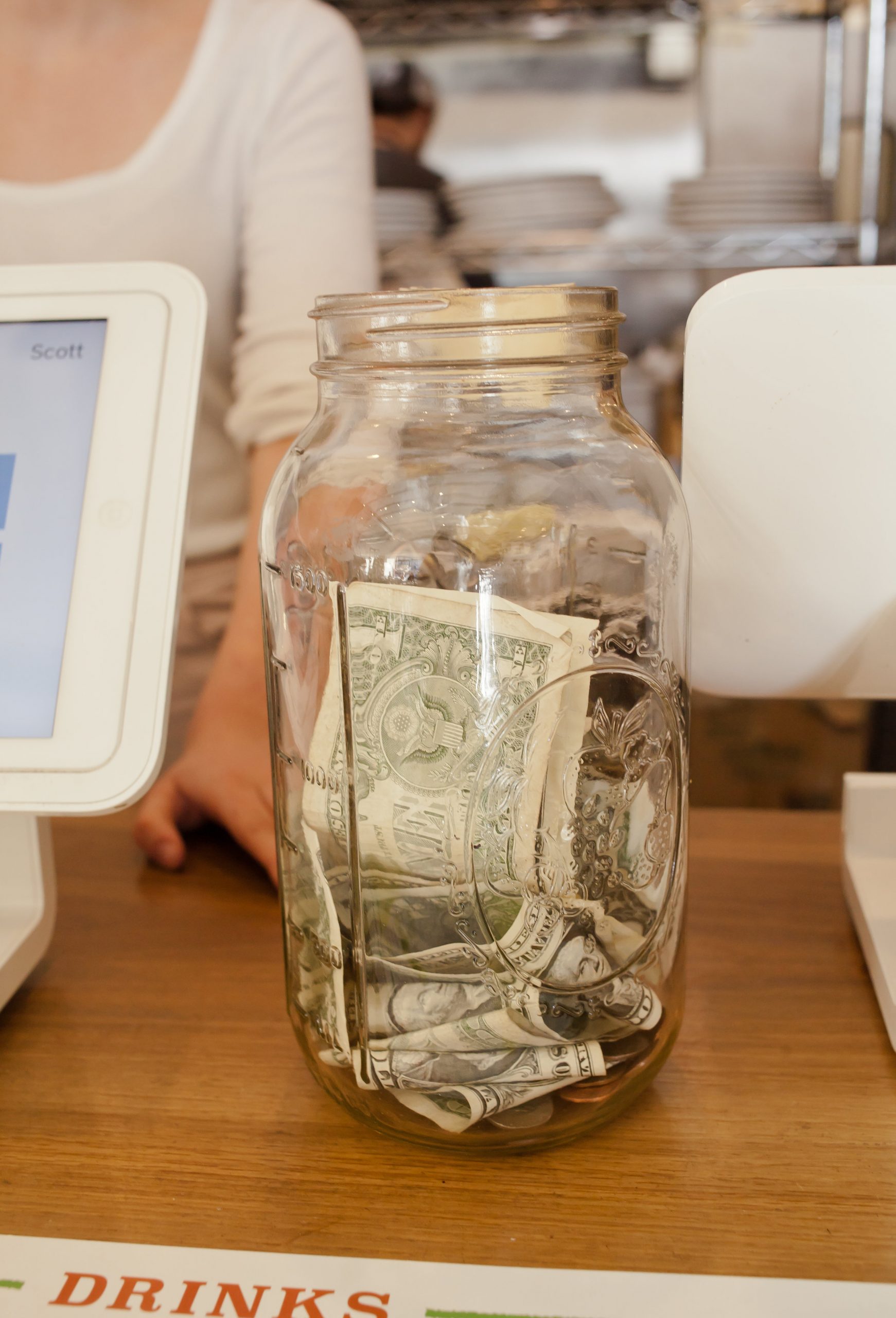 The tip jar that was once easy to ignore or merely fill with leftover change has now mostly been replaced by cashless, flip-screen POS (point of service) systems like Square. That’s right—we’re not only being asked to tip before we receive our coffee or our juice or whatnot, but we’re also staring into the eyes of the person running the register.

It’s a lot of pressure.

I used to casually hit the option with the least amount of tip (10 or 15 percent) and smile as though everything was just fine and dandy. Then I noticed that the minimum tip amounts can vary wildly from place to place. While I would guess that choices of “No Tip, 10%, 15%, 20%” would be the norm, they’re not. Look closely and you’ll see that 20 percent is often the starting or mid-range amount. Clearly some store owners are cashing in on the fact that we all are feeling slightly awkward and not paying too much attention—especially when we aren’t seeing our receipts until we check our email. 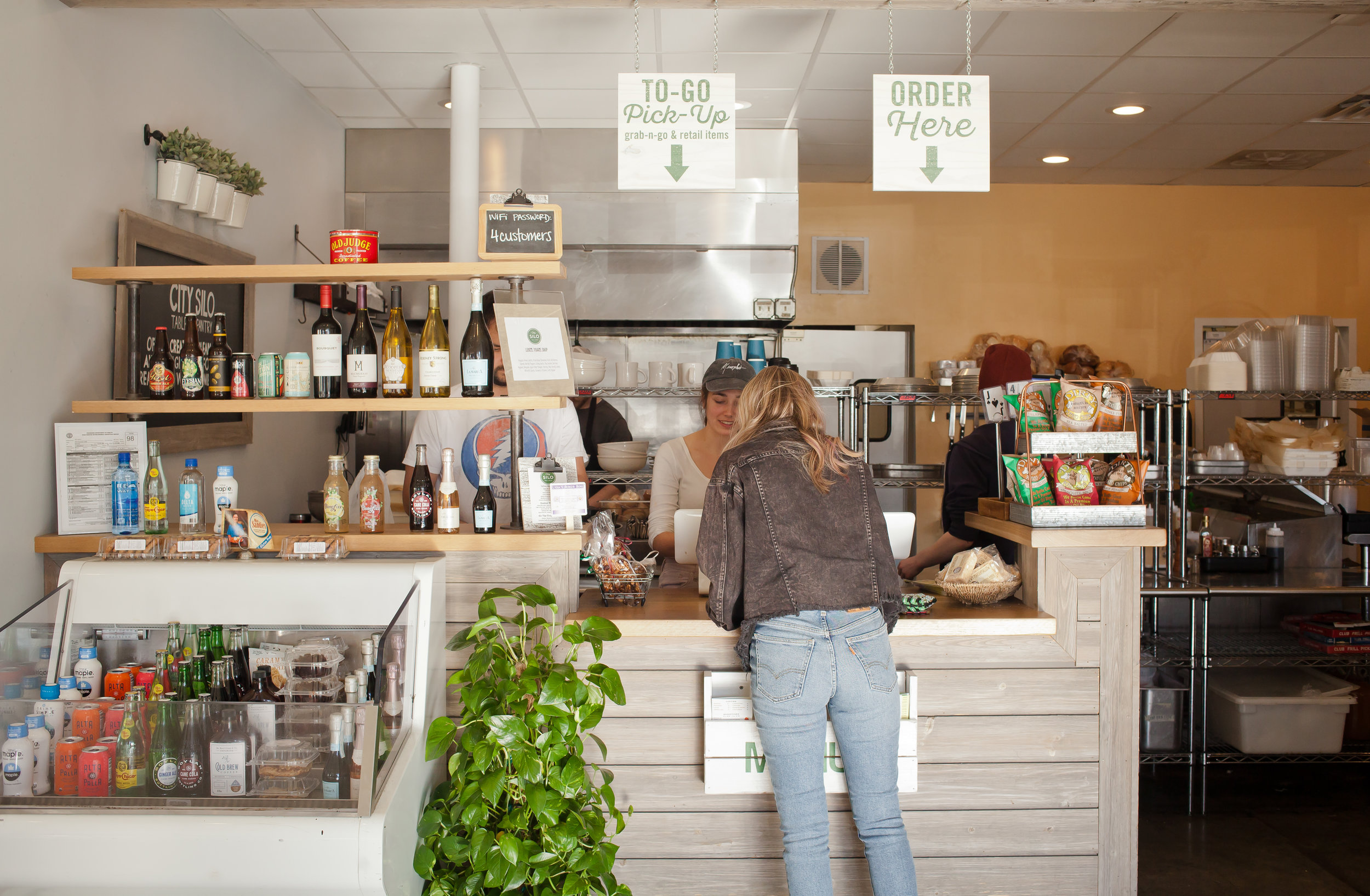 So what do we do?

Scott Tashie, who owns I Love Juice Bar and

City Silo Table + Pantry with his wife, Rebekah, employs the flip-screen approach at both businesses, and says that tipping is a personal choice. “At Juice Bar, the person who takes the order is often the same person who makes it,” he says, adding that they’ve often spent hours prepping the food that goes into the juices, smoothies and “grab ’n‘ go.” “Our employees are trained to be cool, friendly and fun. Think of them as your spirit food guides. We tell them that if they want tips, they have to earn them,” he says.

Scott uses 10-15-20-25 percent as the default options. “It’s awkward, but at the same time it’s just the way it is now with Square,” he says, noting that both of his businesses do a tip share so that all employees get tips whether they are in the front of the house or not.

He also explains why so many restaurants seem to be switching to the fast-casual model: “You can serve good, high-end foods and plate them all pretty, but get them to the customer faster. We still bring it to the table, get water or whatever the customer needs, and bus the table. It just leaves the timing out.”

“Everyone is in a hurry now. The days of a casual business lunch over.” 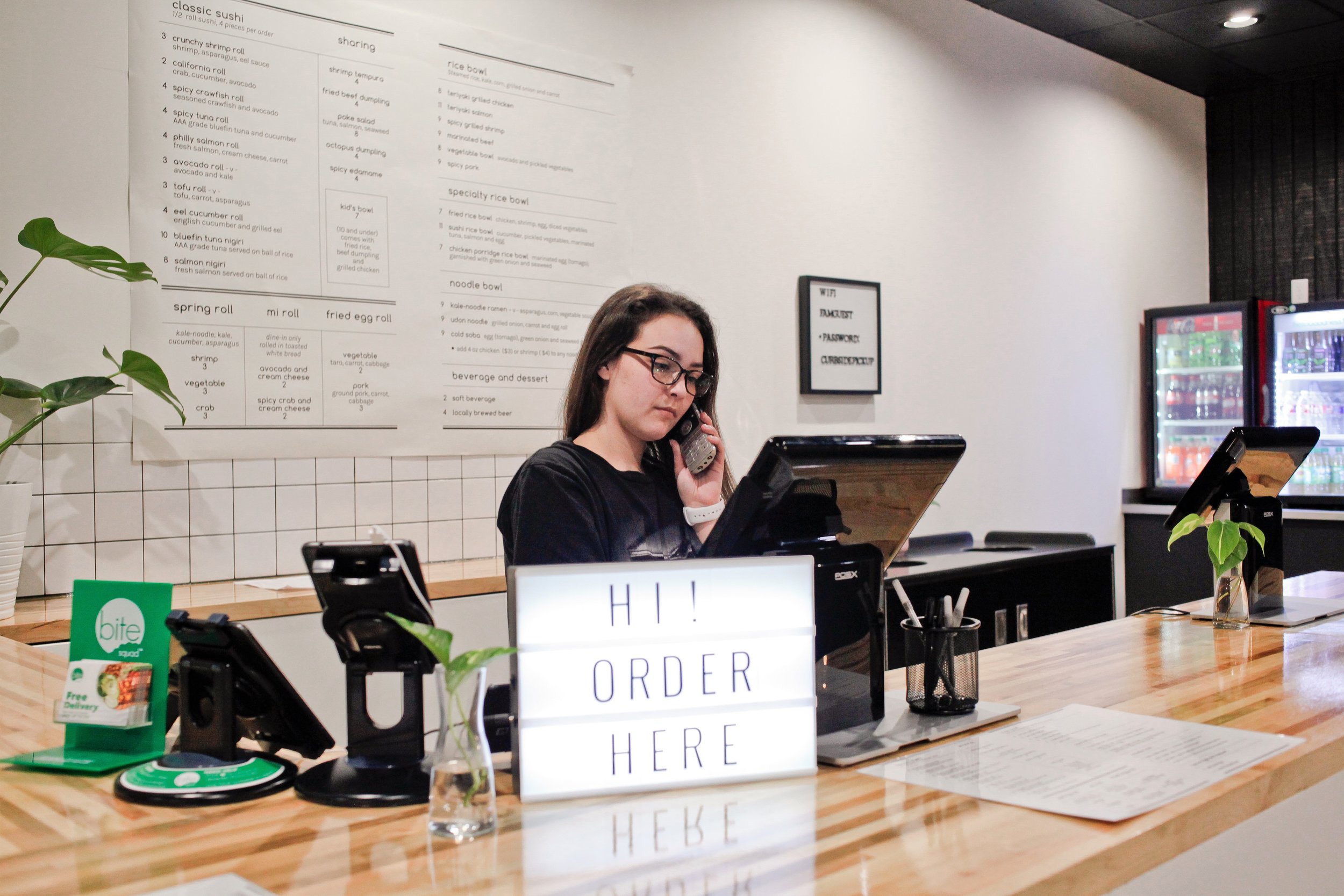 Ian Vo sold South Main Sushi, which had a wait staff, and started fam, a fast-casual restaurant specializing in to-go orders, for the sole purpose of reducing the number of employees needed. “I spent way too much time managing the wait staff at South Main. At fam, I want to focus on the food,” he says. “I didn’t even want to have tables!”

(Yes, there are a few tables!) 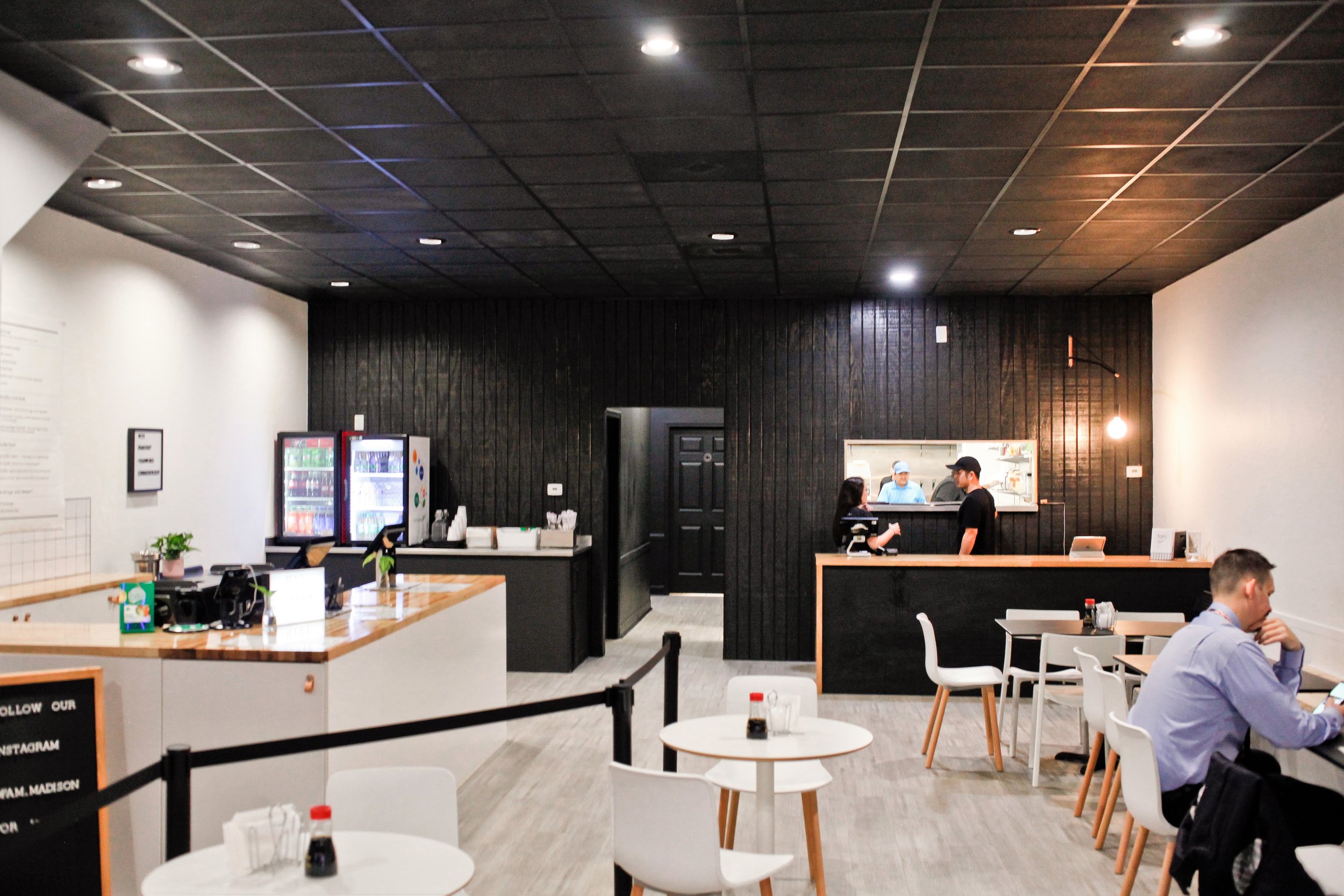 Ok, but what about coffee?

Lisa Toro, who owns City & State with her husband, Luis, says to consider the following when tipping: “Even though you may only see the final pour, baristas are still responsible for all things behind the bar including dish washing, prep, bathroom cleaning, etc. Unlike many restaurants, they have to be jacks of all those trades.” 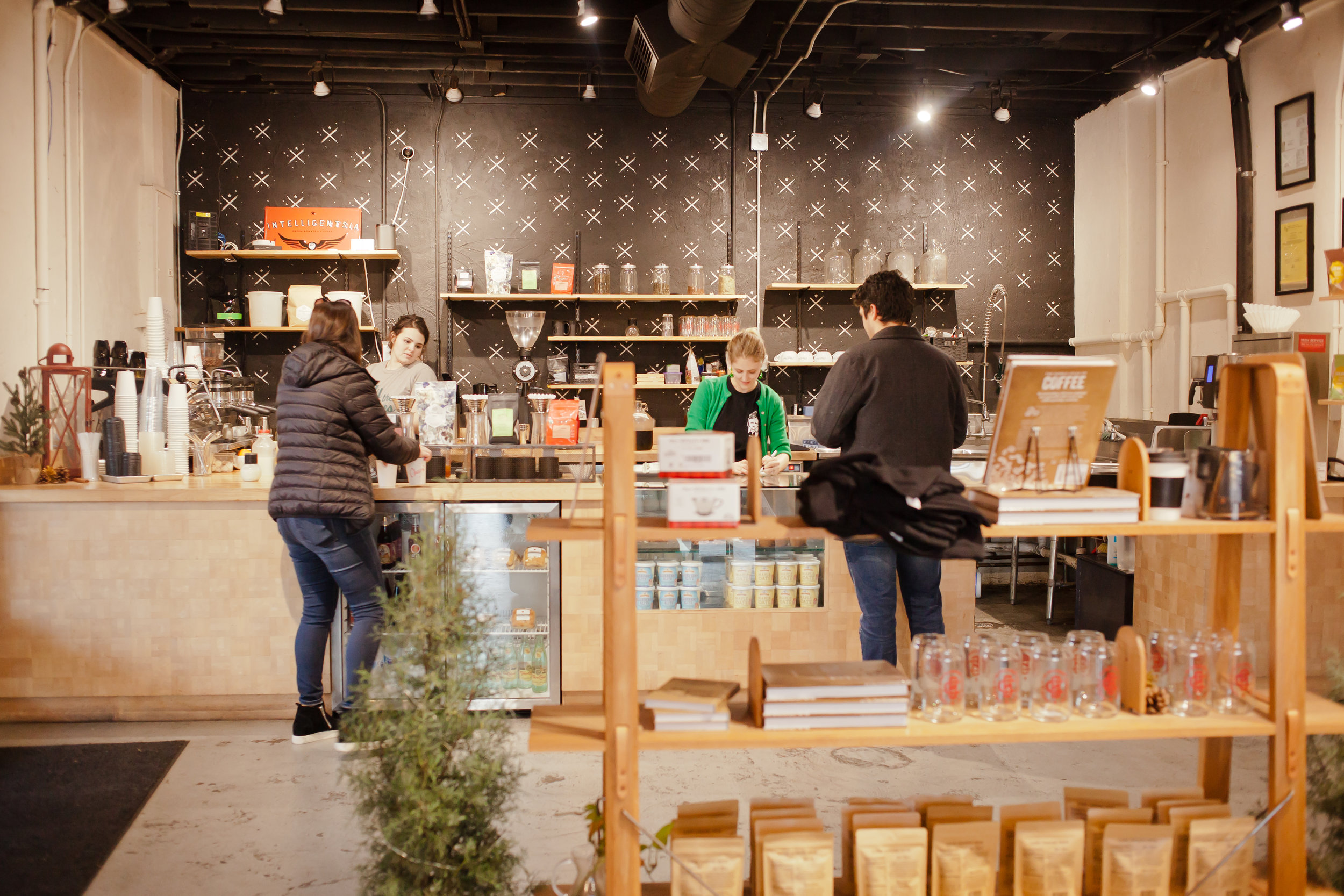 David Pender and his wife, Bailey Biggers, opened Low Fi Coffee after moving here from Los Angeles. He says that coffee should be the same as most things: 20 percent. “We’ve noticed that people here tip way less—10 percent to 12 percent,” he says.

He acknowledges that tipping is a touchy subject.

“A lot of owners do something Bailey and I consider completely unethical—they pay below living wage and place all the responsibility on the guest to tip and make up for the lack of a paycheck,” he says.

They find it extremely bad form to not pay employees a living wage and expect customers to fill the gap. “Once we get to the place where we can hire, we plan to pay our employees $15 per hour and eliminate tipping all together,” he says. 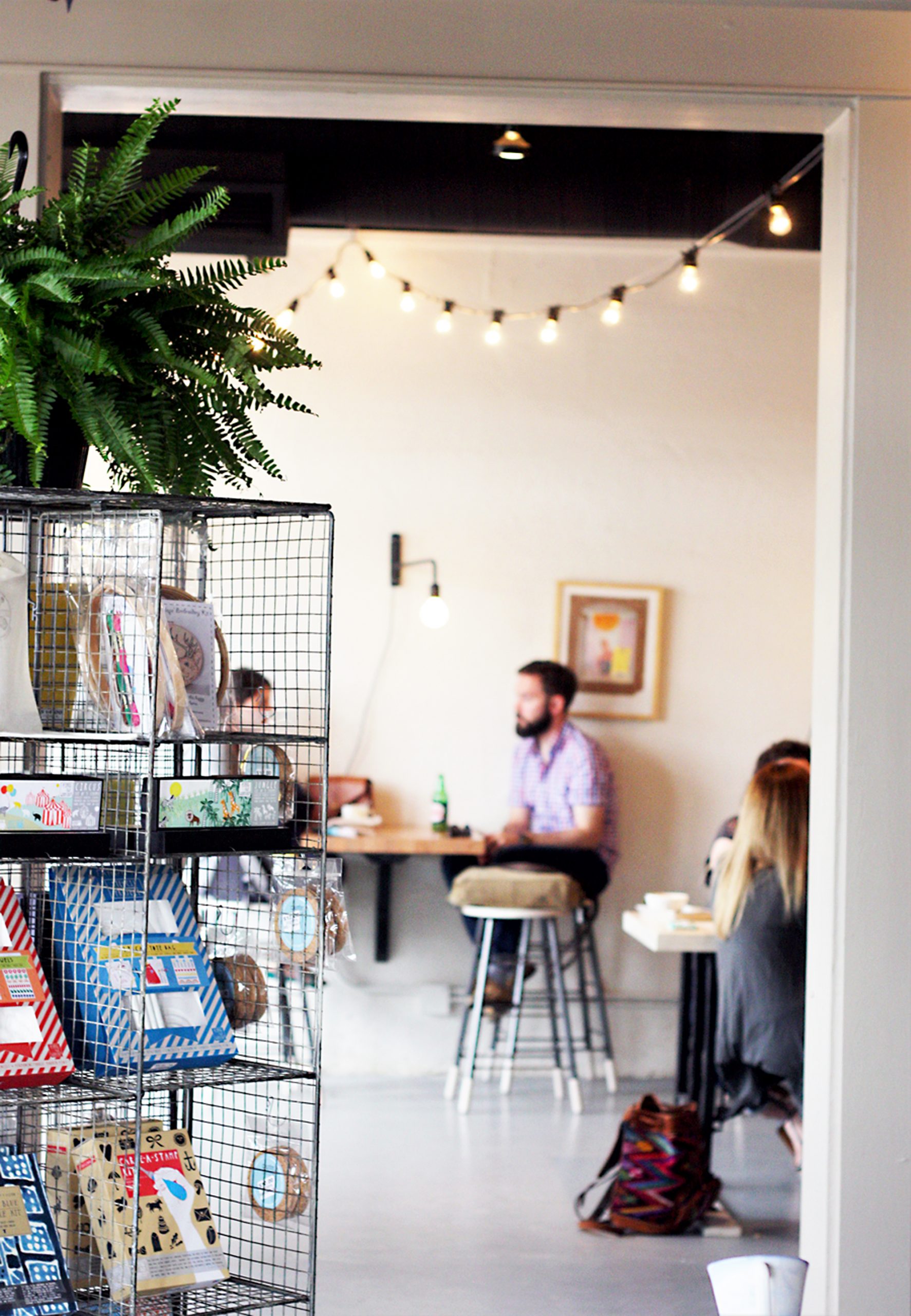 Is eliminating tipping what we really want?

Brice Bailey is the owner of Stak’s Pancake Kitchen. Early on they attempted a no-tipping policy; however, when Brice bought out his partner and became the sole owner, he immediately changed that policy. “We found that by capping our servers at a set amount, it caused high turnover and eliminated the incentive to go the extra mile,” he says.

They also found that the labor costs were excessive and really taking a toll on the bottom line. As a compromise, they dropped the hourly rate and added the ability to tip. Employees were told that if they did not hit the previous hourly rate through tips, the restaurant would pay the difference.

“Since that change, not once have we had to cover a shortage,” says Brice. “Our employees are more motivated to provide good customer service, therefore making more money. Employee turnover is down significantly, and labor costs are closer to where they need to be for us to efficiently operate our business.”

What have we learned?

Even though the equipment has changed, and we’re doing some of the work ourselves, the age-old concept remains the same:

Chef Ryan Trimm offers us a guide. As the owner of two fine dining establishments (Sweet Grass and 117 Prime), a sit-down restaurant with a bar (Next Door) and a fast-casual restaurant (Sunrise Memphis), he knows a thing or two.

Fast-casual: 10 to 15 percent at the counter and maybe a little more at the table if overly impressed with the service.

To-go orders: 10 to 15 percent as they take a lot of work to prepare and box.

Table service: 20 percent or more. “It takes a whole lot, and mainly the attitude of the server, for me to tip less than 20 percent,” Ryan says.

Kim Thomas is a lifestyle blogger and photographer based in Memphis. Launched in September 2010, her blog KP Fusion provides of-the-moment fashion, style and beauty tips and trends with a little Memphis flavor thrown in.