0 0
Award winning barbecue in the heart of Memphis 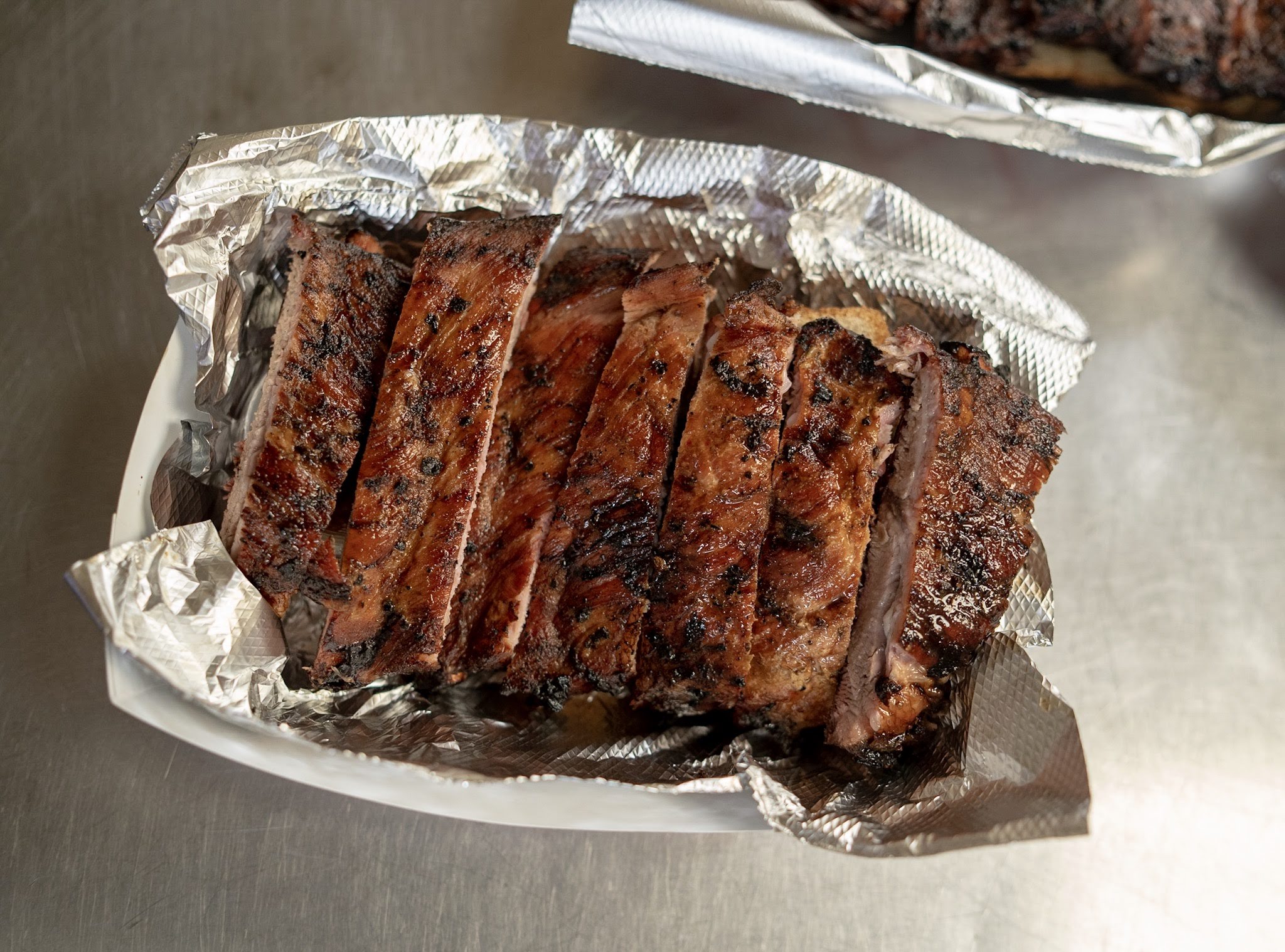 OK, besides music and Beale Street? Barbecue! What if I told you there’s a place that claims to be the best barbecue joint in Memphis? Lofty claim, right? Heard it before? Yes, we all have heard this claim, but what if I told you this place had the hardware to back up these claims? Slightly intrigued? I was as well!

Ballhoggerz BBQ is located in the heart of Orange Mound at 1404 Airways Boulevard.

Owner and pitmaster Merritt Bailey is a very confident man.

(Most from North Memphis are naturally prideful people.) He also happens to be the son of the late D’Army Bailey. So there’s a certain pedigree that comes along with the name. (I do appreciate the confidence. Who wants to eat at a barbecue place that says their food might be OK?)

I asked Merritt why he chose to open a restaurant in Orange Mound. Not many people would look to this area of Memphis to open a new business. His response was simple yet powerful:

“It’s in the heart of Memphis. It’s one of the first places open to blacks in America. Why wouldn’t I open up here?”

I love that. Anyone can run to other parts of the city while some get neglected. Respect Merritt.

Merritt certainly has the trophies to back up his claim, as his barbecue team traveled to several competitions racking them up.

So why the name Ballhoggerz? Simply because they were balling on the road, smoking hogs, and they wanted a catchy name for competitions. I think the name definitely catches your attention.

Trophies are cool, but kids get trophies for sitting on the bench these days. I know, weird. If everyone wins, how is one motivated to get better? That’s a discussion for another day, though. 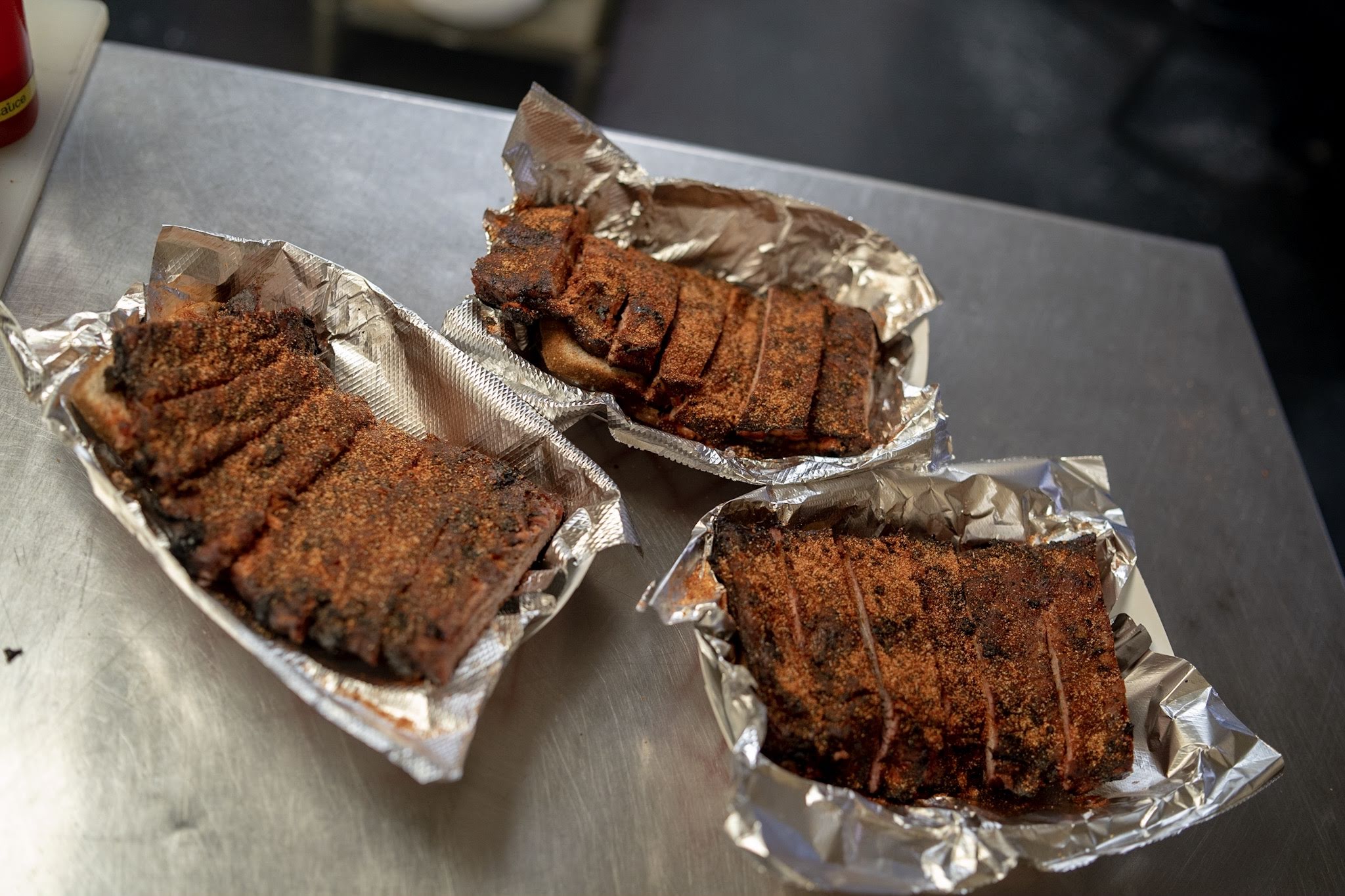 What about the food? That’s what you’re all really here for, right? Ballhoggerz makes their own seasoning and sauce in-house. The meats are smoked on-site throughout the day. All of that comes together for a very good barbecue experience.

I wanted to discredit the “best barbecue” claim so bad! I really did. I admit it. I was hating just a little bit. But them ribs, though! Seriously, they are some of the best I’ve ever had. I’m a dry rub kind of guy, but I tried the sauce. While a touch on the vinegary side, it still was pretty good. 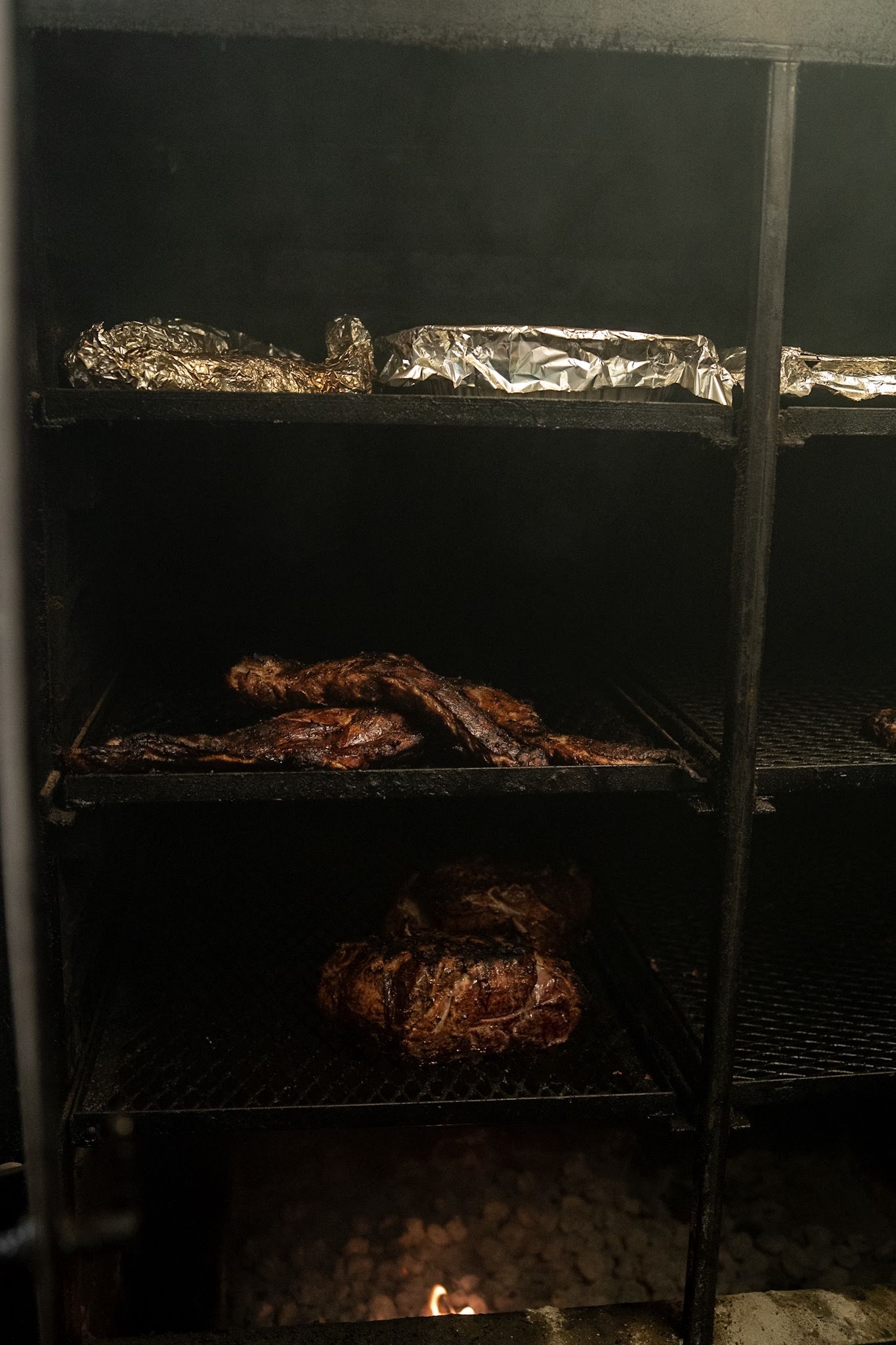 The baked beans were very good. Beans are usually hit or miss, but these were pretty good. I tried the spaghetti, and it was spaghetti. Spaghetti is a highly debated dish and I’m proud to say that Ballhoggerz recognizes it as a side dish as it should be. Who eats just spaghetti alone?

The smoked chicken wings are crazy good. They also have a secret menu. You have to follow their Facebook page to have the secrets revealed.

The Point-Blank Truth of Bobby Ellis

Women in the Mix