A guide of different beer styles, each paired with a local craft option to take for a spin. 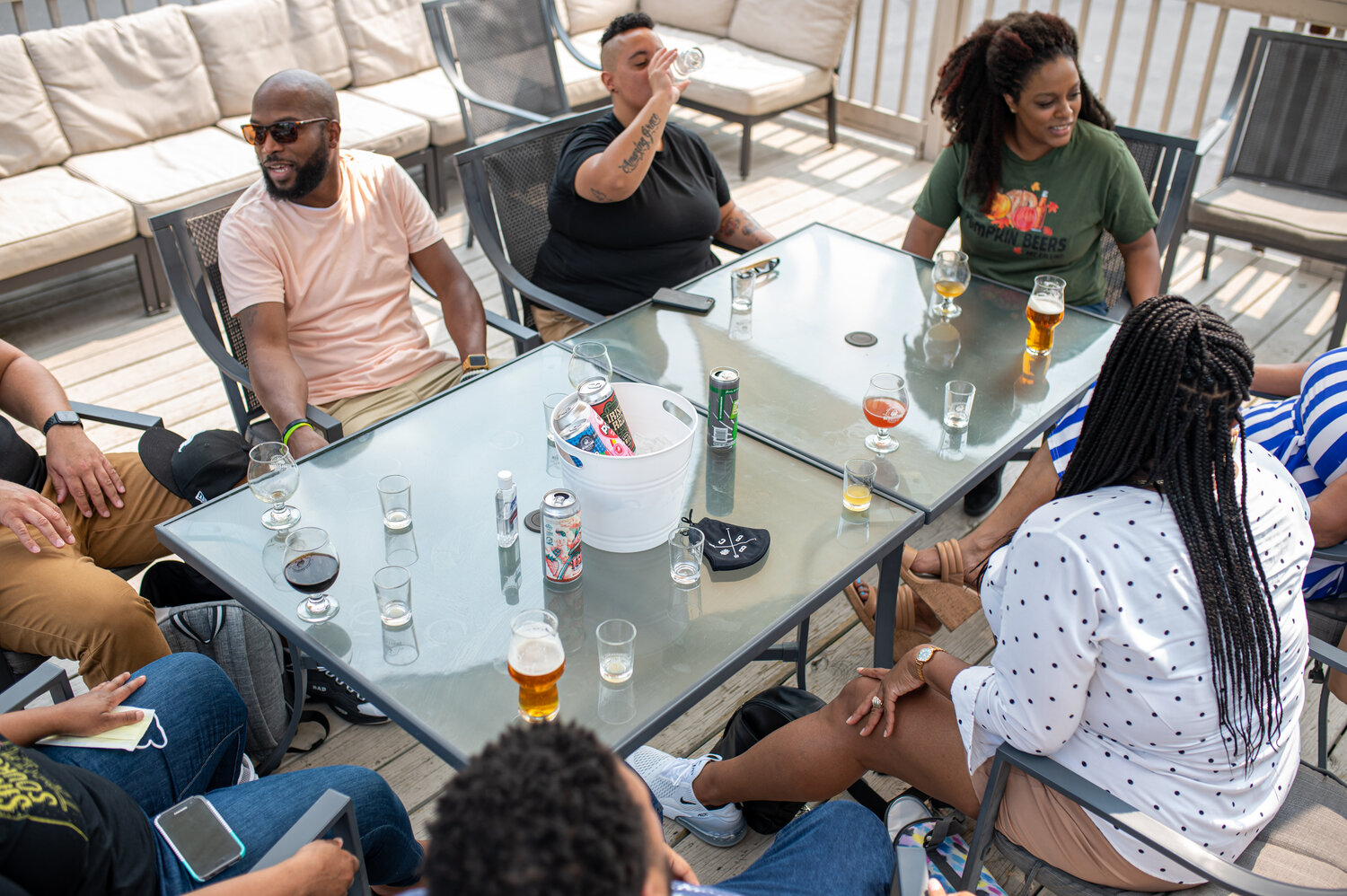 Are you loyal to your dad’s beer—or curious about exploring craft beer? If you’re like most people that enjoy a cold one from time to time, you likely started drinking beer as a young adult. It was probably a domestic brand that you were familiar with and—most importantly at the time—that was cheap.

My go-to back in the day was Miller High Life because the Champagne of Beers is obviously fancy, right? More times than not, however, it lacked flavor. I’ve had friends say that most beers they’ve tried don’t really taste like anything. But those friends usually are still drinking domestics or imported lagers and are unaware of the evolution that beer has made over the years.

Craft beer has been around since the1960s but gained popularity in the ’90s. Sierra Nevada, Sam Adams, and Blue Moon are some of the OG craft brands you might already be familiar with, even if you haven’t tried them. Craft breweries are considered different from brand name breweries because they brew six million barrels or less per year. In comparison, Bud Light alone produced more than 27 million barrels of beer in 2019, according to USA Today.

Smaller batches allow craft breweries to focus more on the taste and quality of the beers they produce, while using more ingredients than domestic brands.

Brewing processes and the focus on flavor contribute to the alcohol content, typically making craft beer stronger than regular beer.  Brewers use dry malt extract as their sugar source, which determines beer’s ABV, or alcohol by volume.  Most beers average between 3% and 10% ABV, but can be as low as 2.5% and can even exceed 20% on the ABV scale of low to very high. (For comparison, Miller Lite has an ABV of 3.2%.) The variation in beer styles can also get quite creative; adjuncts used to contribute to flavor combinations make the possibilities endless. From mango wheat ales to peanut butter stouts, there is a craft beer lane out there for you.

Compared to other cities, Memphis’s craft beer scene is relatively new but steadily progressing. Ten local breweries supply the city with some pretty amazing beer. With that many breweries, there’s a good chance even the most beer-resistant person can find a style they like.

If you’re one of those struggling with the idea of liking beer or interested in trying some new ones, I’ve created a guide of different beer styles, each paired with a local craft option to take for a spin. You can find these packaged beers at area taprooms or retailers, some based on seasonal availability.

Uncomplicated, straw to light amber color, low hop flavor and bitterness, bready malt characteristic, crisp and refreshing, sometimes might include honey or fruit for a little razzle-dazzle. This one is a year-round, everyday shelfie, so stock up.

Traditionally an unfiltered, German-style wheat ale, cloudy, golden appearance, prominent yeast profile producing banana, clove, and, at times, bubblegum flavors, highly aromatic. This one’s an old friend of mine, and we like to play catch-up every once in a while.

Medium-bodied, well-balanced, and bright, hop-forward attributing to both moderate bitterness and aroma, will have citrus, pine, fruity, or floral notes and bready to caramel malt flavor. When I find myself favoring IPAs too much, I scale back to the pale ale because it’s less hoppy and has a lower alcohol percentage.

Increased hops and malts make IPAs more complex than pale ales, resulting in a more assertive bitterness and higher alcohol content. The variety of hops used will determine whether an IPA’s flavor and aroma will be that of citrus peel, juicy tropical fruit, earthy, or floral. They range from golden to amber in color and can appear hazy with less filtering. IPA is one of those beer styles that you’ll either love or hate, depending on your palate, but they are my jam. Like, bae, for real.

Brewed with wild bacteria and yeast producing its acidic taste, can range from a very tart ale to a thick, smoothie sour ale, colors will vary, and the addition of fruit can balance the sweet-to-sour ratio. Most sours average a low alcohol percentage but can be higher depending on the style. Perfect for your beach vacay or a day at the lake.

Medium-bodied, light amber to deep red hue, malt forward with notes of caramel, toffee, dark fruit and spices. Amber and I grew up together, and it is a nice, neutral territory that’s warm and toasty. Think cooler temps, football season, and pumpkin patches.  Ambers taste like fall, y’all.

Medium- to full-bodied with a roasty, nutty, malt flavor profile, dark brown to black in color with hints of chocolate, coffee, and molasses. The use of either oats or milk sugar can contribute to a creamy mouthfeel, however oatmeal stouts tend to be drier than milk stouts. Alcohol content averages around 6% but can go well into the teens if it’s boozy. Depending on the day, I might drink a stout in lieu of coffee. Don’t judge me and don’t tell my mama. I like what I like.

Try Gotta Get Up to Get Down, Wiseacre Brewing Company

April Suttles. Made in Memphis. Dog mom to one. Wanderer via plane, train, or automobile. Lover of music, organized crime documentaries, and mob films. Accomplished writer of one guest column. Get into it. @bluescitybeerbabe

Emma Meskovic is a social media manager, illustrator, and super fan of this publication who loves taking photos of her food. @emmamesk