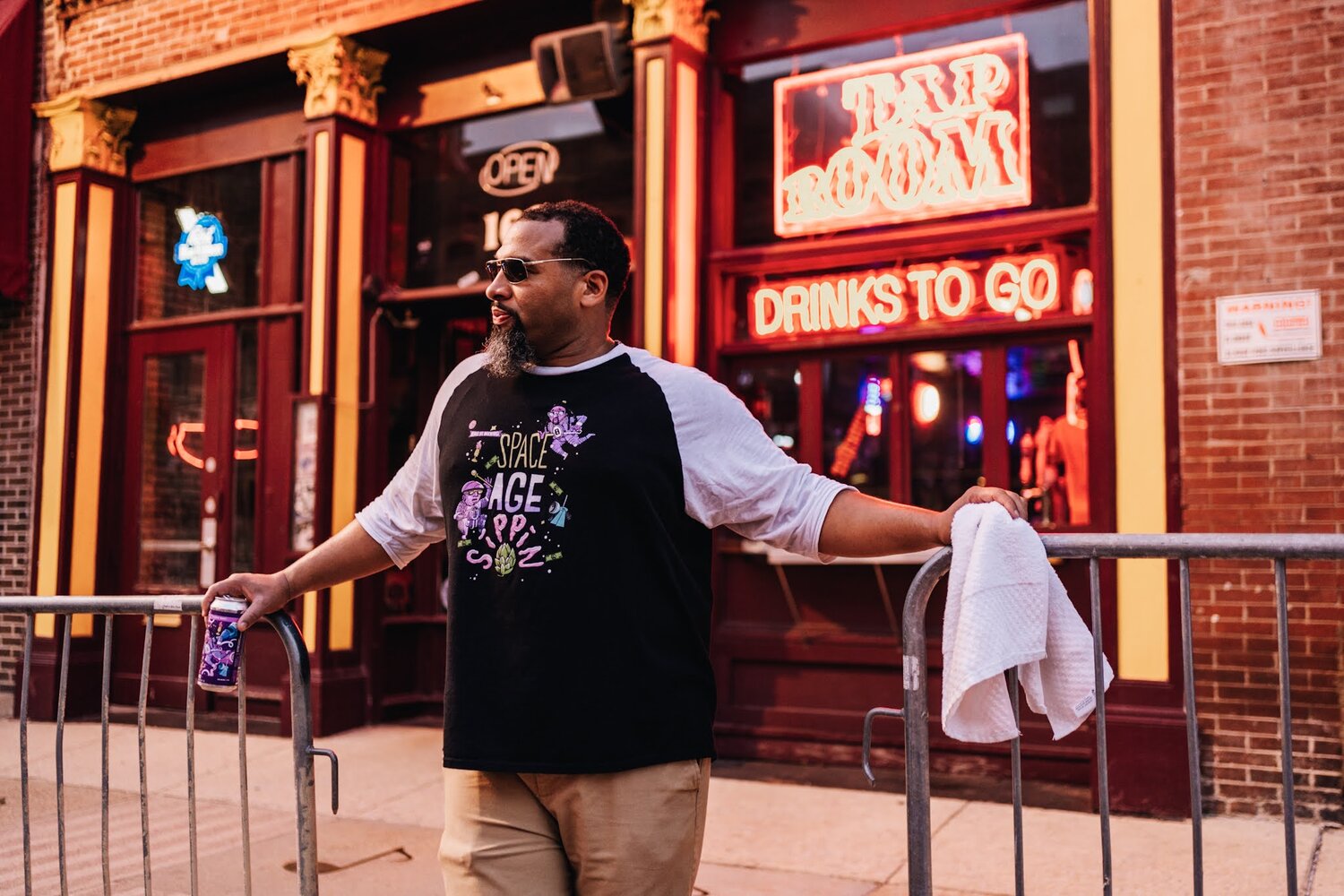 Looking around most local taprooms, you certainly don’t see a lot of black faces like Kolheim’s—which is something this brewer thinks he can do his part to change, as a result of, well, the second thing you notice right away when you meet him: a deep and abiding love for all things Memphis.

This love is the final ingredient added to every brew he creates, whether we’re talking about his Centsational IPA (the “cent” being a nod to University of Memphis men’s basketball coach Penny Hardaway) or even something like the Black is Beautiful stout, which he’s been working on as part of a project to raise awareness of the injustices that black men and women are facing around the country. Those kinds of things matter, Kolheim explains, because the first step in expanding the diversity in a field like his is to start not by simply multiplying the number of brewers like him, but by first turning all kinds of people into drinkers and connoisseurs of craft beer. To make sure brewers, in other words, are catering to diverse consumers. 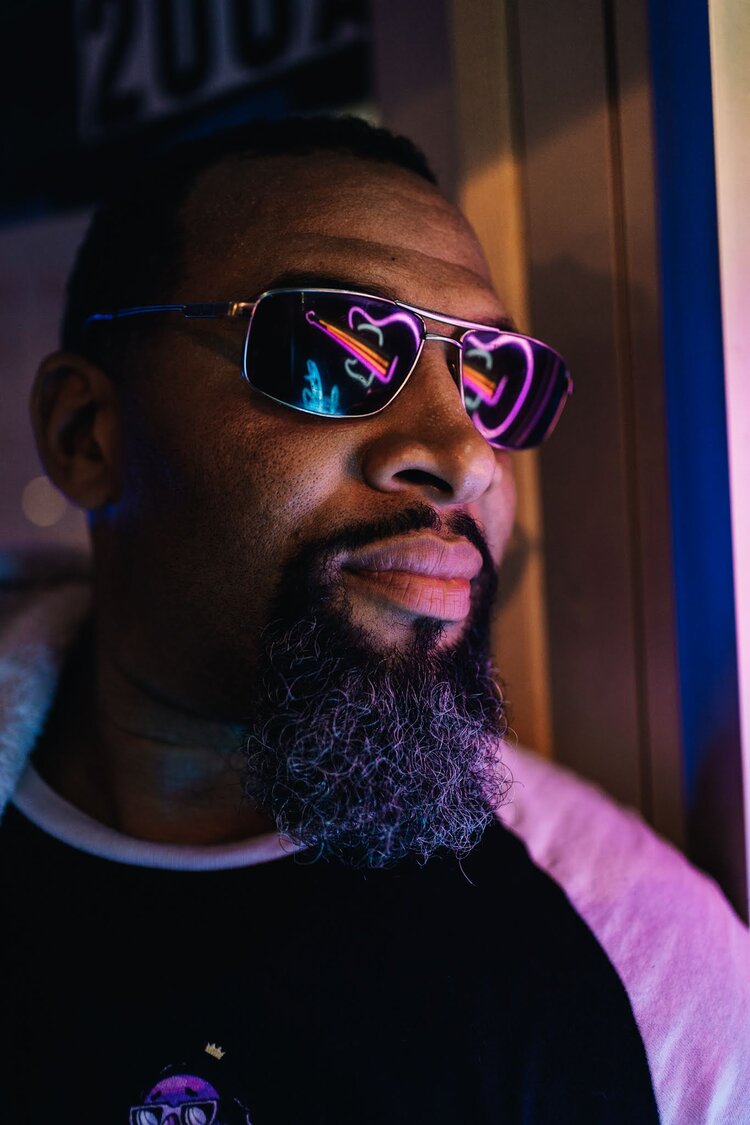 For Kolheim, that starts with using the drinks he produces to fly the flag for his hometown. “You know, a guy asked me one time—he said, ‘What gives you the right to use Beale Street in your name?’ And my response was,

‘I don’t own Beale Street. But I plan to be a good steward of the name, because this is Memphis’ brewery. I plan to make Memphis proud. We’re celebrating Memphis, through the love of craft beer,’” he said. 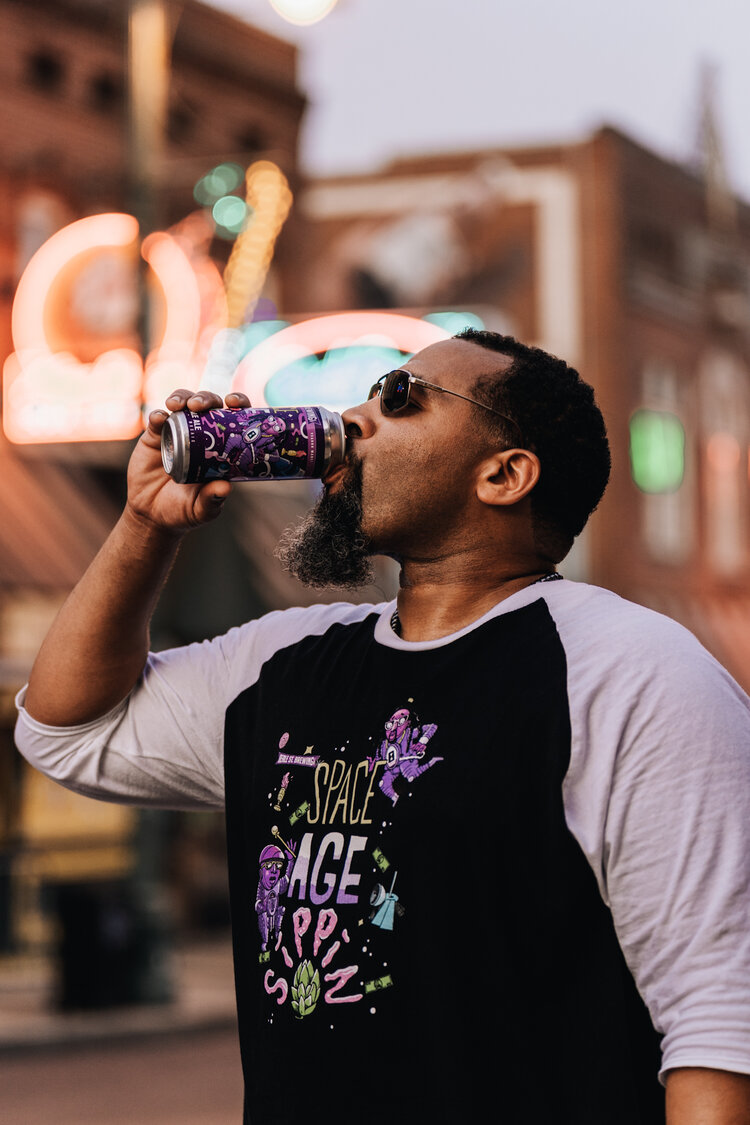 “Craft beer is definitely underserved in the Memphis market, and a rising tide lifts all boats. If we could make Memphis a beer scene like Austin, Denver, Asheville, you know, it’ll raise everybody’s position in the craft beer community.”

Right now, he’s contract-brewing out of the Lazy Magnolia brewery in Kiln, Mississippi, while he looks for a permanent spot for Beale Street Brewing here. Let it also be known that—while he had the bad luck to launch his first brews right at the start of the coronavirus pandemic—he also is apparently impervious to catastrophe. 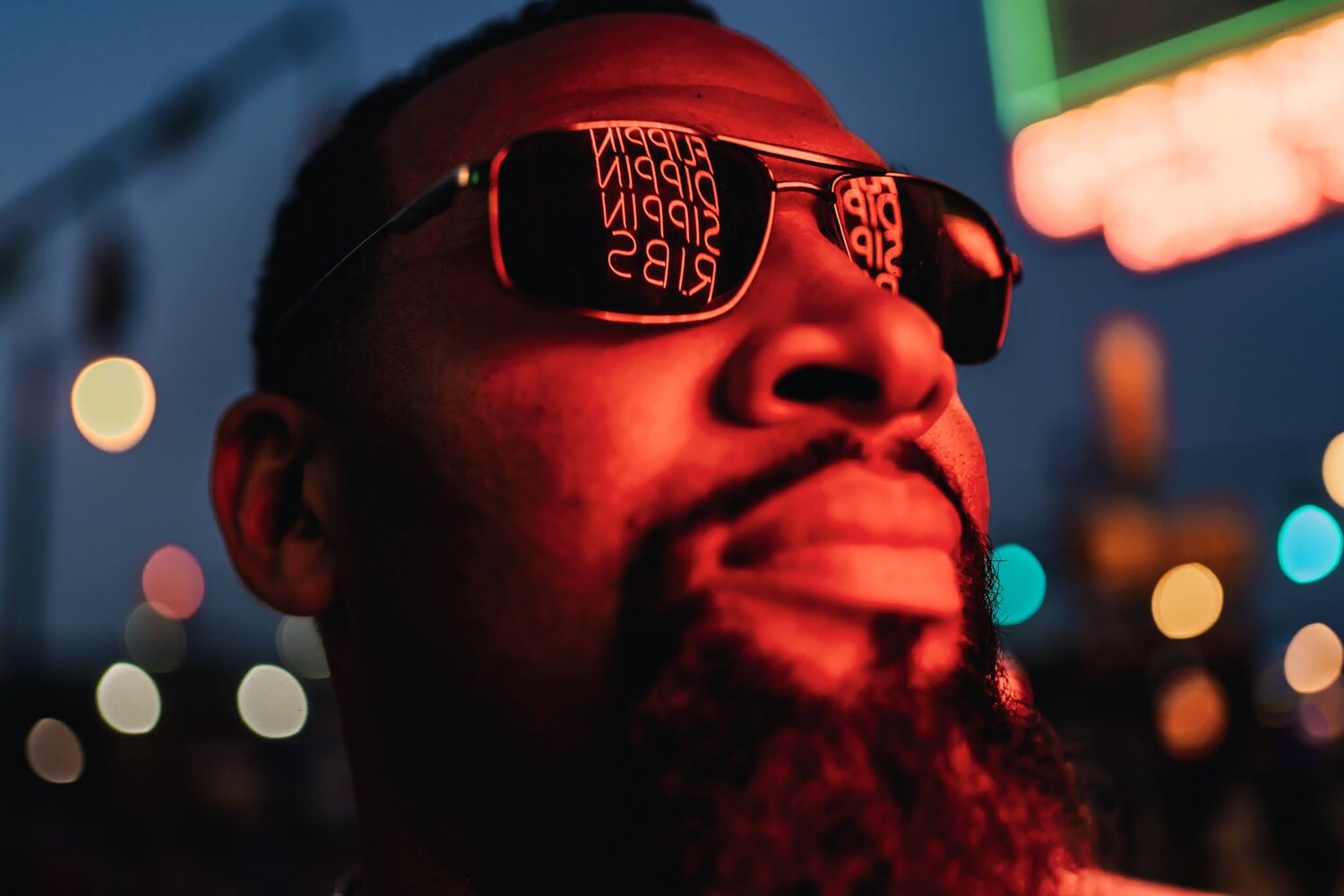 Most people talk about the pandemic in a kind of hushed or exasperated tone. Kolheim breezes past it in his origin story, as just one of those interruptions that come your way when you’re chasing a dream. Beale Street Brewing put out its first two beers, Centsational IPA and Space Age Sippin Vol. 1, back in March. It was decided that his beers’ tagline—one of them, anyway—would be BEERrrbody, which itself is a hometown-flavored twist on the “Memphis vs. Errrbody” catchphrase.

“The initial run was a small run,” Kolheim explains about those first brews. “But, of course, everything shut down right in the middle of March, so our production got put on hold. We had tastings get put on hold. Some with launch parties, launch events. Even promotional video material for social media, all of that kinda got put on hold.” 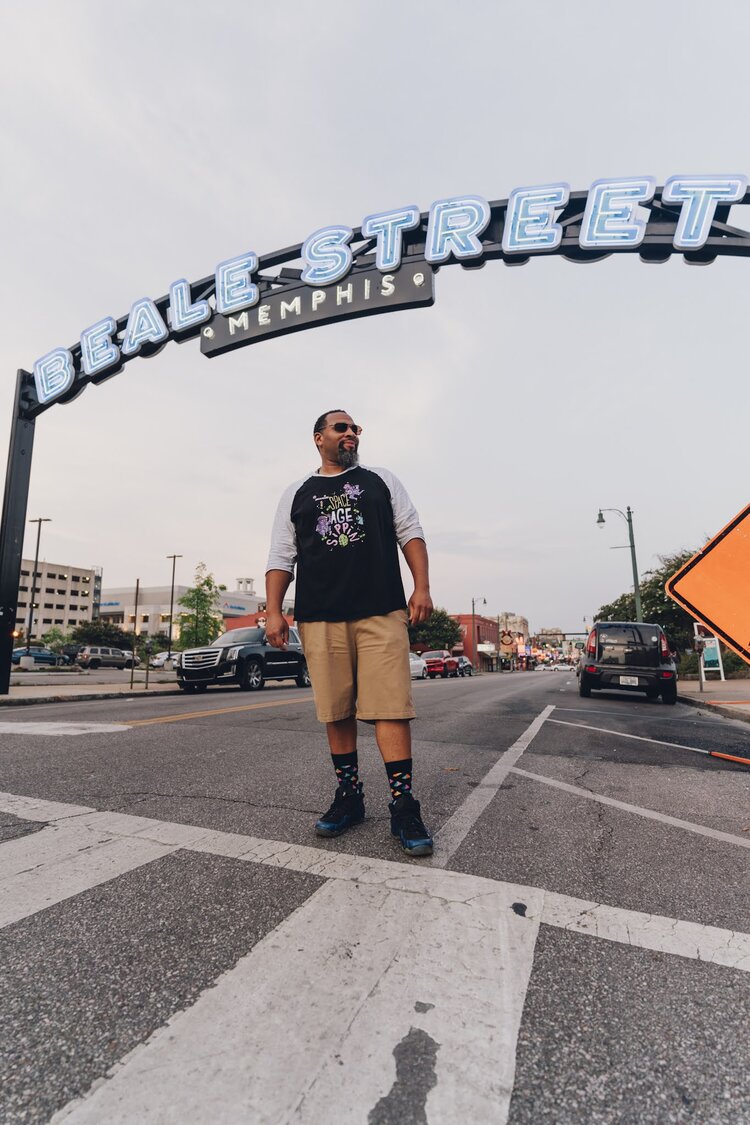 Now that things have slowly started to reopen, he’s decided to go ahead and pick up right where he left off.

On July 3 he replenished the stock of Space Age Sippin Vol. 1. He’s set to release a pair of new beers—Memphis All-Day Errrday and 528hz of Love & Hoppiness—this summer. About the latter, he explains that the “528hz” in the name is the music frequency of love and healing: “It’s almost like a yoga thing. 528 Hz is, like, in your DNA and everywhere. It’s the healing properties of vibrations and frequency, and they call it 528 Hz. Just the love frequency of music.” As far as the drink itself, it mixes passion fruit, strawberries, cranberries, grapes, and hibiscus flowers. An Ekuanot dry-hopping adds notes of papaya, bay leaves, lime, and cloves.

As far as Memphis All-Day Errrday, it’s a Hazy India pale ale with touches of pineapple, pear, stone fruits, and citrus, as well as hints of pine. And the hops are El Dorado, Azacca, and Cascade. 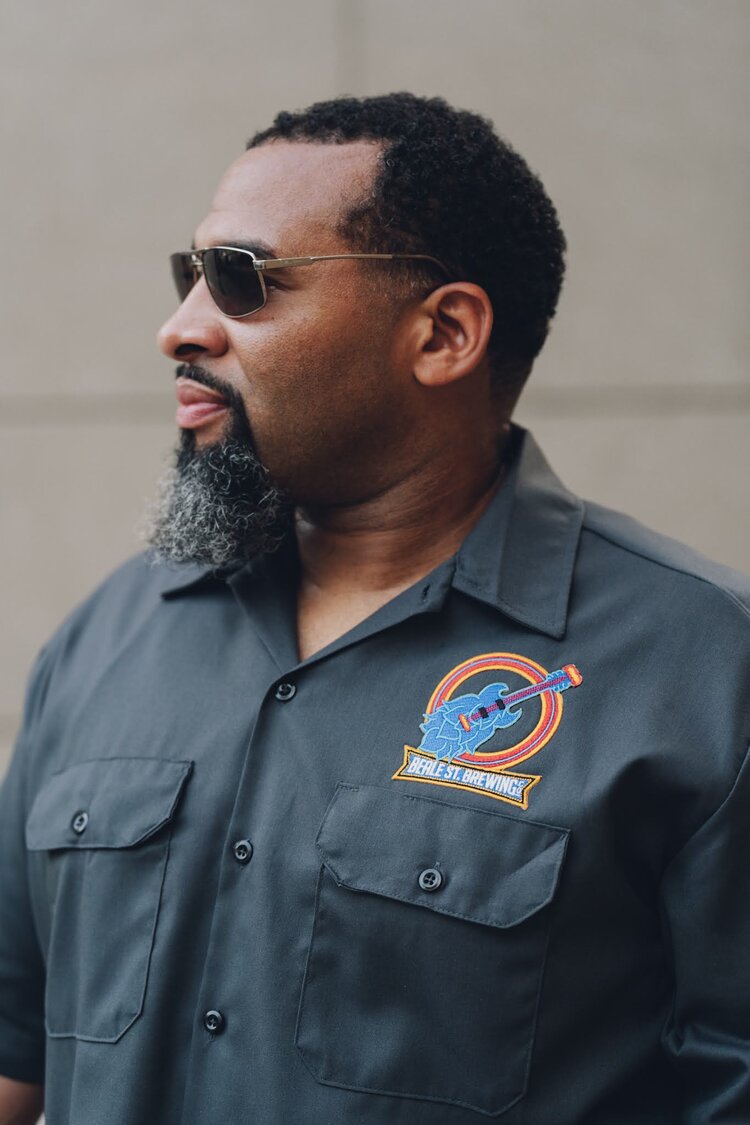 “I started out approaching this from a cooking perspective,” Kolheim says, by way of explaining how he first got into craft brewing.

“A friend of mine bought a home-brew setup, and, when I realized I could manipulate flavors and flavor [the drinks] like food, that intrigued me a whole lot. So I just kind of ran with it from a culinary perspective—of adding flavors, utilizing different hop varieties and malts. It’s so cool that it translates into the flavors and the notes that you can pick up on in the beers. That’s fun to me.” 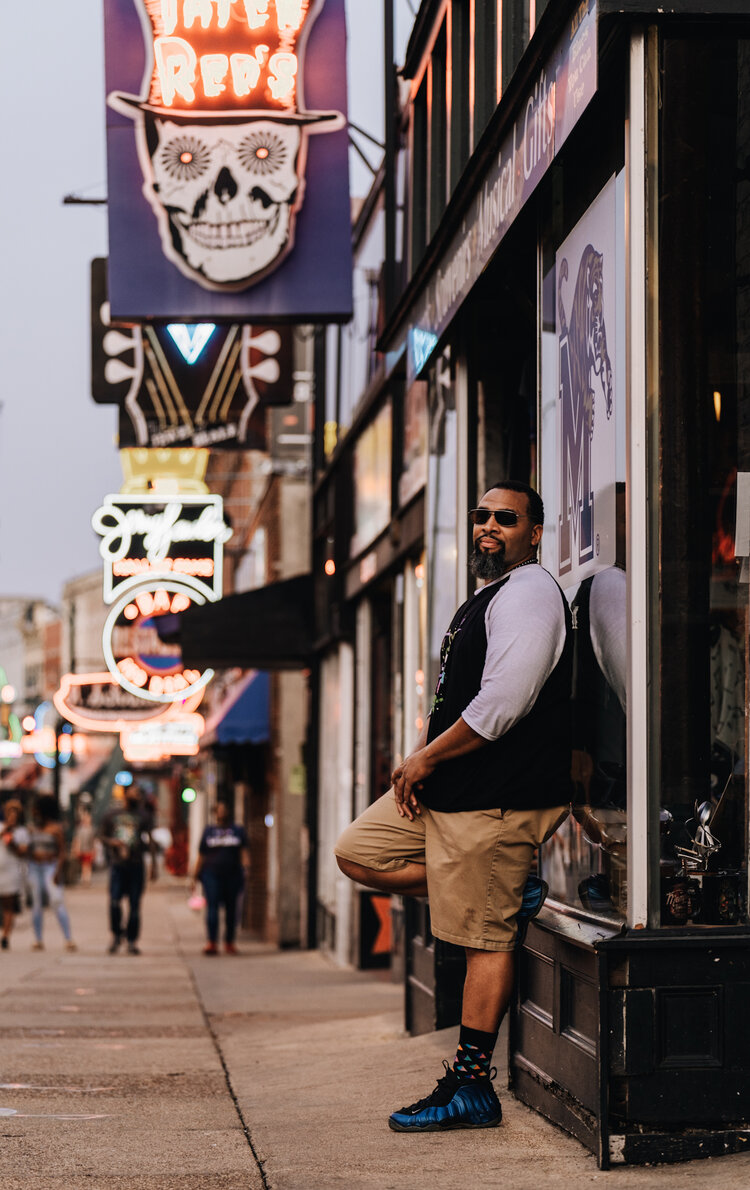 There’s fun in what you do, but there’s also the chance to put personal and meaningful things out into the world along the way. That’s what Kolheim is doing with Black is Beautiful, the stout beer he’s been working on through the Black is Beautiful project launched by the San Antonio-based brewery Weathered Souls Brewing Co. Through this project, participants like Kolheim are donating brew proceeds to local foundations—in Kolheim’s case, to MICAH, a coalition of community- and faith-based organizations focused on economic equity, education equity, and immigration and intercultural equity.

Kolheim reached out to his fellow Memphis brewers to collaborate on a local Black is Beautiful beer. The response was swift, and Wiseacre, Crosstown, Meddlesome, Memphis Made, Ghost River, Soul and Spirits, and Memphis Filling Station are working together with Beale Street Brewing to brew two versions that can be purchased directly from the breweries. 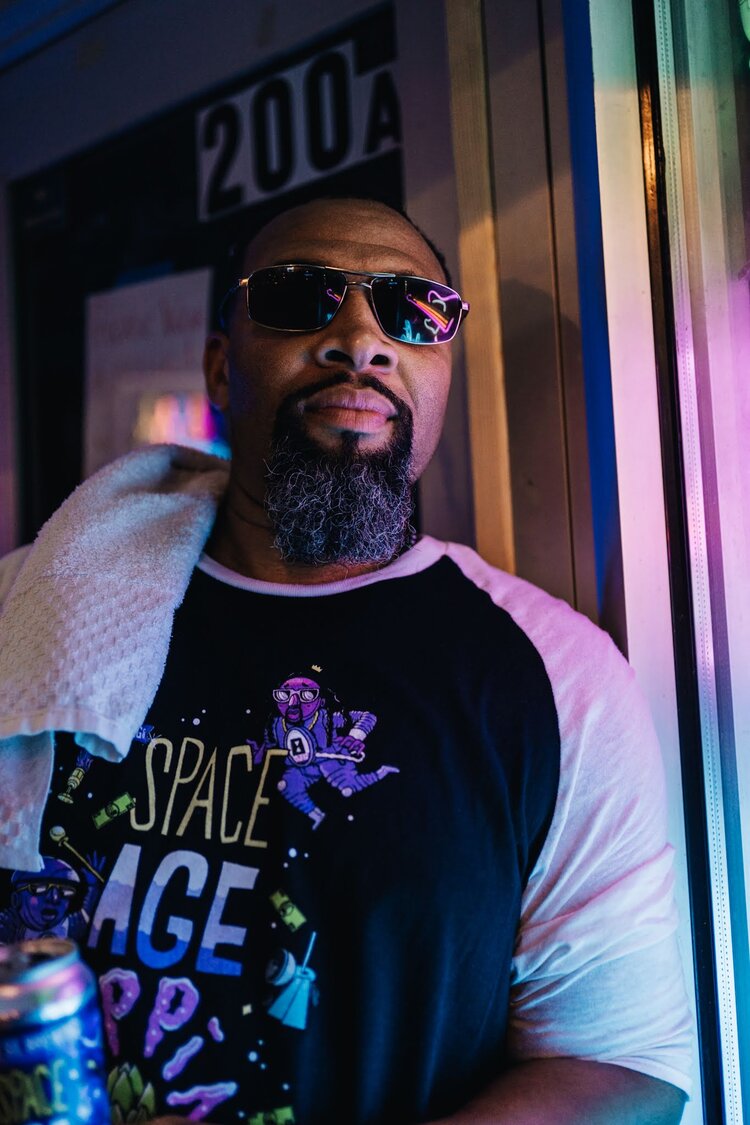 “The times we’re in, it’s a callout,” Kolheim said, about why he wanted to add his effort to the project. “It’s showing support for the community.”

In a way, the project is also about showing people that all are welcome in the diverse, inclusive brewing community. “The Black is Beautiful initiative is a collaborative effort amongst the brewing community and its customers, in an attempt to bring awareness to the injustices that many people of color face daily,” the project’s website notes. “Our mission is to bridge the gap that’s been around for ages and provide a platform to show that the brewing community is an inclusive place for everyone of any color.”

Visit bealestbrewing.com for a list of restaurant, bar, and retail locations.