0 0
Drinking and eating with Sean and Anne 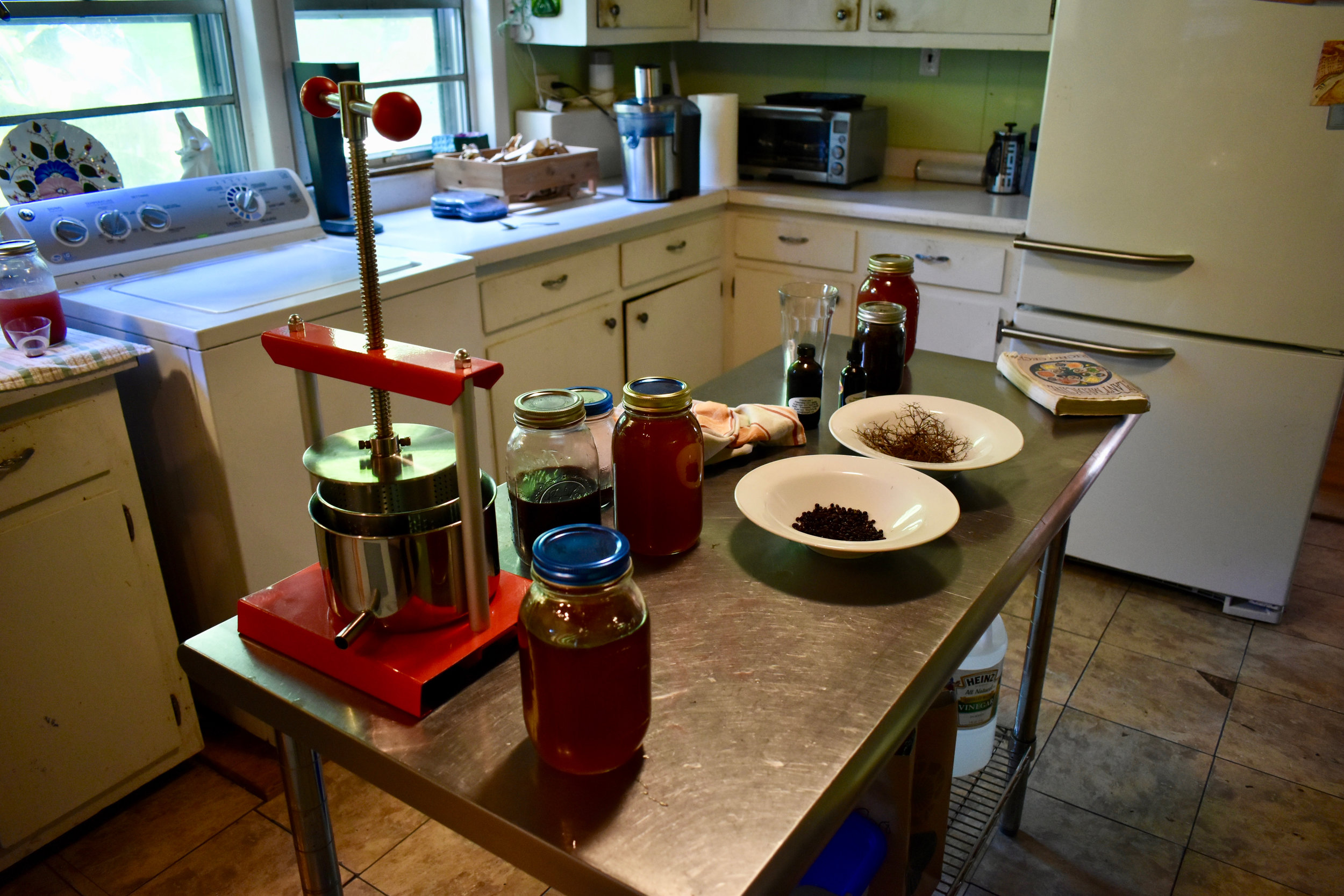 Sculptors, painters, musicians, designers, photographers—the list is long. It’s said that artists suffer for their art, but some live and breathe art almost as if they were driven by some forceful predilection. W. Somerset Maugham believed that “every production of an artist should be the expression of an adventure in his soul.” 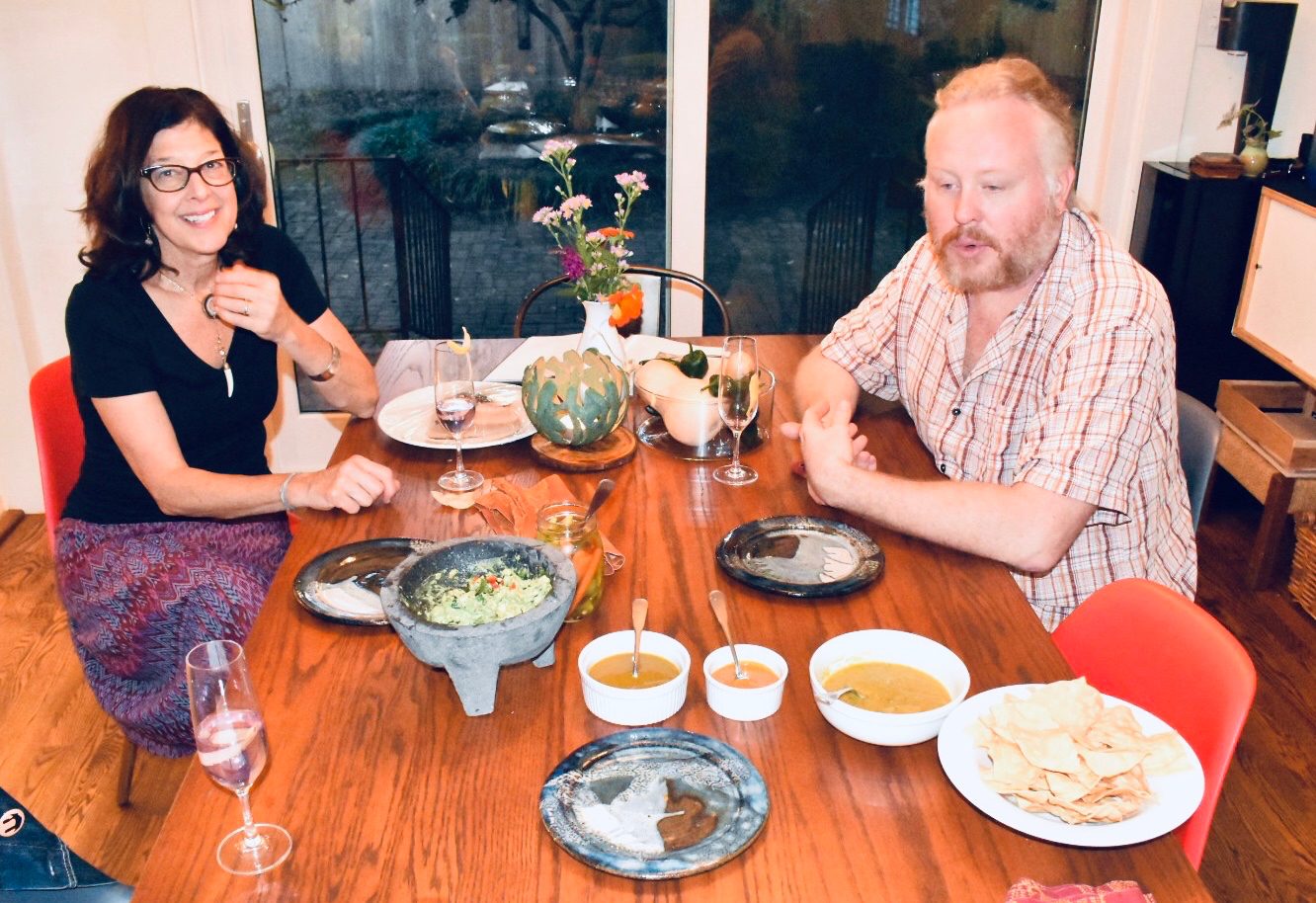 Sean and Anne were kind enough to invite me into their beautiful home for a memorable evening of food, cocktails, music and good conversation. The next morning they gave me a tour of their “farm” near the city limits. What I learned about these two incredible Memphians is that their love for each other and their pursuit of art in multiple forms are delicately intertwined in a way that is both remarkable and aspirational.

Everyone loves a good origin story, and the one about Sean and Anne is essential to understanding their mission in life—but first, dinner.

When I arrived at their home, which is tucked away on an elusive and quiet street in East Memphis, Anne was standing at the kitchen counter in the process of making tortillas from scratch. Sean had set the table (which coincidentally was crafted from the wood floors of the original Germantown Performing Arts Center stage where Sean once worked and I am now employed) with a bowl of tortilla chips, fresh salsa macha and salsa verde expertly made from home grown peppers and housemade seasonings.

Surveying the room, you can’t help but notice the many different types of art on display.

Sean, a musician in the Mighty Souls Brass Band, also has an affection for mixology and cocktails and has an impressive home bar that is exceptional by any standard. As we talked and they prepared dinner together, we had our first cocktail of the evening: Queen Lavendula—made from Empress gin, vodka, Cocchi Americano Bianco, lavender tincture (cultivated from one of Anne’s plants), brut sparkling wine and lemon peel. It was a perfect palate cleanser that Sean likes to use to showcase the lavender tincture. 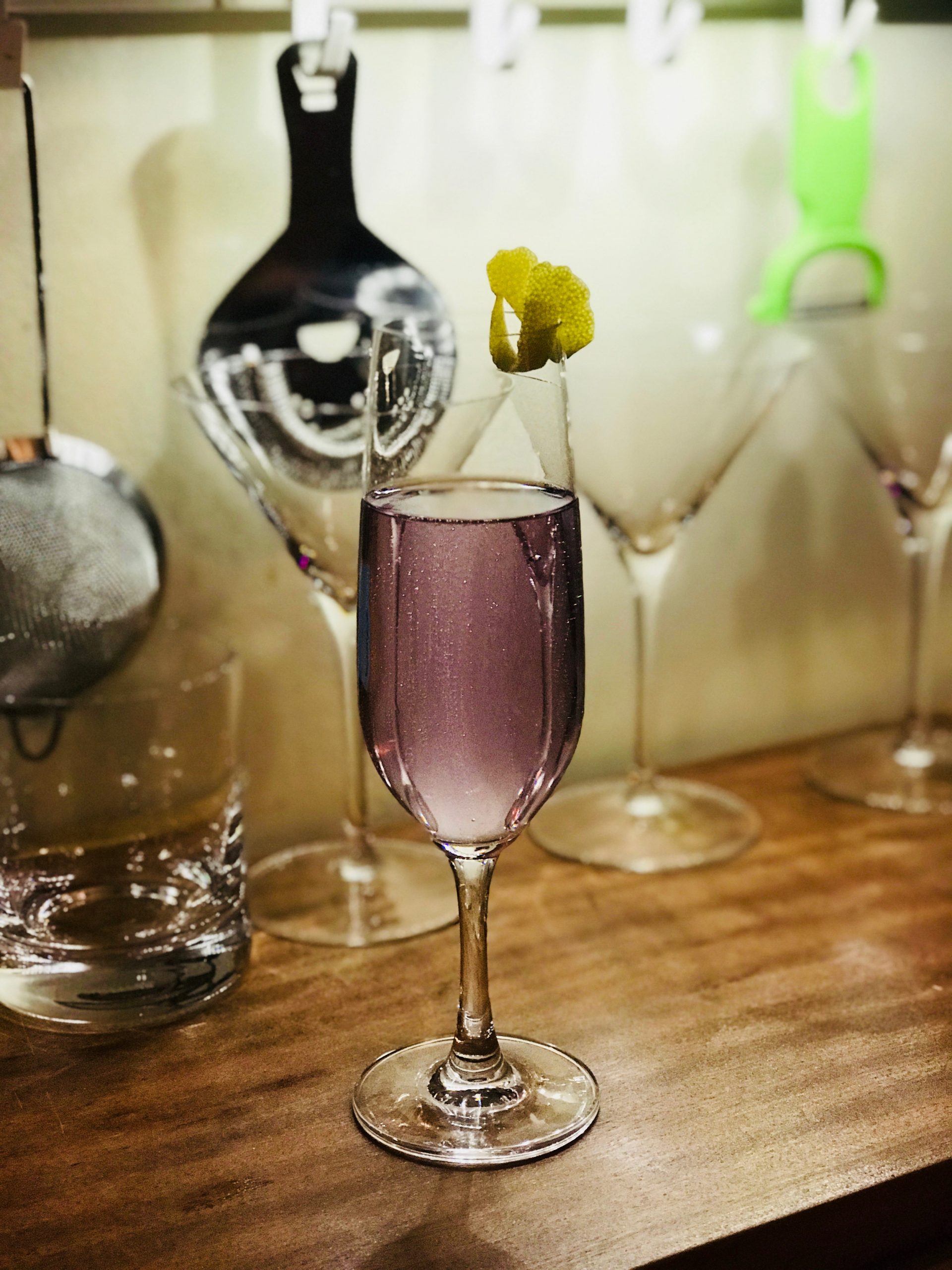 Sean’s love of cocktails grew out of his love for cooking. His skills in the kitchen translate well to the drinks he regularly shares on Instagram (@memphismusiciancocktails).

You know you’re dealing with a professional when the bitters are made in-house;

Sean’s bitters (#memphisbitters) are essential ingredients in many of his creations. When dinner was ready, we sat down at the table together and had a hearty meal of adobo seasoned pastor, warm tortillas accompanied by fresh guacamole and jalapenos, homemade sweet pickles and a salsa habanera that is truly the best I have ever tasted. The salsa bar has been raised. Made from habaneros in their garden, it displayed a range of flavors from spicy hot to citrus with hints of coconut to balance the heat. Soon thereafter, Sean produced our next drink of the evening. I’ve had a few margaritas (OK, a lot) in my day but this one was as complex a tequila drink as you will find. Called The Traveling Saguaro, it contains reposado tequila, Ancho Reyes Verde, orange liqueur, fresh squeezed lemon, lime and orange juices, agave syrup, blood orange bitters and Sean’s barbecue dry rub. The drink was served in an old-fashioned glass with a perfectly clear chunk of ice and sprinkled with a pinch of burnt jalapeno that added a smoky zest. 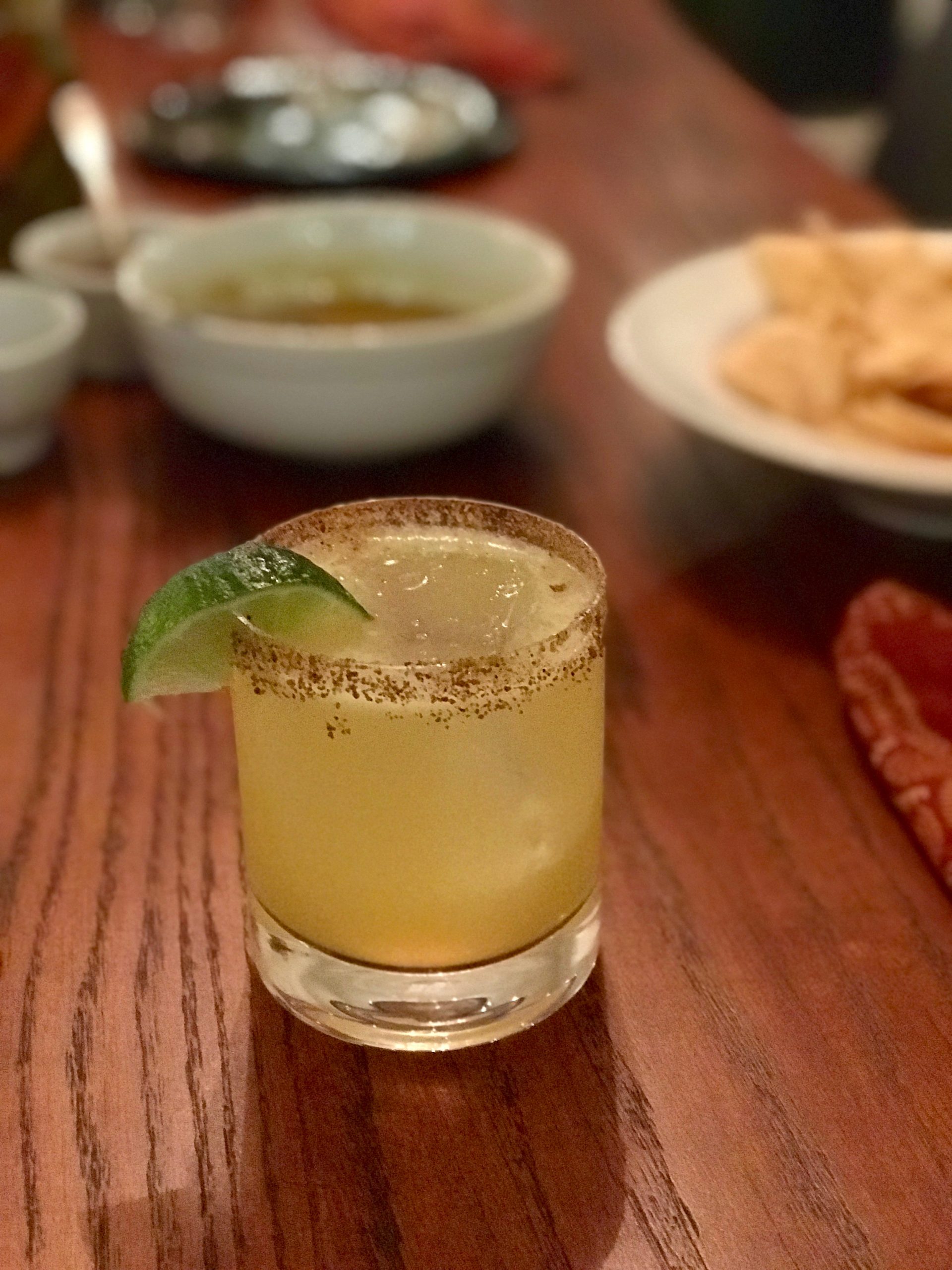 After dinner, over rye old-fashioneds made with Sean’s house bitters, the couple, who have been married since 2011, explained how they first met and how they use their umbrella business, Being:Art, to inspire others and create art. Being:Art’s mission statement proclaims, “We believe in each person’s innate creativity and the power to express it!”

It was art that brought them together. 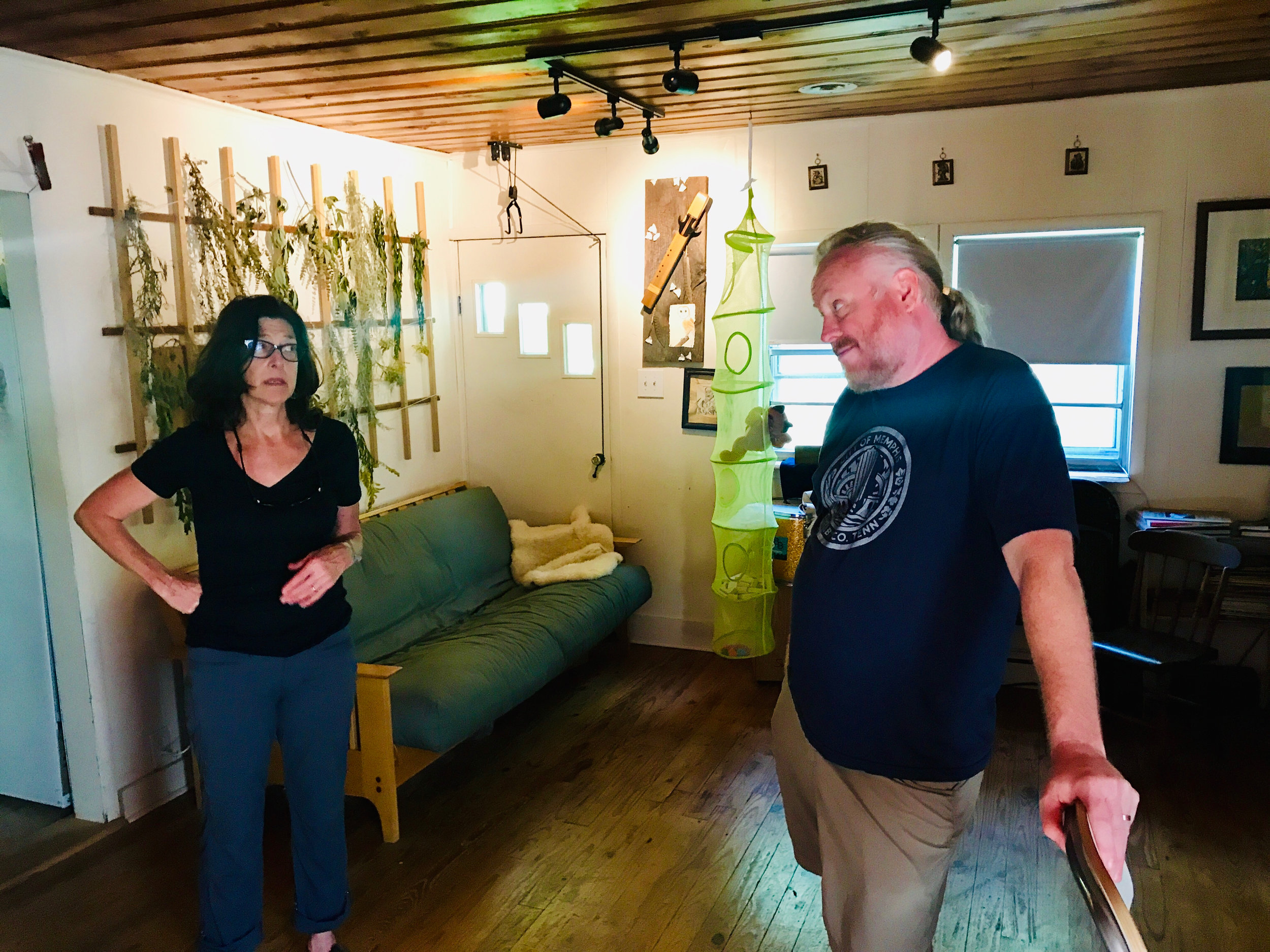 In 2001 they were founding members of a weekly dance and improv group, and during the first few months, although they bonded through music and dance, they never spoke directly to one another. A few years later they were teaching art in schools and began collaborating on special projects. Being:Art was founded in 2004 to officially recognize their partnership and would eventually evolve into their primary business.

Subsequently, it has become one of a handful of companies in the United States that creates musical instruments specifically for permanent outdoor installation at schools and nature-centric classrooms.

Made from sustainably harvested wood, they can be played by musicians and non-musicians alike. 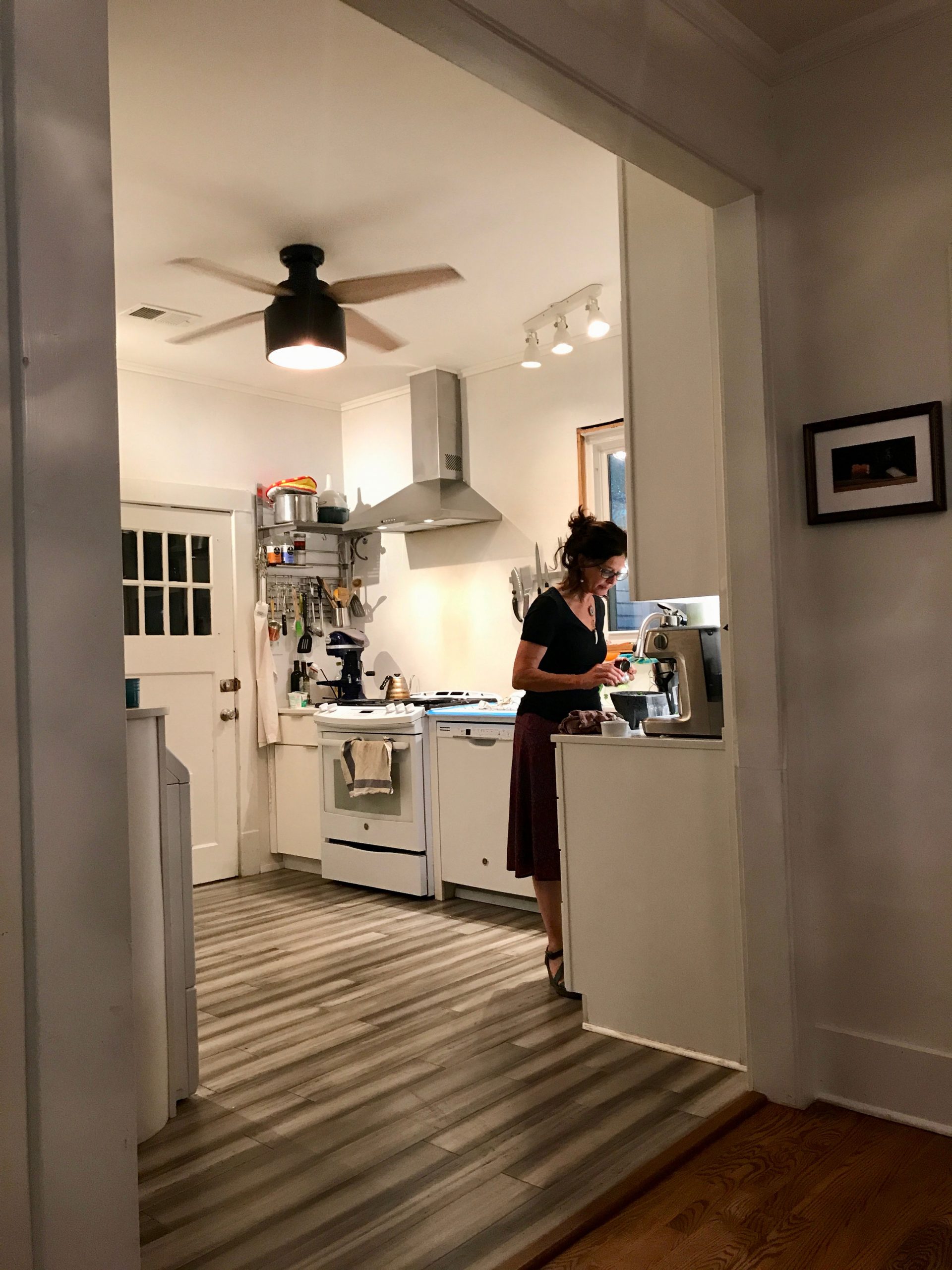 Anne, a Kentucky native, has called Memphis home for over 30 years. Trained as an artist and registered landscape architect, she describes herself as “a multidisciplinary artist with design and creative problem-solving as the root.” She believes that her training has translated well into being a visual artist, dancer and yogi. But most of all, her love of plants and the natural world has led her to create a tree-canopied garden environment called the ArtPhFarm. Its fertile soil provides all the herbs and plants for her tinctures, syrups and other health products that she believes have pharmacological properties that feed the human body and spirit. 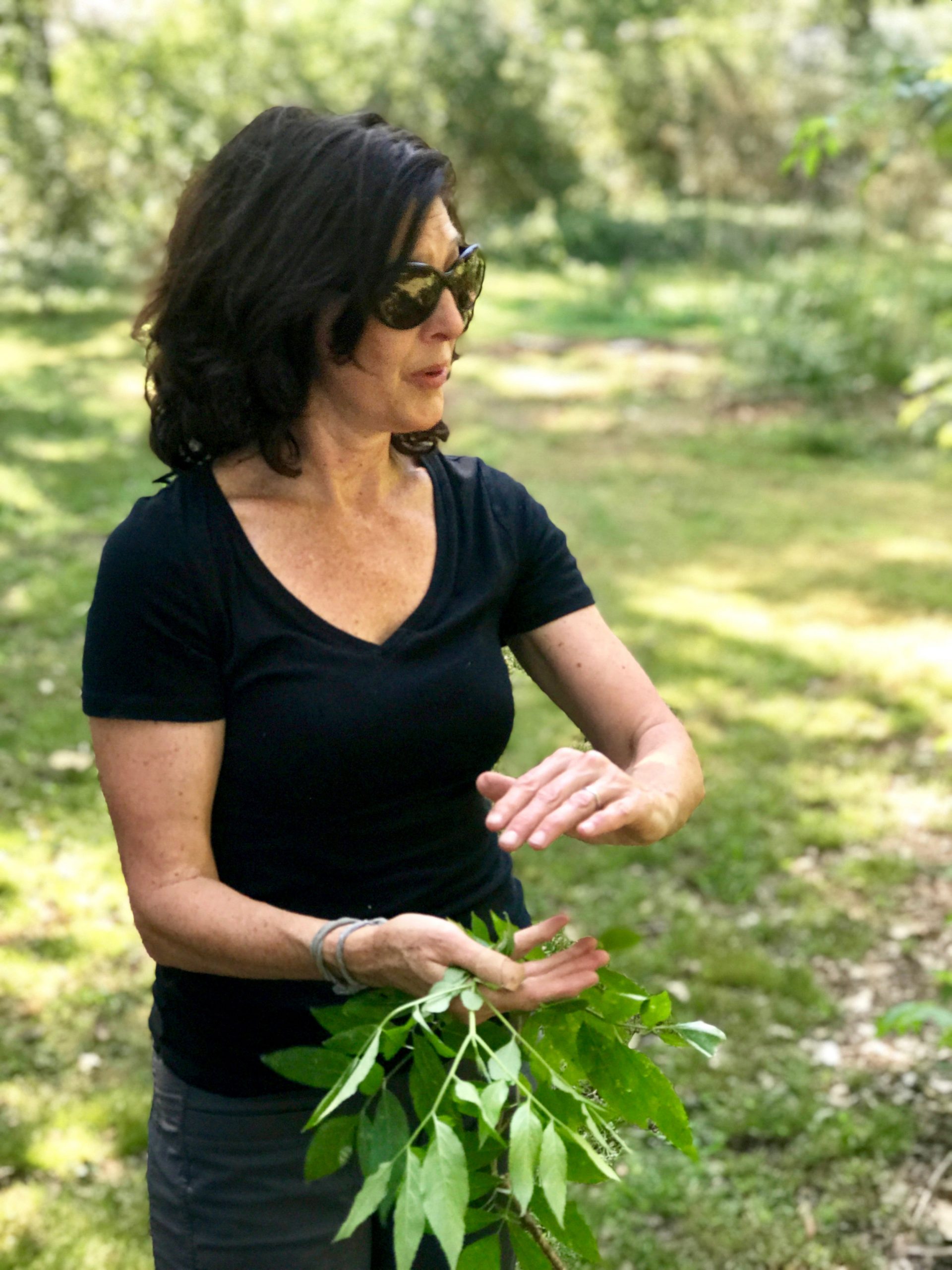 I was invited to tour the ArtPhFarm the next morning. The property is completely hidden just off a main thoroughfare. The land was Sean’s maternal grandparents’ home that he purchased from his family a few years ago. It also serves as a space for the creation of music and a place for Anne’s granddaughters to explore their artistic instincts with an intact woodshop, kitchen and kiln.

Their hideaway has become a haven for Anne to grow a variety of plants that make their way into balms, tinctures and her signature tisane. Anne learned about this Himalayan lemon ginger honey tea from a friend who sampled it while in India. Intrigued, Anne began to develop her own version and started serving it after yoga classes and at workshops. Comprised of fresh lemon juice, fresh ginger root juice, water, spices, unwashed cane sugar, Himalayan pink salt and a recently added elderberry decoction that boosts the immune system, it is both restorative and deceptively refreshing. These same elderberry plants also produce her Luminous Elderberry Terrific Tincture and Luminous Elderberry Super Syrup. Anne’s tisane and other products are available to her friends and family, and she uses her Instagram @annejfroning to promote its health benefits.

Sean and Anne were artists on their own paths before they became a couple, but together they are a formidable duo of creative expression. Their “business” of Being:Art encomapasses all of their shared interests: food, dance, design, music, yoga, teaching and herbalism. They strive to maintain and harness creativity in themselves and others. For them, the simple act of making dinner is an artistic endeavor. For Sean and Anne, art is truly an adventure of the soul.

Derived from Tacos: Recipes and Provocations by Alex Stupak and Jordana Rothman

1. Preheat the broiler on high. Preheat a cast iron skillet over medium heat for 5 minutes.

2. Add habaneros to roasting pan (or preferably a second cast iron skillet if available) and place under the broiler. Broil for approximately 15 minutes, turning occasionally, until some areas are blackened. Remove pan from oven and set aside to cool.

3. Meanwhile, add oregano to first skillet. While shaking skillet, cook oregano over medium heat for about 15 seconds, until oregano is fragrant. Remove from skillet to blender.

4. Add onion to first skillet. Roast for about 6 minutes, turning onions occasionally until soft and beginning to blacken. Remove from skillet to blender.

6. Remove and discard stems and seeds of habaneros. Add to blender.

8. The salsa will keep in the refrigerator for a week or in the freezer for a month.