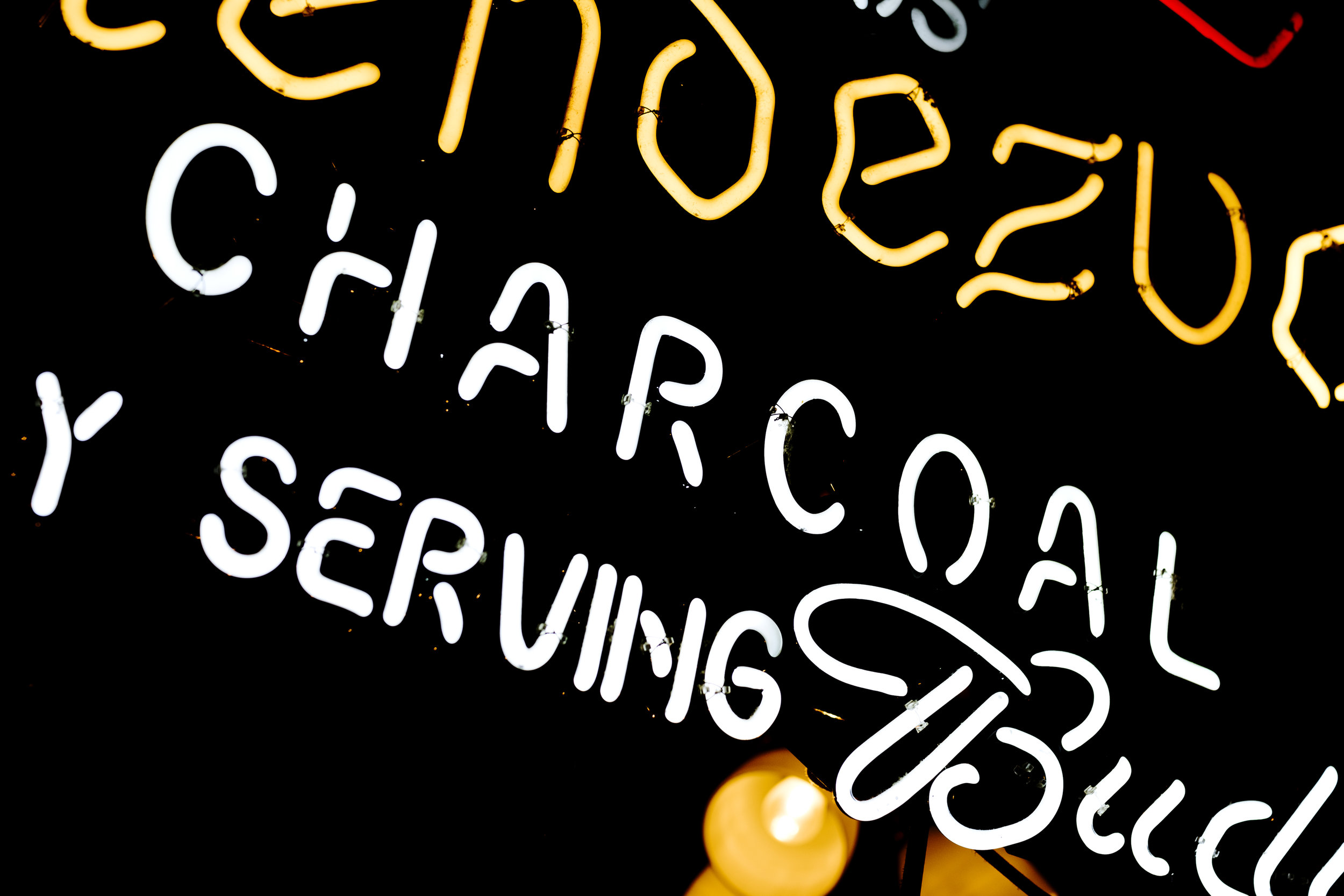 I met Nelson “Bobby” Ellis on a sunny Friday morning, in an alley in downtown Memphis.

Yes, of course, the alley that is the home of the world-famous, 70-year-old Charles Vergos Rendezvous, where Bobby has been employed since he was 13 years old.

That morning, Bobby was standing outside of the load-in entrance to the restaurant, directing food shipments, and looking busy and important. Unsure if this was the man I was supposed to meet, I said to him rather timidly, “I’m here to meet Bobby.” He chuckled and said, “Are you sure?” Bobby, who has been working as the kitchen manager at the Rendezvous for over a half century, sat with me in the dining room of the Memphis institution. While he fielded questions about beer deliveries and other requests from his staff, I asked him about his life and the things one sees from his point of view over so many years—and he told me the story of his work. 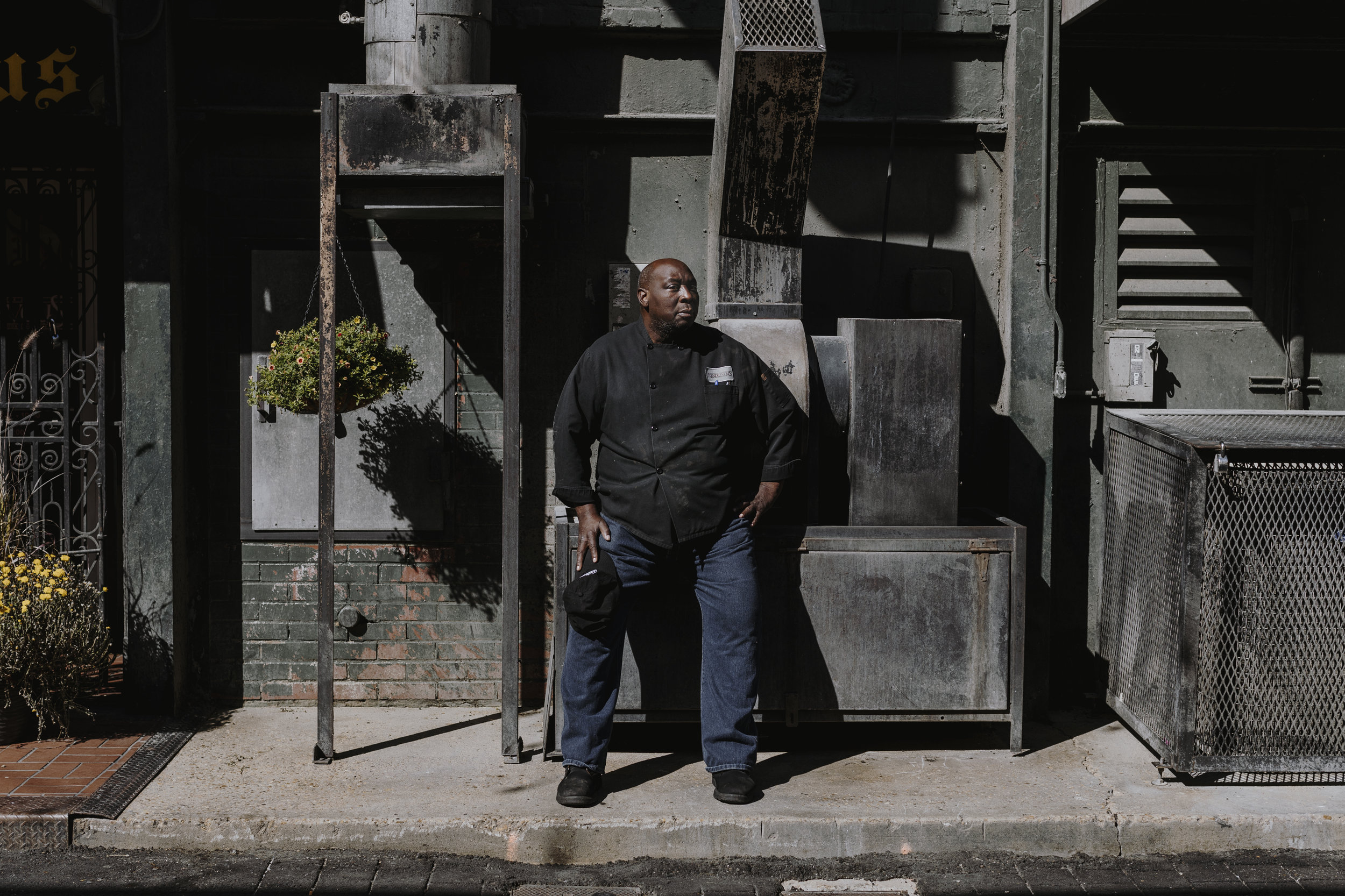 Bobby grew up in South Memphis in the 1950s and ’60s. He graduated from Booker T. Washington High School in 1972, and by that time he had already been working for the Rendezvous for six years. Bobby’s father, Early Ellis, was a city sanitation worker who brought barbecue home every single Friday. What barbecue meant back then isn’t exactly what it means to Memphians now.

“I was born and raised up on barbecue,” 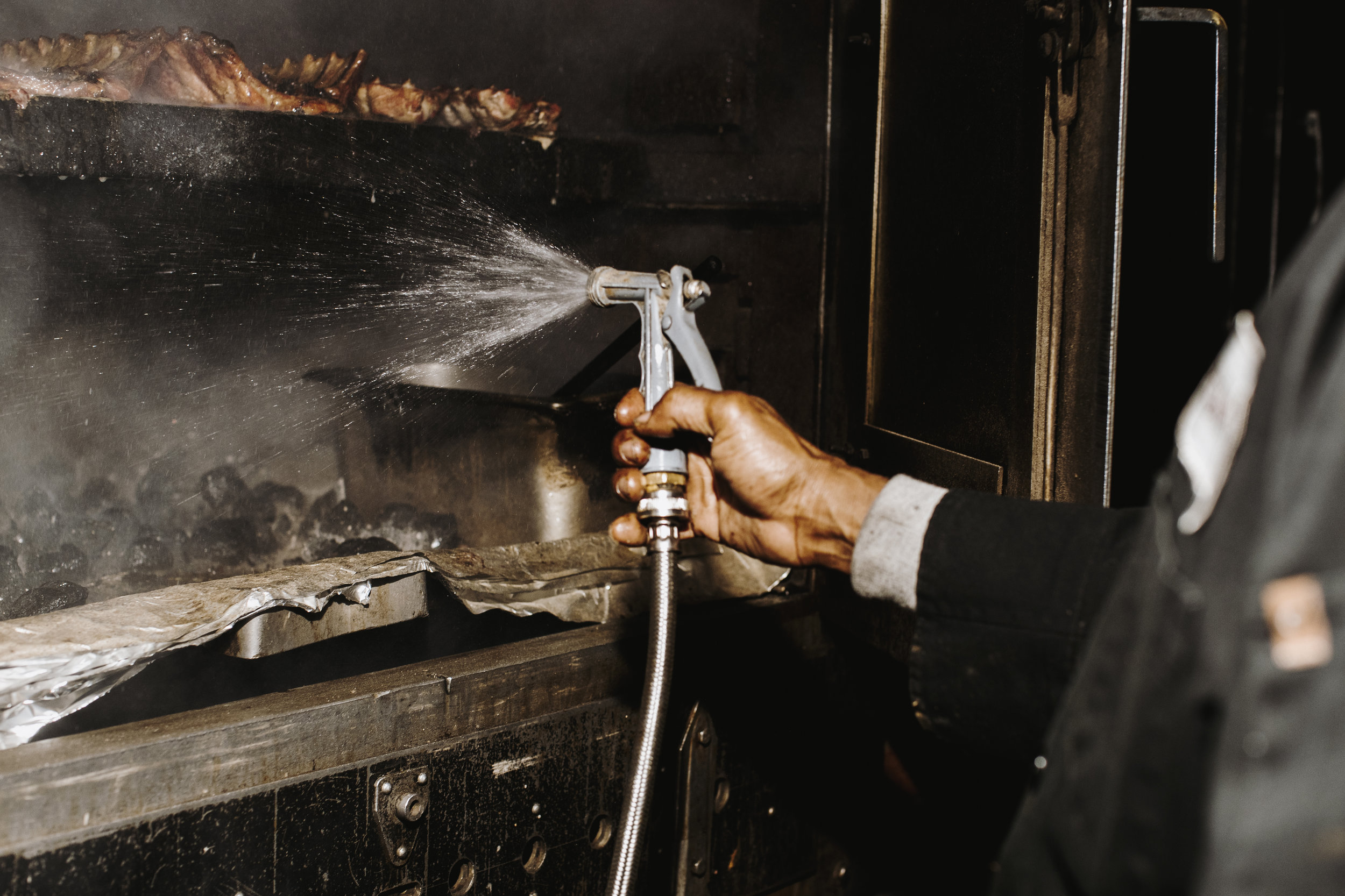 He remembers his father as a hard worker. “If it rained, they worked in the rain,” he says. “If it snowed, they worked in the snow. They were working payday. The only blessing that they had was that food wasn’t as high as it is nowadays. You could go buy neck bones for five cents, and ground beef was 10 cents, or something like that. You know, for 20 or 30 dollars you could come out [of the store] with 10 bags of groceries, but nowadays you can’t do that.” 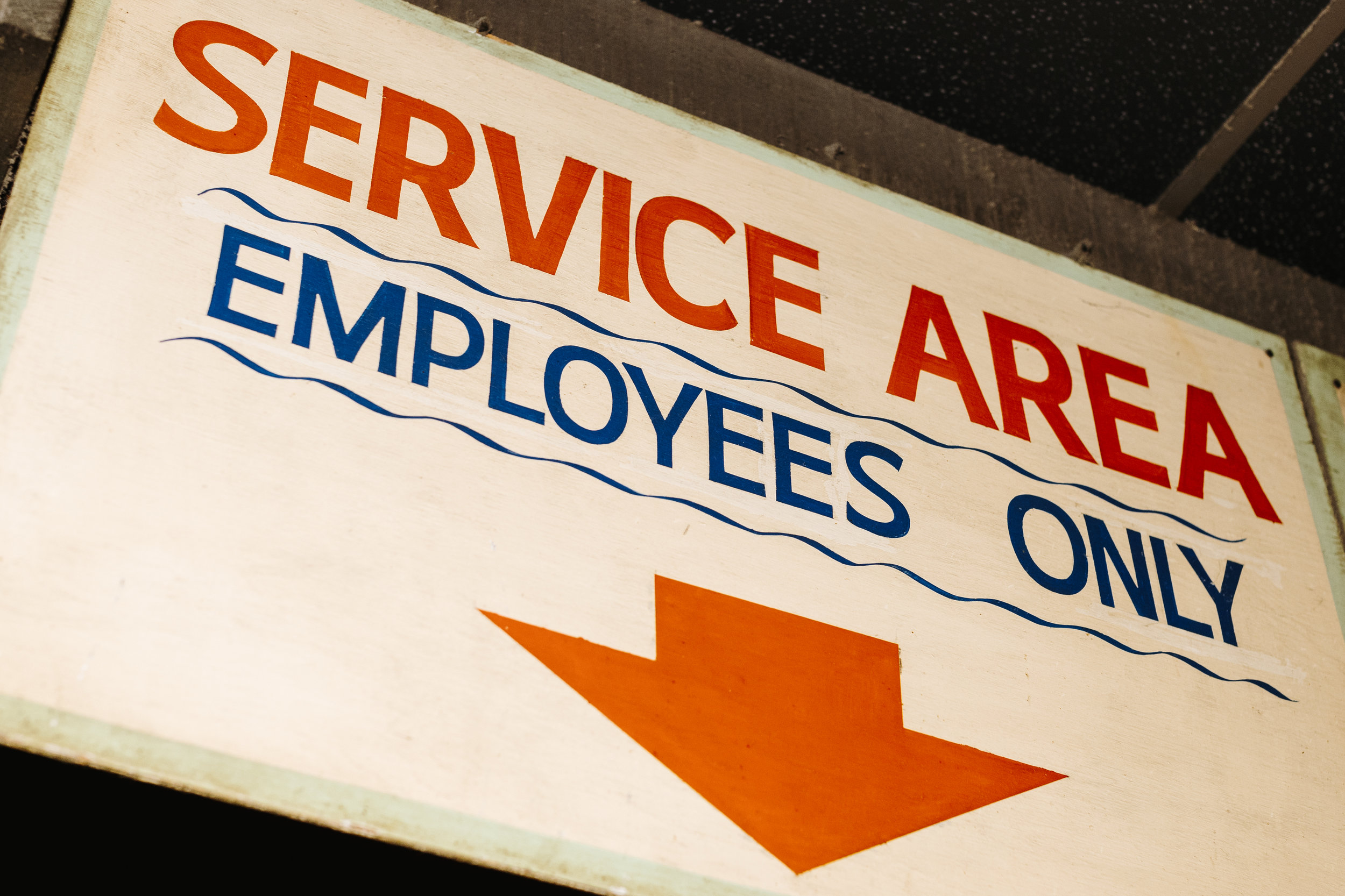 In 1966 Bobby was working his first job at the Downtown Motor Inn on Union Avenue, with his older brother. He had been working there for six months when the manager got fired. Bobby says that he, his brother and everyone else quit and started working at the Rendezvous. There was only one side to the restaurant at that time, and the menu had only five items. Bobby lists them for me from his memory:

“We didn’t sell nothing but a large order [of ribs], small order [of ribs], pork shoulder sandwich, a roast beef sandwich and a cheese and sausage plate. Now, I’m talking about cold beer! We sold some beer! The Rendezvous used to sell 60 kegs of beer a week.”

He notes that over the 51 years he has been at the restaurant, he has watched people’s appetites change. “I never thought we’d have a salad in the Rendezvous ’cause people didn’t care back then,” he says. “We got a picture in here of a guy who one time ate nine orders [of ribs]. It’s different nowadays. The beef brisket has been on the menu for probably close to 10 years, and it’s a good item. Right now we probably sell as much of that as we do anything else.” 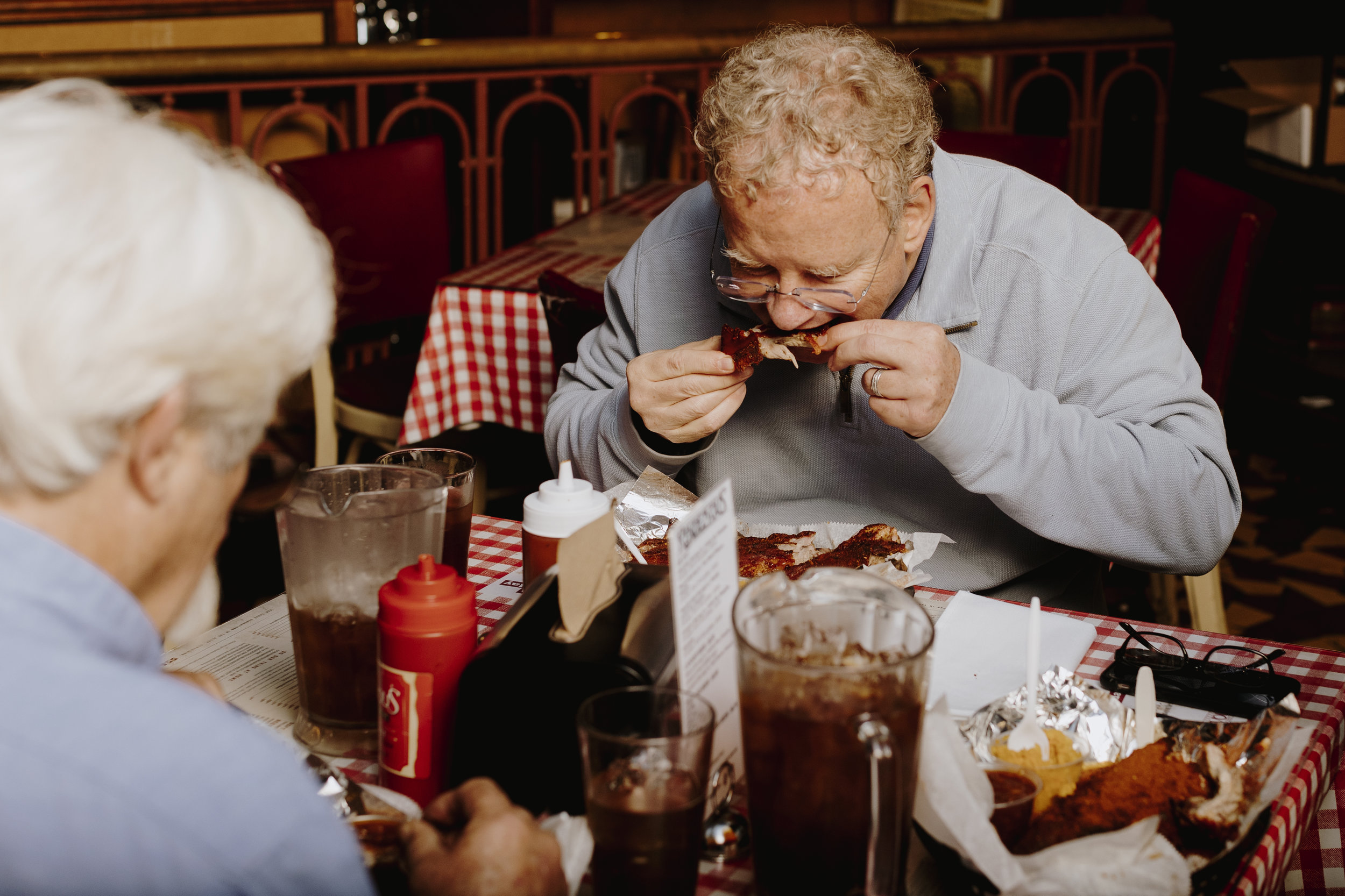 From the beginning of Bobby’s career, his late mentor—and the man he credits for being the most influential person in his life—Charles Vergos, preached the value of a good product at a popular price. “Before all the internet situation, we always said word of mouth is always better than anything else,” Bobby says. “And that was true for the Rendezvous.”

He speaks of Charles as an ambassador of downtown Memphis. “Mr. Charlie was downtown. He bled it. He never turned his back on it,” he says. In life, Vergos often credited Bobby and other members of the back of the house staff as being the true spirit of the restaurant and the key to its success. Bobby says he considers himself a background person:

“I’ve done everything in the Rendezvous from bussing tables, to waiting, and everything else. But my true profession always has been in the kitchen. Because I like the background.”

Bobby had to work hard to get away from that lifestyle. He went into cocaine recovery treatment in 1988, and his 30th anniversary of getting clean was late October 2018. “I went in and told my boss I was using cocaine. He gave me the option and said, ‘What do you want to do?’ I told him that I tried on my own [to quit]. It didn’t work. I think I may have lasted a week. And after that I went into treatment. It was the best thing that ever happened to me in my life. I wouldn’t be here today,” he says. 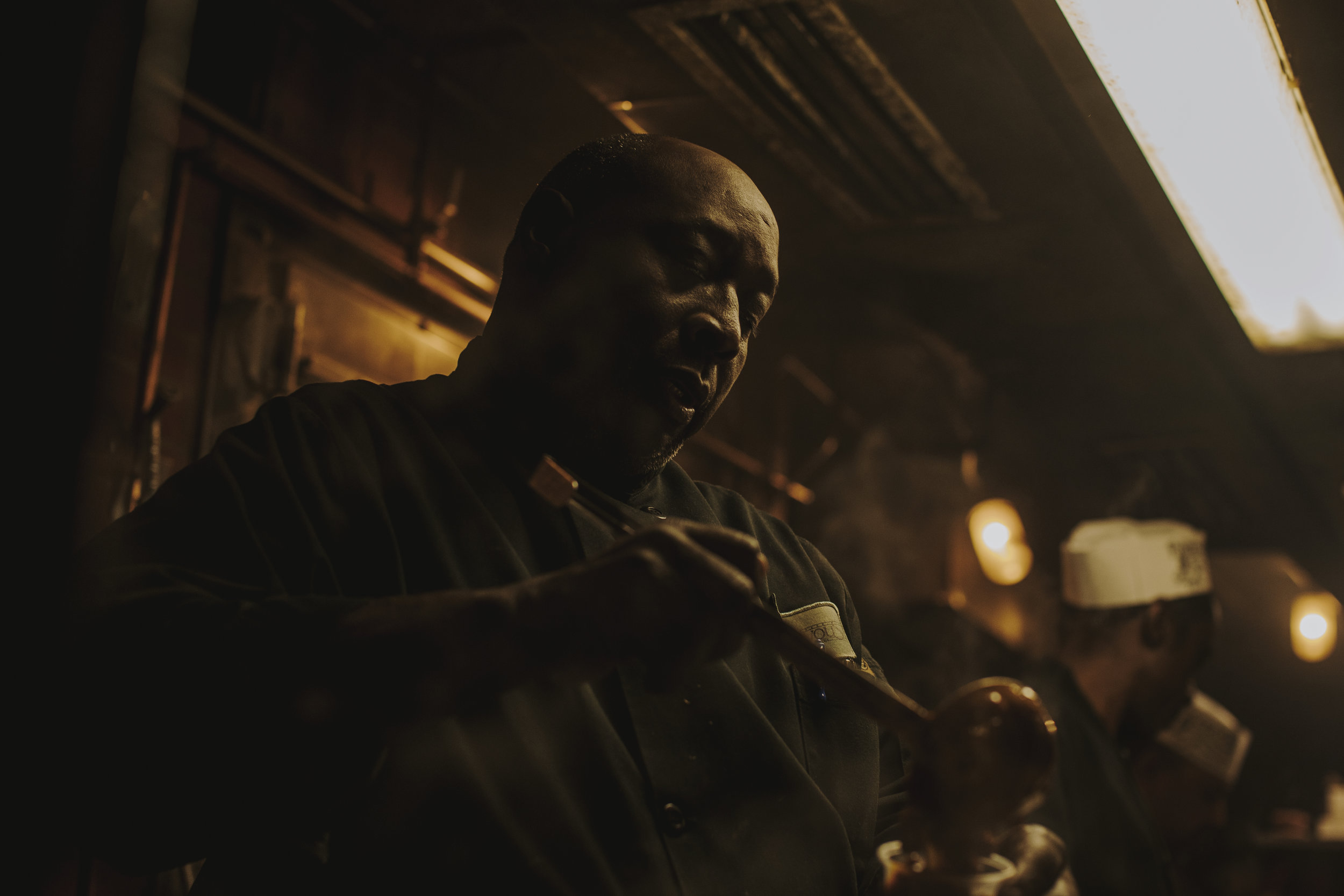 “I never looked at my job as a job. I looked at it as a challenge, because I love what I do.”

For a time, Bobby was worried he wouldn’t be able to continue doing the job he loves. Due to recent health issues, he receives regular dialysis treatment, and he feared the illness wouldn’t let him return to work. “I would be lying if I said I wasn’t depressed,” he says. “It does make you depressed, when you feel that you can’t do what you used to do anymore.”

Bobby paused to fuss at his kitchen staff to quiet down, before giving me some final, simple advice: “Nothing has been changed about our product since we began. If it ain’t broke, don’t fix it. If you want sauce, it’s right on the table. The key to success of this restaurant, and for future generation restaurants, will be the same: Don’t take shortcut, baste the ribs, and watch the restaurant. You have to watch your restaurant. Don’t think you can sit at home, and have somebody else running your operation. That’s just point-blank the truth about it.”

Jayne Ellen White has worked in the Memphis tourism industry for 11 years. She is a Memphis music history enthusiast and an adventurous home cook. She is the Director of Visitor Experience at Stax Museum of American Soul Music.