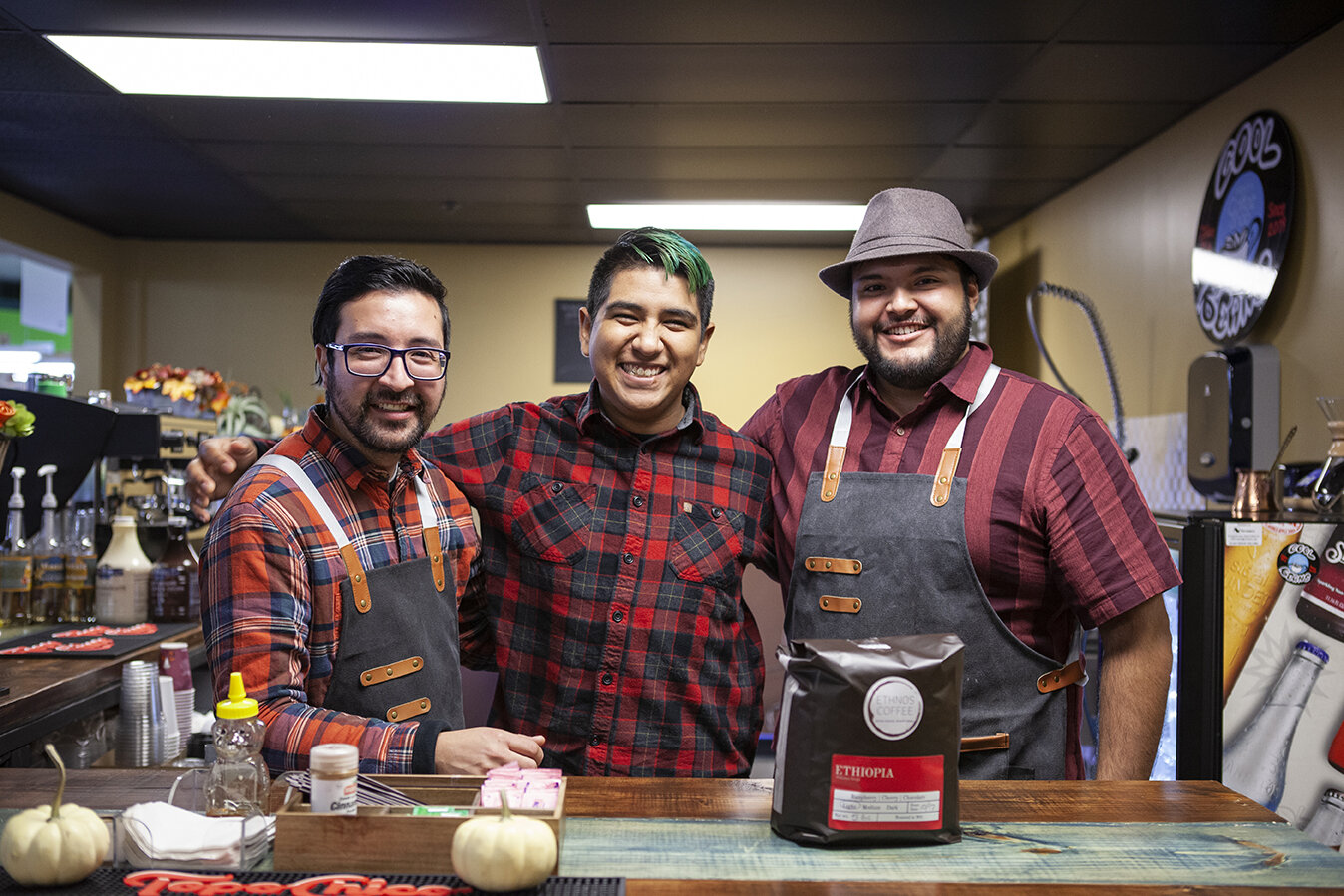 Brandon Ornelas’s quotations are translated from Spanish by Alejandro Paredes.

Brandon Ornelas has a talent for connecting with people.

With the opening of his coffee shop, Cool Beans, inside Cordova International Farmer’s Market in September 2019, he now has a space in which to connect with people from all over the world every day.

When he and his partners—cousin Alfredo López, sister Brisa Rodriguez and friend of the family George Cervantes—learned that the international market was looking to host a business within its property, they believed Cool Beans would be a natural fit. Because Alfredo already worked for the international market, it was an easy pitch.

Brandon knew that Memphis had some great places to get a good hot brew after work, but he realized that none of them were in the Cordova area. “Sometimes you get home tired and you just don’t feel like driving half an hour and back to get a good cup of coffee, so we thought it would be cool to open a coffee shop here in Cordova,” he said.

Although he is originally from Mexico, Brandon has spent more than half of his 26 years in the Memphis area and he thrives on strengthening his community. “Midtown and downtown have some great coffee shops, and we thought,

‘We deserve one here too, something different from Starbucks,’” he explains. 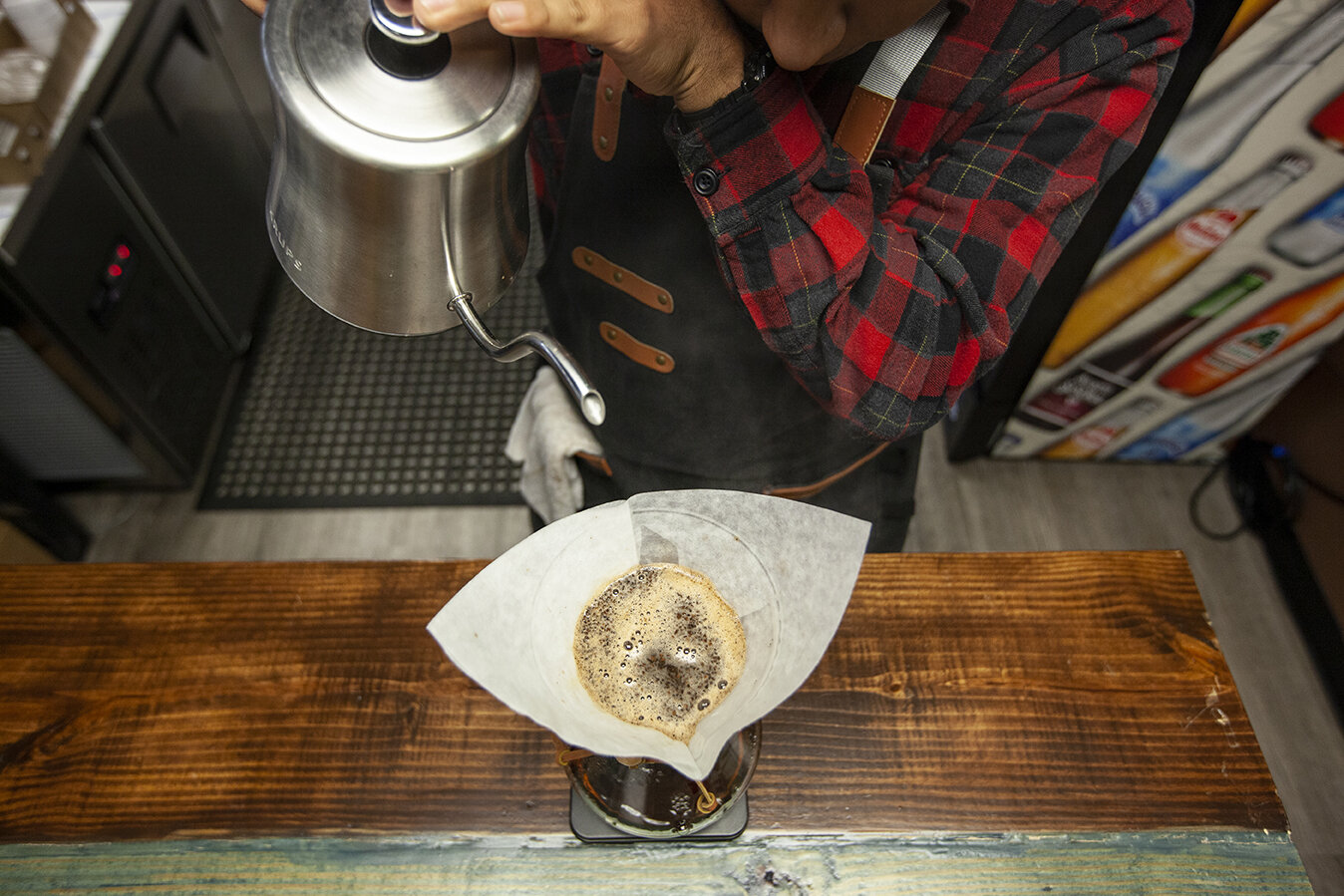 He and his partners had been exploring the idea of opening a business to serve the community for a while. At the core of Cool Beans is the idea of building a safe haven where people can talk to each other about their achievements and whatever may be troubling them, a place where they can get a cup of coffee and just hang out and talk.

Brandon and company attend the same church, and, beyond a business, they view Cool Beans as a way to serve people. 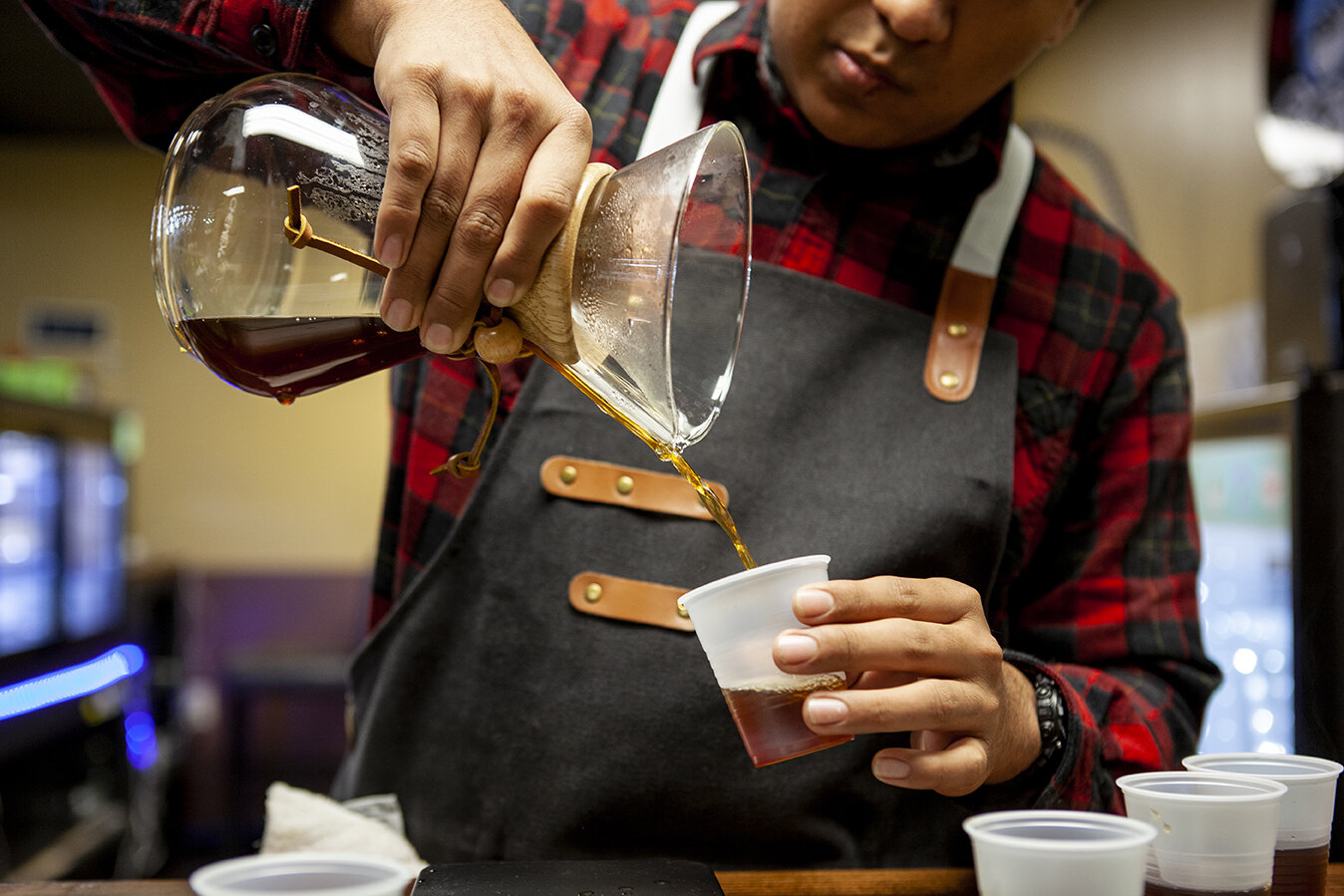 Originally they had the idea of a restaurant. But then they realized how demanding the business could turn out for five inexperienced entrepreneurs who would have to juggle studies, jobs, families and church duties. (Brandon is working towards a bachelor’s degree in Spanish literature at the University of Memphis.) When they decided on a coffee shop, there was a little problem.

“All I knew about coffee was Folgers,” Brandon laughs.

So he started researching, first by visiting local coffee shops and trying different types of brews, and then by talking to baristas. “Some of them would be really open and helpful,” he recalls. “Others would shut down, especially when I would tell them that I was planning to open my own coffee shop.” 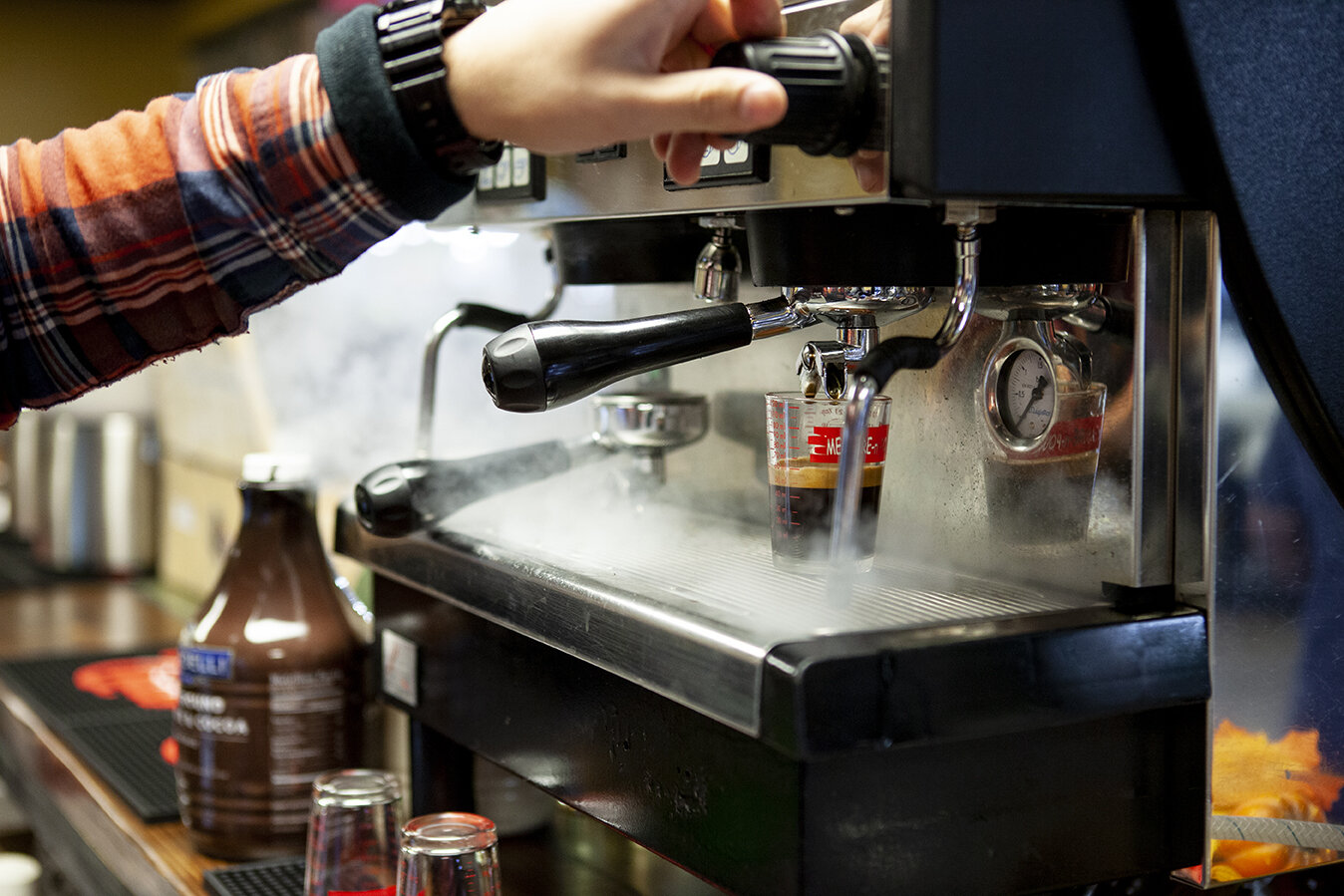 Then he met Benji Fulfer, formerly of Memphis Coffee Community and Dr. Bean’s Coffee and Tea Emporium, who provides consulting and training. “Meeting Benji was one of the doors that opened that made us think we were making the right decision,” says Brandon.

Through Benji, Brandon and his family learned the art of brewing. “I had always thought specialty coffee was costly. But after learning what is behind it, I understood clearly why  coffee culture is growing worldwide,” Brandon said.

Benji was instrumental for the Cool Beans crew to understand how to fit into that culture and how to price their products. Other important partners are Ethnos Coffee and My Cup of Tea. With them, Brandon shares the passion of offering a delicious product to clients, and the mission of strengthening their communities.

“I had heard great things about Ethnos Coffee from different people and obviously I liked the idea of using locally roasted coffee, but, when I finally met owner Kenny Baker, I felt right away that it would be an ideal partnership, not only because of the quality of his product, but because we are practically doing the same thing,” he says.

Cool Beans has an eclectic menu. The specialty coffee is complemented with Mexican aguas frescas, traditional pastries from La Baguette and some Mexican bakery items from La Espiga. The horchata latte has proven to be very popular with customers, and he feels proud of incorporating his Mexican heritage into the world of coffee. “But what I really want is that, more than a good cup of coffee, people come here because they feel they are being taken care of,” Brandon says. “I want them to feel that it is worth it to stop by.”

With that in mind, Brandon is studying how to expand their already varied offerings.

“One of the best feelings I get from doing this is when people tell me that they get memories from back home after trying our coffee,” he says.

So he’s started asking people what they would like to see in the coffee shop. 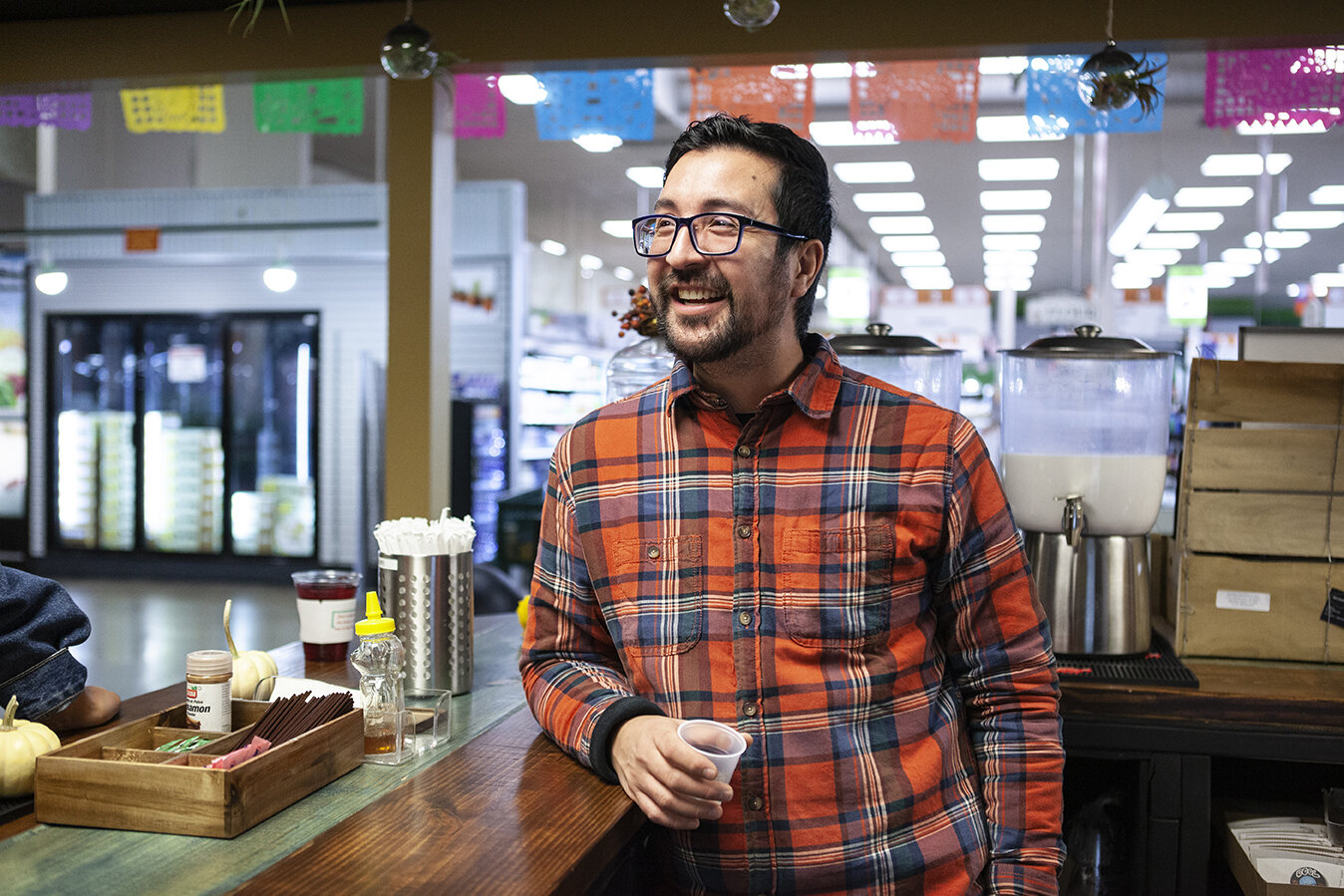 Being located in the international market has allowed them to dream of adding some really exotic choices to their menu. Matcha and baklavas are already available some days; soon they want to have yerba mate, bubble tea and Turkish coffee. “These are delicious beverages but they also are part of a culture,” says Brandon. “So we are figuring out how to offer them in a way that is appealing for people who don’t know about it, but at the same time respectful of their origin, but with our own style.”