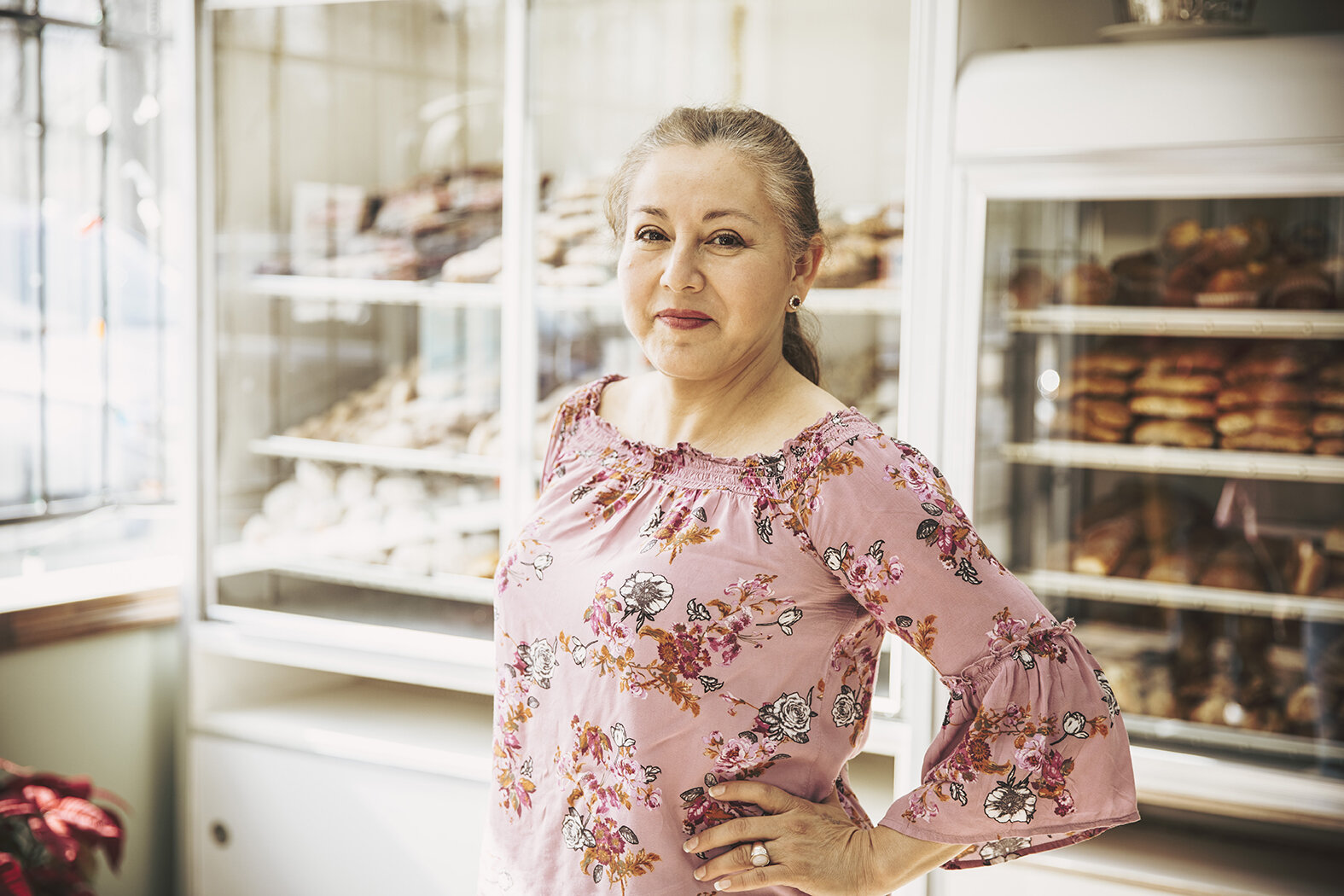 Marisela Pérez’s quotations are translated from Spanish by Alejandro Paredes.

Marisela Pérez doesn’t consider herself to be a person of many friends. Having run the most popular Mexican bakery in Memphis for the last 10 years, she’s widely known among the local Latino community. But that also has left little or no time for friendship—or, for that matter, for much of anything else. Caminos de Michoacán (The Roads to Michoacán) opens every day, including Sundays, at 7 a.m. and closes at 10 p.m.

“We open early because we supply a lot of smaller businesses, not only here in Memphis, but also in surrounding areas in Mississippi and Arkansas, which sell our buns and pastries,” Marisela says. 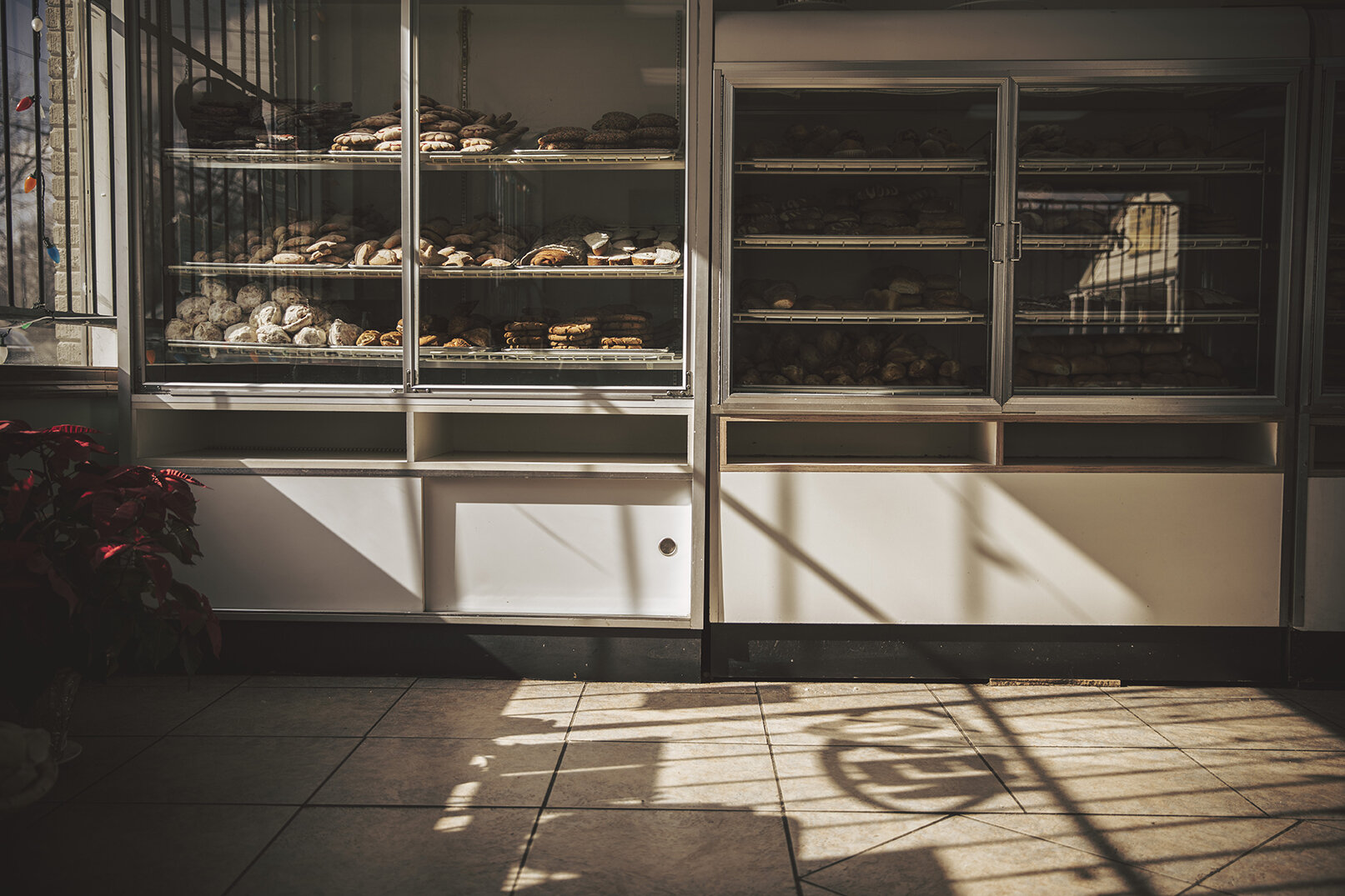 Some of these clients use Marisela’s buns to make their own tortas, and others are wholesalers themselves. Visiting Marisela’s bakery, I realize the amount of bread they produce must be huge. They have shelves and shelves full of pan dulce (the name for a variety of sweet pastries), pudín de pan (spiced bread pudding), roscas (similar to donuts), roscónes (large, ring-shaped “donuts” meant to be shared), pasteles (birthday cakes), and more. The bakers’ clock-in time is 2 a.m.

All of the bread they produce every morning is sold by the evening, so the cycle starts again, day after day, in order to keep the clientele happy. 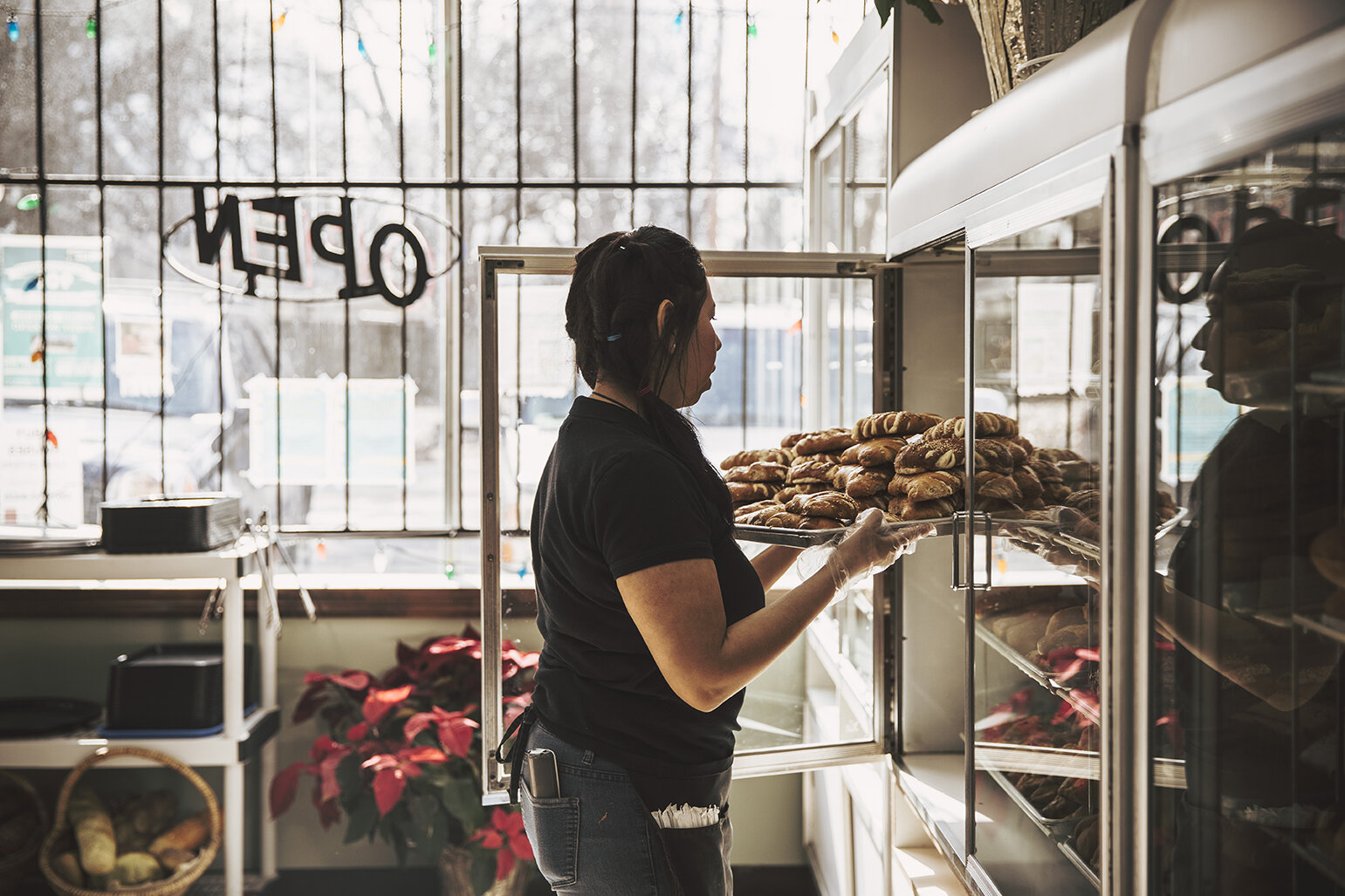 “We have a reputation for being the most expensive bakery in town, but also the best one,” Marisela says proudly.

I get two large pieces of bread pudding, two buns of pan dulce, and a large braid of fluffy, sugary bread. Not even $6! Definitely better than Panera, just a bit further down the road. 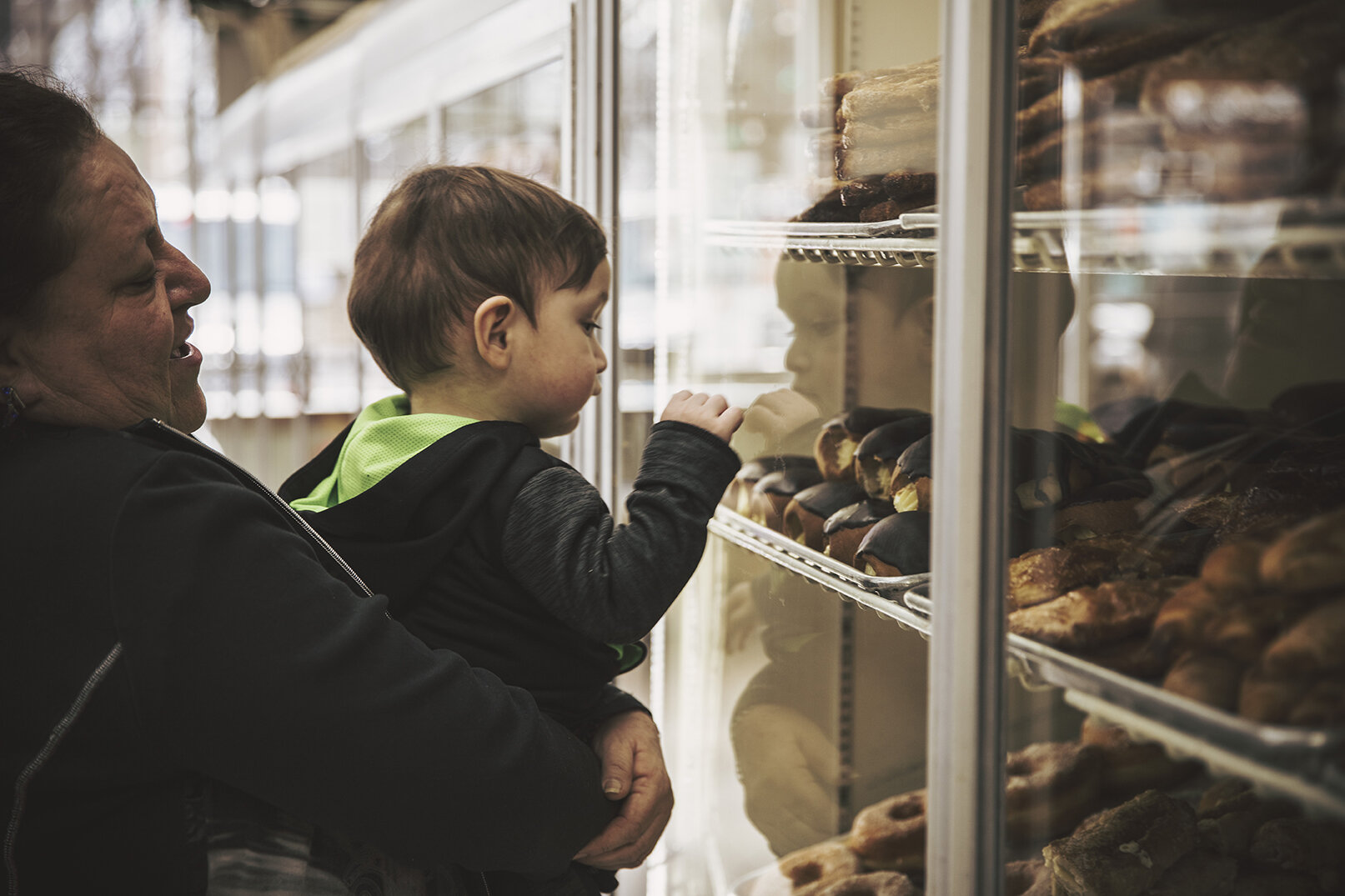 When she was a child, Marisela and her seven siblings used to help their grandfather bake bread in a small village called Estado de Mexico, between Guerrero and Michoacán. Marisela’s restaurant’s name evokes the peaceful and naïve atmosphere of her childhood in a little village halfway to the big city and far from supermarkets, restaurants, and grocery shops. There, her grandfather supplied everyone with the sweets that are central to Mexican traditions. So, for her, Día de Reyes (January 6—the day Mexican children get their Christmas toys) also meant a lot of work in her grandfather’s oven. They were in charge of supplying the village with roscónes, which are large and shared by entire families. Their sweet crust is complemented with fruits, which vary from region to region but typically include cherries, pears, and figs. Nowadays, Marisela’s roscónes are renowned and one of her more popular products.

No roscón on Día de Reyes is like no turkey on Thanksgiving. 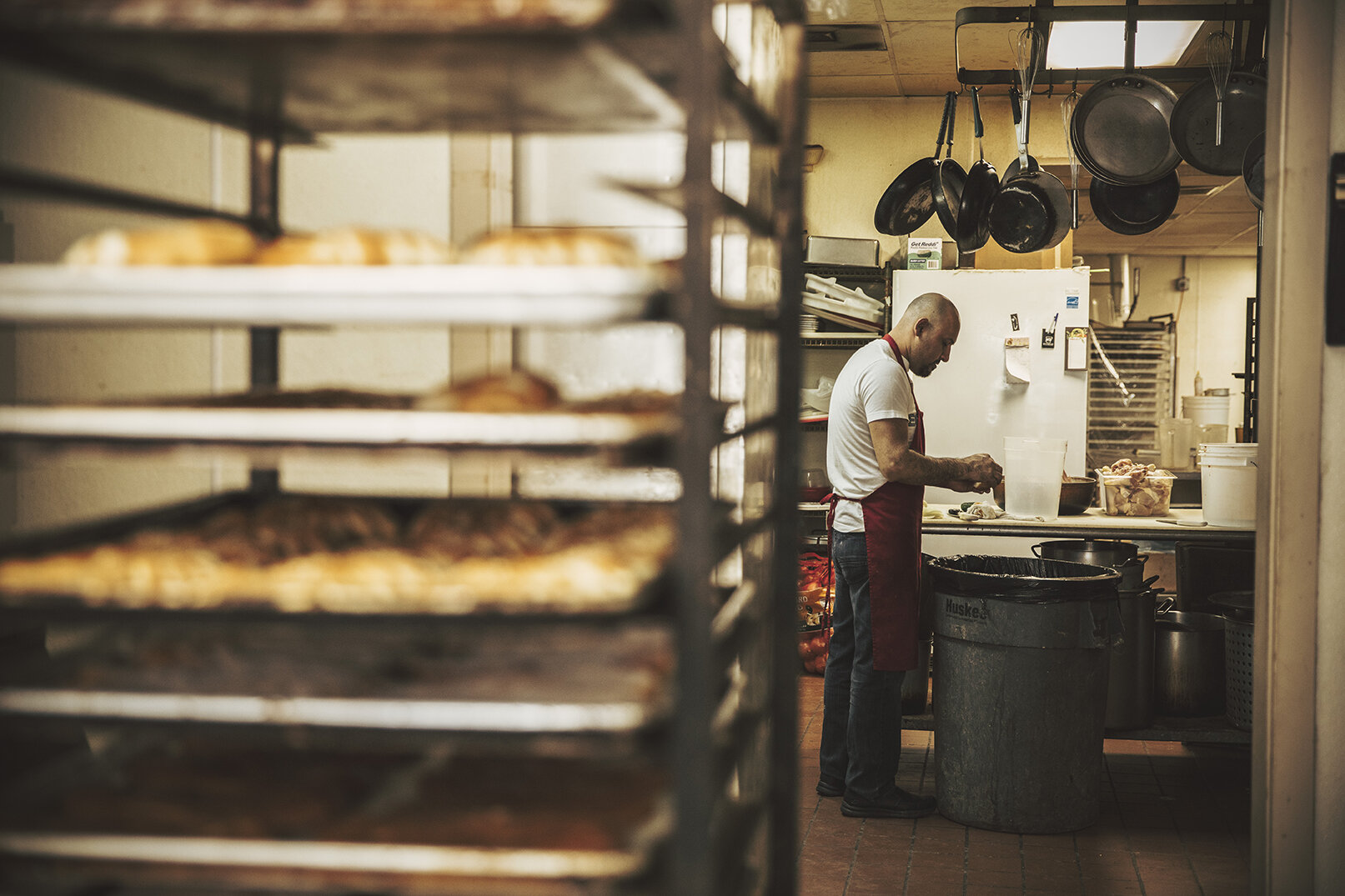 “I never thought I would end up running a bakery myself,” she confesses. “It was out of necessity.” As the oldest of eight, she started at an early age helping her single mom with duties and her grandfather with baking. He didn’t have a formal shop, but he was the one who knew the trade; it was more of a social responsibility than a business. Marisela could only complete sixth grade because she was an important part of running such a large family. She came to the United States at 23, first to Dallas. Then she married and moved to Chicago, where she and her husband ran a restaurant. In 2000 they moved away from the big city, to Memphis, after he had a stroke. They had visited cousins in Memphis and thought it would be a good fit.

They started Caminos de Michoacán as a taqueria on Raleigh LaGrange Road. When they divorced in 2009, Marisela moved Caminos de Michoacán to its current location and added the bakery. “I had grown up around bread so it was natural that I incorporated something that I was really familiar with into the business,” she says.

Nowadays two of her brothers run the bakery with a friend. “They are the ones who come here every morning at 2 a.m.,” she says. They rest from the grueling schedule only when the weather is warm and the demand for pan dulce lowers.

All of her siblings have worked at the restaurant with her. She feels really proud of it because she was the first one to come to the United States and has spearheaded a better quality of life for all of them. Her two daughters, however, only help in the restaurant when needed. Both are successful on their own, one working for International Paper and the other as a makeup artist. 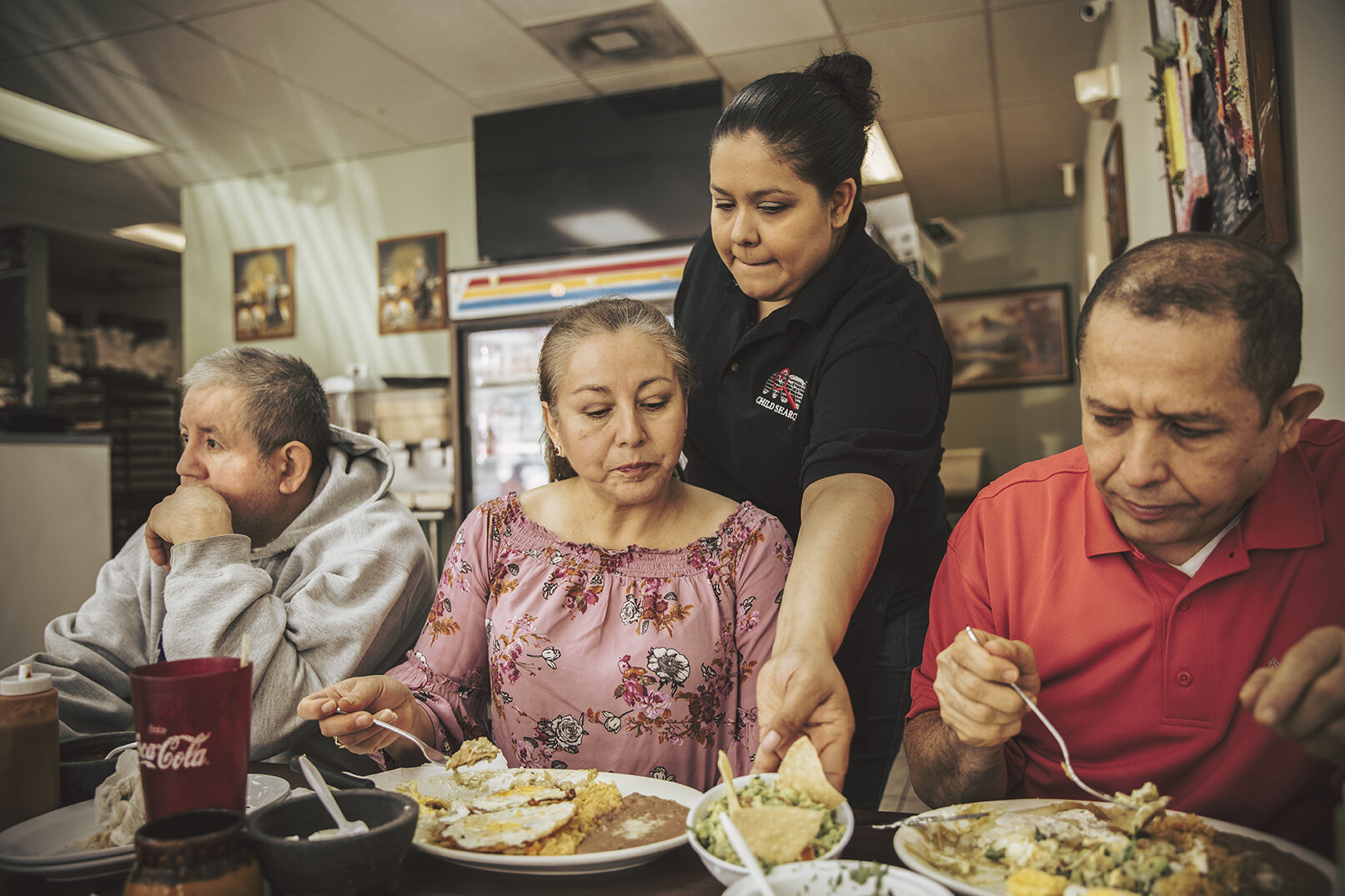 “When you work this hard, family is important.”

“I may not have a lot of friends, but I have a large family and we spend time together, even if only working. This is a family business for real,” she says with a big smile. “Last time we got all together, taking into account all the cousins, their spouses, and kids, there were around 80 of us. We did it here, at the restaurant, one of the rare times that we were closed to the public.” 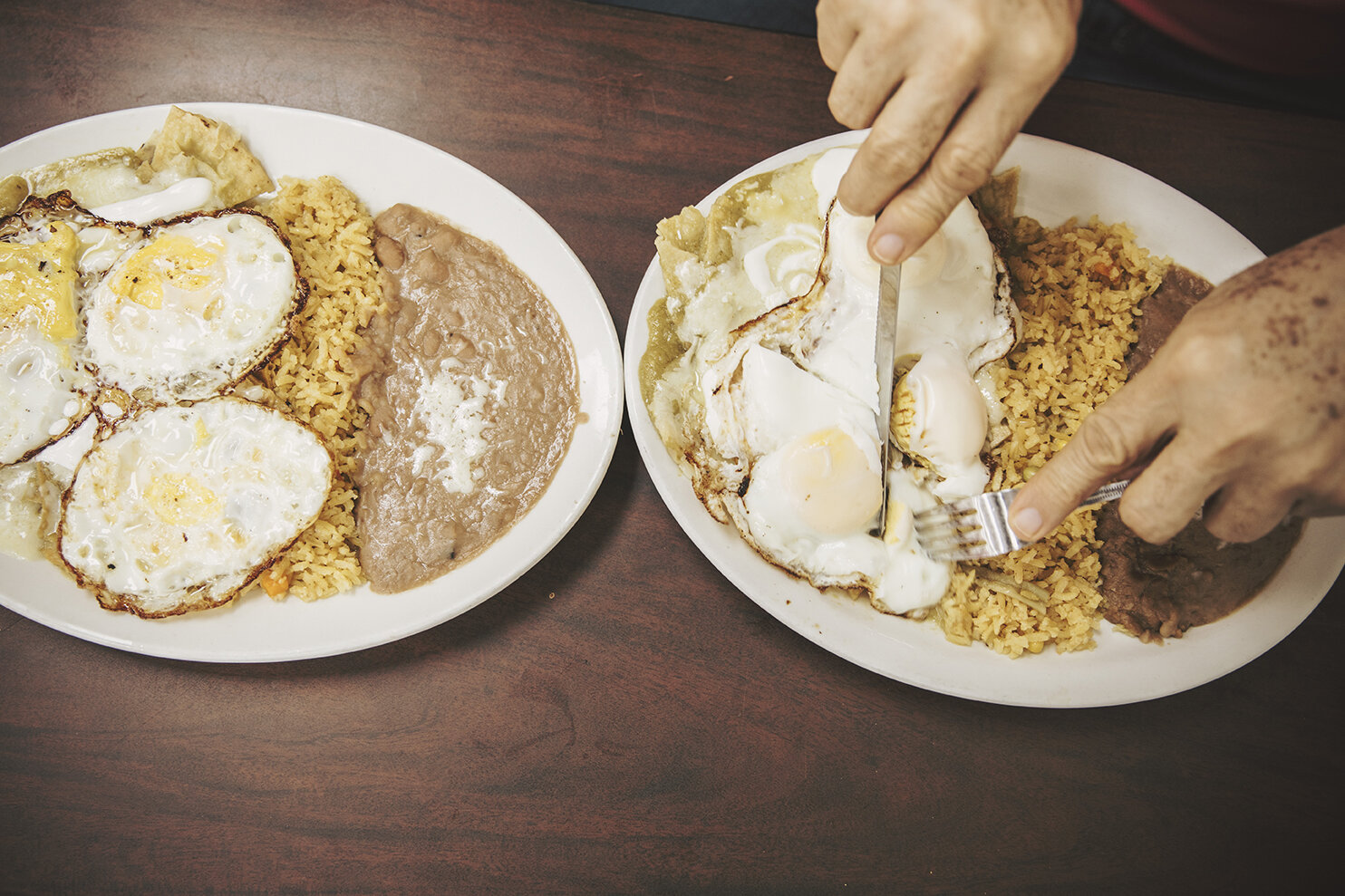 Caminos de Michoacán is also a taquería, so you can find typical Mexican dishes. (For breakfast they serve chilaquiles, made out of homemade tortillas.) One dish that you won’t find anywhere else is the codorniz en salsa (Cornish game hen in salsa). This beautiful piece of poultry is served deep fried and tossed in your choice of salsa. For the faint of heart, I recommend the Mexican salsa. If you’re into really hot spice, you have to try the chile de árbol salsa, which even some Mexicans find to be a bit too much for them.

Marisela exudes the energy of an accomplished woman. 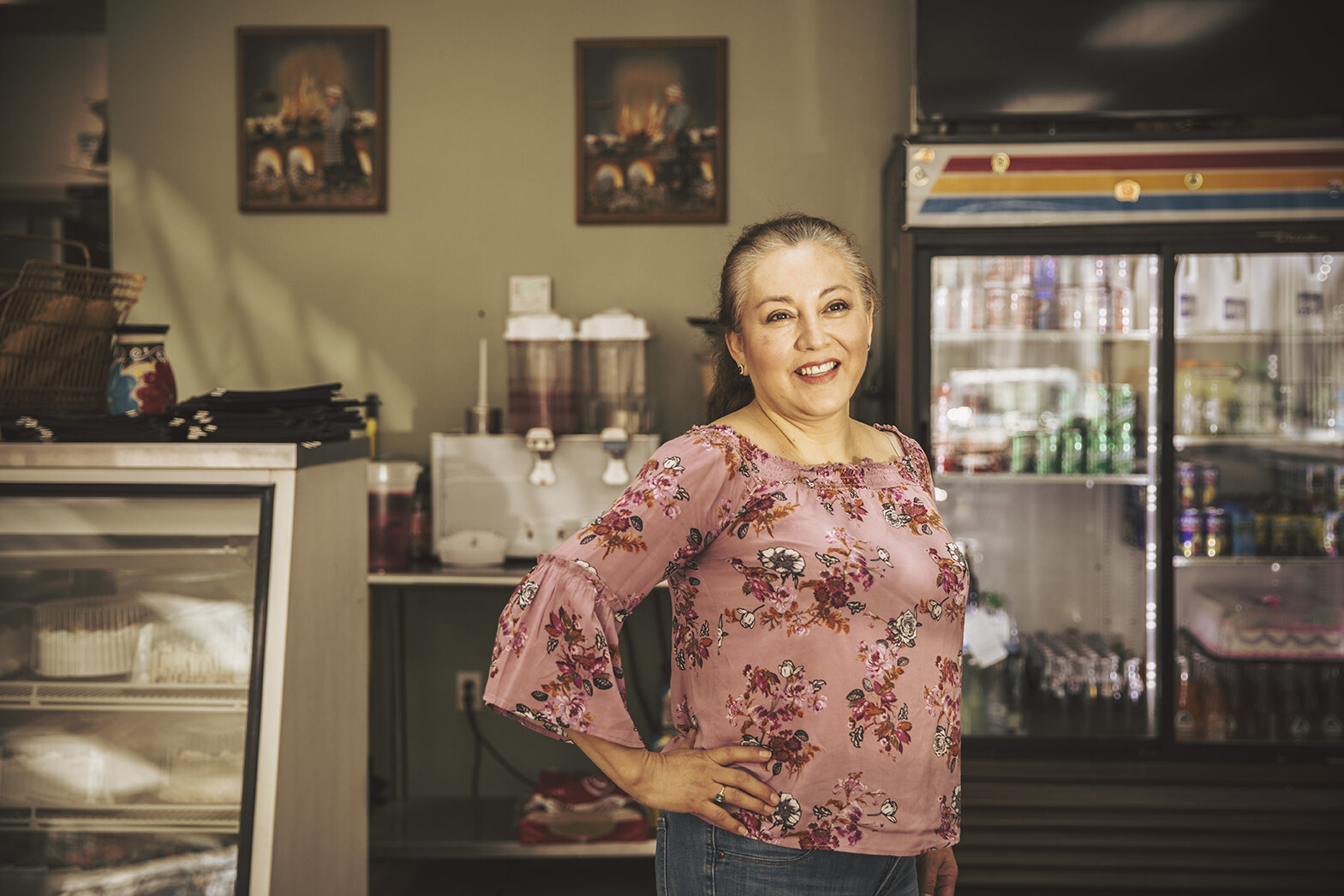 Thirty years of hard work in the United States don’t seem to have taken a toll on her smile and smooth manners. But she thinks she’ll soon be ready to slow down.

“I think three or four more years working at this pace will be enough for me. Then I would like to spend more time with my grandkids and let someone else in the family run the business. We have helped each other to make it this far, and I think I am ready to be only a founding advisor,” she laughs.

Alejandro Paredes is an audiovisual journalist and producer. In 2014 he visited Memphis for the first time and fell in love with the city. He has been involved in many initiatives to promote Latino culture, such as Cazateatro Bilingual Theatre Group, Ruta Memphis, and New Mix FM. @panarkista

Andrea Morales is a producer with the Southern Documentary Project at the University of Mississippi. She’s Peruvian-born, Miami-bred, and Memphis-based. After years of existing in spaces heavy with the constructs of socioeconomic binaries, her work moves with the hope of observing the things in between. @_andrea_morales

Food in the Time of Corona