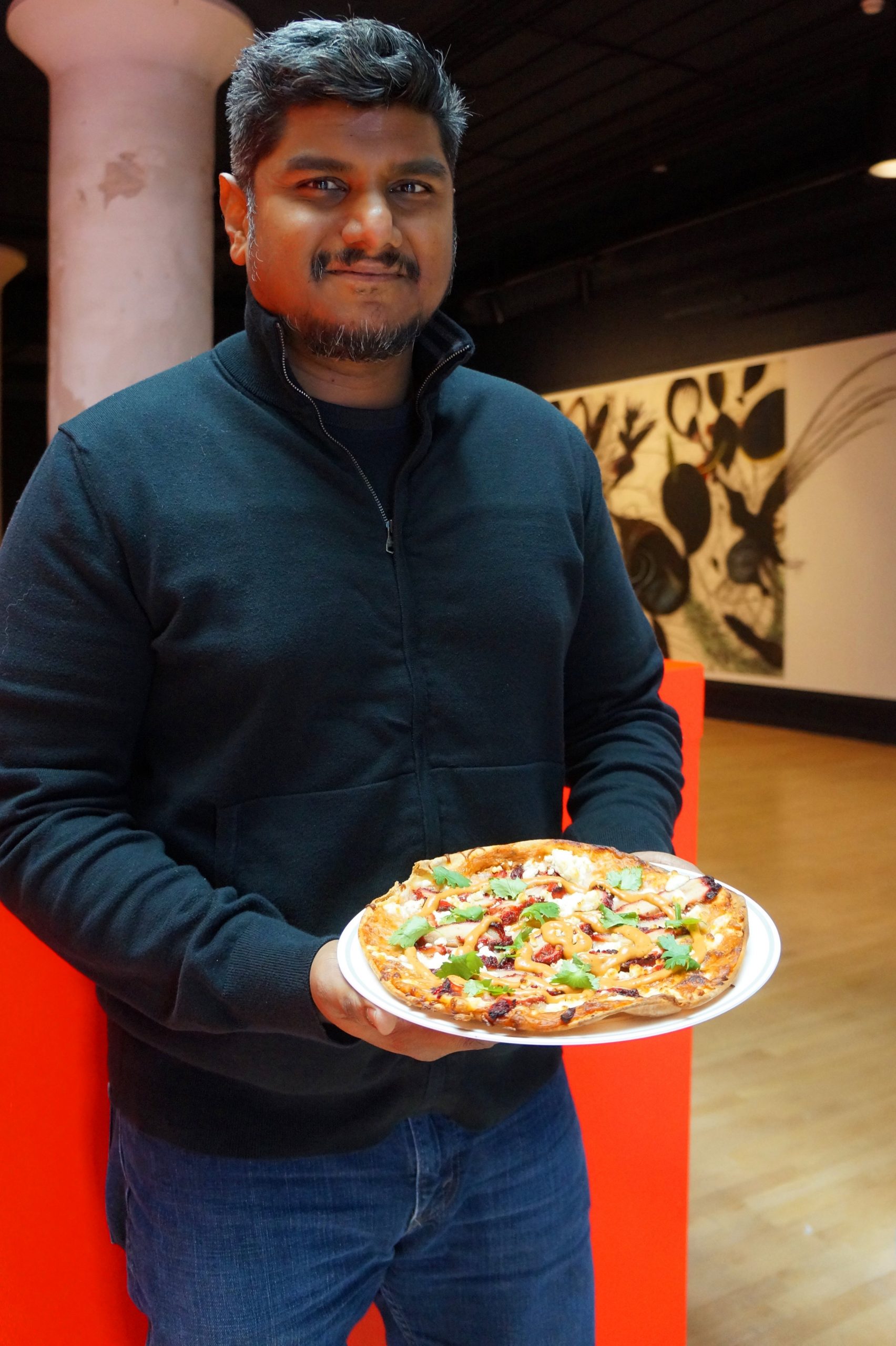 “Pop-up” food experiences are, yes, popping up all over, making them one of the fastest growing trends in the food and drink industry.

Yet, as always, Memphis has her own way of making things unique for those who live, work and create here. We talked to local chefs embracing the pop-up to find out more about them and their unique takes on this trend. First up is Chef Kunal Jadhav, 42, who has been hosting Indian pizza pop-ups at The Cove on Broad Avenue since May 2017. His menu consists of Indian-inspired pizzas and nachos. 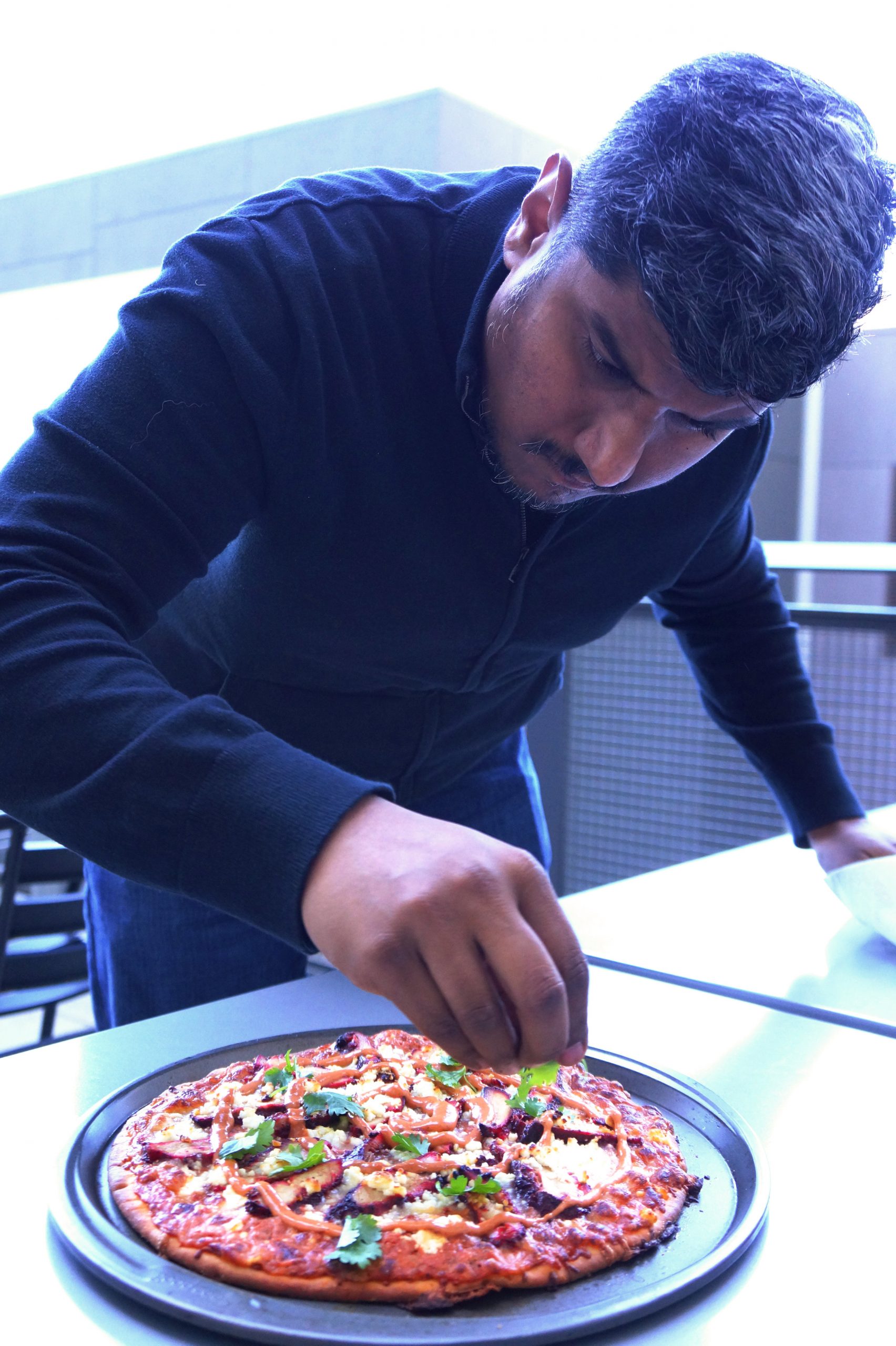 Edible Memphis: How did you develop the idea for your pop-up?

Chef Kunal Jadhav: I grew up loving food, and also loving dogs. We always had dogs in the house because my uncle rescued dogs. After seeing how much poverty is in Memphis and how it also affects animals, I wanted to move from empathy to action. I needed an avenue. I was already a regular at The Cove—it is a very special place to me. One day, I just made a pizza and took it in. After Lucky Cat Ramen stopped doing their regular Sunday pop-ups in order to open their own restaurant, The Cove offered me the time slot and the kitchen.

I said yes on one condition—that all of the money go to animals.

The owner, Mary Tanner, also loves animals so it was very easy. I began with two pizzas—a butter chicken pizza with tandoori chicken and a saag paneer pizza with homemade ricotta cheese. 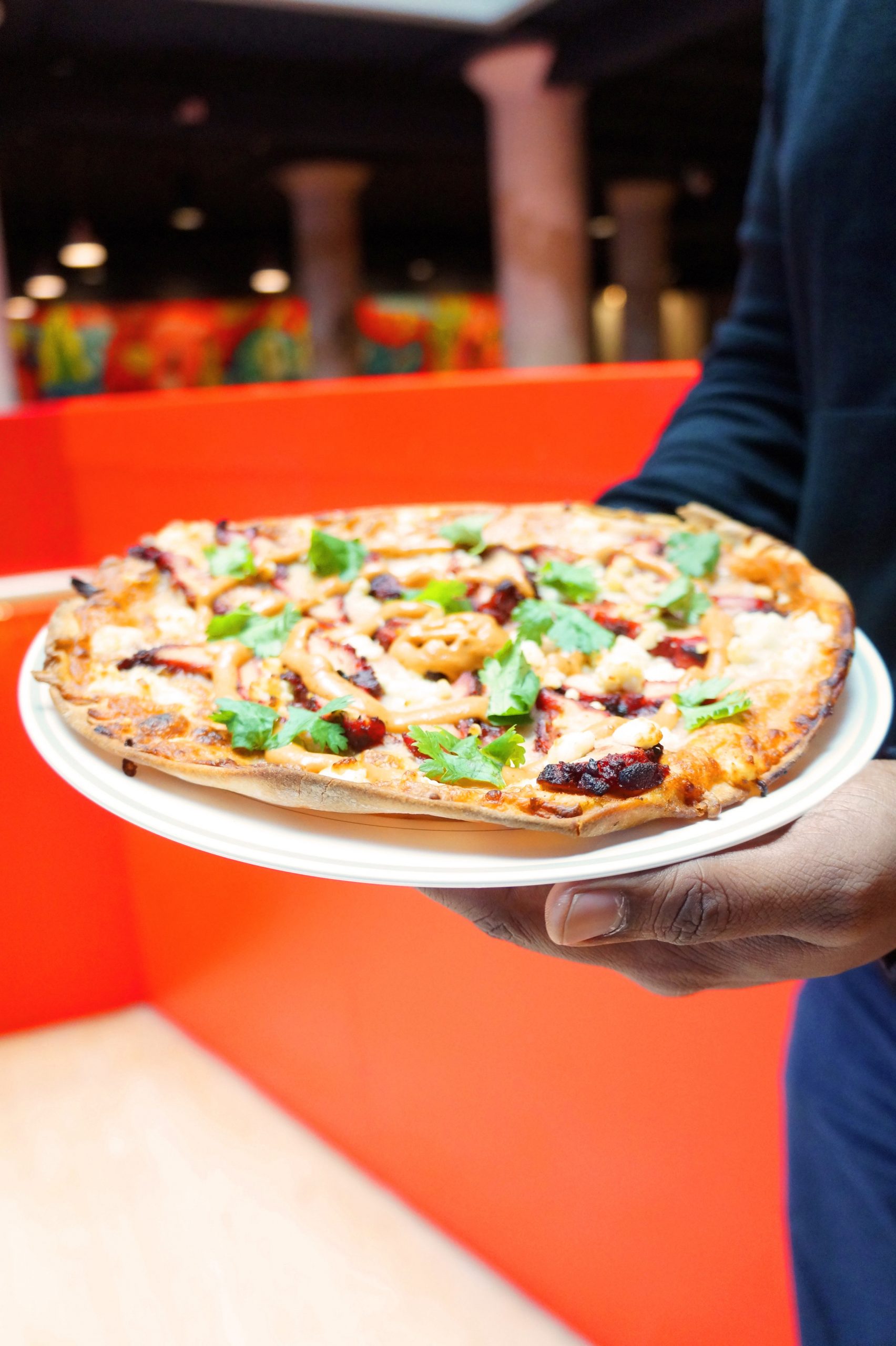 EM: What goes into planning a pop-up?

Kunal: I look for an easy, relaxed vibe, a dog-friendly atmosphere and fantastic cocktails. Since all of this already exists at The Cove, it is pretty much my permanent spot, though I have done other pop-ups at other locations. My first order of business is partnering with a dog or cat rescue group. The next step is securing a venue and understanding what the kitchen space offers. Since I have one steady spot, I pretty much know what I need to work with. Then we decide on the menu. (While I keep mine standard, I throw in a new dish once in a while.) Then comes the social media management which involves a Facebook event and sharing the event. We also print flyers that talk about the dog rescue and the food.

The pop-up is essentially like a restaurant on that day, and we seat and feed whoever comes to the event. All of the food orders are placed directly with the rescue group volunteers, who accept cash or credit cards so that all proceeds go to them.

We do these events once a month, usually on the second Sunday. 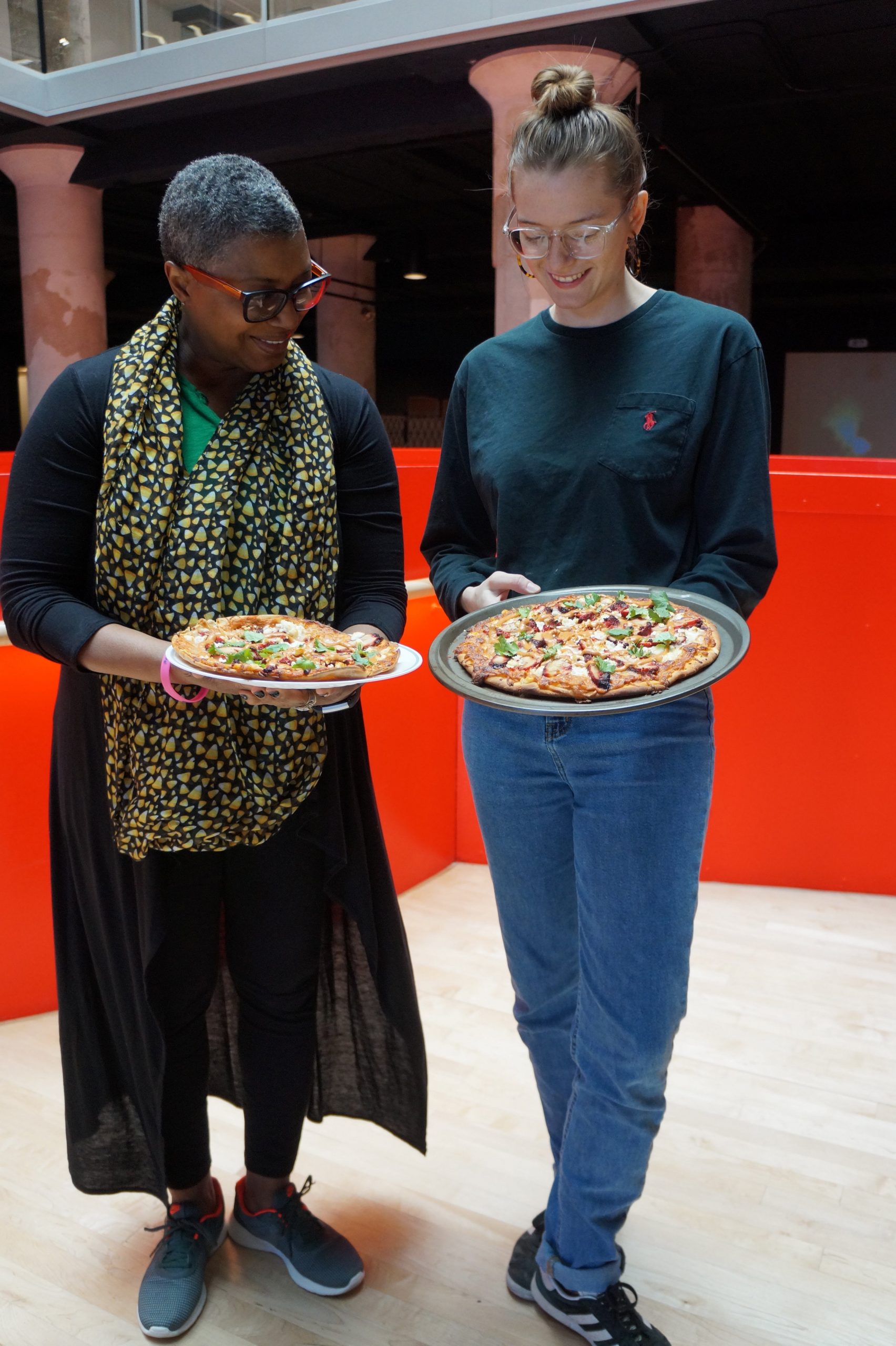 EM: What are the benefits of doing pop-ups? Do you aspire to have your own restaurant?

Kunal: As someone who has a full time job at FedEx, this is what works for me.

This isn’t about earning extra income—it is a charity event.

The pop-up concept offers an opportunity for home cooks like me to invest some free time into a passion. It requires you put out exceptional food at restaurant quality, and for a space to believe in what you can do. Mary had that trust and offered me the kitchen. I’m forever grateful, and so are the animal rescue groups who have benefitted. Someday perhaps I would like my own restaurant, but that’s far, far away. 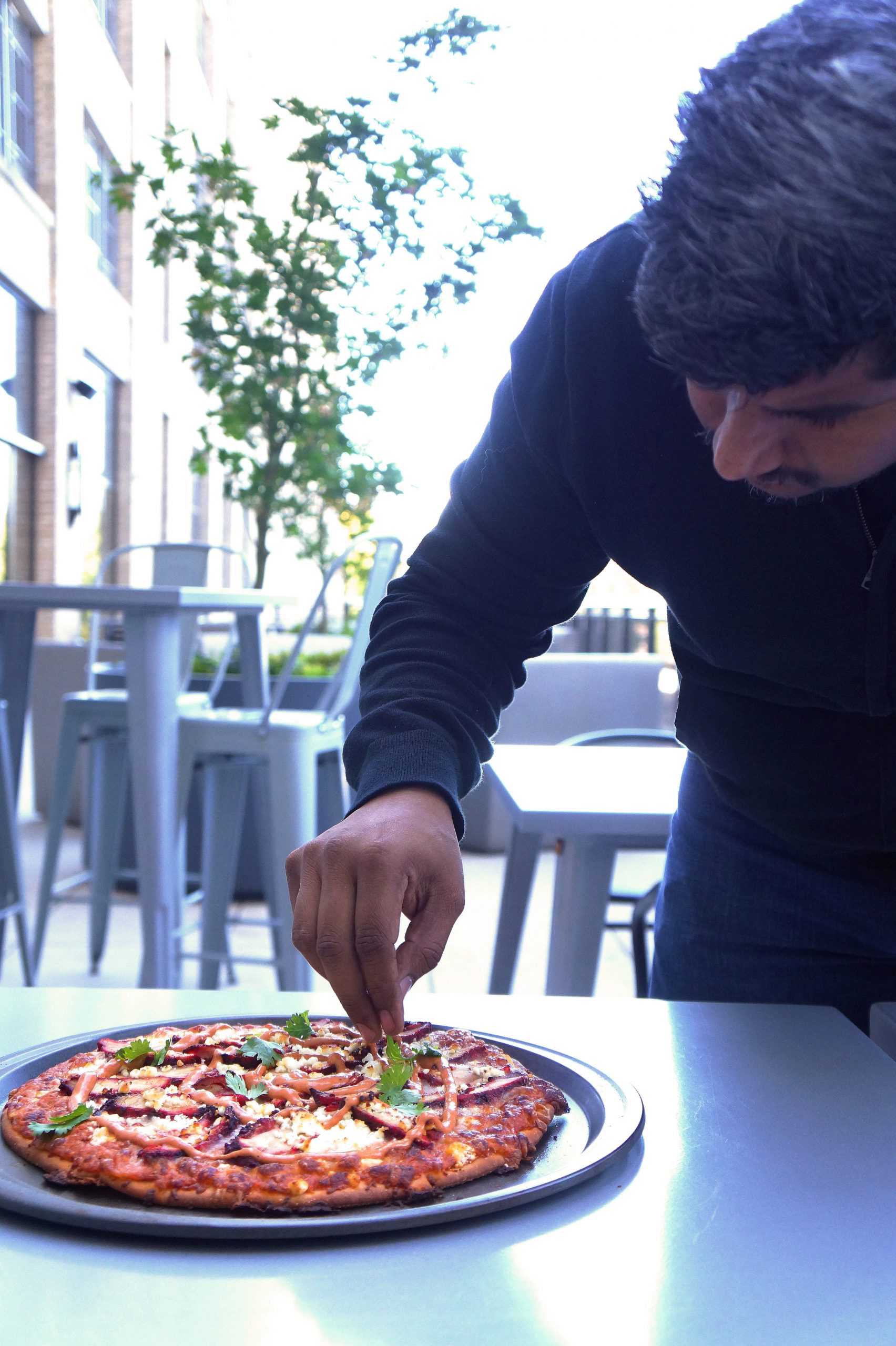 EM: What would you say to aspiring chefs/home cooks who want to take that next step?

Kunal: Engage with like-minded people and chefs. I had the opportunity to work with my friend Chef Russell Casey from Bounty on Broad. After trying food at my pop-up, he had faith in letting me cook a special Mother’s Day dinner with him, and then, as a result, added my eggplant lasagna to the Bounty menu. 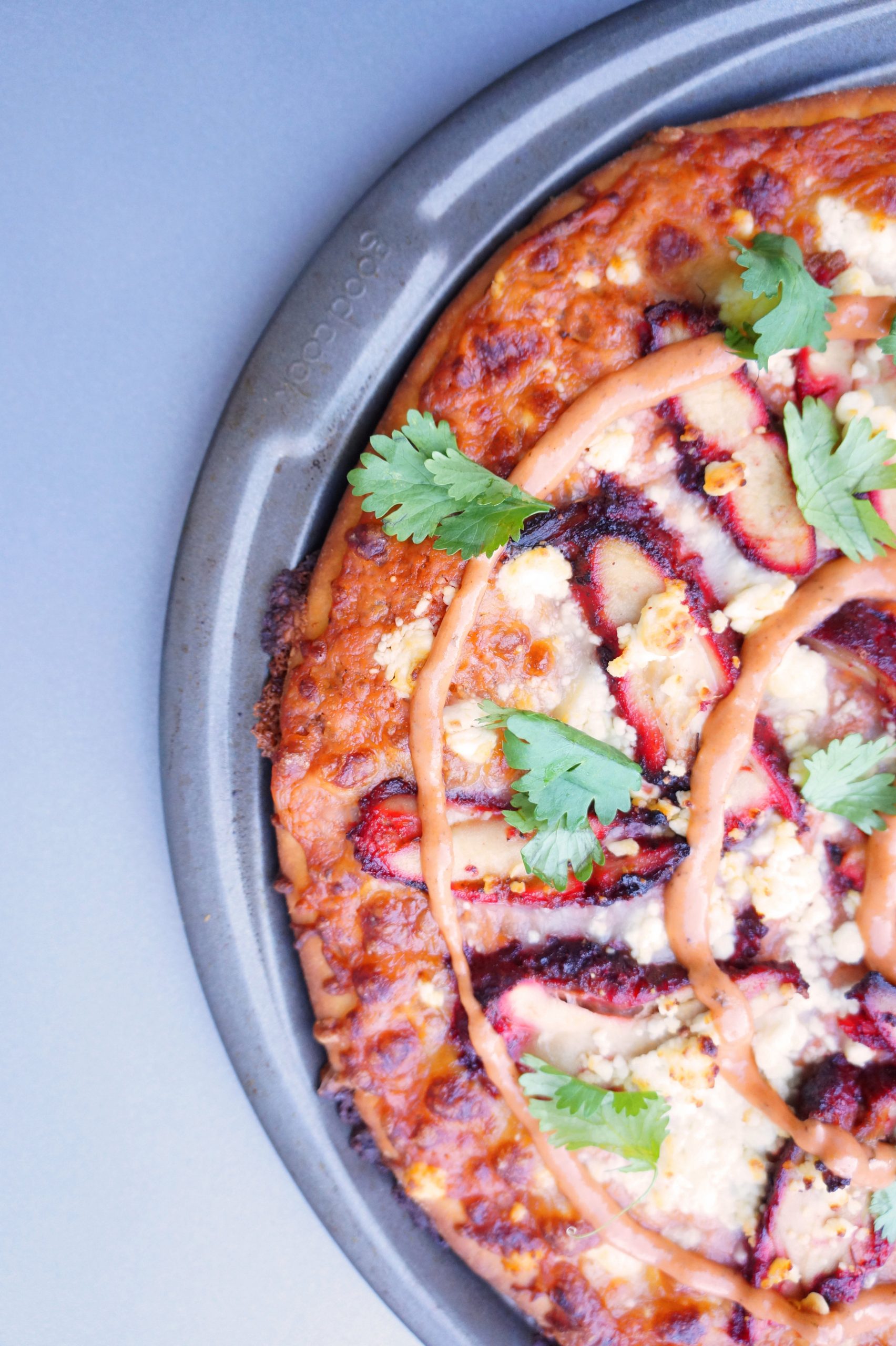 EM: How have you been able to merge the elements of home (India) into your pop-ups?

Kunal: The biggest thing is the ethic. If I serve you a plate, it has to be the best plate ever.

Indian food is all about creating harmony in the spices.

All Indian spices were created by doctors. Doctors began looking at spices and their natural healing abilities and then adding them to foods. The South, especially Memphis, has the same ethos as India. There are probably more spices in the food in the South than in India. Take barbecue sauce—a really good barbecue sauce probably has 10 to 15 spices. That’s why I found it so easy to travel from India to Memphis because the concept was the same, the philosophy was the same.

Southerners want to feed you well and feed you with whatever they have. 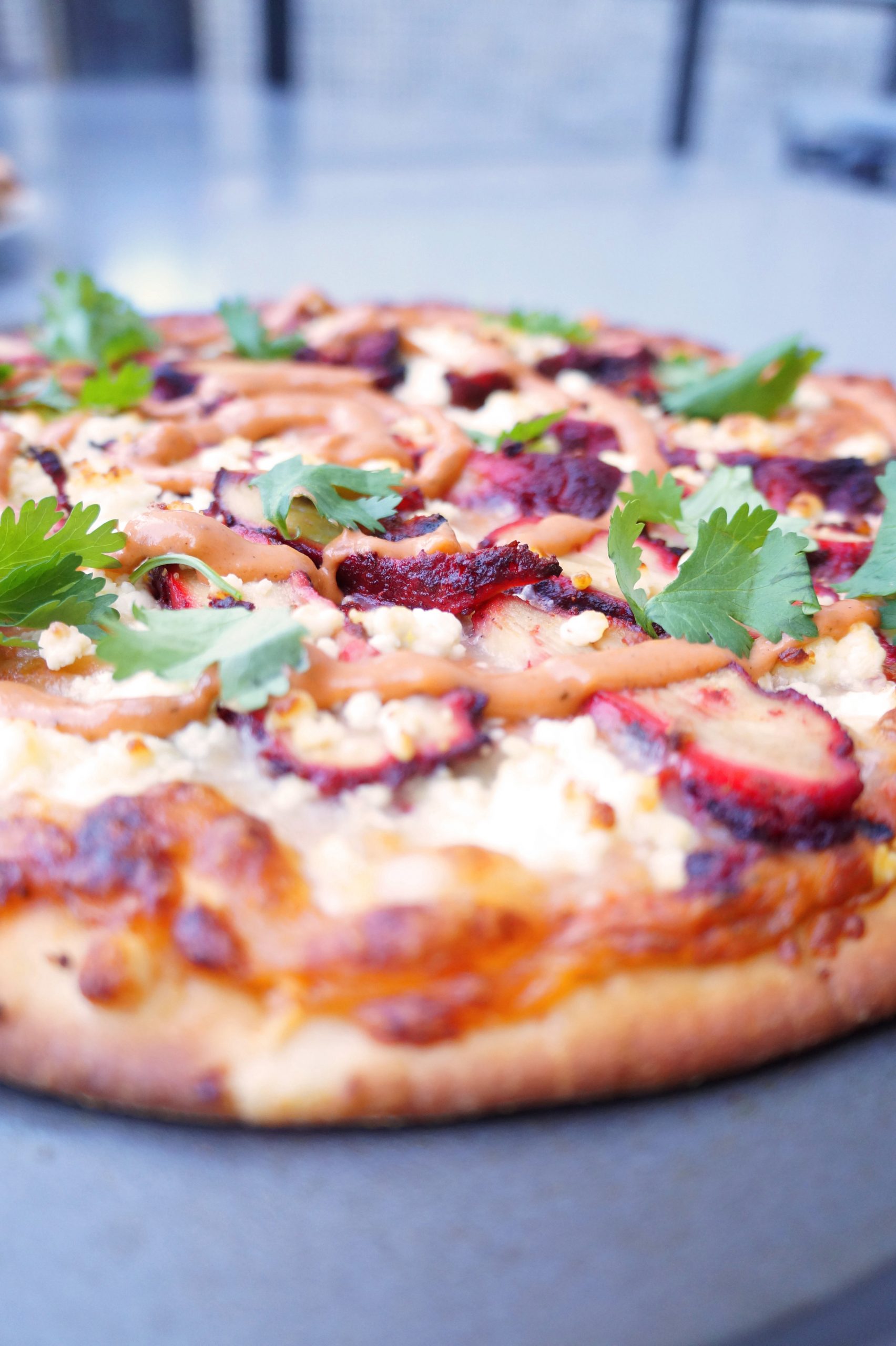 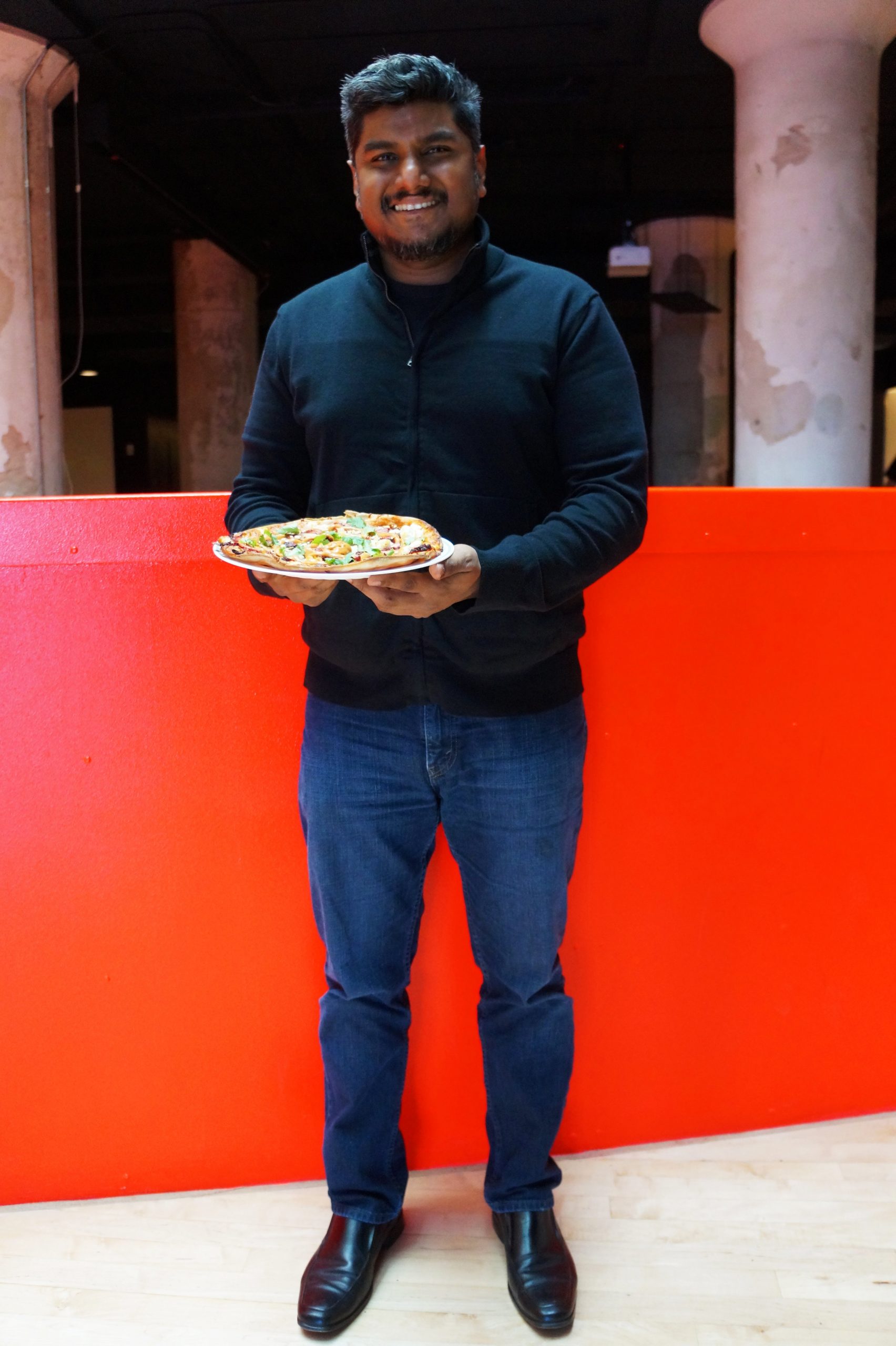 EM: What’s next for you?

Andrea Fenise is the owner and creative director of AFLD Creative Agency, a multidisciplinary creative agency. She is a lover of great design, fashion and graphic, and enjoys sharing her obsession of food with her husband and daughter. Follow her local food tasting tours and candids on IG @andreafenise. www.andreafenise.com

A Life of Beekeeping