0 0
How to get your coffee soda fix in Memphis 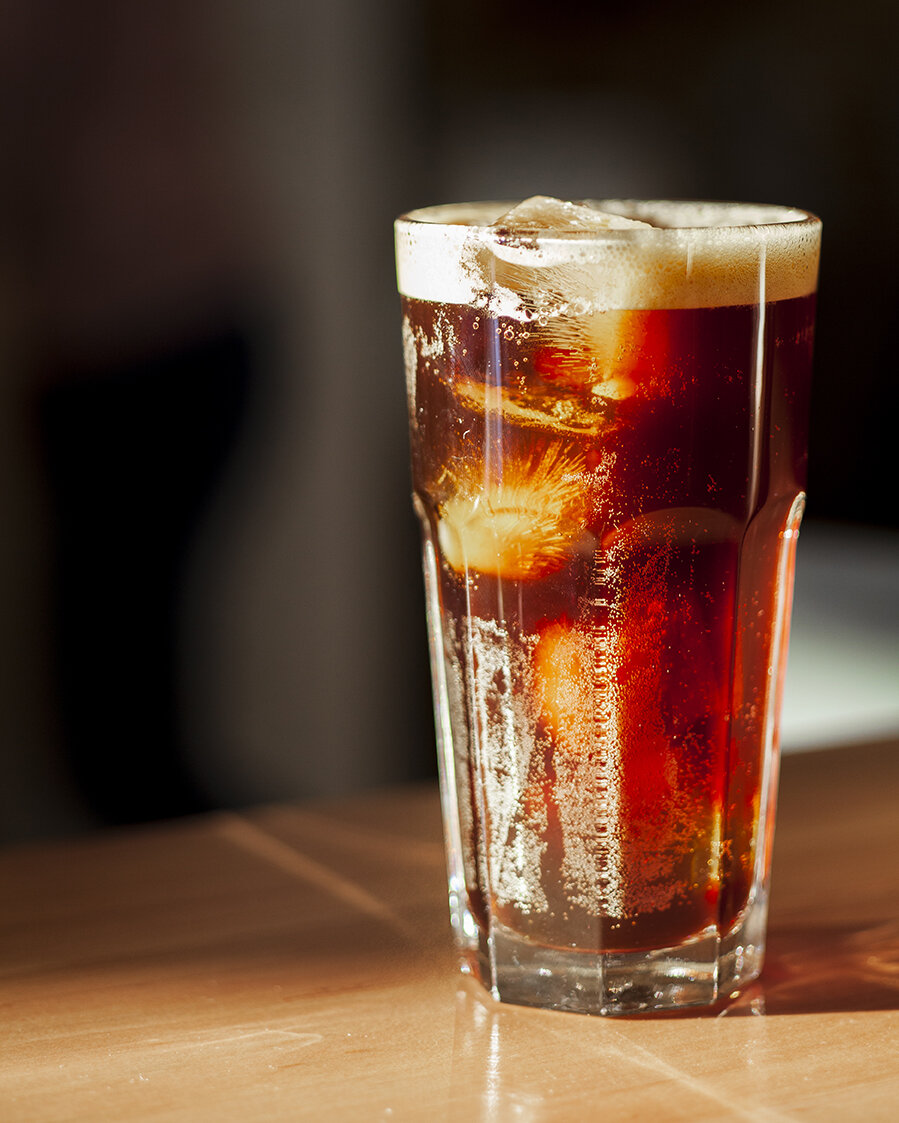 Several years ago I ditched Diet Coke in favor of cold brew in the morning and La Croix in the afternoon. Then I started adding plain soda water to coffee concentrate, and it was like magic—coffee and bubbles together! Now I can get premium carbonated coffee in specialty coffee shops and, even better, coffee soda when I want a little sugar boost. My obsession has made me a bit of an expert on the history of coffee soda in Memphis and taught me all of the best ways and places to get it.

My introduction to carbonated coffee was at City & State. Owner Lisa Toro was using a soda stream to carbonate cold brew in small batches to use in specialty drinks.

Somewhere along the way, she let me try it black, and I was hooked.

However, like so many other coffee drinks, it was seasonal. (There was a brief but beautiful moment in time when their sister restaurant, The Liquor Store, had it on tap.) City & State now stocks canned Matchless Coffee Soda from Nashville year round. Served on ice with an orange peel, this delightfully fizzy treat is subtly flavored with orange and slightly sweet. It’s made from coffee from Nashville’s own Steadfast Coffee Roasters and is very drinkable. Like, put-Coke-out-of-business drinkable. There’s only one catch—it’s 150 calories per can.

Note: We have our own locally canned coffee, and it’s quite tasty, but not carbonated. Wiseacre Brewing is all about the beer, but they can a Metropolis Coffee (from Chicago) cold brew too. The Wiseacre folks worked on the blend for about a year and a half and finally decided on a Brazilian (70 percent) and Guatemalan (30 percent). It is only available for sale in the taproom for now, but there are plans to distribute in stores.

Another coffee/beer collaboration is happening at Edge Alley, which shares a space with High Cotton Brewing.

Edge Alley’s carbonated coffee (a.k.a. unsweetened magic) is for purists and is my absolute go-to.

First they roast the beans, then they make a cold brew, and finally they use the High Cotton’s equipment to carbonate it. Edge Alley owner Tim Barker says that the roast is typically a natural process Brazil but that occasionally they’ll add a bit of Colombia if they need to boost the acid balance. It needs no sugar or creamer. One icy cup will get you jazzed. Two is too much. The carbonation is so perfect that it can withstand overnight refrigeration. I dream of the day when this is canned, but for now the bulk option is to fill a growler. 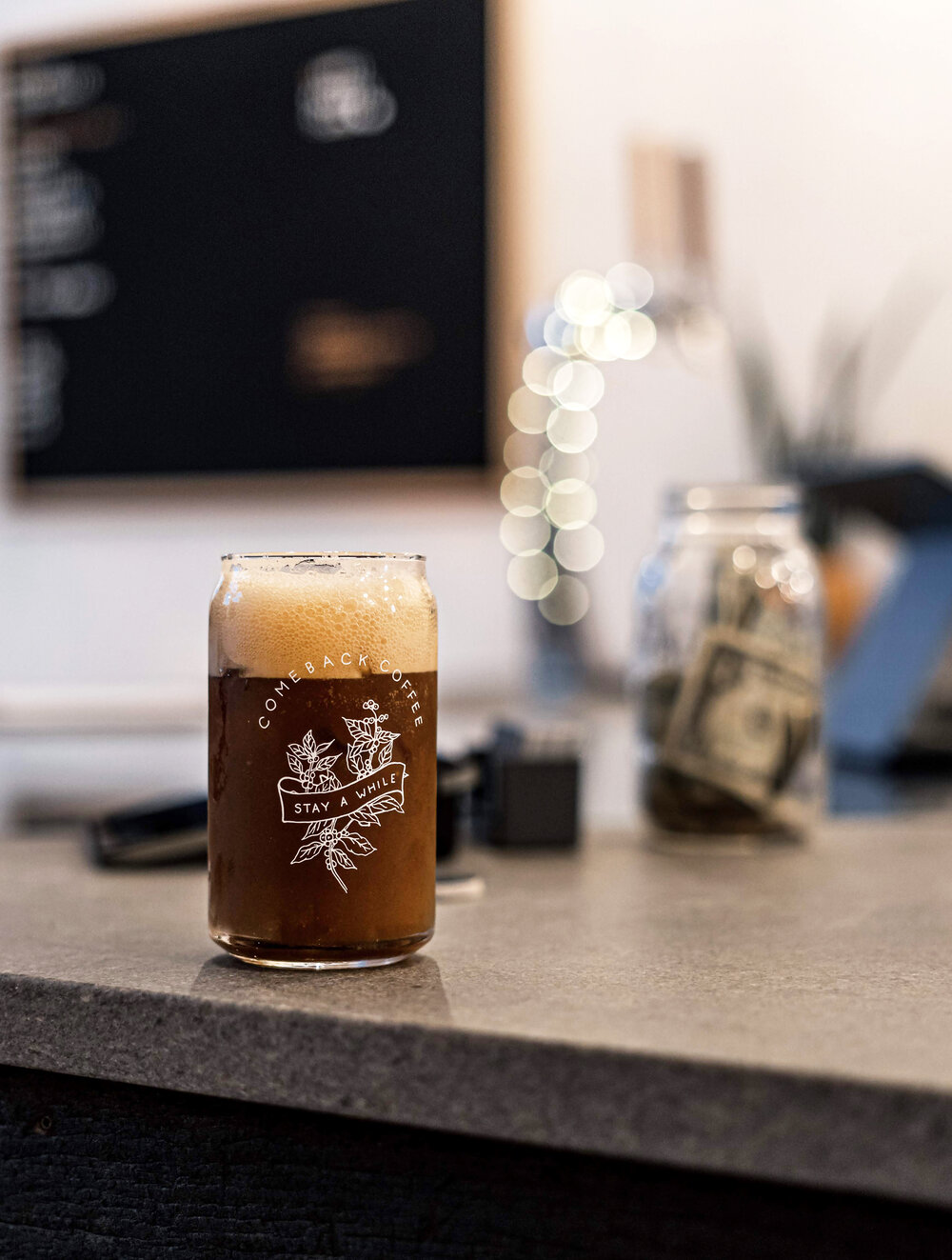 Comeback Coffee opened in March with a fruity coffee soda that put coffee soda on the radar of many coffee drinkers. Owner Hayes McPherson explained that they rotate the coffee based upon what’s available seasonally. After September’s Cold Brew Throwdown, they updated their seasonal draft with their first place Orange Vanilla Cream Soda. They create their own syrup by juicing fresh oranges and combining the juice with their homemade vanilla simple syrup. Then they add flash-chilled coffee and carbonate it in house. (Flash chill is essentially brewing hot coffee over ice. This helps retain the flavor profile of the coffee and is fresher than typical cold brew.) They pull it on tap in the shop and top with oat milk. It’s delicious. But just remember that, if you’re counting your calories, they add up fast with the simple syrup and oat milk.

Over the summer, I discovered that Vice & Virtue was offering a grapefruit coffee tonic at the Cooper-Young Community Farmers Market. They switched to hot coffee for the winter market, but you can definitely make this one at home. Make some Vice & Virtue cold brew; then add a splash of tonic water (about 12 calories per ounce) and a squeeze of fresh grapefruit juice. So simple and so good. (The Vice & Virtue shop inside Arrive hotel has a barrel-aged bourbon latte on tap; it’s creamy rather than carbonated, but still in the delicious category.) 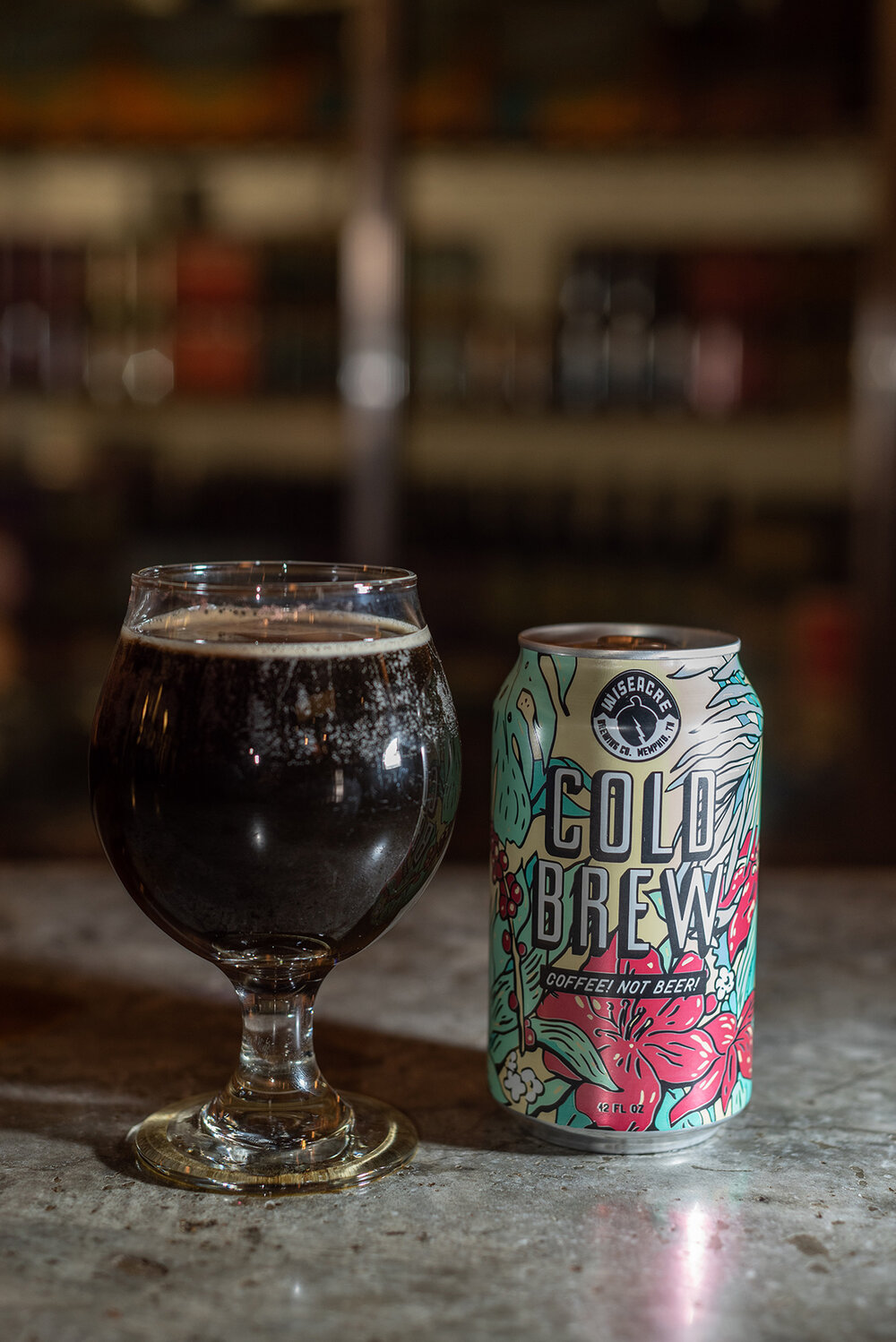 For those who are wary of developing a $5 a day coffee soda habit, here are a couple of other economical ways to enjoy this treat at home: Buy a bottle of Dr. Bean’s cold brew concentrate from the Puck Food Hall and add Topo Chico, or buy some French Truck concentrate at Whole Foods and add some regular La Croix to it. Better yet, put Wiseacre’s canned cold brew in your SodaStream.

Make your own bubbles

Tim Barker is the chef and proprietor of both Edge Alley and the newly opened MidPointe from Edge Alley. With over 25 years in the hospitality business, Tim and his team strive to create experiences, not simply restaurants. He would never put his feet on your banquette, so don’t put your feet on his. @timabarker

Zan and the Work of Boycotting Coffee

The Intersection of Coffee and Booze