Come once for the catfish, come back for the community 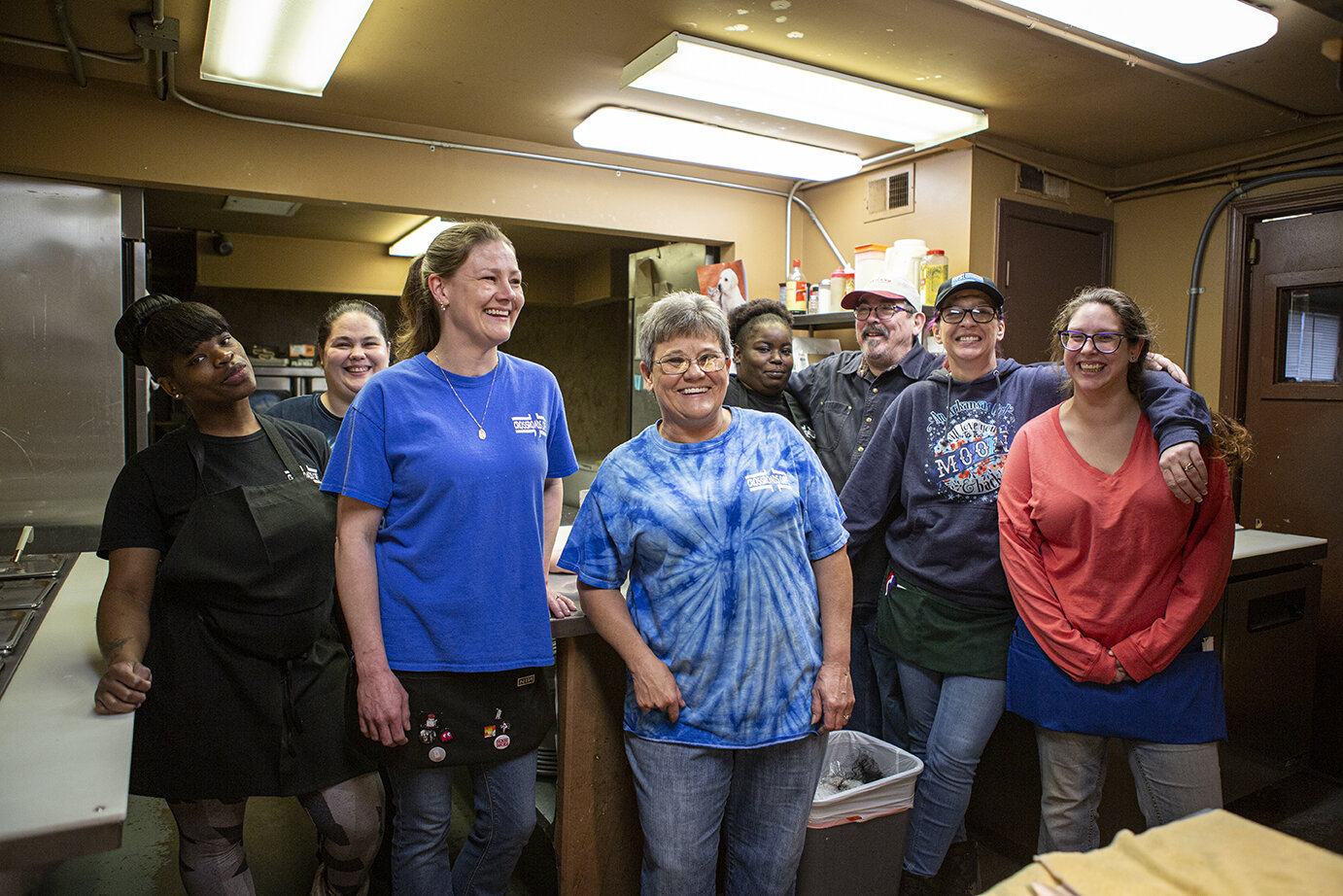 Did you know that catfish exhibit a trait called indeterminate growth?

All fish do, along with snakes, kangaroos, alligators and various other creatures, which means that, as long as they’re alive, they keep growing. This is not the same as folks who exclaim, after a long time parted, that I must have grown during the absence—they tend to forget that, yes, I am really this tall. But my skin crawls at the thought that somewhere out there, a millennia-old anaconda slithers in a dank cave, awaiting its next prey with the combined wisdom and ire of old age. 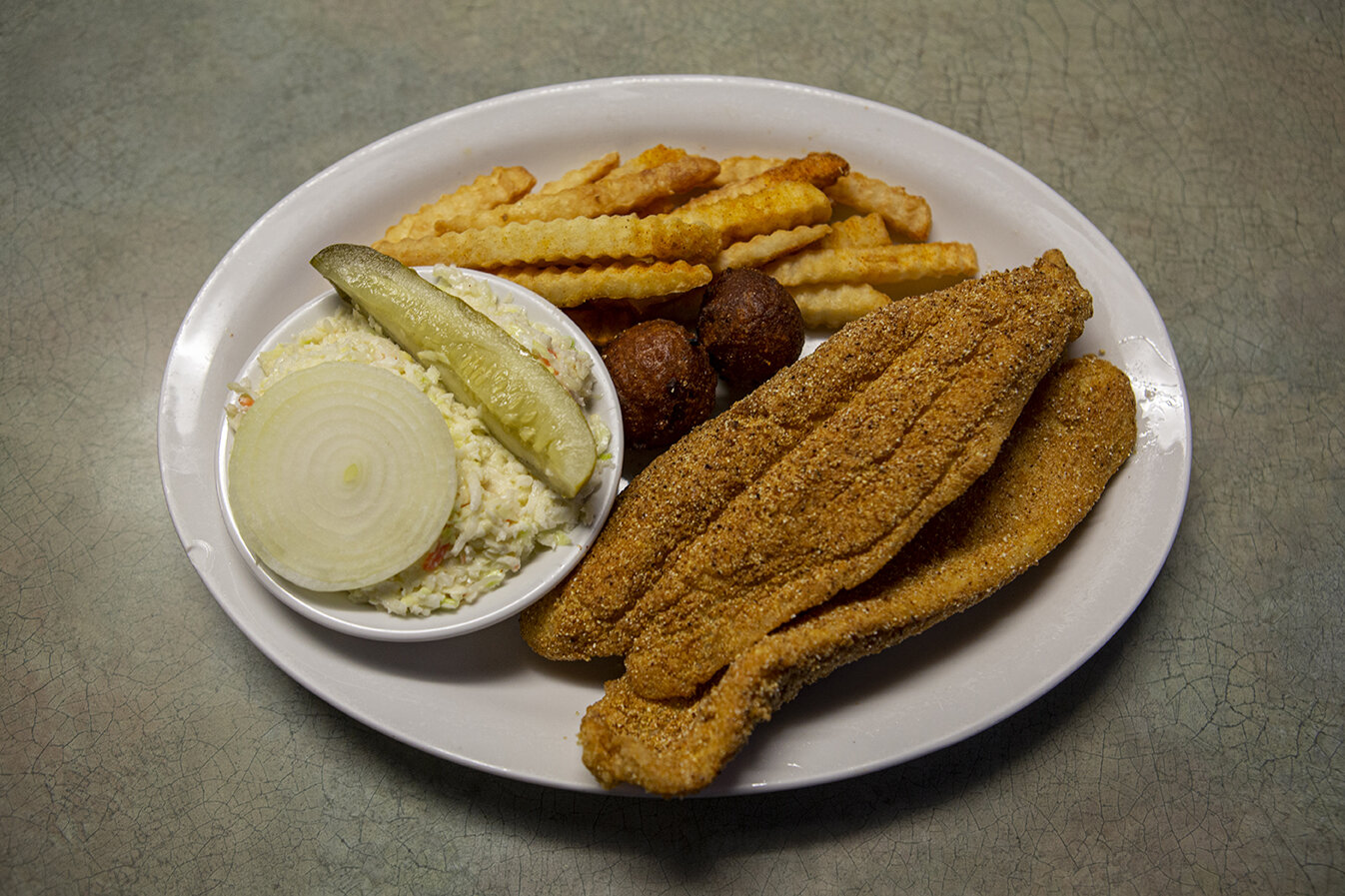 The catfish on my plate at the Crossroads Cafe in West Memphis made me think of those shows where people go out to find these nearly prehistoric catfish, asleep in the muddy banks of some lake ever since the glaciers scooped out the land eons ago. A brave and foolish sort of human goes forth in a sport called “noodling,” a whimsical word for a terrifying game in which their very arms become the bait for a slimy presence of terrible hunger and consuming wrath.

OK. My catfish wasn’t actually noodling-level big, and it was fried to such a state of crispy-tender perfection, so irresistibly flaky, that my inner nightmare ended immediately; still, there was enough to take home half of it in a to-go box. I squeezed a puddle of the hot sauce, a proprietary blend that tasted like the exact mix of Tabasco and Crystal that I never knew I was waiting for, in the corner of the box, too. 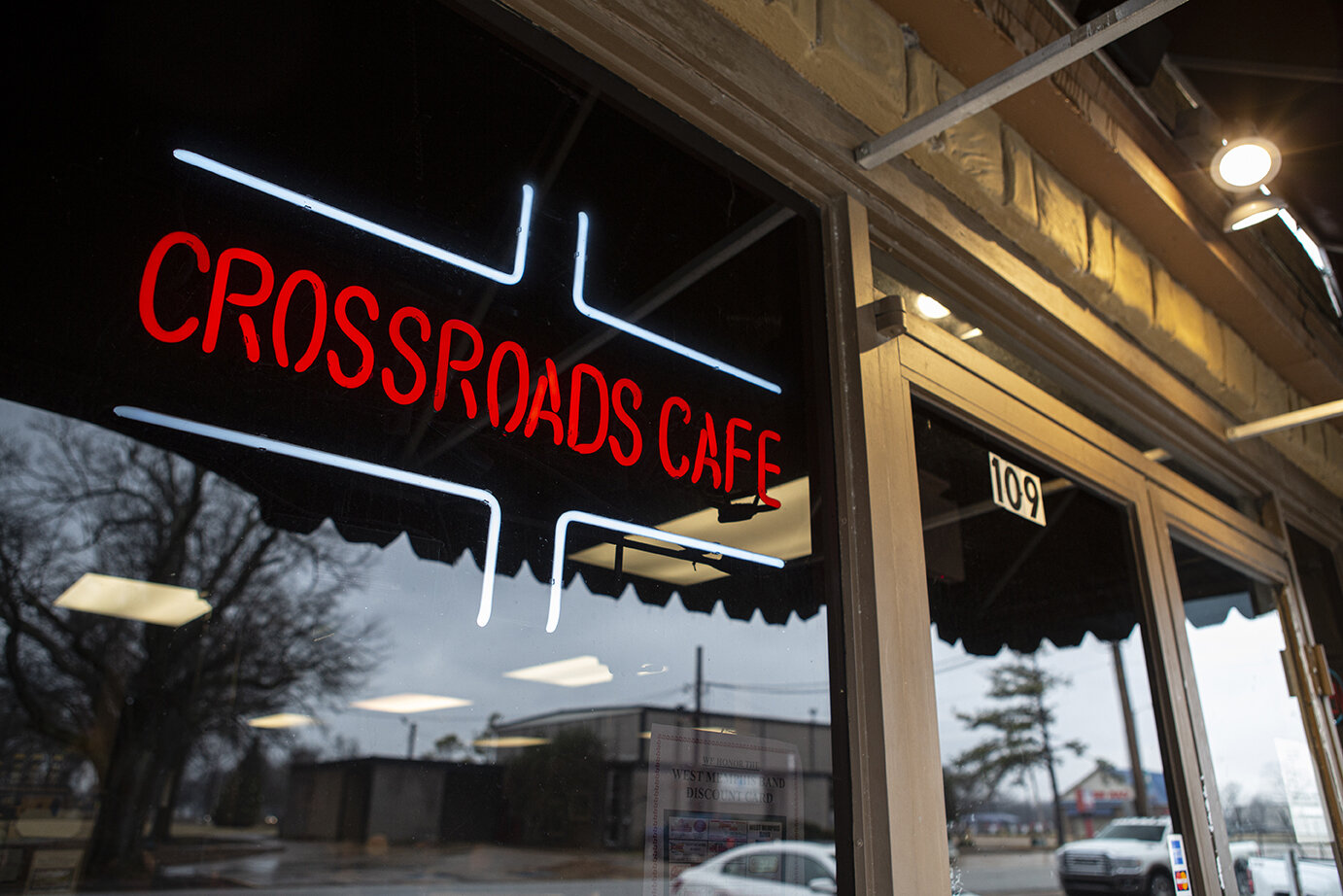 Even the hush puppies pleased me, a rare occurrence likely due to my own flawed character and having nothing to do with the quality of hush puppies in general.

I didn’t eat the coleslaw, because to me mayonnaise-based anything is a nightmare far beyond even kangaroos grown to the size of a house and primed for revenge, but normal folks at Crossroads seemed to like it. 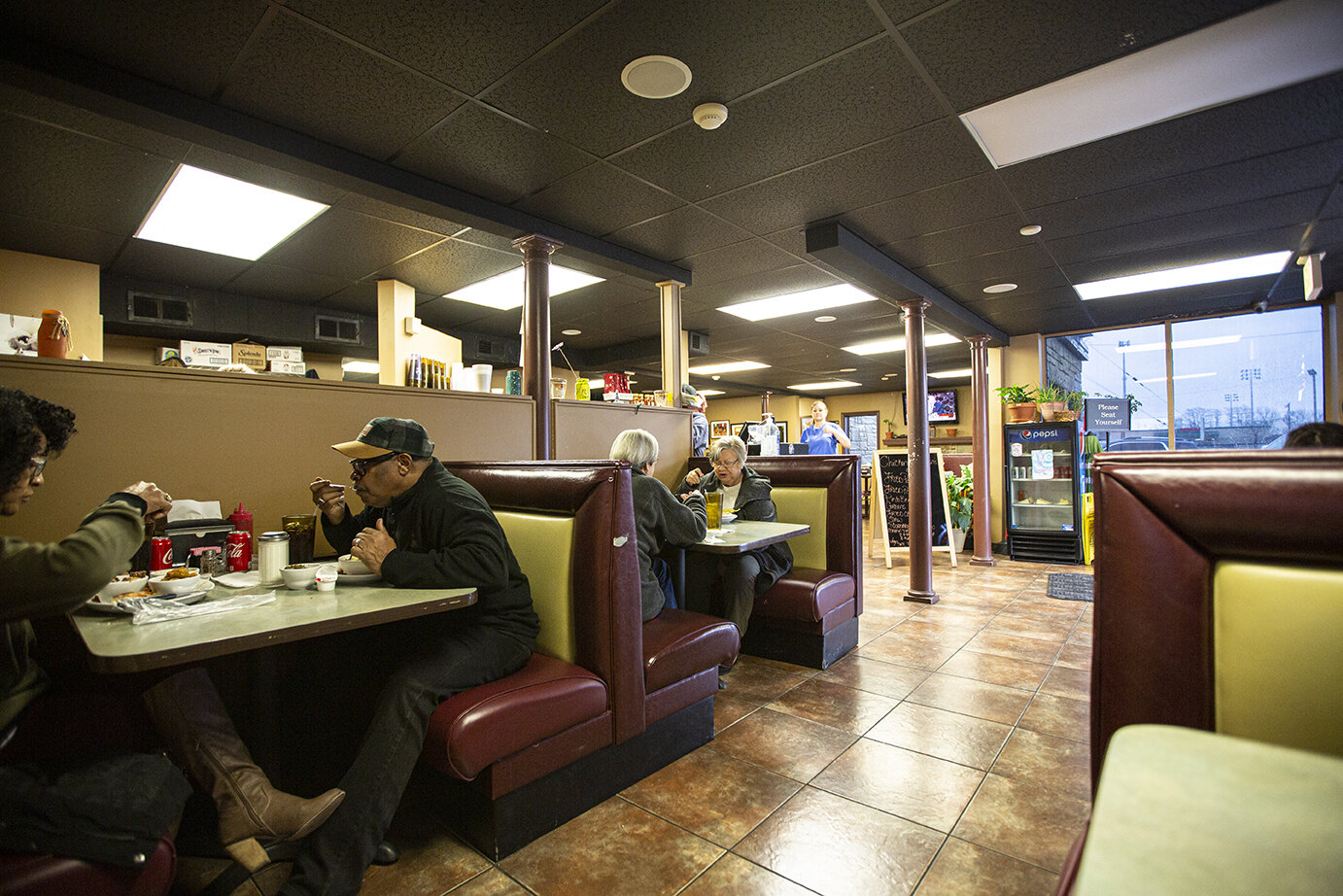 Looking around the small restaurant and its dozen-or-so tables, I noticed the theme of leftovers. Cut-up pancakes and stray syrup jars (for you in the all-day breakfast camp), bologna and biscuits, hamburgers and fries—all of us waiting for to-go boxes after having eaten like we could say that, indeed, we were still growing like teenagers.

Crossroads Cafe is your idealized notion of a mom-and-pop joint. 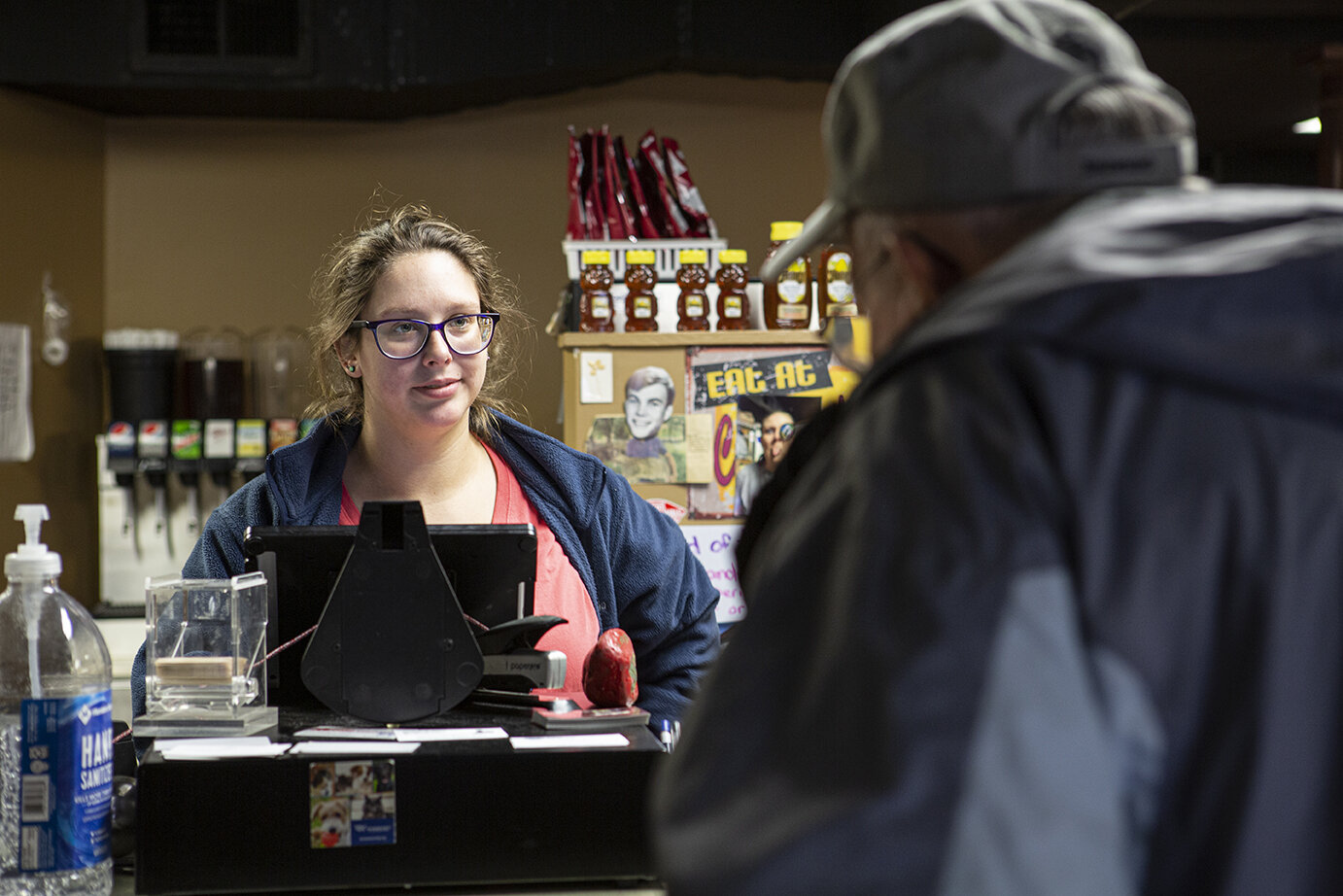 Moreover, it actually is a mom-and-pop joint. Nikki, the daughter of the owners, told me her parents started the place back in 2012. At the time, her mom had been working for over 20 years full-time in a factory; she balanced both the factory and this new project for a couple years. “Exhausting years,” I commented with a grimace. Nikki just smiled and shrugged in that stoic way uncomplaining folks tend to do.

When you come to the Crossroads Cafe, you will immediately recognize the fact that you’re not a regular. This isn’t because of a difference in service—your iced tea will be filled at the same rate, the food will come out hot, but its timing will depend on whether you ordered a breakfast plate or something fried (e.g., my catfish was served before some of the regulars’ pancakes). You’ll likely be drawn into conversation like everyone else, too; the elderly woman at the next table who is also dining alone will strike up a chat about your coat and how she also values pockets in clothing. No, you’ll notice only that your name isn’t used yet, nor will you partake in all the familiar greetings and check-ins of the regulars steadily coming and going. I ask about the wall featuring senior portraits, and they’re not family, my waitress says, just kids from the community, and having their portraits up makes the place feel more like home.

Nikki tells me that she knows a lot of folks who come over from Memphis just to eat at Crossroads because they like the feel of the different pace over here.

She’s proud of the barbecue, smoked overnight just behind the café, and just as proud that folks from a barbecue-crazy city love it, too. The weekday lunch special rotates daily and features Southern classics like hamburger steak with onions and gravy, black-eyed peas that never come from a can, and homemade cornbread. “I know folks who come every Thursday for the chicken and dumplings,” she says before saying goodbye to a kindly gentleman who admits to eating there five or six times a week.

I do feel the different pace, far from the big-city restaurant run by a management software designed to input customers and output a standardized dining experience pristine enough to make it altogether forgettable. I’m surprised to learn that the building Crossroads was located in before this one had more seating, more tables to bring in more business. They moved because, though they lost some potential for profit, this current space boasted a better kitchen and included a pleasant patio overlooking a quiet park. 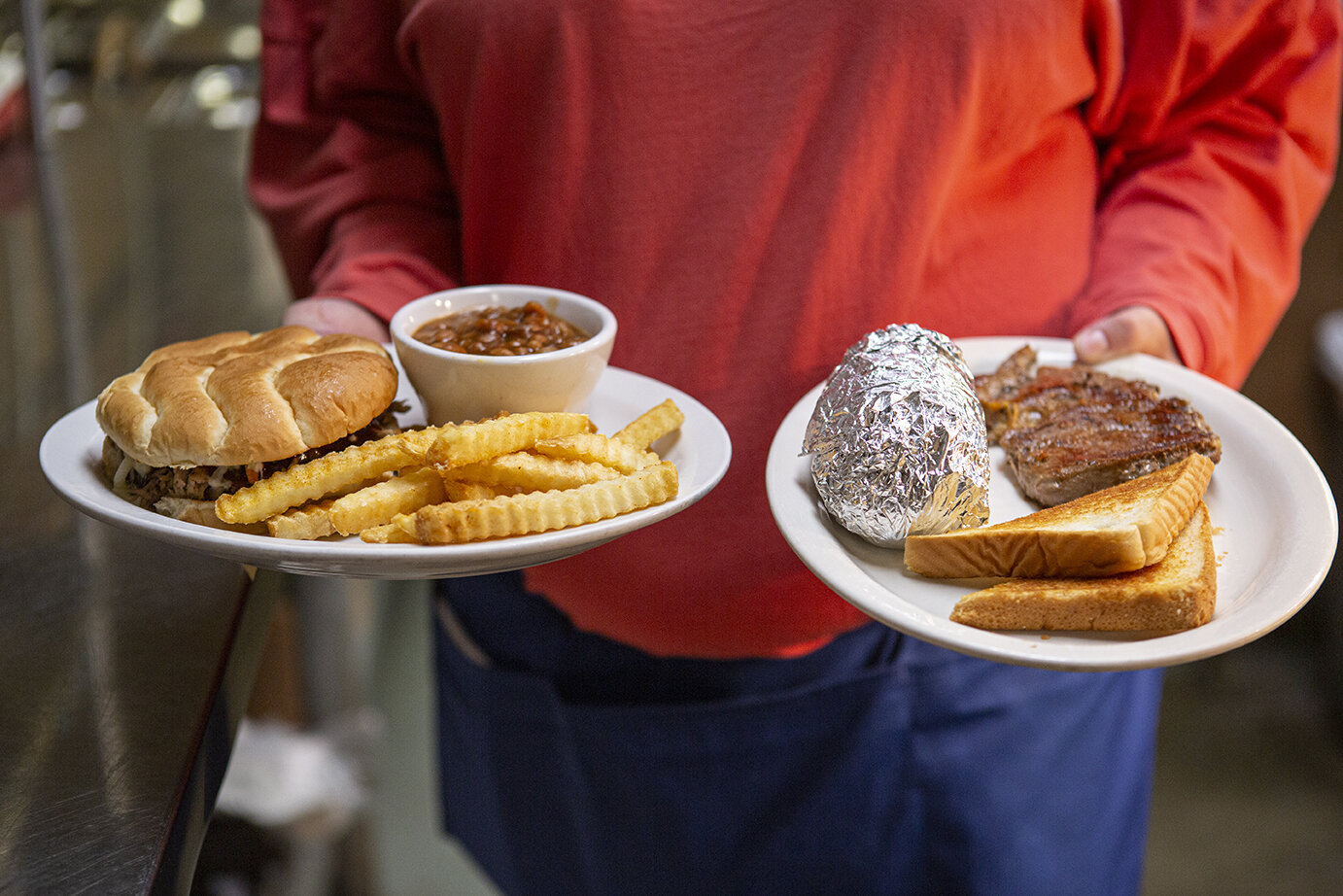 These intangible things held more value to the owners than maximizing output.

It’s almost like the idea of infinite growth could be less than the ultimate consideration. It’s almost as though this single-minded focus upon which our entire picture of economic health is predicated could render us as nightmarish as those gargantuan denizens of the deep staring with sightless cataracts into a murky world. Something as simple as Crossroads Cafe, a mom-and-pop where folks serve hearty food and know each other’s names, has become a relic of sorts. But it could be more like a guide, a place to learn a different set of values—a place where we remember what it means to be human and to be small (even if the portions aren’t). 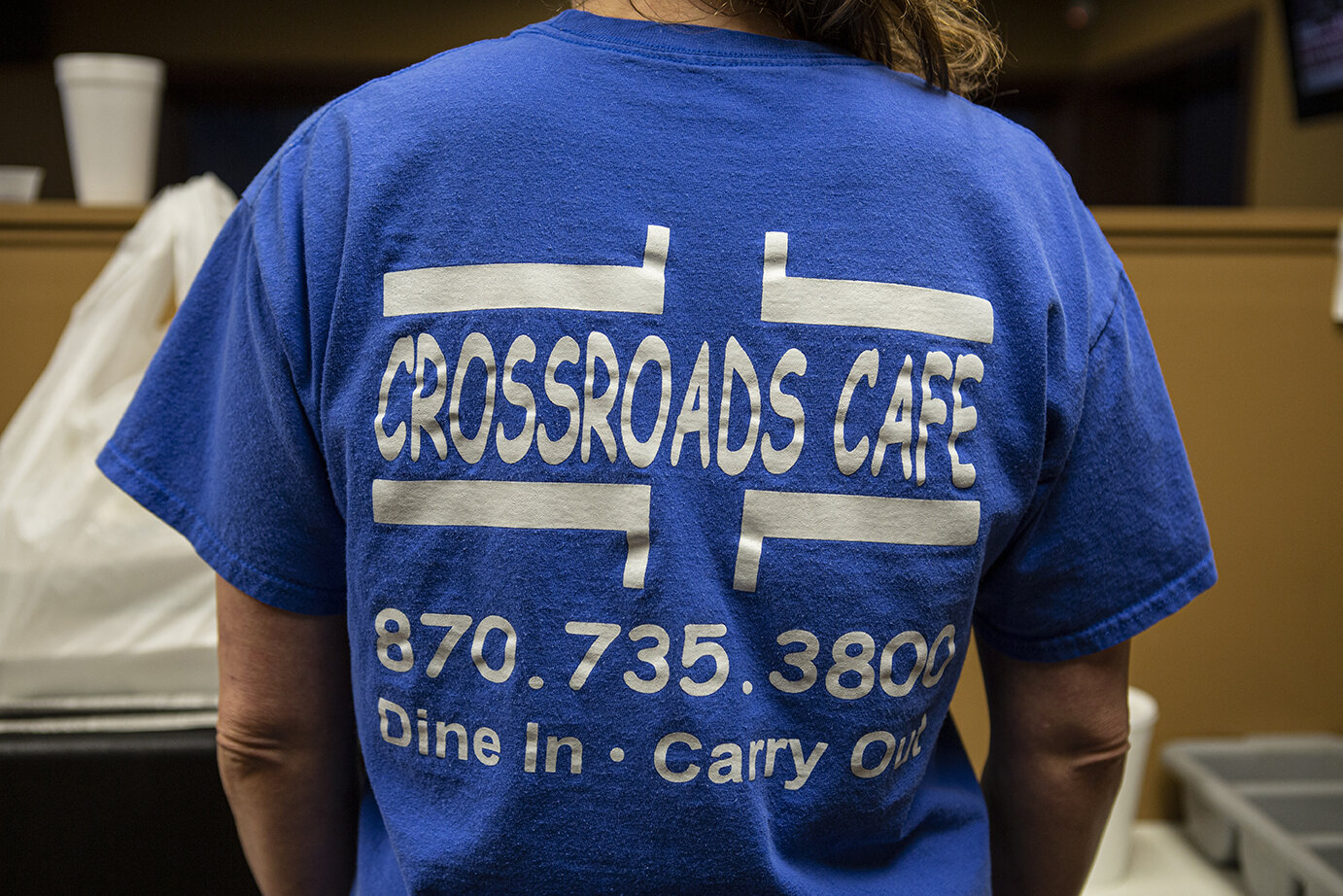