0 0
The rise of the mocktail 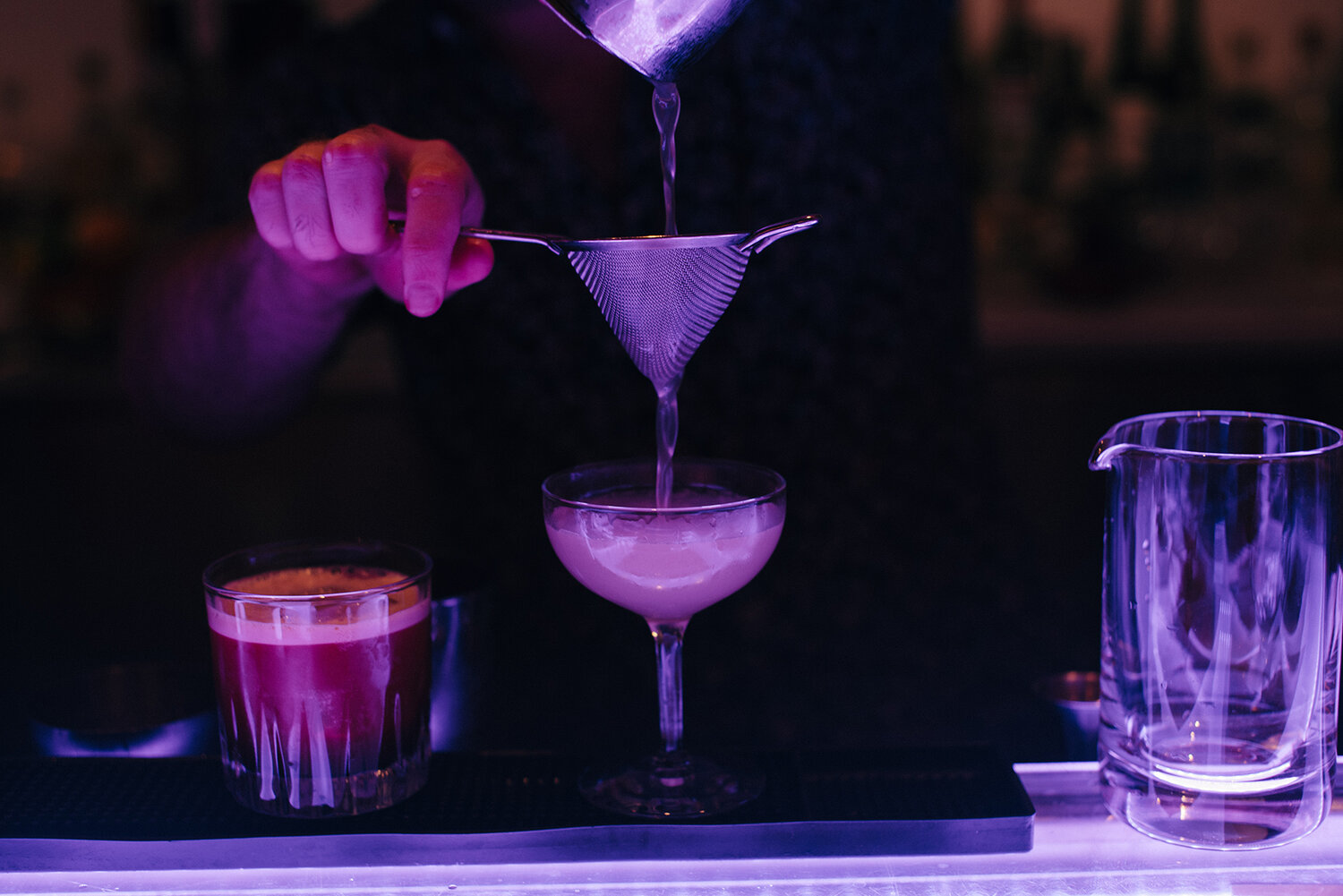 The best thing about 2020? It’s no longer weird to tell people you’re not really drinking anymore.

A year ago, your not drinking might have made people defensive about their decision to continue. Today, it feels like everyone has a story to tell about their Sober October. Their Dry January. Their World Is Burning and They Just Need to Take a Break for a Minute. The excellent news in a world that seems to have a dearth of it? Bartenders are hearing the call for drinks without alcohol that are still grown up and sophisticated, and they are here to make you forget you ever heard of a Shirley Temple.

It’s 4 p.m.  in the lobby of the Central Station Hotel, and the bar is already packed. Stax classics are the soundtrack, and a group of sleek twentysomethings dressed for a wedding flip through records in the giant vinyl cabinet next to the DJ booth. Manhattans on my right, plenty of beers to my left, but the bartender of Eight & Sand (train lingo that’s a nod to the hotel’s origins) does not pause when I ask her if she has a go-to mocktail. Moments later, Lauren Dunn presents me with a drink that doesn’t have a name, but it’s a wine glass filled with honey lavender, simple syrup and lime juice, topped off with her favorite sparkling water, Topo Chico. It’s light, refreshing and, honestly, tastes like the summer that is two seasons away. The woman with the Manhattan turns to me when she hears me ask the bartender for a mocktail.  “Oh, I had an amazing one at Loflin Yard,” she said. “I was pregnant but still felt like I could drink with my friends.”

The mocktail is the great equalizer:

It looks like a drink and has the literal and psychological heft of a drink, so no one feels left out. 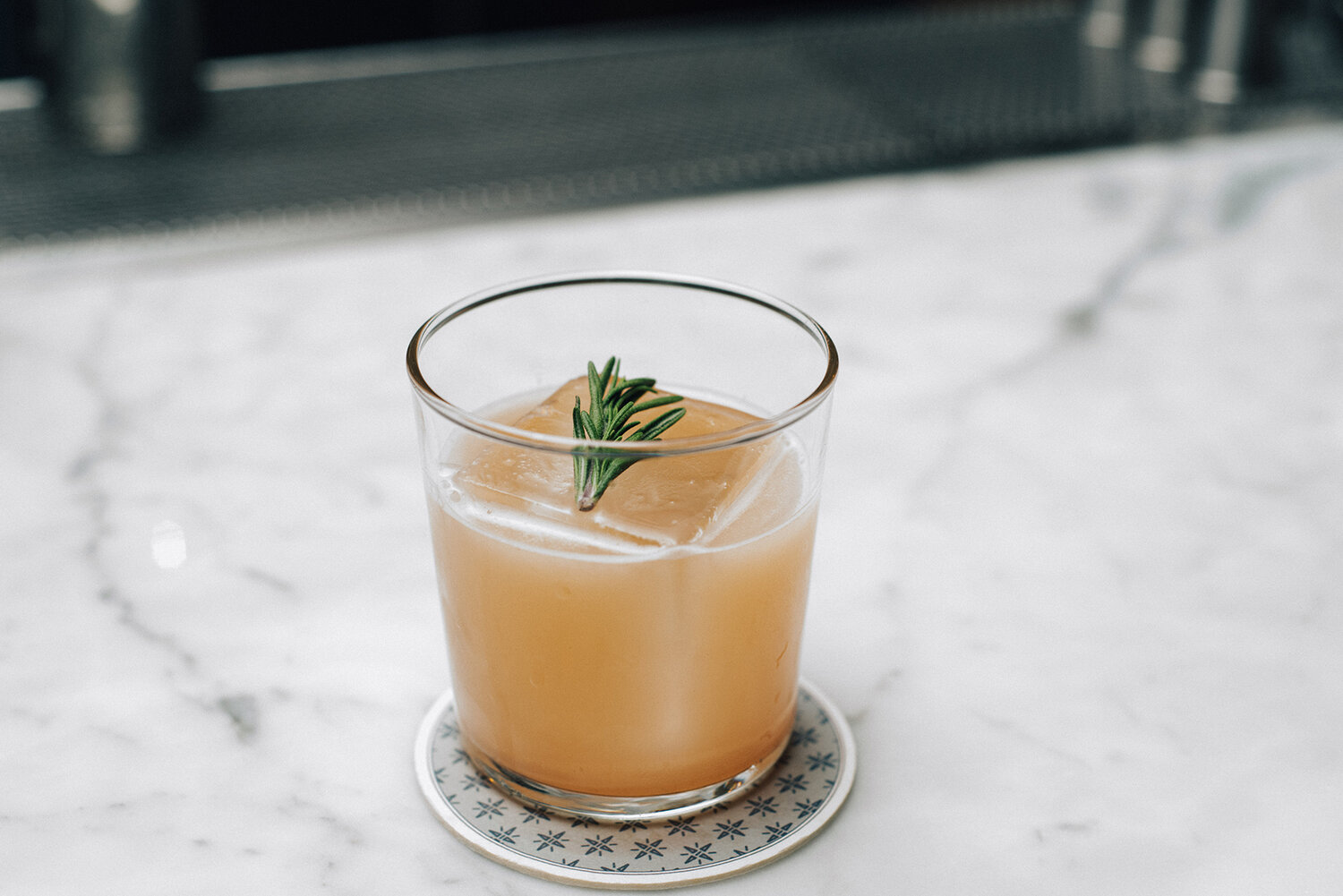 While Central Station is undeniably Memphis with its sculptured EgglestonWorks speakers and soul on the soundtrack, Arrive is elsewhere. You have “arrived” to on-trend velvet chairs, low-slung Chesterfields and a check-in desk right next to the Vice & Virtue coffee kiosk with cookies the size of your head. It looks like Austin or LA, but the vibe is Memphis—warm and inviting. The cozy bar is tucked into a corner of the lobby, and bartender Dawn Russell is ready for my drink order.  “Water is boring,” she declares while studying her simple syrups. When she took a break from drinking, she found that it was difficult to find something besides club soda, and she welcomes the challenge of making mocktails that are complex and interesting.

Dawn says people appreciate the care taken in making their mocktails feel as upscale as a cocktail. She’s aware of the growing culture of not drinking, so much so that Bar Hustle offers signature mocktails on its menu. But I’ve caught them low in stock so she asks for my flavor profile instead. I tell her “herbally” as I want to steer her as far from a sugar bomb as possible. While she gets to work, I study the menu. There’s the Fabios Rollercoaster, the drink equivalent of having a seagull fly into your face at 60 mph (rye, lemon, fermented blueberry, pastis, dry vermouth, black sesame), and the Rats Brains and Microchips (a fancy nod to late Memphis musician Jay Reatard with bourbon, cascara, pandan, fino sherry, green chartreuse). Dawn presents my drink. It’s beautiful. Served in a rocks glass over a perfect square of ice, it’s muddled ginger and grapefruit juice, a splash of all-star Topo Chico and a sprig of rosemary. It’s grown-up and beautiful, just like the lobby. It’s also $5, not the $14 my friend shells out for his Fabio Rollercoaster.

Another bonus of staying sober in a bar: You can look like you’re drinking, and neither you nor your wallet feels the sting. 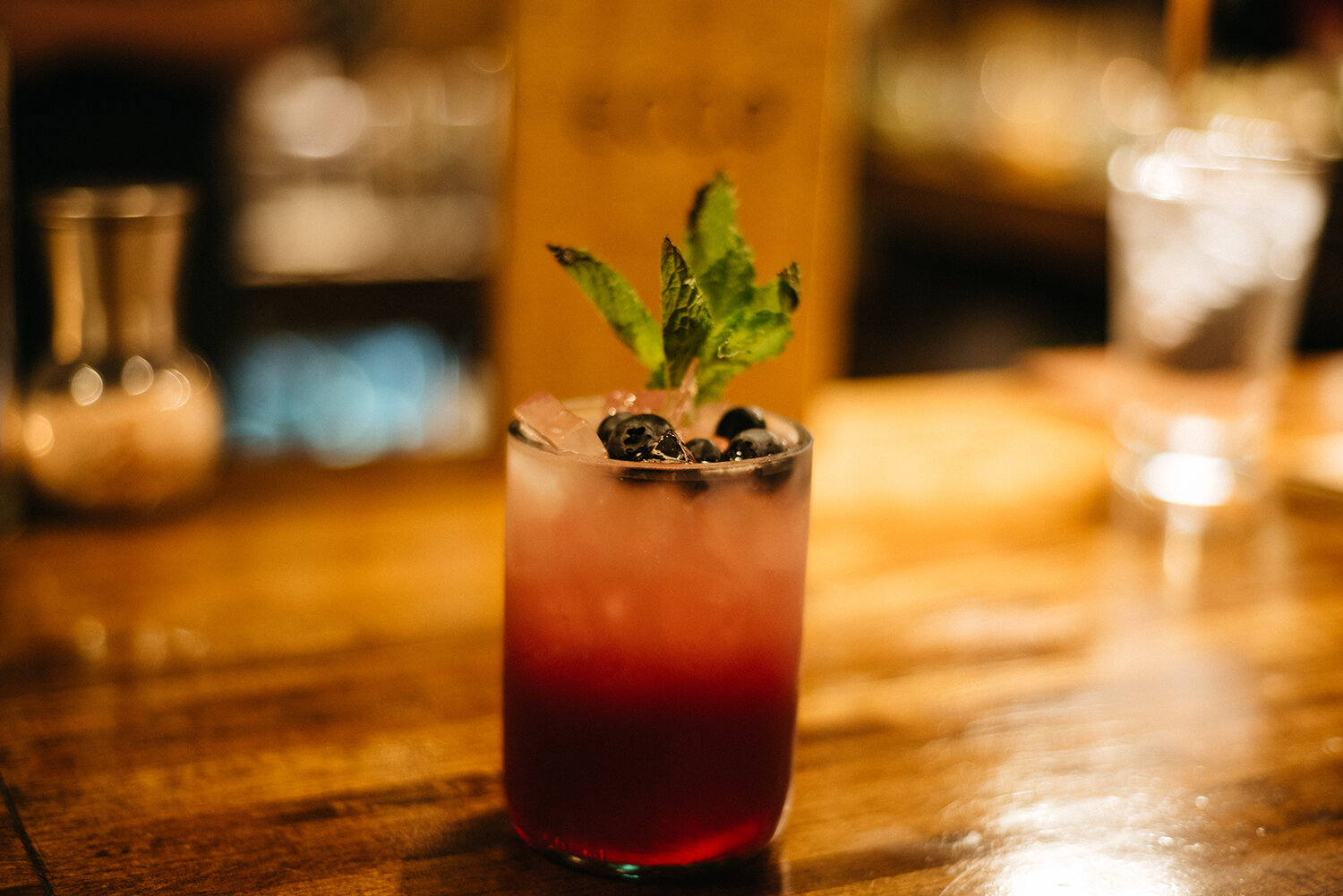 We’ve shown up at Ecco just before the dinner rush, and it honest-to-God feels like a hug. Warm woods, candlelight, sax on the speakers, and the simple act of eating soft bread dipped in olive oil feels transcendent. When I tell bartender Daniel Quinlan that I want a mocktail, he asks if I have one in mind. He explains that every drink on the menu can be made without the alcohol (even the Old-Fashioned—tea and bitters are involved—though we’re in agreement that it’s difficult to top the original). His go-to mocktail is the Mondo. Blueberry, strawberry, lemon and rosemary, topped with a sprig of mint but without the Old Dominick vodka. It’s the color of a garnet, served in a hefty glass. I want to try the Un Poco Loco, a mezcal-dominated cocktail with Peychaud’s and cinnamon, as it just seems right for winter. My 12-year-old daughter has joined me at the bar, and we people watch, tucking into a small plate of cremini mushrooms and goat cheese that gives me the same buzzy serotonin lift as a glass of wine. The challenging thing for so many about not drinking is giving up the armor it provides, the shield that makes every situation feel safer. But as the restaurant rapidly fills up, glasses clinking and conversations swirling and eddying, I couldn’t feel more comfortable than if I’d shown up in my pajamas. I feel a new tradition being born—snagging a spot at the bar with my daughter, who sips her Mondo and wonders for the first time if she should go to cooking school so she can recreate this experience for others.

I like walking into the Art Bar with someone who has never been, as it’s a microcosm of the innovative, eclectic Crosstown Concourse in which it resides. After grabbing drinks at the neon and glass-topped bar at the front entrance, you’re encouraged to wander through the serpentine space, winding your way through different alcoves, some with your grandmother’s cat art, others with bold, graphic patterns and mid-century modern furniture.

There are two mocktails on the dreamily named cocktail menu (Undefiled Intoxication and kombucha-based The Beloved Tree), but I’m offered a revamped version, as bartender Eric Martin is fine-tuning the menu. One is a pinky-orange dreamsicle with kava kava that tastes like a sunset. The second is his take on a White Claw—a pineapple-thyme vinegar shrub topped with fizzy soda water. It was going to be the Mrs. Claws, but now that the holidays have passed, it’s Because Time Is Infinite (or White Clause). We take our drinks and pass a turntable and a group of people made even more beautiful by the light of a neon sign. Our table has a light fixture that looks like a glowing planet, and our drinks take on a bit of that martian glow. Maybe it’s the vibe, maybe it’s the kava kava, but I feel poured into my seat.

It would seem that going expressly for a mocktail to a restaurant named The Liquor Store is a dumb idea, but Dan Hornsby is ready for me. Of all the bars we’ve visited, theirs is the only one to offer an alcohol alternative, not just a vamp on juices and bitters. Dan shows me two bottles of Seedlip. The company tagline is “What to drink when you’re Not drinking,” but it could easily be “Because You Are Godd*mned Tired of Shirley Temples.” Seedlip founder Ben Branson was served a super-sweet pink thing in a glass, and a company was born. It’s a non-alcoholic spirit made from peas, and Dan offers two of their three varietals in a cordial glass, one citrus and one spice. They taste…different. The citrus is their take on vodka, the spice more of a bourbon or rum flavor profile. Both are floral and perfumey, but, then, they weren’t necessarily designed to be sipped on their own.

Dan decides he’s going to work with ginger clove syrup, the Seedlip Spice 94 aromatic and ginger beer. He explains that your cocktail, our mocktail for this instance, has three main elements: “Your (fake) alcohol, your sweet element and then something to cantilever that is maybe bitter or sour.” As he gets to work, bartender Jessica Valdez mentions that she’s gratified to see more nonalcoholic drinks take prominence on the menu. “You like to be included,” she says. We chat about how people who are choosing to abstain still want the option to celebrate with something more inspired than a glass of water.

Dan presents my drink in a champagne coupe topped with a dried lemon.

The couple next to us are literally moaning over their brussels sprouts, and a large family behind us laughs as their toddler clowns for their attention. My drink photographs beautifully over the palm tree-patterned bar, and my friend sneaks sips of my mocktail when she thinks I’m not looking. I’m content, and it just hasn’t occurred to me to miss the alcohol.

The Doctor Is In