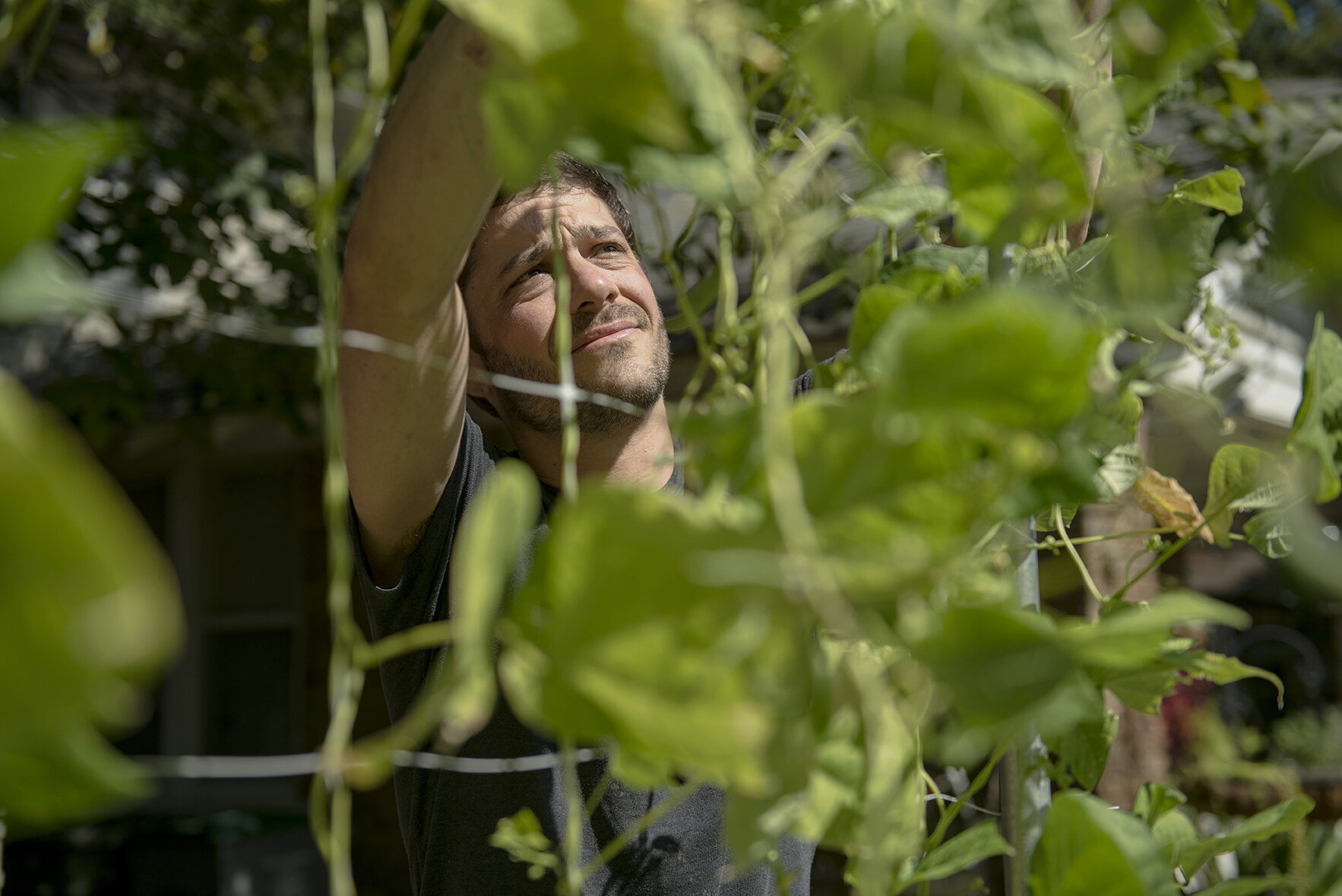 Michael Pollan, who wrote about gardens before he began deliberating dilemmas of omnivores, contends that American houses and yards were designed to be observed from the street by people in passing automobiles. Tidy lawns with a few tasteful shrubs, flowers or trees are the standard for conventional yard maintenance.

Several Memphis yards, however, are bucking that trend. And if you have the pleasure to pass them at the speed of a human walk, you notice the vividness, life and stories that are absent from properties swathed in uninterrupted grass. 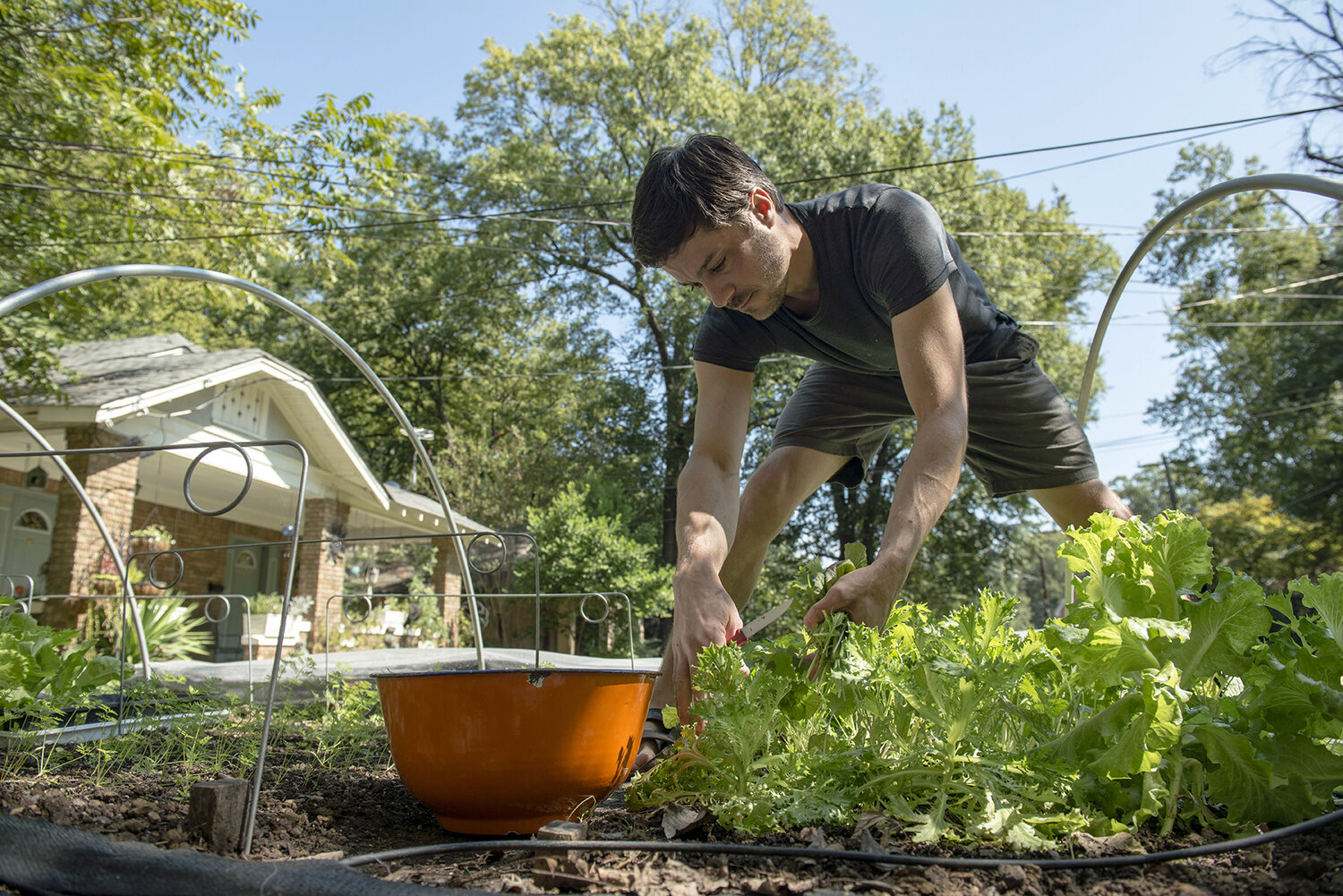 One such yard belongs to Phillippe Leny. A lifelong Mid-Southerner and resident of his Midtown home since 2017, Phillippe quickly recognized potential in his front lawn: a perfect sunny spot in which to grow what he estimates is a quarter of his groceries. The garden stretches from his front steps nearly to the sidewalk.

From mizuna to arugula, carrots to pole beans, basil to Swiss chard, Phillippe’s garden is a kaleidoscope of leaves.

“I work a lot, so most of what I grow is pretty quick, like salad greens,” says Phillippe, who works as a cook at Catherine and Mary’s.

Despite an unusually hot fall with little rainfall, Phillippe’s garden is thriving. It practically glows next to tired-looking lawns and dusty trees. Daily watering and a few simple innovations have made this little patch an oasis.

“It’s a learning process. This year I added a shade cloth, which was a game-changer. It keeps everything cool inside, a little microclimate for greens that don’t like it too hot,” says Phillippe.

Phillippe finds that winter is one of the easiest times to tend a garden in Memphis. Plants need the warmth and sunlight of autumn to get established, but cool weather crops such as salad greens can grow right through the winter, many of them without cover. Kale and spinach are among the hardiest varieties; they can be harvested even in snow.

Organization and knowledge of a regionally appropriate planting schedule are key components to starting a vegetable patch. A few reference books—Eliot Coleman is a favorite author—and some good compost help too. 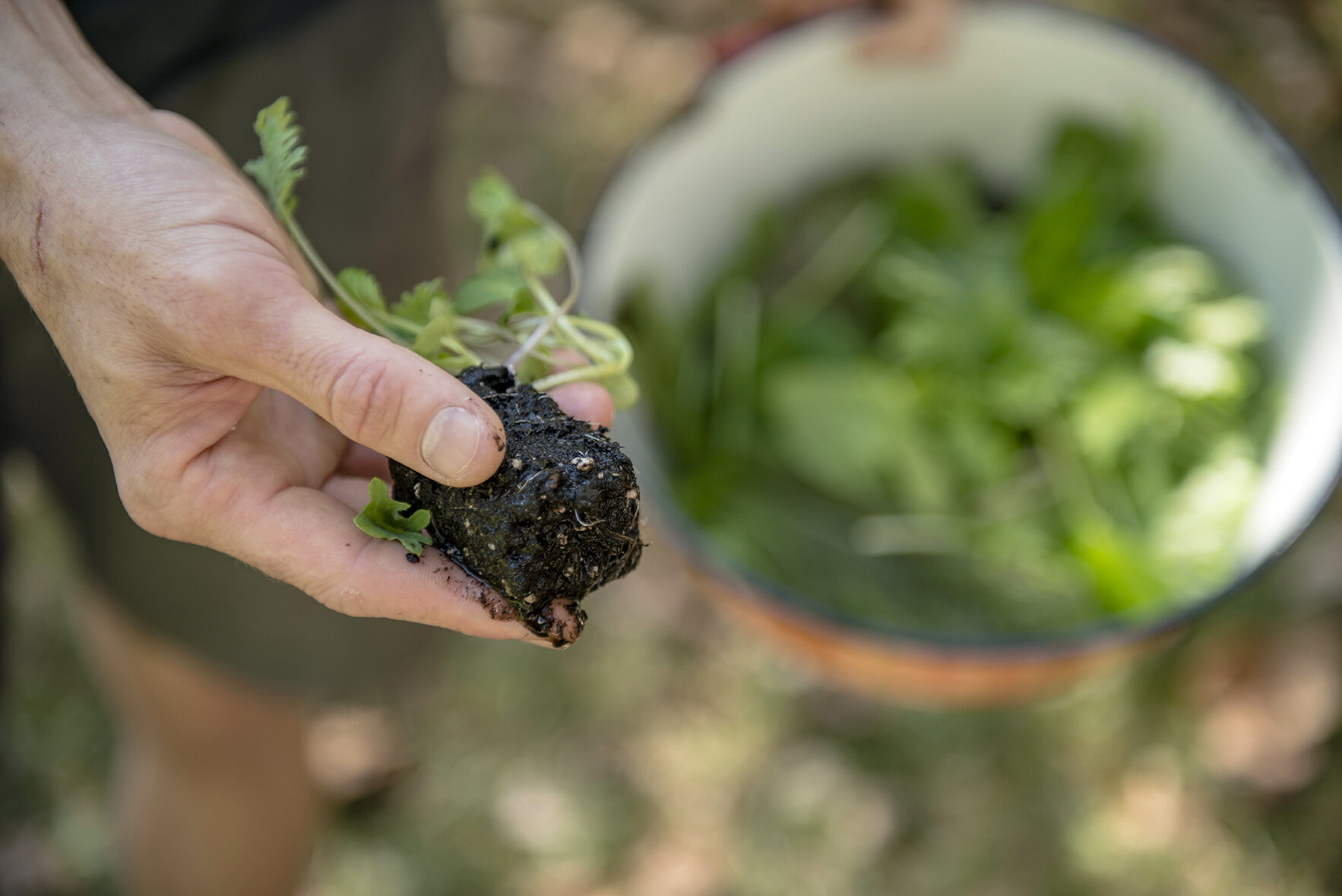 “It’s amazing what the soil can produce if you take care of it and protect it. It’s full of organisms, and, when it’s healthy, it needs very little input,” says Phillippe.

Phillippe makes gardening look easy with neat rows, healthy plants and a homemade trellis. He admits, however, that it’s not free of pitfalls. The most challenging aspect of gardening for Phillippe is protecting his greens from summer’s intense heat. If the plants get stressed from heat, they turn bitter or pithy. Another difficulty is competition from other creatures. Phillippe placed an insect cloth over the garden to keep squirrels and bugs from sharing his harvest.

“This is the first year I’ve actually had good Swiss chard. Last year, the squirrels just demolished it,” Phillippe recalls. “They even ate a hole through the cover while I was out of town. They climbed up and got the tomatoes too. But I love tomatoes so much that I’m going to plant them and share again next year.”

Phillippe offers samples of the various crops. Some leaves taste deep and rich, almost nutty, while others are lighter and brighter. One evokes my own childhood garden. These leaves command far more of my attention than bags of salad sitting in grocery stores. How could grocery store fare compare with something that was picked a few seconds ago? The flavor is quite literally alive. 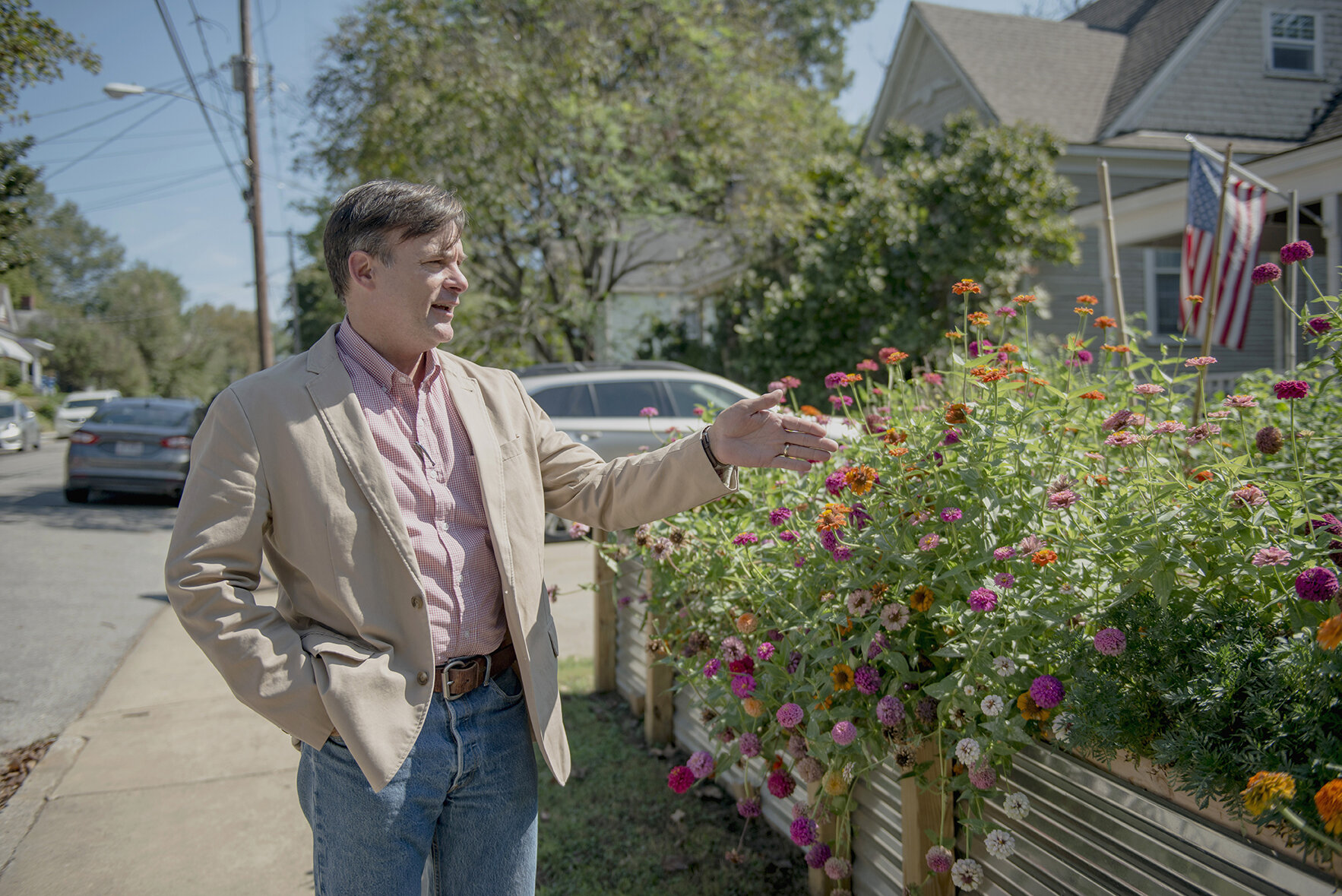 A few blocks north and east of Phillippe’s home is another front yard teeming with edible landscaping. Brent Nair has lived in his current house for 20 years, but only last year did he move his garden to the front. The decision was prompted by increased sun exposure and less competition from backyard birds and squirrels.

Brent’s garden consists of 30-inch raised beds made of galvanized tin. The beds form a U shape with two additional rows in the middle. Over a couple of weekends, he moved three tons of dirt into the beds using a wheelbarrow. Within his 270 square feet of raised beds, he grows okra, multiple varieties of tomatoes, watermelons, squash, cantaloupe, beans, squash, thyme, basil, peppers and flowers. 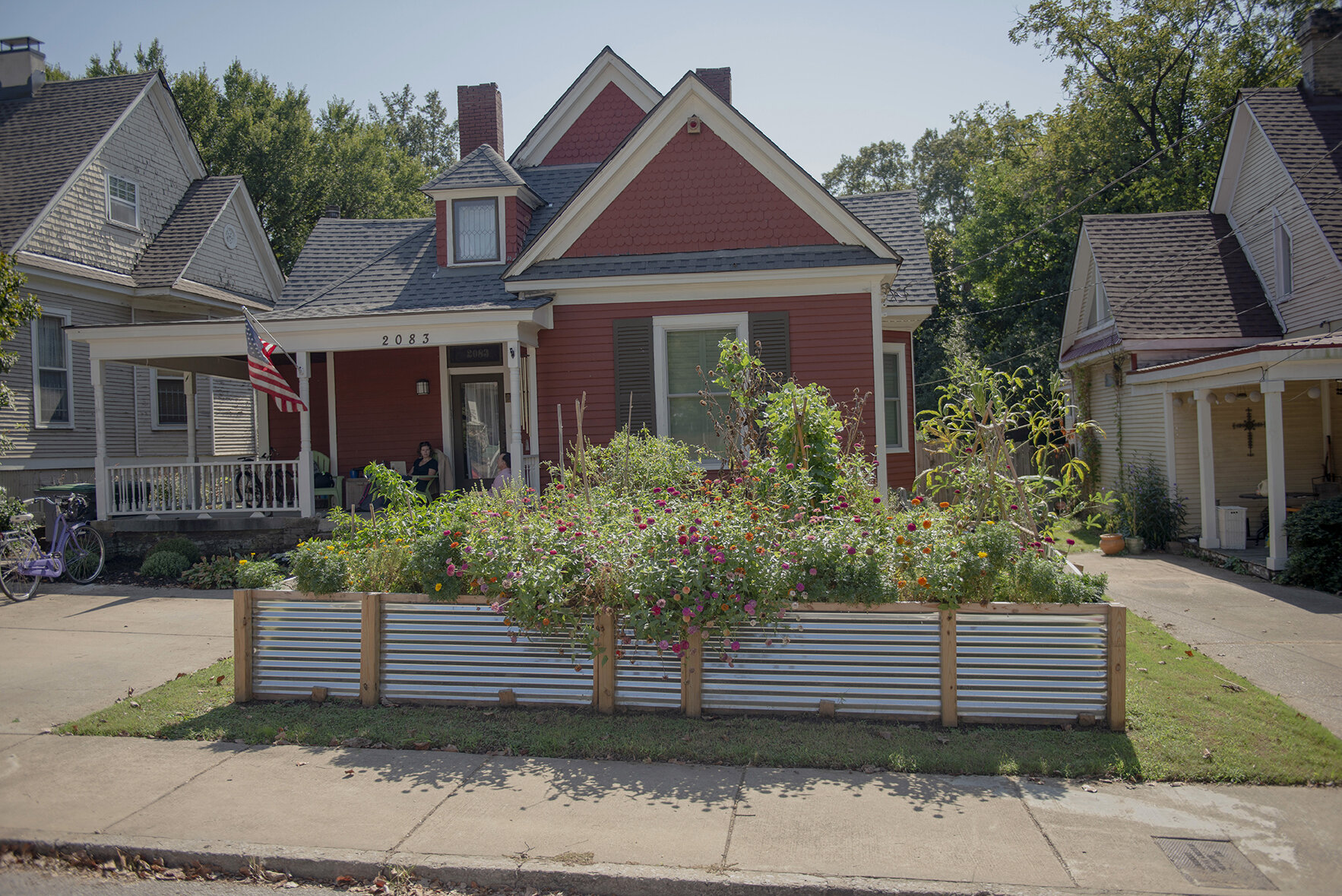 This is a garden for all of the senses.

Brent’s Thai basil, grown for use in curries, is the size of a small shrub. A swift massage of a leaf between my fingers releases an intoxicating aroma. Bees hum near the zinnias and flowering basil as they gather nectar and help pollinate the vegetables. Hummingbirds, cardinals and goldfinches were regular visitors earlier in the summer. They loved the sunflowers, zinnias, daisies, marigolds and cornflowers that spiked the beds with red, orange and blue. 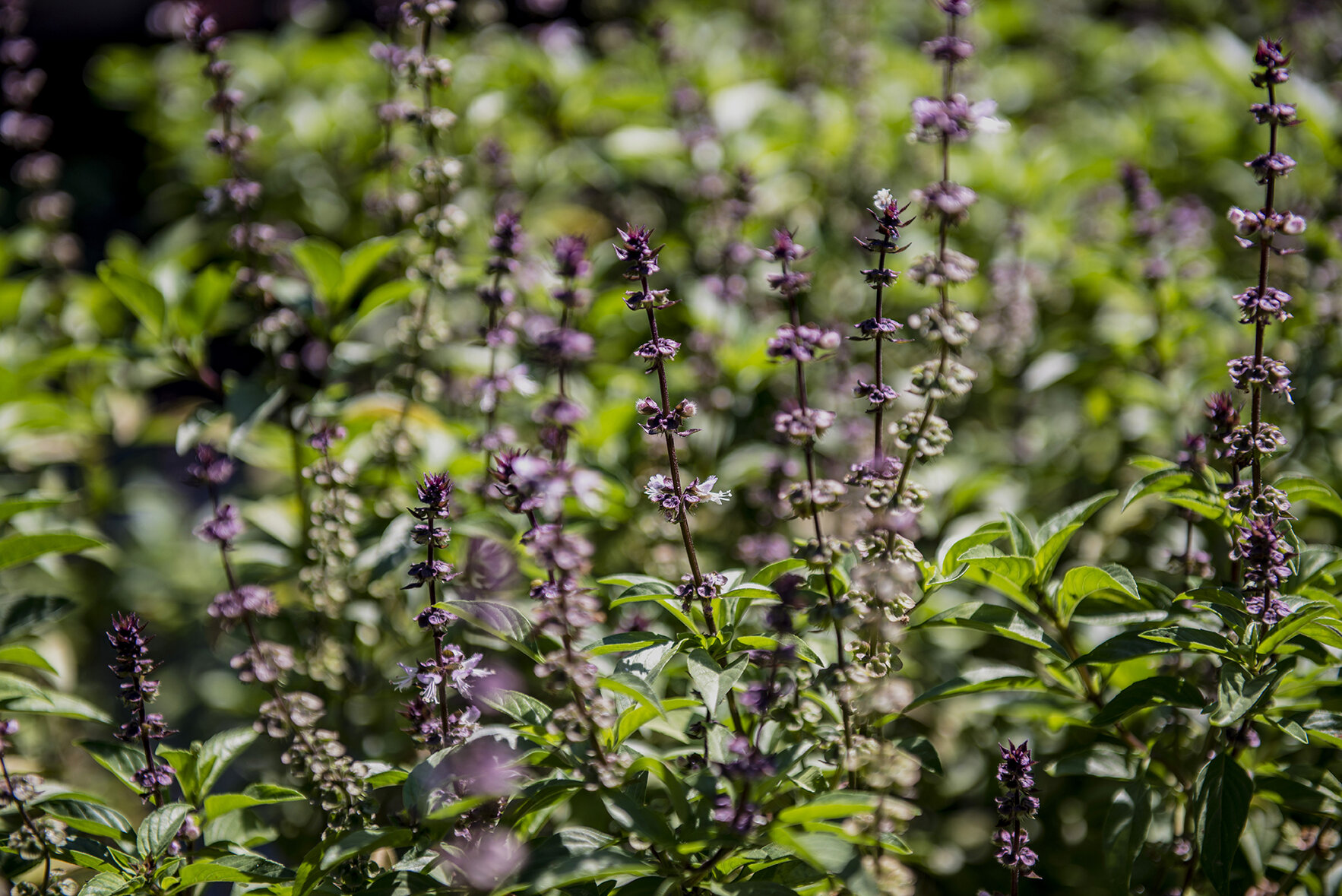 Brent’s motivations for gardening lie as much in the process as in the results. “I enjoy the connection with the earth. I grew up in Iowa and was always around a farm and a garden growing up. It’s a grounding activity,” he says. Long, metal wind chimes punctuate his sentences, giving his porch a church-like aura.

For Brent, gardening isn’t necessarily a frugal activity, though he saves loads of money and plastic by growing his own herbs. He loves the small thrill of gathering ingredients from his front yard while he’s cooking. The challenge of using and disbursing the produce is fun too; this year, there are about 20 butternut squash to dispatch.

“I like to can and preserve. This year I made a lot of dill and bread-and-butter pickles with all the cucumbers. We also share what we grow,” says Brent.

There are constant surprises in the garden, some less pleasant than others. When he rotated the butternut squash, Brent found lots of squash beetles that he had to squish quickly. Cantaloupes grew poorly. But the beans did well, and even revived during the long, hot autumn. The San Marzano tomato vines and okra plants were still producing well into October. The German thyme was a triumph. The drama of these accomplishments is tangible. And delicious. 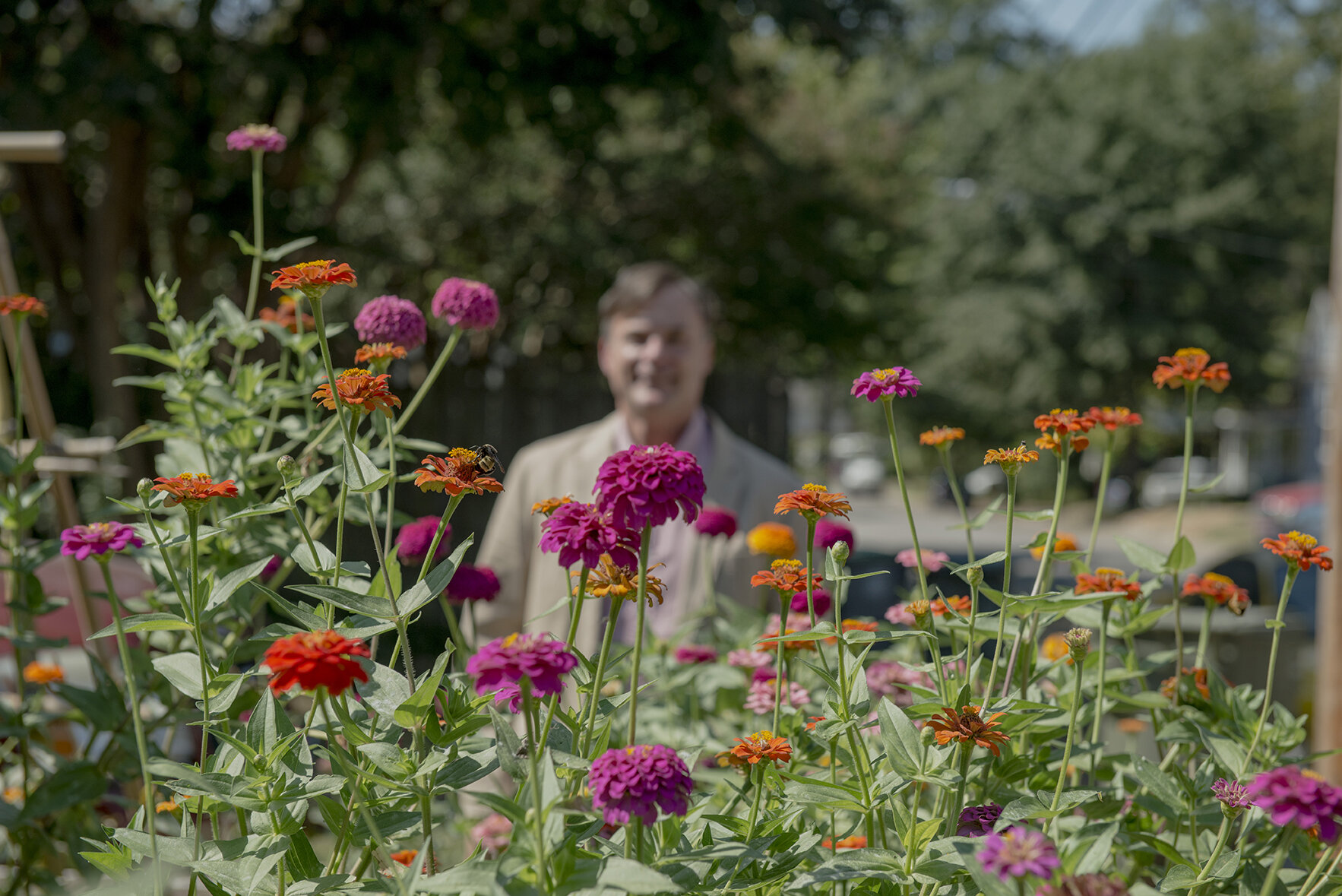 Brent notices that, along with birds and insects, humans are attracted to his garden.

“My wife and I sit on the porch in the mornings and on weekends. Lots of people walk by and ask about the garden, especially the flowers.”

“It’s been an icebreaker with people we don’t know,” says Brent.

Front-yard gardens haven’t always been a minority landscape choice. Victory gardens were a sign of patriotism during World War II. The Australian Capital Territory, where my family lived for a short stint, encourages homeowners to use all parts of their properties for growing vegetables. In my own front yard here in Memphis, I have a couple of garden boxes. Edible Memphis publisher Bill Ganus does too. My friend Erica Edwards grows strawberries along that precipitous front slope that marks so many Midtown houses. Maybe we all hunger for more connection with the earth, the seasons and our food. Michael Pollan says it well:

“Gardening, as compared with lawn care, tutors us in nature’s ways, fostering an ethic of give-and-take with respect to the land. Gardens instruct us in the peculiarities of place. They lessen our dependence on distant sources of energy, technology, food and, for that matter, interest. For if lawn mowing feels like copying the same sentence over and over, gardening is like writing out new ones, an infinitely variable process of invention and discovery.”

I’ll raise a mizuna leaf to that. 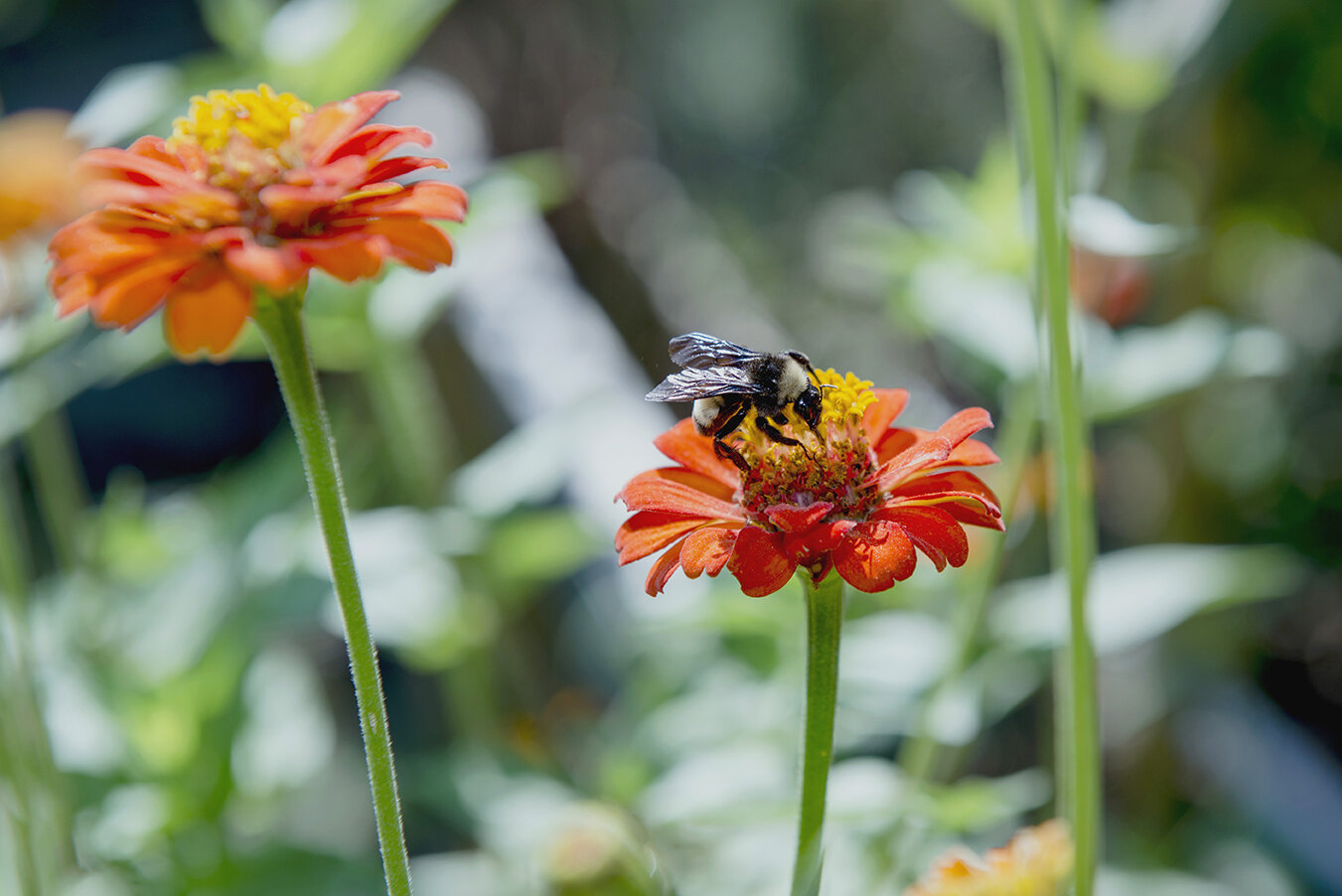 One Hundred Dollars A Month blog by Mavis Butterfield

Heidi Rupke finds pleasure in maintaining the practical skills her grandmothers loved: quilting, gardening, keeping chickens and cooking from scratch. She enjoys biking around Midtown with her family and will drop everything for a good plate of Japanese-style pickled vegetables. @rupkeheidi

Brandon Dill has found a home in Memphis. When not planning road trips with his wife, or building blanket forts with his two daughters, he likes to take pictures. His photos have appeared in the The New York Times, The Washington Post, The Guardian and others. @bdillphoto