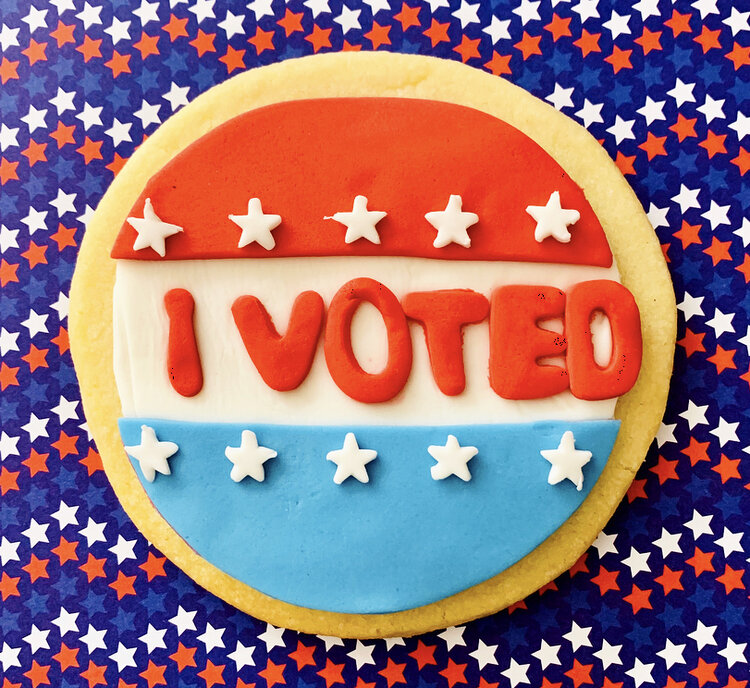 If asked to choose my favorite nonpartisan symbol of Election Day, I’d be hard-pressed to decide between an “I voted” sticker and the table of homemade baked goods for sale alongside the voting line at Central Christian Church. Both of these things sweeten my civic duty, but the bake sale is also a quiet endorsement of the social nature of voting and women’s empowerment. Run by church groups, parent-teacher associations, or even professional bakers, these sales honor a long marriage of voting and celebratory confections.

On Election Days in colonial America, voting by white, male landowners was sometimes merely verbal and often not at all secret. Polling places were located in city centers and required significant travel for many. Since large social gatherings were notably few, any such occasion was ripe for a special dessert (and probably a fair amount of alcohol, but that’s another story). Large election cakes, whose roots lay in the great European cakes of that era, signified the importance of these rituals.

The cakes were most likely baked by women and slaves, who were themselves not allowed to cast ballots. 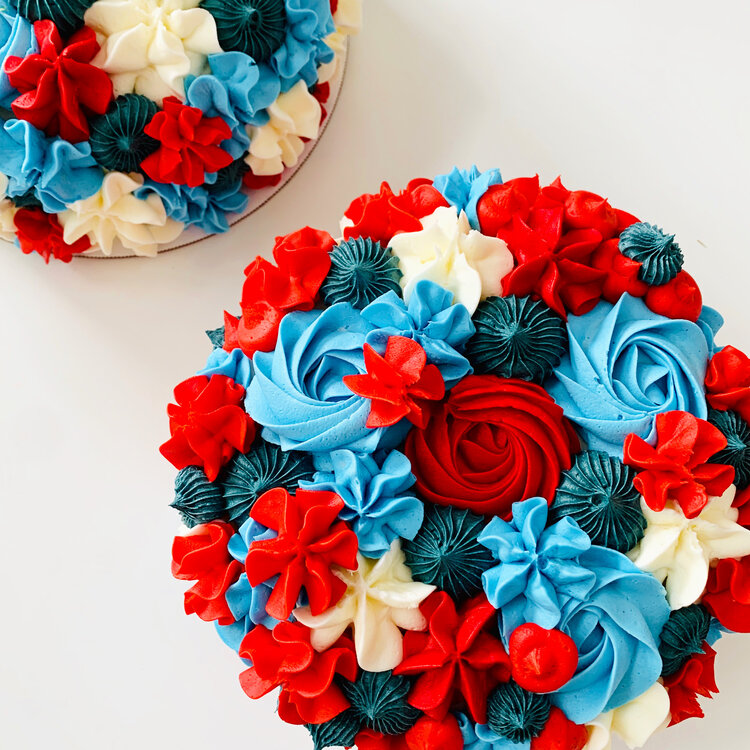 Early election cakes were enormous. The first published recipe dates to 1796 and calls for 30 quarts of flour, 10 pounds of butter, 14 pounds of sugar, a dozen eggs, and additional flavorings. A more modestly sized 1896 recipe attributes the election cake’s long, slow rise to homemade potato yeast and describes a method that spans a day and a half. Flavoring came from raisins, mace, nutmeg, and wine. Baked in seven to 10 loaf pans, these cakes were a party waiting to happen. While modern bake sales often offer individual portions, they bring a similar note of celebration to voting and add another layer of civic engagement with their fundraising elements.

Bake sales were among the earliest avenues for women to exert influence in a capitalist system dominated by men. 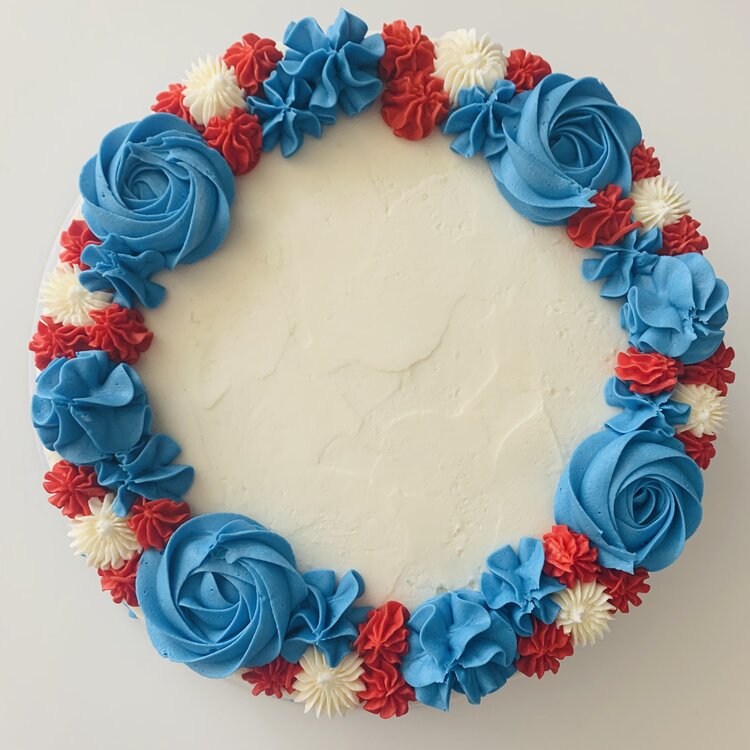 Women raised money for causes such as education, hunger relief, or religious purposes. They kept meticulous records of expenditures and profits, thereby creating a forerunner of the modern annual report. By tying the event to a captive clientele (i.e., voting lines), bake sales have successfully funded charitable outreaches while encouraging voter participation. 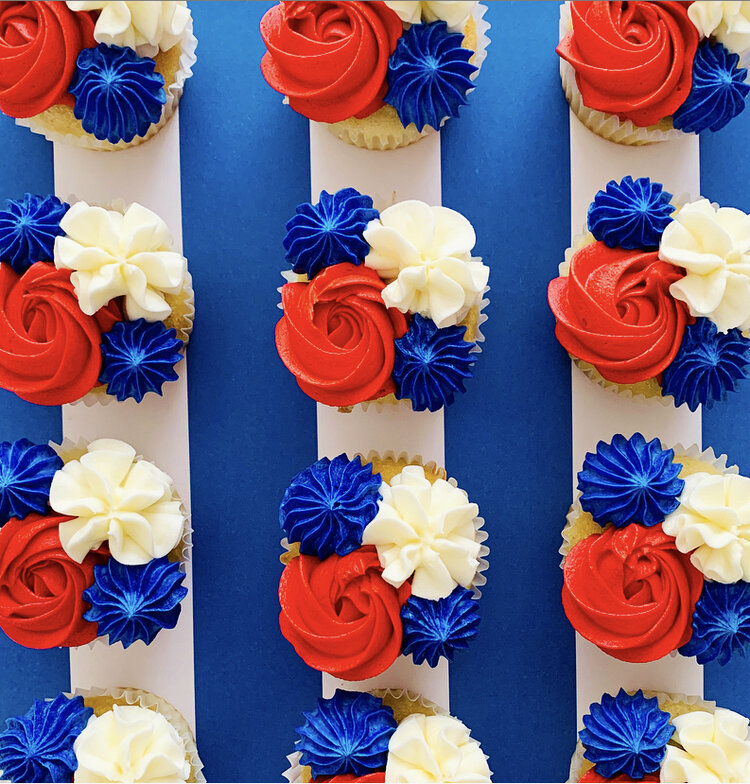 A month before the election, an announcement goes out to the congregation to start preparing for the bake sale. The night before, the church kitchen fills with pies, brownies, cookies, and cakes, which are then organized and priced. A smaller election might raise between $600 and $700 for the church’s outreach to neighbors experiencing homelessness. A major election could net a couple thousand dollars.

“What I like is the number of people who come over and visit with us,” says Kay Jordan, who organizes the sale. “One man told me, ‘I voted early, but I came back here today for the pie.’ Someone who came later walked up to the table, saw what we had left, and immediately punched a number into his phone to call a friend. ‘Bad news: no pie,’ he said.”

The pandemic has cancelled Trinity’s and other Election Day bake sales this year, but Rachel Mullen of Primas Bakery + Boutique is stepping up to the plate. Rachel is a professional pastry chef with a special affinity for almond petit fours with raspberry filling. 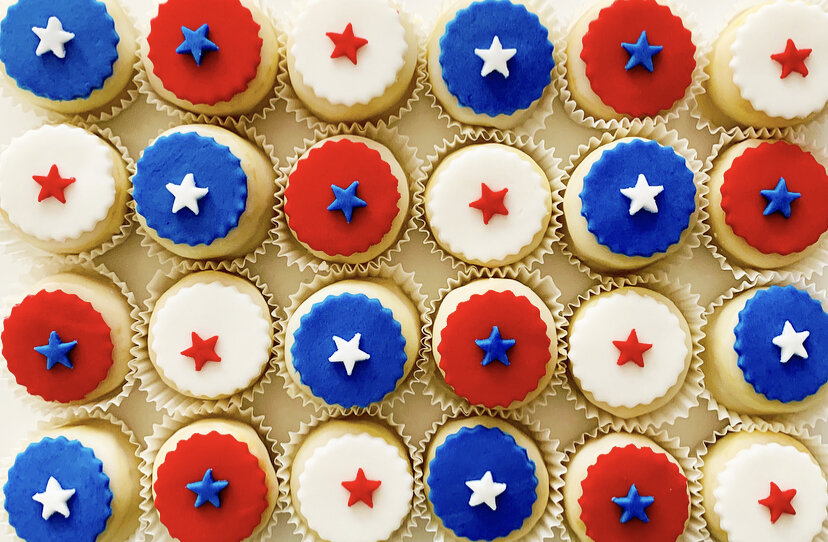 “We want to encourage everyone to vote, have fun, and then treat themselves afterwards,” says Rachel.

Treating yourself on Election Day won’t be hard to do at Primas, located at 523 South Main Street and open from 9 a.m. to 2 p.m. on Tuesdays (9 a.m. to 6 p.m. many other days). Rachel will have patriotic petit fours, star-spangled shortbread, donkey and elephant cookies, and macarons flavored blueberry, raspberry, and funfetti. Call me crazy, but these might be even more delicious than raisin and mace cake made with potato yeast. Rachel is also honoring the tradition of women’s empowerment and fundraising by donating a portion of her Election Day proceeds to the local chapter of Girls Inc.

So, if voting alone isn’t enough to put you in a good mood, try an Election Day bake sale.

Whether you’re drowning your sorrows or celebrating the victory of your candidate, you’re welcome at this party.

Primas will even be selling “I voted” cookies as an homage to those ubiquitous stickers. This year, I won’t have to choose between my favorite election symbols. I’ll have my cookie and eat it too.

Heidi Rupke finds pleasure in maintaining the practical skills her grandmothers loved: quilting, gardening, keeping chickens, and cooking from scratch. She enjoys biking around Midtown with her family and will drop everything for a good plate of Japanese-style pickled vegetables. @rupkeheidi

The Poetic Grind of Sweet Magnolia