Our #FamiliarFaces are people in the food scene whose faces you might recognize but whose stories you probably don’t know. They are good at what they do, fun to talk to and just seem interesting—people we all want to know more about. So we’re starting the conversation for you! 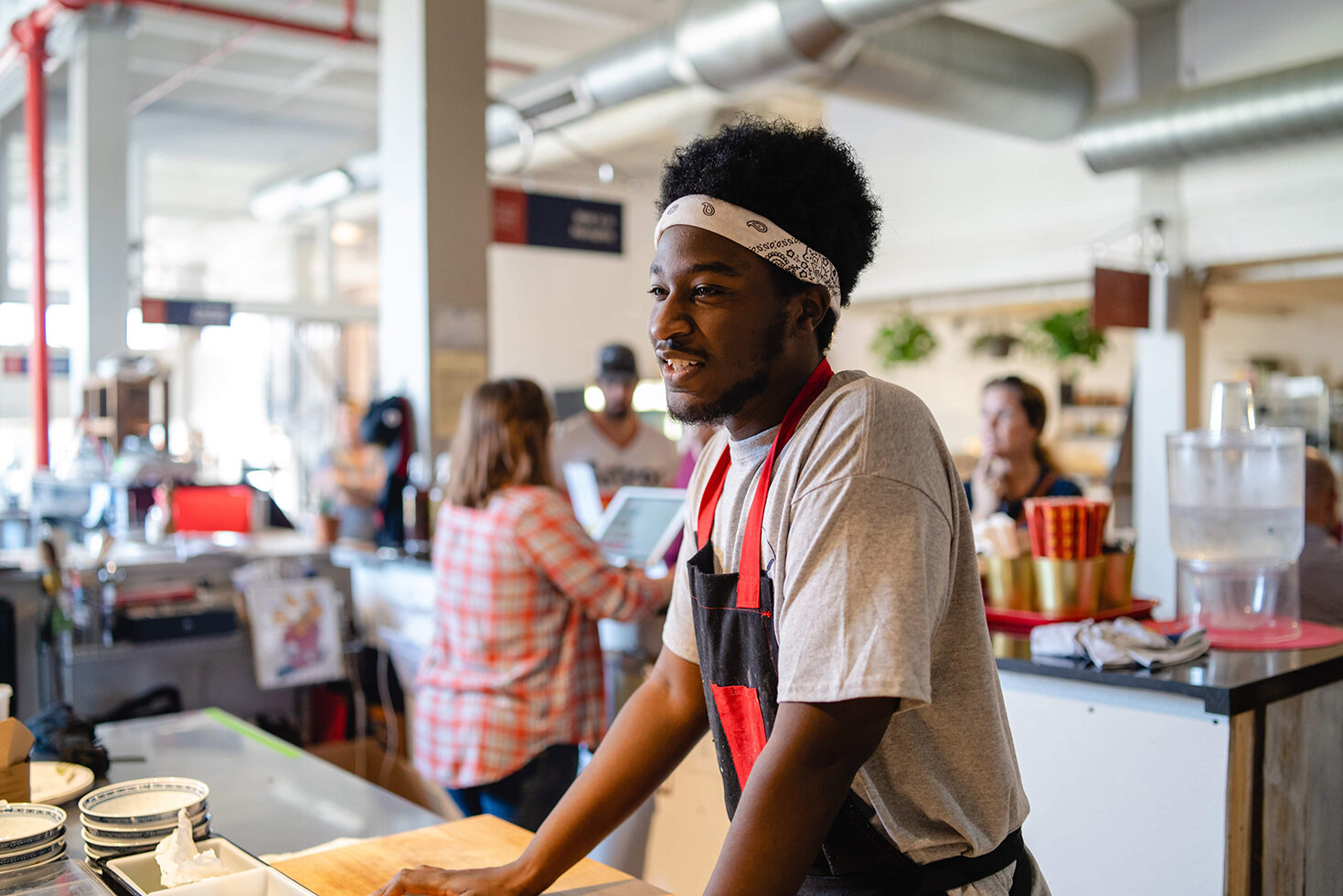 Meet Gerald Darling, a cook at Wok’n in Memphis in the Puck Food Hall.

He’s a 26-year-old with roots in Miami and big dreams for his future. With a degree in international policy and grad school starting soon, Gerald hopes to spend his life “fighting for the greater good of humanity.”

And if his best dreams come true, he’ll get to infuse that fight with his love of food.

In his travels, he’s heard Gandhi’s great-granddaughter talk about dismantling apartheid’s remnants in South Africa, worked in the aftermath of natural disaster in Haiti, and seen poverty in his own extended family in Miami. And in Memphis, if there’s a protest, he’s there, he says.

“I can unironically say I’m a social justice warrior, but hopefully in the best way possible,” he says. “Food is very much part of the fight for justice; the breaking of bread is healing and necessary for the human spirit.”

We are inspired by Gerald’s love of food and humanity and think you will be too! 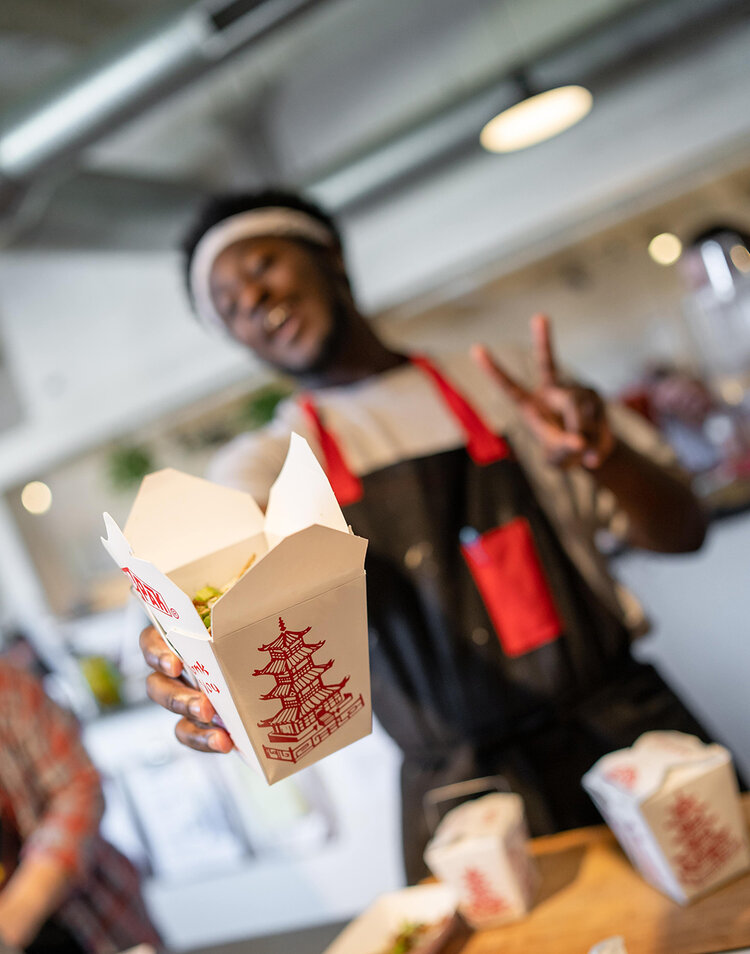 Edible Memphis: Where did you grow up? How did you land in Memphis?

Gerald Darling: I’m from Miami, and I’ve been in and out of Memphis for the last two or three years. My dad works here. I’m starting grad school soon, but I’ll still be popping up to work at Wok’n in Memphis. I’m getting my master of arts in global studies.

How did you get into the restaurant industry?

My fallback has always been going to the kitchen because it’s a gift I have and I know I can’t run from it. I started working in food when I was eight years old and since then have had a passion for it. My uncle had a fried fish food truck, and I worked with him. Another uncle owned a barbecue stand in Miami; he had a smoker he would haul on his Ford F-150. I love soul food and African American cuisine, and living abroad I developed a palate for Asian food. My mom really pushed me to pick up food as a hobby and a monetized skill set. 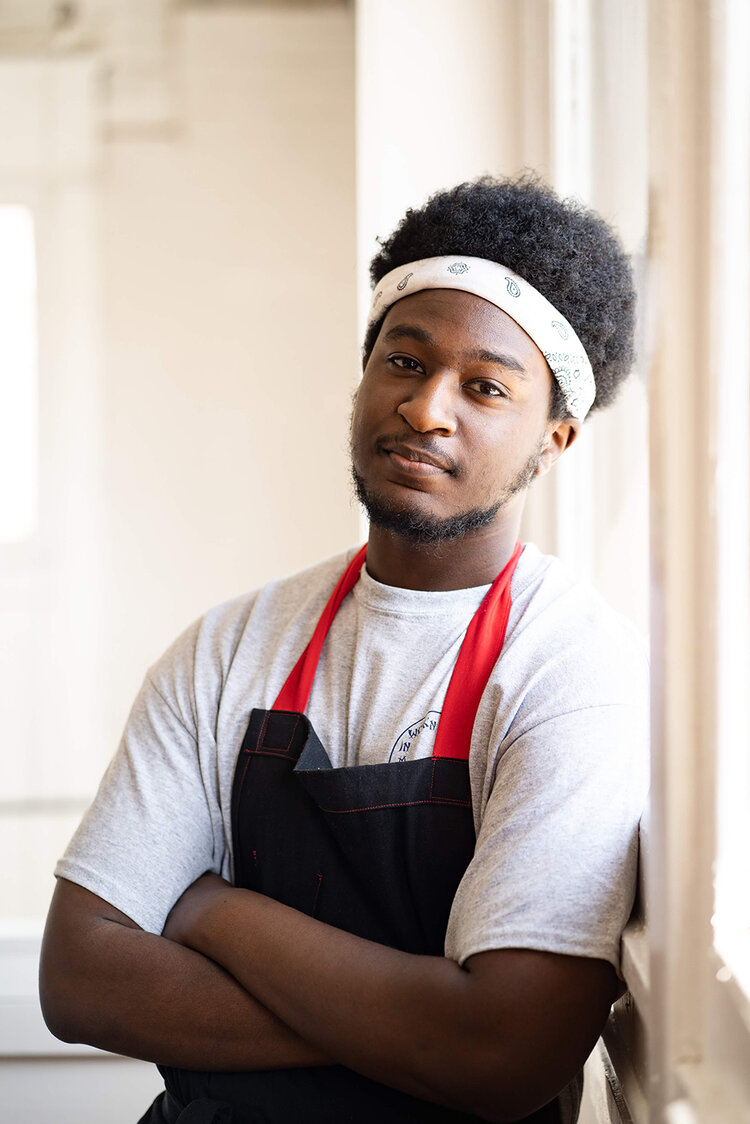 What are your responsibilities at Wok’n in Memphis?

I’m one of Spence’s [Spencer Coplan, owner of Wok’n in Memphis] right-hand guys. My role at Wok’n in Memphis has been fun and interesting. Spence spent time in Asia, and I lived in Japan for a little bit. We both have a palate for Asian cuisine.

What’s cool about your job?

The freedom for creativity. I grew up watching Iron Chef and a Japanese version of Iron Chef. I’ve always had this idea of chefs being—can I say “hard asses”? But Wok’n in Memphis is a gift because there’s creative energy that allows you to thrive. That collaborative spirit, and the friendship we share, create a really healthy work environment. And there’s a rewarding factor when you get to serve people. Making a good meal for people is a sacred thing. Breaking of bread and giving someone a good meal feel very important in the human condition. 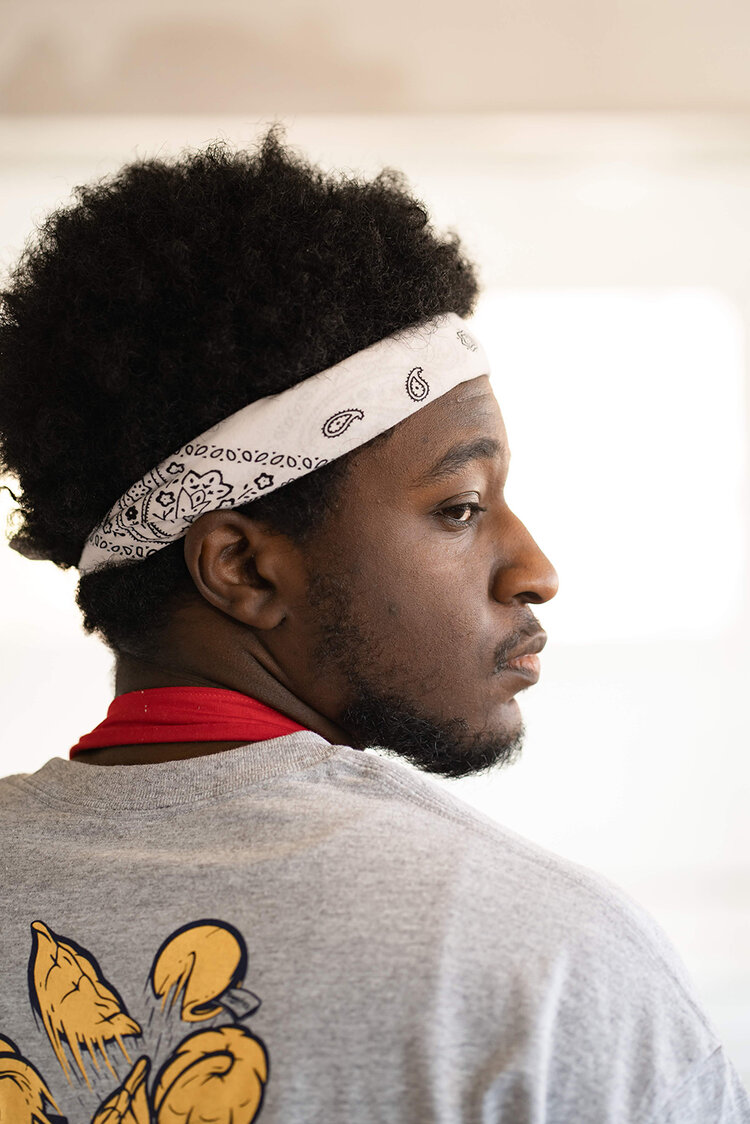 Does anything stress you out at work?

The biggest part is when we have our rushes. Trolley Night we both love and hate. We love the fact that we get to crank out really great food, but it’s a hell of a lot of people.

What’s something people don’t know about Wok’n in Memphis?

We really do our best to try to study the East Asian cultures that we draw our food inspiration from. Spencer’s a Jew and I’m a black guy. We’re ethnic people, but we’re not Asian American. We really do our best to honor the OGs of the Asian cooking world. Everything we do is heavily researched and done to respect culture that we’re trying to honor by cooking their food. 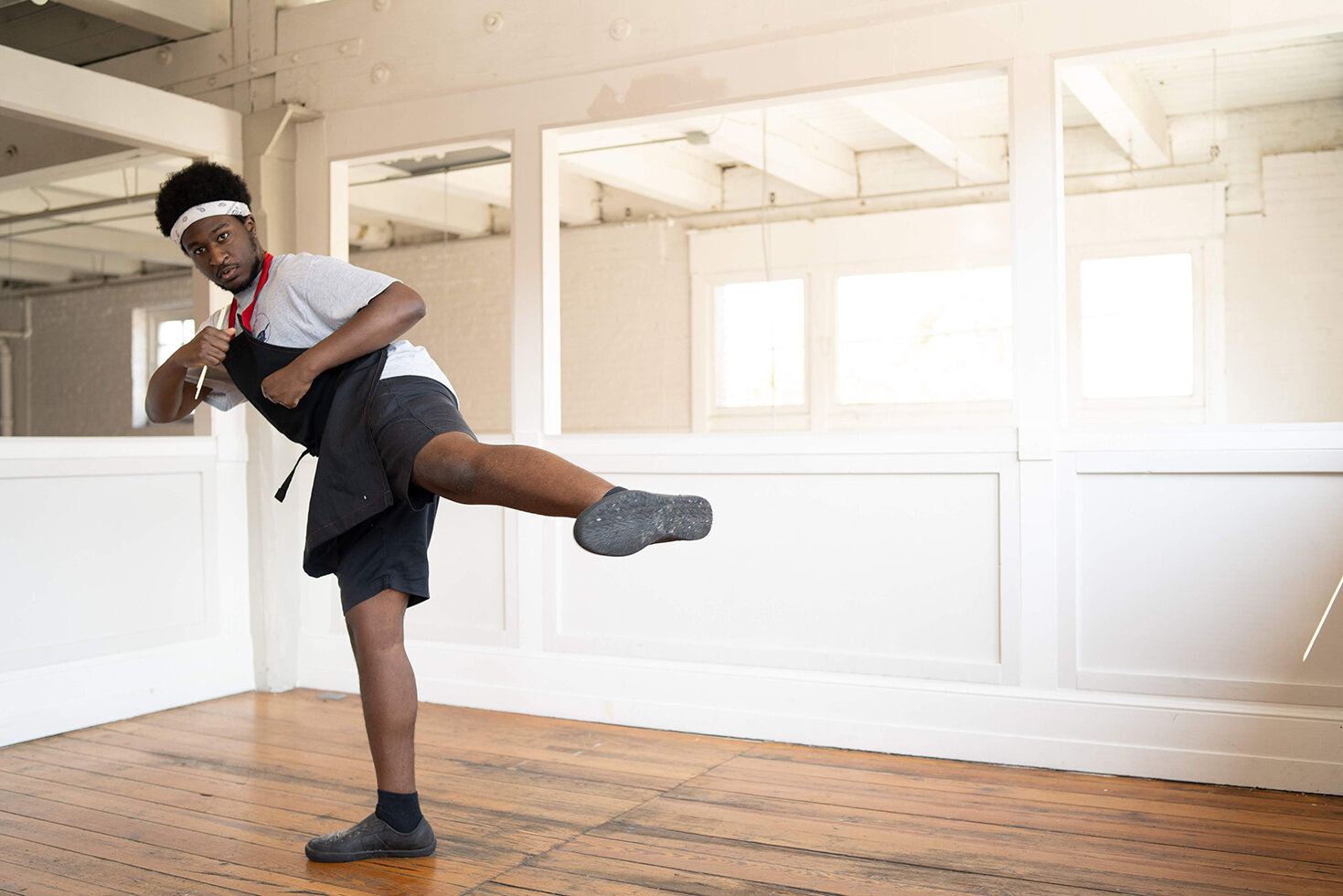 Working with the State Department or with a nonprofit that does international social justice work. Fighting for people to have their autonomy. Making sure as Americans that we’re creating systems that are making sure people we’re working with in marginalized parts of the world are fully empowered themselves. I want to see people fully empowered in their God-given personhood. That’s why I like working in food so much. Feeding people is empowering them—a sacred exchange of making sure people have a hot meal so they can go forward.

Do you have a side hustle?

I’m really into fashion. Bailey [Biggers, owner of Low Fi Coffee] and I are working on a project called Eqls. It’s her baby; I’m the uncle. It’s a crossbody bag or fanny pack-type brand that’s focused on gender-neutral, inclusive styles. We’re trying to get funding and make it into a social-enterprise brand where a lot of the proceeds go to social equity. We’re on Instagram @eqlseveryone. 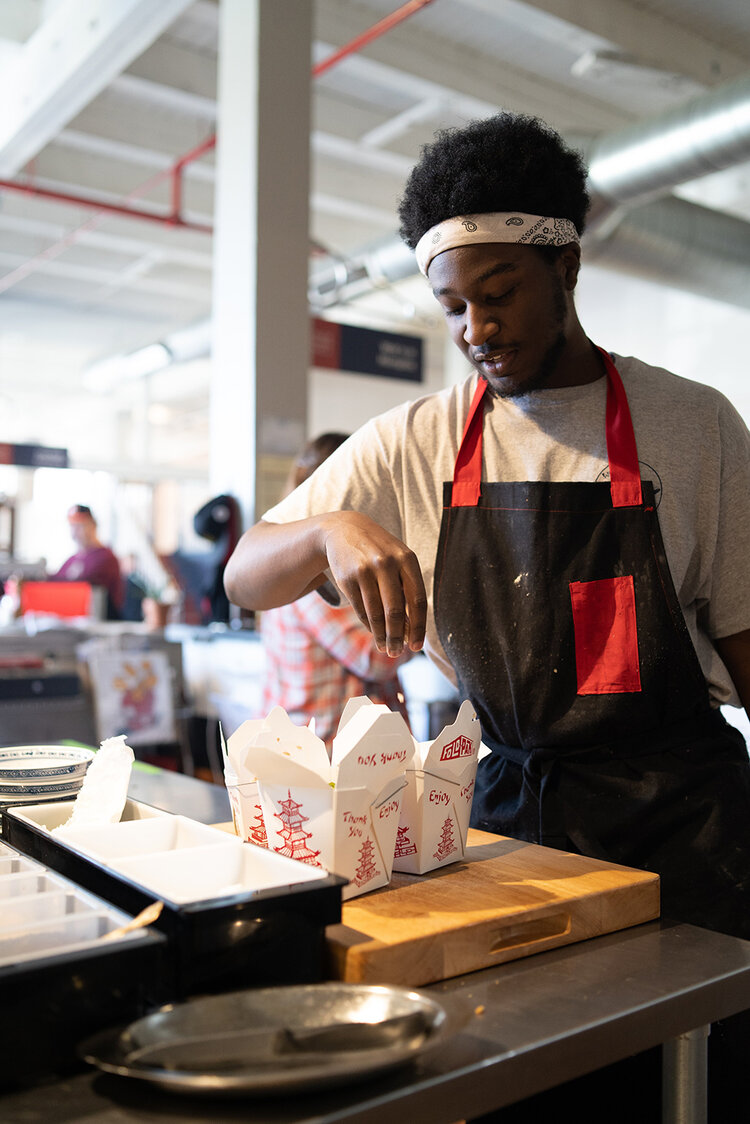 What’s a typical meal for you at home?

My dad and I cook a lot together. He loves making a lot of Caribbean dishes, being that Florida is so influenced by that culture. He and I make an oxtail, which is a very in-depth dish to make. I make a lot of easy-to-make Japanese dishes. My mom always wants me to make Japanese curry; it’s like a soul food, comfort food for me. I bake a lot too. My favorite cookie recipe is from Bon Appétit—Rick Martinez’s Brown Butter and Toffee Chocolate Chip Cookie.

Tell us something no one else knows about you.

I’m socially awkward in Spanish, Chinese and Japanese, and I was in Teen Vogue. 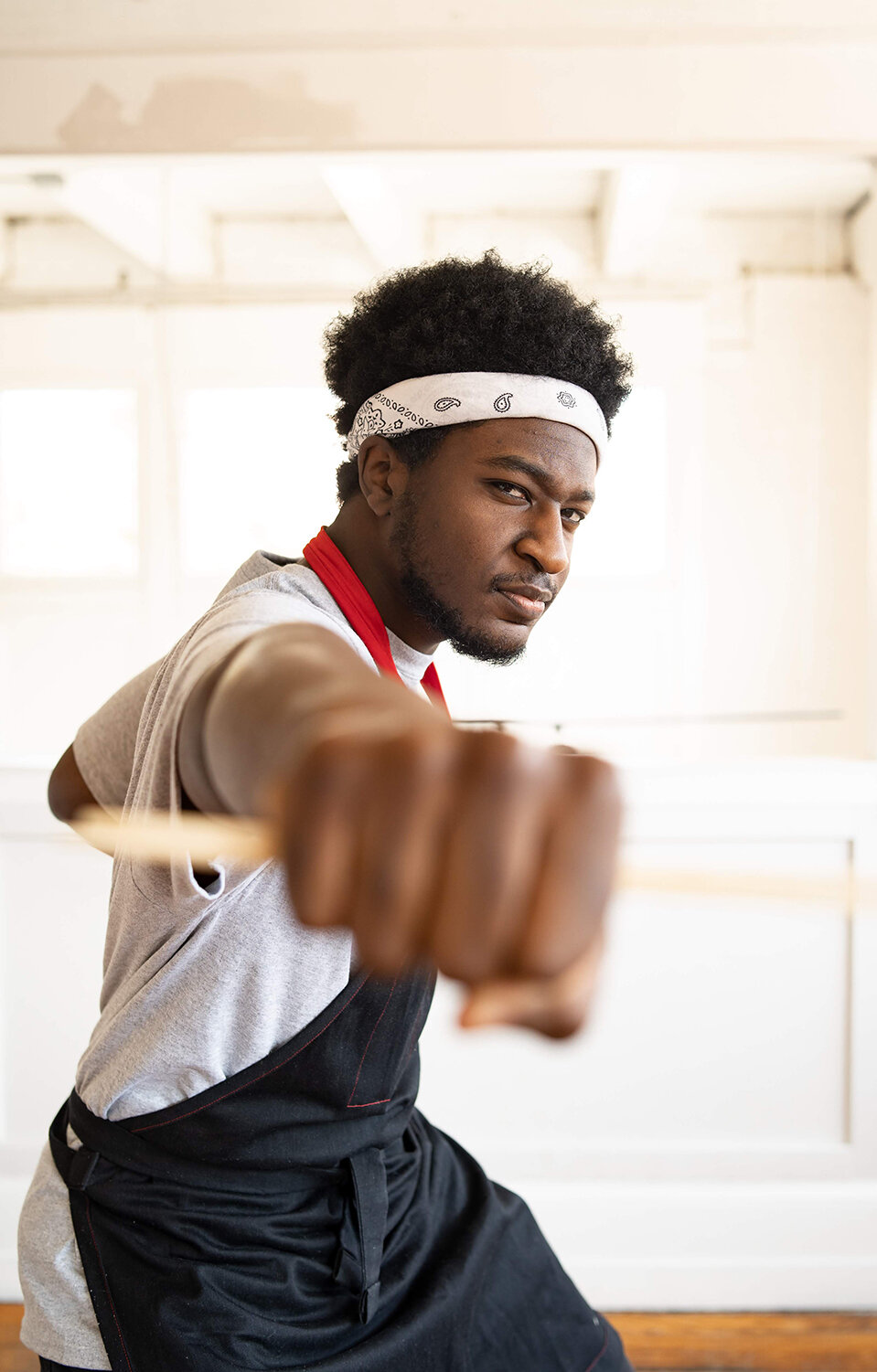 What are you reading, watching or listening to right now?

Reading: The Warmth of Other Suns by Isabel Wilkerson.

Watching: The Politician on Netflix.

Music: A Seat at the Table and When I Get Home by Solange. Her music has been a balm to my soul. It’s an expression of not just black pain, but black joy. It’s unapologetic, and that’s been very healing for me.

Have you ever been to Graceland?

To the farmers market?

That’s where I get most of my groceries. I like supporting local farms.

Yes, and I had an anxiety attack while riding it.

The food, and the people. 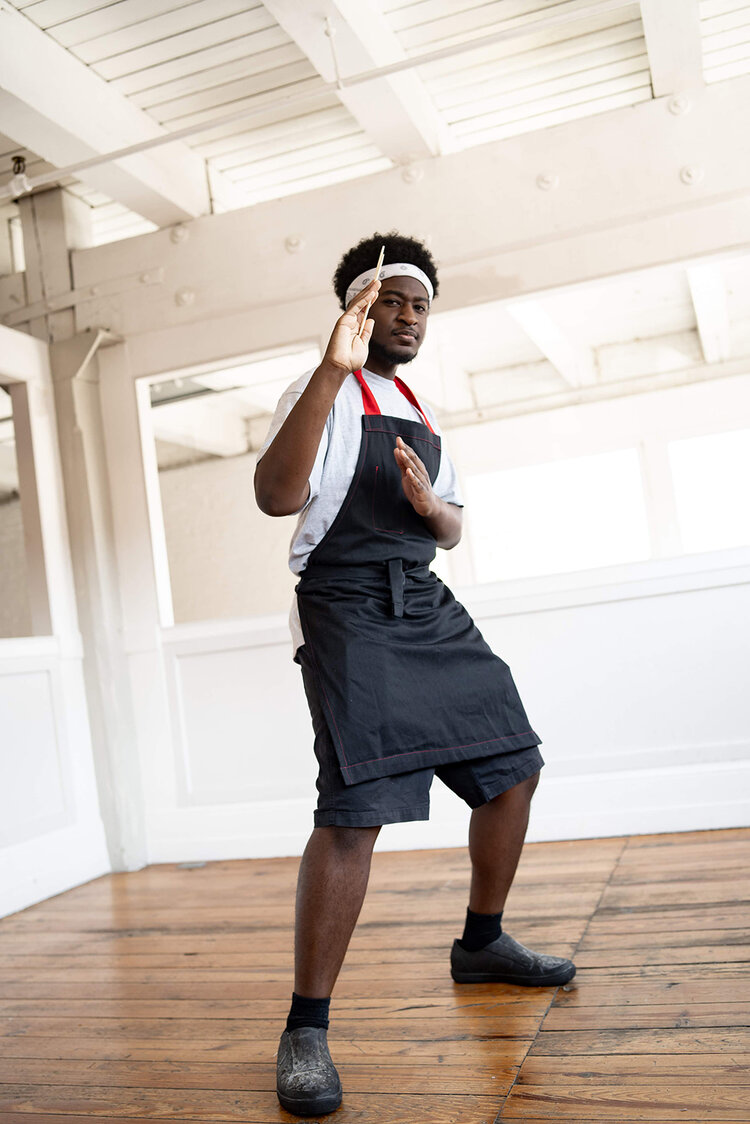 When a friend visits Memphis, where do you take them?

First to the Civil Rights Museum, and then after to Central [BBQ].

What do you do for fun?

Honestly, spontaneously hanging out with friends.

Tropical Floridian grandpa meets Japanese streetwear meets vintage ’90s aesthetics. It’s an expression of my own individuality. That’s why I think fashion is so important. It helps people be comfortable in the skin God gave them. It’s a sacred thing to do that. 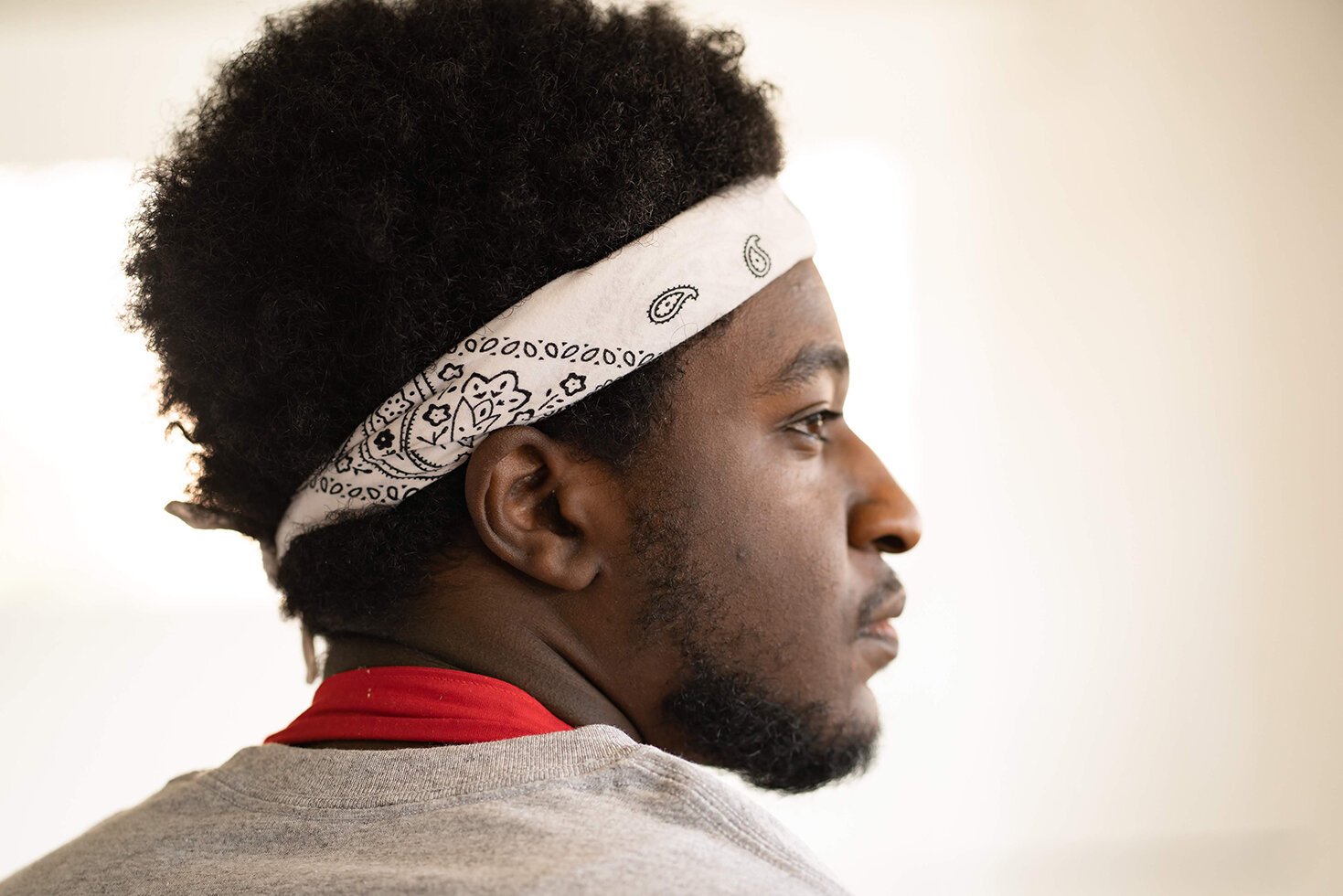 Right now there are a lot of people in my life who are five, 10, 20 years older than me who are speaking wisdom to me at once. Folks at Low Fi are my mentors, Spencer’s my mentor, my dad’s my mentor, Mo [Maurice Henderson] who does Cxffeeblack. All my bosses have poured into me and pulled out my potential. They’ve helped me be confident in my calling and using my gifts for the greater good.

Where do you see yourself in five years?

Ideally working with a really phenomenal nonprofit or government institution fighting for justice.

If you could have lunch with any Memphian, past or present, who would it be? Where would you go?

B.B. King. I’d just take him out to get some barbecue and listen to his wisdom about life and music, and women maybe.

Anything else we need to know about you?

I’ve grown up and lived and worked in several different cities around the world. Memphis has been a calm, safe space for me to return home; it’s a very good incubation city of sorts. People say that they want Memphis to be more like Nashville—but I want Memphis to be its most authentic self. I think she’s grown immensely, and I pray that everyone who’s part of this community is included in that growth. There’s so much good and potential in everyone who resides here. 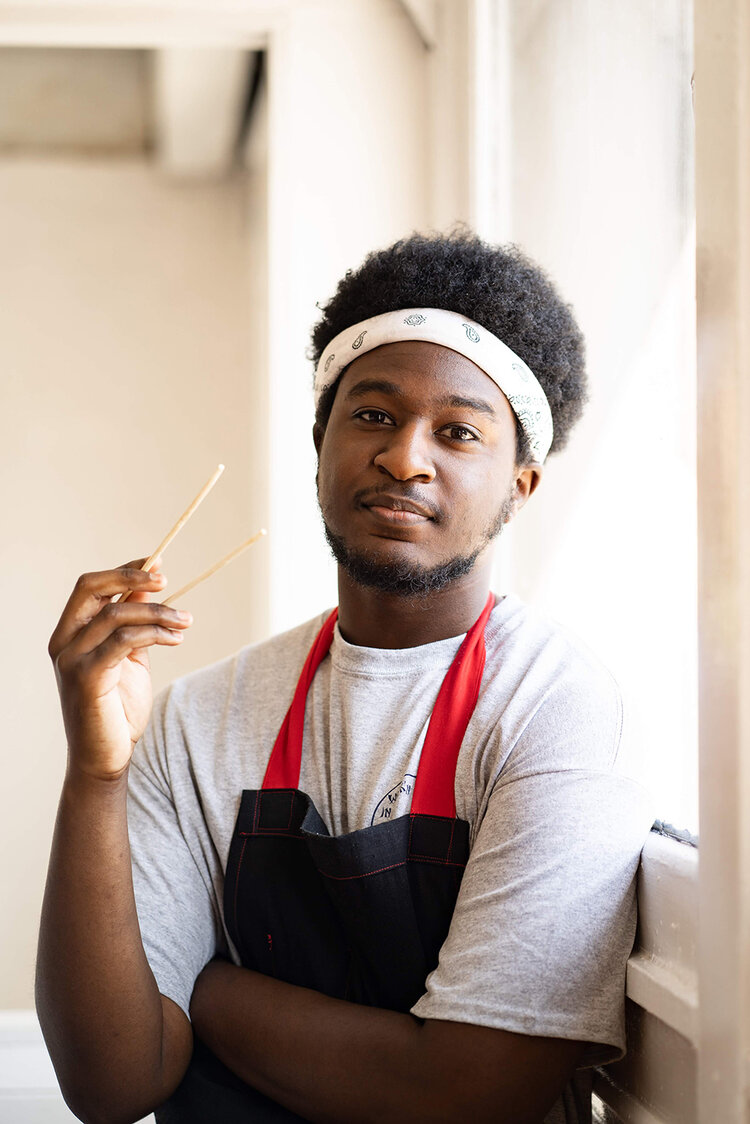