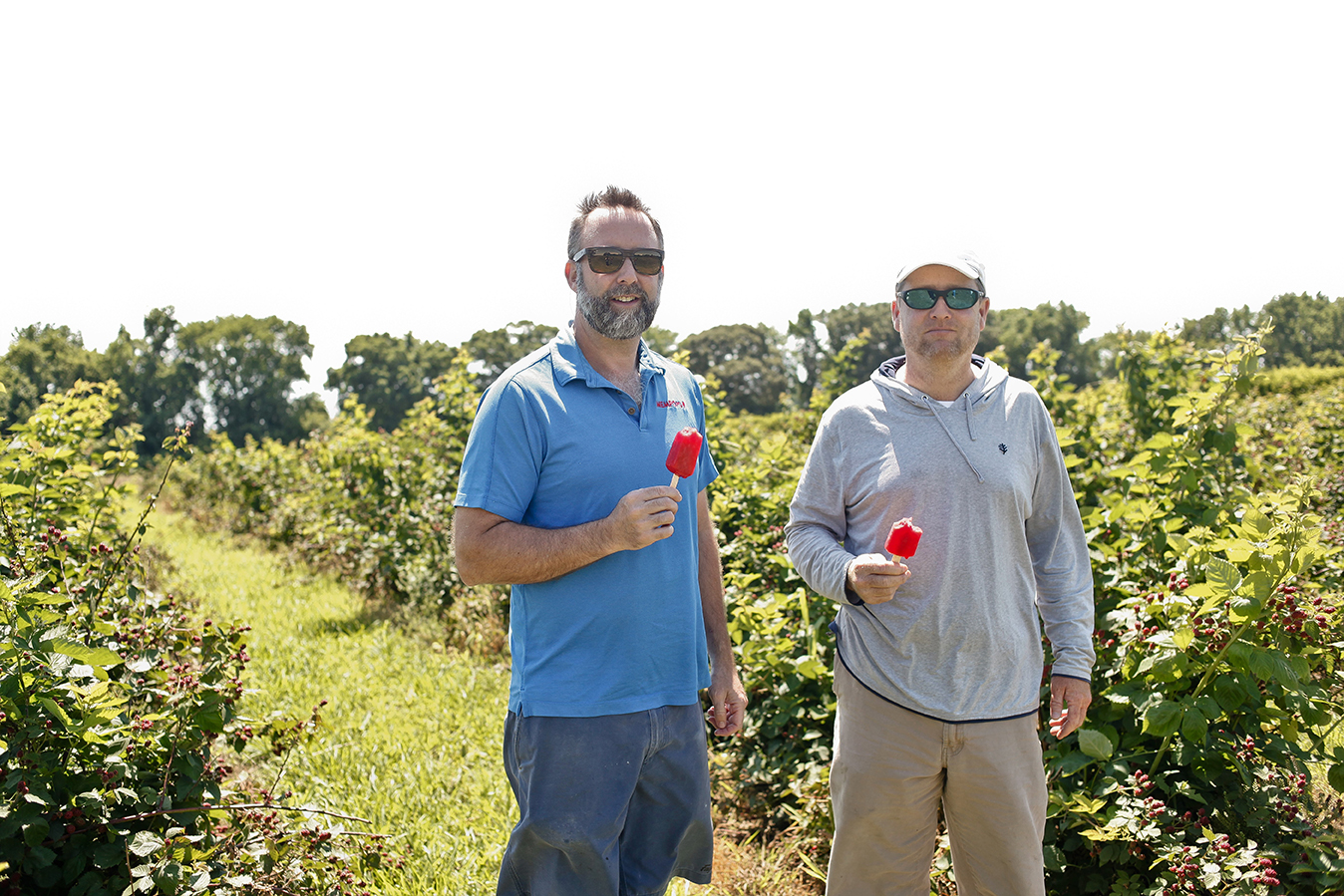 Taylor requests produce at a pace he’s quickly outgrowing, once again: A thousand pops a day. A thousand pounds of peaches a week. As quantities multiply year after year for the beloved Mempops mainstay, which now enters its fourth summer season, commitment to quality never waivers.

“We make everything, and I’m proud of that,” says Taylor.

“And we take the extra steps to make that possible.” 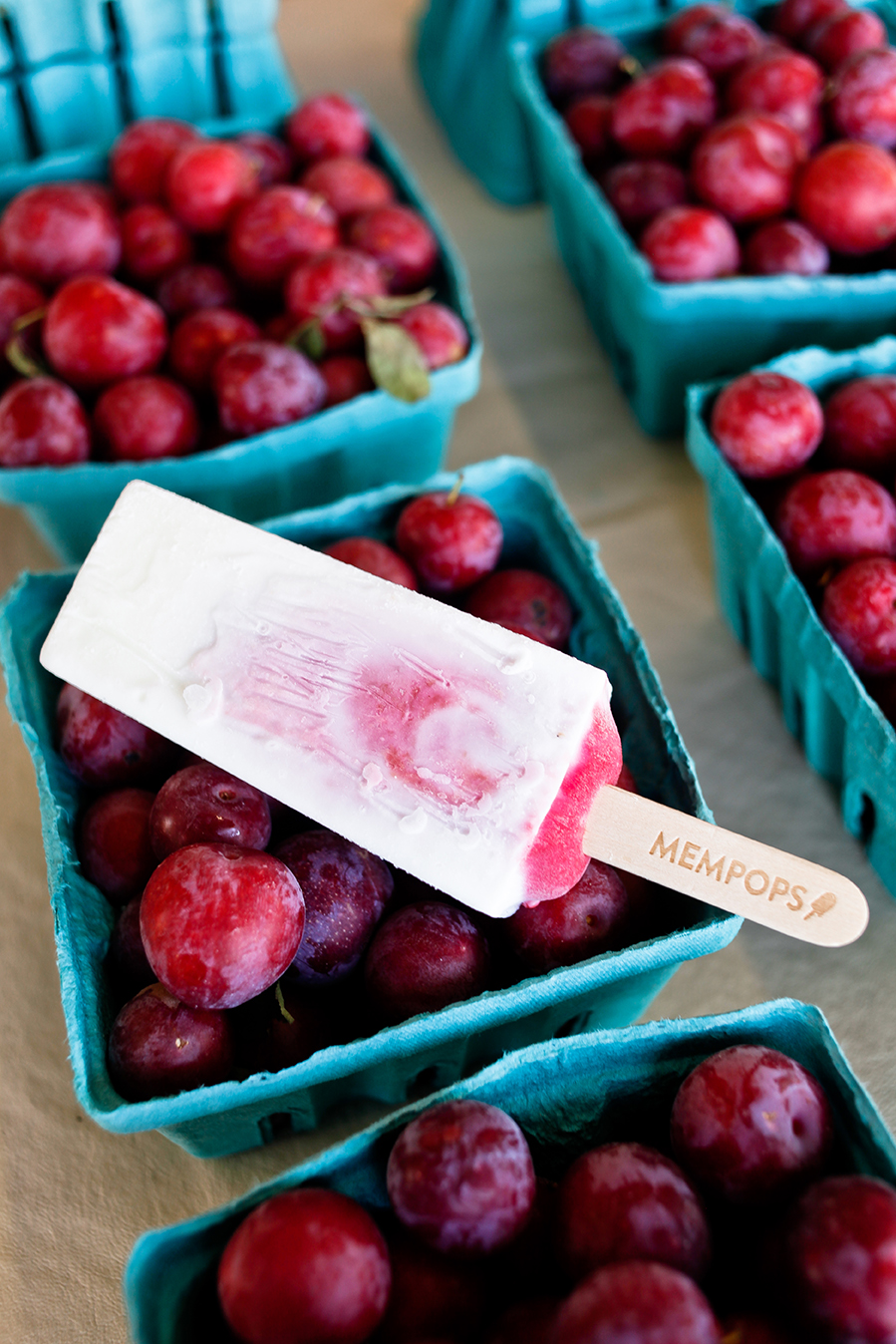 Locally sourced ingredients are at the core of the MEMPopS mission. Jones Orchard is a key player in carrying that mission forward in year four.

Taylor and Jones go way back to pre-popsicle-shop days, where they’d regularly converse at the Cooper-Young Community Farmers Market. Jones Orchard was founded in 1940 when the late HL “Peaches” Jones would sell peaches door-to-door in Millington neighborhoods. Almost eight decades later, the family-run farm continues to grow. Henry Jones leads farm diversification as well as outreach at farmers markets and with partners like MEMPopS.

“Our MEMPopS customers love the relationship,” says Chris Taylor. “They see the produce load into the shops in awe. It’s a good feeling to see what goes into it.” 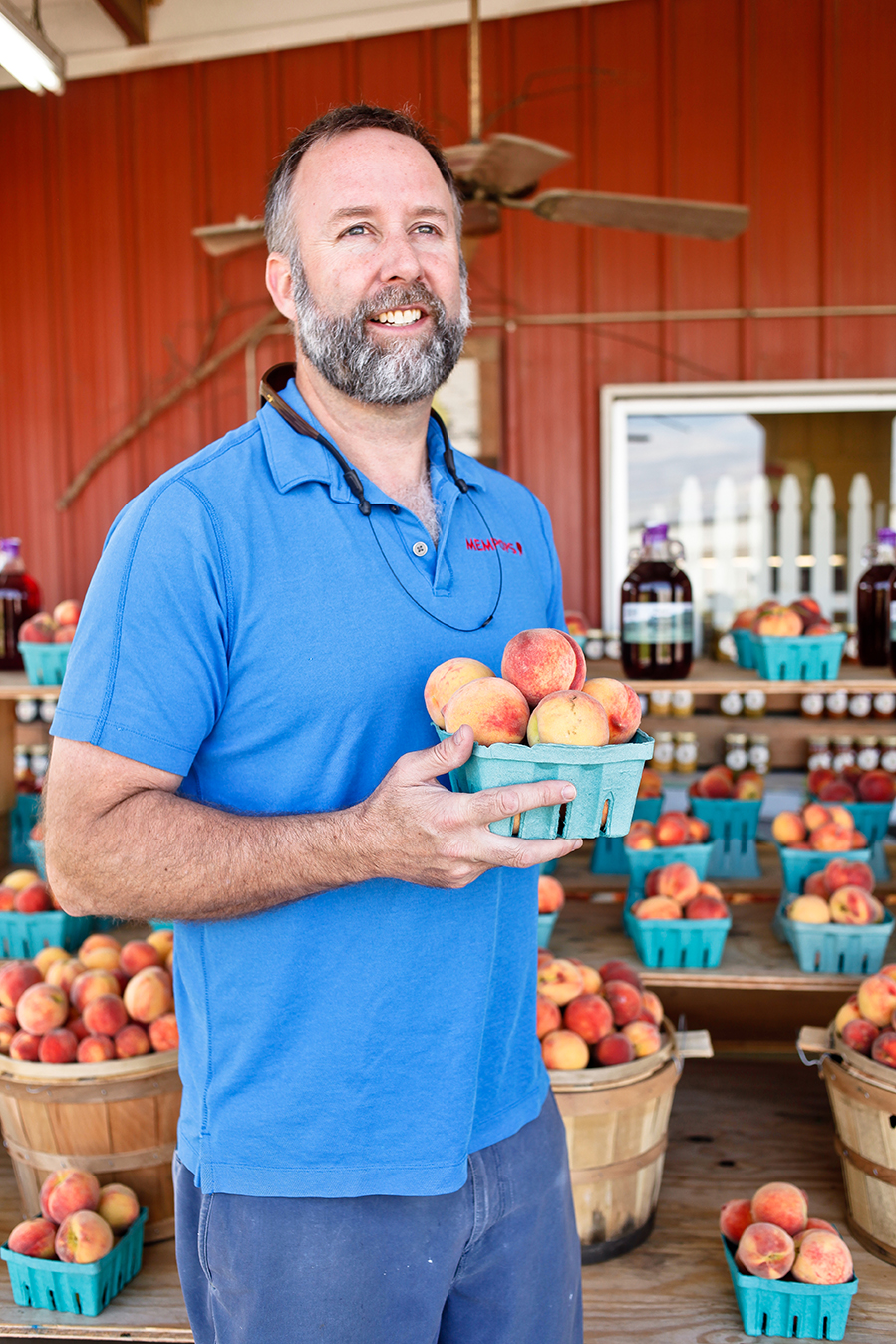 Jones Orchard, which Taylor calls his “one-stop shop,” provides MEMPopS with peaches, blackberries, blueberries and strawberries in the summer, and apples, pears and pumpkin in fall.

“Chris would at first come buy our produce at the Agricenter,” said Henry Jones. “But he started buying enough product to deliver at least a couple of times a week, whenever he needs something.” 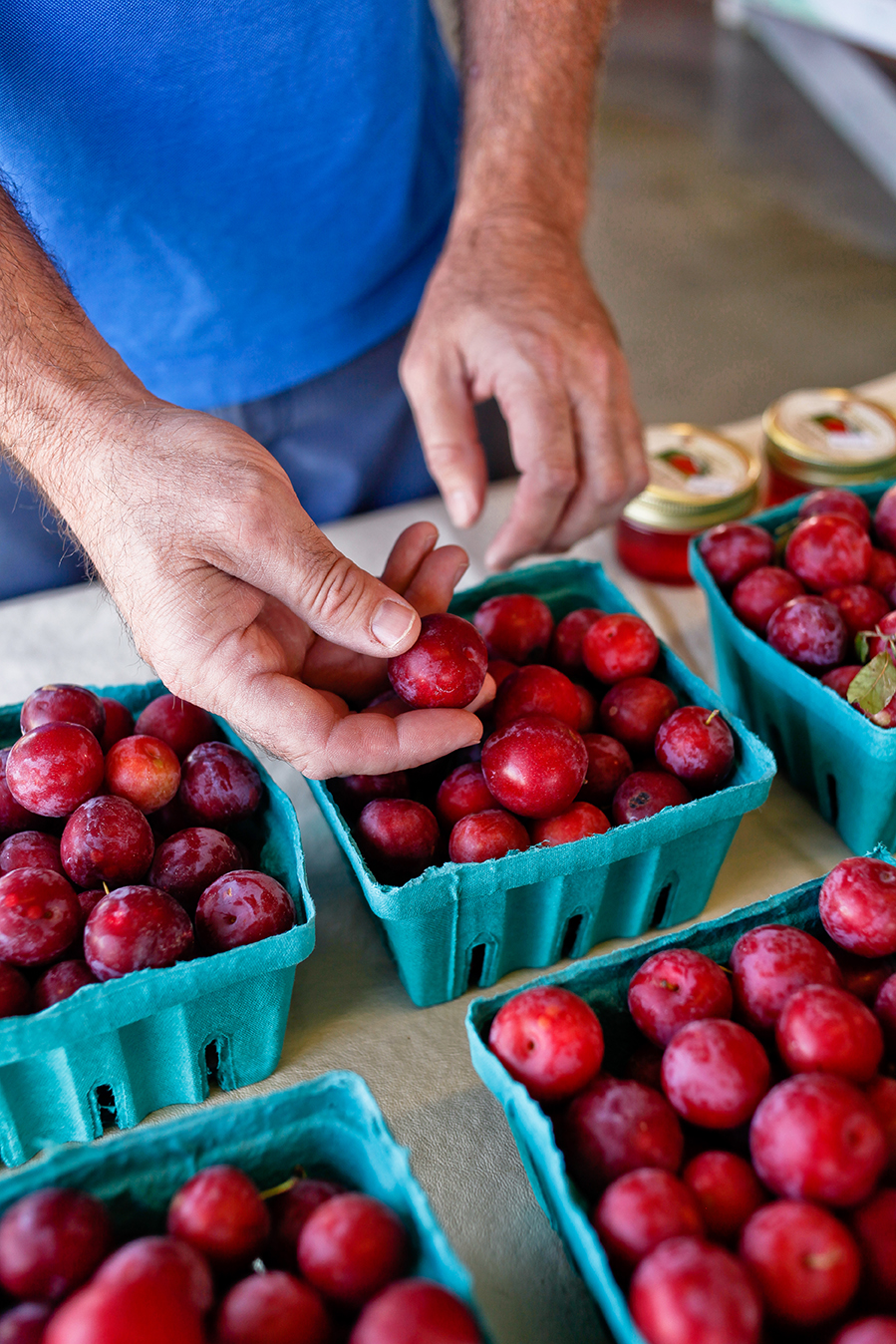 In addition to the bulk homegrown favorites, Jones Orchard grows some rare produce offerings, like pluots, a hybrid between an apricot and plum. MEMPopS takes advantage with limited-edition menu add-ons.

“Henry recently turned me onto canary melons, too,” said Taylor. “So we tried out a new niche flavor.”

Before they knew it, the flavor was sold out.

“We aren’t trying to find shortcuts or better margins,” said Taylor. “We are making a good product, and people buy into that. The ingredient might be more expensive, but it’s worth it to us.” 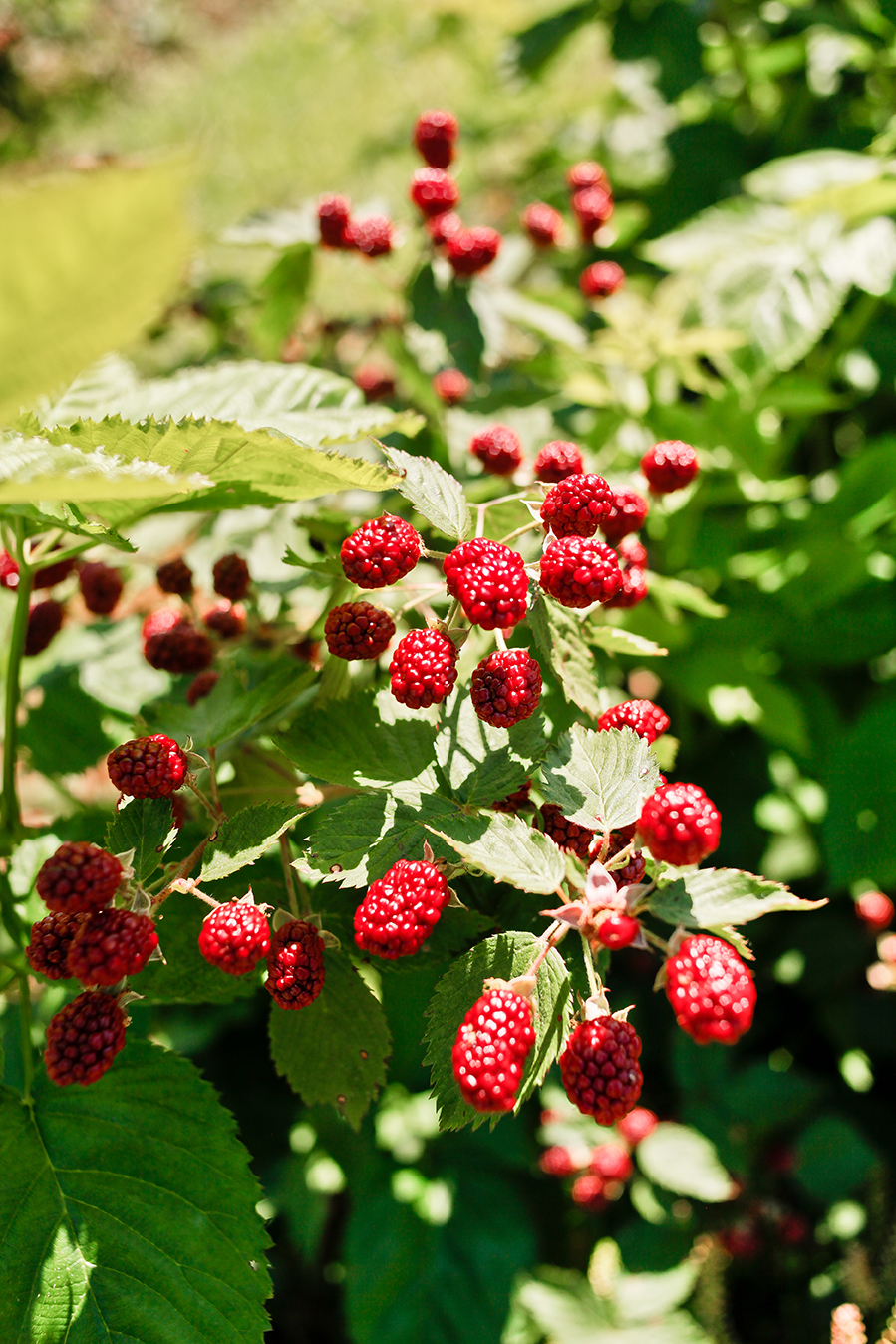 During the winter months, for example, the blood orange pop as an unexpected fan favorite. Whereas MEMPopS charges $3.25 per popsicle, the concentrated blood orange juice amounted to $1.75 worth of juice per pop. The smaller margin was met with minimal hesitation, however.

“People loved it,” said Taylor matter-of-factly. “So we kept making it anyway.”

“We received 70 cases of lemons this week, for example, and fresh-squeezed every case at our Crosstown location,” said Taylor. 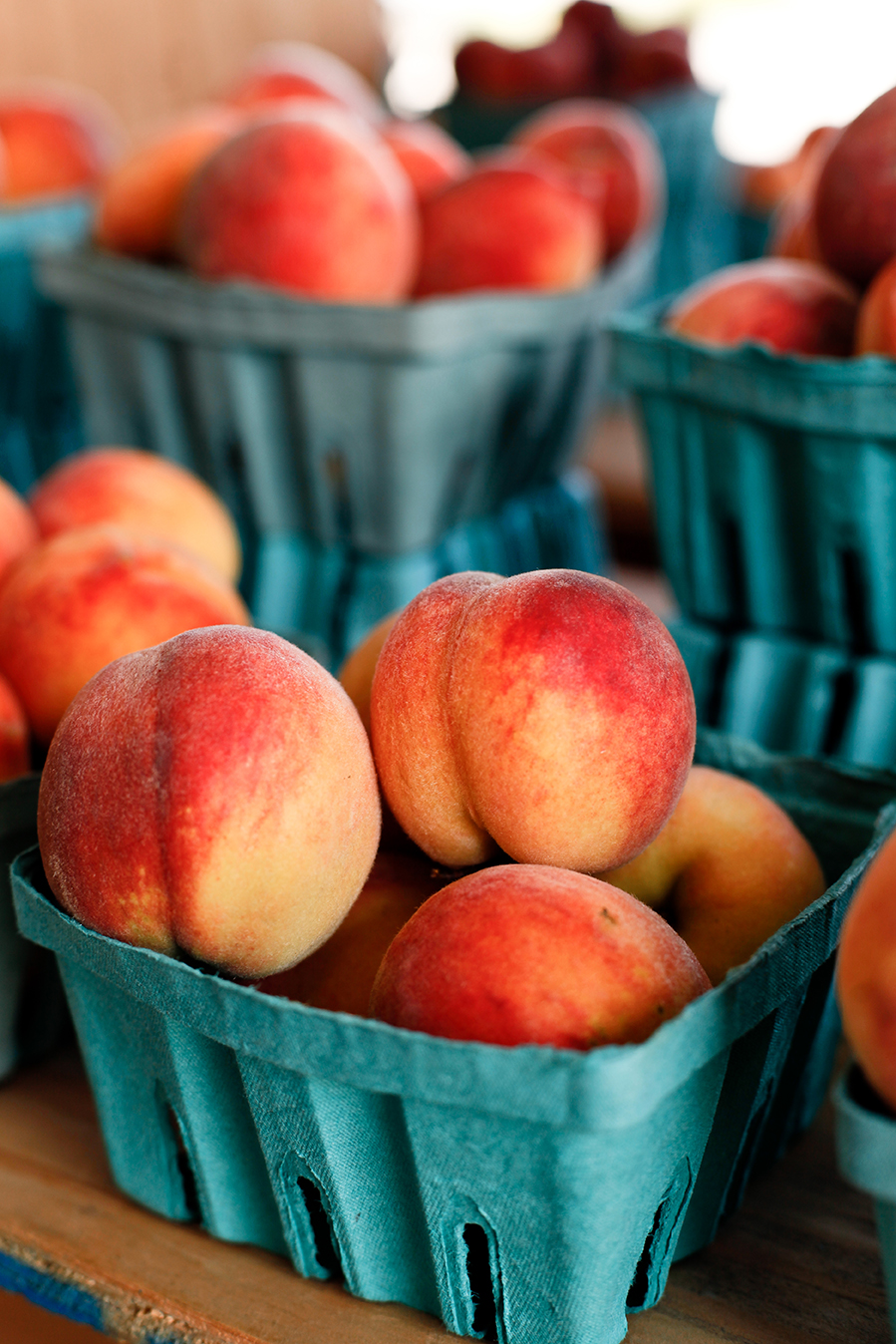 MEMPopS hires five full-time, year-round staff and brings in over 40 part-time employees between mobile pop-ups and brick-and-mortar stores. Taylor is mindful of hiring students both in the slow season and summers. He even hires his kids—if they’re feeling up to it.

“Over spring break, my nine-year-old daughter ran the register at our Ridgeway location for four hours straight, standing on a stool with my wife supervising,” said Taylor. “She’s learning how to run credit cards, add up change, talk to customers. It’s great.”

His six-year-old, Harry, meanwhile, juiced two quarts for a batch of pops.

“It was a total meltdown after four hours. A literal meltdown,” Taylor said. 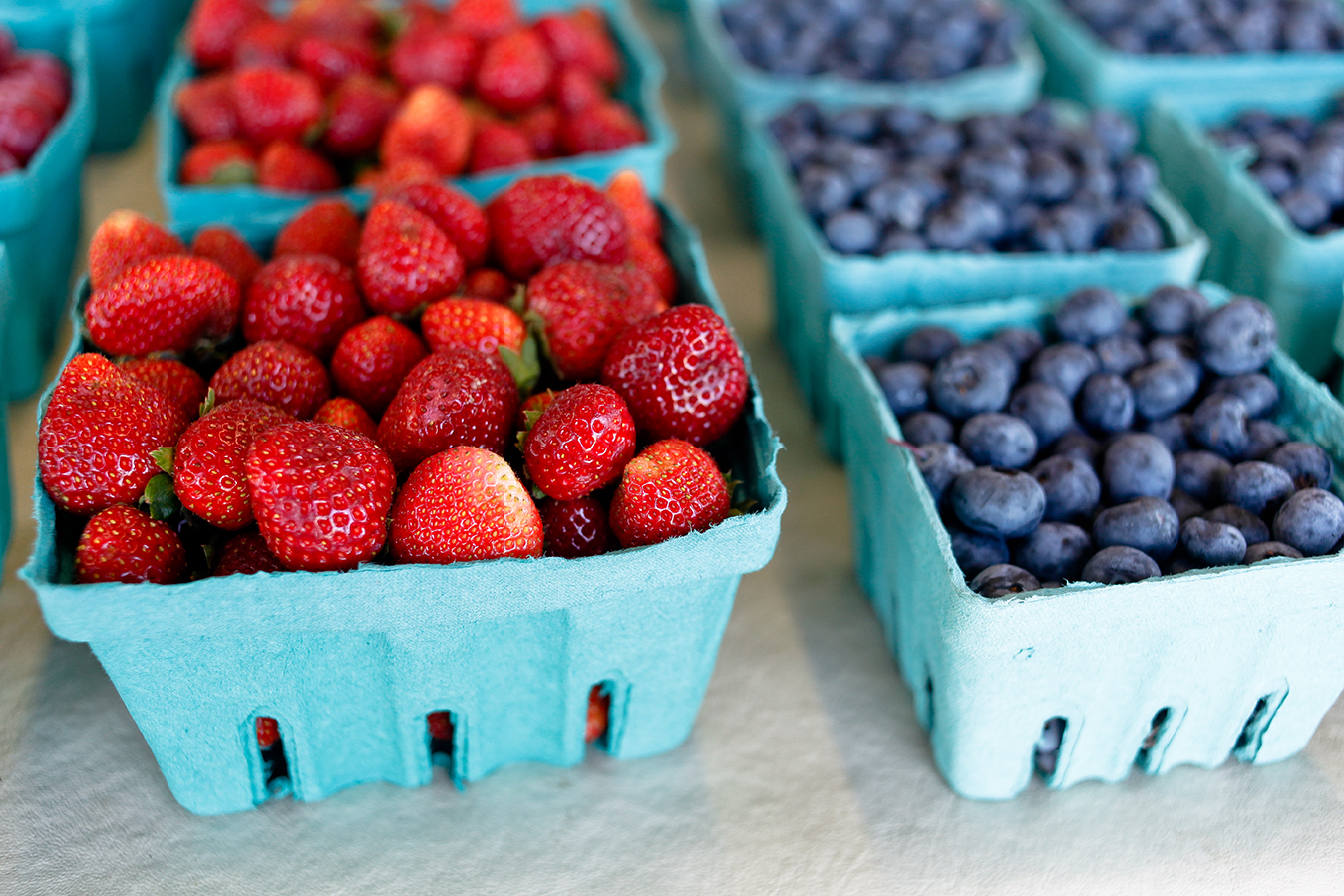 Looking ahead, Taylor is addressing MEMPopS’ supply-and-demand projections by opening a 2,000-square-foot production facility on Summer Avenue to “give us the room and the motivation to grow.”

Taylor’s entrepreneurial spirit is evident as he looks back on his four years. While he’s learned a lot, he says there’s a lot more they want to do.

MEMPopS will be back at summer hot spots such as the Levitt Shell, Big River Crossing and Shelby Farms, and is exploring regional opportunities that display the best of local. 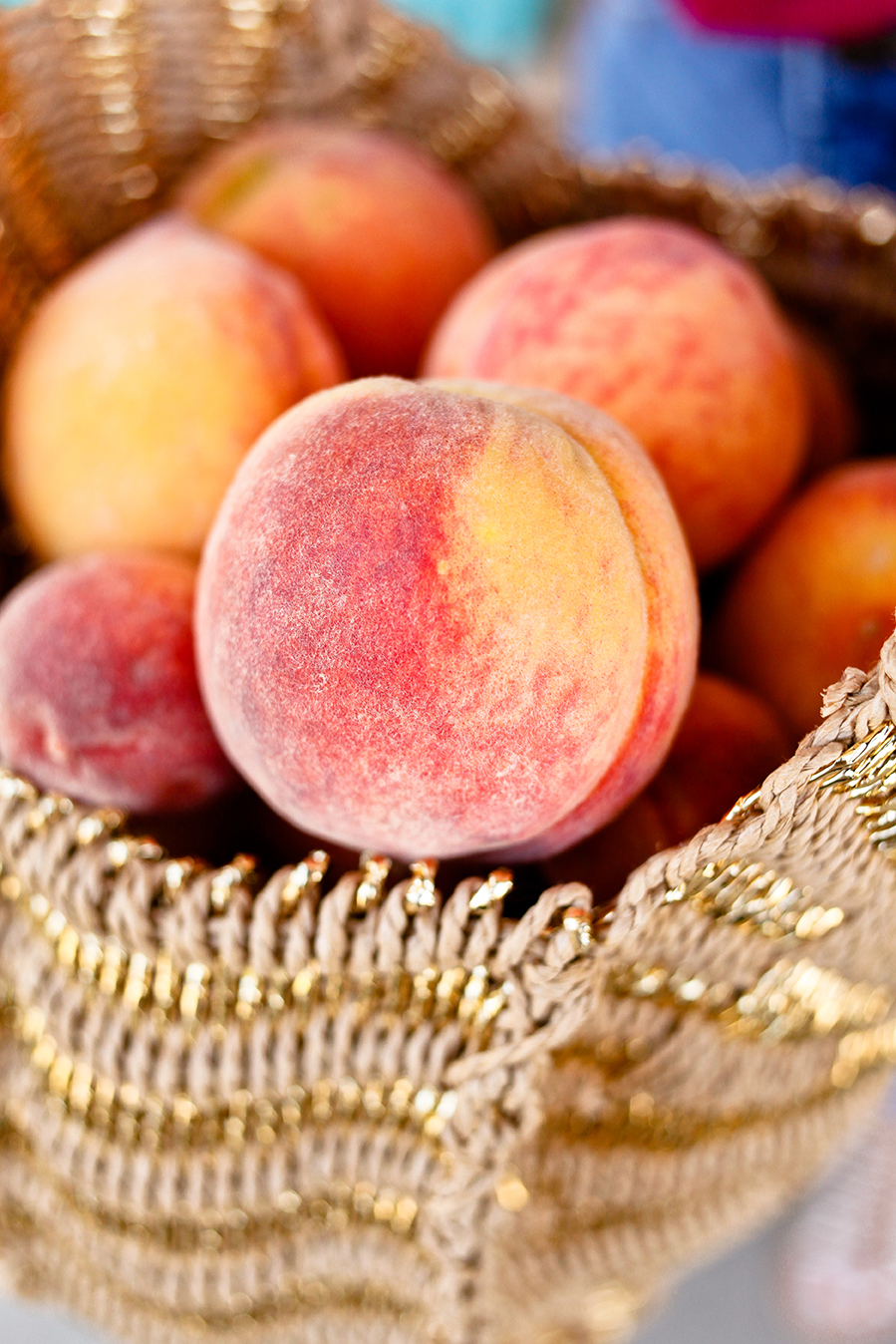 “We’ve mastered how we make the pops. Just like the chefs came up with the French ‘mother sauces’ of cooking, we have done the same with our popsicle base. And then it can evolve into a thousand different things based on the flavor add-ins. It’s a plug-and-play process now.”

Taylor’s explanation of the MEMPopS recipe base points to his culinary background. Before starting MEMPopS, he held longtime sous-chef roles at Felicia Suzanne’s and management roles at Central BBQ.

“We first make a custard, essentially an unchurned ice cream, and then we add whipped cream,” explains Taylor. “It’s still rich, obviously, and the consistency doubles the volume of batter, but it’s not too heavy on you.”

Taylor’s suppliers are also some of his biggest fans. Henry Jones and his family, for example, are MEMPopS regulars.

“Sometimes in the area we’ll just stop by,” said Jones.

“I love it all, and it’s different every season. I tell people, ‘Just hang on—it’ll change again and you gotta come back!’

“I think people are really getting tired of chains and fast foods. Local is key. It’s all part of the changing tastes and preferences of today, and we think it’s great.”

Cara Greenstein is founder and author of award-winning, Memphis-based food and lifestyle brand Caramelized. A bonafide foodie and entertaining expert, Cara offers a wealth of inspiration for the kitchen and home, as well as food and itinerary suggestions for outings in Memphis and beyond. @cara_melized

Kim Thomas is a lifestyle blogger and photographer based in Memphis. Launched in September 2010, her blog KP Fusion provides of-the-moment fashion, style and beauty tips and trends with a little Memphis flavor thrown in. @kpfusion

Drinking Outside "The Loop"