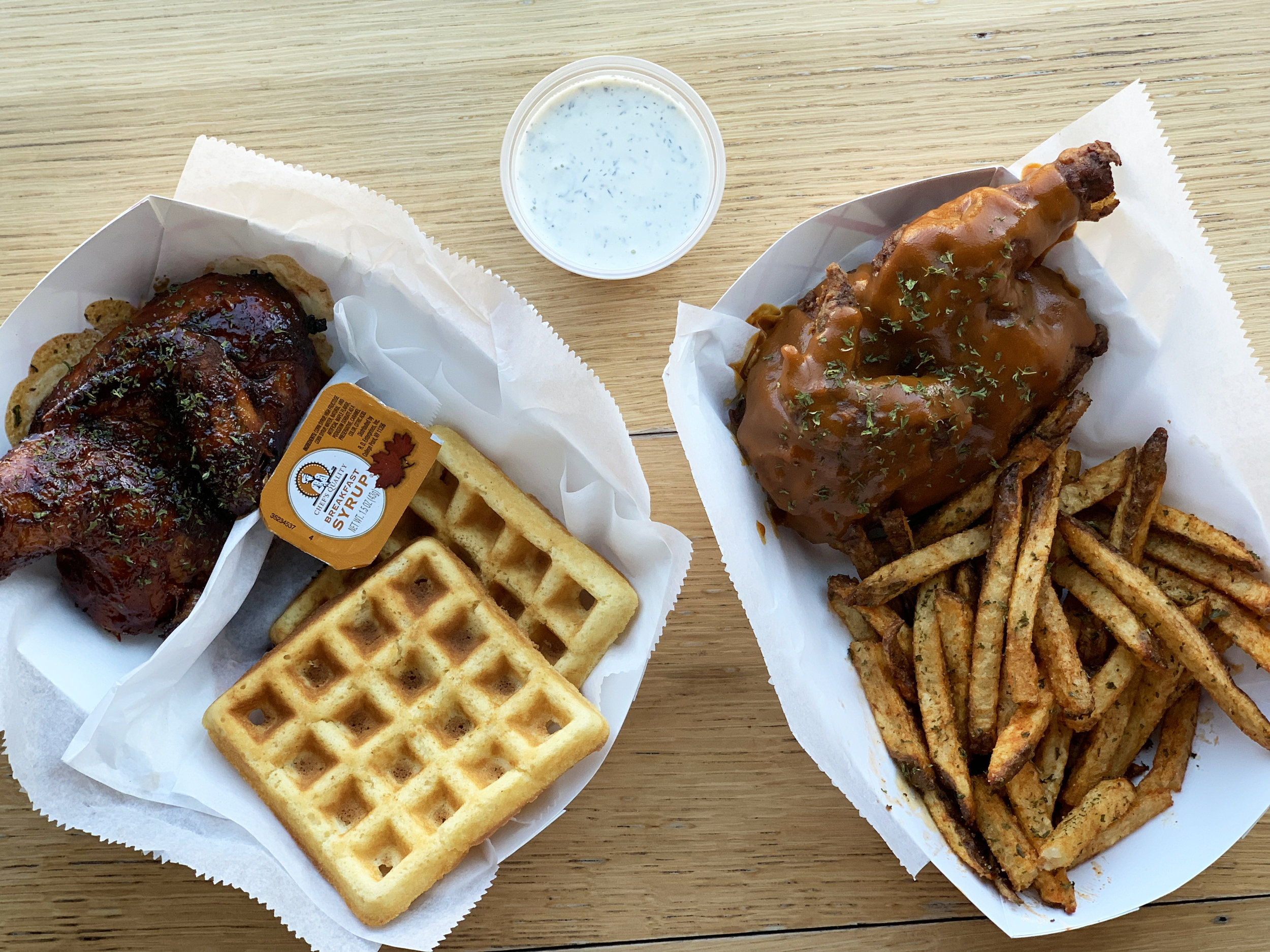 In a city where the food truck scene is continuously growing, you want to make a name for yourself.

What can your truck provide that helps you stand out from the crowd? Chef Sobryus (Sobie) Johnson had similar thoughts about six years ago when he decided to put passion first and pursue his business, Flying Sobie’s.

It’s all in the sauce. Chef Sobie was running the kitchen at Club Unity in West Memphis, Arkansas, where he specialized in wings smothered in his homemade sauce. His cousin called him one day saying there was a hot wing contest at the now defunct Poplar Lounge. Since Sobie entered so late, he wasn’t prepared for one of the requirements: a team name. He had to think on the spot: “Well, I know chickens don’t fly, but wings are associated with flying, and I wanted to have my name in there as well!” 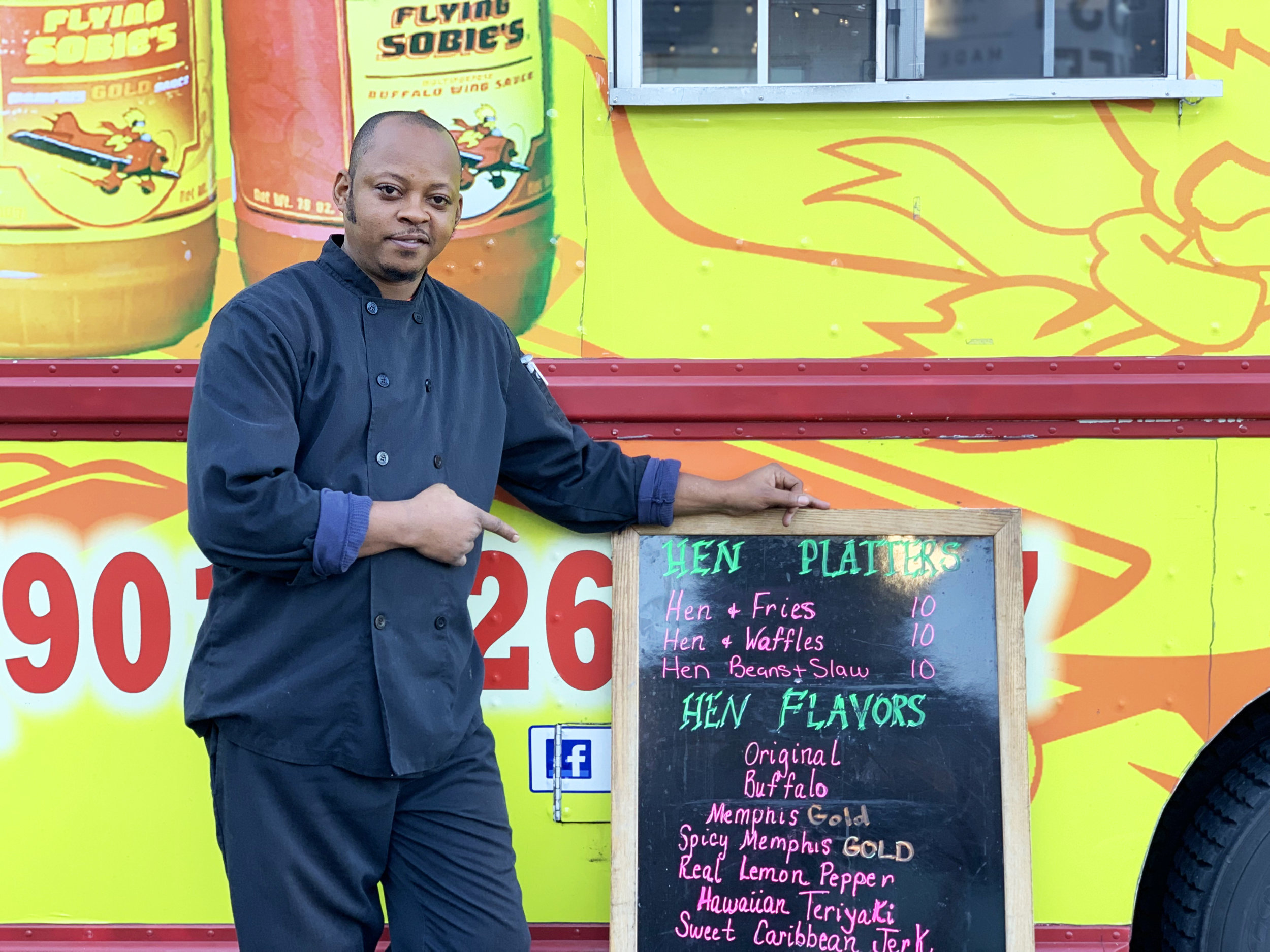 While wings were his forte, he started toying with the idea of building a food truck. “I wanted to be different,” he said. “I couldn’t think of anything, and then one day I said, ‘Wait a minute!’ I was cooking some Cornish hens and I decided, ‘This is what I’m going to do.’”

Sobie thought it was a great idea and started chatting with his friends and family to get their input. Their only worry was that many people don’t know what Cornish hens are. “I said, ‘Hey, people didn’t know about escargot until somebody brought it to them and said snails can be tasty! So can a Cornish hen.’ Most people cook Cornish hen during the festive season, but nobody thinks about it as a regular, every day meal,” said Sobie.

From there, Flying Sobie’s Hen House was born.

Their menu includes fried Cornish hens with a choice of fries, waffles, or beans and slaw. Best part? You already know. The sauce. Every sauce is made in-house and from scratch. Options include: Original, Buffalo, Memphis Gold, Spicy Memphis Gold, Real Lemon Pepper, Hawaiian Teriyaki and his latest creation, Sweet Caribbean Jerk. My go-to is a fried hen with Memphis Gold sauce. 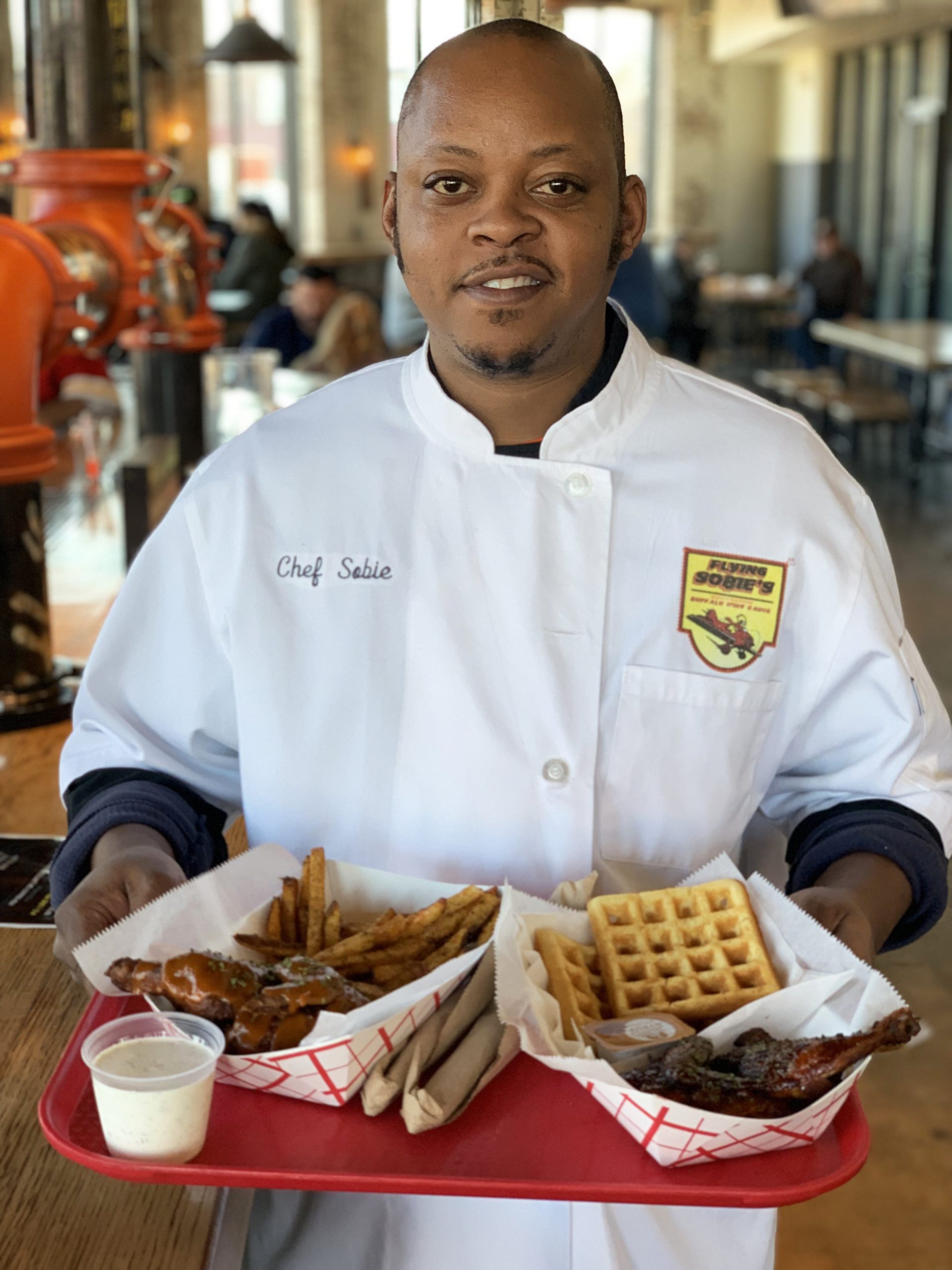 Flying Sobie’s food truck was a part-time gig at first while Sobie worked during the week. He held his previous job for 18 years and eventually realized it wasn’t his passion.

Before, Sobie was only found at special events on the weekends. Today, he is operating the food truck full time. You can find them at Ghost River Brewing Co. every Sunday for Brunch at the Brewery, Court Square every Thursday and elsewhere around town throughout the week.

It got me wondering: How much time does it take to get prepared for a work day? 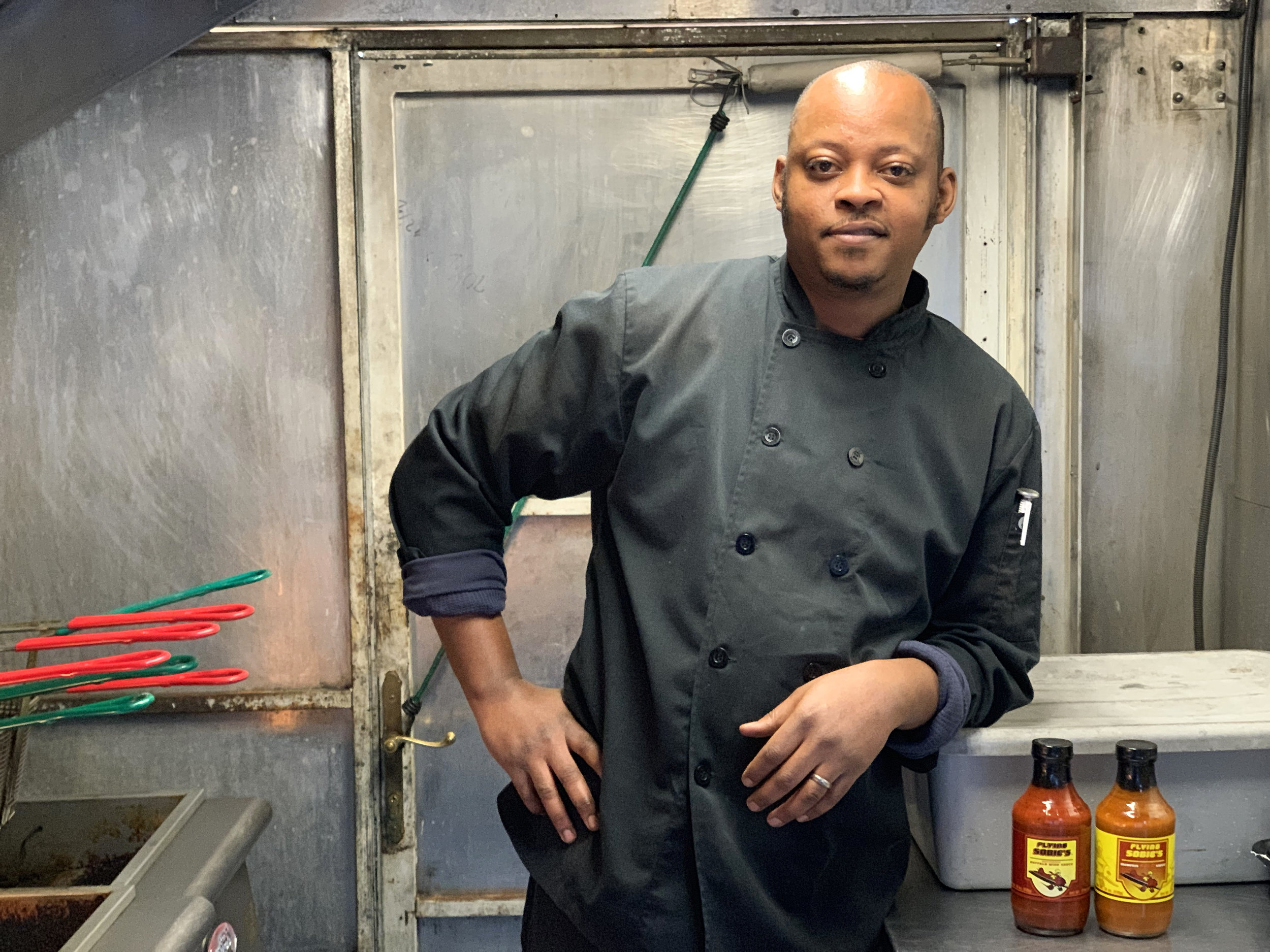 “Everything is made from scratch,” Sobie said. “Prep starts the day before because the hens have to be marinated. We submerge them in buttermilk and our brand buffalo wing sauce overnight. Then we have to bread them in our homemade flour. There’s a lot of work to do before I get to the glory and get to have fun.”

You can tell that Sobie is passionate about serving his customers.

In fact, he says service is the most important aspect of his business. “We try really hard. You know, there are a lot of great food trucks in Memphis, but one thing I wanted to stand out was service,” he said. “Everybody can serve good food, but what else do you have to offer? When people come to our window, we open the box and show them their food before they receive it. People see how it’s presented. People eat with their eyes and their nose first.” 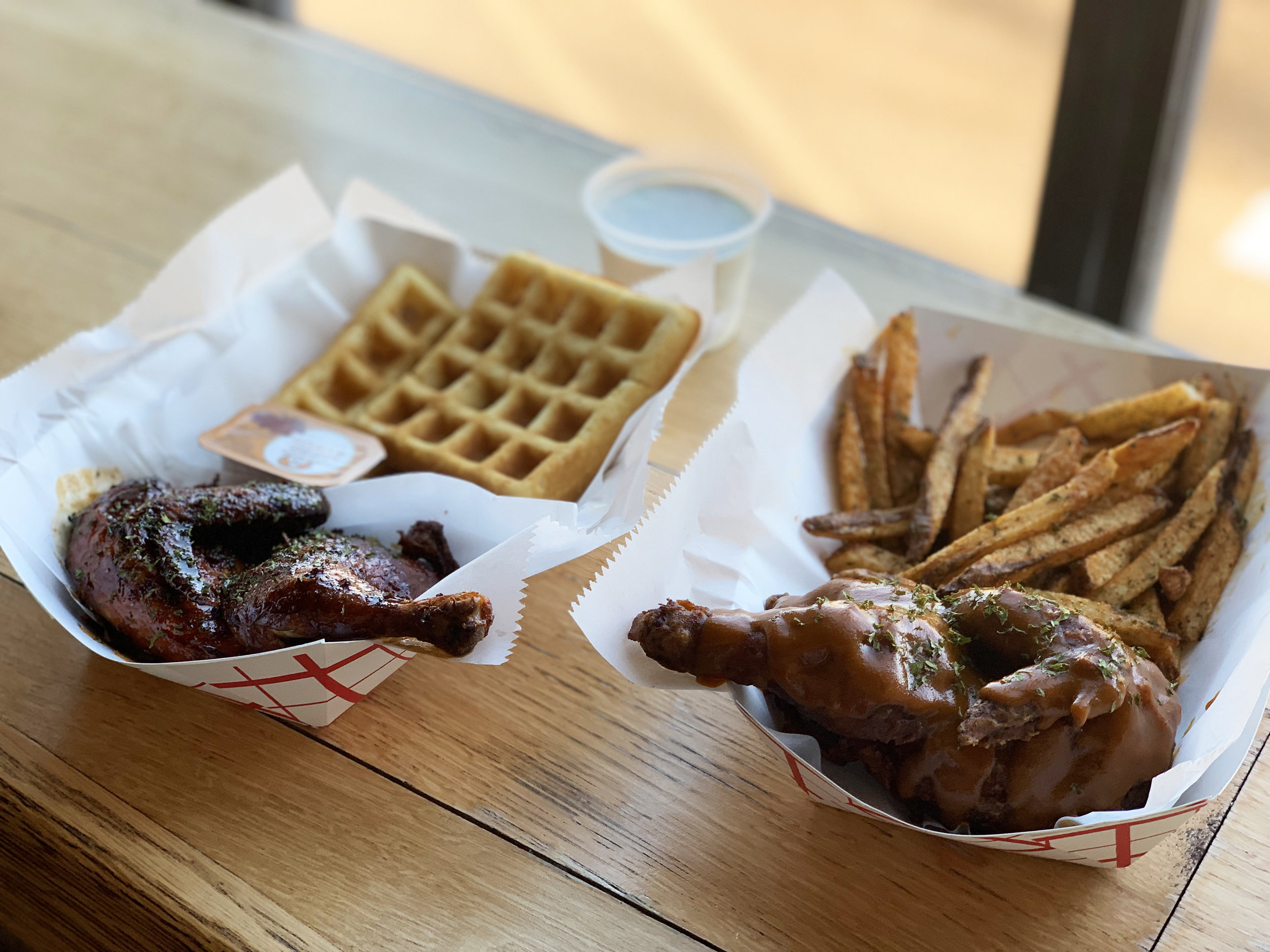 I would like to note that these hens are having a real Michelangelo moment here.

Every customer that lines up for Sobie’s will be treated the same way as those that came before. You’ll have the menu explained to you, whether you have heard it or not. Sobie wants it to be personal. “You can have great food and bad service, and people will not come back,” he said. “I feel like, hey, I have the food thing down pat, but we can always work on being connected with the customer.”

You can already guess his favorite part. “Cooking and serving it to people, and waiting for their reaction. That’s just loads of fun for me. I mean, I’m not trying to toot my own horn, but we don’t get a lot of negative feedback,” he said. 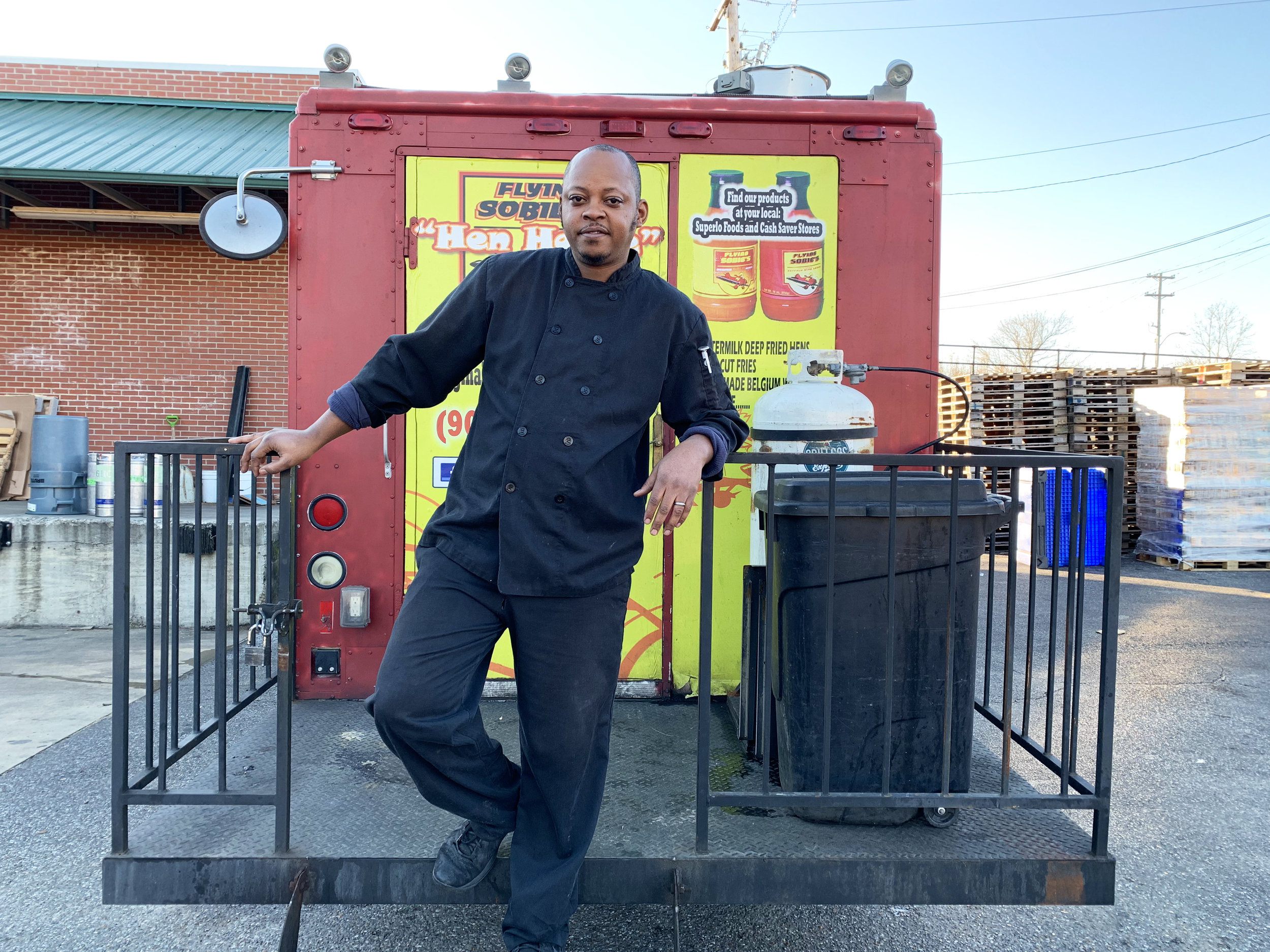 Sobie’s persistence to be consistent is duly noted.

He does everything by the recipe. He wants your order to always taste the same, and always be the same. And it truly is. 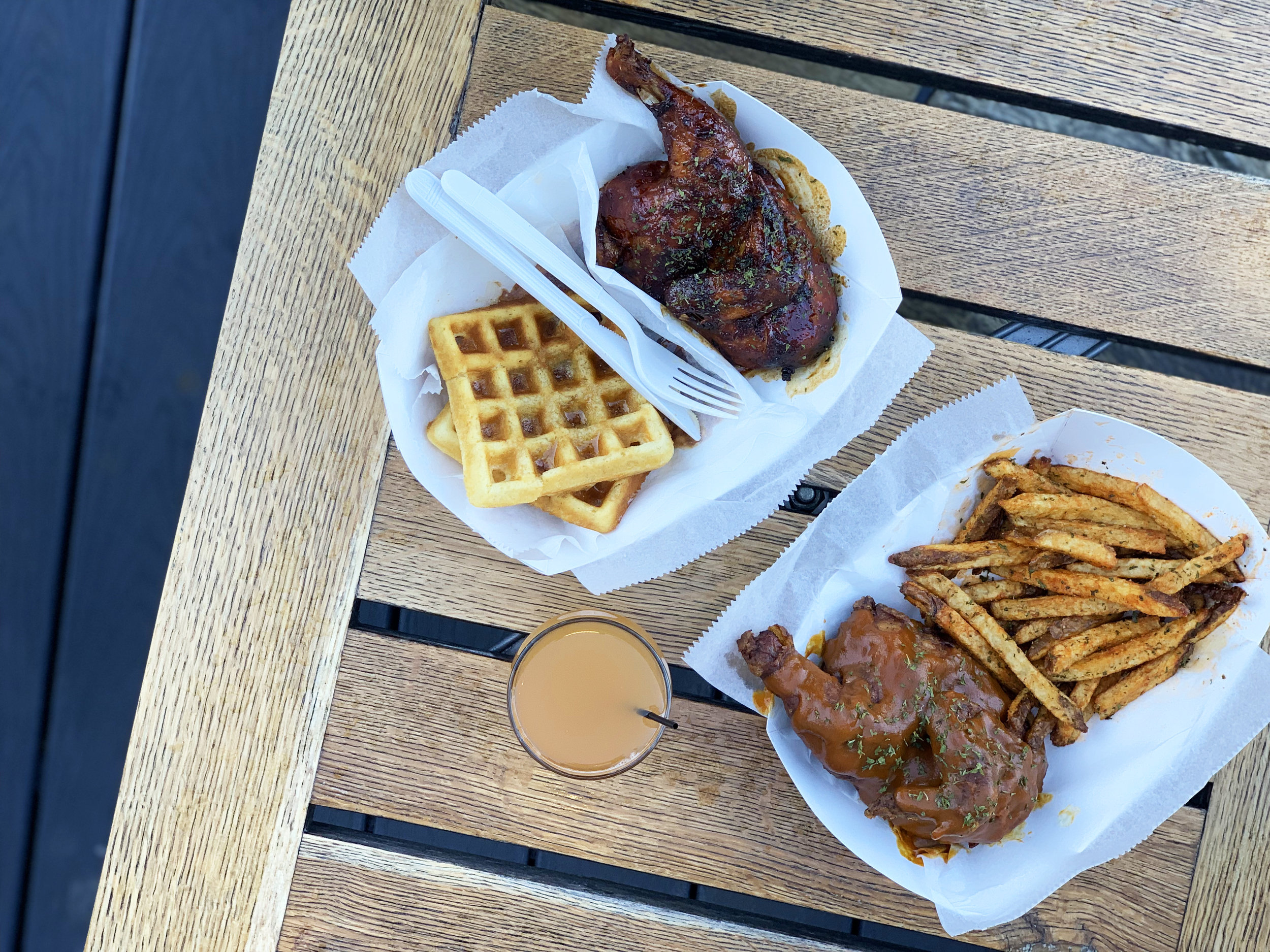 Emma Meskovic is the queen of all trades at Edible Memphis. You can find her posting on social media, managing print files, designing ads, or editing the website. You can also find her standing on a chair taking photos of her food and proclaiming, “Sorry! This is my job!” Follow her: @emmamesk.

Are We Tipping Enough?