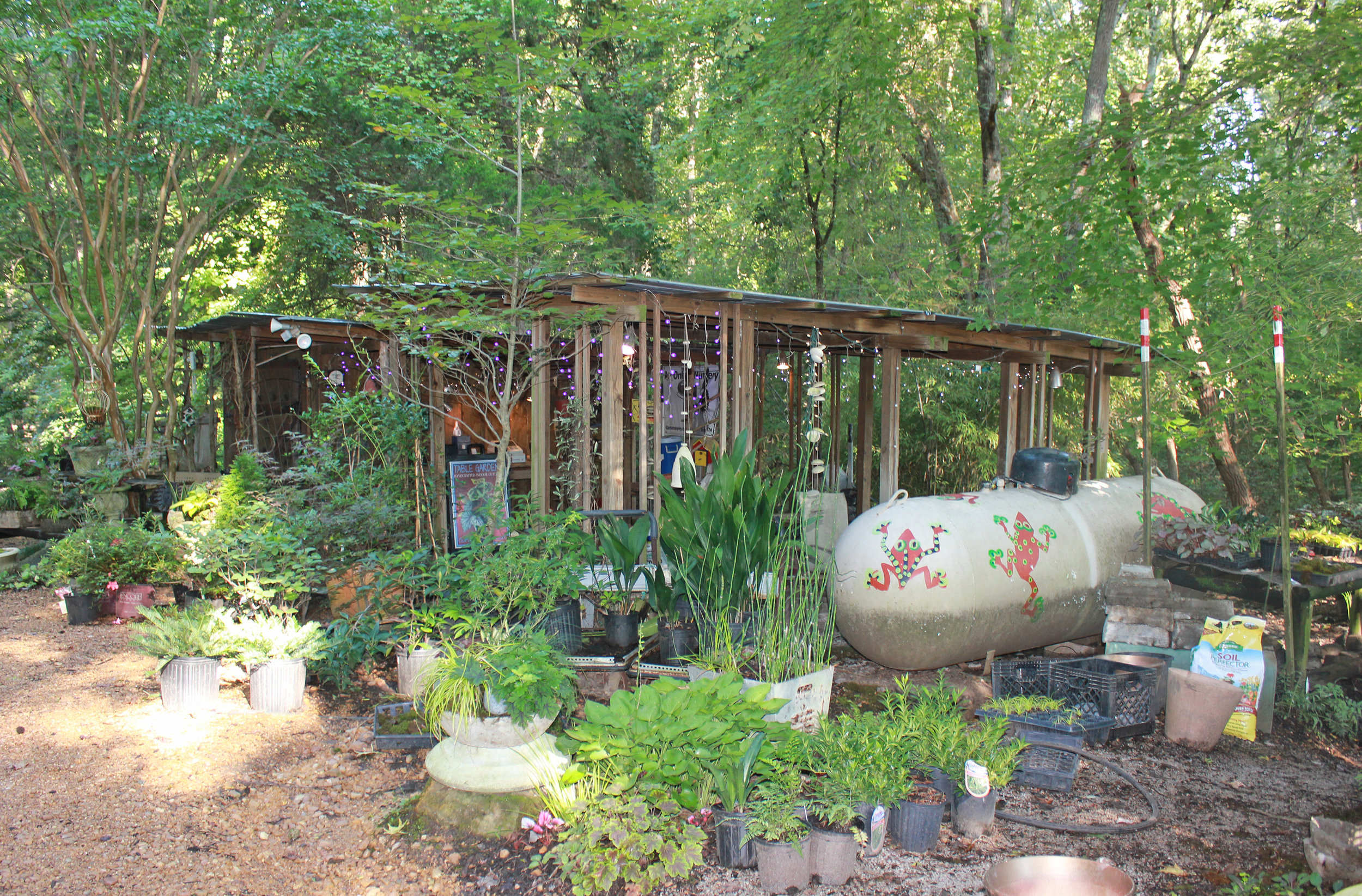 Wind whistling between trees, floral color palettes, and the smell of soil all shake your hand as you enter the gate on the gravel road that leads to the wonder called Gardens Oy Vey.

Wolfgang Marquardt; his wife, Diane Meucci; and their charismatic pit bull, Stella, reside in a tiny cottage nestled in these woods. What used to be an empty lot filled with mountains of kudzu and poison ivy is now full of music, laughter and restoration.

Riding through the historical town of Arlington, Tennessee, in 1989, the couple saw this dilapidated property with its guts barely visible, and after much thought, decided to purchase it for around $21,000. 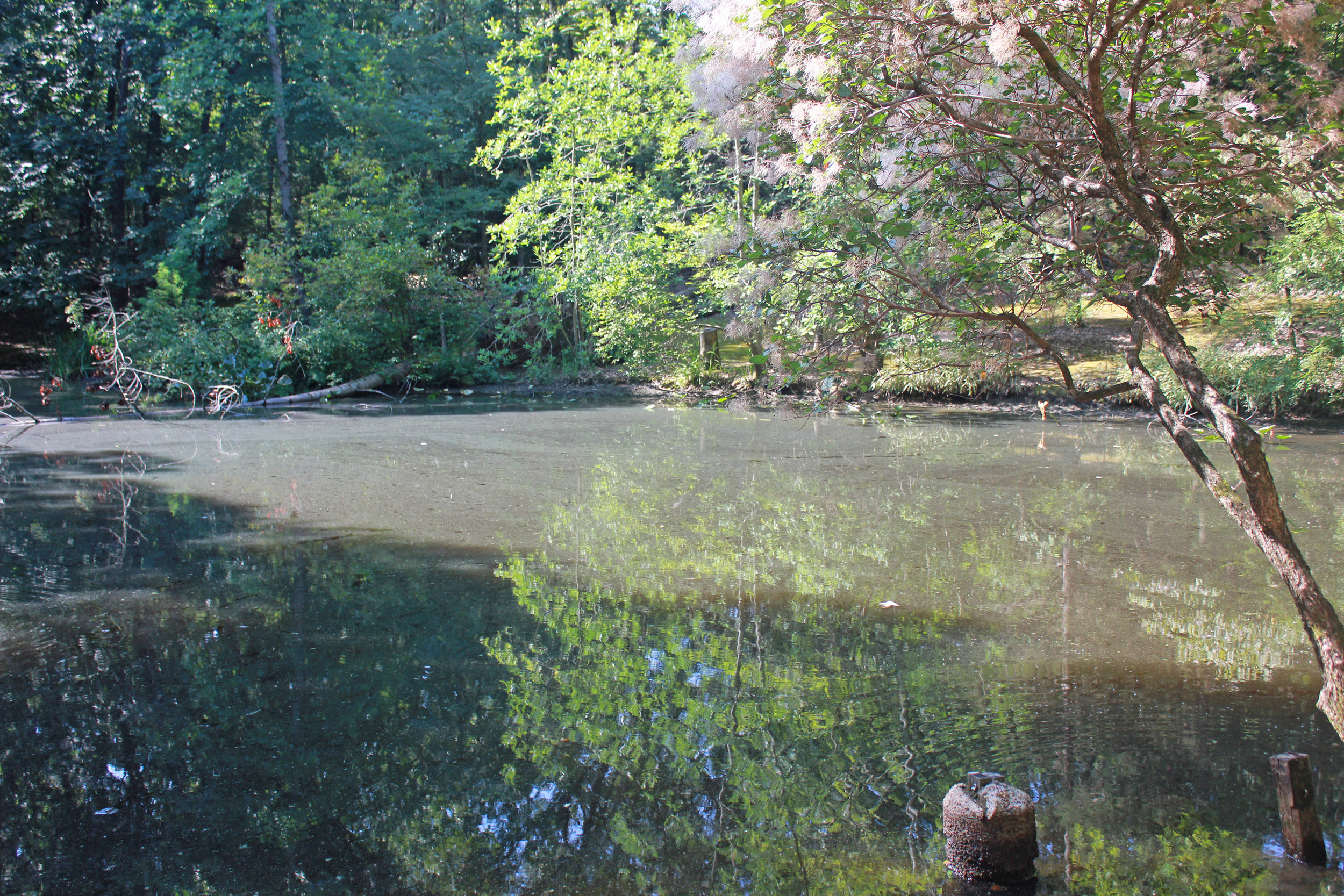 “People thought we were crazy,” says Wolfgang. “We were told the land was considered ‘the bottoms’ and wasn’t farmable.”

Wolfgang built the infrastructure with his bare hands. Diane artistically designed every inch of the land to create inviting scenery at every turn. A full solar-powered system was embedded to supply electricity to their residence. A greenhouse with a propagation system connects to their small living quarters, while an old vintage shack a few feet away is used for processing and shipping customer orders. 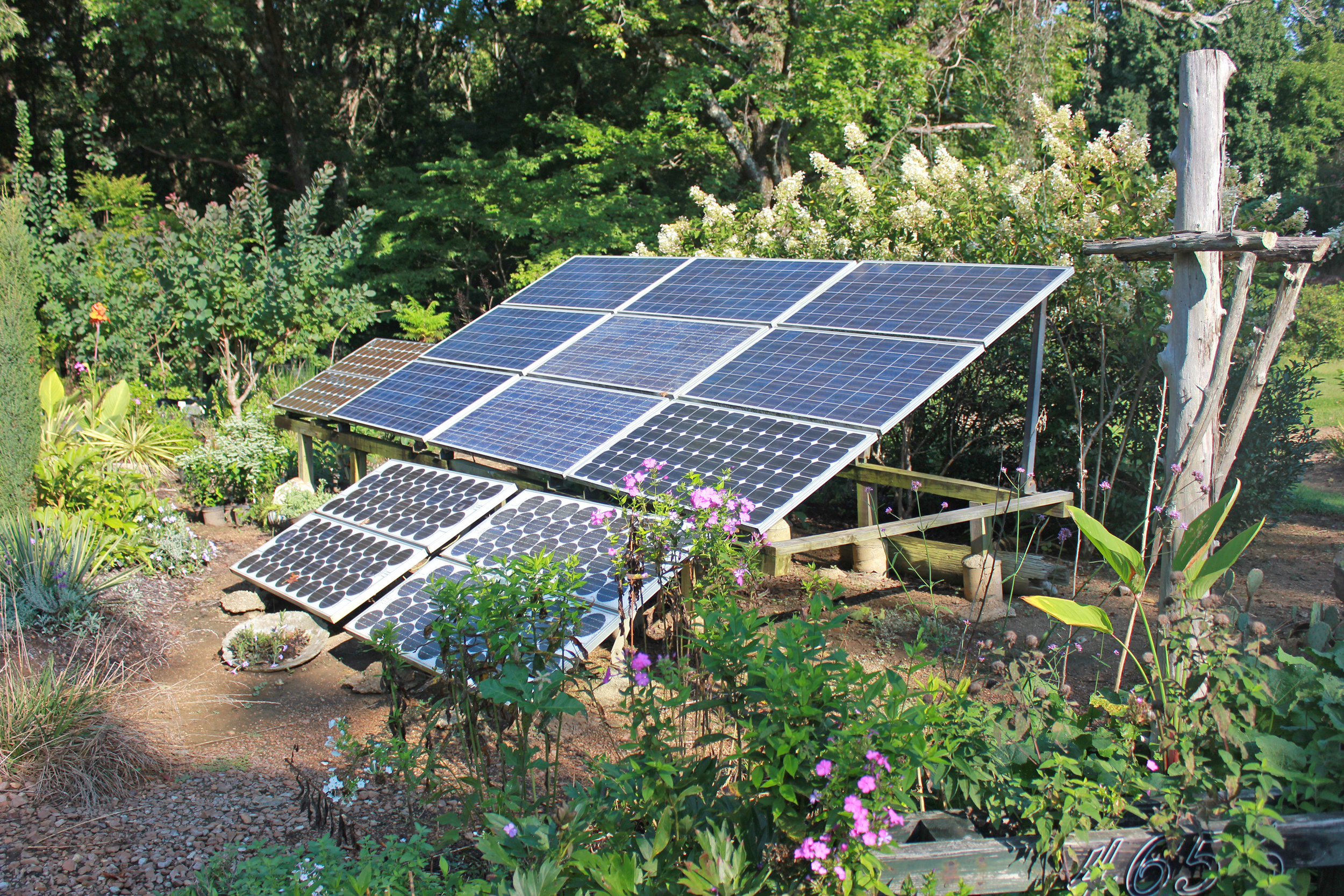 Wolfgang and Diane started off with a simple garden. One plant at a time, the garden grew into a massive canvas of lilies, perennials, blueberry bushes and trees bursting with figs, muscadine grapes, hardy oranges and native bananas. The soil responded, leading Wolfgang and Diane to start a full-blown nursery.

“The goal was to sell plants, and it became a lucrative business,” says Wolfgang. “We started with limited resources back then, including no website.”

“People were coming by every day.” 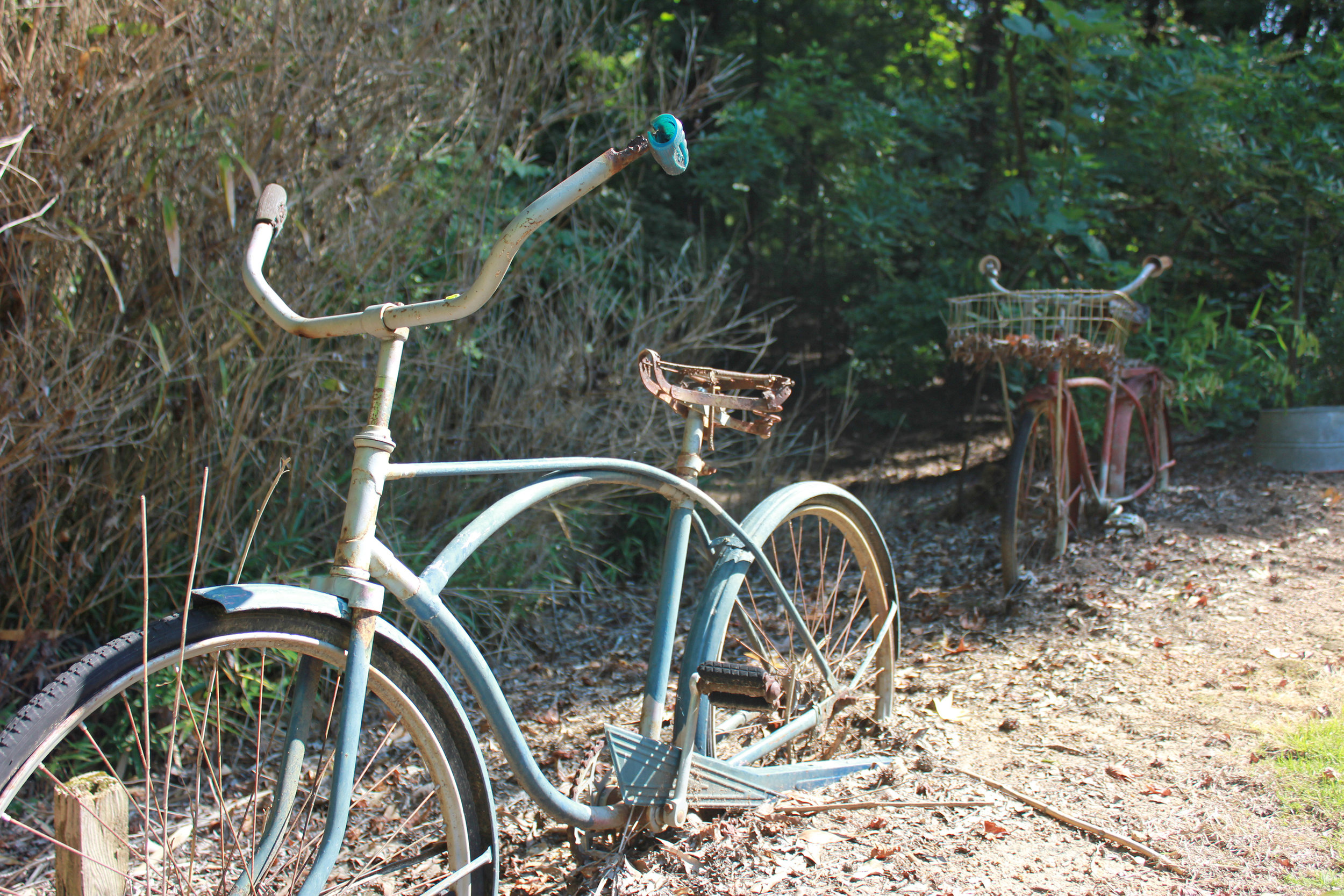 Gardens Oy Vey wasn’t always in the making for Diane, a Chicago native, and Wolfgang, who is from Germany. In fact, Wolfgang was committed to a completely different task in the print industry, while Diane was consulting as a landscape designer. Diane had been a fan of horticulture for decades, studying the personality of plants and garden architecture, but the idea of transforming their land into manufacturing and distribution was never a dream of hers. But in 2008, Wolfgang was laid off from his printing job, which led him to focus all of his efforts into growing the business side of the nursery.

“Originally, we felt insane about living a simple life in the woods, but I needed this place, every bit of the five acres,”

says Diane, who is recovering from the removal of a cancerous facial tumor. Her battle back to health hasn’t slowed her down, and she continues to design and build gardens.

With much to juggle on the business side, Wolfgang instituted help from Liam Boyd, a local he’d met through a mutual friend several years prior. “I grew up in Arlington on a farm and dealt with mostly produce, but didn’t really know the true aesthetics of plants,” says Liam. “After meeting Wolfgang and seeing what he was producing, I showed up and worked the first week for free, and been here ever since.” 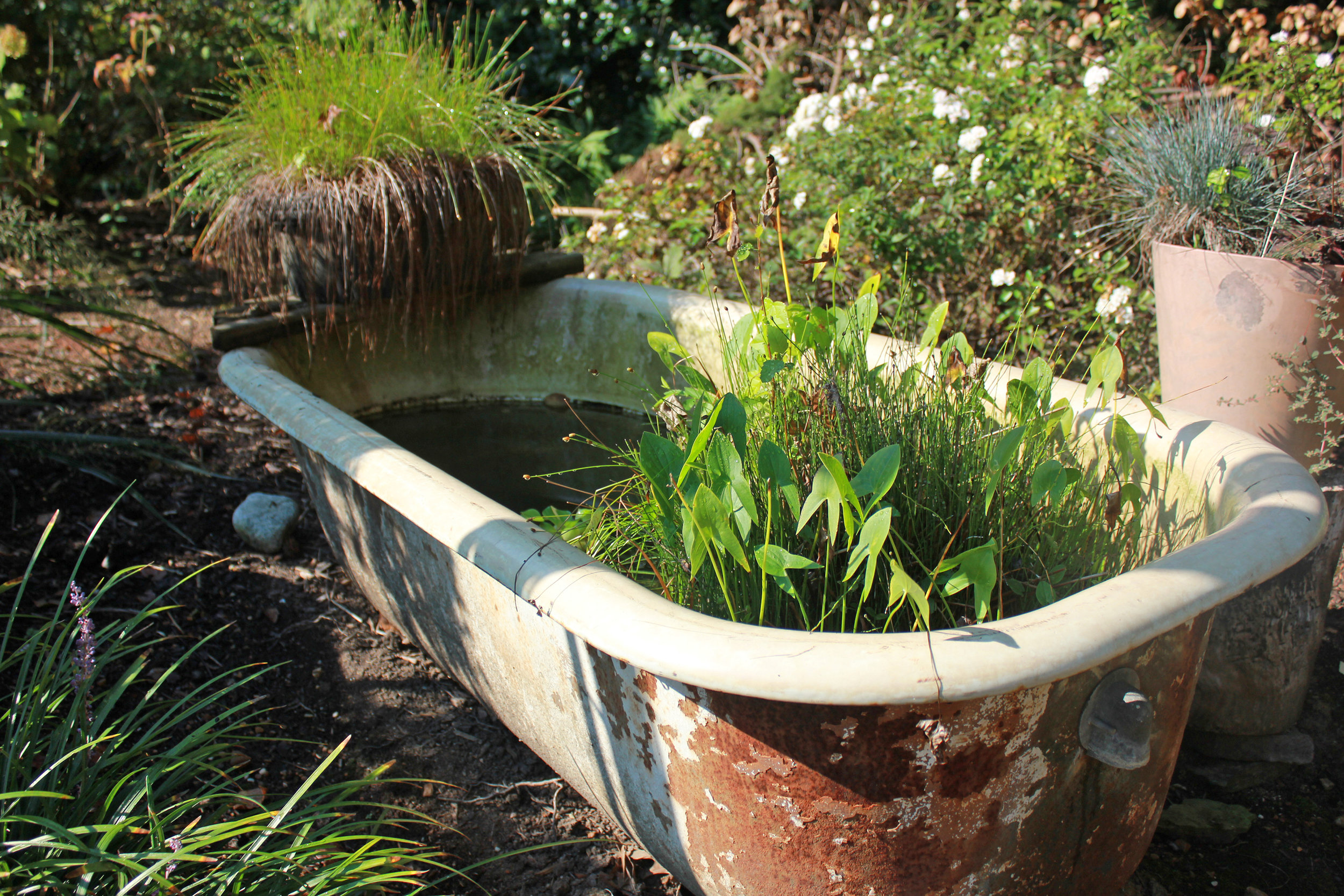 Liam has been instrumental in the success of Gardens Oy Vey’s online nursery and also creates custom table gardens and statues made from hypertufa—a man-made rock that is porous and, thus, favorable for plant growth. On lighter production days, you can find Liam and Diane on the deck listening to old records, the sound echoing in the distance.

Liam’s knowledge and passion are visible through his work and when he speaks. “We’re one of the few places where you can buy a plant, and also see a five-, 10-, 15-year specimen already in the ground,” Liam explains. 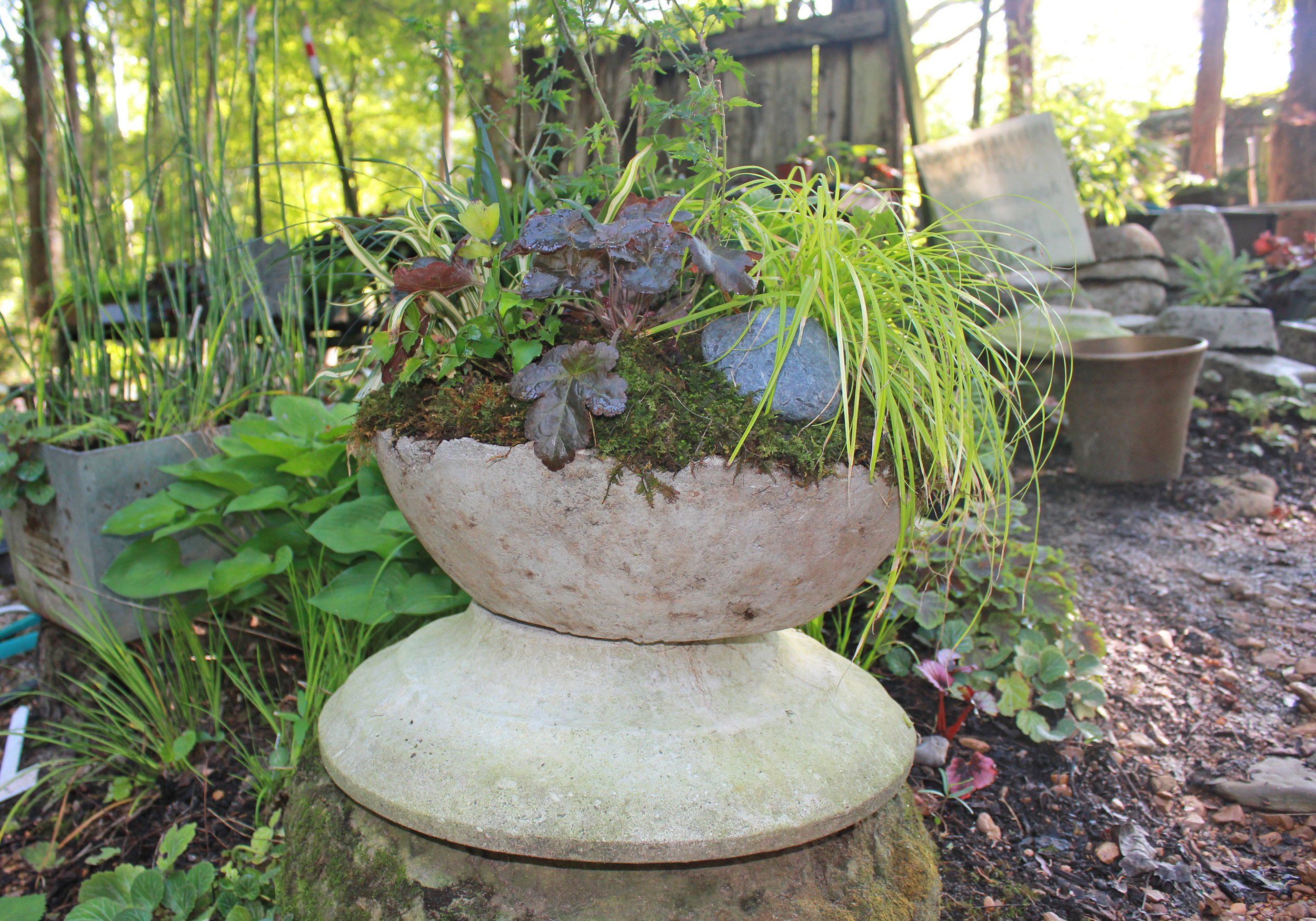 Wolfgang’s love for Diane grew his interest in the art of gardening, and he attests to how purposeful it has been in life for both of them. “After 30 or so years of boring, painstaking jobs, I finally was allowed to do something with my hands—digging, planting, propagating, watching gardens bloom and grow,” says Wolfgang. “Diane shared her talents with me and many folk that have come through this place.”

Over the years, as online sales increased, Gardens Oy Vey discontinued customer drop-ins to the property. You can still tour the grounds by appointment. Also, customers can find their products every Saturday at the Memphis Farmers Market.

Erika Cain is a communications vet with chops in writing, public relations, graphic design, TV, radio and brand strategy. She is a skilled storyteller and has been a trusted adviser to executives and companies for almost two decades. Erika founded GIRL 24, a business mentoring initiative to help build a culture of gifted and ingenious female leaders. She is a spouse, mom, speaker, community volunteer and member of Junior League, and loves dissecting brands.