0 0
Building community one cup of sugar at a time 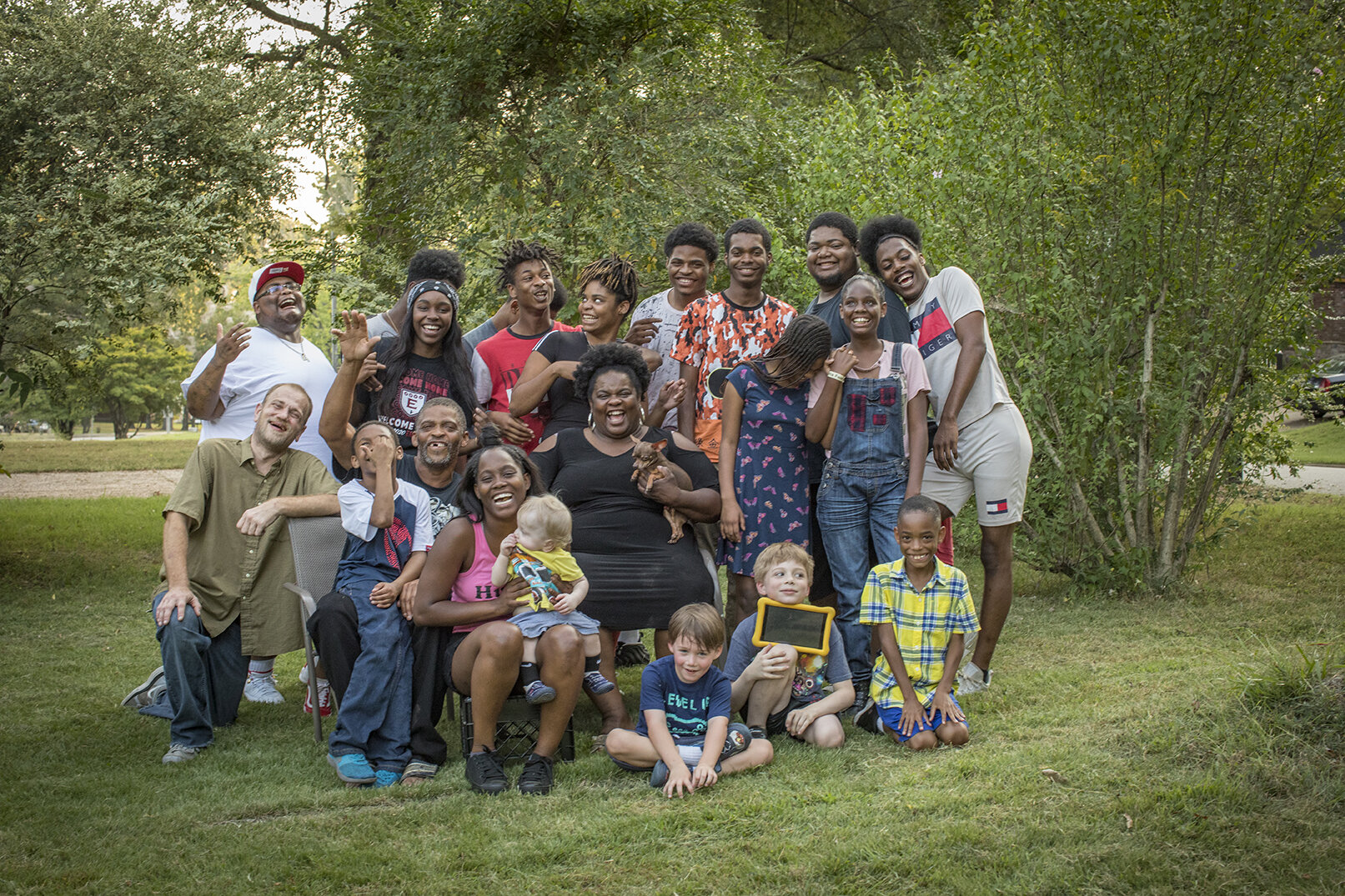 Photography by Justin Fox Burks, featuring pictures of the Hudson family and their Scenic Hill neighbors.

Do you know who your neighbors are? It can be intimidating to strike up a conversation with strangers, much less be vulnerable enough to tell them you’re in the middle of baking a cake, but somehow forgot to buy sugar at the store.

Some Memphians have gotten over these hurdles already. They regularly borrow from each other and have formed close-knit neighborhood communities. We sat down with a few of them to get their wisdom on how they’ve done it. 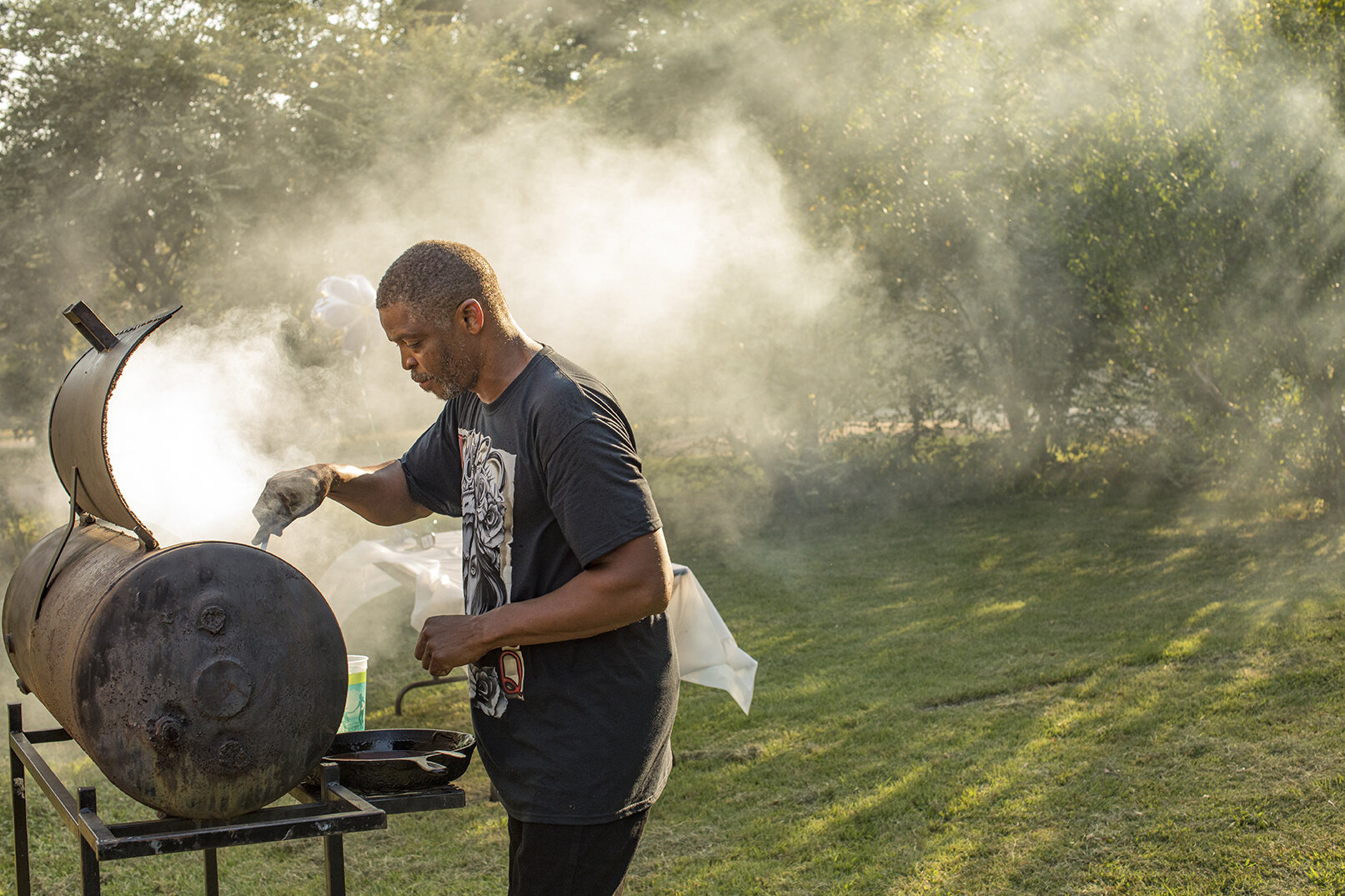 Wendy Grauer has lived in her neighborhood for 23 years, but she grew up in a small town where everyone knew each other, and her parents modeled sharing food with their neighbors. “It starts with that first time you’re making macaroni and cheese and you realize you don’t have any butter or you don’t have any milk. You kind of need those things,” says Wendy.

Saving your macaroni and cheese is a great reward—but sometimes the benefits of reaching out to borrow from a neighbor last long far beyond your evening meal. 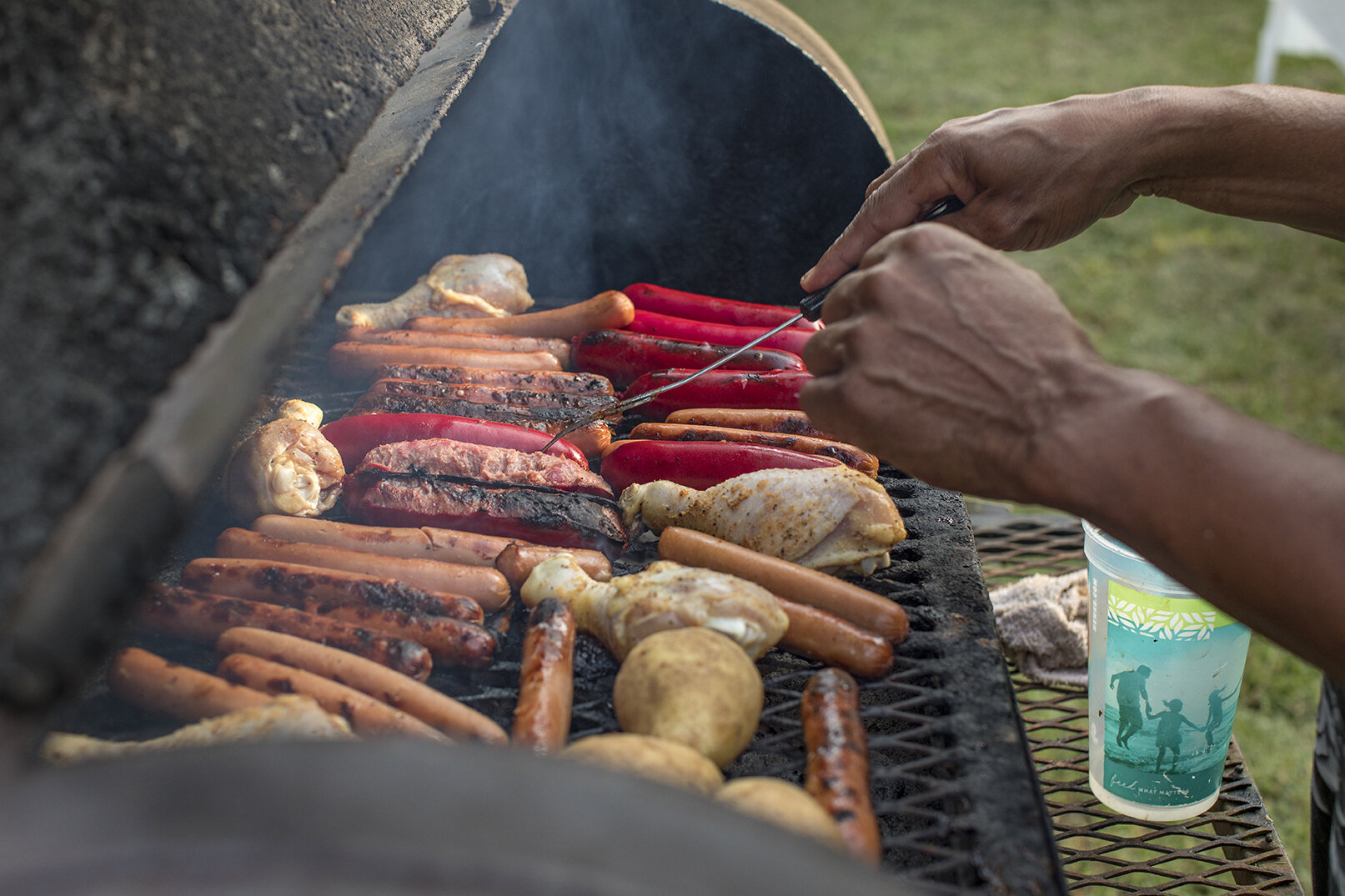 “You’ll find that the relationships you forge go even deeper than just borrowing the butter and the sugar,” Wendy says.

“People in the neighborhood know you. They know your kids; they watch out for you.” She says her neighbors take care of each other in many practical ways, like moving FedEx packages out of sight and giving each other’s children rides to school.

Vilma Carnahan was born in Venezuela and came to the United States in 1980. Fifteen years ago she moved with her husband and their three boys to Bartlett. They had lived in several cities, and she was a bit anxious about what kind of neighbors she might have in Memphis.

“You have to know who you are living among,” Vilma explains.

Her boys were young at the time—between five and 14—and she wanted to know who they were going to be playing with, so she went and knocked on everyone’s door. 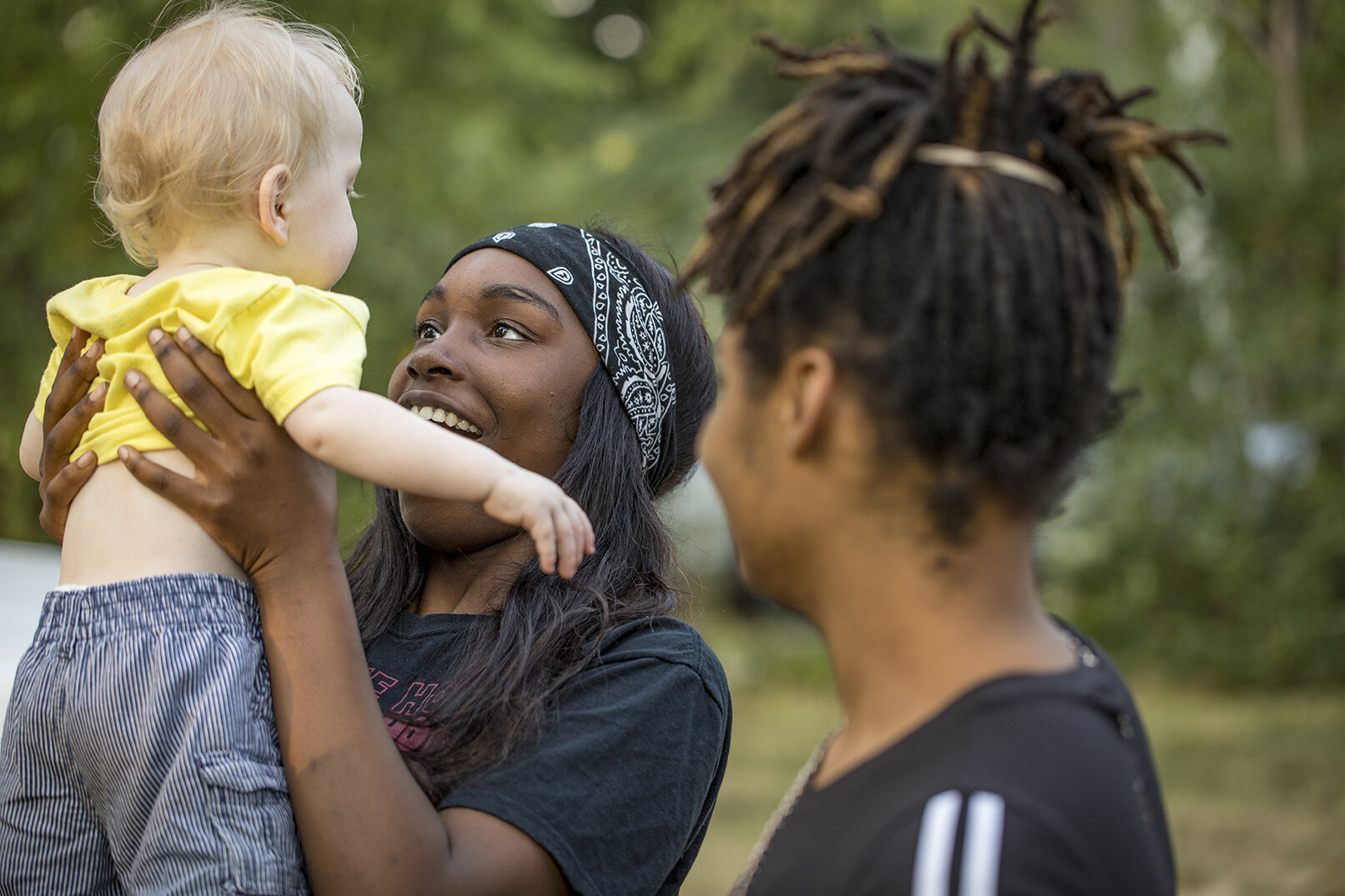 Eventually, Vilma adapted for herself a church tradition called “The Welcome Wagon”—a cart with groceries and supplies that might come in handy to a family that’s just settling in. “I call mine ‘The Welcome Basket,’ and I prepare one for every new neighbor I have,” she says.

Her baskets almost always contain a Venezuelan chocolate bar because that allows her to talk about her home country, which is known for producing some of the best cocoa beans in the world. She also includes her homemade bean empanadas. 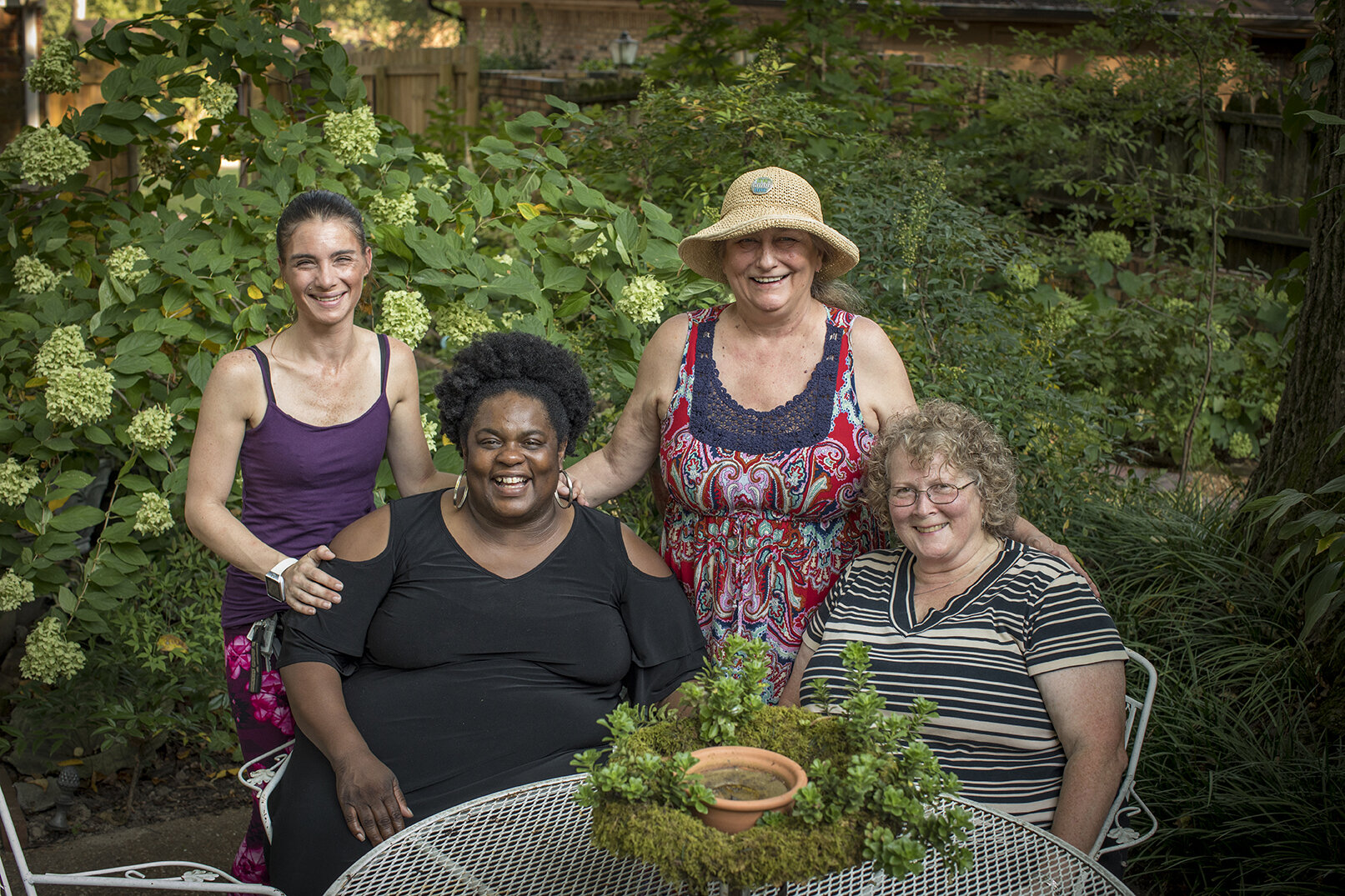 The basket gives Vilma a good excuse to introduce herself and talk about her family, her job and her heritage.

“It all has to do with trust. Your neighbors don’t necessarily have to be your friends, but they have to trust you—they have to know that you are who you say you are,” she says.

Vilma says that trust is something that you have to build step by step. For example, when her children were young, her neighbors initially would let their children play at Vilma’s home for short periods. Then, as trust grew, they let them spend the night. Now, Vilma says, “I have keys to their house and they have keys to mine, just in case of an emergency.” 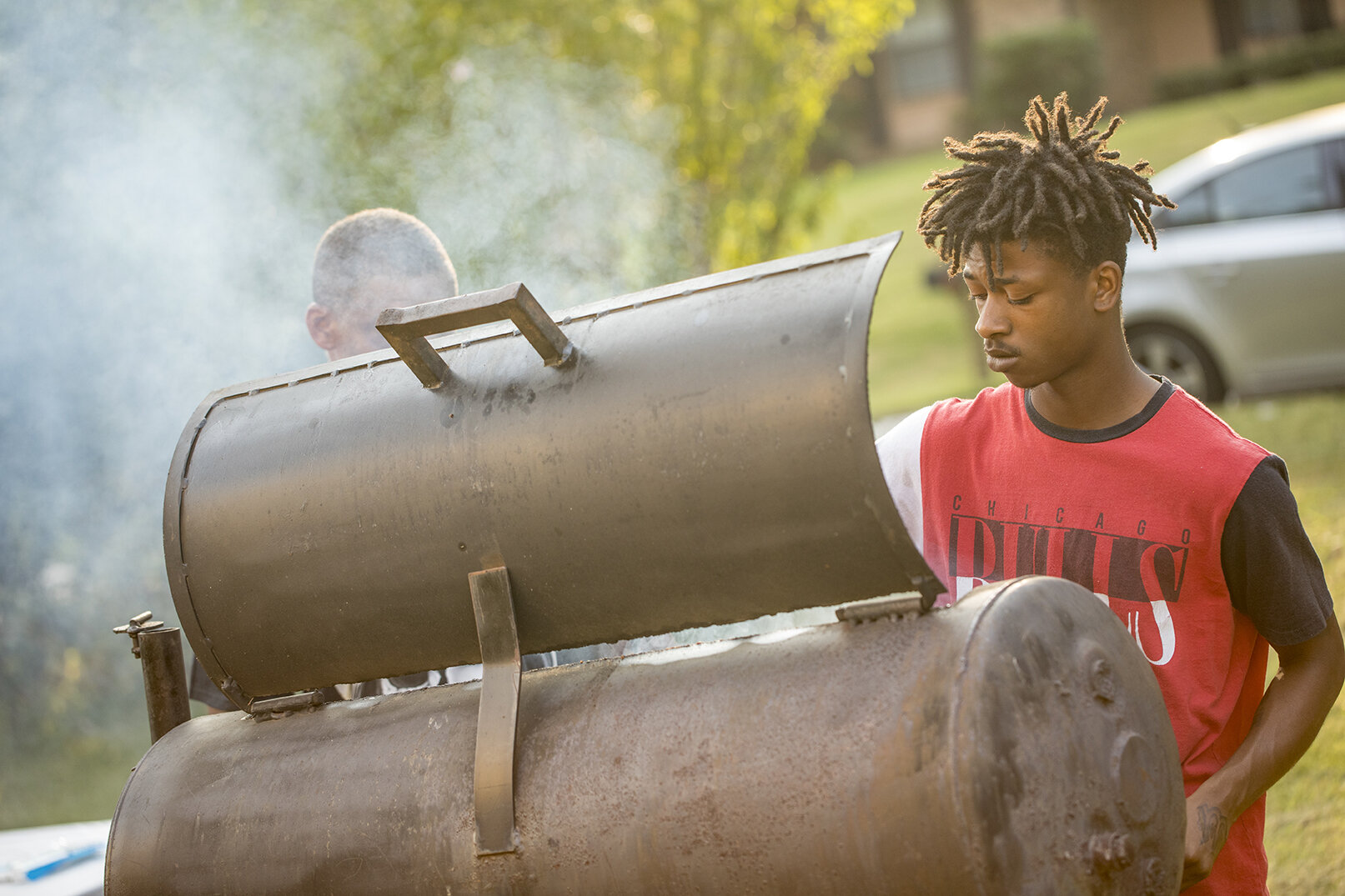 Midtowner Joann Selvidge agrees that kids can be a driving force to bring neighbors together, and get over the vulnerability of asking to borrow something. She says, “It helps when everyone is in the same boat.”

It may be easier to reach out and ask for help when another parent on your street knows what you’re going through. “Young kids tend to cause disruption. Unexpected things happen, you get distracted, and you forget to do things,” says Joann. “When you’re a young student, you might not understand how difficult it would be for a parent to put all the kids back in the car and drive to the store just for one forgotten ingredient. You also might not have many ingredients to lend out!” 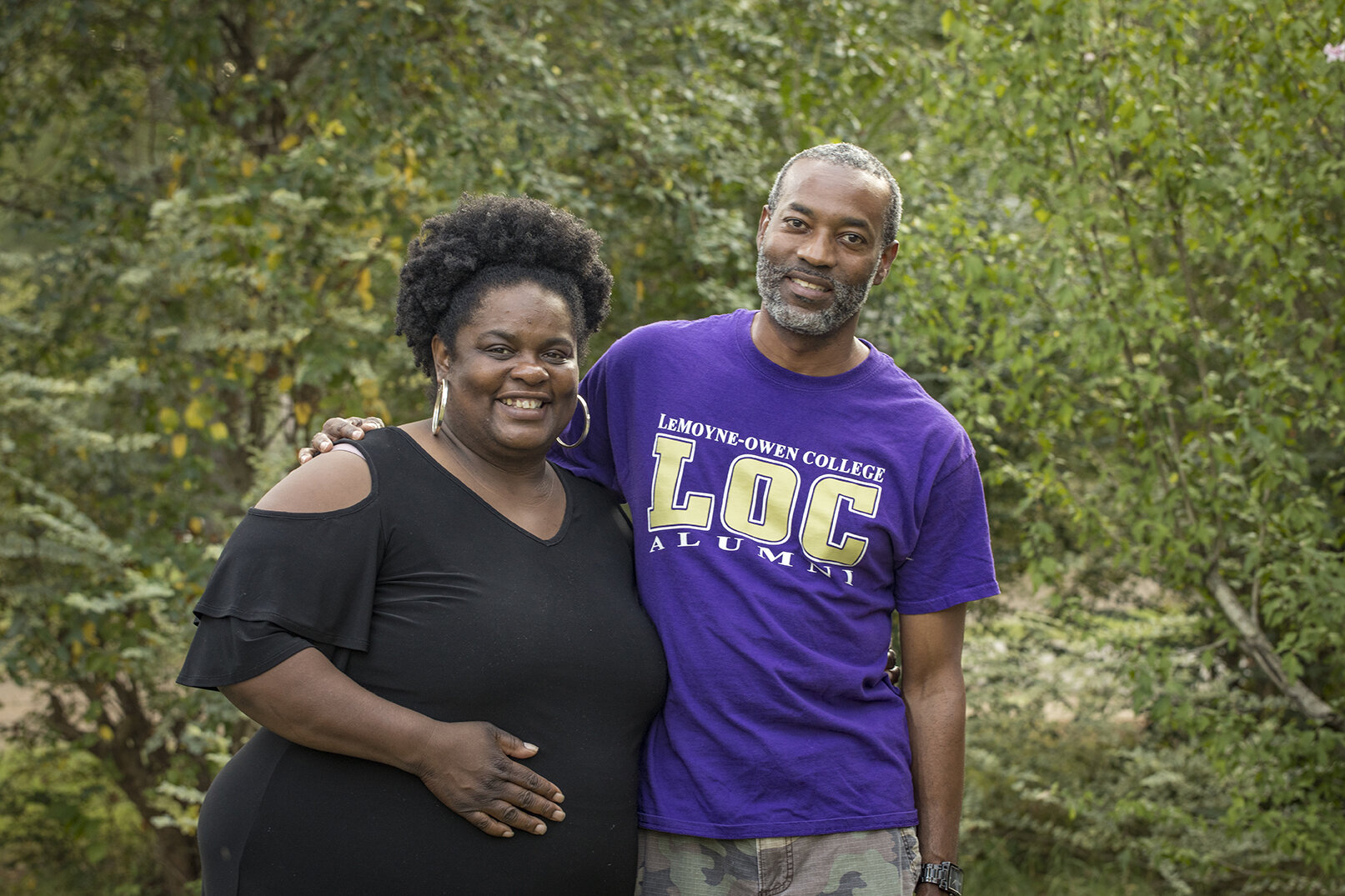 Ten years ago when Valerie and Andrew Hudson moved to Scenic Views, they didn’t think their social life would be so active. But they, along with their three children, were quickly accepted by the community.

They love their neighborhood because it’s “mixed”—“Not only race-wise, but also class-wise,” says Valerie.

“Judges and doctors cohabitate in this old neighborhood with school teachers and construction workers.”

Valerie feels very lucky to live where she does. She says everybody knows each other, and that allows them to look after each other’s houses and children. They organize themselves to do things together. For example, every week there is a movie playing in the pool area, and this allows families to get to know each other and develop friendly relationships.

At one of the pool movies, their family befriended the family of their nine-year-old grandson’s playmate. This turned into a long-lasting friendship between the adults and the children as the two boys grew closer to each other and started to share meals, spend time at each other’s houses, and have sleepovers. No one seems to care that they are from different racial backgrounds.

Andrew offers his cooking skills to neighborhood gatherings. He alternates barbecue with other dishes, but Andrew’s neckbones are the crowd favorite. He is also the grill master for the community meals organized by the local church, sometimes for as many as 100 people. So it’s no surprise that whenever he is missing an ingredient, every door is open to him. 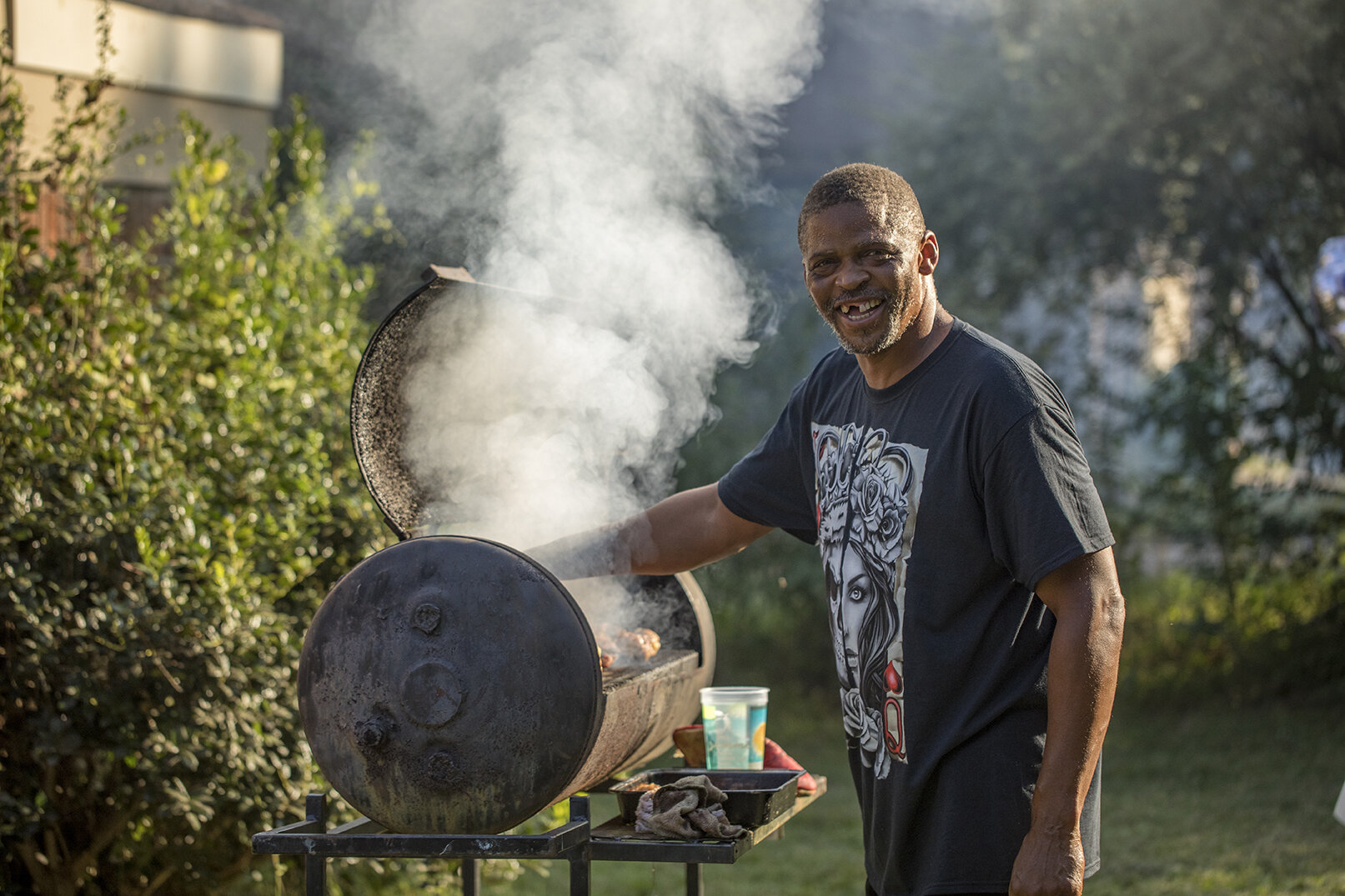 “The role that your community plays can strengthen a more humane vision of the city that we want to have and how we want to be treated,” says Valerie.

It seems to be a chicken-and-egg question, whether you foster community by borrowing and lending, or if you have to know your neighbors before you can ask a favor. 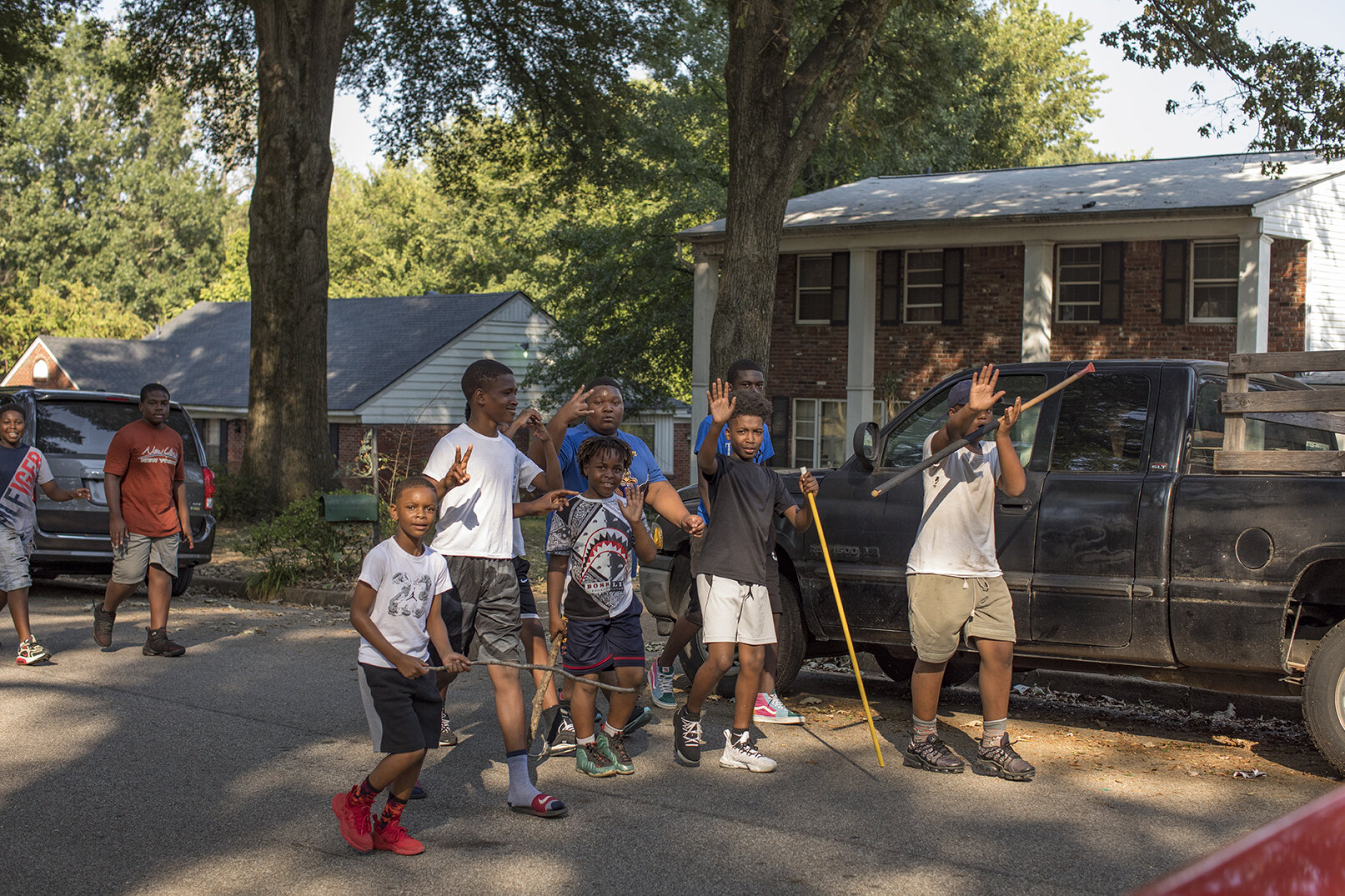 For starters, introduce yourself to that guy walking his dog that you always pass on your evening walk, or strike up a conversation the next time you and your neighbor are getting out of your cars at the same time.

“All the little things that your neighborhood does, be part of that,” says Wendy. 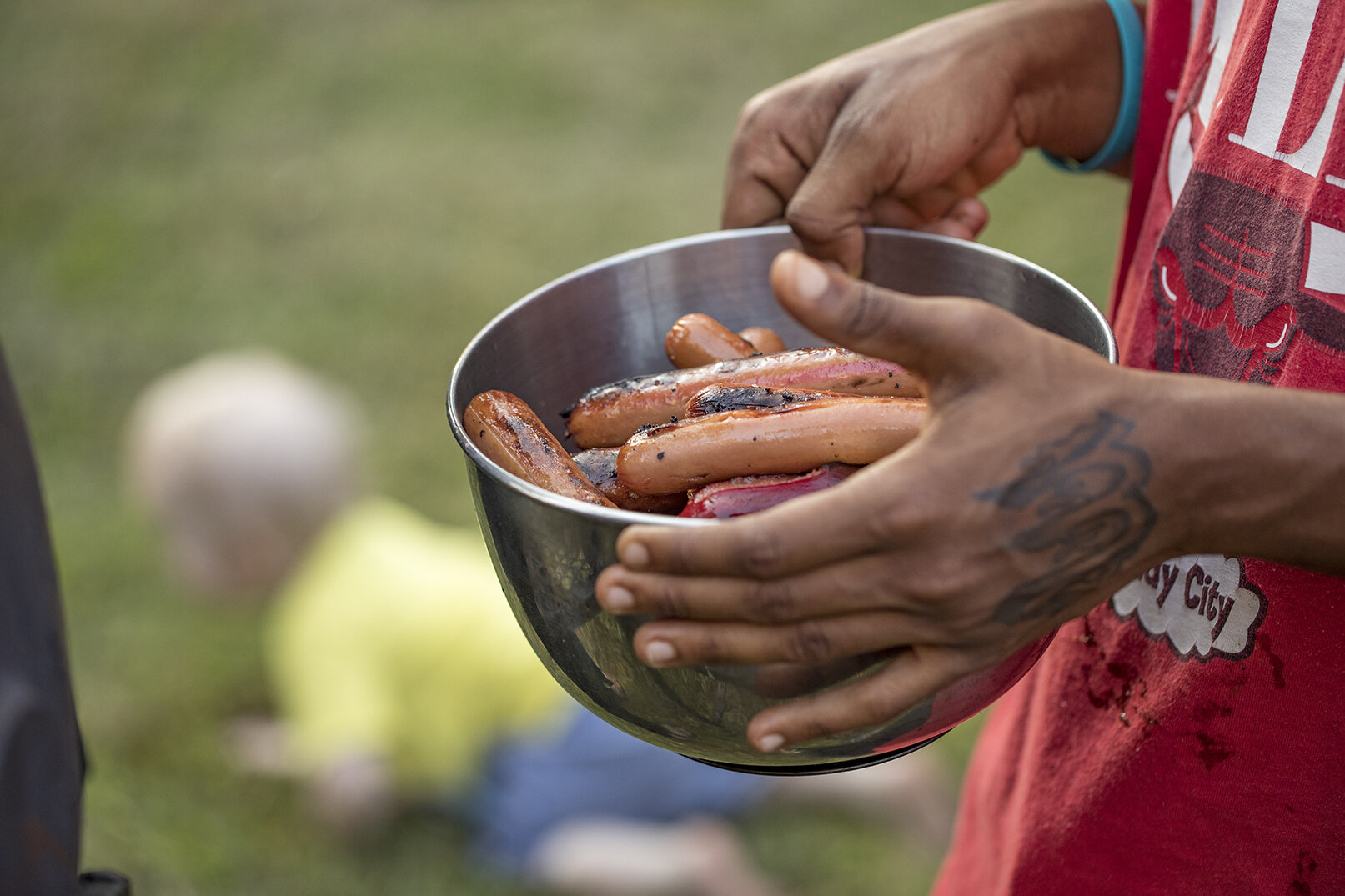 Be a volunteer for events like a neighborhood art walk or a farmers market. When you suddenly need a screwdriver, just go ahead and try the door across the street before heading to the store. If you got all the correct ingredients on your grocery trip and successfully baked cookies, bring some next door just to say hello!

“That’s what makes a neighborhood, versus a residential area. Knowing your neighbors.”

Aryanna Duhl Smith is a Memphis transplant and amateur blogger at Blossoming Brick, where she rants about food, cities and the environment. She can be found taking pictures of buildings, trees and her tea on Instagram @blossomingbrick.

From Country Vegetables to Urban Microgreens