0 0
Thoughts from the kitchen 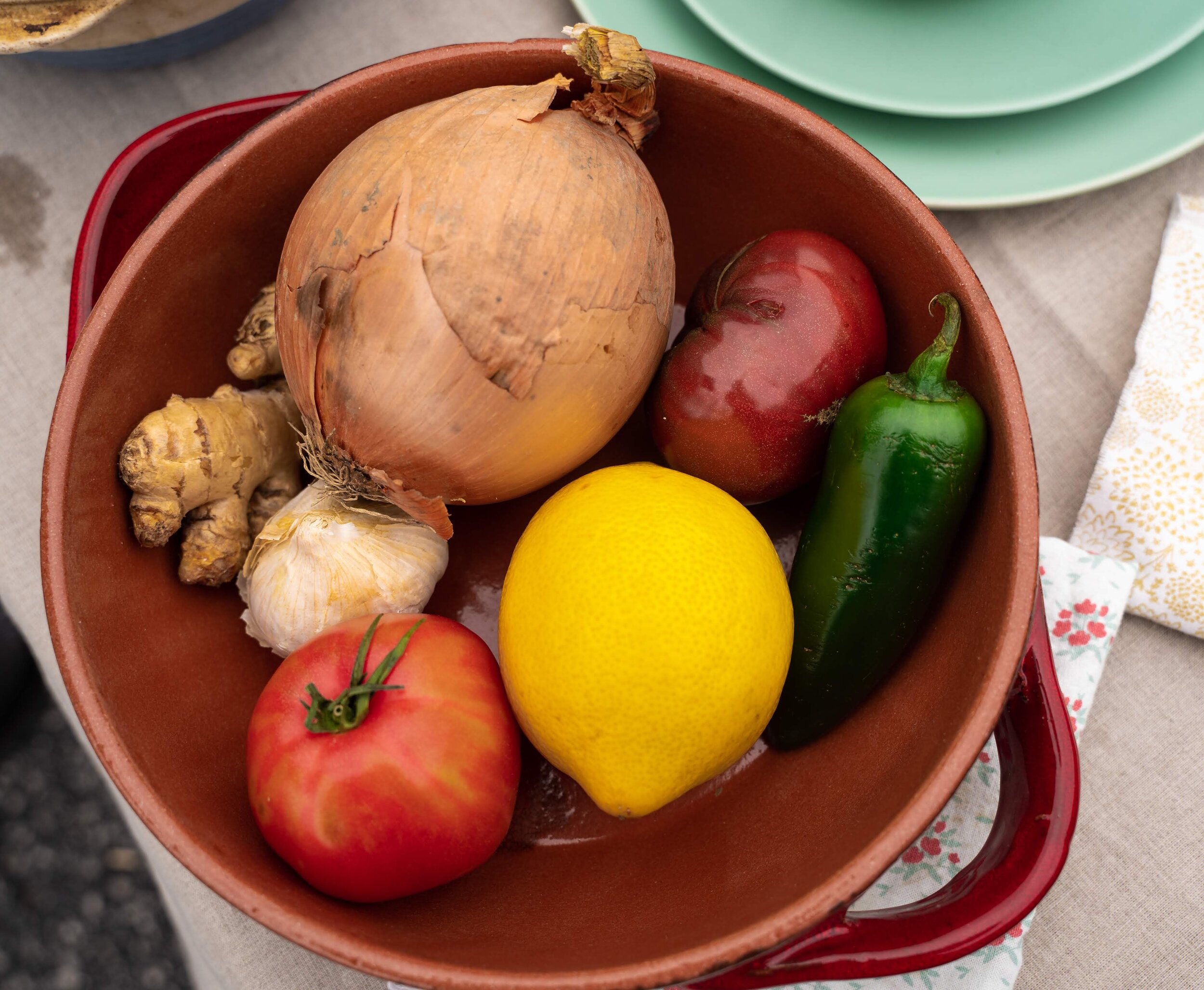 Looking down at the bowl of Indian-inspired crowder pea and tomato masala with long grain rice, I felt pretty proud of myself.

Here was a dish inspired by a place and culture thousands of miles away but, save a few exotic spices, executed with an almost entirely local roster: peas and tomatoes from home gardens in Ripley, Tennessee; coriander and jalapeño from my own garden in Memphis; onion from Lockard’s Produce in Ripley, Tennessee; chilis from Green Leaf Learning Farm in Memphis; and rice from Two Brooks Farm in Sumner, Mississippi. Despite all of this localness, I realized only a few parts of this meal had roots in this continent: the tomato and jalapeño. 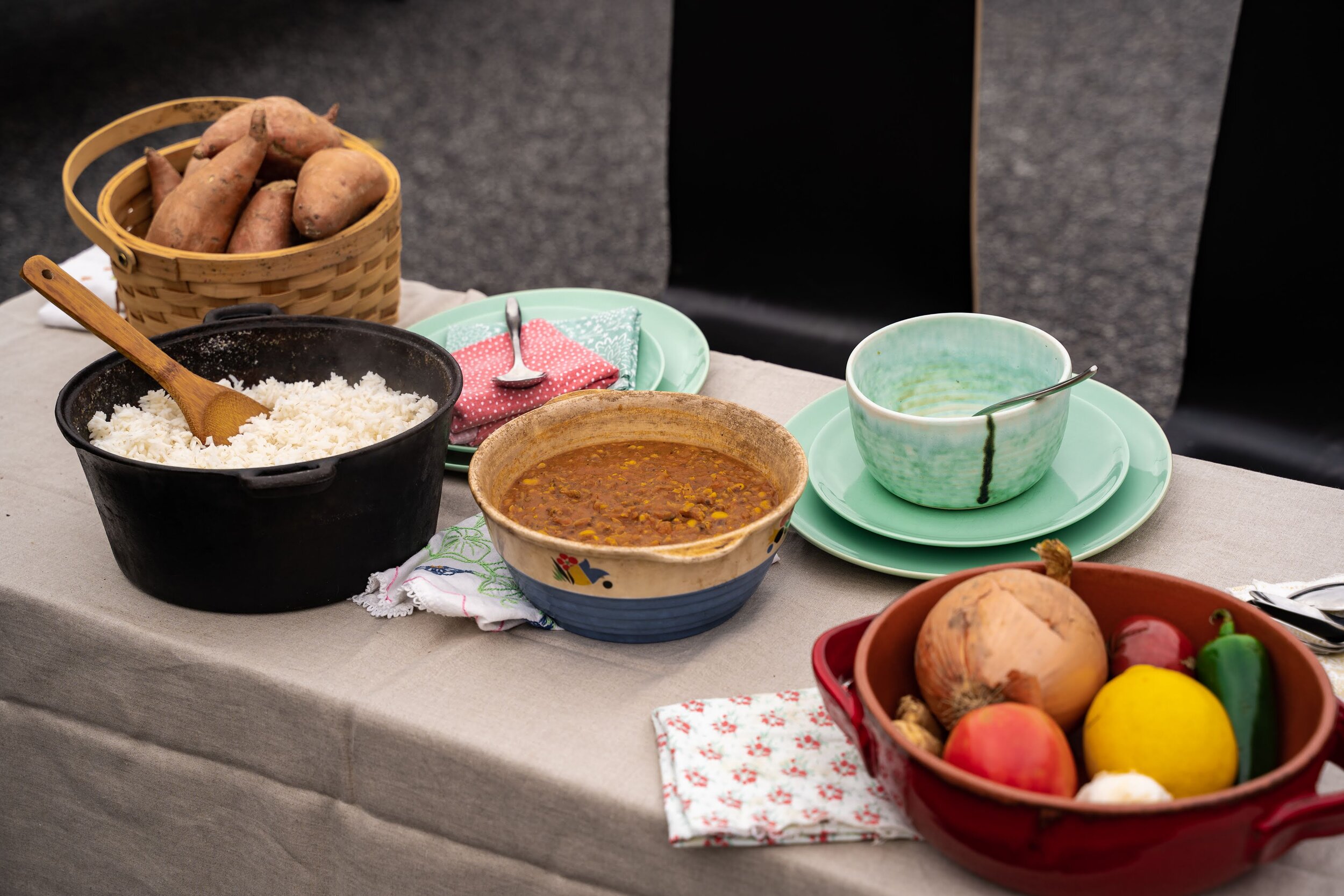 There’s an idea of Old World and New World foods. For people inhabiting most of the land in the western hemisphere, our food falls into the New World category. This name comes from European exploration at a time when they believed the world consisted of Europe, Africa and Asia; there’s nothing particularly “new” about this land we inhabit. New World foods constitute the foods, crops and animals found natively in the lands of the western hemisphere. There are plenty of Old and New World foods lists out there, but let’s focus on a few that have really come to mean something to us in the South, and the stories of how those foods became localized.

What’s now referred to as the Columbian Exchange began the process of foods, animals, people, culture and disease being taken from the Old World to the New World, and vice versa. It was with the forcible exchange of people to the Southern part of the United States that we began to see the proliferation of foods we now consider quintessentially Southern.

Foods like black-eyed peas, okra and rice all came to the South via Africa. 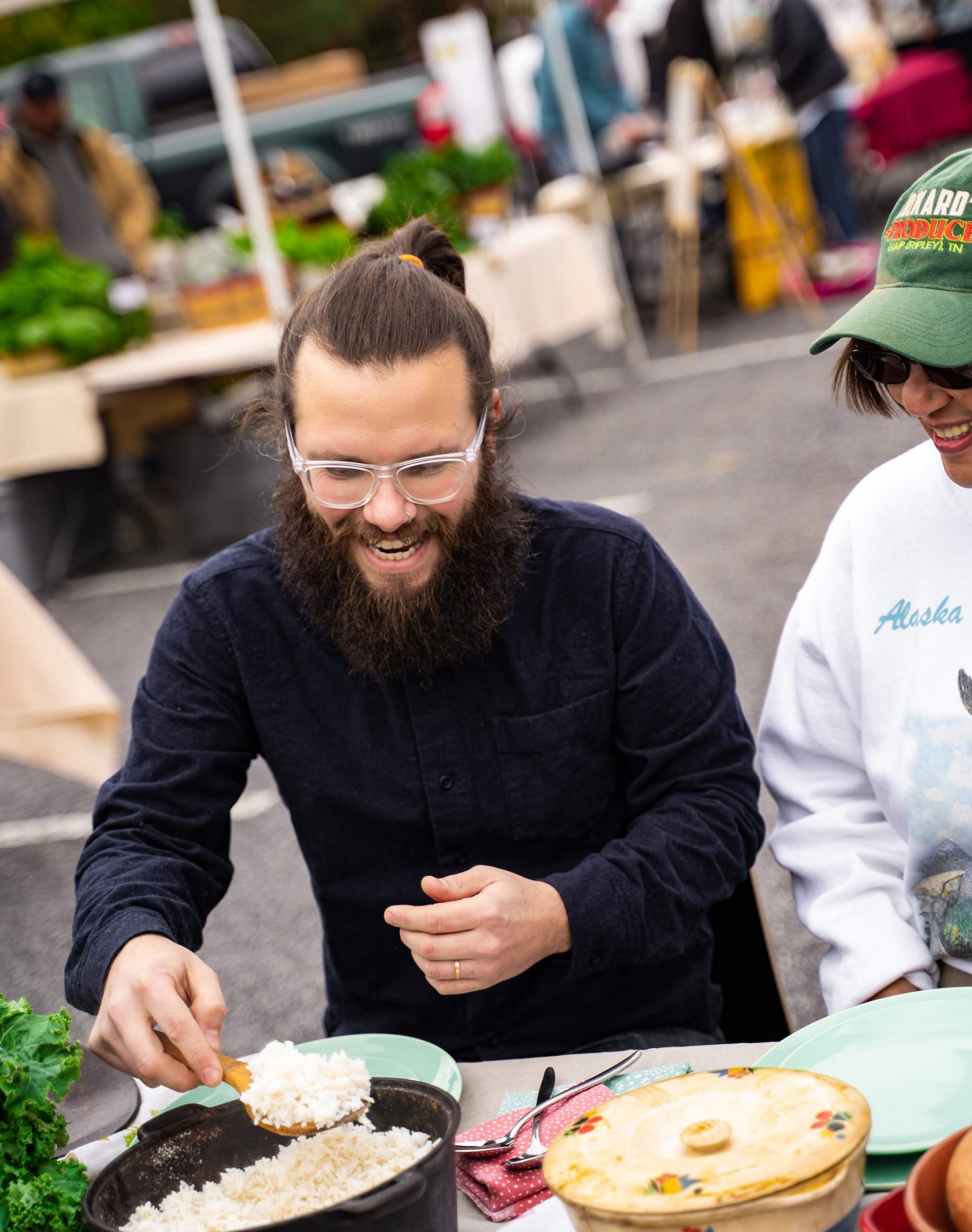 Black-eyed peas, purple hull peas, crowder peas, cowpeas—they all belong to the same family, and historians believe they likely made their way to Africa via India. African slave traders often packed these foods for the Middle Passage to keep their miserable human freight alive. Upon arriving to this land, it was the skilled labor and knowledge of these enslaved Africans that led the way for wealthy, white Southerners to become even more wealthy and societally important. There’s an immense amount of pain and beauty wrapped up in the fact that these African foods won out at our tables and in our land. When African cooks entered white homes, they brought these foods with them. As Michael Twitty says, “The man and the woman who became enslaved enslaved the palate of those who enslaved them. From feijoada, to jambalaya, we flipped it on ’em.”

The majority of rice we consume in America is some Asian variety.

However, America got its taste for rice from West African varieties that proliferated under the highly skilled Africans forced to farm it here. 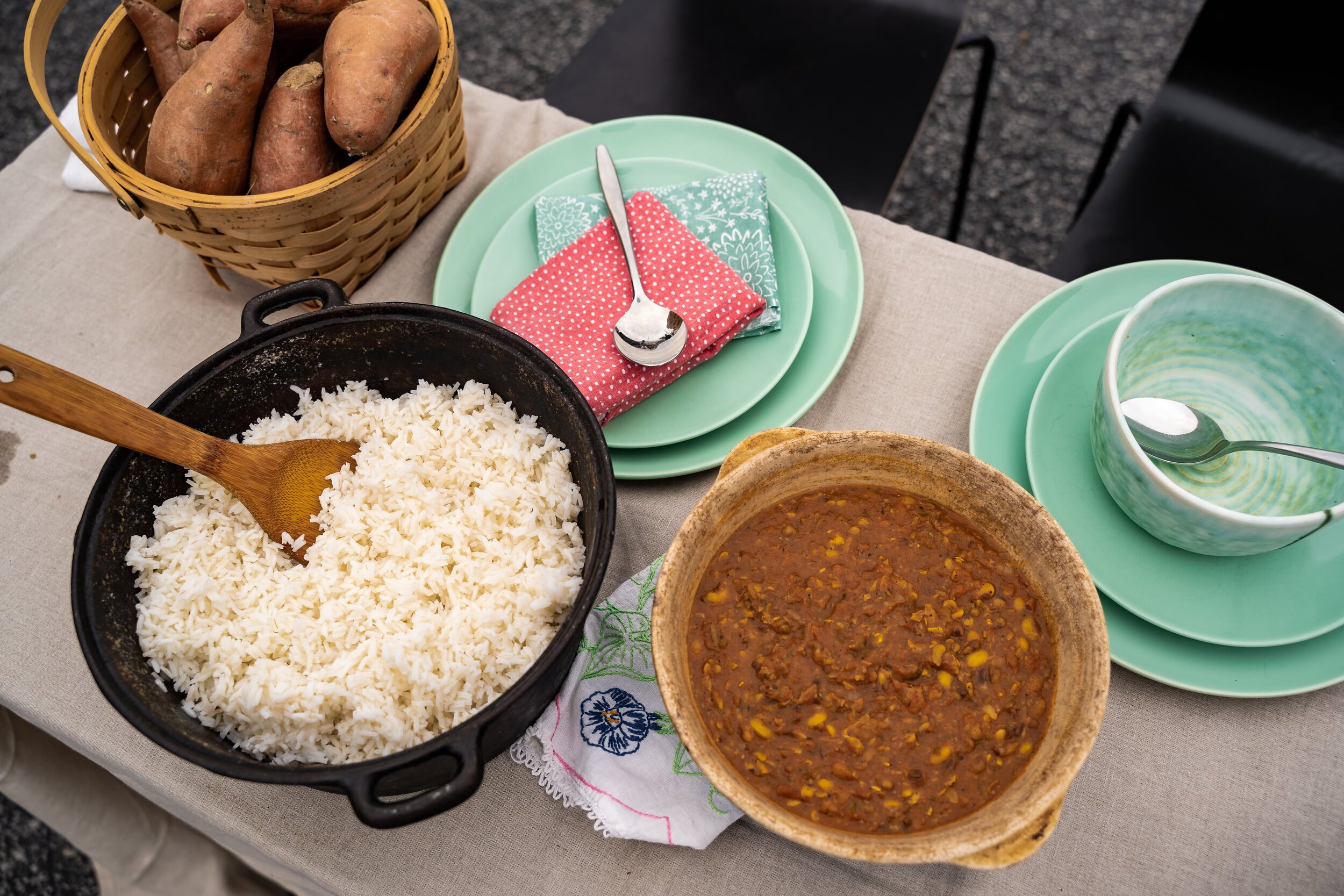 Too often historians have looked back on the work of African slaves as “unskilled,” but this forced labor literally created millionaires. That, I believe, takes some skill. In the past decade or so, there has been a resurgence to protect and grow these rice crops again, particularly Carolina Gold rice. However, as is too often the case, the folks who never got any reward for their skills still aren’t getting much with this revival.

Before white Europeans started forcibly importing Africans to this continent, there was another group of people whose contribution to Southern staples is often overlooked. I’m referring to the indigenous people who inhabited all of this land and knew the New World as their world.

The varieties of fresh tomatoes and corn we spend all winter dreaming of wouldn’t exist without the centuries of indigenous cultivation. 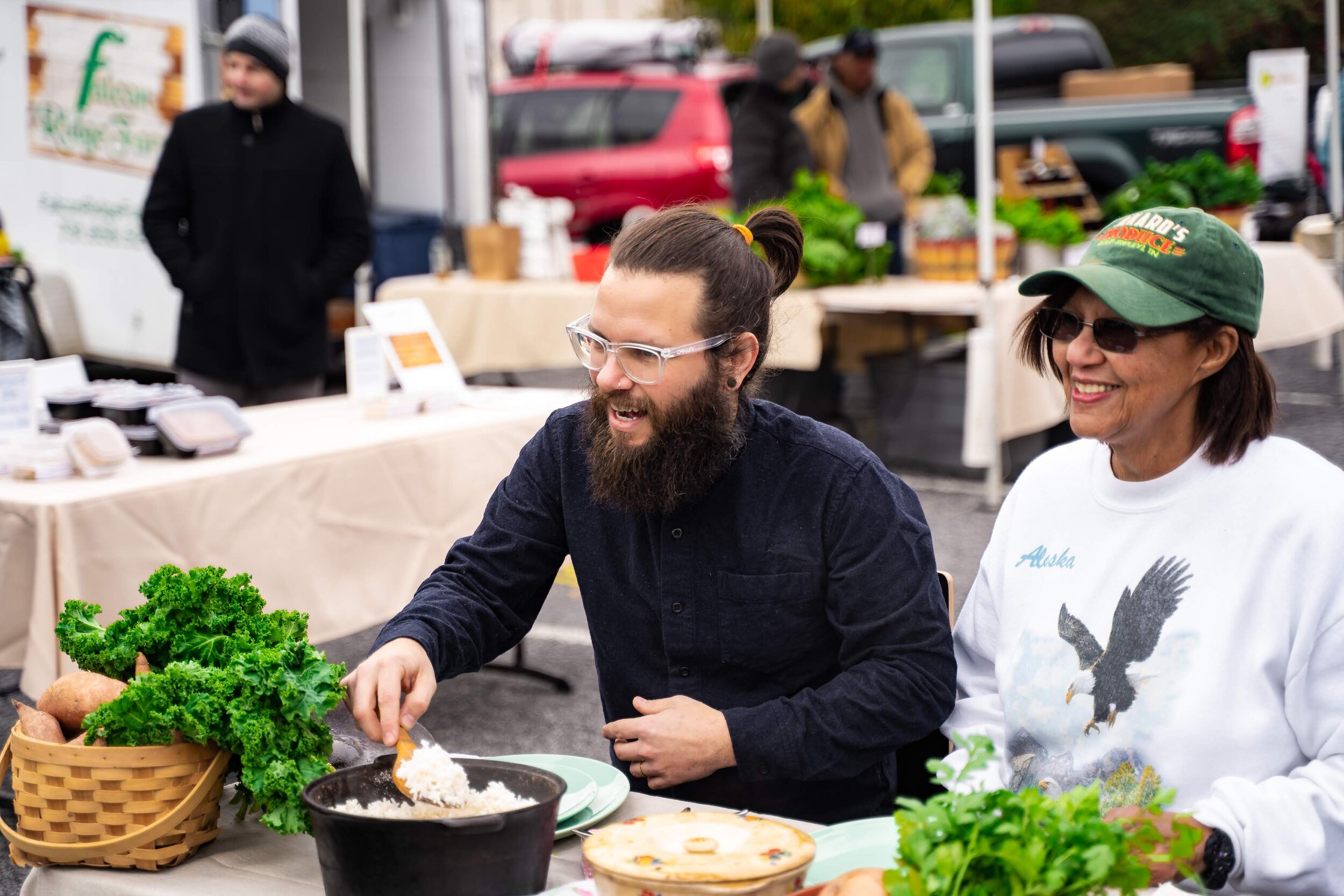 Today it seems there’s no shortage of tomato varieties at our late spring and early summer markets, but GMO giants have staked a claim on corn, making native varieties scarce. Indigenous people knew hundreds, if not thousands, of corn varieties, but I’ve rarely encountered more than a handful from local growers. Of those few varieties, most of them are sweet corn, with the dent and flint varieties seemingly relegated to industrial agribusiness. What a shame. It’s hard for me to think of a food more Southern than cornbread, and while we in Memphis can buy locally milled corn, you might find that the corn used is more chemistry than nature.

Small-plot farmers in Mexico are keeping the genetic diversity of corn alive, though, and scientists have taken note.

It’s believed that, among the millions of small-plot farmers, there are billions of genetically diverse corn plants. 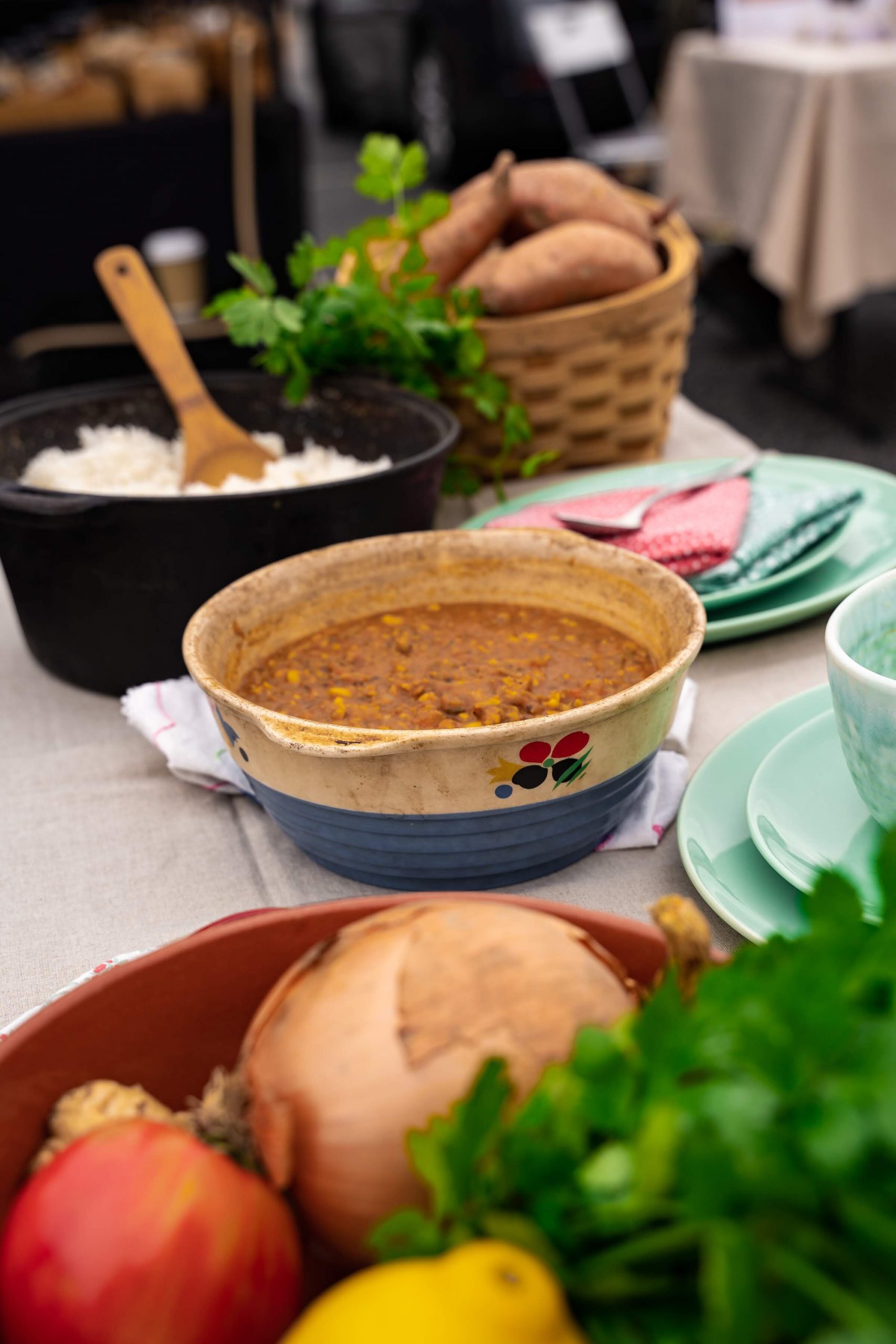 What does all of this mean for us today? Personally, I can’t eat a bowl of Whitton Farms purple hull peas or grind my homegrown Cherokee White Eagle corn in the Corona mill (made in Colombia) without thinking of all these stories. When I buy sweet potatoes from Debra Lockard, an African American farmer and owner of Lockard’s Produce, it feels like a step forward.

I believe that we must acknowledge the history of these foods and learn to view them as precious, vital and a tool of reconciliation.

It’s fascinating to me how that one meal of peas and tomatoes could spark so many thoughts and emotions. It reminds me of our humanity, our shared experience. It reminds me that this lens of food through which I’ve come to view the world is also telling the story of us as people. The story is weird, amazing, complicated, broken and problematic—just like us. 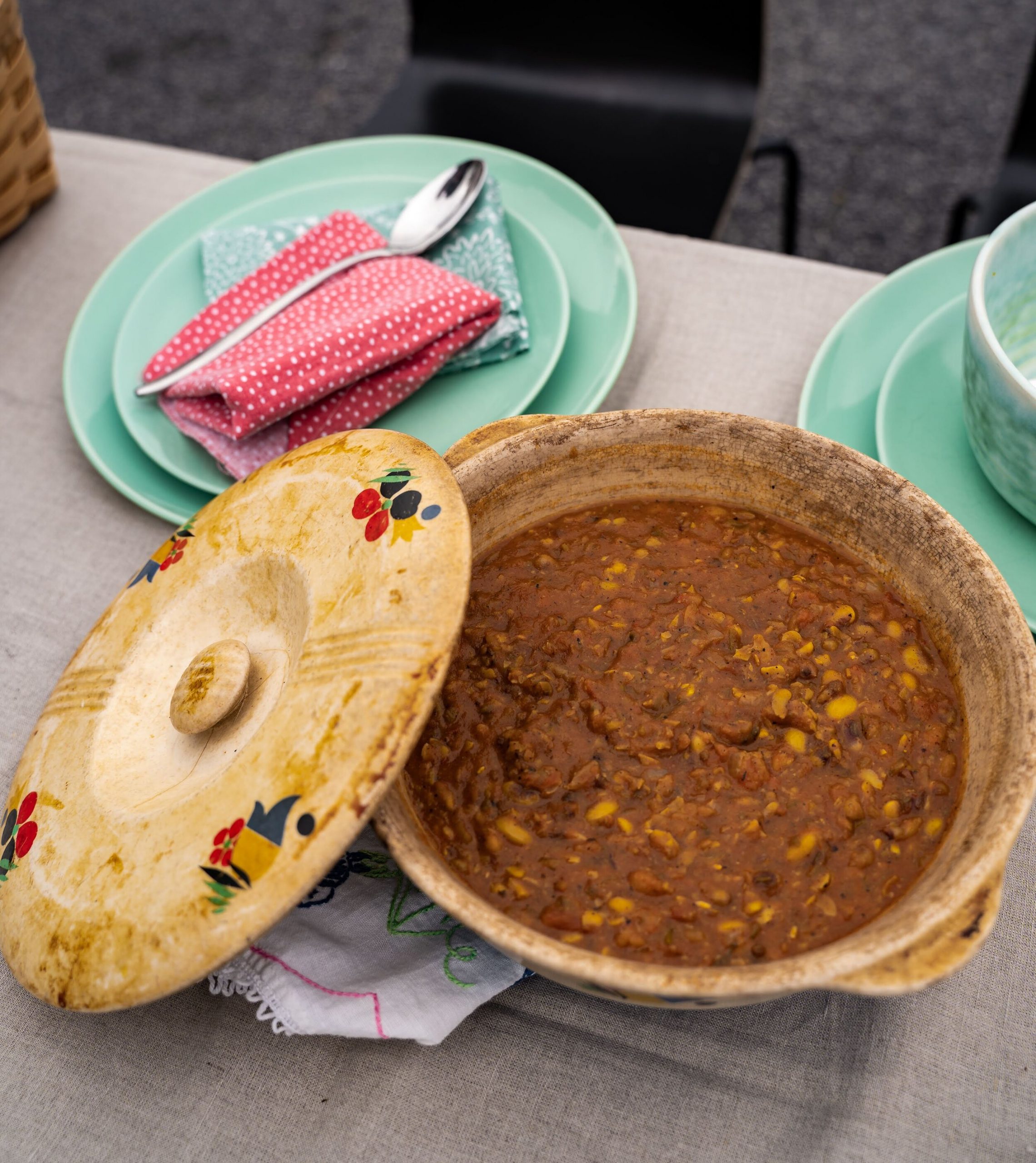 1 cup (about ¼ of a large onion) diced yellow onion

1 14.5-ounce can of no-salt-added diced tomatoes, or 5-6 medium-sized fresh tomatoes, peeled and diced

Don Gaines is a native of Ripley, Tennessee, and moved to the Memphis area in 2016 after layovers in Searcy and Little Rock, Arkansas, and Springfield, Missouri. You might see him staffing the farmer’s market booth for LuLu’s or carrying a sheet tray full of vegetables from a local farmer. If not on a bicycle or tending to his home garden with his wife, you’ll find him in a kitchen somewhere trying to make sense of everything. @thatvegandude