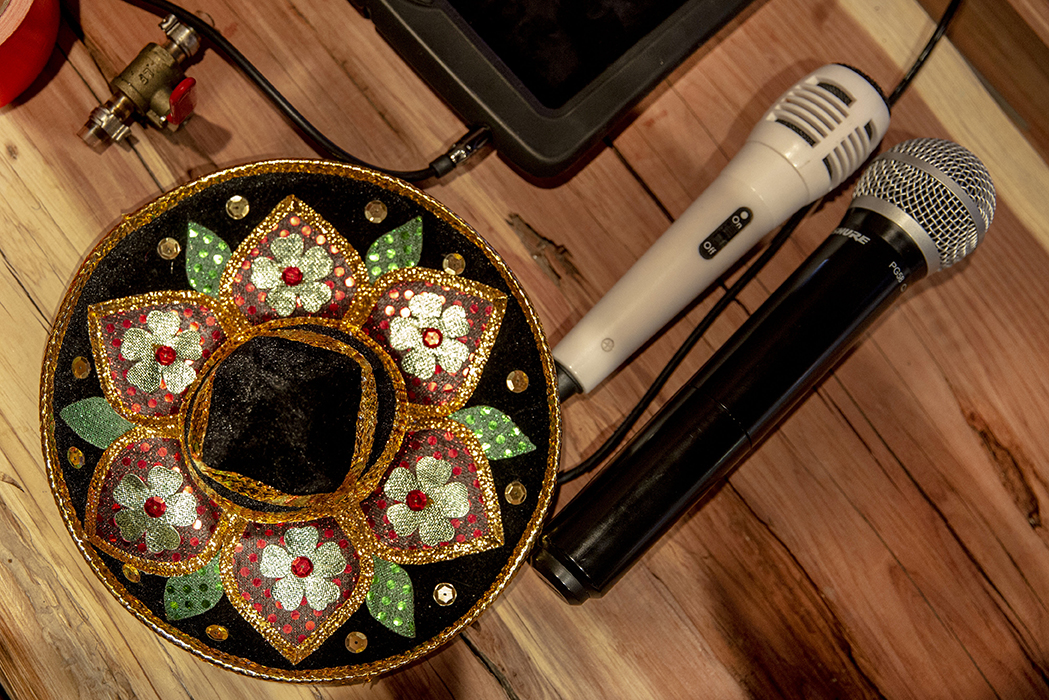 Note from editor: Owner Patricia Aguilar has temporarily closed the restaurant to add tables and update the kitchen. We will let you know when La Herradura reopens. Until then, enjoy the story!

La Herradura is a whole experience for the senses—food, music and crafts. I took my friends on a Friday night for karaoke, shopping and to try something new—aguachiles.

It was a fun evening singing both Spanish and English tunes. La Herradura sells amazing craft pieces from Mexico, and one of my friends bought a sun-shaped watch. The aguachiles turned out to be delicious. If you like Peruvian ceviche, you have to try Mexican aguachiles. The same concept of cooking seafood in citrus juices is used for both dishes; however, aguachiles are cooked in a cold, spicy “salsa” which includes red onions and cucumbers. Sharp and refreshing, it’s served chilled.

They definitely get it right at La Herradura. 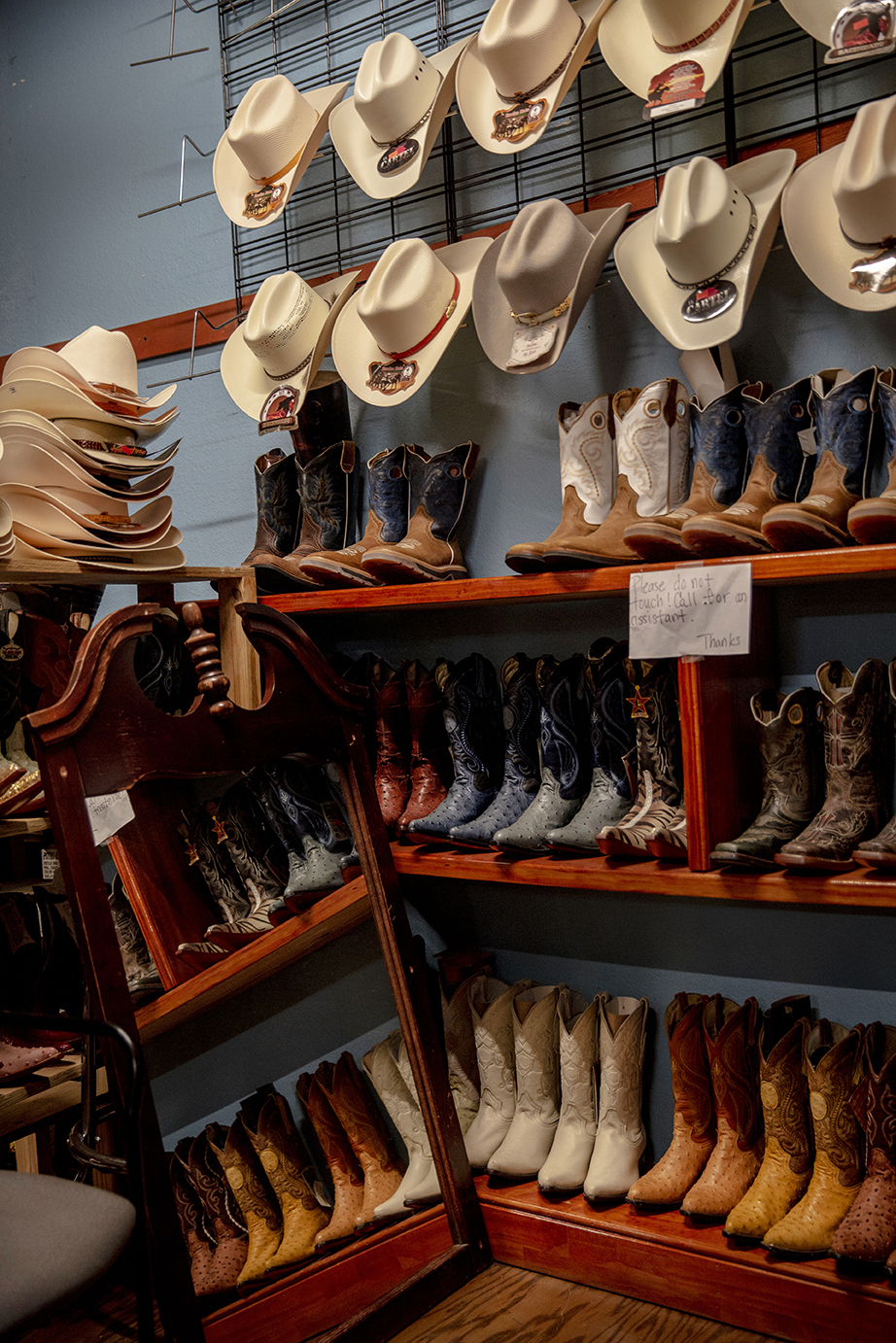 A week after that, I sat down with the owner, Patricia Aguilar. I have always found her restaurant to be a unique setup, and I wanted her to tell me how she came up with the concept. Didn’t she ever think it was maybe a bit “extra”?

“We decided to go into the restaurant business by accident,” she says as she chuckles.

All of the merchandise that Patricia had in her Western clothing shop (also called La Herradura, which means “the horseshoe”) arrived just as she learned that her lease wouldn’t be renewed. Right at that moment, the day care that was housed in the current building that she and her husband, Pedro, already owned, shut down. Patricia decided to move in “temporarily.”

The space was too large for her clothing shop needs. She thought it would be a good idea to turn the other half of the building into a taqueria (taco shop). There was a kitchen in good shape left by the day care, and it wouldn’t be too expensive to upgrade it into a restaurant kitchen. 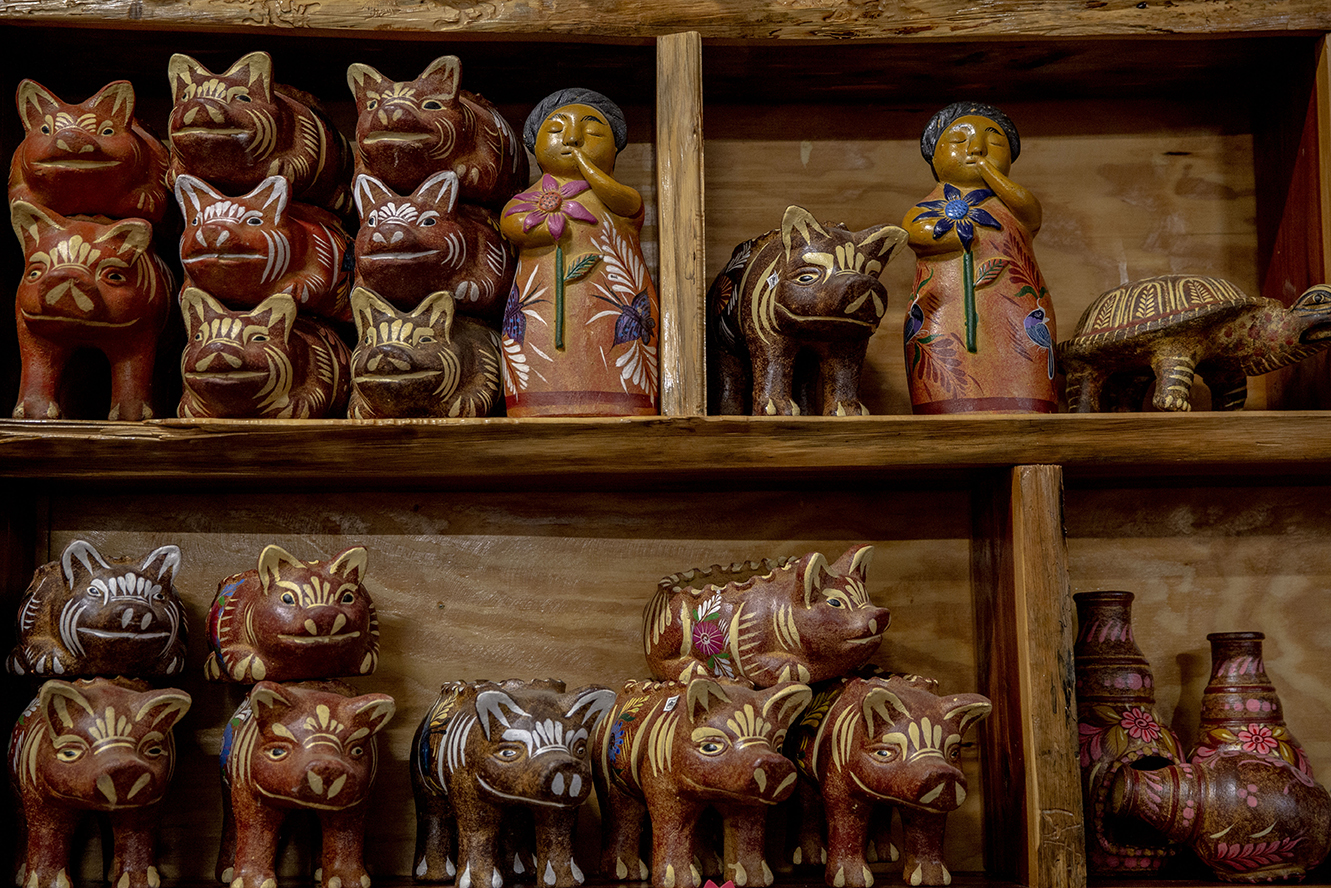 A local chef showed interest in running the taqueria business, but he had to back out at the last minute. “Let’s do it ourselves!” was Patricia’s reaction.

Many years of experience taking care of people and her love for Mexican food made her believe that she had what it takes to run a restaurant.

By then, she and Pedro had already invested an important sum building up the kitchen. Although Pedro was not so sure it was the right move, Patricia talked him into it. She wanted to create something different. Something cozy, with homemade flavors but also reminiscent of her native Michoacán—something unique in Memphis. 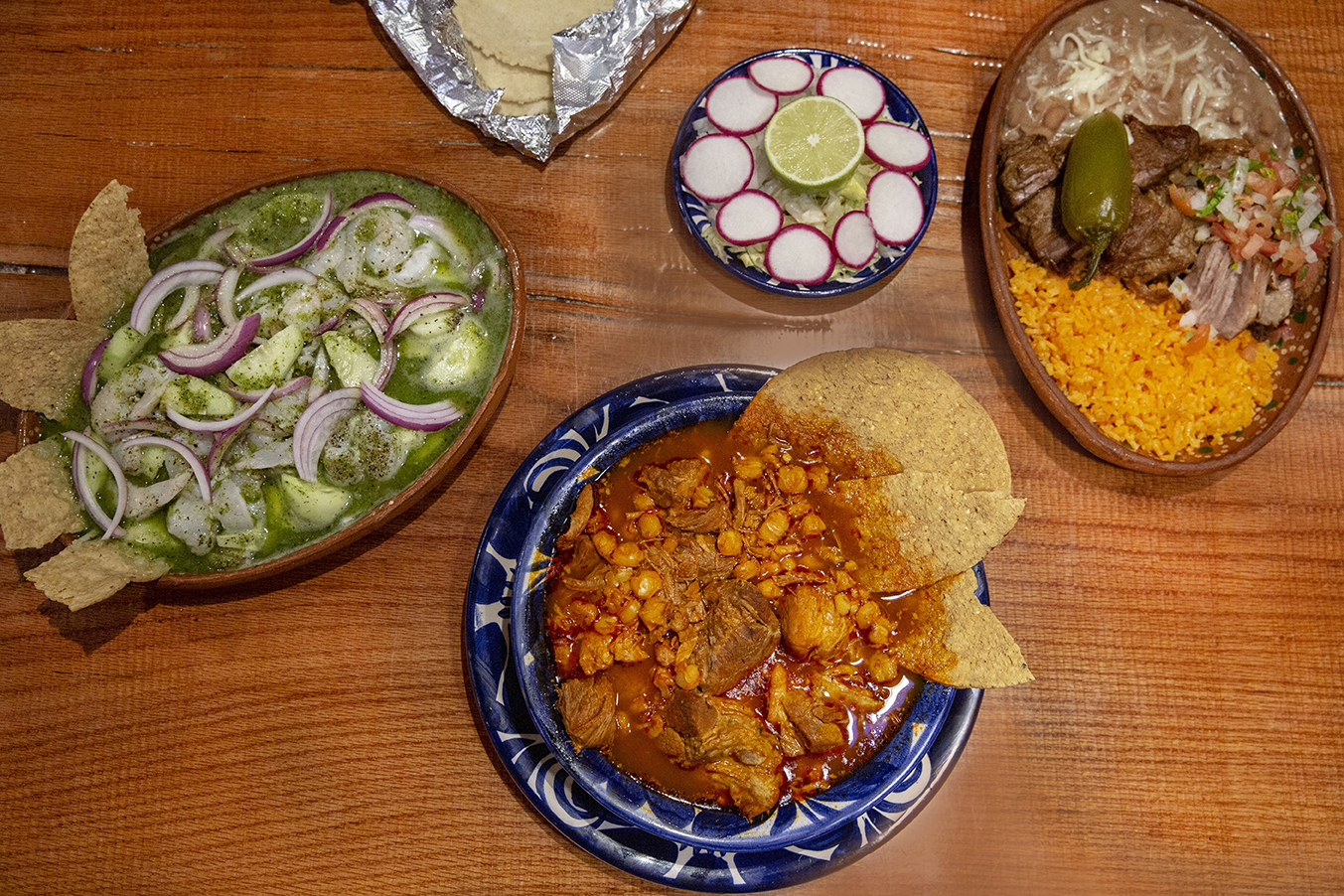 It took two years to get everything ready for the big opening in December 2015. They weren’t in a hurry, but rather focused on offering something different to Memphians.

Pedro runs a successful construction business that he has grown with hard work since coming to Memphis 21 years ago from California. It was there they met and married, right after Patricia finished high school. Once in Memphis, Patricia worked many years for a local bank, helping to build a Latino clientele, before opening the first La Herradura. 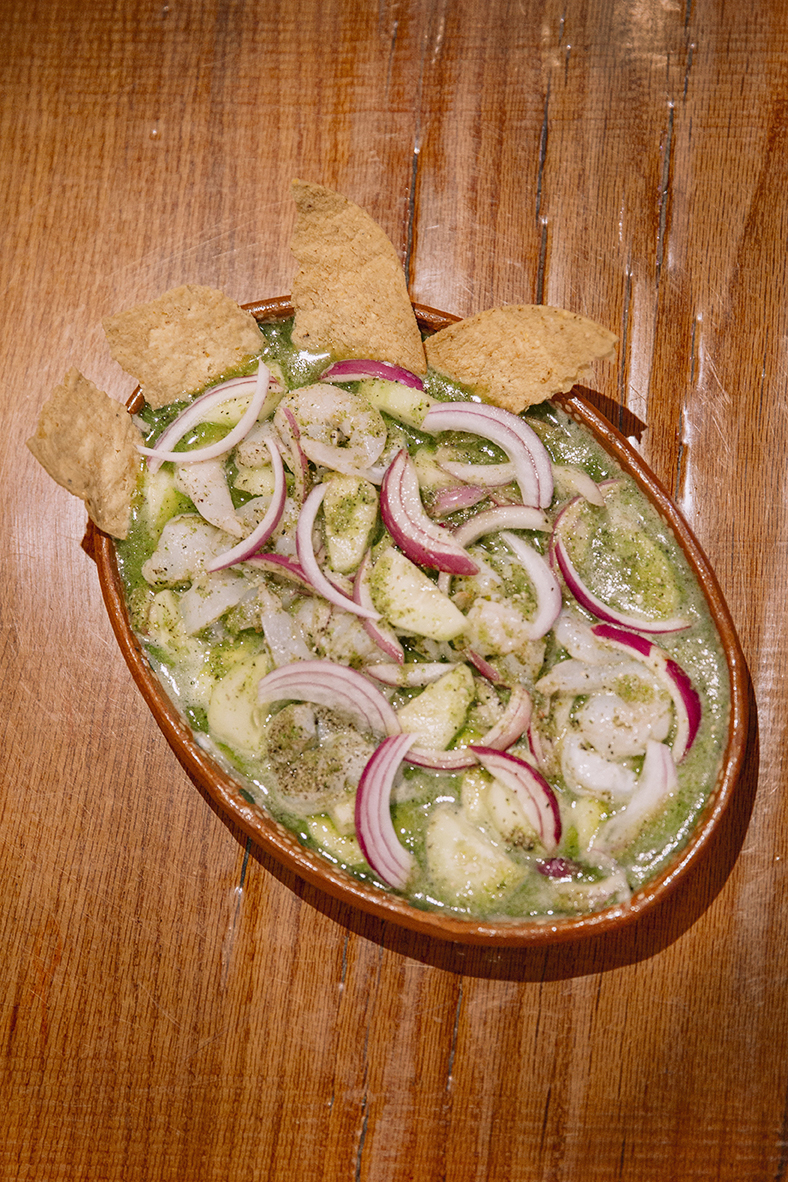 I tell her that I loved the aguachiles and ask if they are from Michoacan too, after remarking that they must have been prepared by someone who knew what they were doing. She laughs and tells me aguachiles are from Sinaloa, pretty far from her hometown. She recommends carnitas or pozole if I want to try traditional Michoacan cuisine. She seems very proud to tell me the popular carnitas—slow-cooked pork—are in fact, originally from her town.

“Pozole changes depending on where you are in Mexico,” she says. 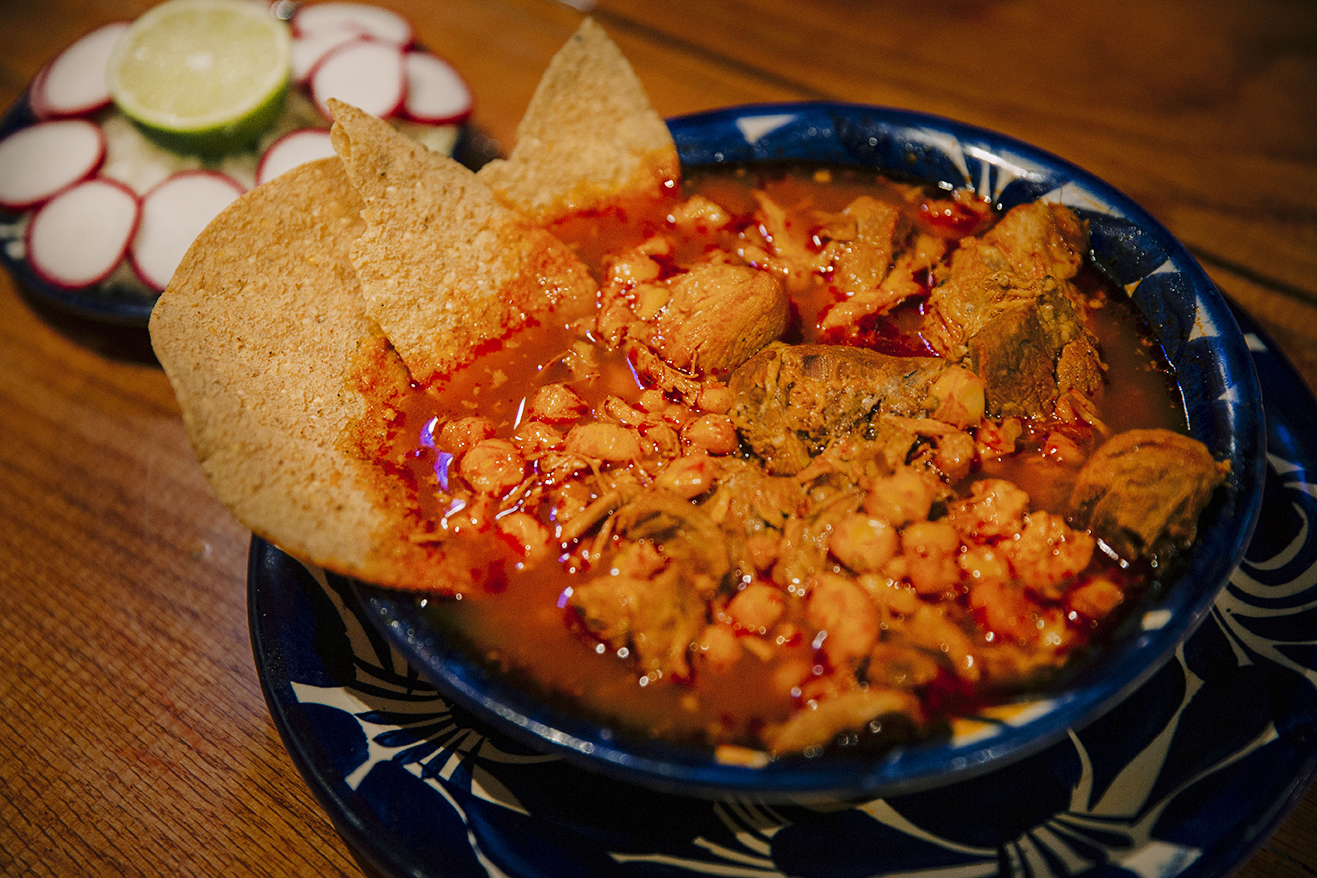 Pozole is a thick pork and hominy soup. Patricia explains that this soup can be white, green or red, just like the colors of the Mexican flag. It all depends on the condiments you add to the stock. In Michoacan, pozole is red, due to the chile peppers they use. She reminds me that hers was voted as the best pozole in town by The Commercial Appeal readers. I can’t resist the temptation and order a bowl for the rest of the story of the “accidental restaurant.”

She remembers that once they decided to do it themselves, they began to work on the menu, but also on the decorations. Pedro bought a massive oak tree to build tables, benches and the bar. It was a lot of work, carried out with love when he wasn’t working. Patricia thinks it gives the restaurant the rustic look that she wanted. It has proven to be a wise choice: Both Americans and Mexicans continuously say how it makes them feel as if they’re in Mexico.

The combination of wooden tables, handicrafts and the delicious scents of their food certainly transport you to a special place. 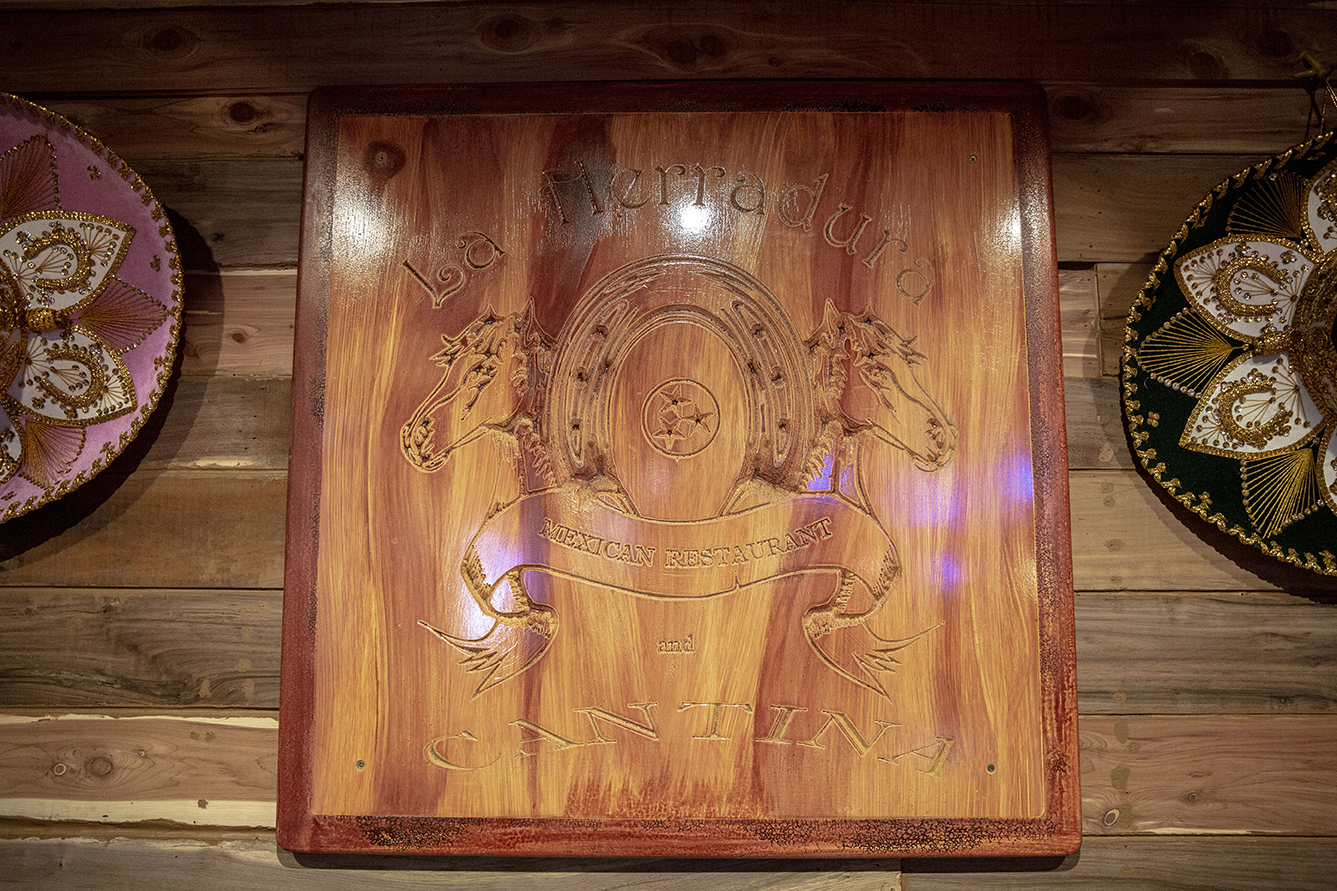 Although Patricia has never been the chef herself, she makes sure that dishes have her family flavor. When the restaurant kicked off, they used to offer a special dish each day of the week. “Pozole on Mondays, chiles rellenos on Tuesdays, aguachiles on Wednesdays and so on,” she says. Nowadays they have decided to have all these dishes on a daily basis, as they have proven to be widely popular.

She feels proud of the clientele they have built. Many Americans visit her restaurant regularly, and so do people from many different countries. “When I am here on a Friday night and I see families from different countries singing in Spanish and English and just having a good time, I feel happy and blessed,” she says. 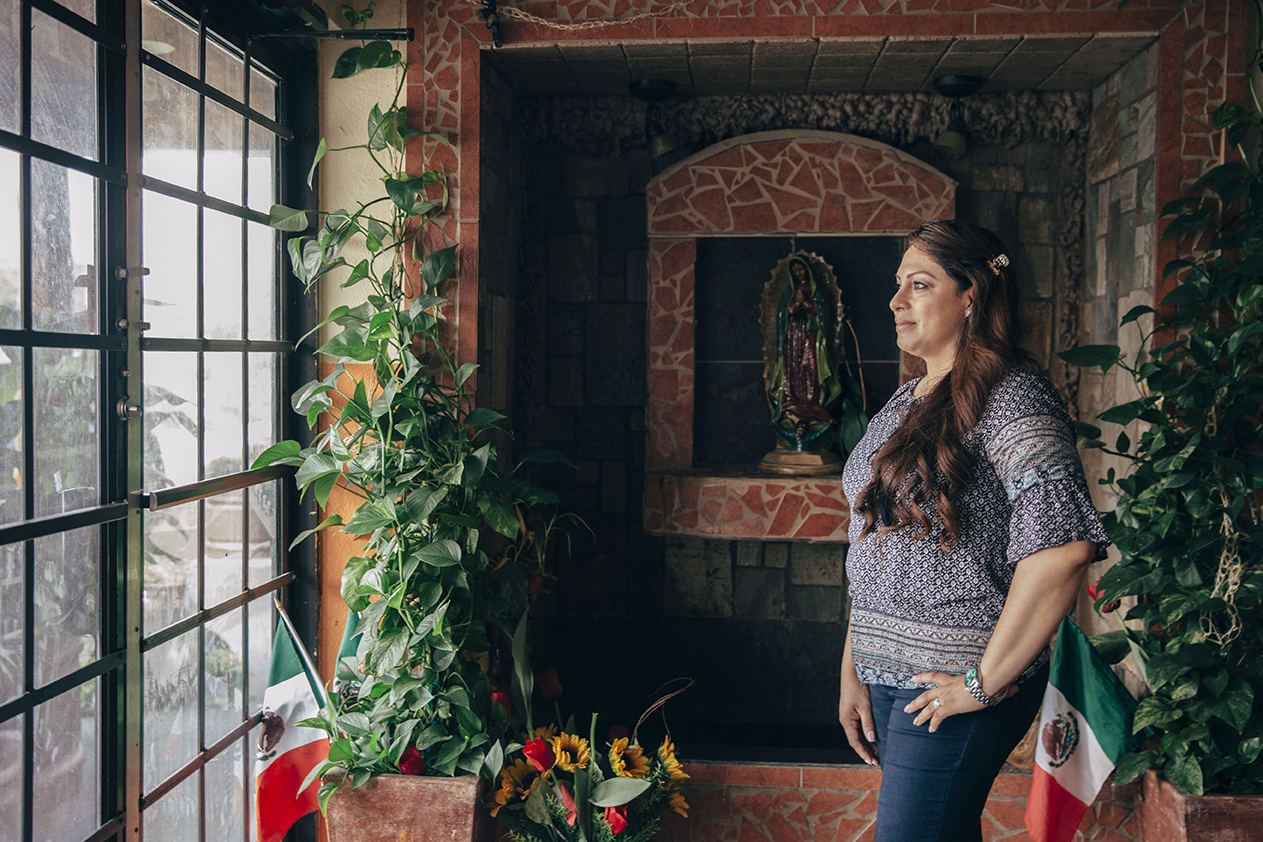 A devout Catholic, Patricia says that prayers are a big part of their success.

“We also like to make people feel as they are well taken care of, not only our customers, but our employees too, and people notice that,” she says.

“We are a great team: the cooks, the servers. I just love to be here. When I take a day off to run errands, I miss being here and I am immensely happy with how successful the restaurant experiment has turned out to be.”

Andrea Morales is a producer with the Southern Documentary Project at the University of Mississippi. She’s Peruvian-born, Miami-bred and Memphis-based. After years of existing in spaces heavy with the constructs of socioeconomic binaries, her work moves with the hope of observing the things in between. @_andrea_morales

Lessons Learned in the Garden

From Childhood Dreams to a Retiree's Reality