Agriculture programs educate the next generation 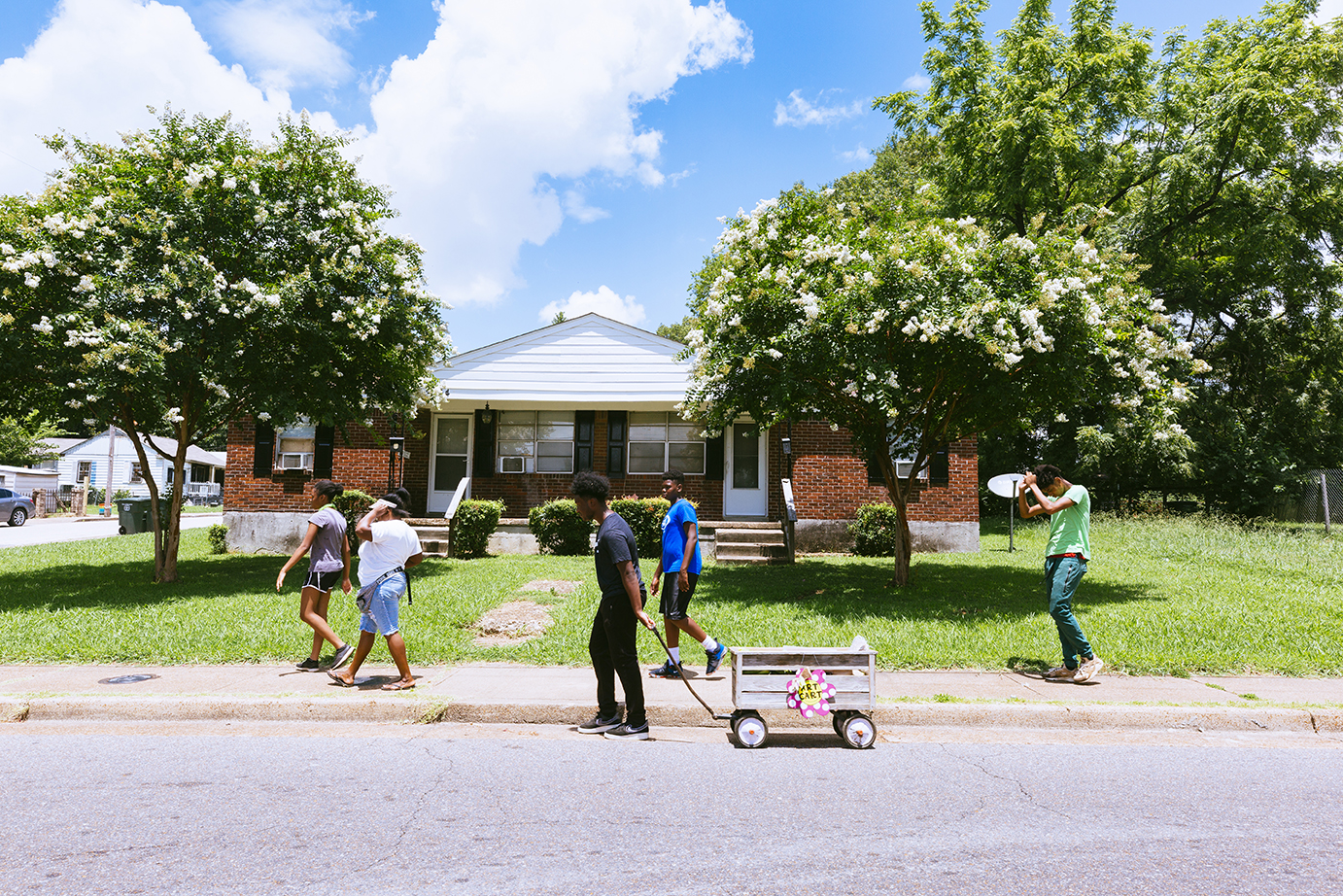 “A garden can teach you anything.”

That’s the mantra of Mary Riddle, the director of environmental education and sustainability at the Hutchison School in East Memphis, where her job includes working with students at the all-girls private school on ways to integrate the school’s farm and outdoor facilities into classwork and studies as much as possible. It’s a mantra, but also a mission, because while that kind of philosophy might sound like a nice educational add-on—a luxury that’s not necessarily a core part of studies over the course of the day—this is how seriously Mary and Hutchison are taking the idea: 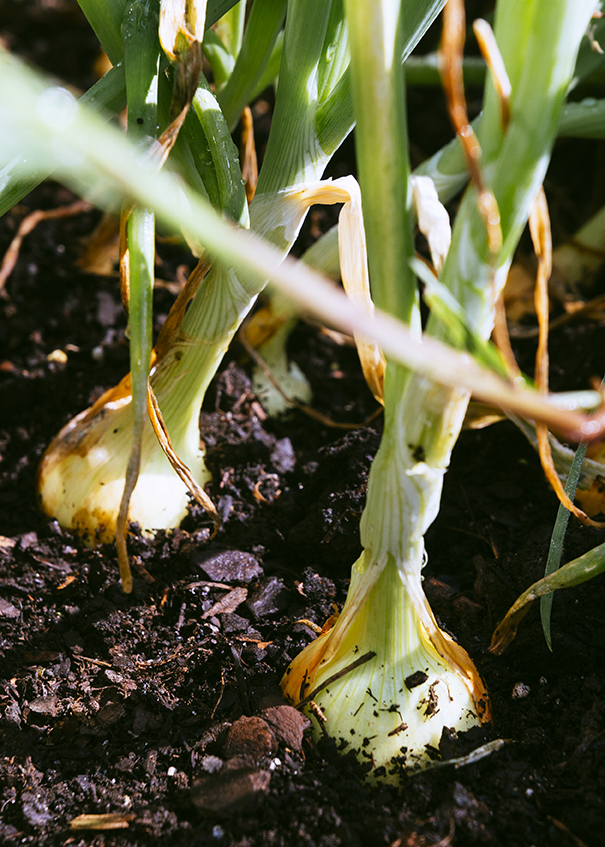 The school is in the process of building out a farm, on a roughly one-acre patch of land close to the Ridgeway Road side of the school, that will include a climate-controlled glass greenhouse, native plant trails and lookout towers. Other features will include an outdoor classroom with an outdoor kitchen, an orchard, a new apiary and dozens of expansive raised beds for producing vegetables, flowers and fruits.

You can easily contrast that with the modern education landscape, which is chock-a-block with schools going increasingly high-tech and turning to the most expensive, modern and digital tools they can get their hands to augment classroom learning. And while Hutchison certainly does those things, this investment in the outdoors, as Riddle explains it, is meant to replace screen time with green time as much as possible.

Why? To build facilities that “will allow for the programming that will put Memphis girls at the forefront of the burgeoning agtech movement.” 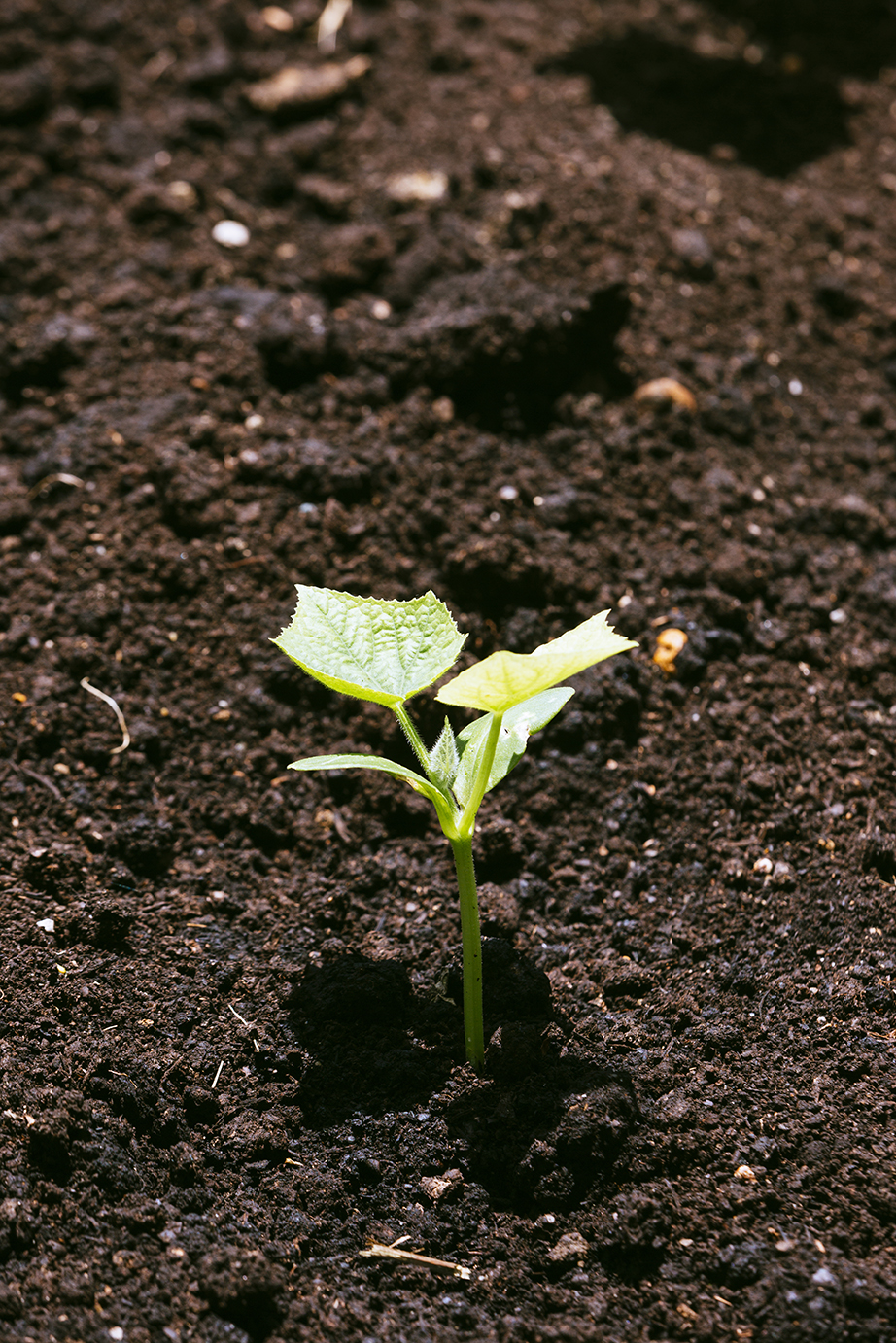 That’s really what Mary is getting at when you think about the meaning of her mantra. It’s not about gardens for gardens’ sake, or using them merely to learn how to farm and grow food. It’s about no less than changing the way kids see their place in the world in preparation for helping them lead extraordinary lives.

The farm is a lens, in other words, through which they learn more about the world. And themselves.

Hear from Mary Riddle and see the girls of Hutchison at work in this Hutchison Farm Spotlight video.

“We try to use the farm—and anything ‘sustainability’—as a complement to any lessons they’re already working on,” Riddle explains.

For a math lesson involving, say, the teaching of cubic feet? The girls can come out to the farm and look at how much planting is needed to fill one of the raised beds.

“One of the main ideas we want every kid to walk away with here is that they have the duty and the obligation and the ability to make positive change in their community and the world,” Riddle continues.

“That’s what we constantly emphasize. That we’re preparing them for lives of integrity and global citizenship.”

And it’s not just happening at Hutchison. There is arguably something akin to a movement unfolding across Shelby County with a similar purpose to the Hutchison farm.

It’s an assortment of more or less disconnected efforts that share a common goal—the agriculture-related education of the next generation of citizens.

It’s not a cohesive effort we’re referring to but rather a series of different initiatives that encompass everything from 4-H to FFA to the Shelby County Agricultural Extension Service, to name a few. The kind of thing that’s not as sexy and can get a little overshadowed next to things like agtech and developments in the start-up world that capture their fair share of attention in any discussion about sustainability and efforts to make the world of both today and tomorrow a little greener.

Memphis, as we’ve reported recently, has already become a nexus of the modern agtech industry, with the city drawing interest from the start-up community as well as major players ramping up a presence here. Along those lines, Indigo Ag—which recently installed its North American commercial headquarters in downtown Memphis—held its first annual Beneficial Ag conference here. It was a conference that brought together farmers, plus representatives of seed and grain companies, among others, to talk about ways to improve the food system. 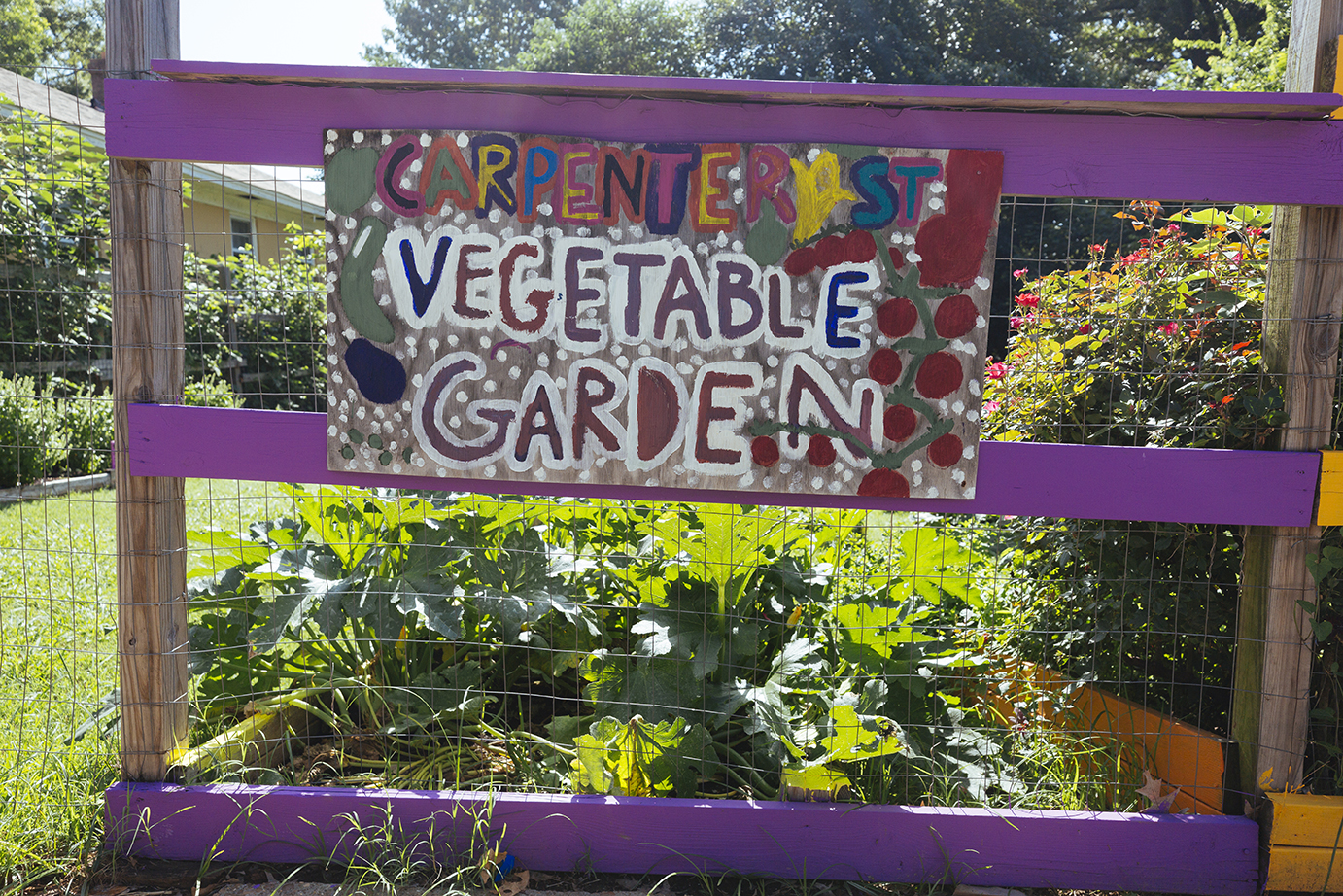 Creating a future in Binghampton

It’s hard to ignore the fact that Memphis has put itself on the map in a pretty major way when it comes to agtech and the like. But no less important are members of the region’s generation of tomorrow, like the Hutchison girls as well as the teenagers tending to the beds of produce that comprise the Carpenter Art Garden in Binghampton.

The name refers to the nonprofit overseeing a collection of several properties on Carpenter Street that include three produce gardens, all run and nurtured by teenagers from the neighborhood.

They’re paid a $10 hourly wage and connect with local restaurants like Tsunami and The Liquor Store to coordinate what they would like to have the garden grow and sell to them. Carpenter Art Garden also sells produce to area residents and a couple of local grocery stores, according to executive director Henry Nelson.

“Our mission is to work with the children in Binghampton,” said Nelson, who adds the organization is currently working with 17 teenagers. “We do that through creativity and also something to help their self worth. We do it through art, art education and also vocational opportunities.

“There are art pieces throughout the garden, pieces made by the students. It’s just part of our vision to help the children of Binghampton create a future for themselves”

The kids started planning in February for the growing season that began in May and for which harvesting is underway now. The garden beds throughout are filled with things like squash, zucchini and tomatoes. 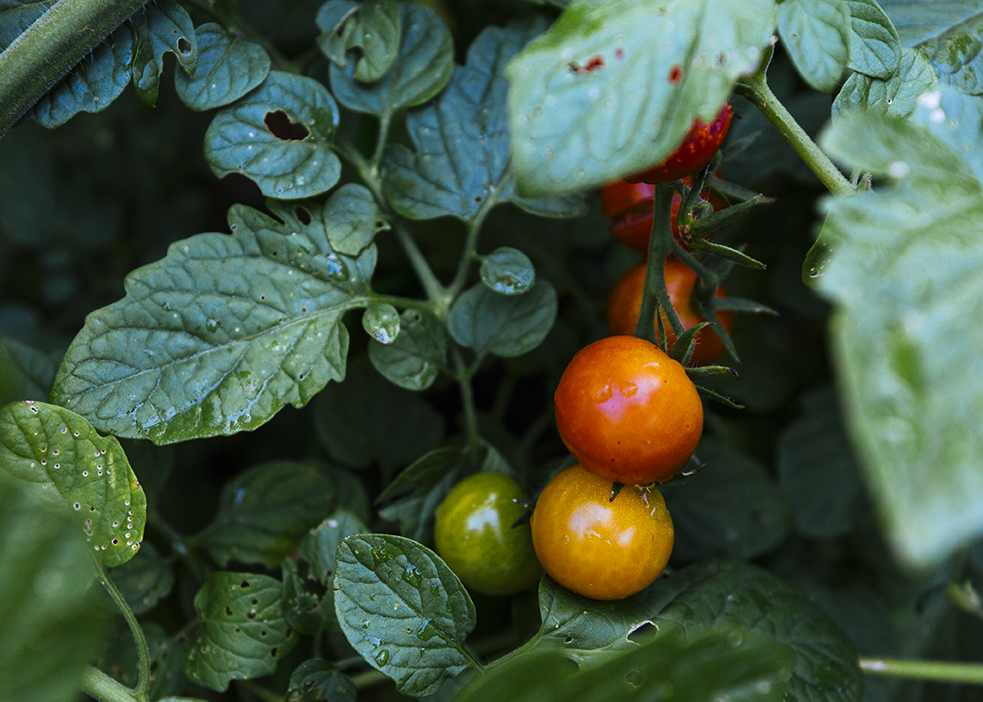 Dalton Luna, meanwhile, is another example on the other side of Shelby County of a kid busy with this same kind of work. He just graduated a few weeks ago from Collierville High School where he served as president of the Collierville FFA chapter.

Luna said he wanted to participate in FFA because he saw how much fun and how beneficial his group of friends found the association, which prepares young people for leadership and careers in the “science, business and technology of agriculture.” The letters in its name stand for Future Farmers of America, and its motto is this: “Learning to do, doing to learn, earning to live and living to serve.”

Luna’s work with the group included things like after-school practices for FFA competitions, along with participating in numerous teams and community service opportunities.

“I’ve always had a huge passion for agriculture and loved working outside and just being outside in general,” Luna explains.

“FFA has many benefits. Not only do you further your agricultural skills and knowledge, but FFA also teaches young people life lessons such as brotherhood and serving others.”

He’s hoping to get a job as an agronomist after graduating from UT Martin. “I hope to land a job where I can test soils to determine what fertilizers could be used or practices that could be done based on the test results,” he says. 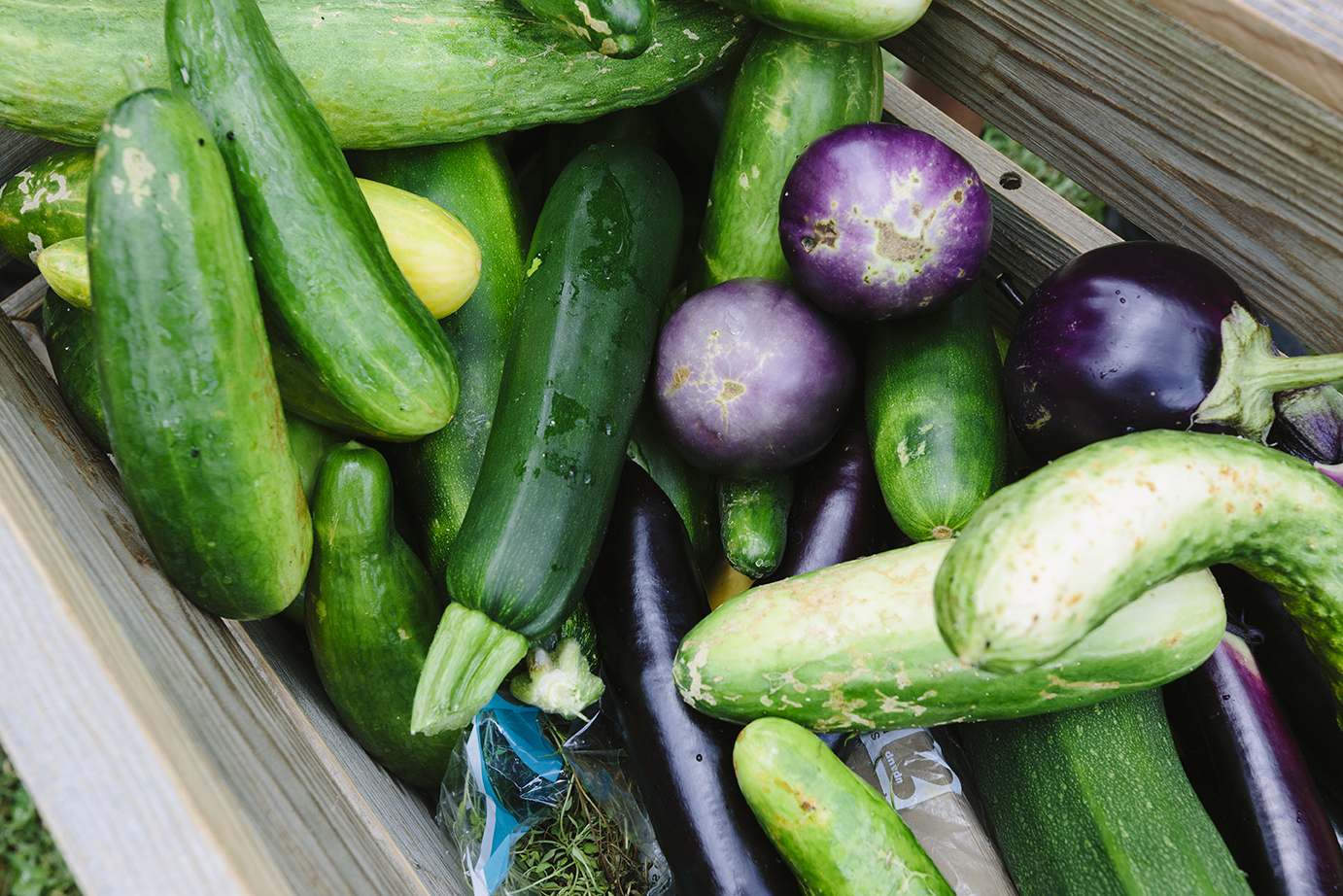 Young people like him, meanwhile, are also very much a focus of the work being done by the Shelby County Agricultural Extension Service.

That name refers to a partnership between Shelby County government, Tennessee State University, the University of Tennessee and the United States Department of Agriculture. And the group’s purpose is right there in its name—to serve as an extension of the participating universities, “extending” the knowledge those universities generate and sharing it with people in the community, all in the service of helping people adapt to changes in society and improve the lives of ordinary families and individuals.

If that sounds like a pretty lofty mission, that’s because it’s supposed to. The agricultural extension team focuses on issues relating to everything from agriculture and the environment to food safety, youth development and much more. The extension program also, among other things, serves Shelby County in areas that include 4-H youth development. 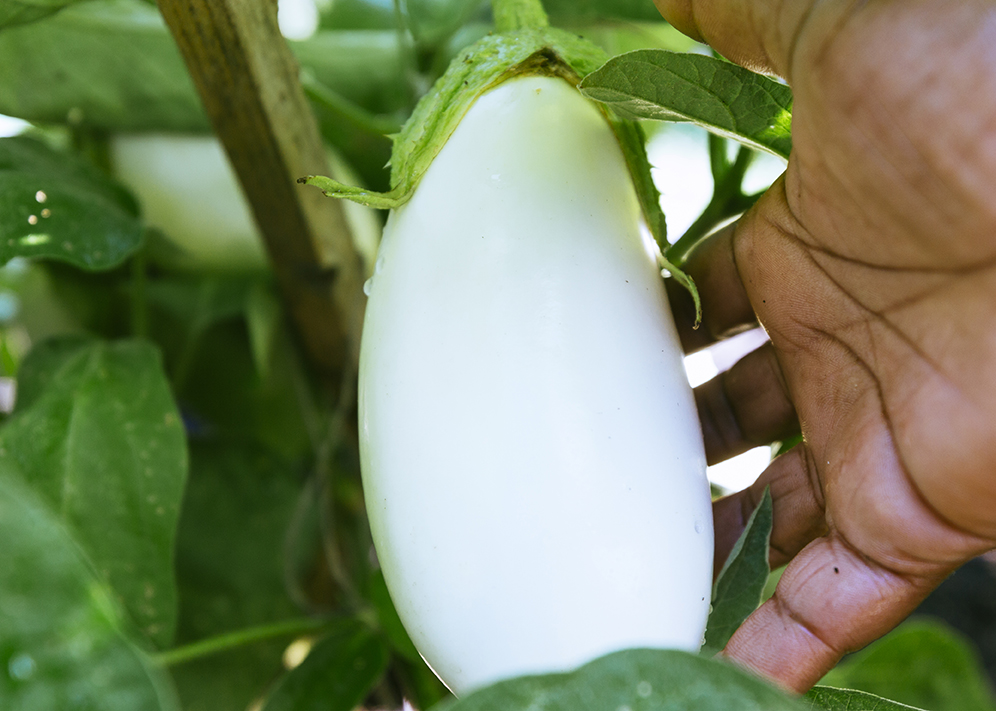 “Our mission,” explains Jim Todd, the extension director in Shelby County, “is to bring research-based information to people for things like agriculture, and we also have a youth development program that includes 4-H. We’re trying to make it as active as we can in Shelby County. Primarily, it’s an outreach program, 4-H is. But we’ve broadened the umbrella to include a lot of other nontraditional programs that we take to the schools.”

Traditional 4-H programs, he continues, tend to be club-based and focused on kids’ interests—anything from forestry to outdoor cookery and learning about wildlife.

“Almost anything that has to do with a life skill, we have a project that’s related to that,” Todd says. 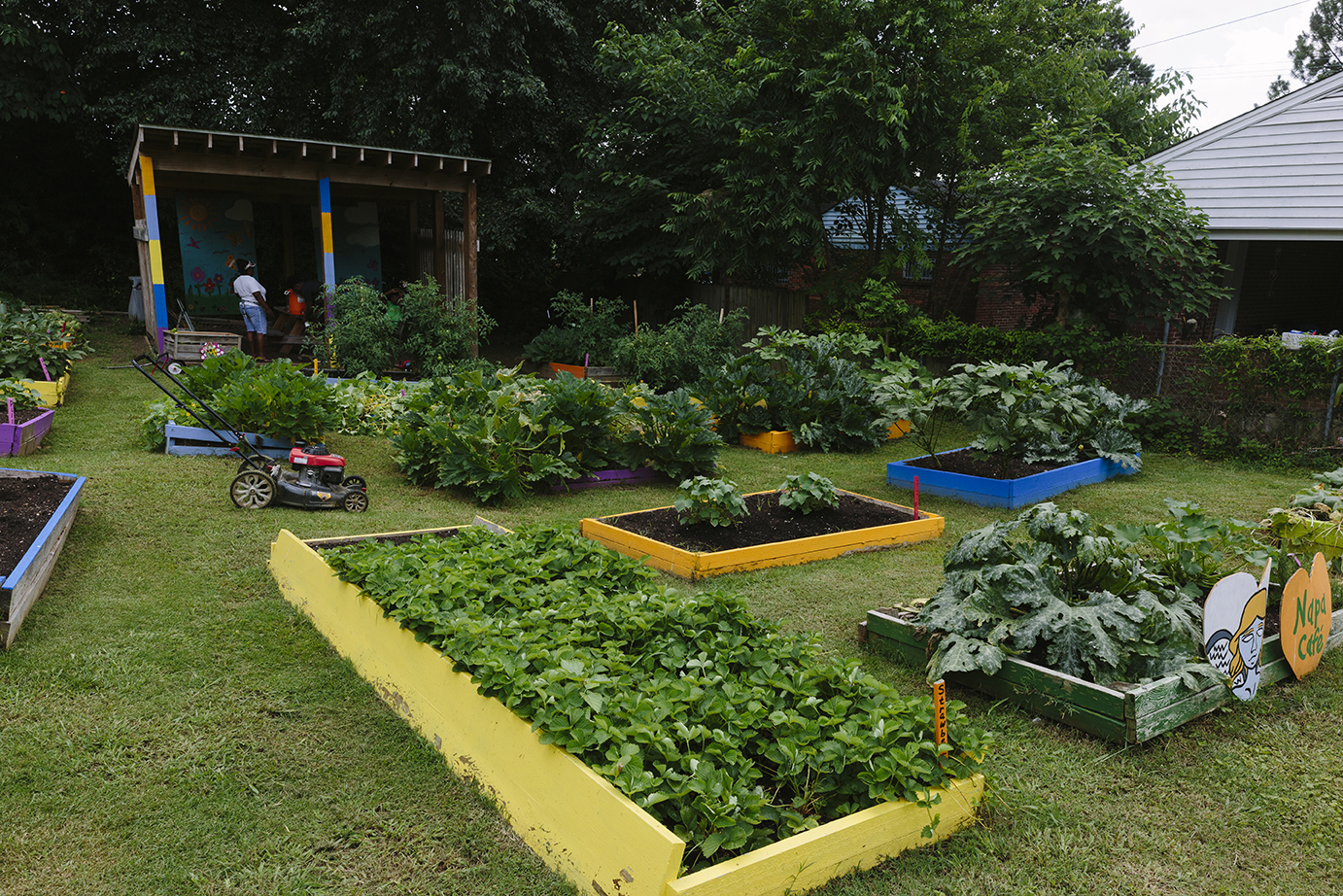 “We have about 10,000 kids that go through educational programs here at Agricenter every year. We may have a solar energy field trip, and they may come out here and visit our solar farm and be provided activities and lessons here. We’ve also got a program that introduces them to learn how seeds turn into plants and into the food that they eat.”

The 4-H effort that Todd’s organization leads is year-round. Todd says a motto here, like in FFA, is “learn by doing,” and the kids who participate learn by seeing, touching and smelling—immersing themselves in the outdoors and in the world around them.

“We want them to know these things are fun,” he says, “but they’re also going to learn a lot about some of the things they’re interested in.” Kind of like Riddle’s mantra, about the garden.

You plant seeds, water them, watch them grow—and whether the garden is real or metaphorical, it can teach you a lot, if you let it.