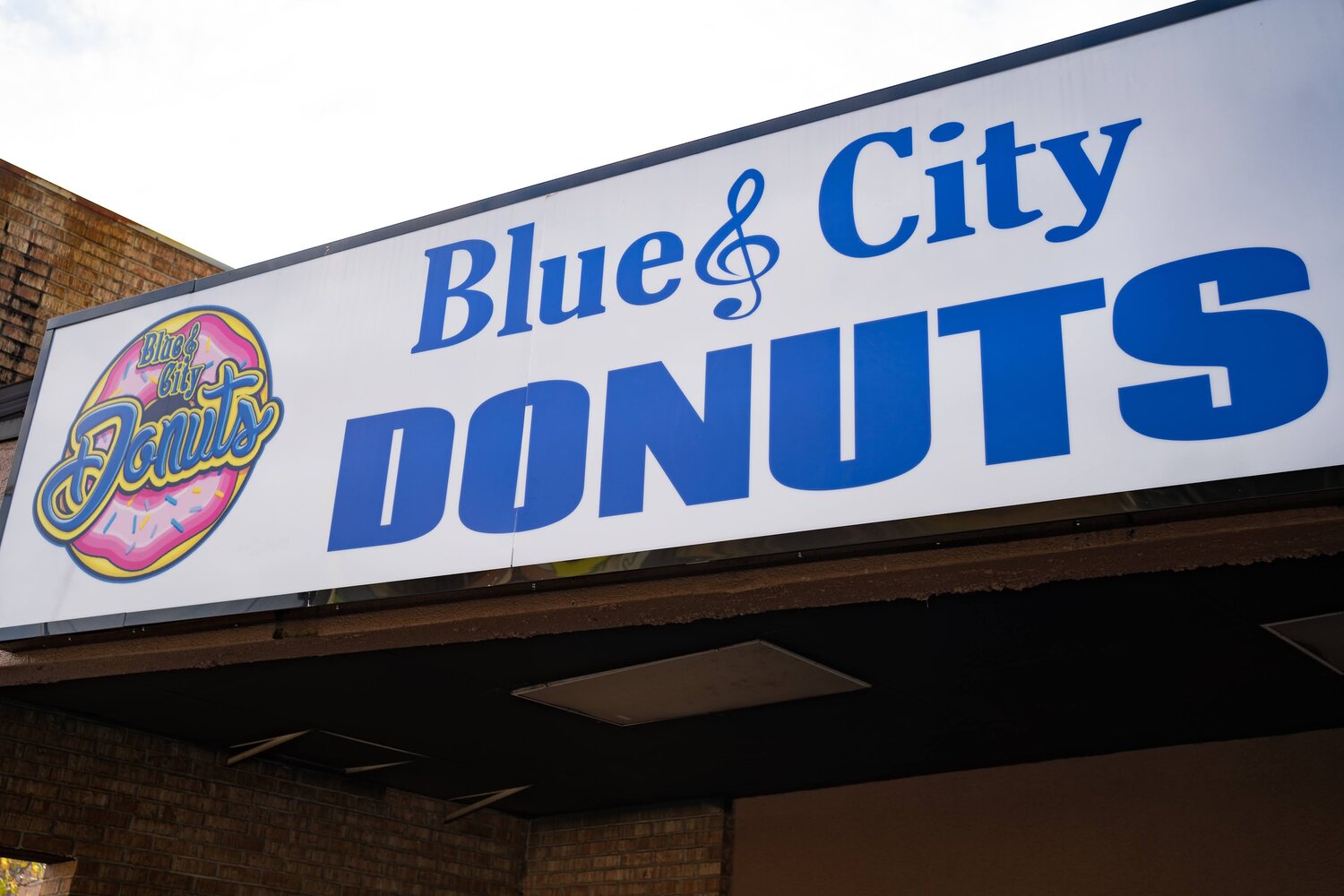 It’s nice to see you again, too.

That’s pretty much the conversation that was running in my mind when I looked over the trays of sweet treats at Blues City Donuts. It was like meeting old friends from my childhood.

I was there to meet shop owner Rueal Braden, a trained sous-chef who has been cooking up delicious meals since 2012. Believe it or not, baking wasn’t his first passion. “I only baked on the side,” Rueal shares. “Baking has to be precise, and I really couldn’t stand it.”

Fresh out of culinary school in 2012, Rueal worked at Blues City Cafe until he had to leave due to health reasons. He moved to retail but  was continuously called back to cooking. 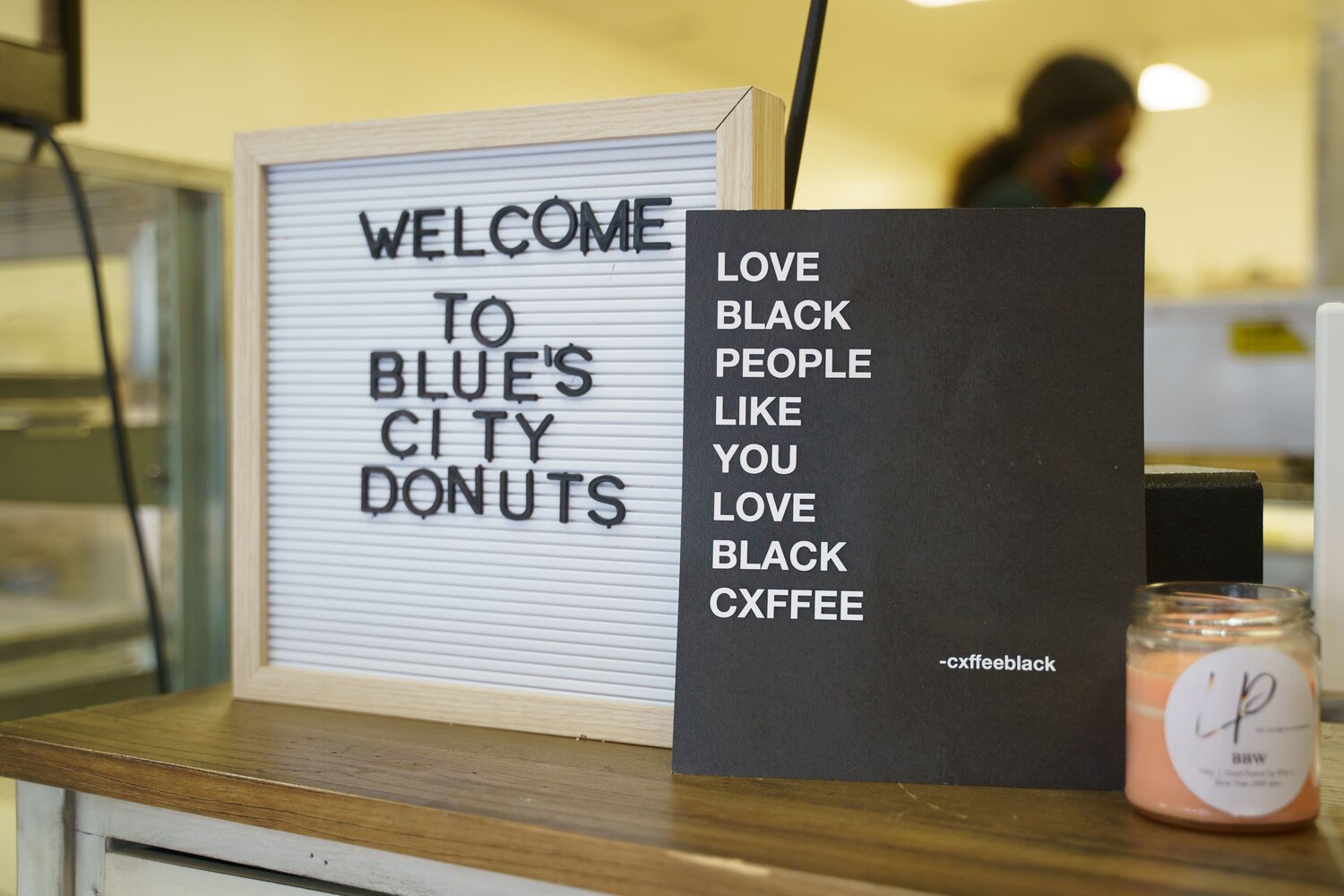 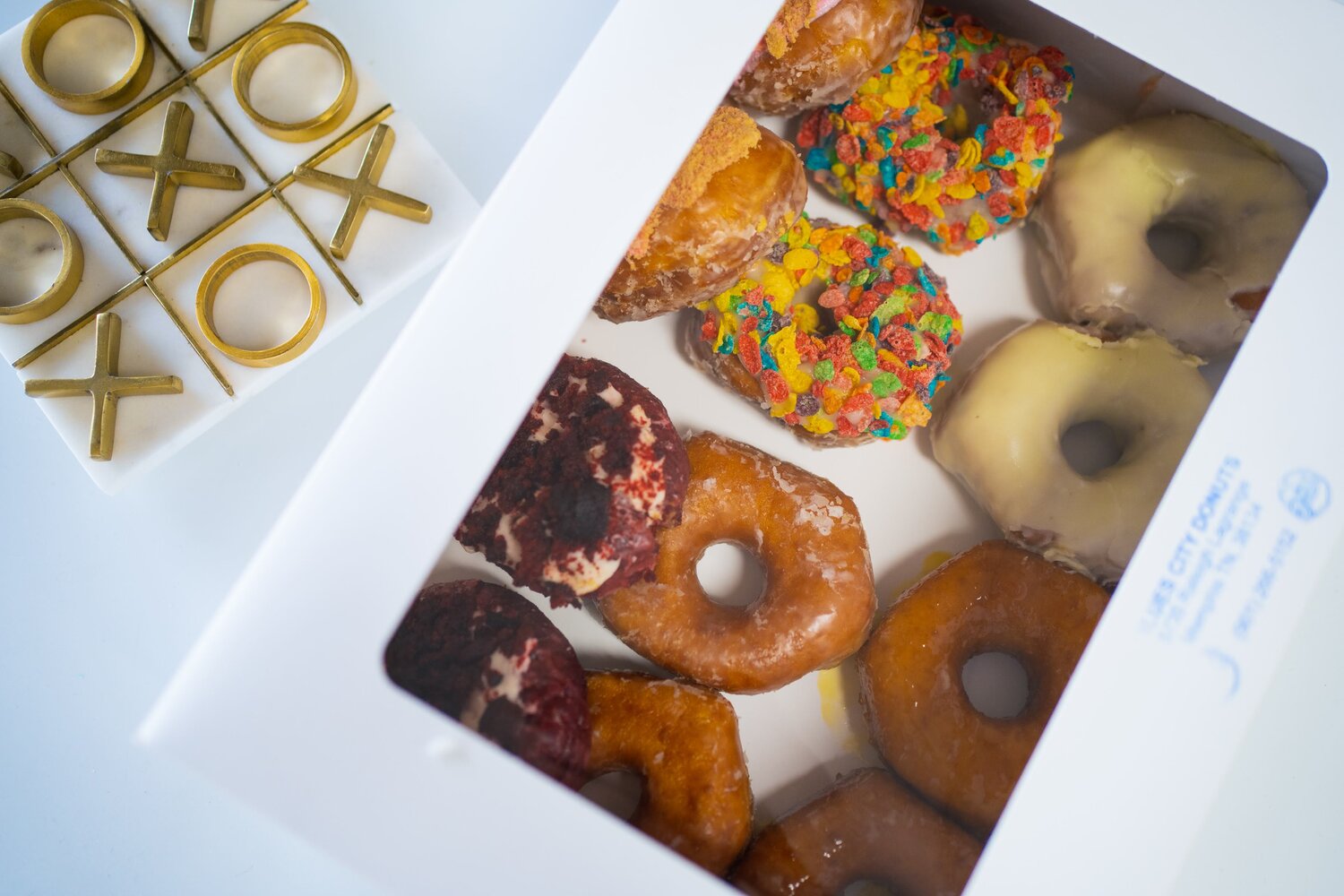 When you’re meant to do something, it chases after you.

“People kept asking me to cook this, bake that, cater this event,” Rueal explains. The list goes “on and on,” like Erykah Badu. Soon he transitioned to catering. Although his catering business skyrocketed, Rueal was missing something. “In catering, you can begin the prep work the day before,” he says. “There’s no rush.

I was missing the adrenaline rush from working in a kitchen.”

Trying to fill the void, Rueal began applying for different sous-chef positions around Memphis. Finally, he landed at the Nike factory in Frayser. He started off as a grill cook in January 2019. The work was hard, but it was everything he was looking for. While at Nike, where they cook everything from scratch, he perfected his skills. “The workers eat good in there!” he says. “We made the sauces, breads—everything from scratch. Nothing is shipped in.” 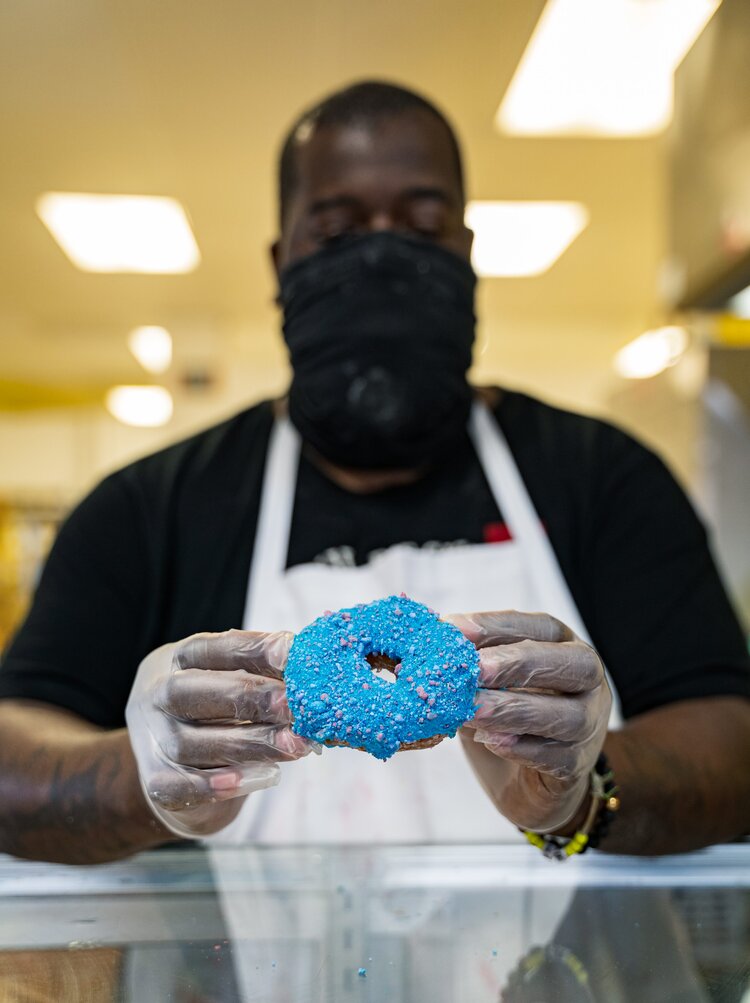 Everything was going great for Rueal. In fact, he was being prepped to become the executive chef at Nike. On a partly cloudy Wednesday in November—November 27, to be exact—Rueal’s cousin asked him to check out a donut shop near Raleigh Lagrange Road and Bartlett Boulevard. Together they looked at the space. Rueal explained: “I told my cousin that I didn’t know anything about making donuts. But he replied, ‘But you’re a chef.’ Then he told me that he needed an answer by December 1, just a few days away.”

Rueal decided to take a leap of faith—to leave a promising career at Nike and open his own restaurant. He spent much of December playing around with donuts, Jolly Ranchers, Chick-O-Sticks, Ring Pops, and turtles (the chocolate kind). 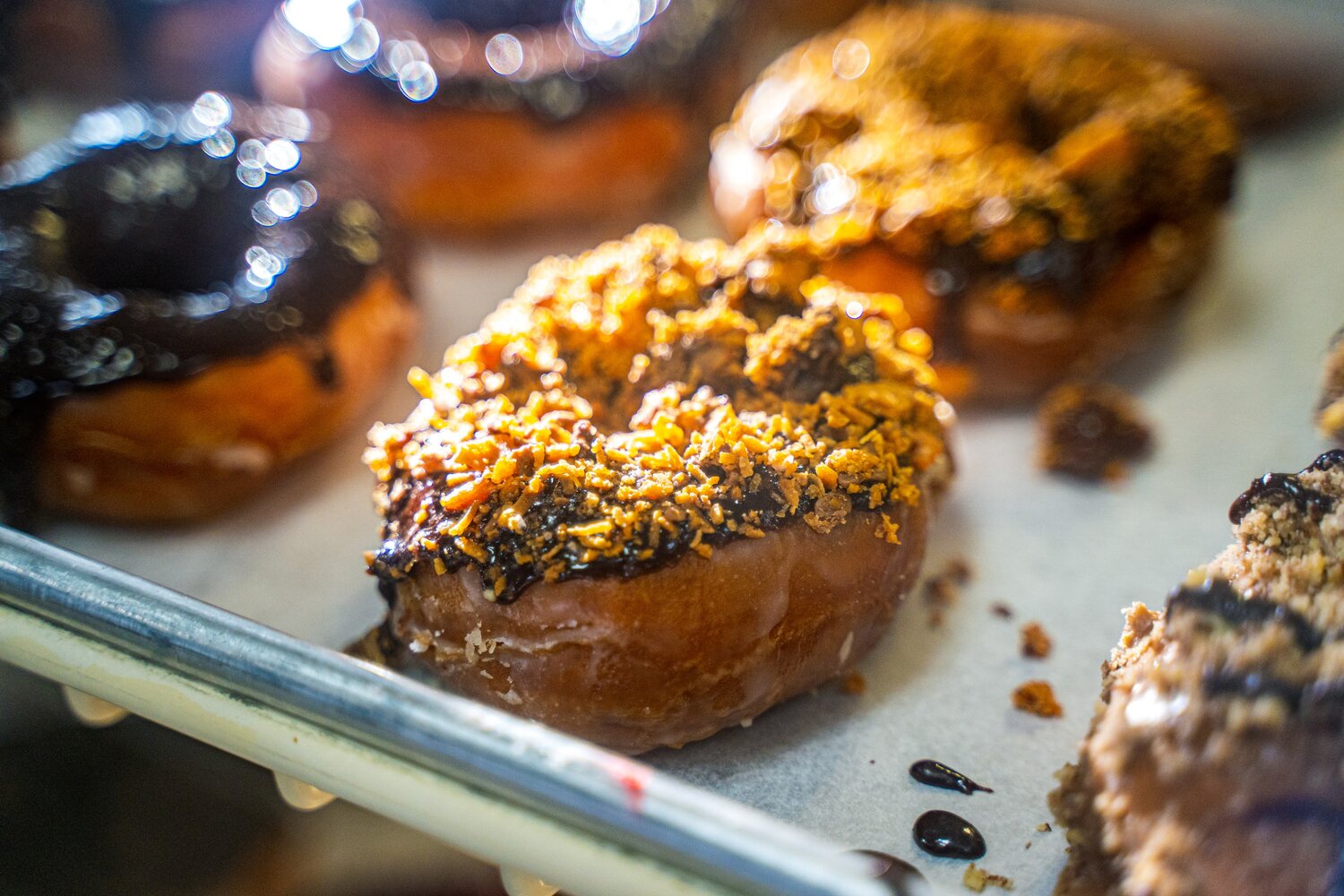 He was determined to be different from other donut shops, so he put his chef skills to work.

Yes, you read correctly—it’s not a typo. He decided to open Blues City Donuts in November 2019. He planned and prepped in December 2019. And he opened in January 2020. In a little more than a month, Rueal went from being an employee to being Memphis’s only Black owner of a donut shop!

Starting a business can be a really wild adventure anytime—but no one expected COVID-19. “When we opened in January, we had the momentum and really started blowing up. We even got featured on Channel 5’s Bluff City Weekend,” Rueal explains. “The next thing we know, Covid hit. We slowed all the way down. I even had to close for a couple of days to reevaluate everything. In April, we started using the drive-thru. Business slowly started picking back up. The highlight and support of Black-owned businesses in Memphis helped us too.” 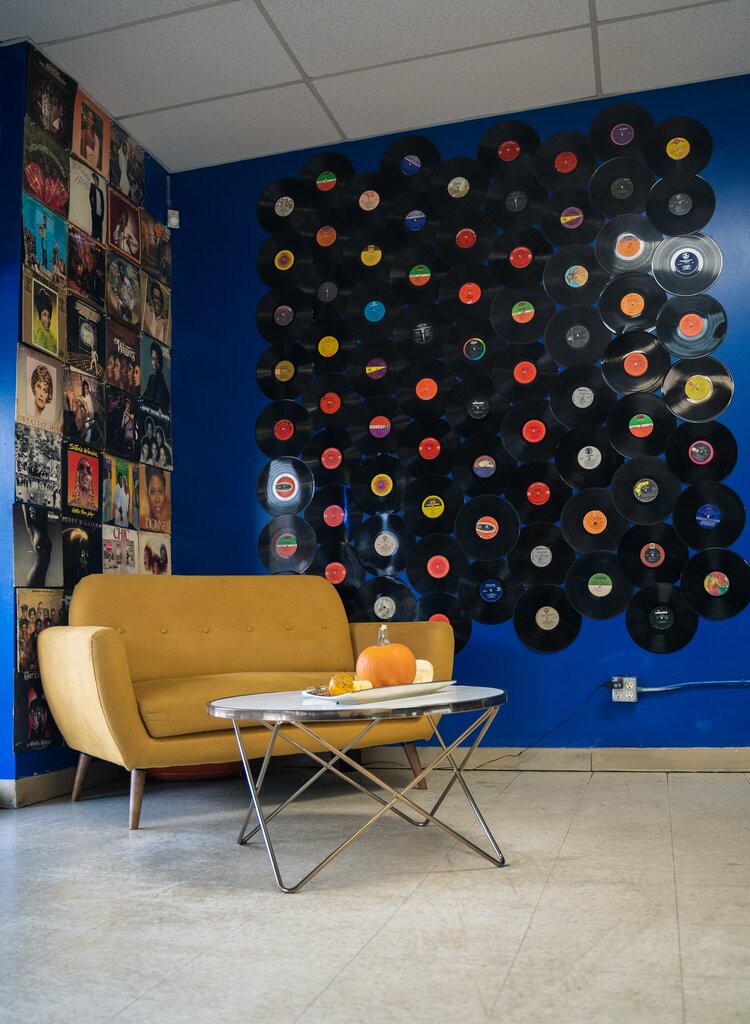 Rueal has never allowed hard situations to affect his dreams.

“It’s a lot harder for Black-owned businesses,” he preaches.

“We have to scrap to get people and businesses to connect with us—banking, distribution, supplies, etc. We expect the struggle. We expect everything not to be peaches and cream. But we have to stay at it and do the best we can.”

Like most chefs, he’s continued to expand his menu, and now it’s more than just donuts. If you’re in the mood for something savory, check out the lunch menu, available on Fridays and Saturdays; its features include hot Birria Quesadillas and Grill Cheese Donuts with Turkey Chili.

Do you like candy bars? Try the Twix, Oreo, Turtle, or Reese’s donuts. If you’re a fan of caramel cake, the Caramel donut is a must! Maybe you’re a pie person; try the Strawberry Cheesecake, Key Lime, or Blueberry Cheesecake donuts. You just can’t go wrong with the Turtle—a donut topped with chocolate, nuts and caramel. The Fruity Pebbles and Jolly Rancher donuts are popular with kids.

How does he come up with these flavors? Sometimes they just happen. “One time I was going through inventory and I noticed we had some extra strawberry puree,” Rueal reminisces. “So I thought it would be cool to make a donut from it. I added a little cream cheese and some magic and created the Strawberry Cheesecake donut. At first, I only made four, but they sold out fast! Ever since then, they’ve been on the menu.” 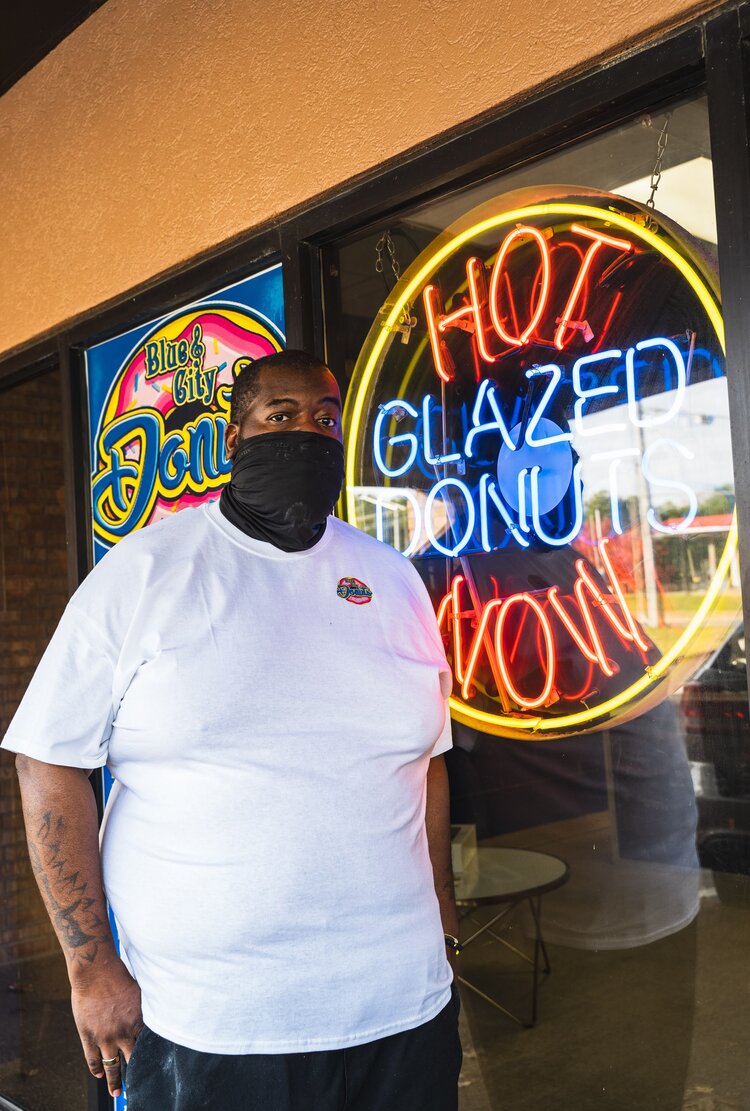 It brings sweet childhood memories of getting candy at the corner store or from the neighborhood candy lady.

Rueal, who used to go  to Thornton’s donuts at Airways Boulevard and Lamar Avenue on Saturday mornings as a kid, planned his decor to take customers down memory lane. With touches like vinyl record covers of great artists on the front wall, he hopes everyone feels at home and has a sense of belonging.

No matter who you are or what type of party your taste buds like, you will find a favorite treat at Blues City Donuts. There’s some good eatin’ to be done there, and Rueal is not done with the menu yet!

Patricia Lockhart is a native Memphian who loves to read, write, cook, and eat. Her days are filled with laughter with her four kids and charming husband. By day, she’s a school librarian and a writer, but by night…she’s alseep. @realworkwife