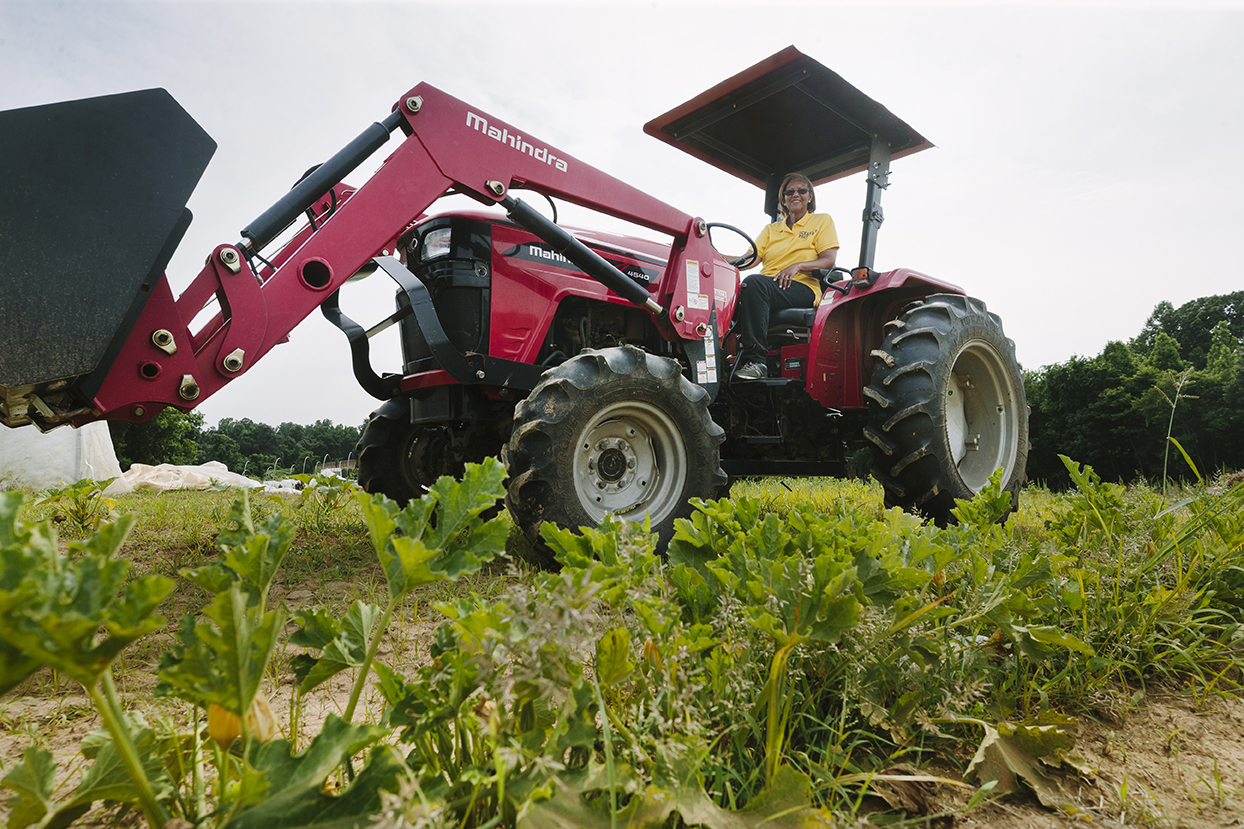 During the 1960s in the countryside of Tennessee, you were sure to pass little boys and girls out playing amongst the dirt roads and green fields.

However, one five-year-old girl by the name of Debra Lockard traded in her hopscotch and mud pies for something most children—and adults—shy away from: picking greens.

Before Debra was born, farming was already running through both sides of her family’s history, at a time when both parents and grandparents were called “momma” and “daddy.” Her mother was raised on a 21-acre farm, but later established life in the city—Memphis, that is. Her father’s rural roots are still planted today in the small town of Glimp, Tennessee, next door to Ripley. 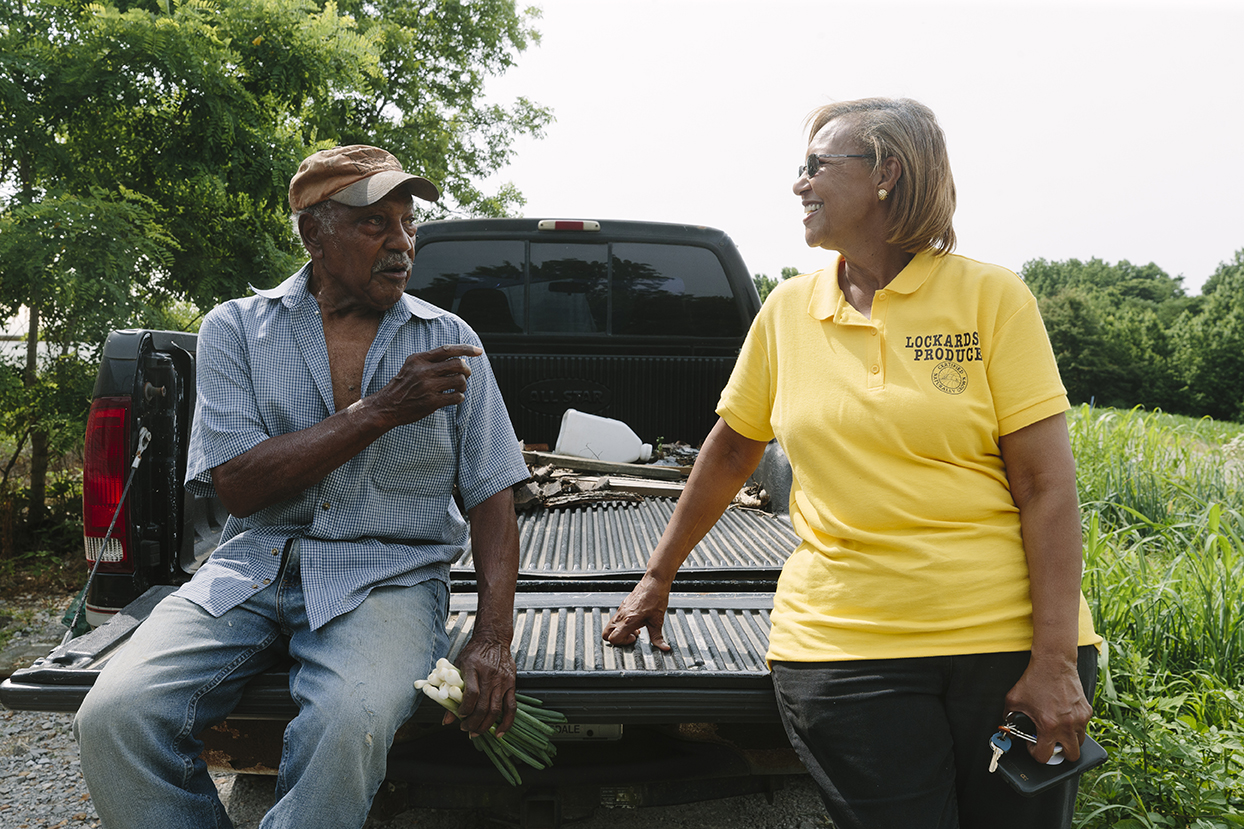 Farm life began when Debra’s grandfather, Albert Henry Lockard, born in 1895, lived on the original family farmland on Lightfoot Luckett Road in Ripley. He worked as an educator for 43 years, which included teaching in a tiny one-room schoolhouse on the family property. Eventually Albert purchased an additional 120 acres of farmland about two miles away, where today the only living senior member of Debra’s family, 90-year-old “Uncle June,” resides at the corner where their miles of grounds intersect. Uncle June was just a baby when his father, Albert, acquired the additional farmland, and June can still be found crouching over to tend his soil and clean harvested onions to a shine.

Living in Memphis, but spending summers in Glimp, a then young Debra returned home from the farm one day—pulling up in a 1962 Biscayne Ford; she gazed into the clear blue sky with much clarity and told herself, “I want to be a farmer!” Debra can still point out the little spot on the farm where her granddaddy built her a small garden when she was five years old. 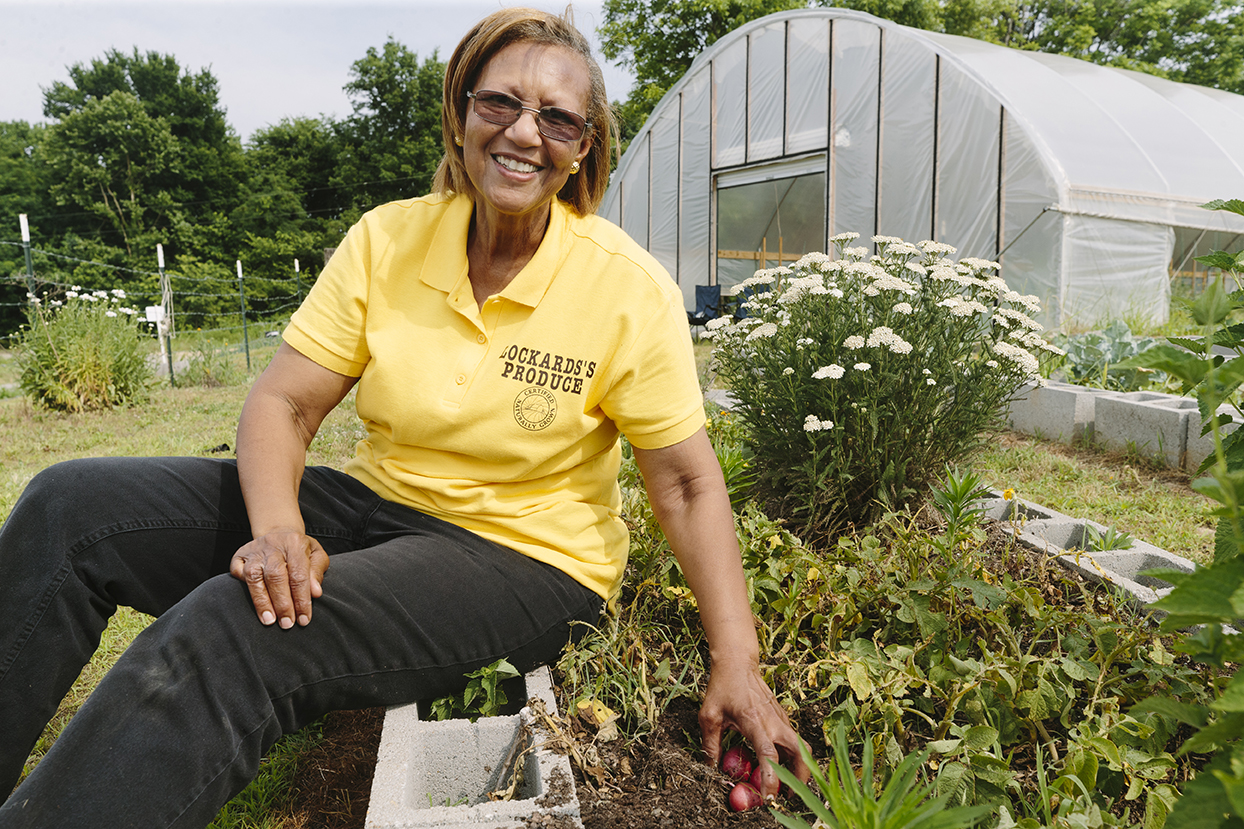 “I grew bunches of greens, mainly turnips and mustards, and loved picking greens so much that they would have to call me from the field,” she said.

Traveling back and forth from the city to the farm throughout the year, Debra and her three siblings were raised on a tight schedule. They’d harvest plenty of strawberries, peas and potatoes to take back home to share with the community. “We would always attract people in the neighborhood to our house,” says Debra. Like clockwork, the day during the school year consisted of getting up, eating breakfast, driving to the farm for harvesting, driving back to Memphis for school, going home and going to sleep. 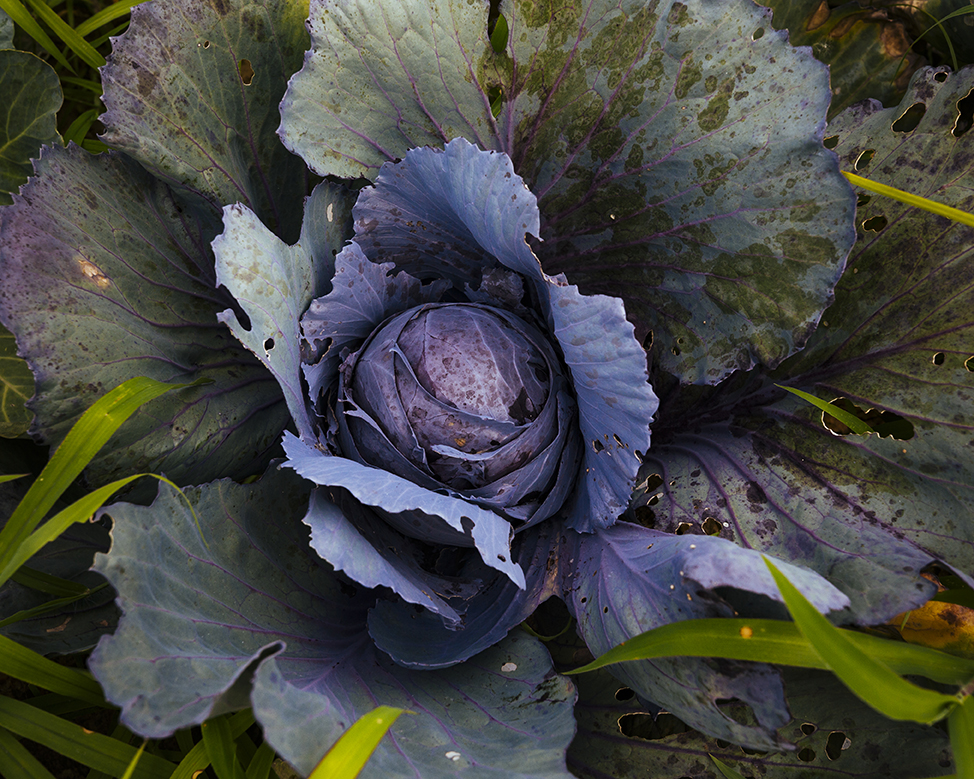 As Debra grew in age and determination, she told her dad—who passed away at 91—that she wanted to bypass college because she just knew farming was her calling. Despite that draw to farming, Debra did go to college and had a long career as an educator. Through all those years, though, she kept farming on the side. From prepping harvest for the Scott Street Farmers Market (now closed) to transforming her huge backyard into a peach orchard, she dedicated much time, effort and talent to the family business.

Debra is considered the third generation of farmers, and of her three siblings—one brother who died, and one sister who chose a different path outside of farming—Debra and her remaining brother purchased a multitude of the Lockard family farmland, many years later. Debra owns 30 acres of the land, while her brother—a geophysicist and urban farmer in New Orleans who loves teaching on the health of soil—owns 165 acres. Debra helps manage all of the farming and contracts. The land stretches around to Asbury Glimp Road and Albert Lockard Road, identified as the “home seat” of all their farmland. Not all of their farmland is used for growing produce, as other parts are utilized with cover crops for research and studies.Debra started Lockard’s Produce in 2014, after a 36-year-long education career with legacy Shelby County Schools, retiring as a principal at Woodstock Middle School in Millington. With the gardens situated next to the home of Uncle June, he became Debra’s mentor and taught her the ins and outs of maintaining the farm and soil and producing a quality harvest of fruits and veggies. Lockard’s Produce has seen its share of excitement on the farm, from pigs and chickens skating around on the property, to a full smokehouse where her uncle cured meat. That is, until Debra decided to become a certified naturally grown produce company, resulting in the animals being phased out over time.

Debra is first to admit that without her village of mentors, she would not have progressed to her current magnitude of farming. Although Debra has workers to assist with tending the farm, she gets her hours of labor in consistently, even during some of the most treacherous days of heat.

While others might find refuge sipping from a tall glass of freshly squeezed lemonade amid her acres of green land, Debra often finds peace when riding the plains from the top view of her tractor. 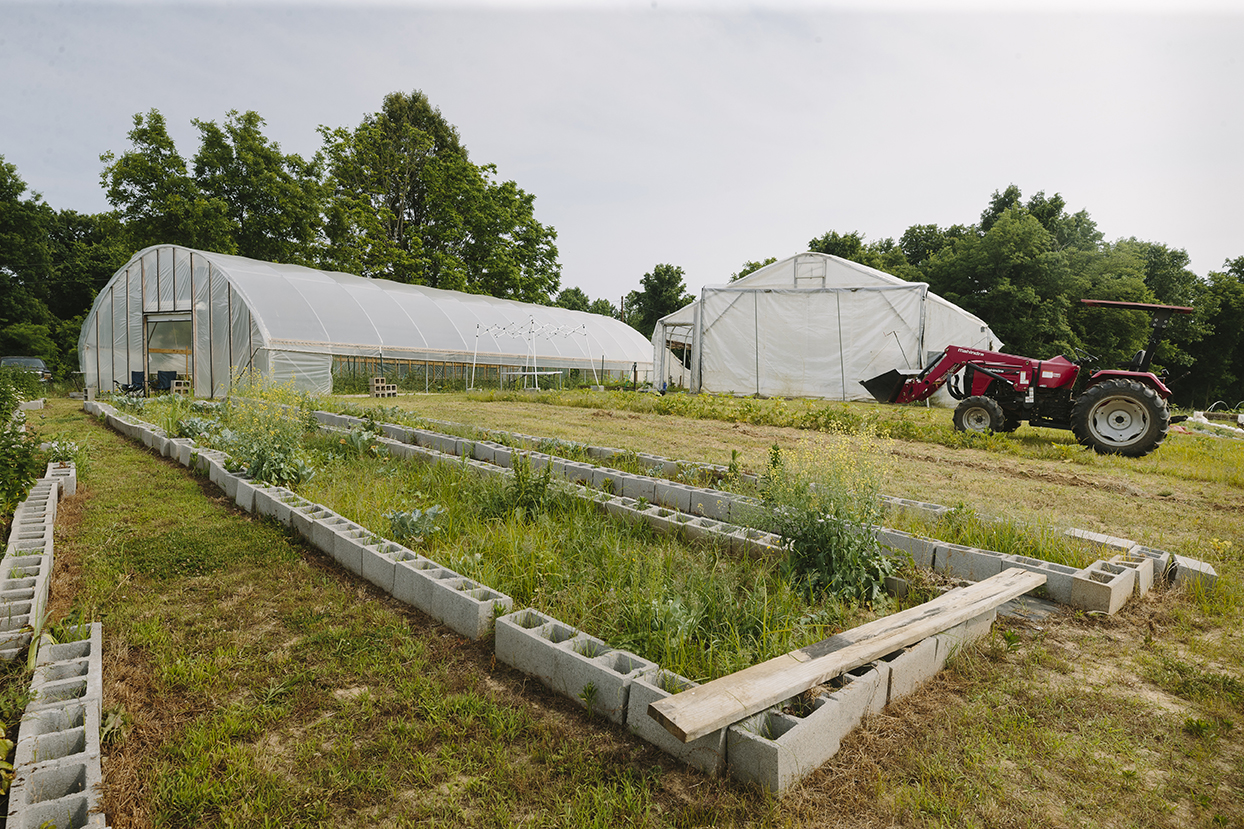 Once a novice, Debra started out trying different things and just planting with her fingers crossed.

Then she began taking classes, ultimately becoming a master gardener. Friends and loved ones pitched in to ensure Debra could fulfill her dream of becoming a farmer. She continues to network, build relationships with other farmers and take classes at UT Extension Institute of Agriculture, which serves the citizens of Shelby County with educational programs in the areas of agriculture and community resource development.

Debra is very knowledgeable about farm life and understands how to maintain good soil, till, water and crop. She is keen on what is capable of growing in her soil, and what to stay away from. Her Ripley tomatoes are a staple and always a sellout. These firm red beauties, including Red Deuce and Mountain Pride, are rich in flavor, or as customers would say, “none other like them.” They’ve recently earned her the title of 2019 Tomato Farmer of the Year—an honor given by Lauderdale County’s chamber of commerce. “This is my dream come true as a farmer,” Debra said.

Debra has found lessons she learned as an educator—like people skills, scheduling and management—have proven quite useful for the farming business. 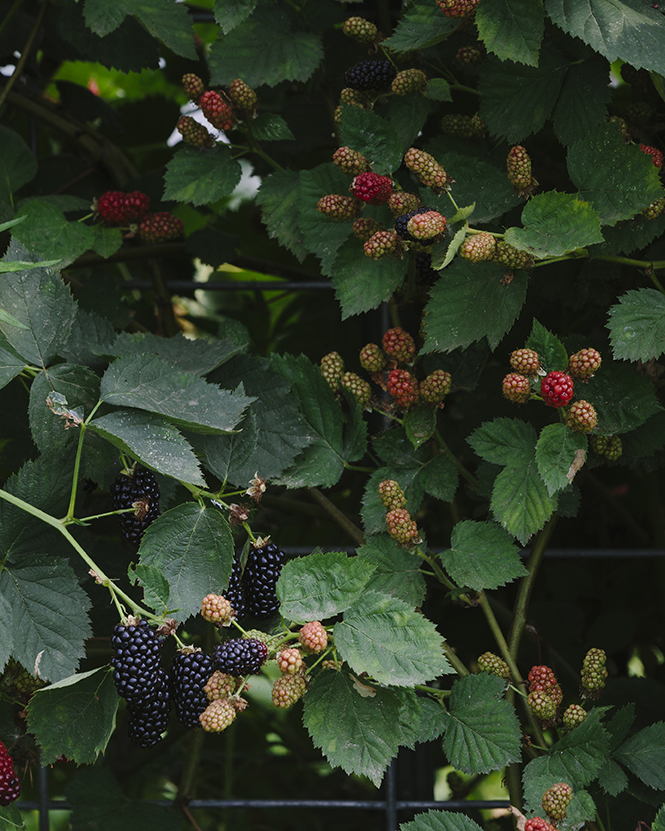 In addition to farming life, she works part-time as a prekindergarten instructional coach monitor. As she trains the fourth generation of the Lockard family, Debra’s ultimate goal is to be a sustainable farmer and pass the torch to aspiring farmers, teaching them how to grow without using chemicals.

She eventually plans to offer wholesale, as well as a Lockard’s Produce farmers market right on the premises of the family farm in Glimp.

Debra hopes her farming business impacts the local community by providing fresh produce straight from farm to market; she seeks to make a difference globally by sharing stories on social media about the benefits of growing naturally. Lockard’s Produce offers fresh cilantro, dried sage and other herbs, as well as sweet potatoes, kale, cabbage, blackberries, okra, purple hull peas and a mile long of other produce that she hopes to establish at local Whole Foods stores. Debra also makes soap and, most notably, candied pralines and sells them at local farmers markets, including those in Cooper-Young, South Memphis, Germantown and Covington.

Erika Cain is a communications vet with chops in writing, public relations, graphic design, TV, radio and brand strategy. She is a skilled storyteller and has been a trusted adviser to executives and companies for almost two decades. Erika founded GIRL 24, a business mentoring initiative to help build a culture of gifted and ingenious female leaders. She is a spouse, mom, speaker, community volunteer and member of Junior League, and loves dissecting brands. @ecain_co