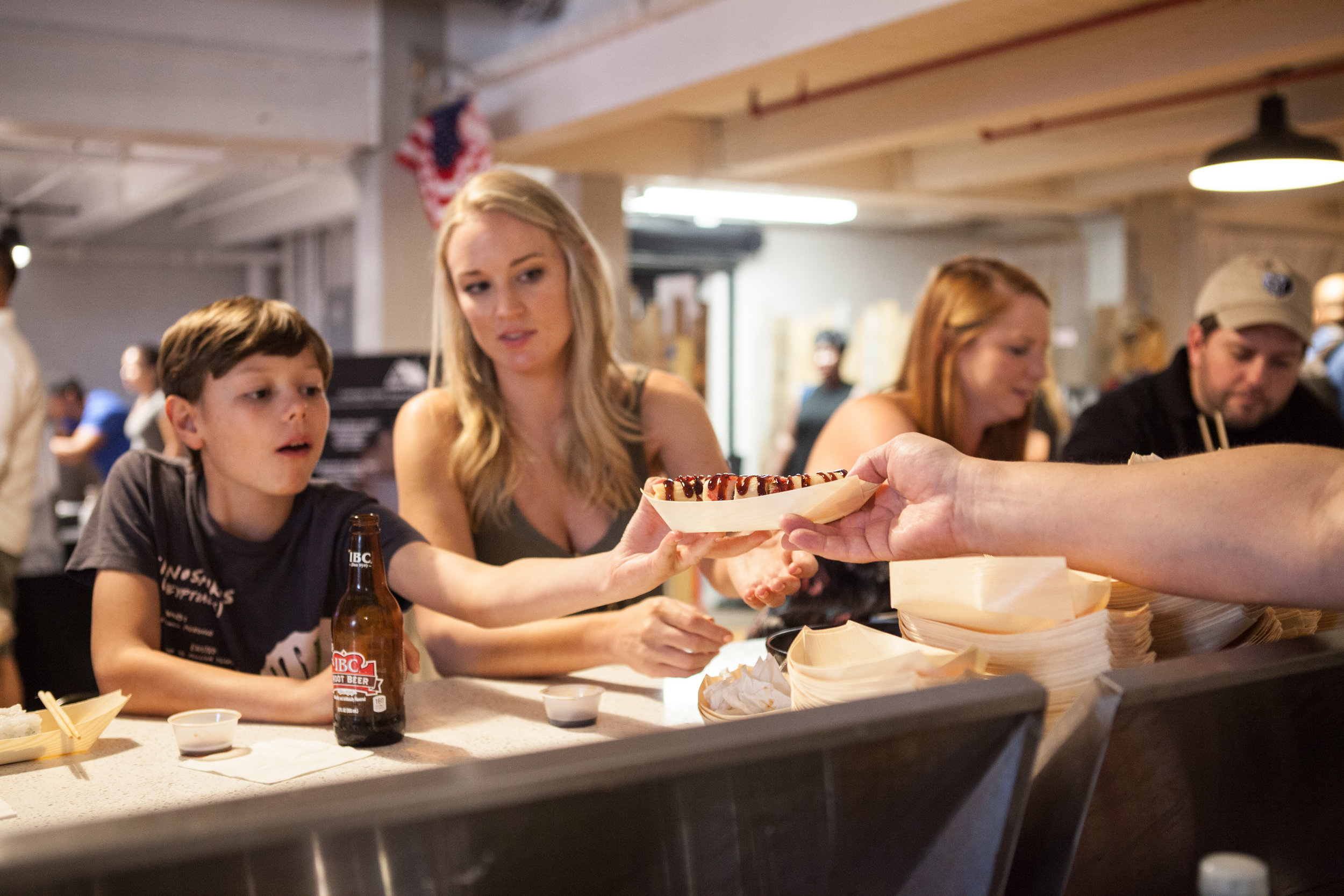 Nick Scott has changed the plan slightly for his forthcoming sushi/raw bar concept Salt|Soy, which had originally been set to open a short-term space at 409 South Main in the South Main Market.

Scott, the former general manager at Bluefin and whose other restaurant interests include a partnership in The Butcher Shop, had originally hoped to open at 409 South Main in one of the first booths to the right as you walk in, next door to City Block Salumeria. That space would have been a kind of placeholder for Salt|Soy while he also hunted for a permanent restaurant location. But that plan—of running it short-term or even as an eventual satellite for a full-scale restaurant—has now been scrapped.

“We’ve decided to hold off and wait for the brick-and-mortar,” he said, chalking it up to being unable to come to terms with the landlord. Everything else about the concept, however, remains on track—he’s now just looking for a permanent space to house it.

By way of describing his idea for Salt|Soy, for which he’ll be the chef-owner, Nick stresses that this is not going to be “your typical sushi bar.”

“So we probably won’t do, you know, a California roll or the fried rolls you get at any of the other places around town. We’re going to kind of refine it and fuse some techniques and cuisines together. Do some ceviches, different types of oysters and crab legs,” he said.

The hope is to also set up a raw bar where people can come in and buy, say, fish by the pound. Crab legs by the pound. Oysters by the dozen, filling what he says is something of a void. Even before the shift away from the South Main Market space, Nick was already wanting to pursue a full-scale brick-and-mortar location for the concept “sooner rather than later,” and the change-up would seem to now put greater emphasis on the former.

This, meanwhile, will also be yet another chapter in the story of a career Nick keeps writing that also includes ownership of Alchemy and until recently a stake in Interim in East Memphis.

About parting ways with the team at Interim recently, Nick said it was a function of choosing to step away to focus more on Alchemy and to work on building up Salt|Soy. The partners, he added, “basically went in different directions.”

All of which is to say, by way of making a larger point, that Nick still has plenty to do. And he continues to see abundant opportunity for someone like him to do more across the city’s culinary landscape.

“There’s not a lot that I don’t like about the food scene in Memphis, you know what I mean?”

“I think that, while we have a very diverse scene and you can pretty much find what you’re looking for here if you look hard enough, there’s also a lot of opportunities to create or to fill a void.”

Creating and filling voids is only natural for Nick, who fell in love with cooking at an early age. The provenance of his career goes back to growing up on a dairy farm about 45 miles north of here, in Brighton, Tennessee.

He still recalls and reminisces about it fondly. It had horses, cattle, chickens. They raised their own animals, grew a variety of different produce. “I saw the butchering aspect of everything, the raising of animals from pasture to plate, and it kind of inspired me to want to cook,” he said. “And also growing the produce and just the freshness of everything, I want to bring that to the table as well. So I started cooking and never really stopped.” 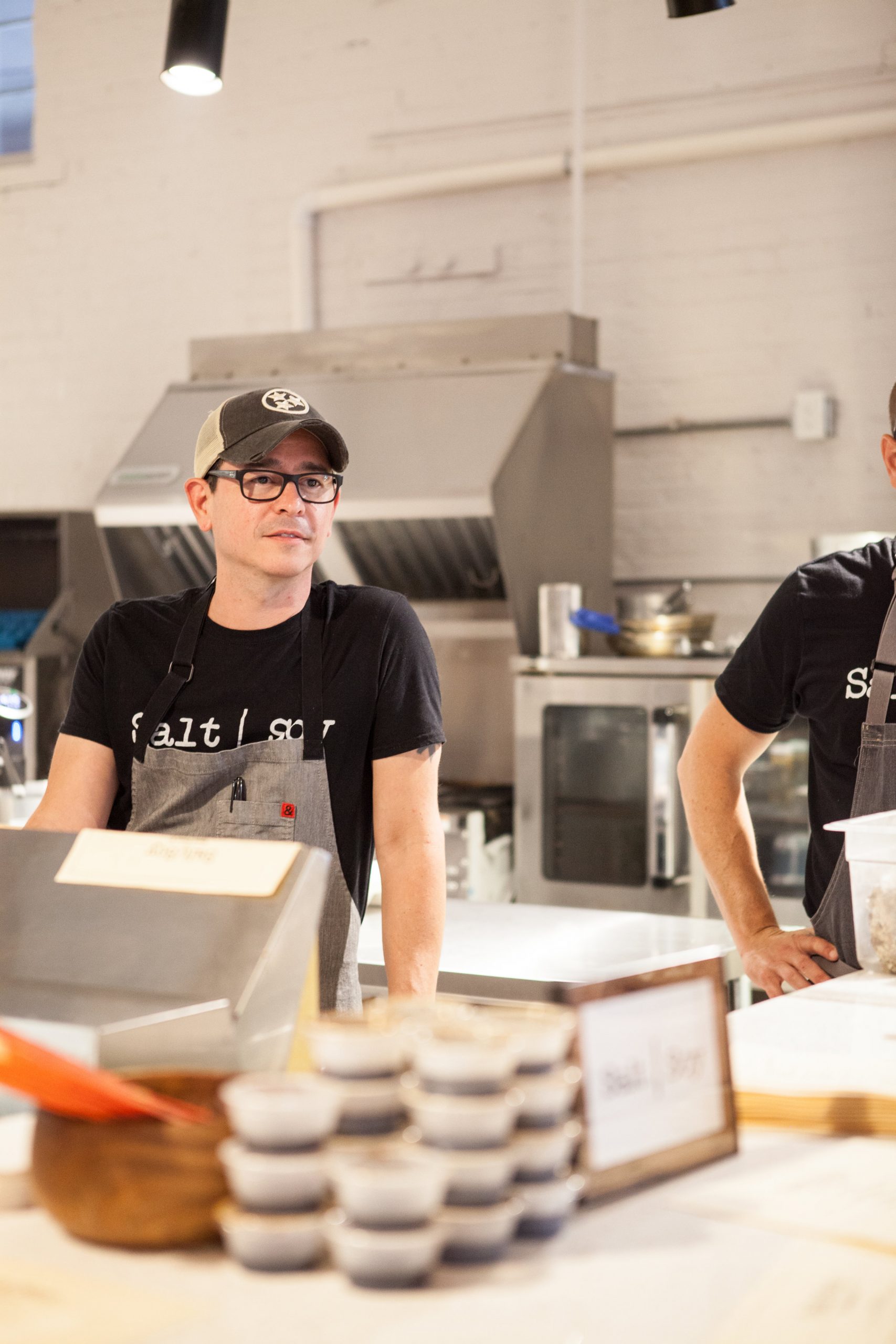 As his current range of endeavors proves, he’s done a lot of different things, from sushi to fine dining. And he wants to keep going. He’s not stopping with Salt|Soy.

“Oh yeah, staff-willing and operationally-willing, I’d like to do more,” he said. “I don’t want to grow too fast and outgrow myself. But yeah, I think we definitely will continue and do other concepts.”

No Older Articles
Next Article