0 0
Why “agtech” is putting Memphis on the map,
and why you should care 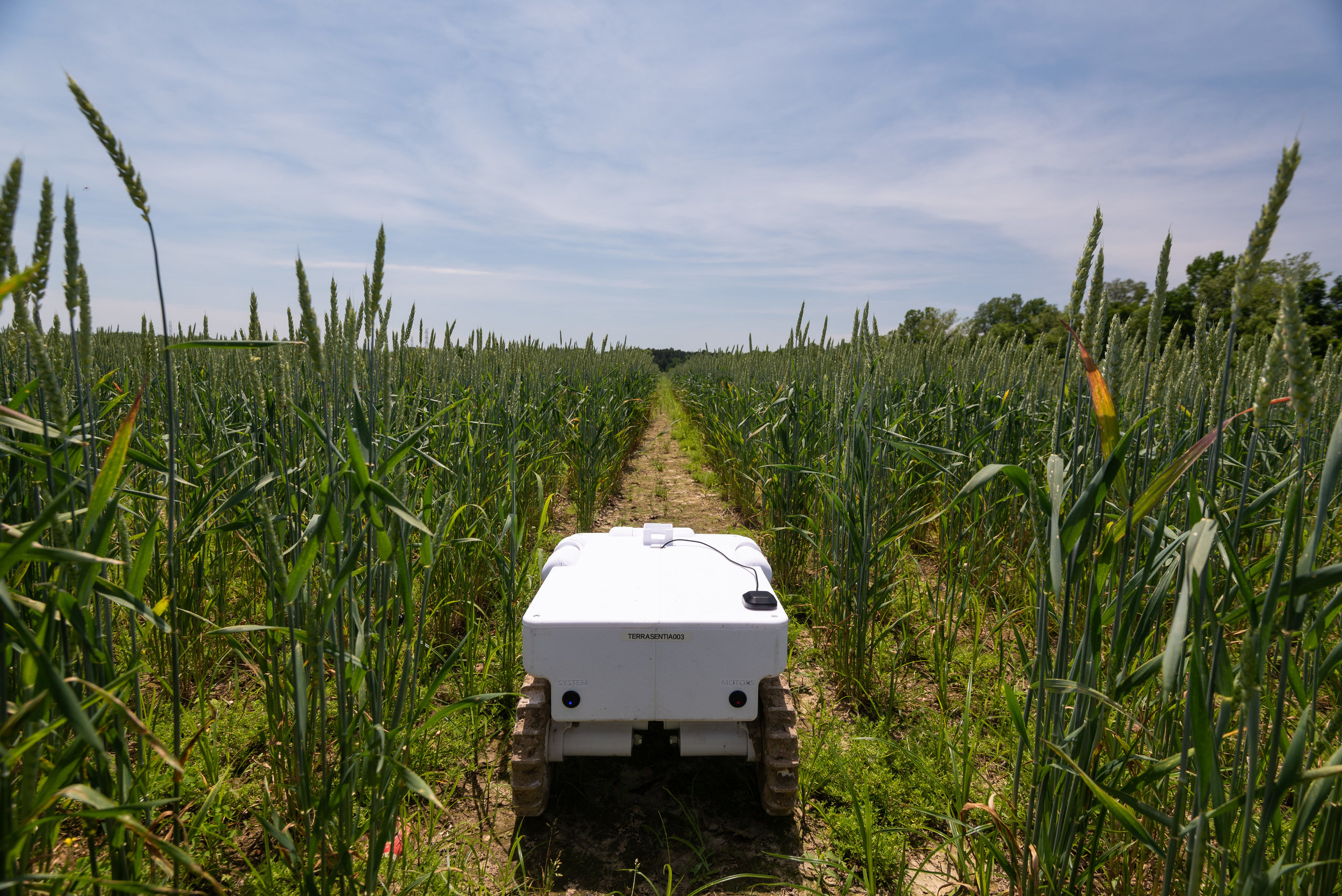 Agricenter International president John Butler likes to tell a story culled from a bit of family history by way of educating people about the high-tech transformation taking place in the agriculture industry these days.

An industry which he laments is too often stereotyped as being all about “plows and cows.”

“That’s 50 years between both of them. My father’s first job on the farm that he remembers was picking cotton by hand. My son’s first real job was operating a module builder, and now we have cotton pickers that cost almost $1 million that can pick almost 200 acres in a day.”

His point is that today’s agriculture industry is ripe, no pun intended, for a comprehensive, technology-driven disruption, one that will actually accelerate the rate of change that unfolded between the birth of his father and his son. 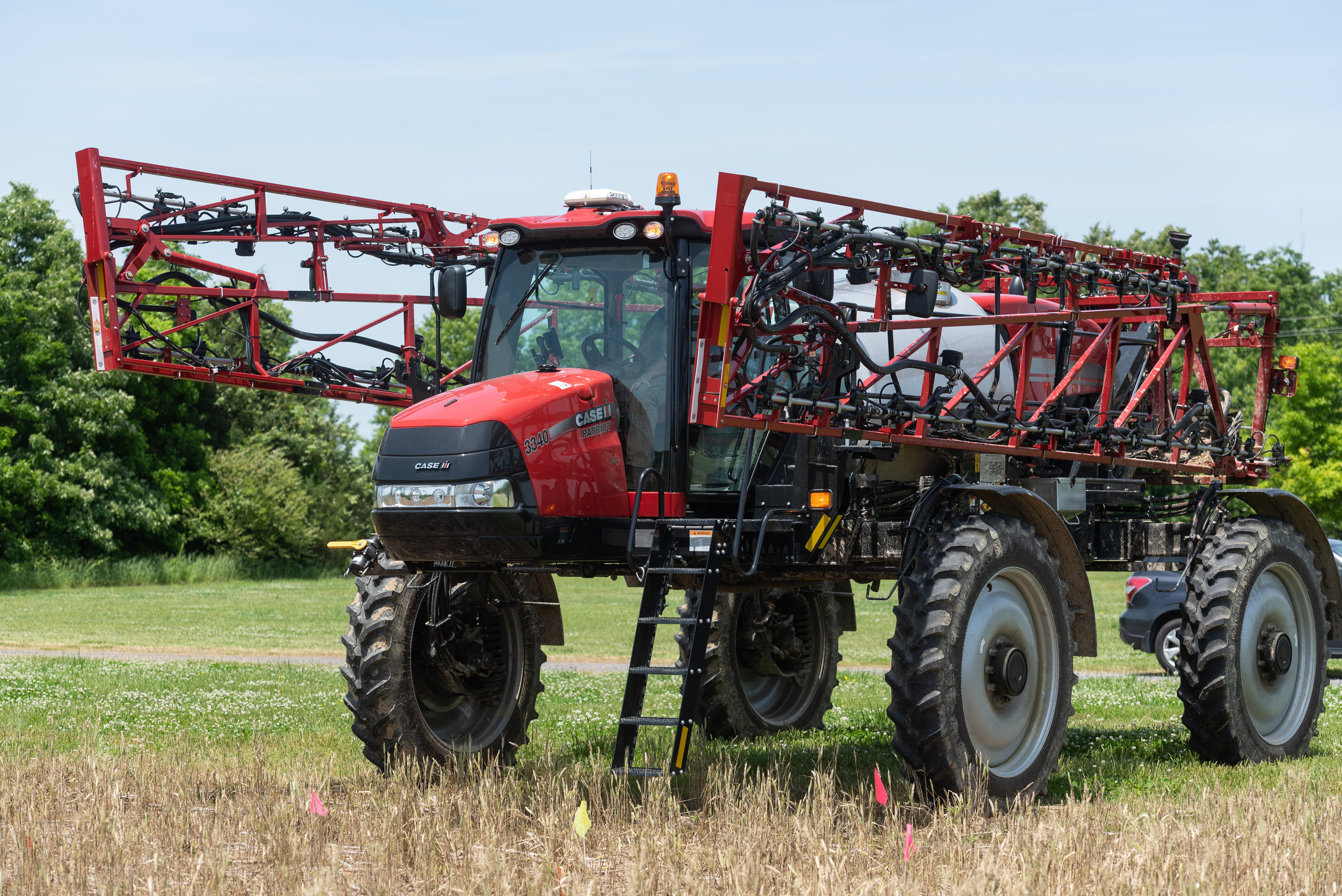 The fathers and sons of tomorrow, in other words, will enter an agriculture field that looks nothing like the one that came before.

“We’re going to see that same [50-year] transformation in just the next five years,” Butler continues. “Technology is changing at such a rapid pace, from GPS to jobs being augmented, and whether it’s good or bad, I can’t comment on that. But I can comment on the fact that, ready or not, change is coming for all of us.”

To an outsider, it might seem that Memphis has seemed to all of a sudden put itself on the agribusiness map, being talked up these days as an agtech hub to rival anywhere else in the country. We’re also drawing major industry players who are either ramping up a presence here or at least coming to check us out to see what agriculture-related resources and assets we have to offer.

At an event in Nashville in March, FedEx Logistics president and CEO Richard Smith met with lawmakers and declared that

“Memphis is the agtech capital of the United States of America.”

Not “will be,” not “has the makings of”—we’re already the country’s agtech hub. Right now.

What that means, in practical terms, is a potent mix of big business, startup opportunities—and, no exaggeration, maybe even a chance to help change the world.

Sound too heady? Maybe not, when you consider, according to Butler, the fact that the world’s population is forecast to surpass 10 billion people in about 30 years. We’re not exactly discovering new farmland anymore—thank increased urbanization and sprawl for that. And yet in tandem with that population forecast, we’re also going to see an estimated 70 percent more food needed to feed the world. 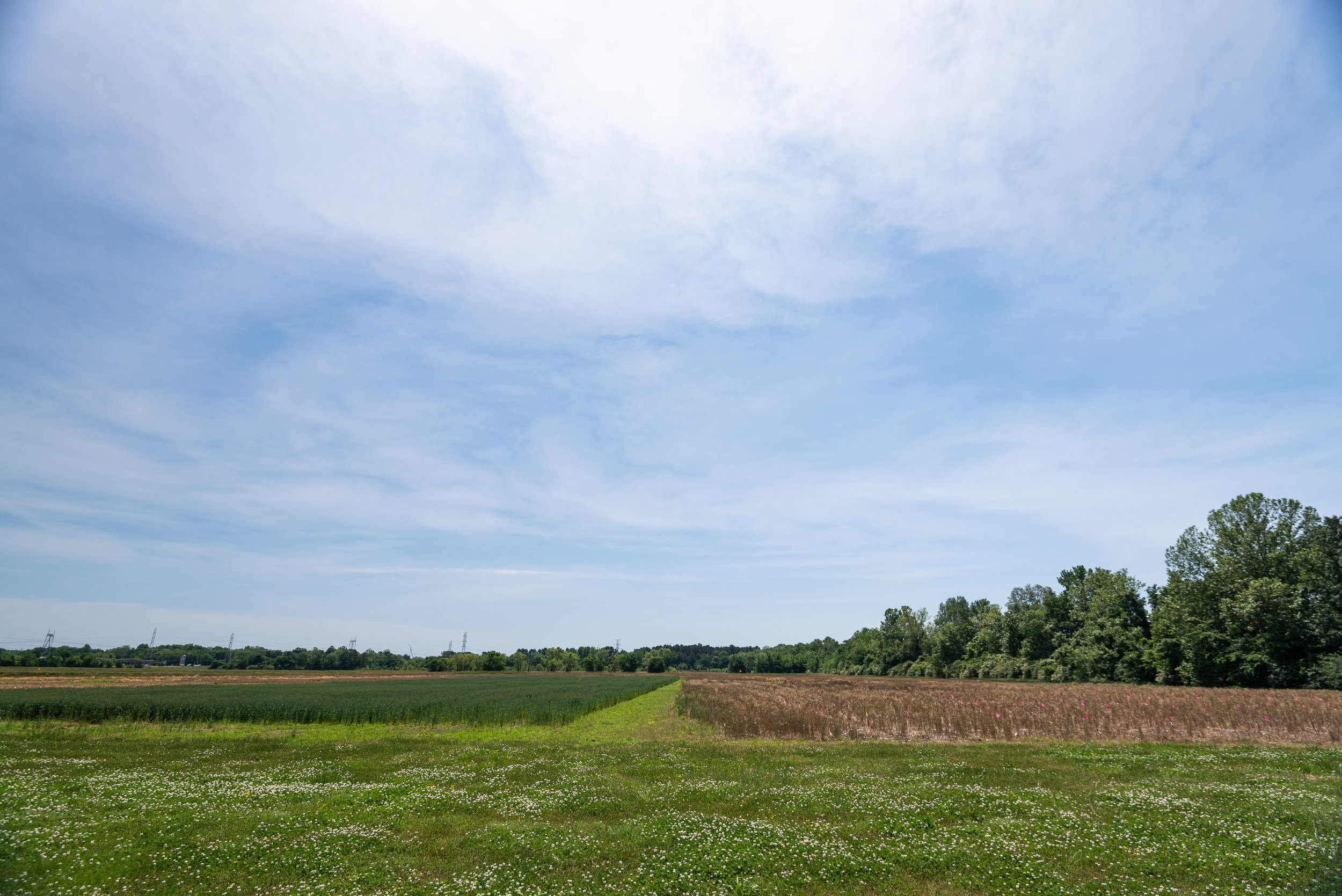 So agtech is not just a great business opportunity. We’ll increasingly rely on it to help fuel innovation in the way humanity feeds itself, say stakeholders like Butler and others.

Regarding the commercial potential for Memphis specifically, we saw that in recent months with the decision by Indigo Ag—a hot Boston agtech startup valued at more than $3.5 billion—to set up a new North American operations headquarters here. That plan includes eventually employing 700 people at downtown’s Toyota Center that’s been renamed Indigo Plaza. Indigo president and chief executive David Perry attributed the move, in part, to the favorable business climate here that’s looking increasingly attractive to agtech enterprises like his.

The Indigo jobs are said to pay 40 percent above the median wage in the city, with the pay ranging from more than $64,000 on the low end to more than $180,000 at the top. The company’s main business line involves coating seeds that help better protect crops against the elements, like droughts.

In February, no less than Fast Company magazine declared Indigo Ag one of its 2019 Most Innovative Companies, noting that thus far farmers in five countries have planted more than a million acres of seeds enhanced by the company’s treatments. That’s helping make for “better, more resilient crops.”

It’s exactly that kind of achievement Butler is referring to when he tries to disabuse you of the notion that agtech is about a lot more than farmers, tractors and the like.

“It’s also all the service industries that play into that,” he says. “It’s all the supplies that roll into what I need to run a successful business. And the assets that exist here are incredible.

“We’ve got 14 million to 15 million acres of the best land God put on this world. We’ve got the most abundant and purest aquifer probably in North America sitting right underneath us. We’ve got farm and ranch families that have been working this land, know how to do it—they’re entrepreneurs. We’ve got all these assets already sitting here. All we need is a little bit of a nudge.” 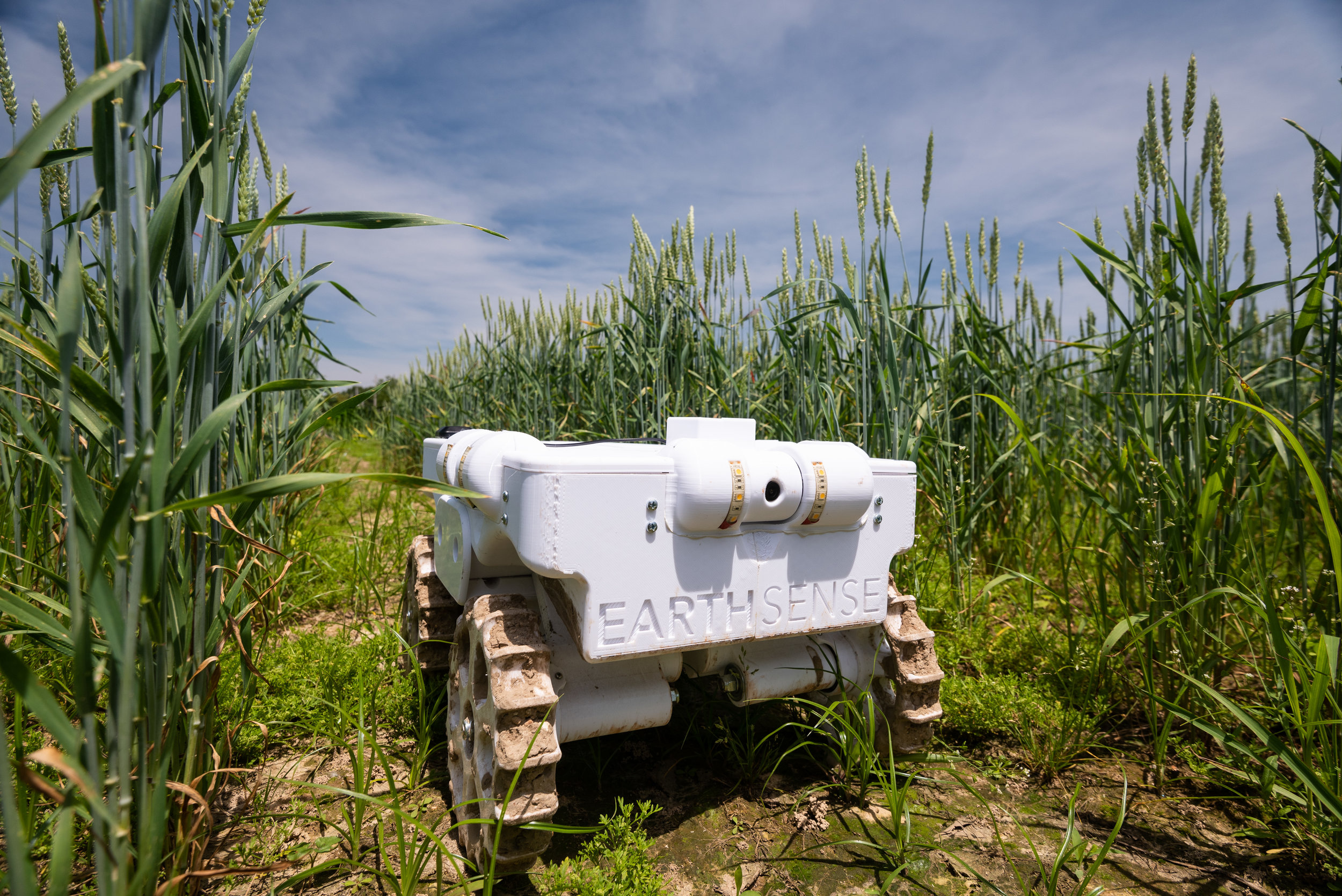 Pete Nelson is the executive director of AgLaunch, a local agtech-focused, business-acceleration program that’s a joint initiative of the Memphis Bioworks Foundation and the Tennessee Department of Agriculture. As he defines it, agtech “is just a shorthand kind of umbrella term for anything relating to the sustainable production of crops. Including the use of software and hardware to build efficiencies in production, the building of new supply chains, leveraging everything from robotics to artificial intelligence.”

Whenever a new ecosystem that bears even the loosest connection to technology begins to thrive outside of California’s Silicon Valley, you’ll often see that same label is often applied to the locale. Which is why, as Memphis’s agtech star has been on the rise, there have been references to Memphis as the “Silicon Valley of agtech.” While Nelson gets the point, he stresses it’s also not really the right way to describe what’s going on here.

For example, Silicon Valley has produced some of the richest people in human history. They lead companies that manufacture slick consumer products that people use every day. On the flipside, the tech ecosystem there is also dealing with an abundance of negatives, everything from loose privacy controls to devices that facilitate gadget addiction to the existence of boardrooms and C-suites that are too pale and way too male. 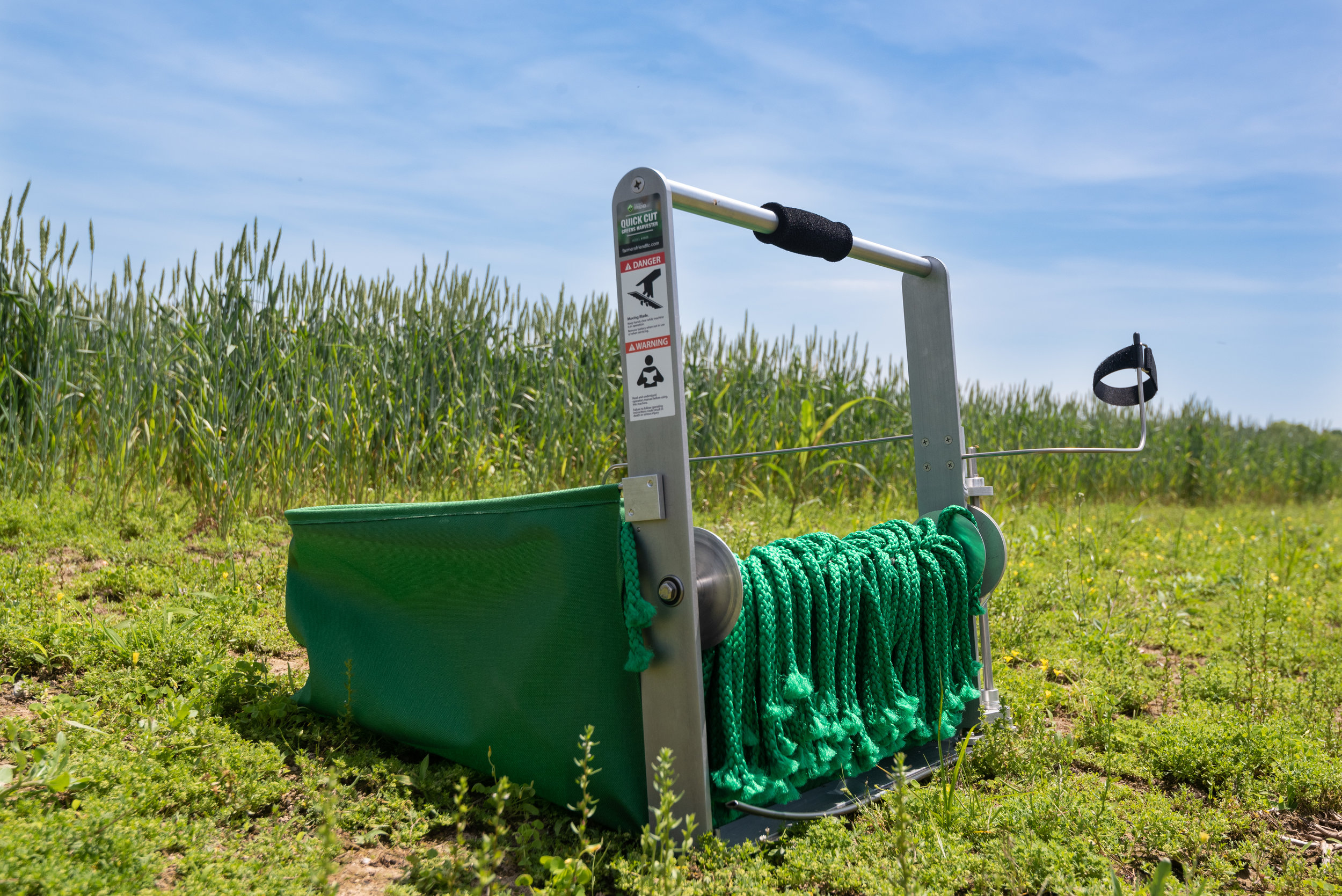 Which is precisely the opposite of the image you’d want for an industry that shows as much promise as agtech does here. Besides, it’s got its own past to reckon with.

No one needs to be reminded about the confluence of slavery and oppression that permeate the history of agriculture in the South. Not only do Memphis and the South at large have a dark past to overcome related to agriculture, but there’s at least one piece of litigation working its way through federal court locally that shows why diversity in agtech remains an issue—and has to be about more than platitudes.

Back in April 2018, a group of black farmers affiliated with the Black Farmers and Agriculturalists Association that’s based in Memphis filed a federal lawsuit alleging discrimination from the $3 billion, Iowa-based Stine Seed Company. The black farmers alleged the genetically modified Stine seeds they were sold were inferior to the Stine seeds sold to white farmers.

The allegedly inferior seeds resulted in a low crop yield for the farmers that cost them a few million dollars, after which they asked researchers at Mississippi State University to check their seeds out. The reply they got back was that the seeds they’d been sold weren’t certified Stine seeds. Both sides tried to resolve the issue through mediation but declared they’d reached an impasse in April 2019, so the litigation remains ongoing.

As the South reckons with its past and carves its own path into the future of agriculture, groups like AgLaunch are taking concrete steps to make sure the playing field is level for everyone.

“I really hate it when people say we’re going to be the Silicon Valley of agtech,” Nelson says.

“I’m like—no, we’re actually going to be a place where women, where people of color are heavily invested. Where we approach this work humbly and we change the way global agriculture works, and we do it in a way that all of our population participates in. Where we’re not building it on top of others.” 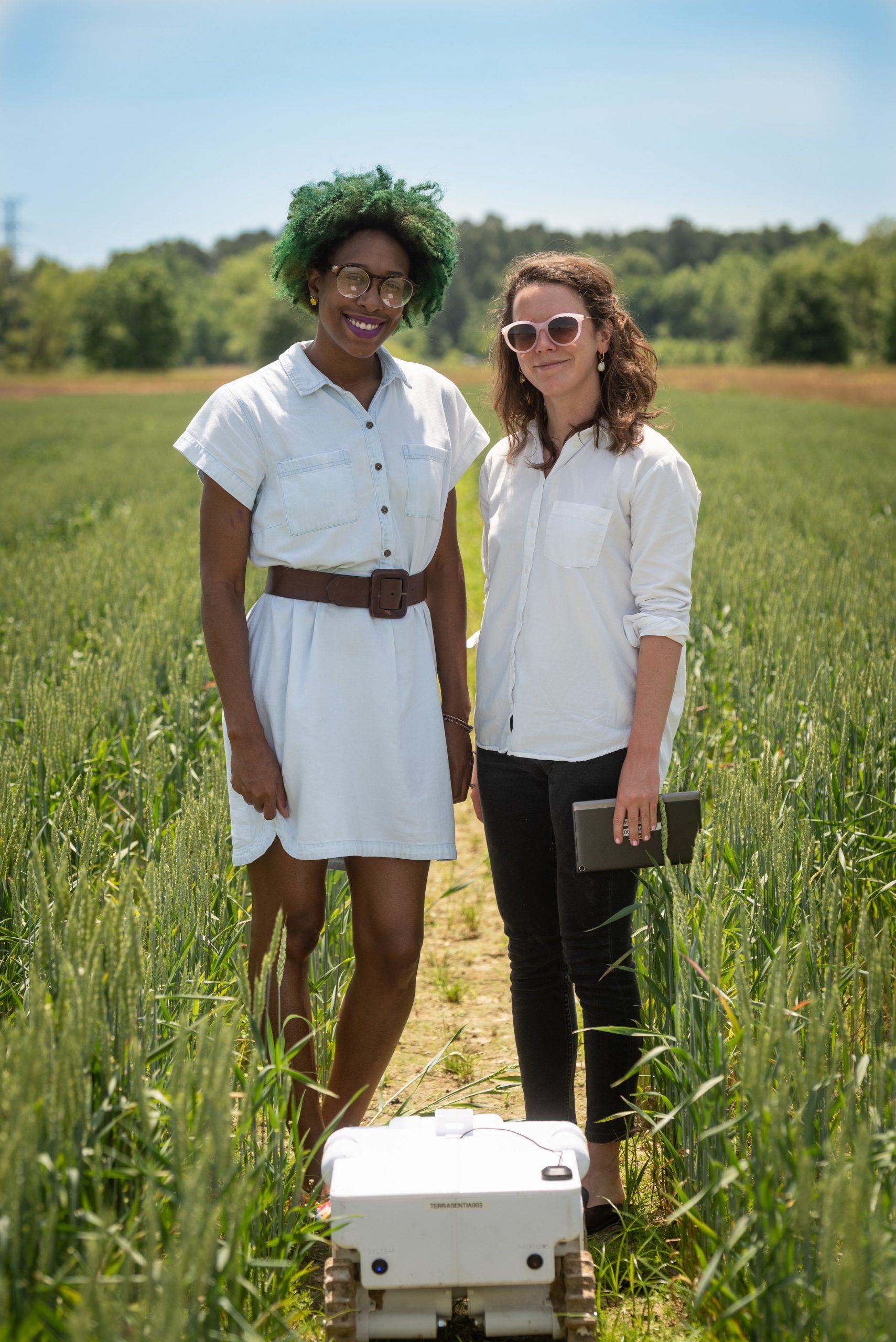 Jade Clark (left) & Schuyler Dalton (right) of AgLaunch
What that means, in practical terms, is that local groups like Tech901 and Code Crew need to be supported even more in the work they do to make sure young people are taught coding skills. Both of those, specifically, are nonprofits and survive thanks to the kindness and donations of the public. They help provide hyper-specific technical skills like computer coding. And supporting them, Nelson says, is how you begin to generate “really b women-owned and minority-owned businesses building these technology solutions.” More needs to be done, he continues, in terms of mingling that coding prowess with the scientific training that would be germane to an agtech business.

“Nudging” Memphis along as an agtech hub also involves capital, and the raising and allocation of it. We see that via things like the local Innova Memphis venture capital fund increasingly finding worthy agtech enterprises to back, with two recent examples showing that in action. Tractor Zoom is a Des Moines, Iowa-based online marketplace that connects farm equipment auctioneers and buyers, and it recently completed a $1 million seed investment round. Innova participated in the round, along with Iowa’s Ag Startup Engine and a small group of angel investors.

Innova also recently led a $1.1 million seed round for Skycision, a startup that uses drone and satellite imagery to help farmers with making decisions about how to boost the yield and profitability of their crops. 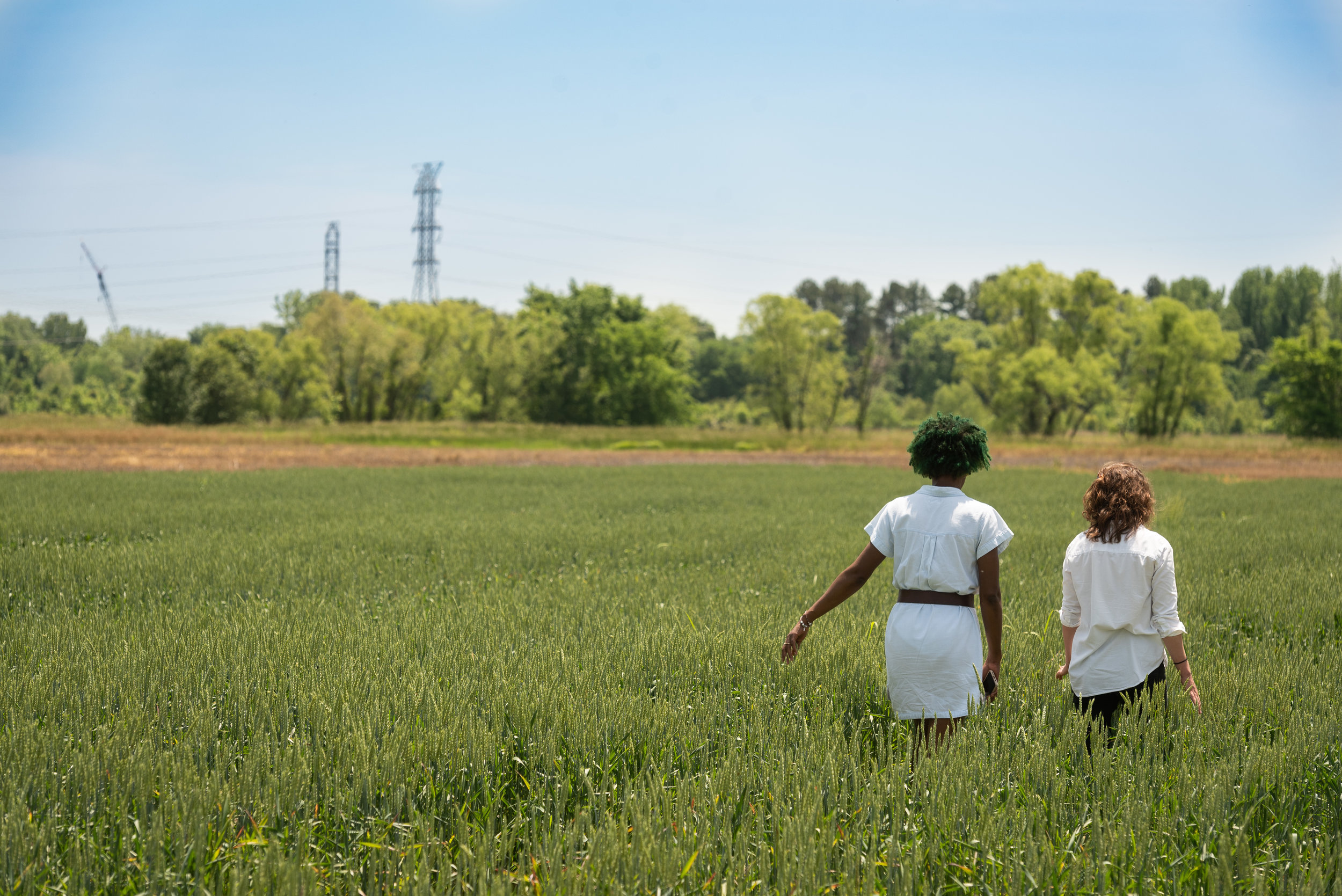 The third annual agtech-focused Davos on the Delta conference, meanwhile, is set to kick off today (May 13) with a field day at Ducks Unlimited. The event, according to executive producer Paul Noglows, will bring together 300 decision makers in global agriculture and food system innovation. The idea, he explains, “is to bring these people together [in Memphis] to have them spend time, not just in discussing challenges but really talking about potential solutions and forming relationships that can help foster those solutions.

“These are the folks who are really going to be mapping a course as to where food system innovation is headed.”

One of the many reasons the event is noteworthy is that it will include an innovation showcase. For that, some 50 companies that are mostly startup-sized will show off some of the innovative ideas and plans they have for bringing agtech solutions to bear on the global food system. They’ll each have a booth, and many will be presenting their ideas to the attendees. Not in a Shark Tank-style pitch competition (“we feel like there’s too many of those”), but with more of an educational feel. Showing everyone what’s possible, what’s being done now, and how much potential there is to change the region, state and world through agtech.

“How do we cross that gap, that divide between where we’re at and where we have to be in the future to meet the demands of a growing population and a changing world?”

Butler wonders aloud. “The agriculture space has to change, so that’s really where technology is creating a great avenue for that success.” 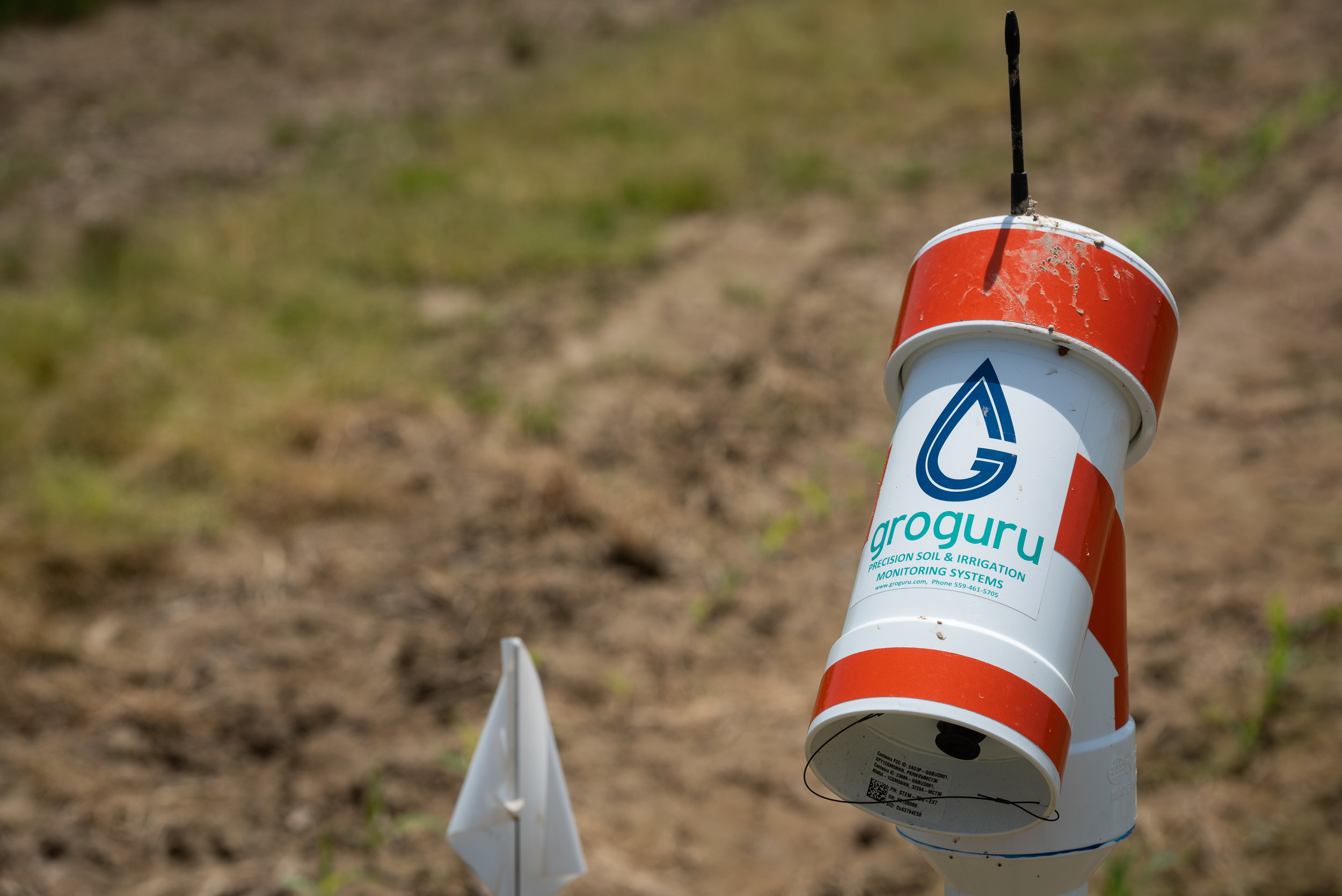