0 0
The couple behind Riko’s Kickin’ Chicken 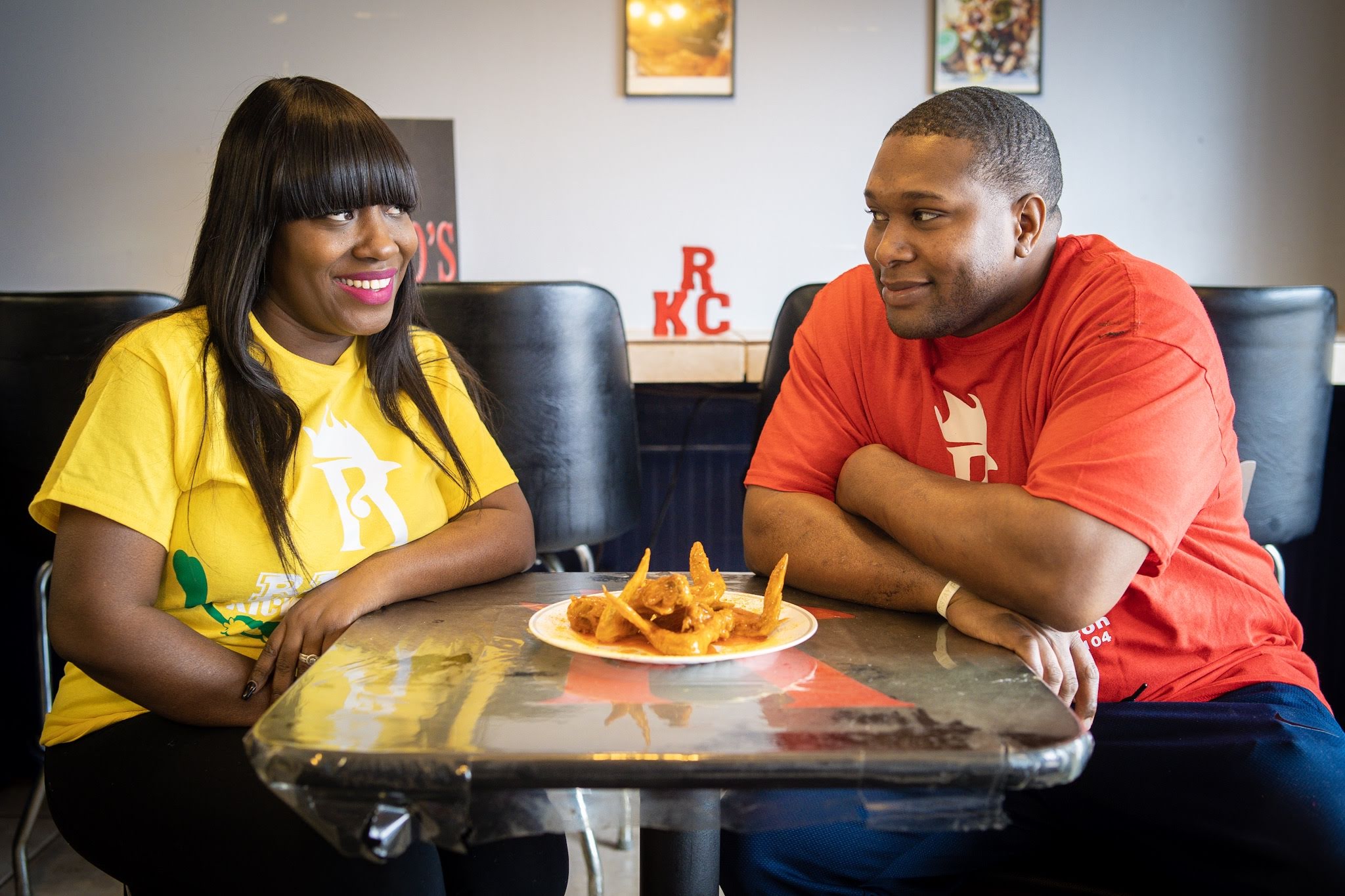 Can we talk about love for a minute? Not just the love of food, but something deeper.

Do you remember your first date? Where did you go? What did you do? Mine was to the movie theater in the Hickory Ridge Mall to see the movie Titanic. That seems like forever ago, and we can all admit Rose had more than enough room to let Jack on that piece of wood.

Riko and Tiffany Wiley, who own Riko’s Kickin’ Chicken, definitely remember their first date. Why? It was to Memphis Style Wings (now closed) in North Memphis.

So how did they go from a first date at a hot wing joint to owning their very own? 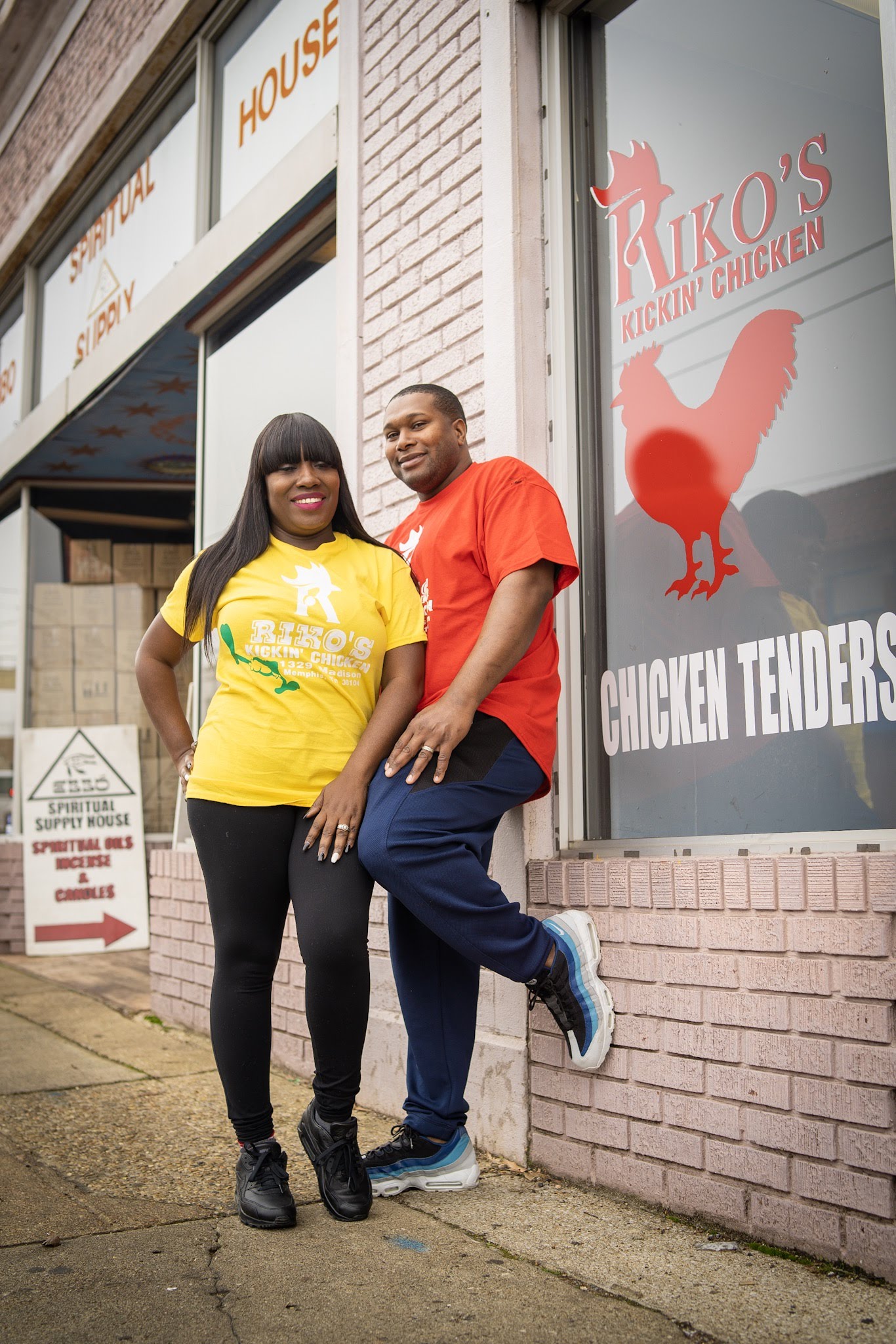 It all started during a normal day at Trezevant High School in 2001. Tiffany, who transferred from East High School, was walking down the hall with her friend when someone bumped into her and made her drop her books. The bumper was Riko, and this was his smooth way of getting her attention. Later, in an even smoother move, he gave his number to Tiffany’s friend to give to her.

One more note on Riko’s wily ways: He knew Tiffany was a senior. He was a freshman. Naturally, he told Tiffany he was a junior.

Hey, his methods might not have been the best, but they were effective.

At the time, Riko only made $25 a week sweeping at his aunt’s beauty shop. That didn’t stop him from spending it all at Memphis Style Wings.

He bet his whole check on Tiffany, and it worked!

They’ve been together for 17 years (married for seven) and have three children (17, 11 and seven years old).

I asked Riko how working every day with his wife affects their marriage. He looked me dead in my eye and said, “It’s made our marriage ber and our love life even better!” 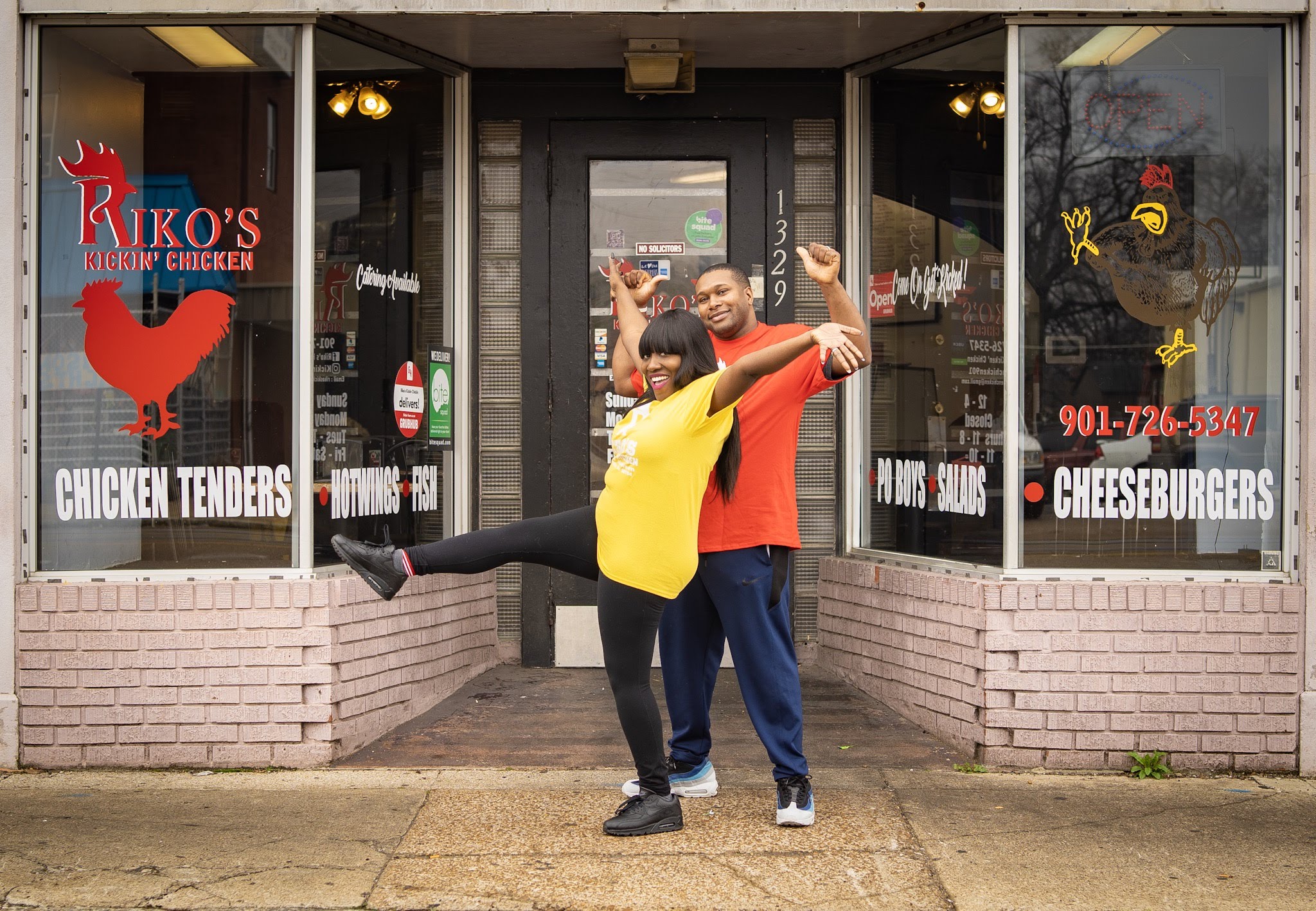 The duo haven’t always been coworkers. Riko started the company with a food truck in August 2014. Tiffany worked for FedEx and helped manage the social media. It wasn’t until they opened the restaurant on Madison Avenue in 2017 that they began working alongside each other.

Now Tiffany runs the front of the restaurant while Riko works in the kitchen. Tiffany says that being completely honest with each other is what keeps their marriage b. For example, she won’t let Riko send out a subpar order without checking him. You can’t do nothing but respect and admire that. That’s love, mane! 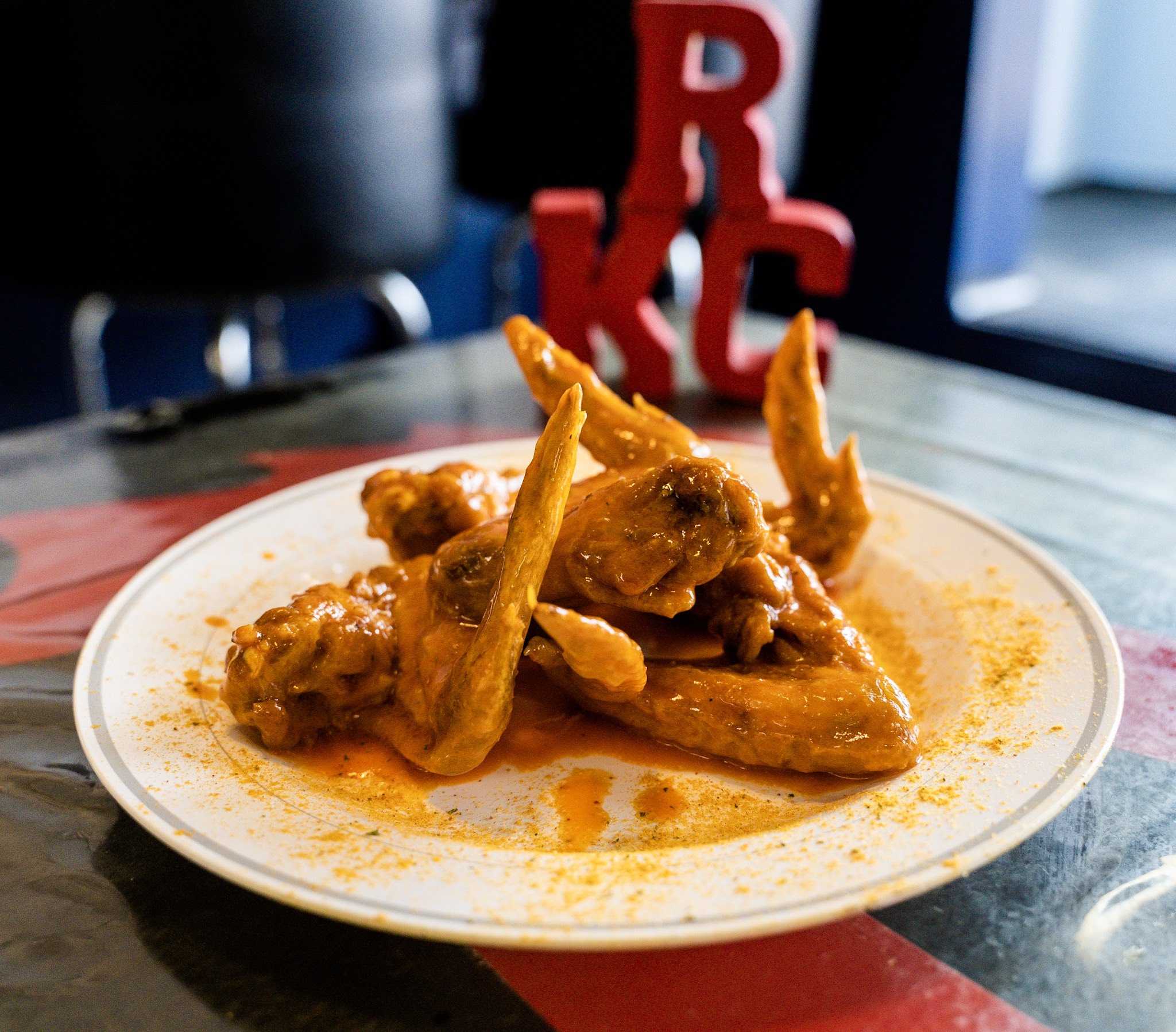 That love comes through in the foods they make as well. They have some of the best-seasoned wings I’ve had. I got to see firsthand how Riko makes them, and I was impressed. I keep hearing about his honey garlic sauce that is supposedly the best sauce on earth, but he was out the day I was there for this story. Riko says he can’t make the sauce fast enough and it’s gone as quick as he prepares it.

I also hear there’s a secret menu, but neither Riko nor Tiffany would budge on the password or how to access it. One might need to be a Riko’s MVP to get this exclusive content.

I learned quite a bit from my time with the Wileys:

1) Fellas, you don’t have to go all-out on a date to impress a woman. That’s a pro tip. So much can be done with $25 and a little creativity.

2) If you want a lady, shoot the shot, mane. A simple hello should suffice in most situations.

4) Take that woman to get some wings, and everything should be great from there. 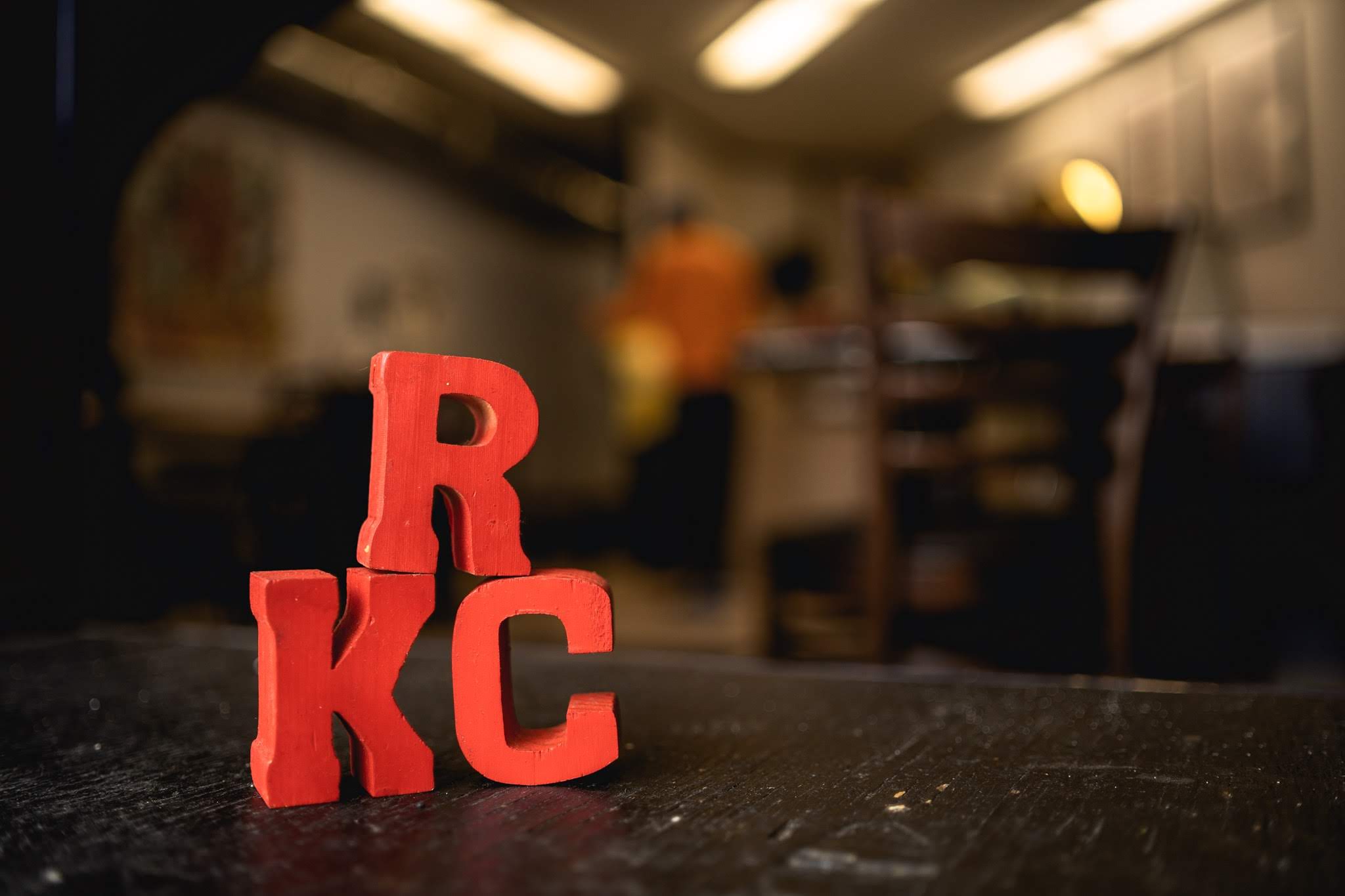