0 0
David & Bailey up the coffee game 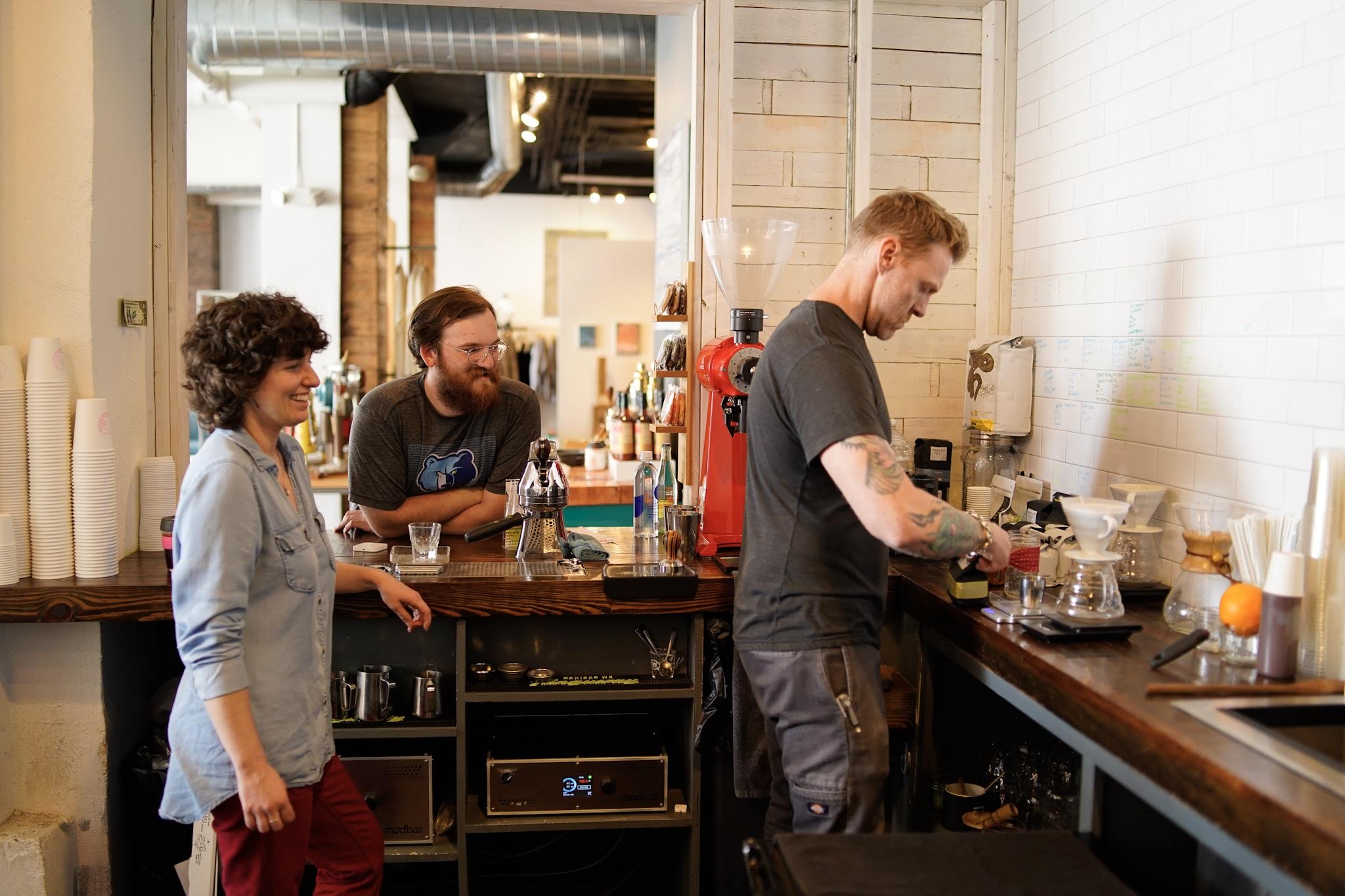 “We were on a road trip and stopped here one night,” says Biggers, as she sips from a half-empty cup of cold brew.

“We felt this strange pull in the air. Maybe it was the gigantic trees, the old architecture, the age of the buildings, and the fact that it felt gritty and soulful still, which is something that was quickly going away in Los Angeles. We felt a connection with the people here in Memphis.”

Today, the pair run Low Fi Coffee, which is located inside Stock & Belle—an Instagram-ready clothing and furniture boutique at 387 South Main. With a decade of coffee experience under their belts, the couple launched into the business shortly after landing in Memphis. They started with a pop-up inside Bozwell + Lily, a boutique t-shirt shop on North Main, in November and December 2017. From there, they moved on to open another pop-up coffee shop at the Memphis Brooks Museum of Art in January and February 2018. 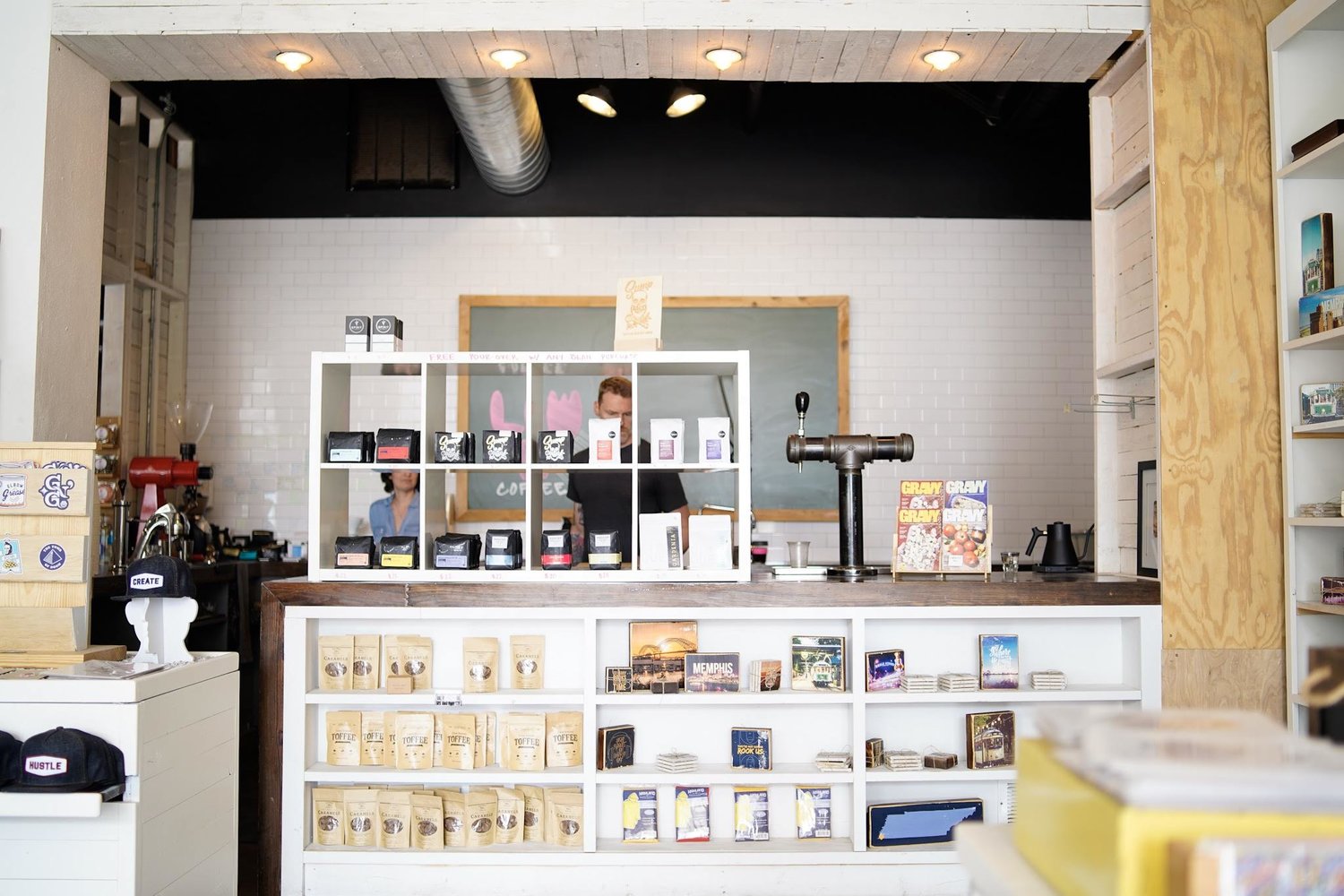 In March, they set up shop in their current location inside Stock & Belle, and the couple hopes to stay put for awhile. Biggers says the South Main neighborhood has truly embraced Low Fi, and she feels like they’ve found “our people.”

As Biggers explains it, Low Fi is a “true third wave” coffee shop.

“First wave is Folgers. Second wave is Starbucks, and third wave is treating the bean as if it were wine,”

she explains. “So, single origin beans, altitude, soil and individual farms matter in how the coffee tastes. And coffee, by nature, is seasonal, so you don’t get the same cup every time.” 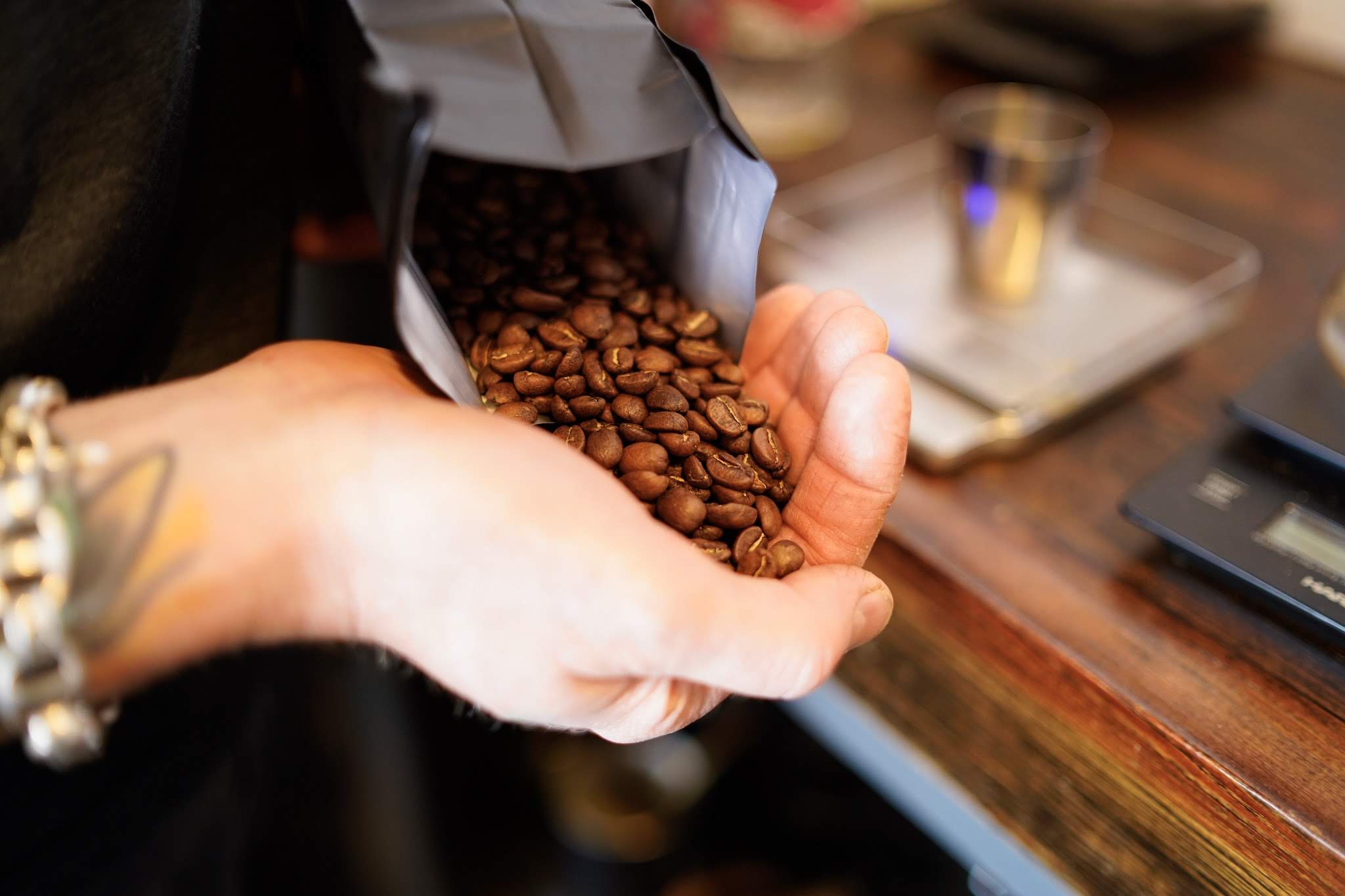 Low Fi only uses single origin beans, no blends. They source their coffee from small-batch, artisan roasters from across the country, including roasters in Grand Rapids, Portland, Tulsa, Fayetteville, and St Louis. All of the single-origin beans they use are also sold by the bag inside their shop. The couple’s approach to selecting coffees is simply based on taste and whether or not they’re thinking about seconds when they’re working on their first cup.

“We really look at what’s the drinkability factor,” Pender says.

“If I’m three-fourths of the way done with my drink and thinking I can’t wait to make another cup, then we know that’s a good coffee.”

Low Fi recently added teas to their menu, and Biggers says they were able to find a distributor who is as “nerdy about teas” as Biggers and Pender are about coffee. “They meet with the farmers all over the world and taste their teas, and that’s how they import them. They don’t go through a third-party distributor. They focus on paying the farmers good wages,” Bigger says.

They’re also a sweetener-free cafe — with one exception. Biggers is a mocha fan, so they do use a little coconut sugar, as well as single-origin cocoa and vanilla bean, in their mocha drink. Low Fi eschews sugar in most of their drinks because they want to allow the flavor of each coffee variety to shine through on its own.

“We explain why we don’t do sugar instead of just saying we don’t do it, and people are pretty thankful to have something unique and so thoughtful,” Biggers says.

At Low Fi, preparation comes down to science. Coffee drinks are prepared using the pour-over method, and beans are weighed to a tenth of a gram. Different drinks require different weights and grind sizes, as well as different water temperatures, resulting in carefully crafted beverages that taste the same each time a customer orders.

As for cold brew, they only use cold water (never hot) and steep the brew for 20 hours to conserve all of the caffeine in the bean. Then it’s triple-filtered to remove any sediment.

Low Fi never upcharges for alternative milks, which also sets them apart from many other shops in town.

“I’m an alternative milk drinker, and I always felt ripped off when I would get an almond cortado, and it’d be an extra dollar for three ounces of milk,” Pender says. “Plus, we use really high-quality organic dairy milk, so it costs about the same either way.”

Pender and Biggers’ attention to detail and quality stems from over a decade of experience in the coffee industry. The pair met in Los Angeles when they worked in the same coffee shop.

“We both started working at the same shop, and we both had barista jobs. We were trained by a biologist-chemist-turned-coffee-nerd, in conjunction with an ex-lawyer-turned-coffee-nerd,” Biggers says. “I’ve worked at five different shops over the years, and at each shop, you learn something different—what works and what doesn’t work. Over that time, we’ve tasted hundreds of coffees, if not up into the thousands at this point.”

In the early days in LA, Pender was also working as a hairstylist, and Biggers went to art school and worked in digital media, doing prep and styling for cooking shows. The pair were coworkers in the coffee shop and then friends before romance finally bloomed (they started dating about six years ago and have been married almost three years). That early working relationship helped prepare them for running a business together as husband and wife.

“We had a very strong working relationship first, and it’s easy to fall back into that, even when we may have a disagreement about something outside of work,” Pender says. “When we’re at work, we’re at work. We’ve established that style of relationship so it’s not hard.”

The shop is open 7 days a week — 7 a.m. to 4 p.m. daily (except 8 a.m. to 3 p.m. on Sundays) — and the couple are also the sole employees. Each takes one day off per week, and Pender admits that they actually miss one another on their days working alone.

“It’s getting to the point where whichever person’s day off it is, we miss each other. It’s so much nicer when she’s here, and we can get so much more done,” Pender says.

When they’re not crafting cups of coffee together, Biggers and Pender enjoy spending time with the new friends they’ve made in Memphis, taking their dog to the park, and just walking around taking in Memphis’ sights. But Pender admits, “We haven’t done a ton here yet because we’re working all the time.”

As for that work, Pender hopes Low Fi’s treatment of coffee as an artisan craft beverage will serve to up the game in Memphis.

“People work hard for their money, and if they’re spending their money on our coffee, we want them to leave here saying, ‘That’s the best cup of coffee I’ve ever had,’” Pender says. “We’re not saying that we’re better than other shops. We’re just saying there’s a better way to do this. We have to raise the bar. A rising tide raises all ships, and we want to be part of that rising tide.”

Bianca Phillips writes about vegan food (and shares images of everything she eats) on her blog, Vegan Crunk. She’s the author of Cookin’ Crunk: Eatin’ Vegan in the Dirty South. By day, she works as the communications coordinator for Crosstown Arts/Crosstown Concourse. She and her partner, Paul, are the proud parents of five cats and one very stubborn (but adorable) pit bull.

Michael Butler loves everything Memphis. His goal is to show the beauty in Memphis others overlook. He’s a photographer, videographer, Memphis tee collector, foodie, lover of tacos and Mayor of South Memphis. @_one901

Our Soi - Your Street

At the Family Table