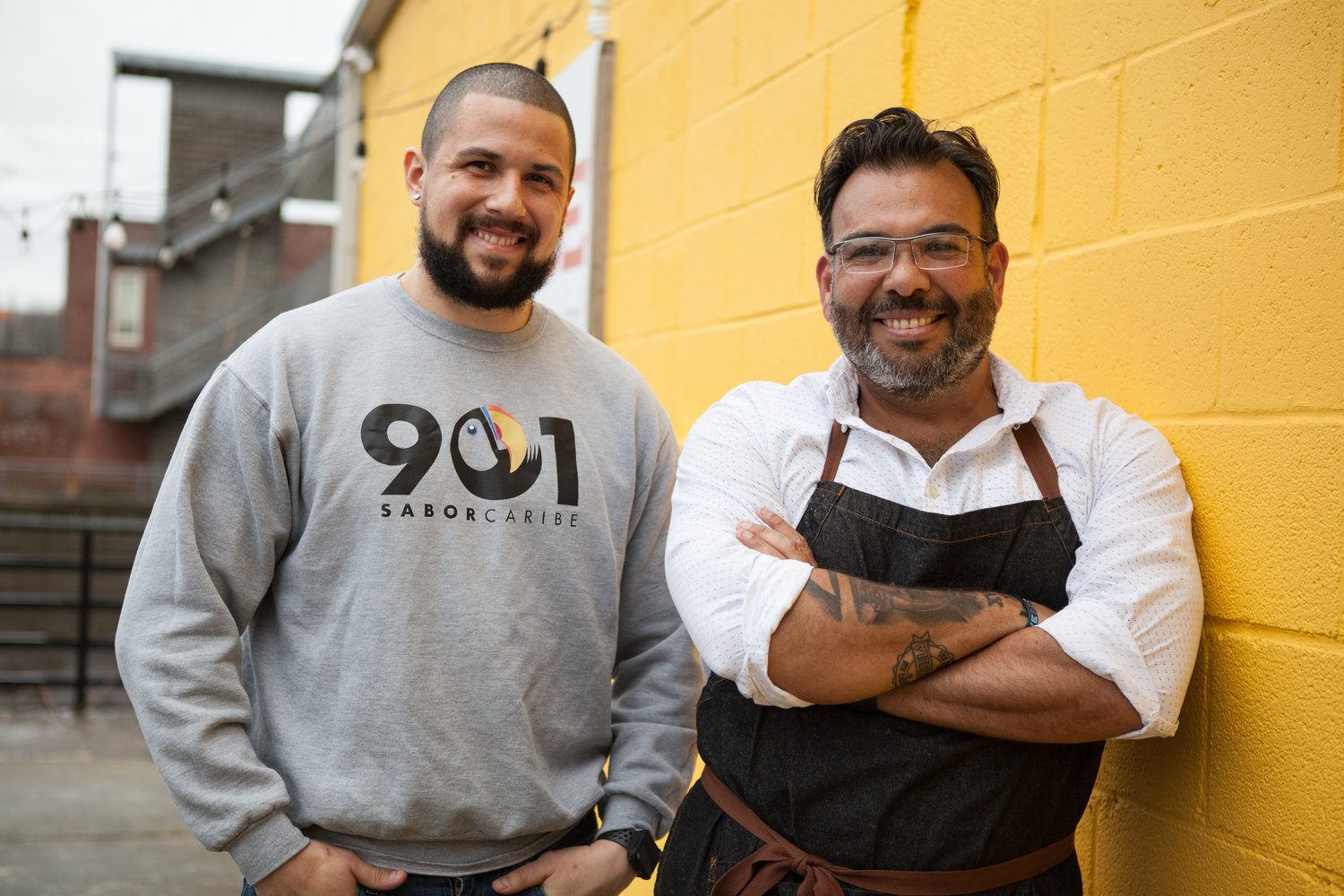 All of César González’s quotations have been translated from Spanish by the writer.

The Internet was a big game changer for César González.

A trained journalist in his native Venezuela, he founded El Norte in 2012 to see it turn into one of the biggest Spanish newspapers in Memphis. But in 2014, sales were slowing down by the day as people increasingly went online for their news, and César was trying to figure out his next venture. He decided to take a chance on his true passion: cooking. He invested in a food truck, and Sabor Caribe was born. 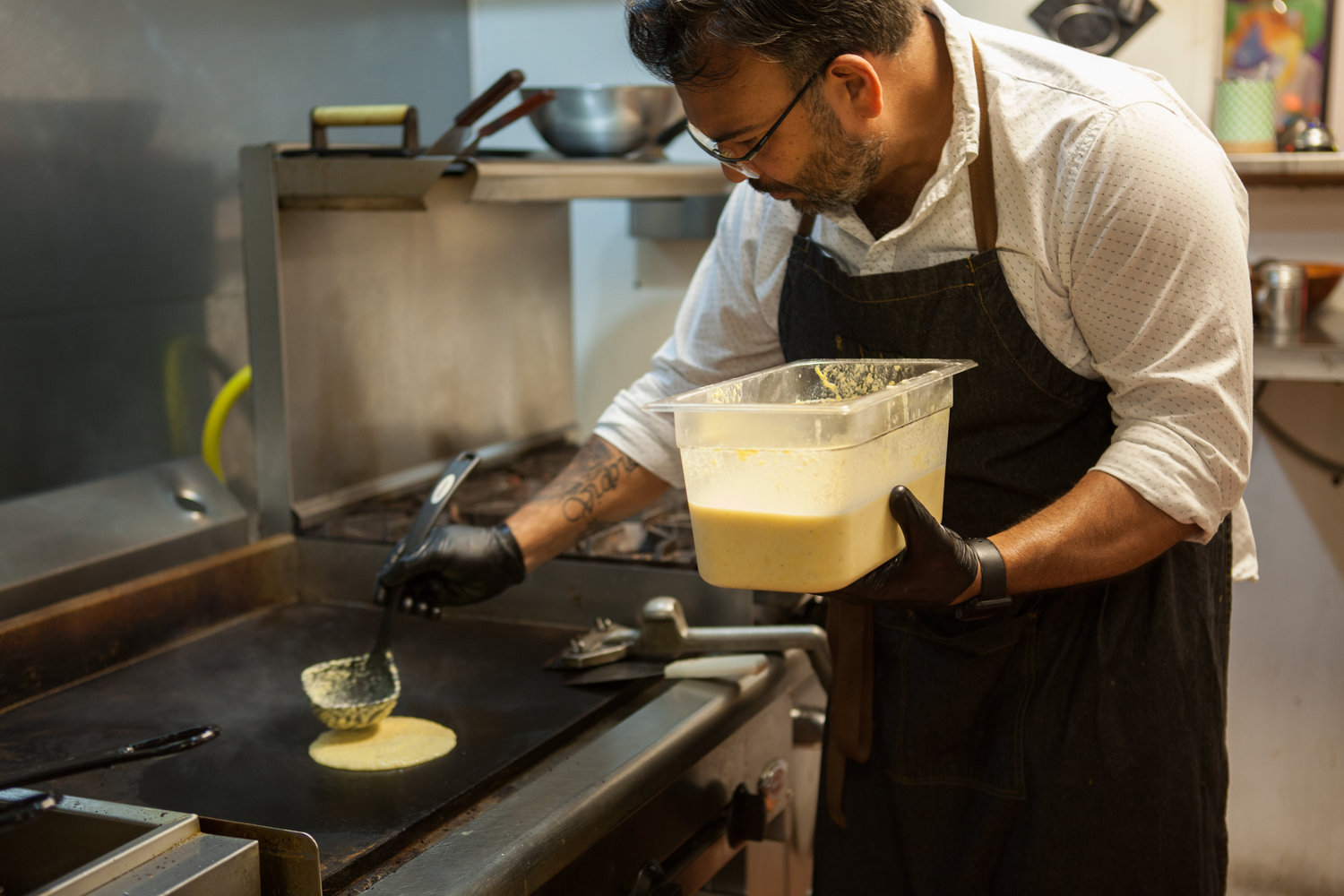 From the hand of his grandmother in Maracaibo, western Venezuela, César learned tricks and passion for Venezuelan cuisine from an early age.

“I always knew that I would end up in the restaurant business,” he says. “Nowadays I feel as I wasted too much time doing other things that I also enjoy, and I regret not having done this before. I have learned so much and I enjoy it thoroughly.”

There was a lot of Venezuelan pride behind his food truck initiative. Arepas, empanadas and patacones were his main items. They are still the core of his offerings at Sabor Caribe, the restaurant, that opened at 662 Madison Avenue in early 2016. 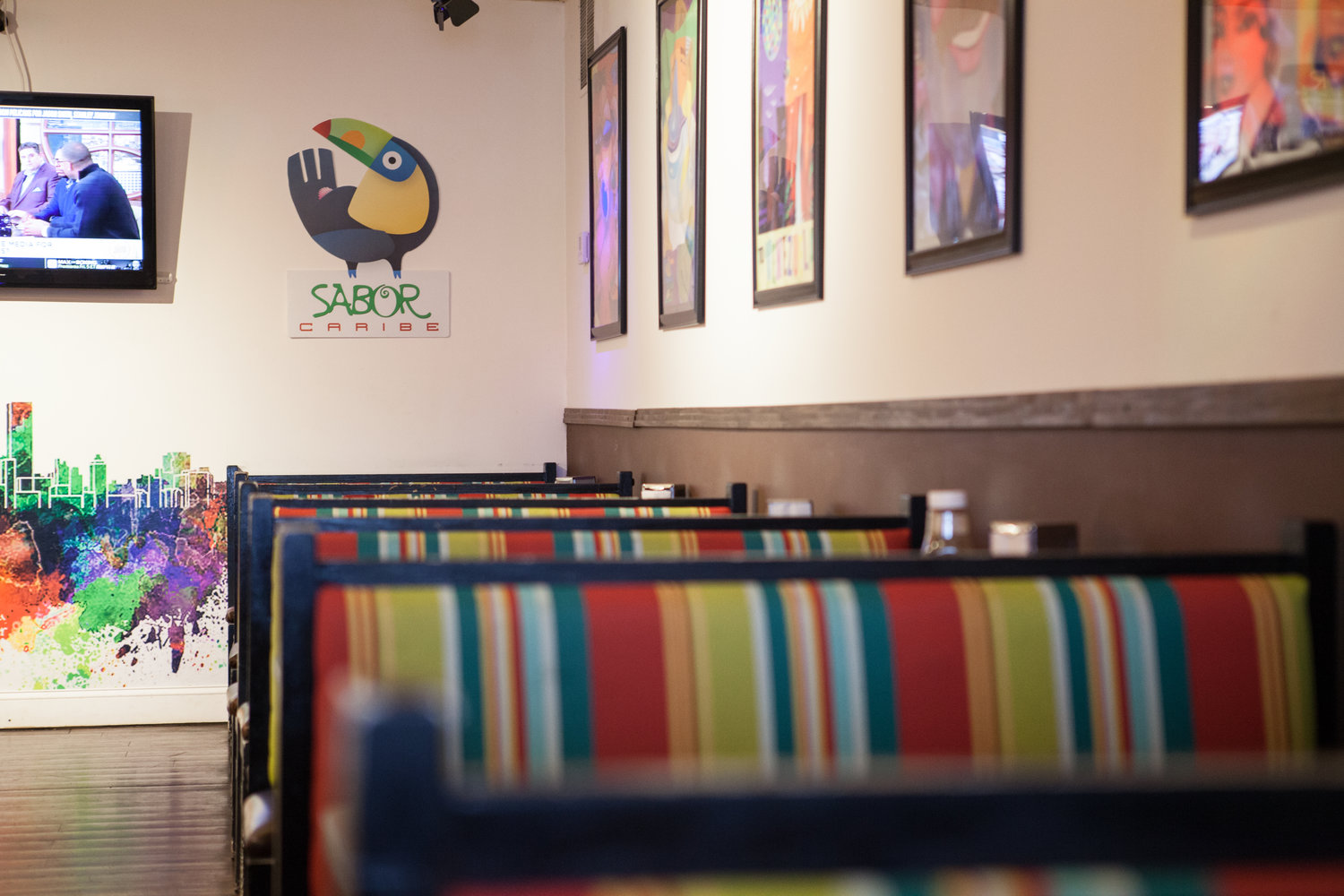 Arepas are the basic staple of Venezuelan food. They’re basically grilled corn flour patties, made al momento (instantly) and stuffed à la carte. Just as they do back home, each combination bears a distinctive name. “Dominoes” for black beans and white cheese, “Brunette” for shredded beef and cheese, and “Queen” for chicken salad and avocado. And to these typical stuffings, César has added his own creations, such as the “Memphis” with barbecue pork, slaw and yellow cheese. There is also a “Veggie” stuffed with mozzarella, tomato and avocado, which is very popular with healthy eaters, given that arepas are also gluten-free. 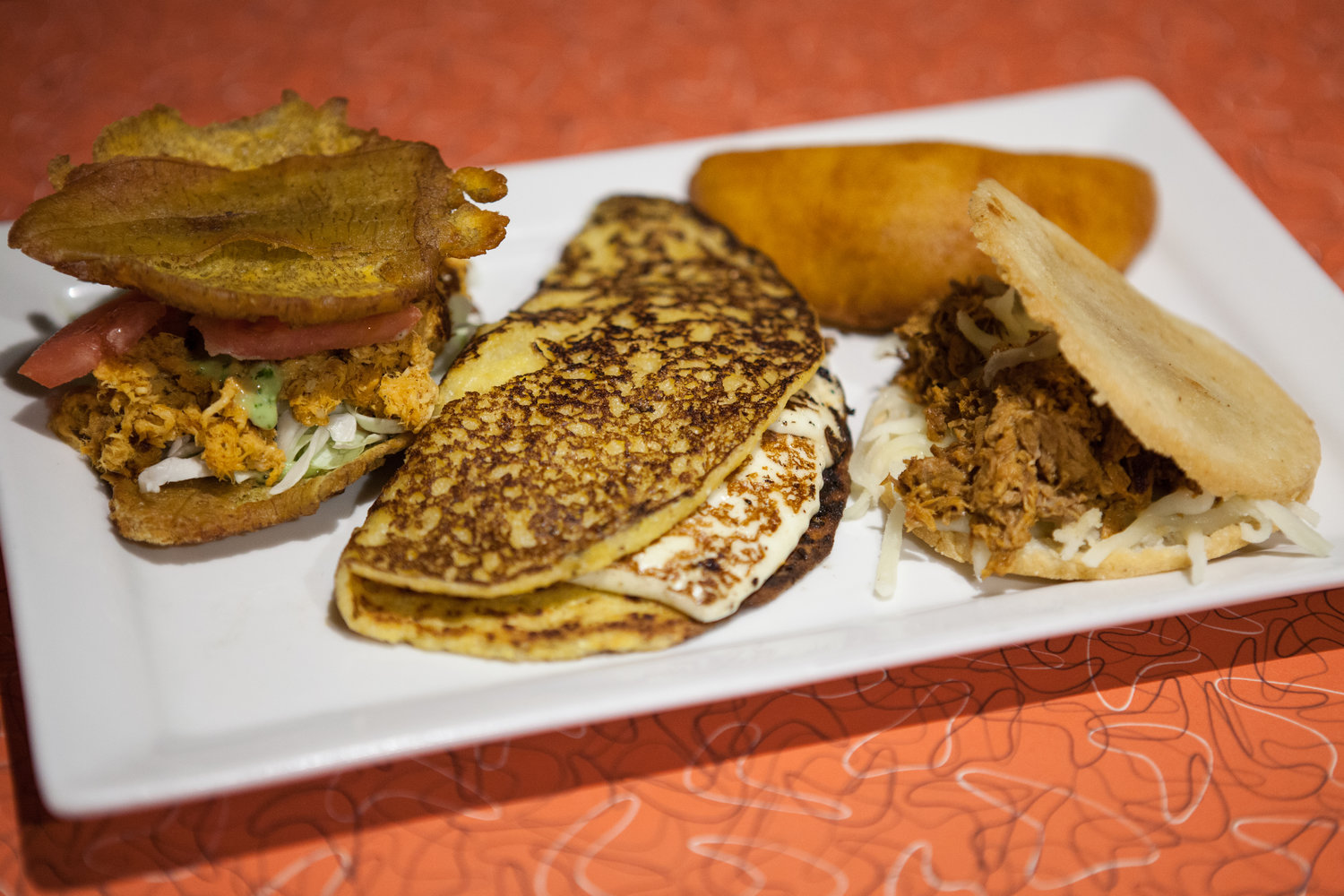 But the “Memphis” arepa, popular as it is, is not the only tribute that Sabor Caribe pays to America.

If you visit the restaurant with folks not-so-prone to adventurous eating, the Bomba-B burger won’t let them down. This burger has a double patty (you can choose beef, chicken or pork) and then bacon, salami, egg, slaw and cheese. It is César’s personal version of the rueda de camión (Spanish for “truck tire”), widely popular in his hometown of Maracaibo. 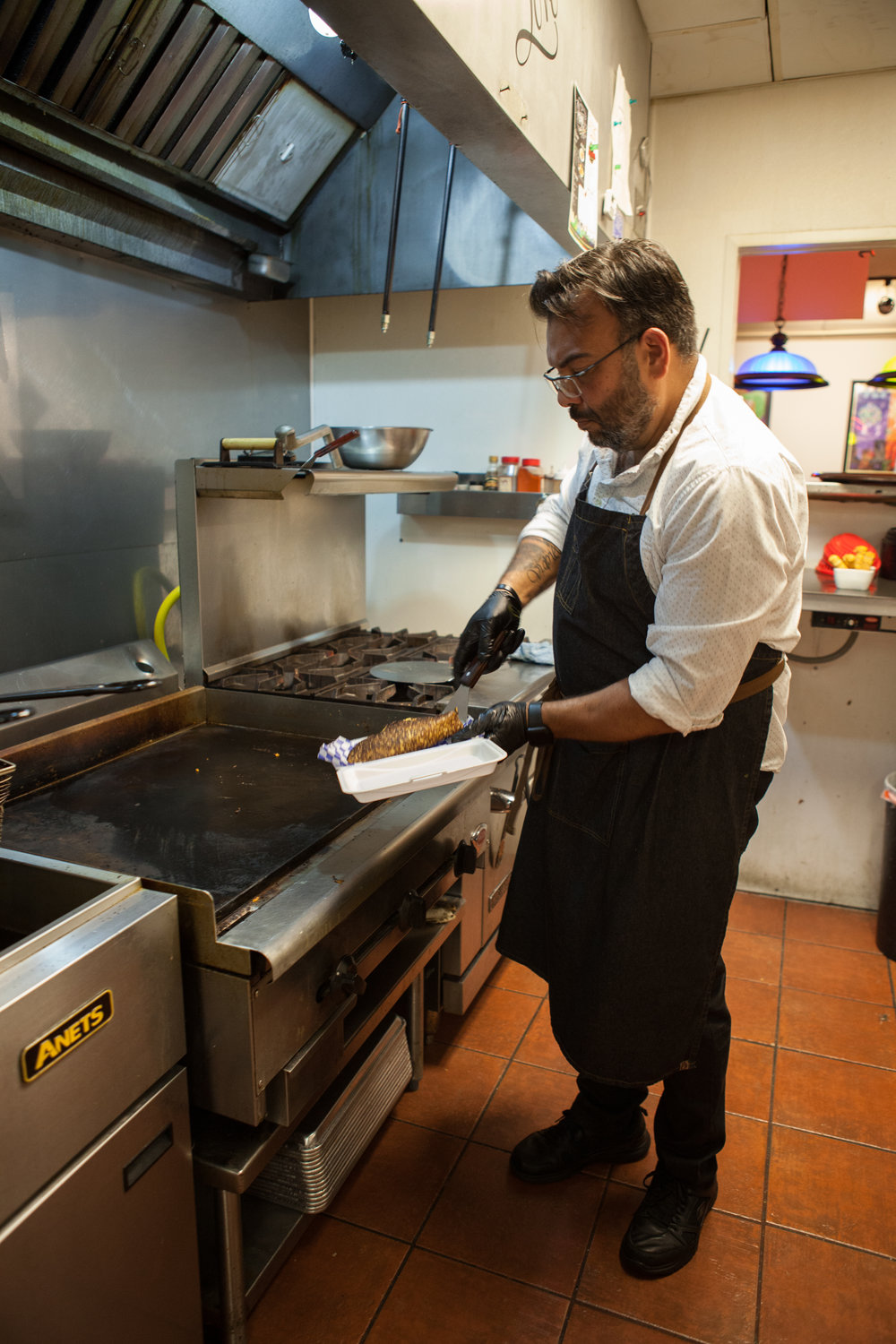 The B-Bomba has always been part of Sabor Caribe, even from the food truck days.

Although his food has been highly popular with Venezuelans and Latinos, César has always wanted to attract the American public to his restaurant, not only for business but because he wants to share his culinary heritage.

In 2016, when he sold the food truck so he could partner with his cousin Alejandro Romero and open the restaurant, the menu evolved to include sampler platters, fruit juices and desserts. All of them have proven to be successful with a wide audience, regardless of heritage.

César is aware that is important to continue learning, and his sights are set on learning the tricks of Cajun cuisine. He dreams of working in New Orleans one day to learn to cook this food that he already enjoys.

“Fusion cuisine is the trend,” he says.

“I also feel that Cajun flavors would provide a whole set of creative possibilities with our own Venezuelan flavor.”

In the same vein, for two years he has participated in the World Championship Barbecue Cooking Contest during Memphis in May as part of the Latin Porkers team, where he has taken charge of the side dishes. This has been a great opportunity to share what he does, but also to see what the other teams bring. “The technique we use is called <em>caja China</em> (Chinese box),” he says. He explains that this method comes from Cuba, and it cooks the pork with “inverted heat.” The pork is placed in a wooden box and the burning coal is placed on top of it, allowing the meat to be cooked from the top down, keeping it juicier. “We are the only team in the whole competition that does the pork that way,” he states proudly. 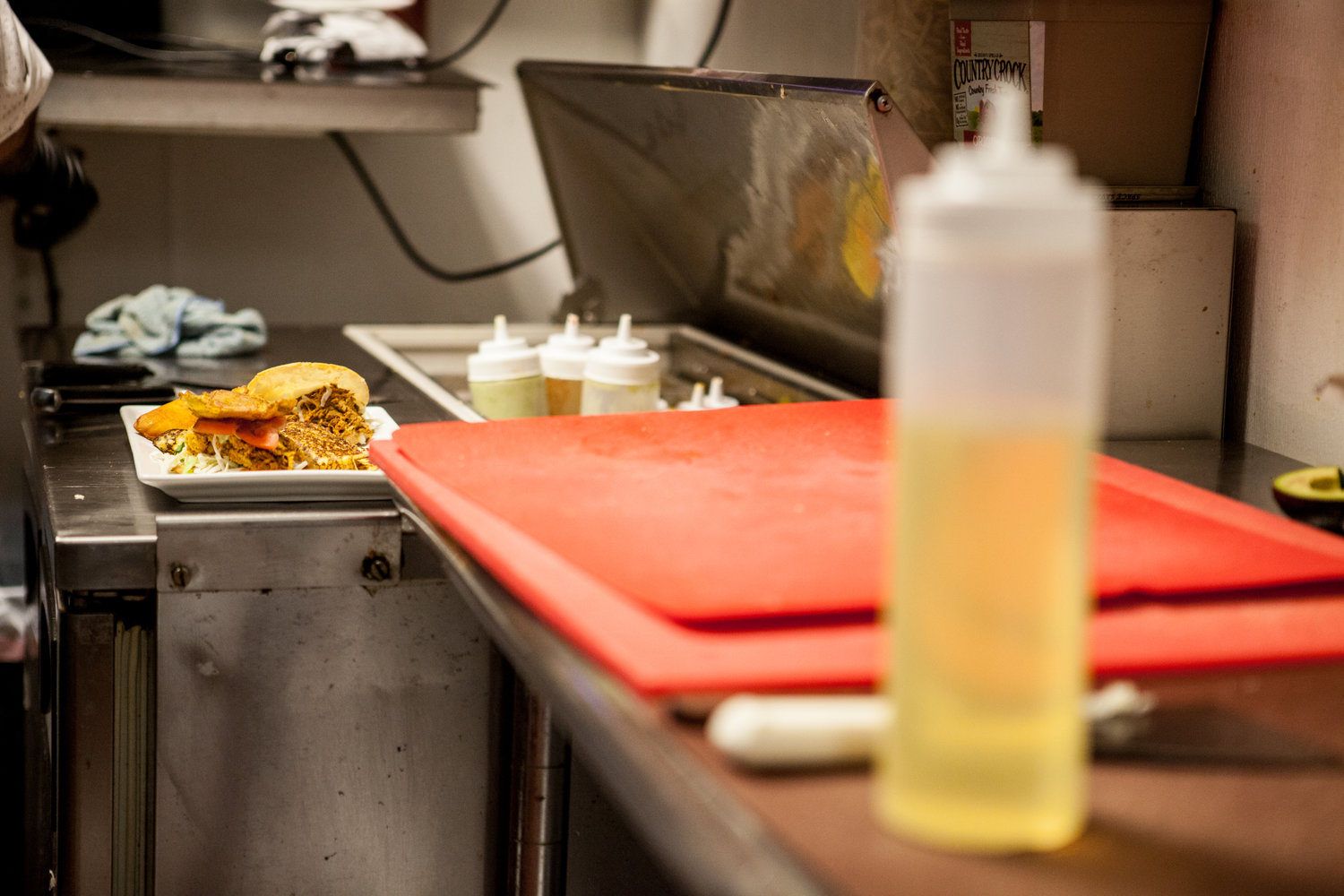 “Venezuelan cuisine is different from other Latino cuisines because it is not hot spicy,” he says.

“It is about being respectful of the natural flavors. That is our main difference compared to Mexican and Cajun cuisines, which are rather about adding spices to create distinctive flavors. Venezuelans instead are about how to bring out the best possible flavor out of each ingredient.”

César has found that arepas and patacones (green plantain fritters) are very popular with Americans. “They come to try because arepas have become a fashionable thing — they’re so versatile and gluten-free,” he says. He also boasts about how popular the homemade cilantro salsa is with the American public.

“Venezuelans come to get tequeños (cheese sticks) and cachapas (corn pancakes served with pork and cheese), I guess because they are so complicated to cook at home, and we do them really well,” he explains with a big smile.

What does César’s grandmother think of her journalist-turned-chef grandson?

“She is very proud,” he says. “She’s almost 100 now and not so lucid anymore, but when we FaceTime from the restaurant, she shows me a big smile because she knows this is her legacy too.” 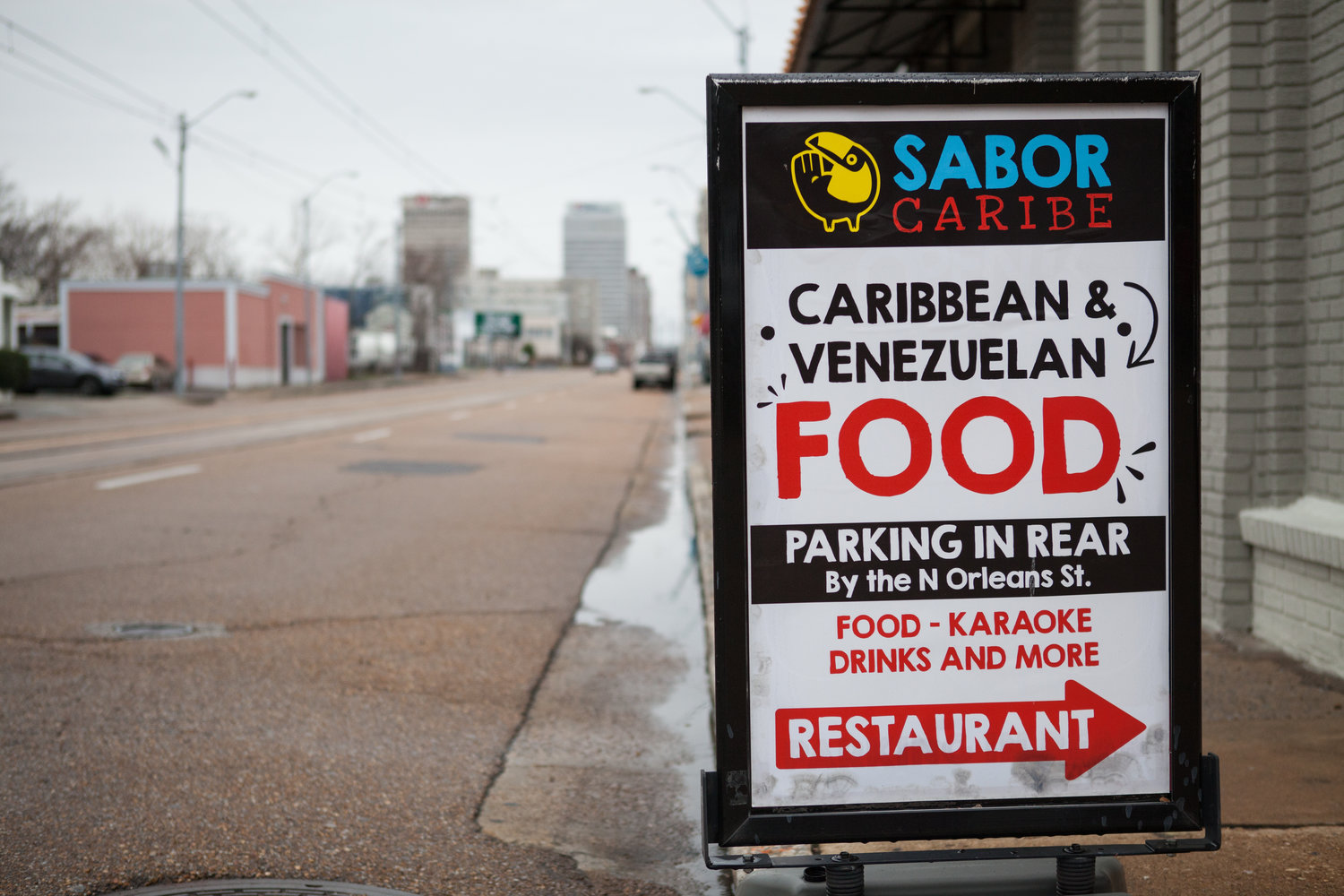