0 0
The evolution of a classic cocktail ingredient 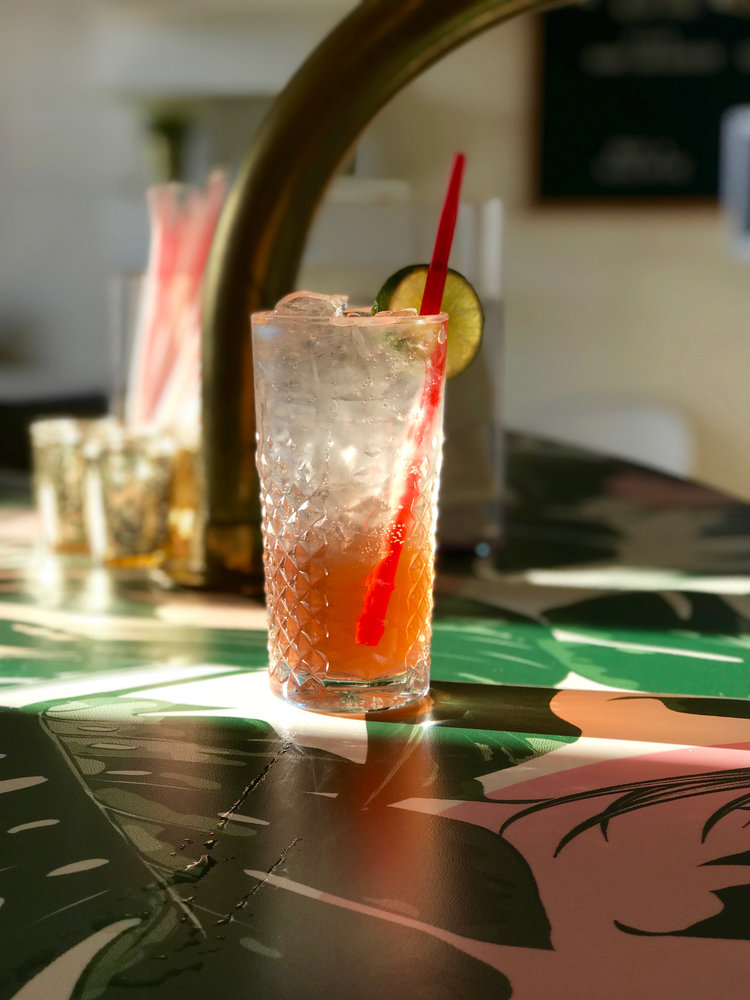 It is rare that patrons post up to a bar these days and are familiar with all of the ingredients on the cocktail menu. Case in point—shrubs. Shrubs are generally basic concoctions of fruit, sugar and vinegar. We get the word “shrub” from the Arabic word sharab, or beverage. In ancient times, vinegar was used as a preservative for food and beverages and as a blending agent to make dirty water more palatable. These vinegar-based beverages were also popular options for those abstaining from alcohol because of religious reasons.

Thousands of years before refrigeration, shrubs served to ward off scurvy and aid in digestion in addition to being a tasty thirst quencher. When Europeans first settled the North American continent, they brought shrubs with them on the long sea journey. Vinegar was also a common cleaning solution in colonial times in addition to being used in the canning and storing of fruits and vegetables.

But what does this history lesson have to do with cocktails?

During Prohibition shrubs were popular among the drinking public because of their simplicity to produce and even their appeal as a “temperance” drink. When carbonation and refrigeration became prevalent, the shrub went back into obscurity.

Enter the modern bartender. Shrubs have been popping up on cocktail menus everywhere over the last few years as mixologists continue their search for the perfect balance of sweet and sour in their drinks. The powerful flavors of shrubs combined with their seemingly endless flavor profiles can be used in combination with any spirit. An added bonus of shrubs is that they can be used for “mocktails,” essentially complex drinks without alcohol.

Evan Potts, general manager at Andrew Michael Italian Kitchen, is an experienced drink maker, who directs and assists his bartenders in the continuing evolution of their cocktail menu. Its current iteration incorporates a shrub that serves a two-fold purpose—both to provide the shrub’s traditional sweet-and-sour flavor profile and to act as a sweetener.

“I think the use of simple syrup has become too widespread in cocktails. It can be a crutch. If you omit this one thing in some drinks, a well-made shrub becomes a great substitute,” says Potts. “Our customers expect to try different things here at our bar.”

The “Amethystos” is a perfect example. He uses a rosé-infused vodka combined with an Italian amaro, a bianco vermouth with grapefruit and a lemon thyme shrub served over ice cubes made with Rare Tea brand tea leaves. The cocktail is finished with prosecco and Topo Chico sparkling mineral water for a combination that is both complex and restorative in an unexpected way. The use of vodka as the base spirit is a rare exception in an industry obsessed with more traditional offerings.

Another crowd favorite from a previous menu (that also requires vodka) is the “Hot to Trot.” Customers ask for this drink so frequently that Potts keeps the ingredients on hand just for those who order it. The Hot to Trot utilizes lemon shrub, an Italian aperitif, Cocchi Americano and an ancho chile liqueur. A garnish of serrano peppers adds a subtle aroma and gives a crisp snap on the nose; it is the perfect complement to the deep mosaic of flavors that the drink possesses.

Kirby Davis, bar manager at The Liquor Store on Broad Avenue, has a simple and unique approach to her shrubs. She likes to experiment using intriguing infusions, although her current menu does not currently feature a “shrub” cocktail. Davis says, “I prefer the element of surprise [when it comes to shrubs]. We’ve had shrubs on previous menus, but I prefer to play around with different ingredients and then have it available for that customer that is adventurous enough to try it.”

For her it is essential that there is a level of trust between bartender and customer.

She believes shrubs and their uses provide great talking points to introduce people to something they wouldn’t otherwise order.

Her “Lady Boss” cocktail, which showcases gin, strawberry shrub and basil syrup topped up with Topo Chico sparkling mineral water, is an invigorating surprise that does not disappoint. Another of her other drinks, an homage to the Push-Up Pop dessert of yore is “The Cremesicle.” It contains a pronounced and tasty peach and coconut shrub, three-year-old tequila, vanilla bean extract and an egg white. The cocktail construction is intricate where the shrub does the heavy lifting to highlight the complexity of the aged tequila with the other ingredients. It is a delicious concoction for the adventurous cocktail lover.

The simple beauty of shrubs is that there is no wrong way to make them.

Experimentation with different kinds of fruit and spices is rewarded generally with an interesting amalgam of flavors. If you happen to have any late summer fruit lying around and are unsure what to do with it, drop it in a sealed jar with equal parts sugar and vinegar, let it sit in the fridge for a week or two, and experience the magic that is a shrub with your favorite spirit. Cheers!

Hot to Trot by Evan Potts

Combine first three shrub ingredients in sauce pan and stir over medium heat, until sugar is dissolved. Remove from heat, adding 2 to 3 stems of thyme (more or less can be used depending on the desired flavor), cover, and let sit for 30 minutes. Chill before using in cocktails.

1. Stir diced strawberries and sugar together to create a syrup. Let rest in refrigerator for 8-24 hours. The sugar will naturally dissolve after several hours of emulsifying with the strawberries. (If all of the sugar has not dissolved after 24 hours, heat the mix on a stove top.)

2. Next, double strain the mix to separate fruit syrup and (now candied) strawberries. Then mix the syrup with both vinegars. Now you have a shrub that is great for cocktails, mocktails or just to sip on—and you can use the candied strawberries as a garnish.

The Magic of Composting