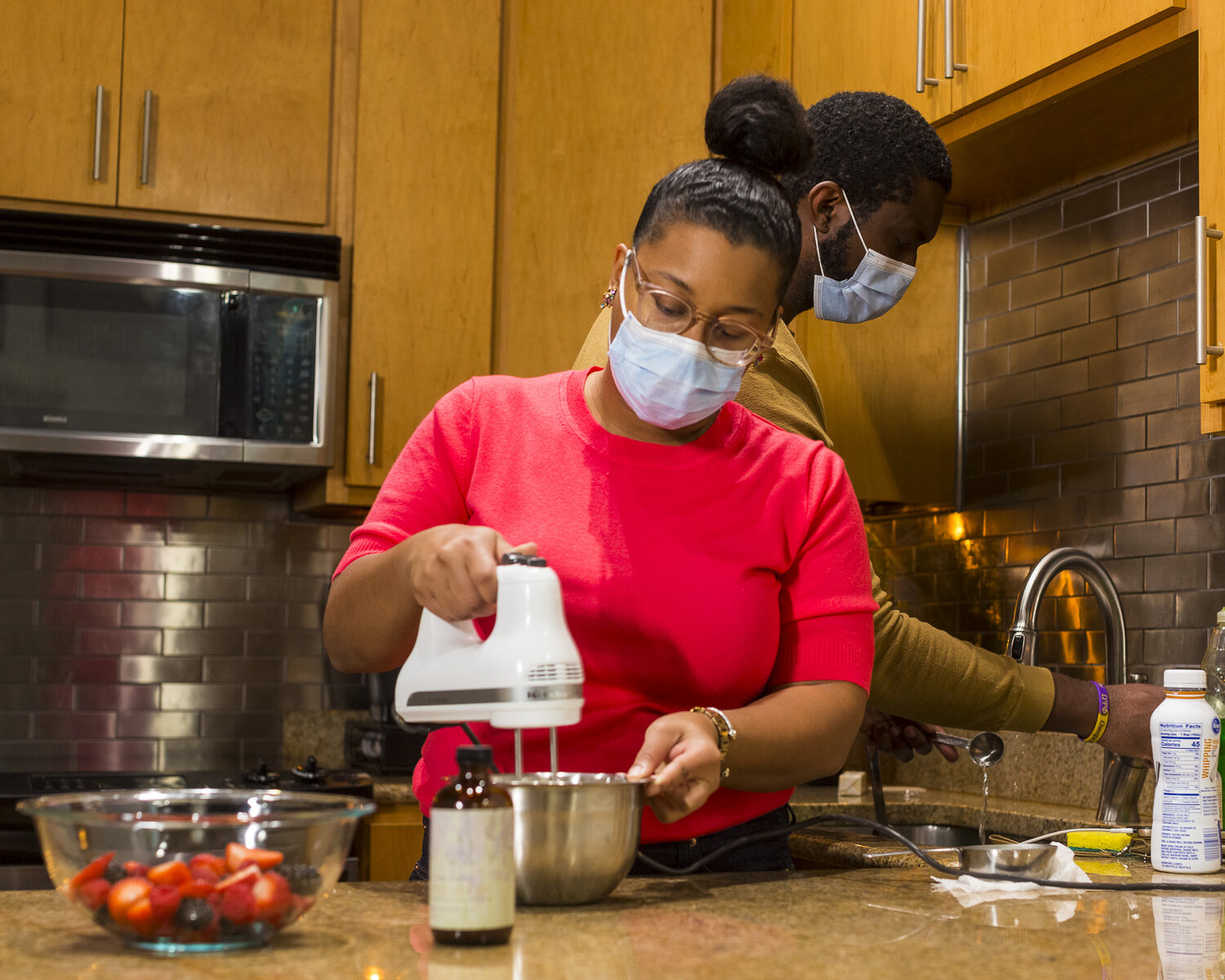 The work week had been especially brutal, but, hello, it was Friday night at last. Rob Williams, a home-based data engineer, joined his wife, Lauren, in the kitchen. “I decided I’d make him a cocktail,” says Lauren, a dentist with a practice in Byhalia, Mississippi. “I made a simple syrup, infused some fresh rosemary we had growing in the garden, added that to some gin, splashed in some lime, and handed him the glass.”

“I took a sip, and then another,” says Rob. “I looked at Lauren and said, ‘Can we make this sellable?'”

Three months later, with the taste-testing assurance of friends and family that, indeed, “this” was sellable, Cane & Herb debuted at the downtown Memphis Farmers Market in 2019. Week in and week out, new and repeat customers changed “this is sellable” to “this is profitable.”

“This” really started years ago in a subway car on the J line in New York City. Lauren was in the Big Apple completing her dental residency; Rob had escaped from Florida to work in a marketing agency.

“I was going home after having margaritas with my roommate,” says Lauren.

“It was Taco Tuesday,” Rob clarifies.

“He was wearing a Florida Gators backpack. My roommate was from Florida—”

“So the roommate and I started talking about Florida—”

“And we got to their stop, and it was my stop, too, but I’m sure they thought I was a stalker—”

“And the roommate invited me to a birthday party—”

“I had come to see Lauren, not her roommate—” 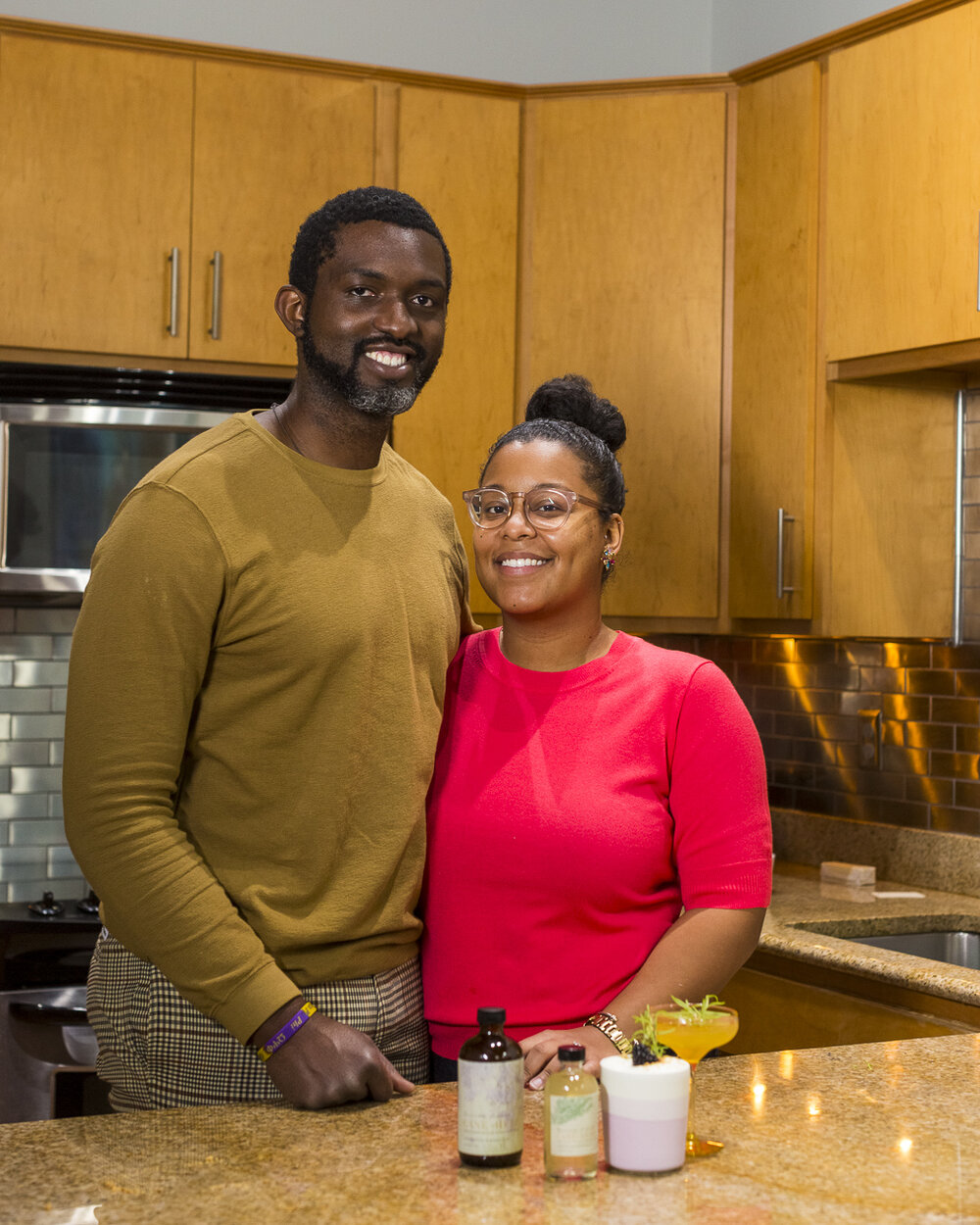 Now back in Lauren’s hometown, the couple mixes their magic at a commercial kitchen in Midtown Memphis.

Once a week, they handpick seasonal herbs from their small home greenhouse: mint, basil, rosemary, lavender, sage. (“I want a bigger greenhouse,” Lauren suddenly says to Rob. He nods “yes,” of course.)

The fresh-cut herbs are taken straight to the commercial kitchen, infused with simple syrup made from organic cane sugar, bottled hot, then returned home for the final touch: beautiful, artistic labels designed by Lauren.

“I use the hibiscus-infused syrup as a vinaigrette for my shrimp salad,” says Rob. “It’s also delicious in an aqua fresca or margarita.”

“Or, for a spicier margarita, you can use the jalapeno-infused syrup,” adds Lauren. “Or for a spicy hot chocolate. I use this syrup as a marinade for my chicken and waffles recipe.”

“The lavender-infused syrup is delicious in gin and tonics or coffee lattes,” says Rob. “And the rosemary-infused syrup makes incredible vodka sodas or lemonade.”

The two look at each other and smile. “We pride ourselves on our small-batch production,” says Lauren. 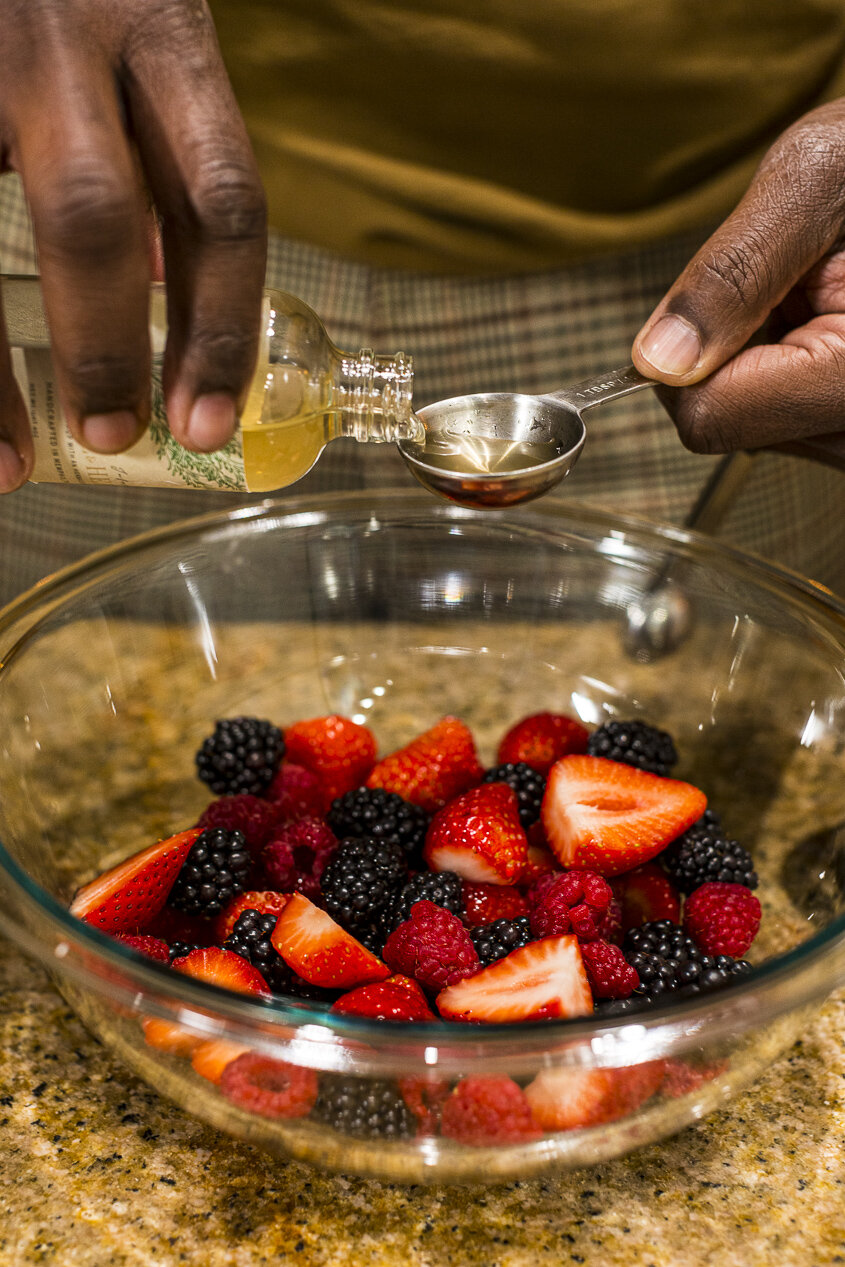 Cane & Herb’s simple syrups can serve as a healthier, more adventurous substitute for bland, processed sugar in just about any recipe, from ice cream and cake icing to sweet marinades and pancake batter. The ratio? An easy one to one.

“Most people hear the word ‘syrup’ and think of traditional maple syrup—or cough syrup!” says Rob. “They’re not sure what to use our syrups for. So it’s an education process, and, so far, the more people learn, the more people experiment, the more comfortable and creative they become with using the product.”

Next up on their experimental flavor palate? “Ginger and vanilla,” says Lauren.

And then? “Vanilla extracts,” says Rob.

And also, just possibly, a sugar-free simple syrup—endorsed by a dentist.

Terre Gorham is a freelance writer, editor, and proofreader who cultivates volunteers and foodies for the Memphis Farmers Market Downtown.