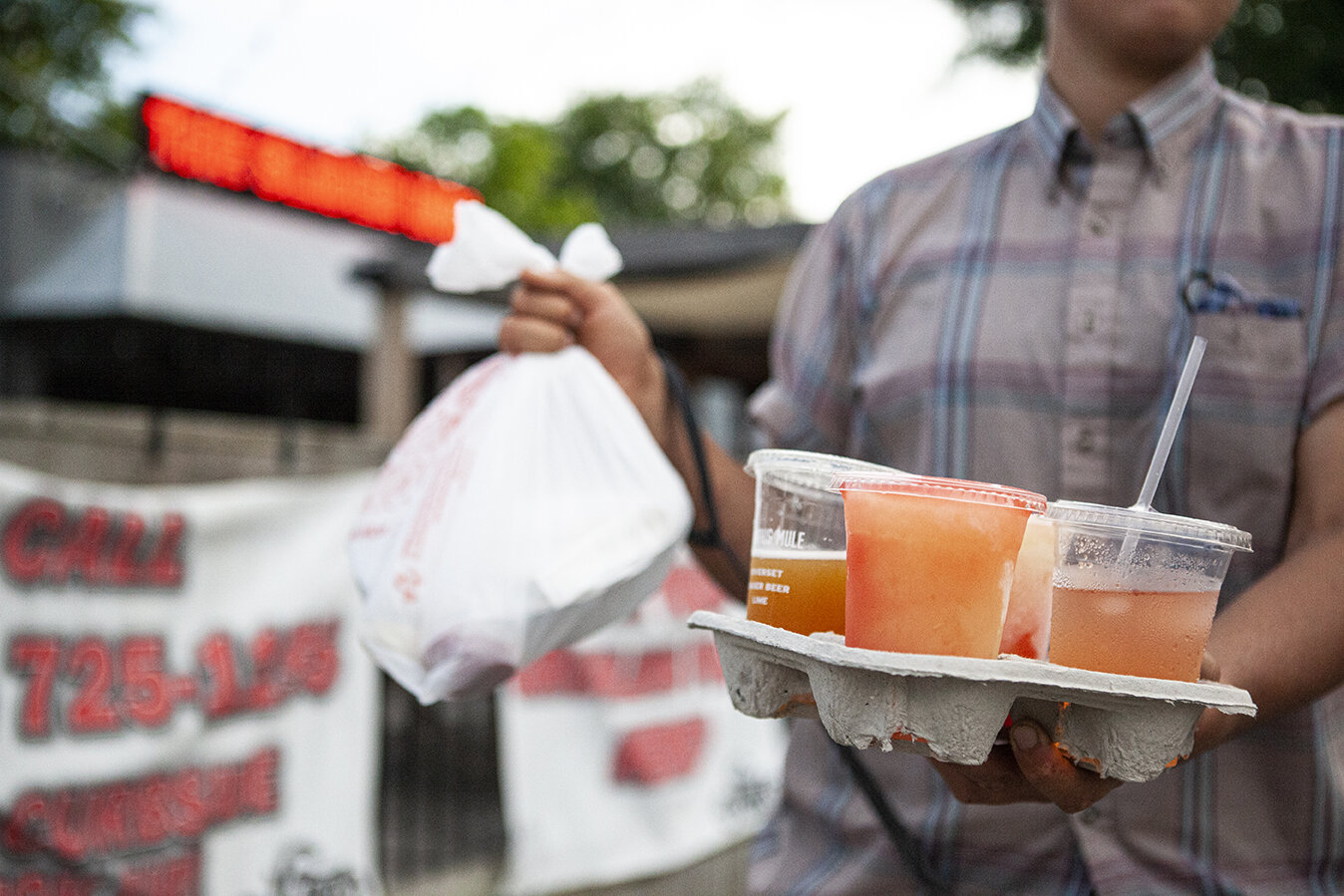 We’ve seen many things change over these last few months. Not just here in the Memphis metro area, but everywhere.

It’s a confusing time with much uncertainty, and the desperate scramble to keep restaurants and bars in business is only now beginning to play out. With dining rooms closed, businesses have been relying on takeout and to-go items to prop themselves up. Margins are thin in regular times, and many of these places are utilizing every available option just to keep their businesses from going under. 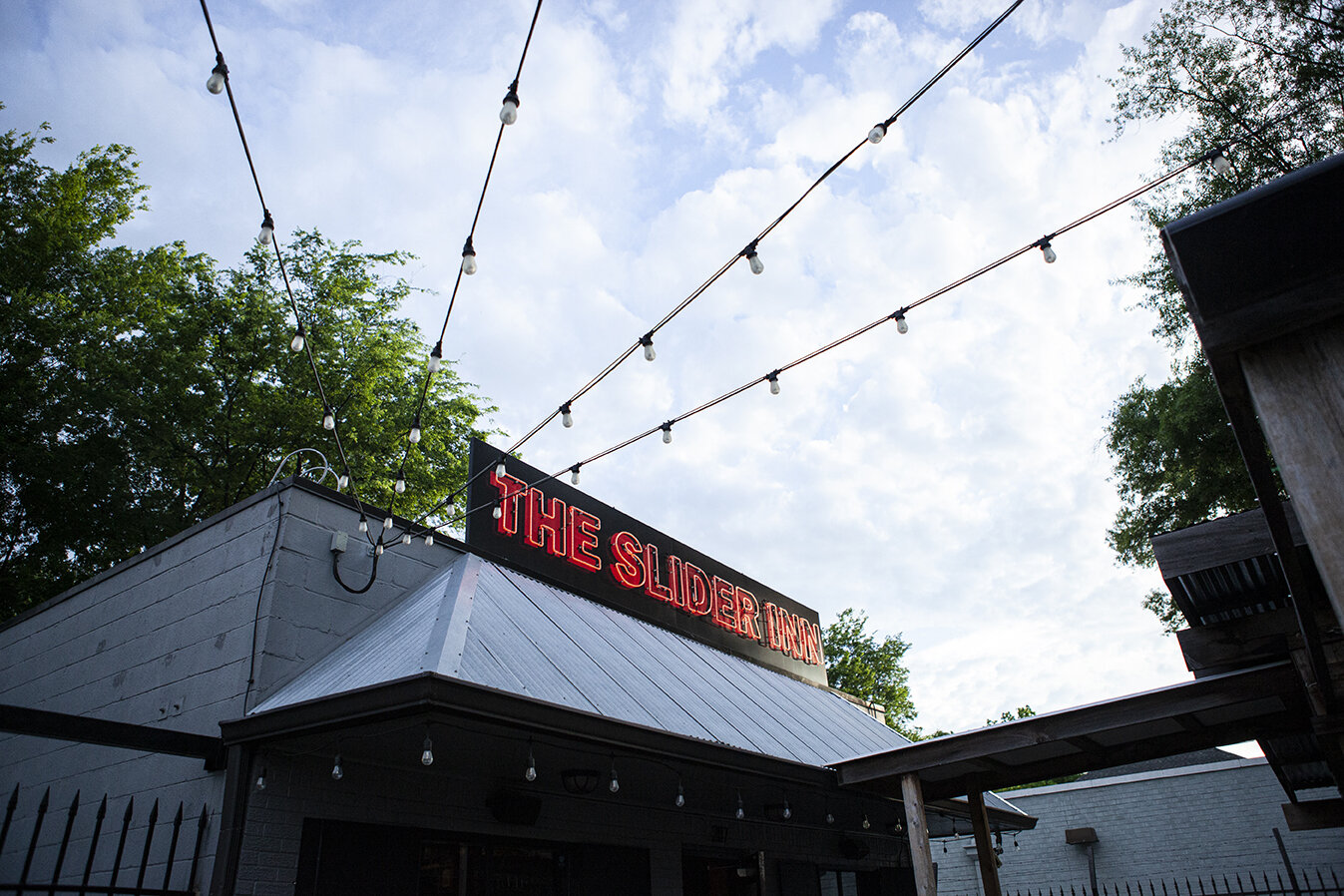 The most recent option in Tennessee has been the allowance of the sale of alcoholic items “to go,” albeit with certain restrictions. Liquor-by-the-drink in Tennessee has always been confined to inside spaces. A few places, like Beale Street, have their own rules governing open containers; the relaxed guidelines add to the economic impact of proprietors and promote tourism. What makes Beale Street unique is that it is the only place in Tennessee where open containers are permitted to be carried out into the street and between bars. Another quirk is that no establishment on Beale Street is required to have a special liquor-by-the-drink license. It merely has to be located in the designated district. 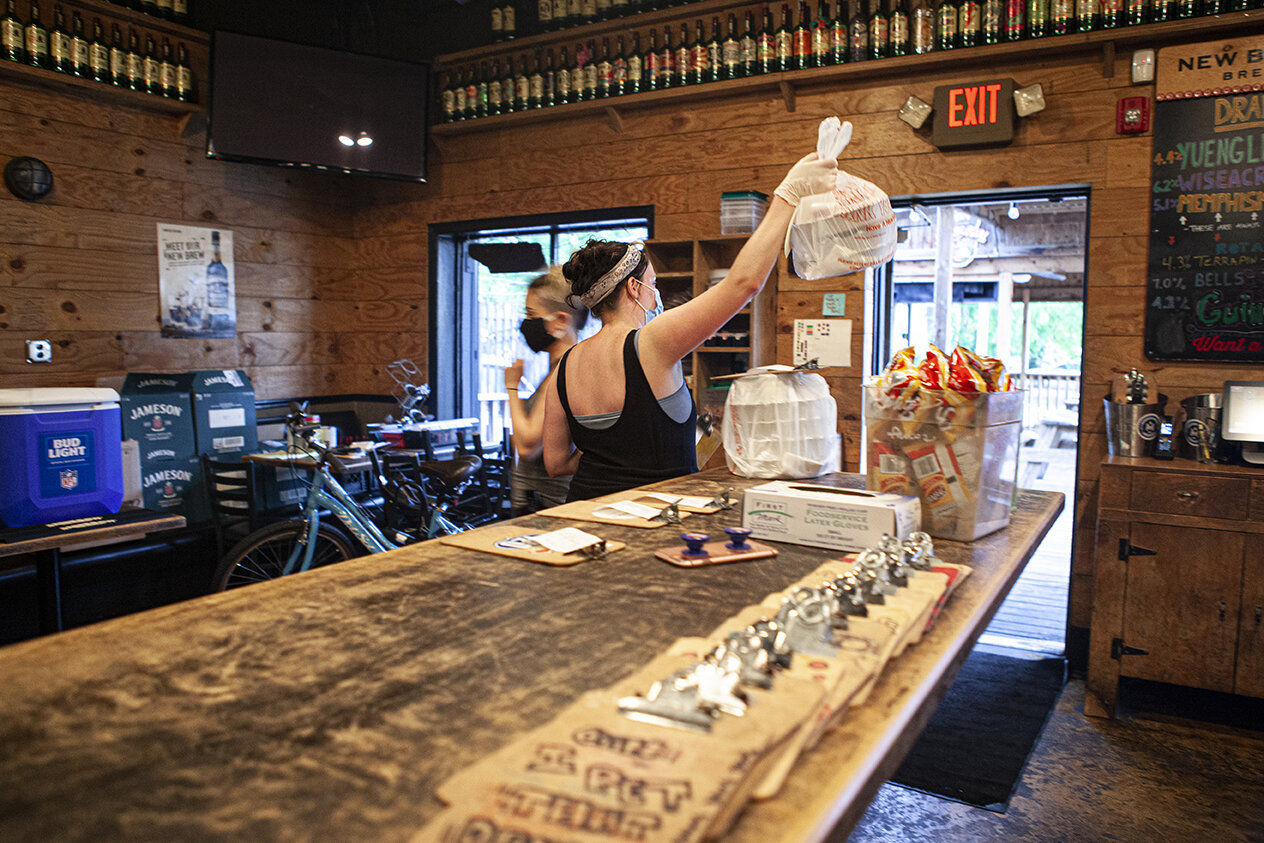 Public drinking hasn’t always been illegal in the United States. In some cities, like New Orleans, it is a cherished tradition few could imagine living without. In the 1950s and ’60s, municipalities around the country began to restrict open consumption—ostensibly as a way of thwarting an activity that was perceived as a public nuisance and bad behavior when, in fact, many of these policies were racially motivated and discriminatory, nearly to the point of being unconstitutional. A side effect of the restrictions, though, was that restaurants received zero revenues from alcohol sales, cutting seriously into their bottom lines. 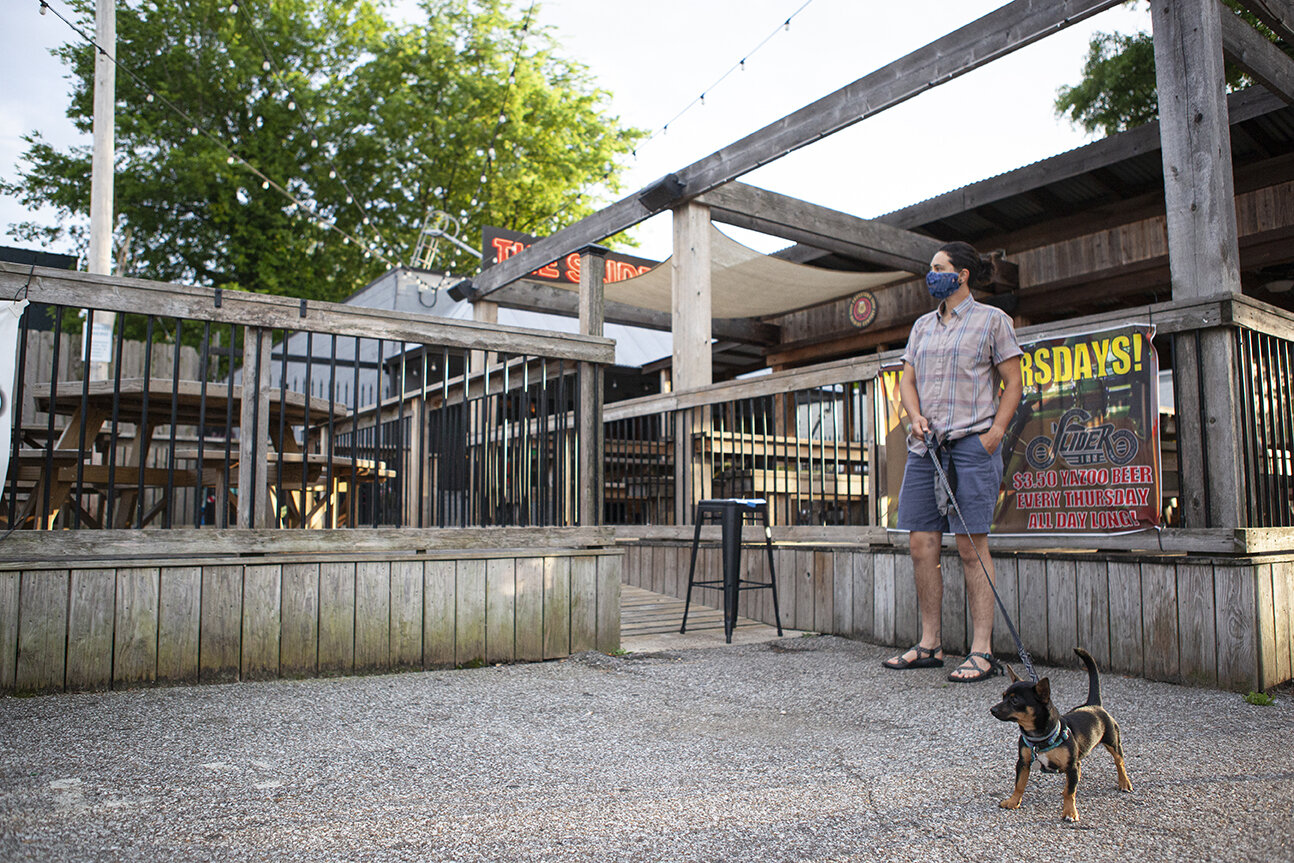 In the late 1960s, attitudes toward open consumption began to change again. Memphians—who were among those unable to purchase liquor-by-the-drink in a restaurant—held a referendum in 1969. On May 21, 1970, liquor-by-the-drink sales took effect and transformed nightlife in Memphis forever. Fast forward 50 years, and the circumstances are no less dire for restaurant owners than they were in the ’50s and ’60s.

A slew of new liquor laws have been enacted since 2014. Wine and beer are readily available in grocery stores now, but liquor can still only be purchased at a liquor store or in a drink at a restaurant or bar. 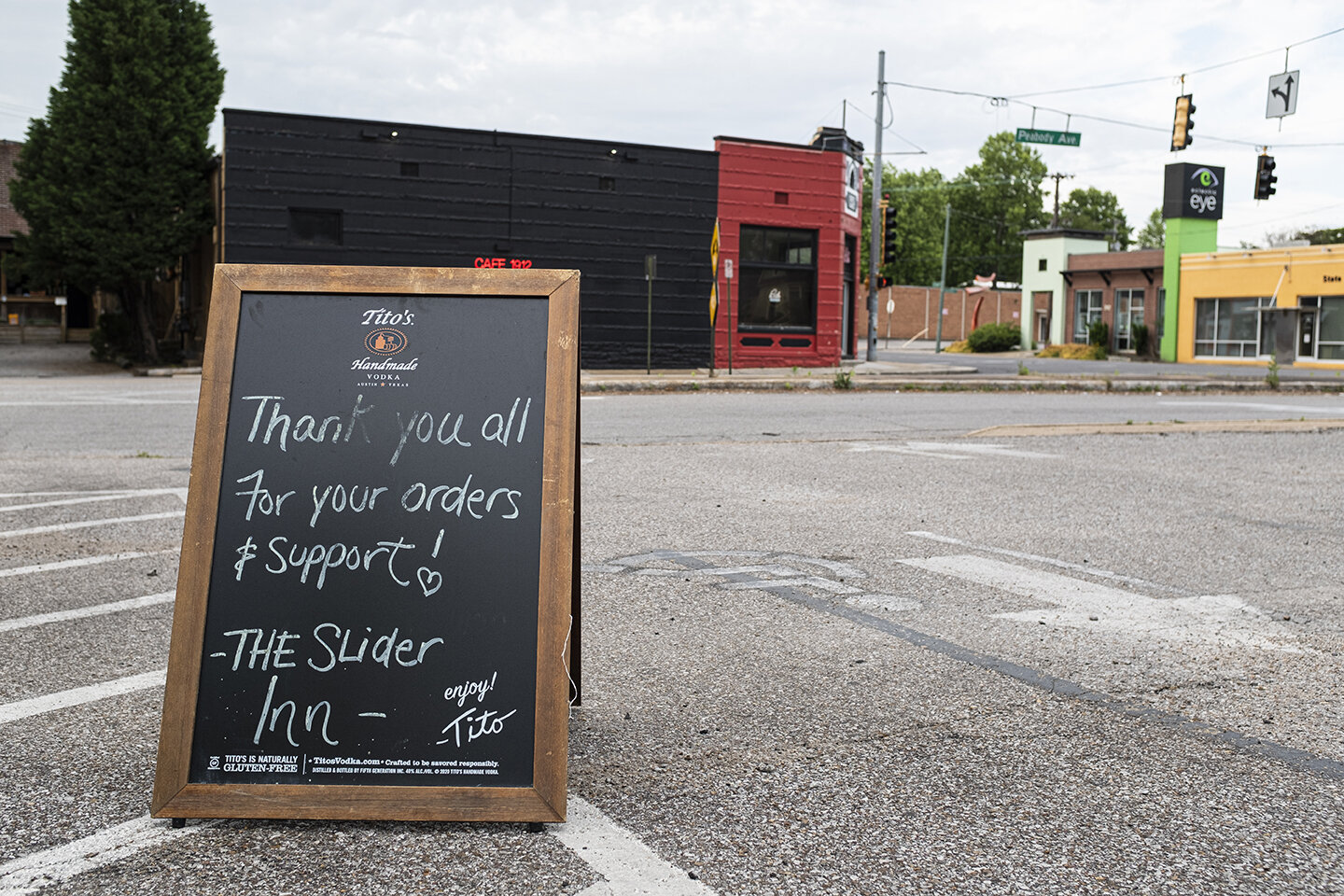 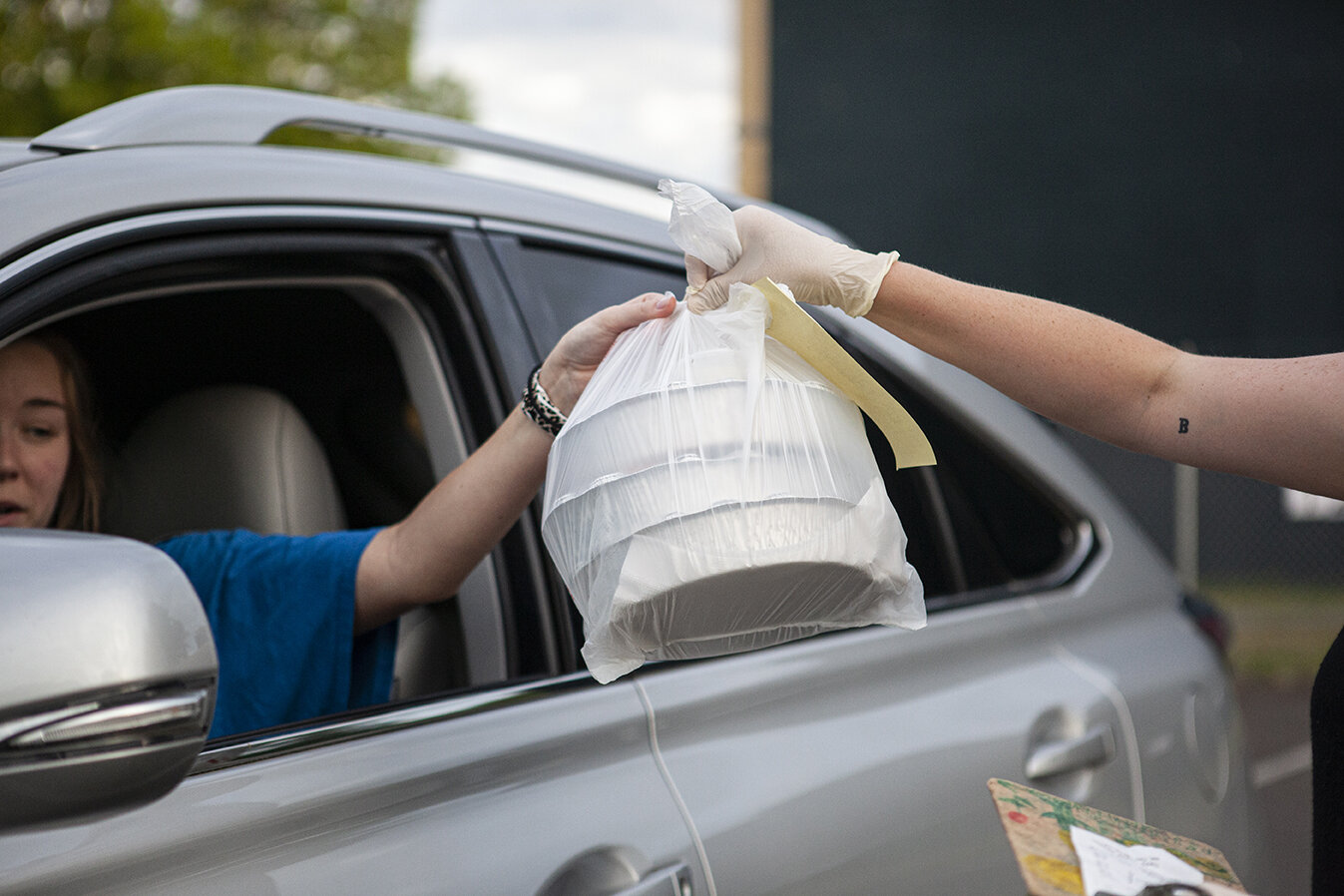 Traditionally, an establishment expects to earn about 30 percent of its revenue through the sale of alcohol.

With most dining rooms shuttered or open only to limited patrons due to COVID-19, the state of Tennessee has relaxed restrictions relating to the sale of alcohol. With the implementation of Executive Order 17, set to expire on May 29, 2020, restaurants are allowed to sell beer, wine, and cocktails for delivery and consumption away from their individual establishments, known in the industry as “off premise.” According to statistics from Rally for Restaurants, the economic impact of COVID-19 on Tennessee’s restaurant industry, as of April 30, 2020, has resulted in revenues that are down 60 percent from 2019 figures. 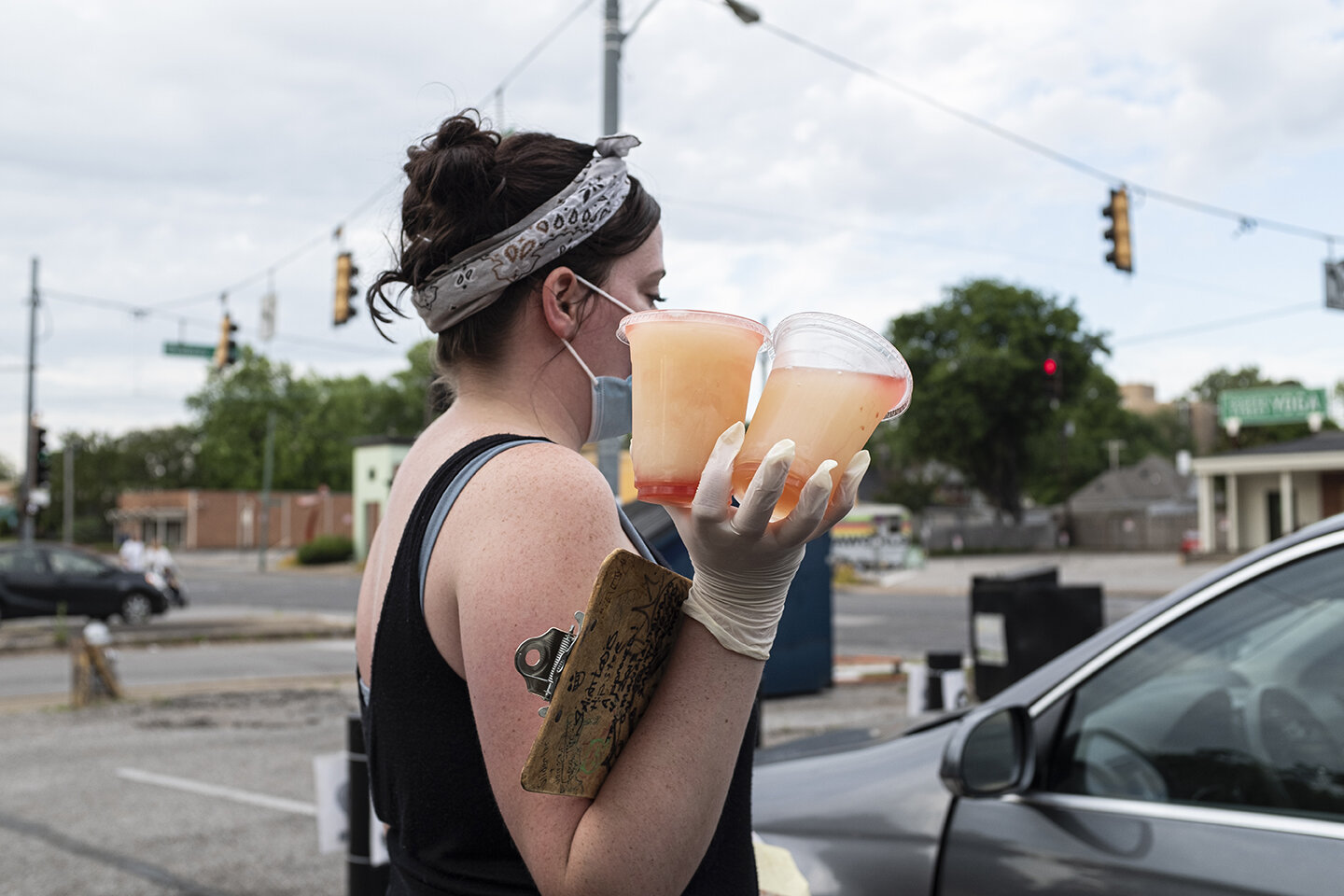 This easing of the rules has opened the door for many businesses to prop themselves up amid profitability shortfalls and has led to much innovation in the packaging and selling of alcoholic beverages.

Whether there will be an extension of these rules remains to be seen, but, if they are extended, it will be at the discretion of the governor. Another concern for state and local authorities is the perceived increase of DUIs and related instances, but the data suggests that states like Louisiana and Tennessee have had similar numbers over the last several years. DUIs as a whole have been decreasing in the United States for the last 10 years. 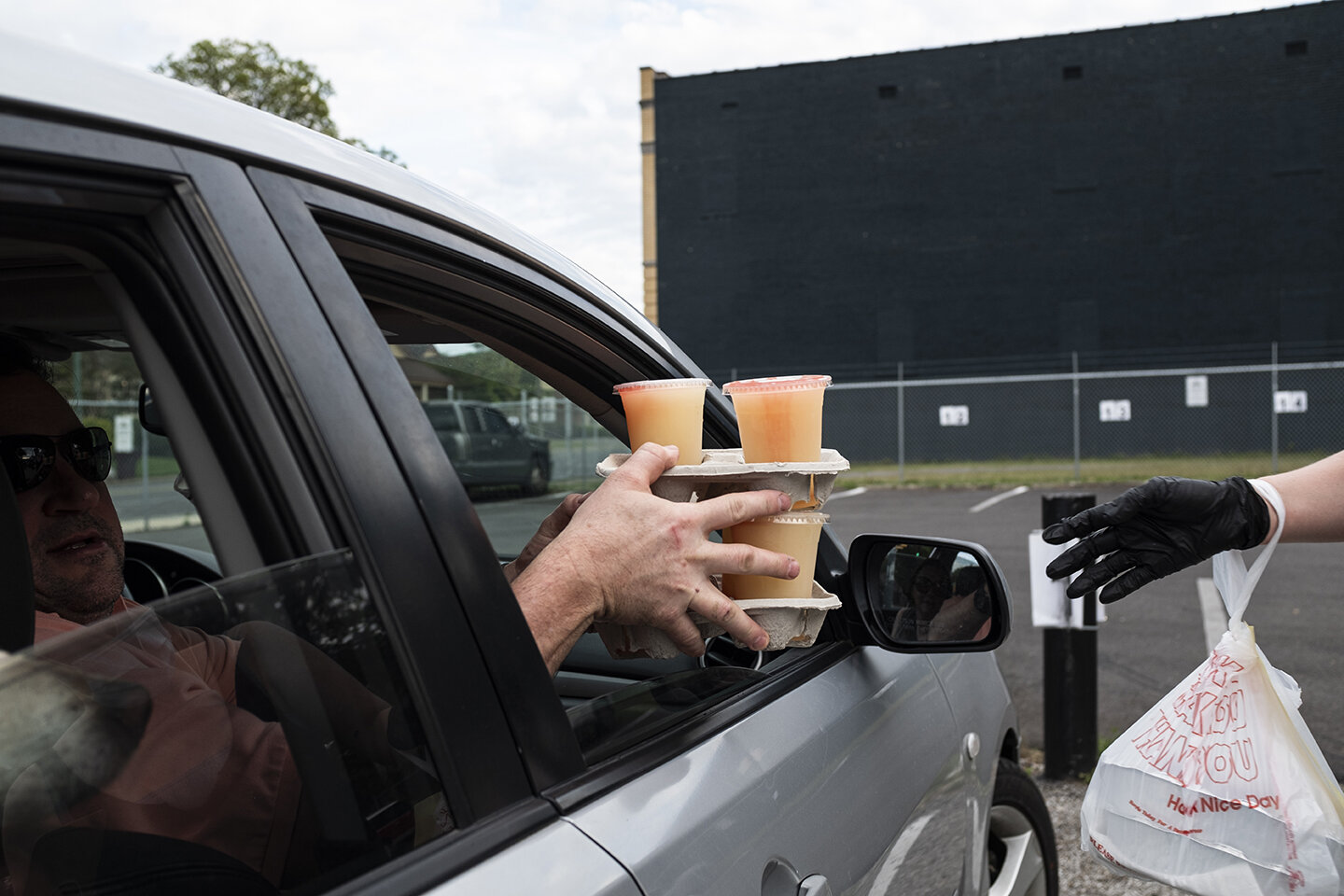 While the Tennessee Alcoholic Beverage Commission has established guidelines stemming from Executive Order 17, some gray areas in those regulations have caused the interruption of business by proprietors such as the nascent delivery service Thunder Road, run by longtime Memphis bartenders David Parks and Jef Hicks. Other places, like Slider Inn, have seen some short-term success with the popularity of their famous Jameson Slushies. On busier days, they have sold as many as 250 of the popular concoction. Tara Bolton, general manager of Slider Inn, says that alcohol sales have accounted for a little more than half of their daily business since the new rules took effect. 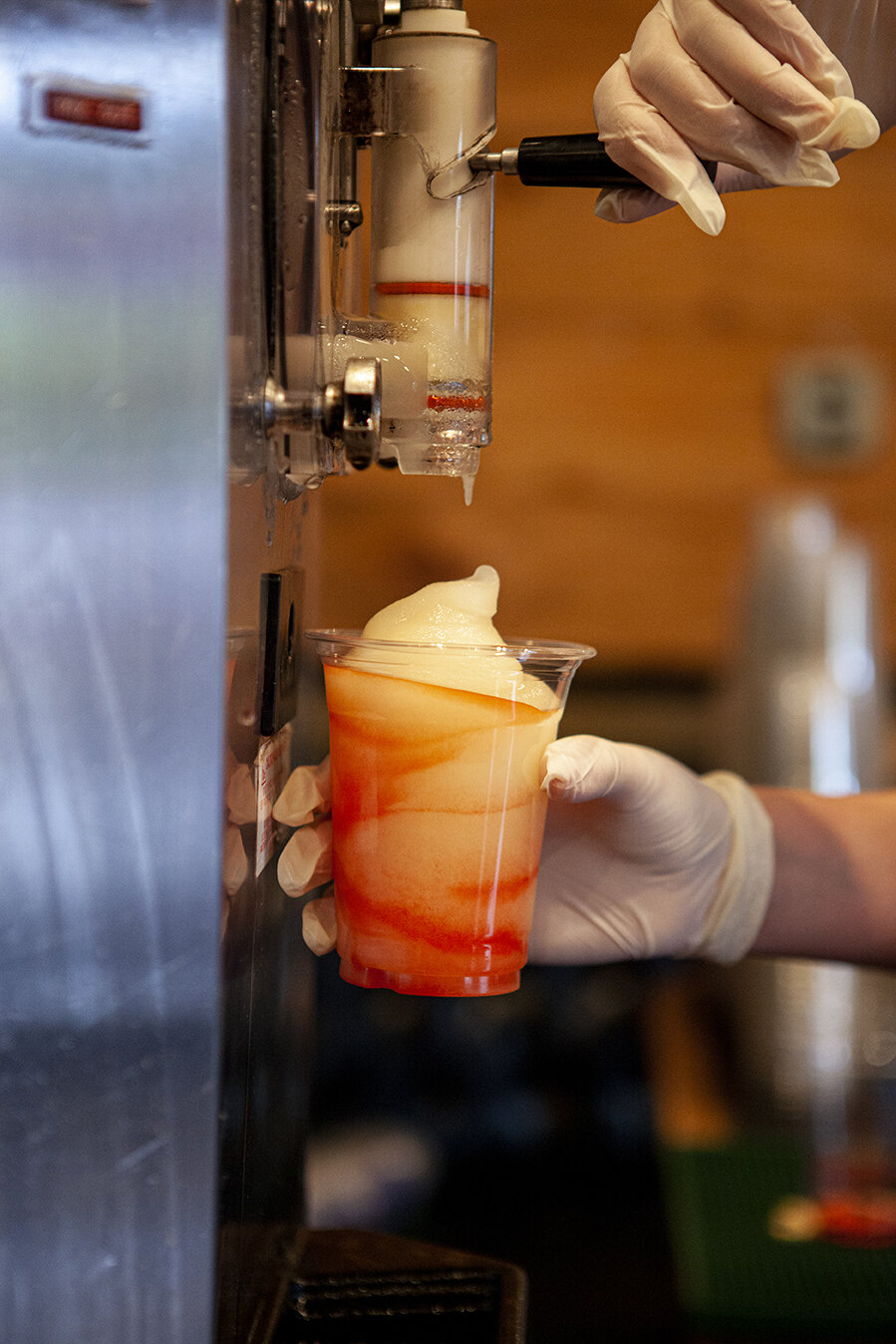 She even credits the ability to sell prepared drinks to go as being the sole reason they were allowed to keep as many employees on the payroll during the shutdown.

An informal poll of a few other managers at local, independently owned restaurants suggests that to-go sales and delivery of alcoholic beverages (along with food) have buoyed their flagging inside sales by as much as 50 percent. This is substantial and has been a source of salvation in these desperate times. 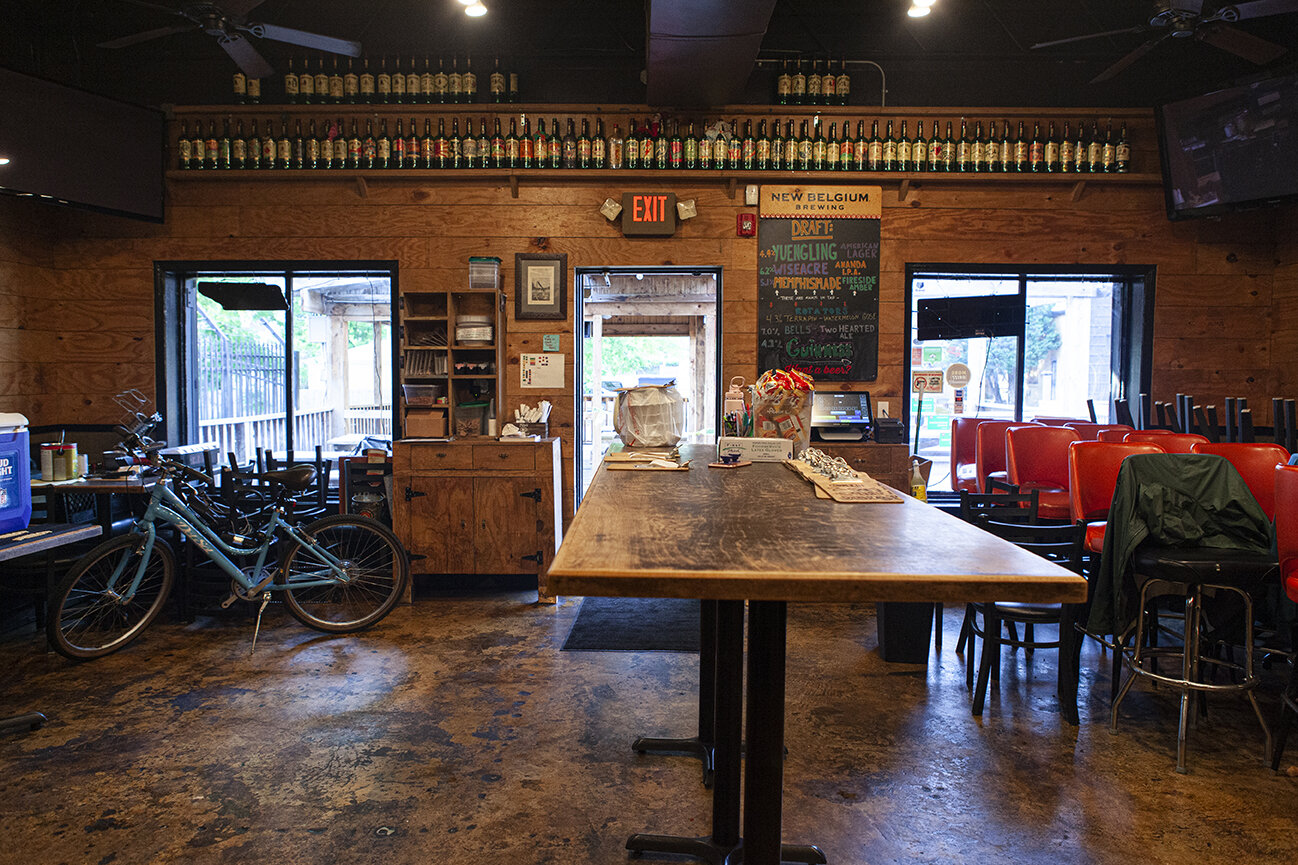 Grassroots campaigns are beginning in Tennessee and other states to extend the current model in perpetuity, albeit with some concessions.

Florida and Texas have also begun petitioning state legislatures to modify current alcohol laws to concede to-go alcohol sales forever. Jake Smith, founder of the Drinks To-Go Forever in TN Facebook group, believes to-go alcohol sales are the future of restaurants in Tennessee—and the United States as a whole—and every effort should be made to find new ways to help keep these businesses profitable and adaptable for the future. 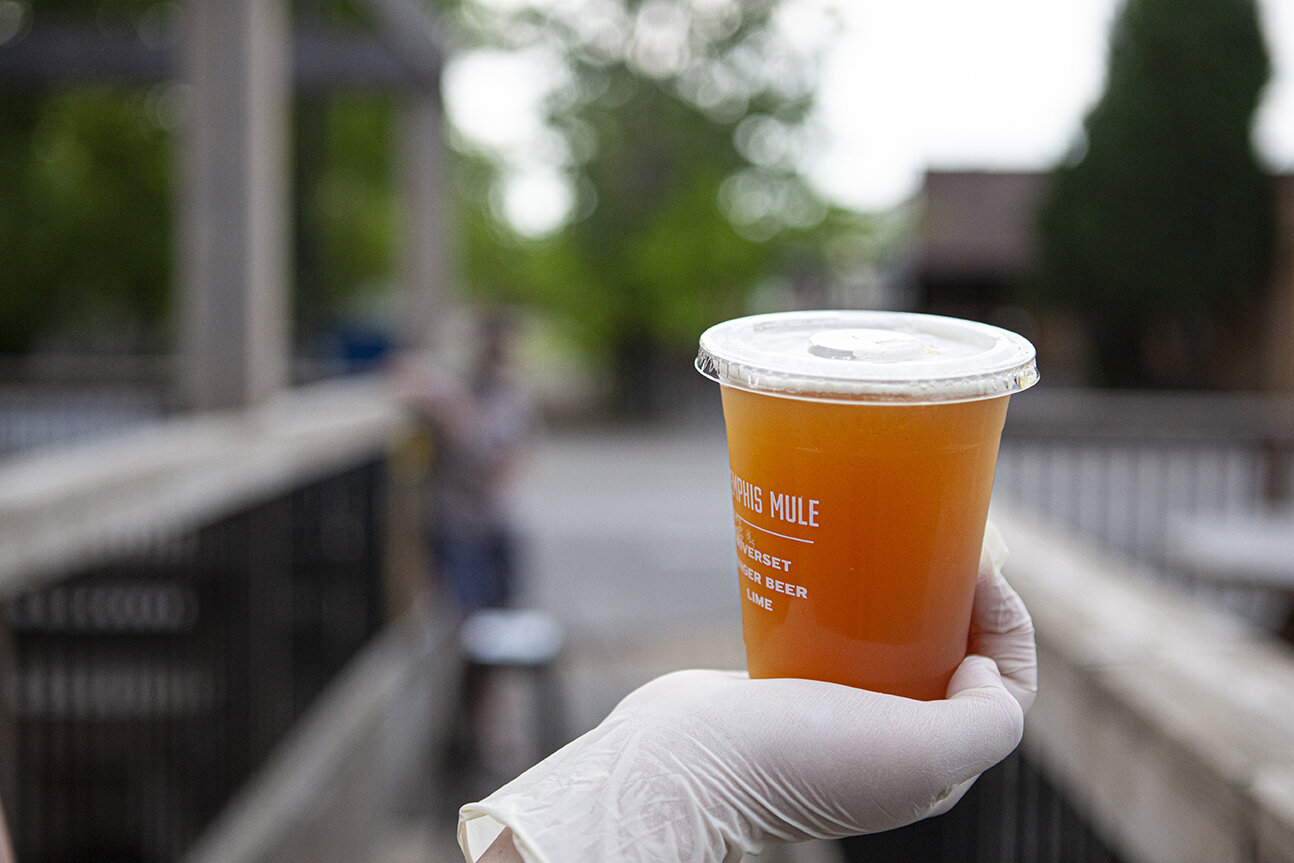 Our favorite restaurants and bars are what make our neighborhoods and cities vibrant and exciting places to live and work and raise families. 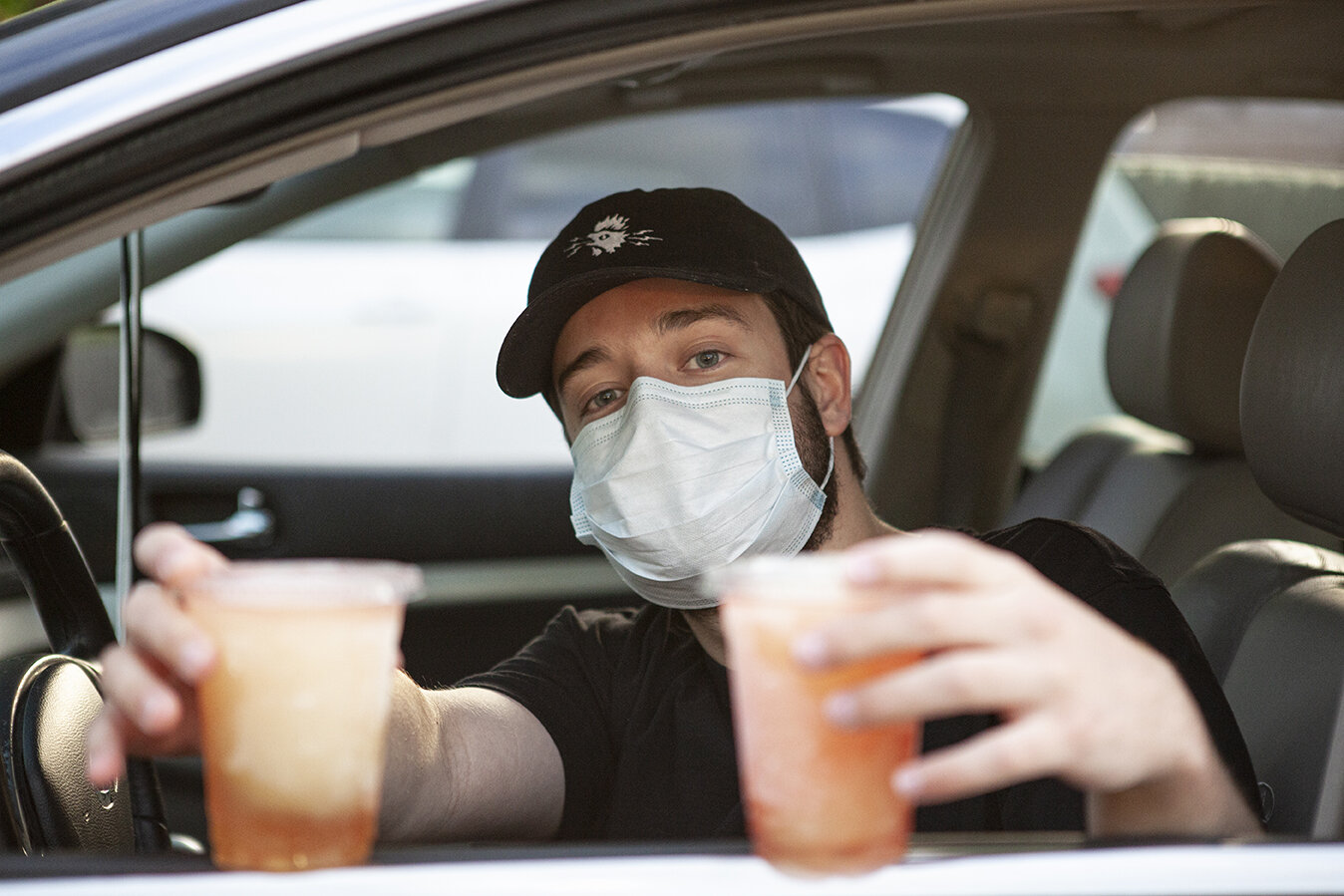 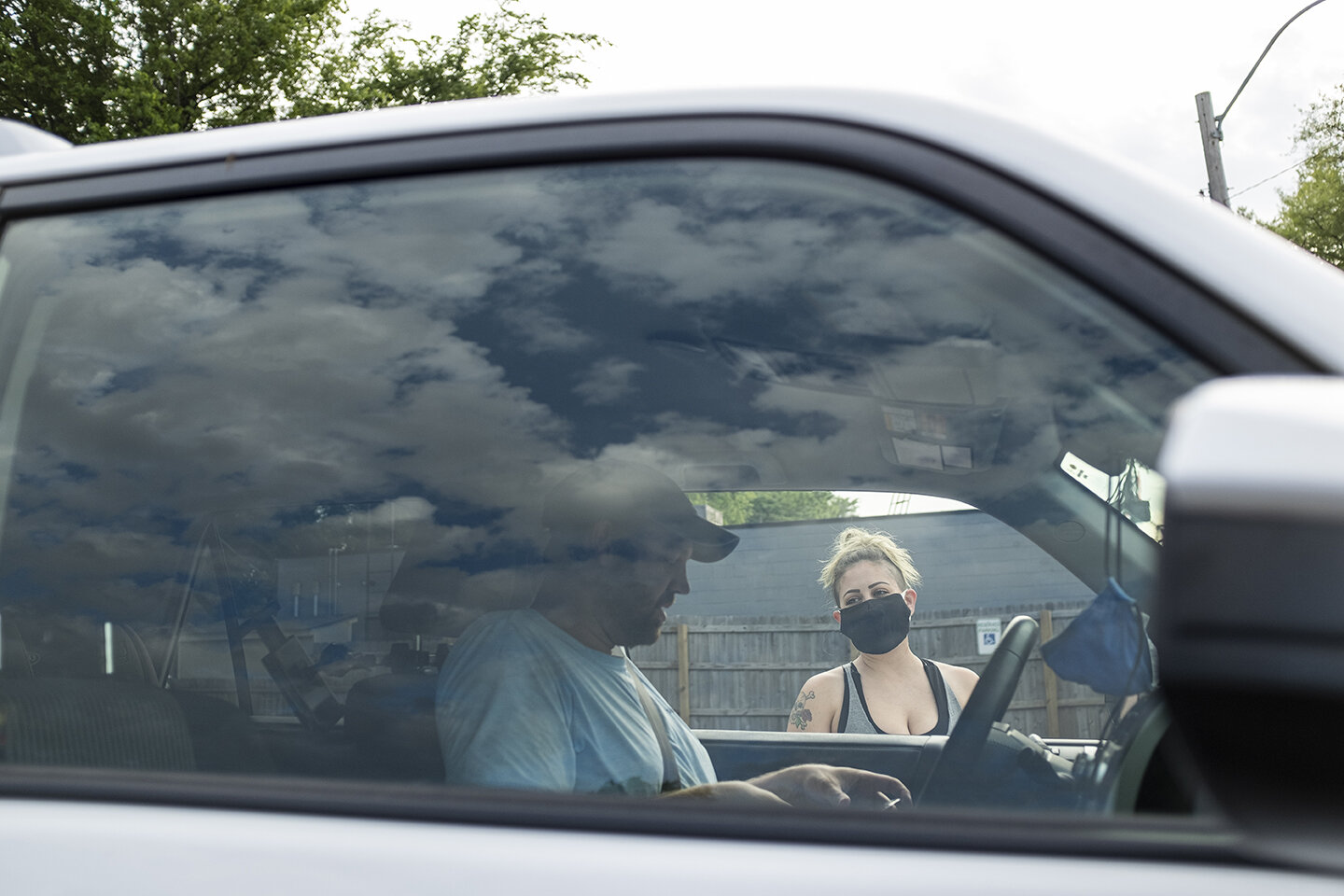 They are our meeting places, informal offices, hangouts, and recurring destinations for celebrations, memorials, or just a night out. They are in trouble, and we should explore every avenue and possibility that ensures their survival, even if we can’t meet them face to face.

Something to Bark About