0 0
Changing the face of pie forever 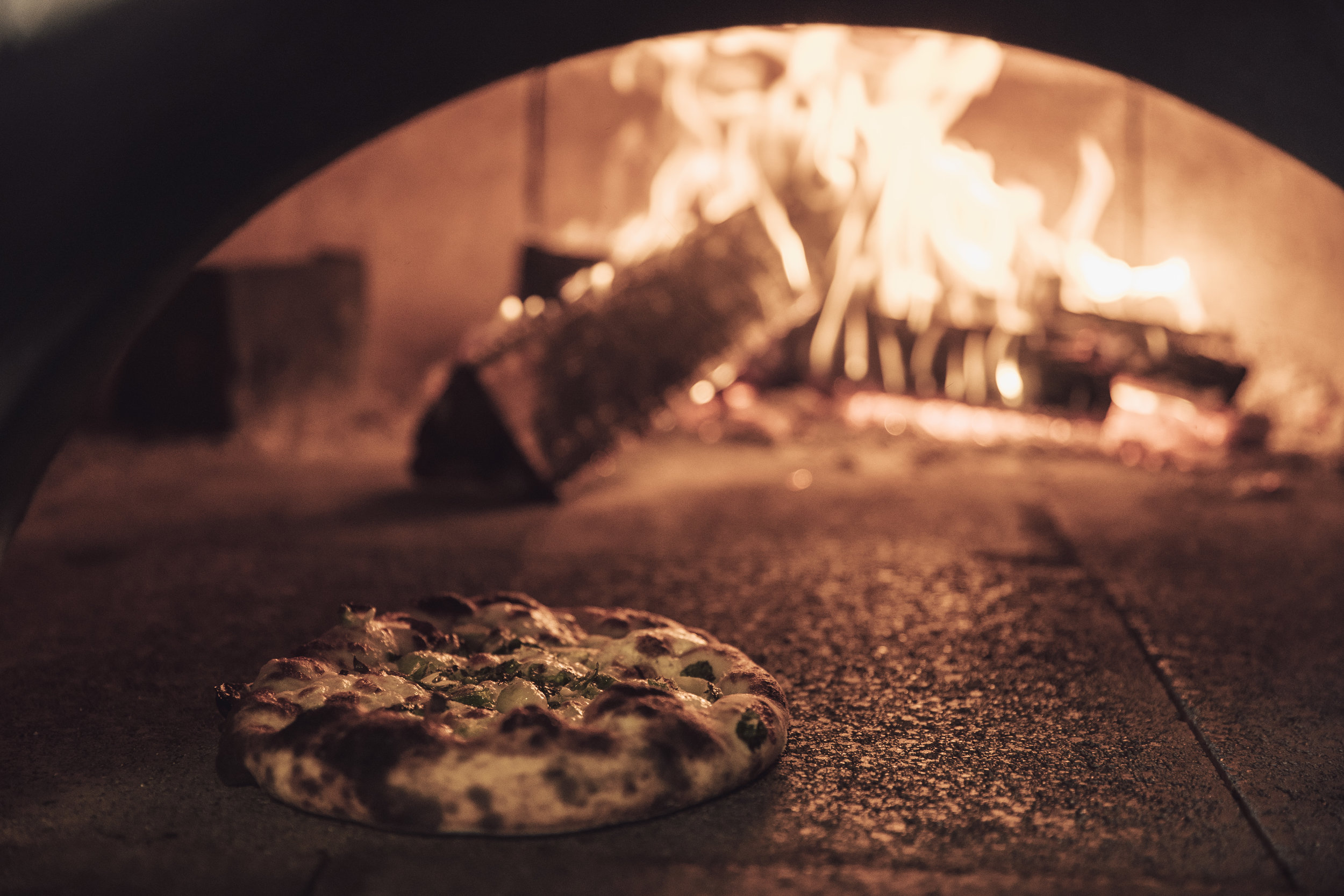 He will literally try anything. Seriously, try him. You may know Don from his days slinging vegan baked goods and vegan mozzarella at the Cooper-Young Community Farmers Market, but when Don posted up at Fuel Café on Madison Avenue in April, he really got his name out there. 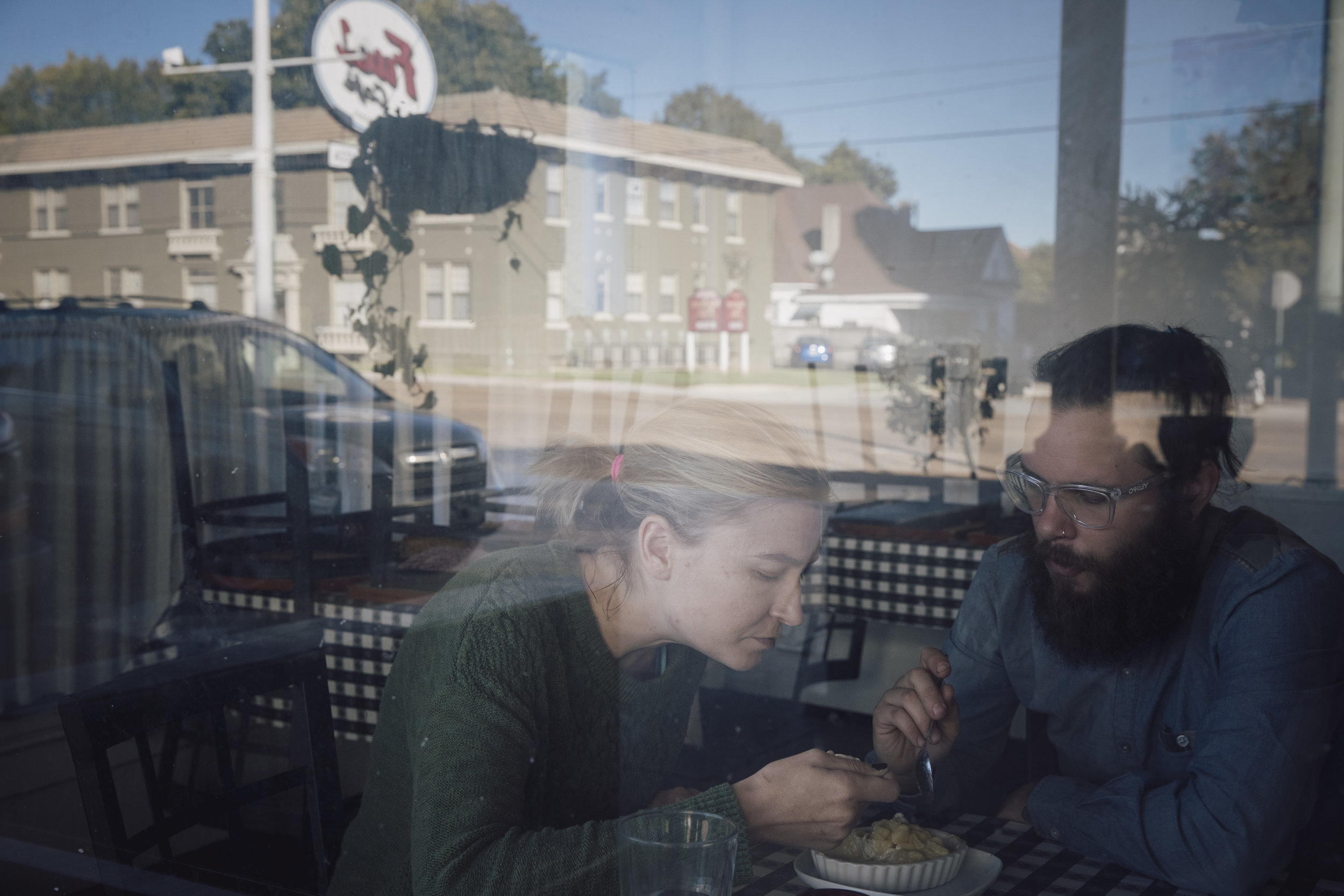 “Partnering with Fuel was perfect timing and a great fit. Erik Proveaux, owner of Fuel, wanted to do something different and I wanted the opportunity to start my own thing,” said Don.

Have you seen the sign jutting out onto Madison Avenue that reads “Weird Pizza”? That’s Don. Don’t be confused by the name, though. Fuel is Fuel and Don’s radical pizza is a part of Fuel.

Weird Pizza is more of a message than a brand. 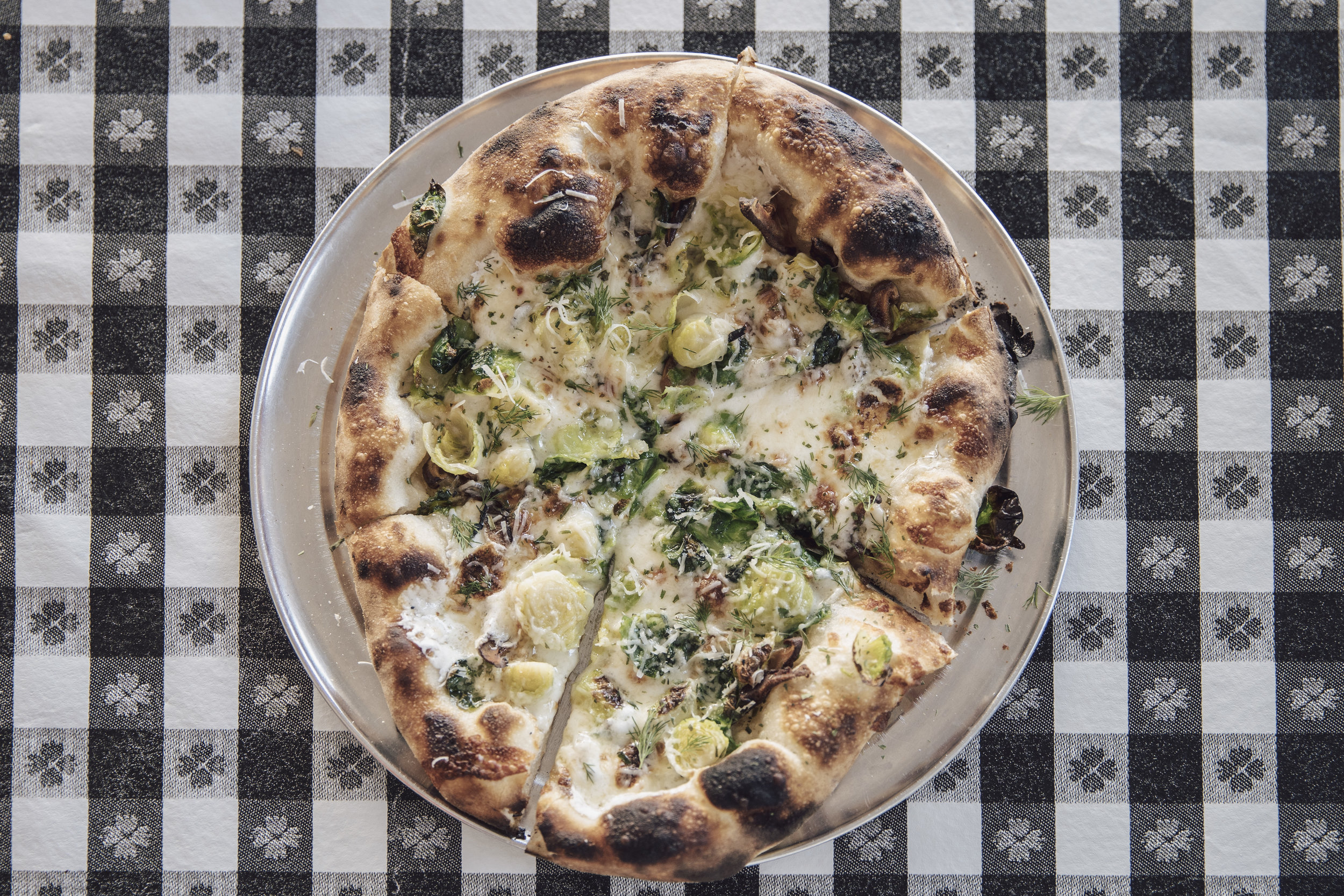 “Weird Pizza was intended to convey that anything goes, that we aren’t beholden to any style,” Don said.

Originally from Ripley, Tennessee, Don moved to Memphis nearly four years ago with his wife, Kenzie.

They almost left, but thankfully for us, Memphis has a way of digging in and getting in your blood and soul. 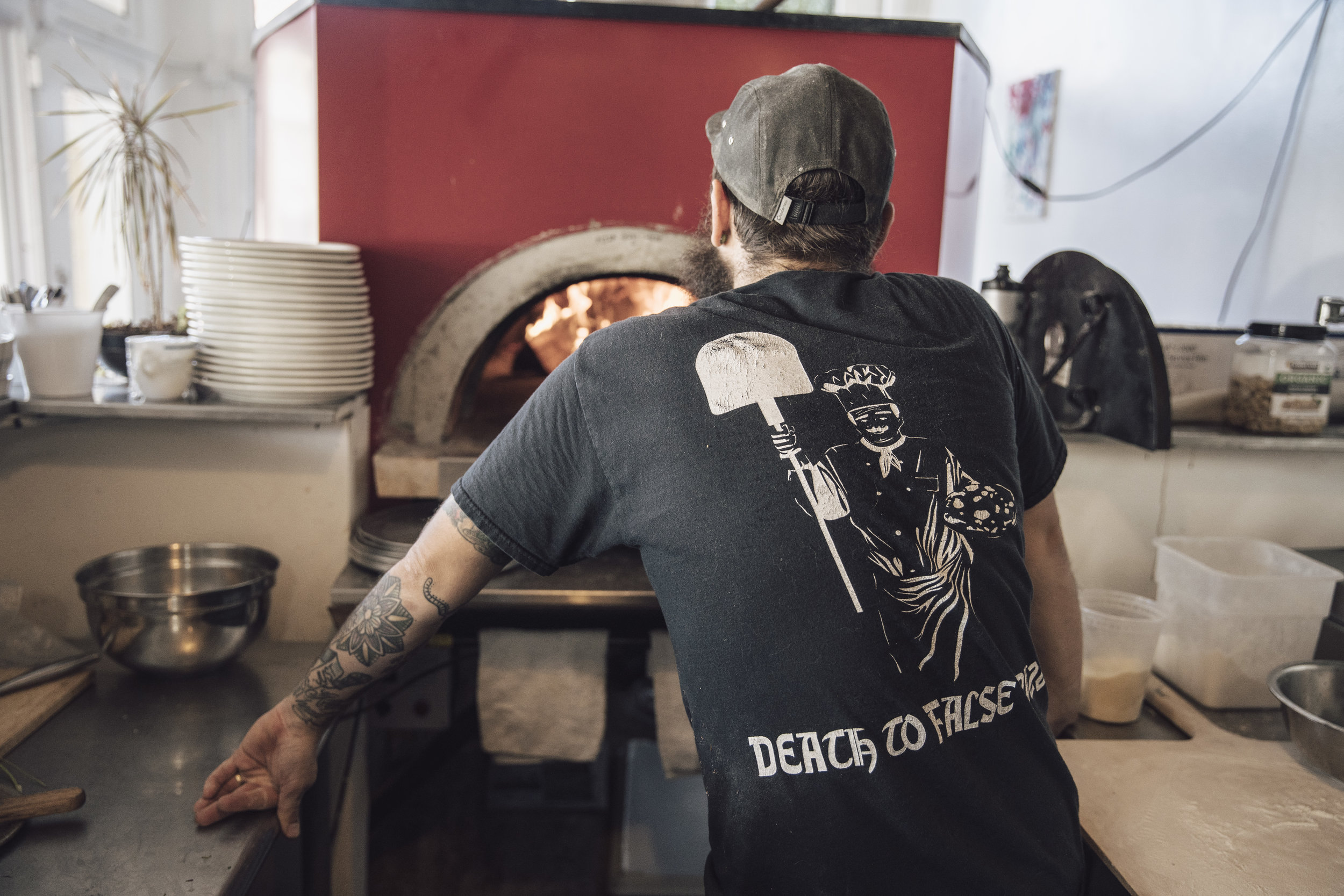 “I was working a ton, and Kenzie and I barely saw each other. It wasn’t until we met some folks in our neighborhood that the city truly revealed itself and convinced us to stay,” said Don.

They both are committed vegans, principled in animal ethics.

Don is a former employee of People for the Ethical Treatment of Animals (PETA), and continues to do freelance web development for them. In fact, PETA is where Don and Kenzie met and started their relationship. (Kenzie continues to work remotely for PETA.) 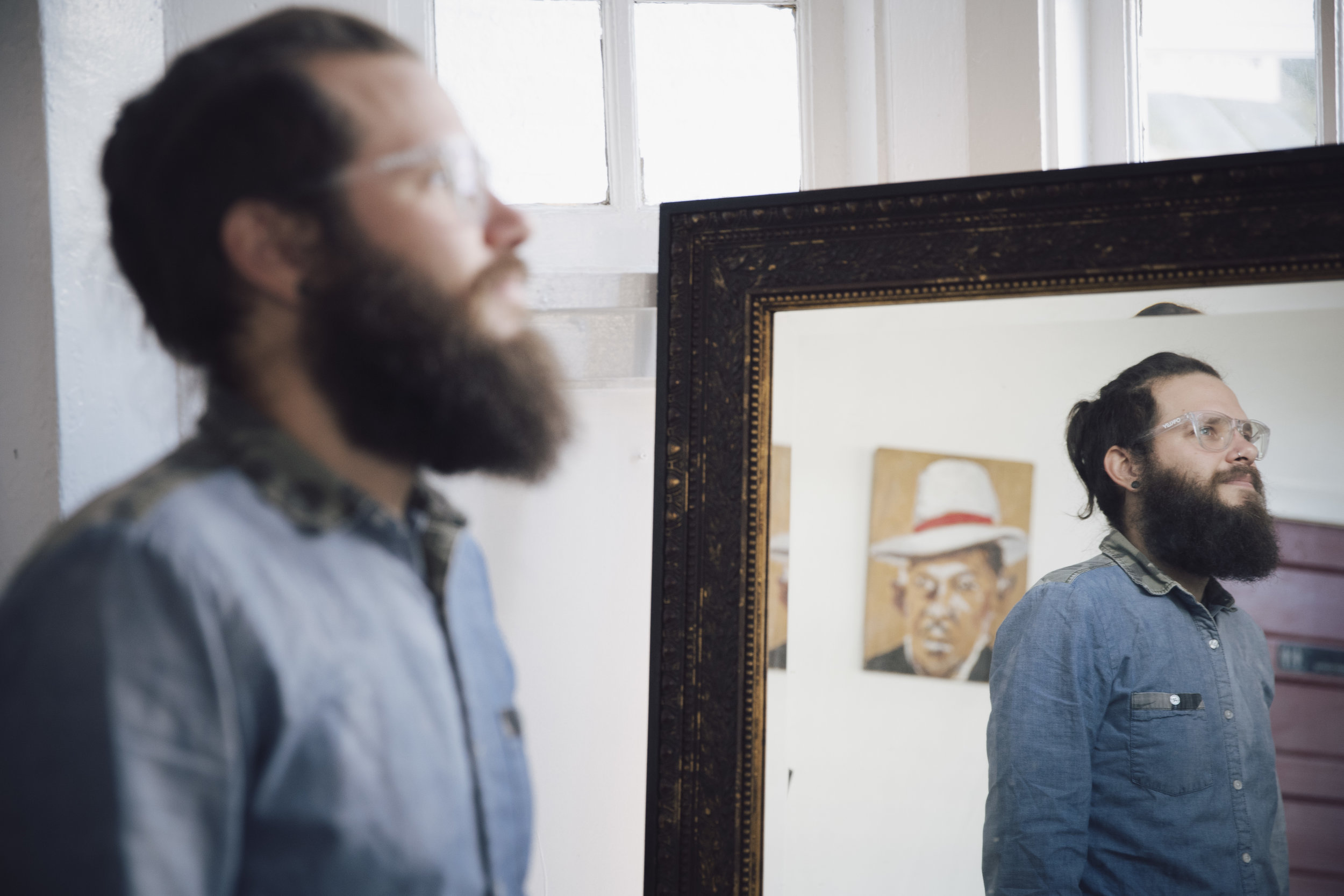 Don found his way to PETA when he was working at an ad agency in Little Rock. One of the agency’s clients was Tyson Chicken, a business he hated representing. “I wanted to work somewhere that shared my values so I searched the PETA website and found some web-related job openings there,” Don said.

His interest in a vegan lifestyle began as a student at Harding University in Searcy, Arkansas. “I started seeing the life of animals through a different lens after I read Eating Animals by Jonathan Safran Foer,” he said.

“It taught me to live a principled lifestyle.”

He was a PETA eyewitness to how sheep are violently beaten and killed for their wool and recorded an episode of PETA Reveals, where he discusses how it changed his life forever.

Don has been vegan for eight years and was vegetarian for four years before that. He cooks strictly vegan when he’s not at Fuel.

“You would think it would be hard to be vegan in the South, but it’s actually not,” said Don.

“I started cooking with lentils and grew my recipes from there.” 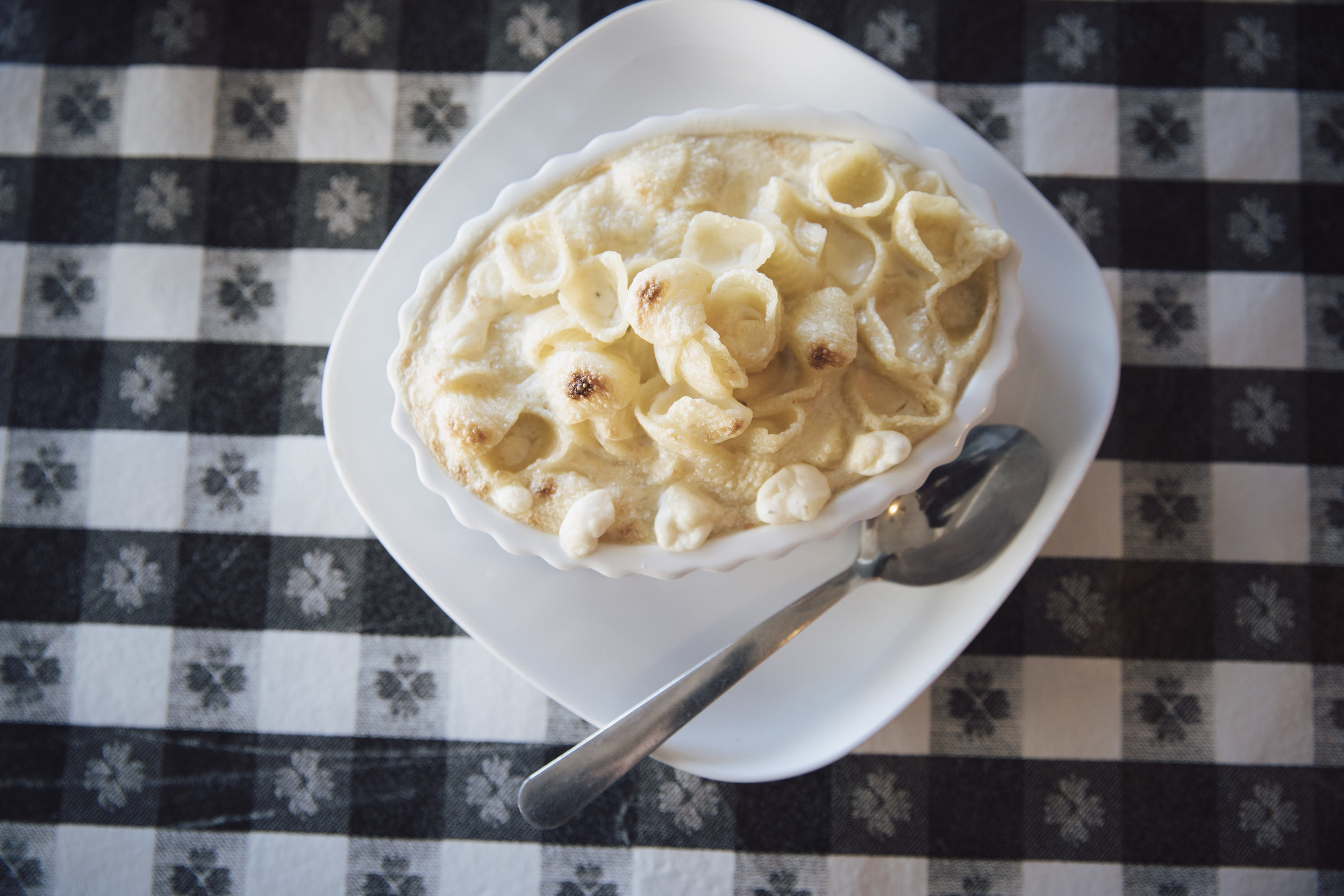 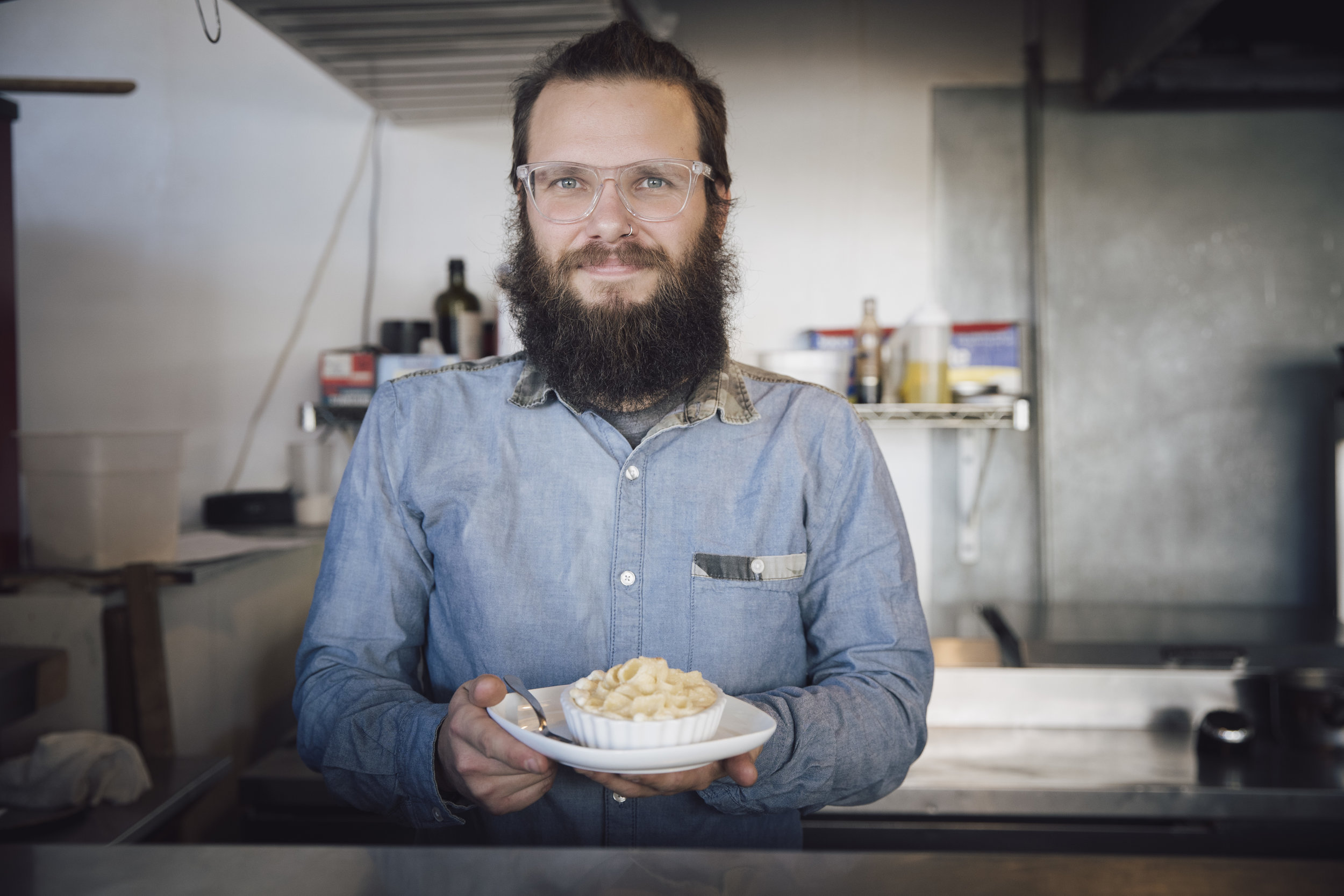 As for comfort food at home, Don loves cooking cashew alfredo with blackened tofu. He frequently creates dishes around his famous vegan mozzarella made of soaked cashews blended with salt, water and coconut oil.

“Memphis is on the cusp of a food movement. I see the potential for more plant-based options,” Don added.

Don is very open minded and experimental, especially when it comes to gardening. His main focus is permaculture design. The permaculture garden is not just an organic garden; it’s an energy-efficient and collaborative design that impacts the surrounding environment. 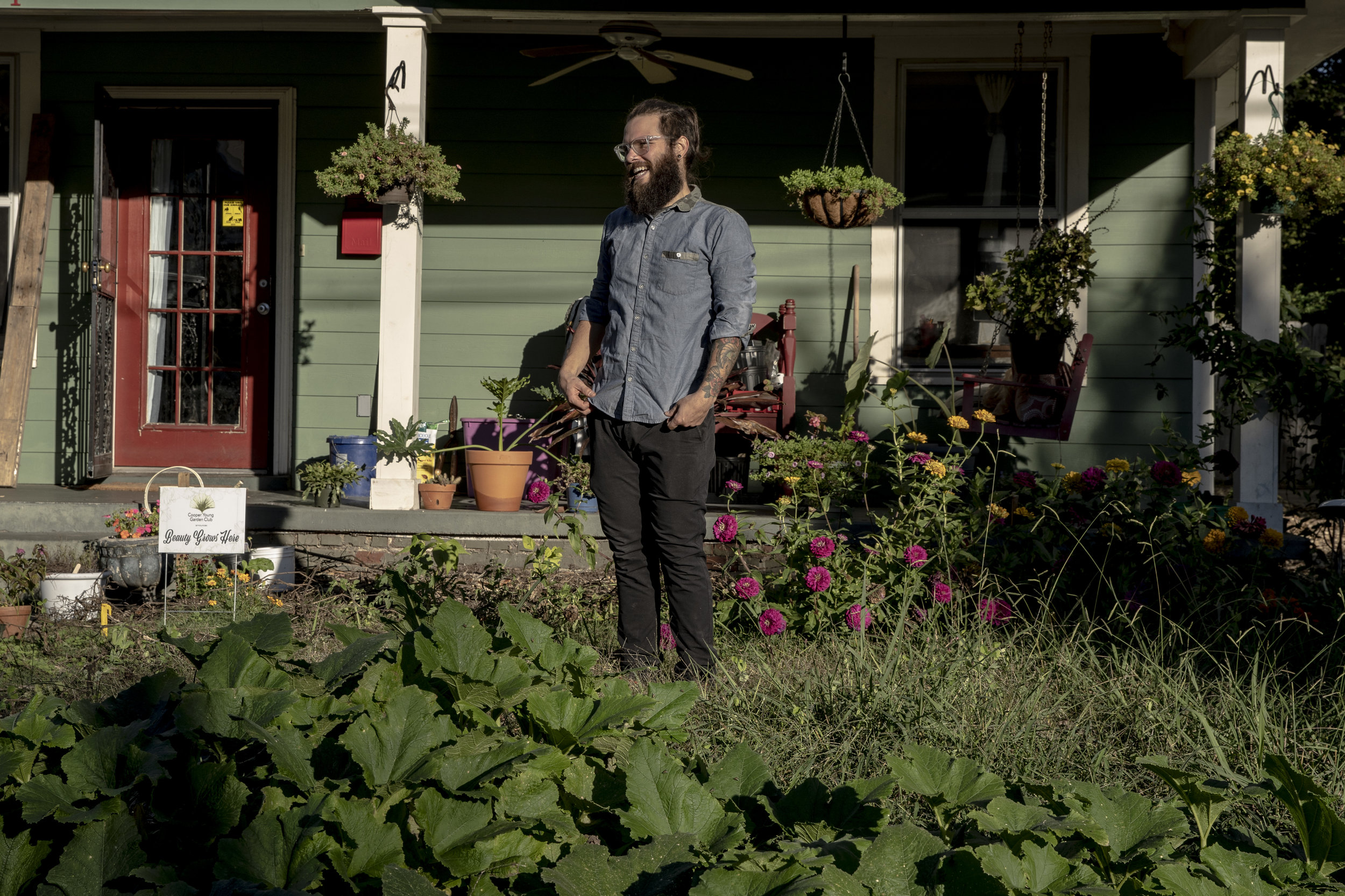 “Right now [September/October] it’s wild. The watermelons and corn are going strong, and of course we have our fair share of tomatoes,” Don said. “Kenzie’s flowers are also blooming like crazy. She’s growing everything from zinnias to goldenrod to all kinds of herbs and spices.”

The plan is to build a greenhouse and grow citrus trees, annuals and avocados—items Don can use at home and in his monthly pop-up brunches. 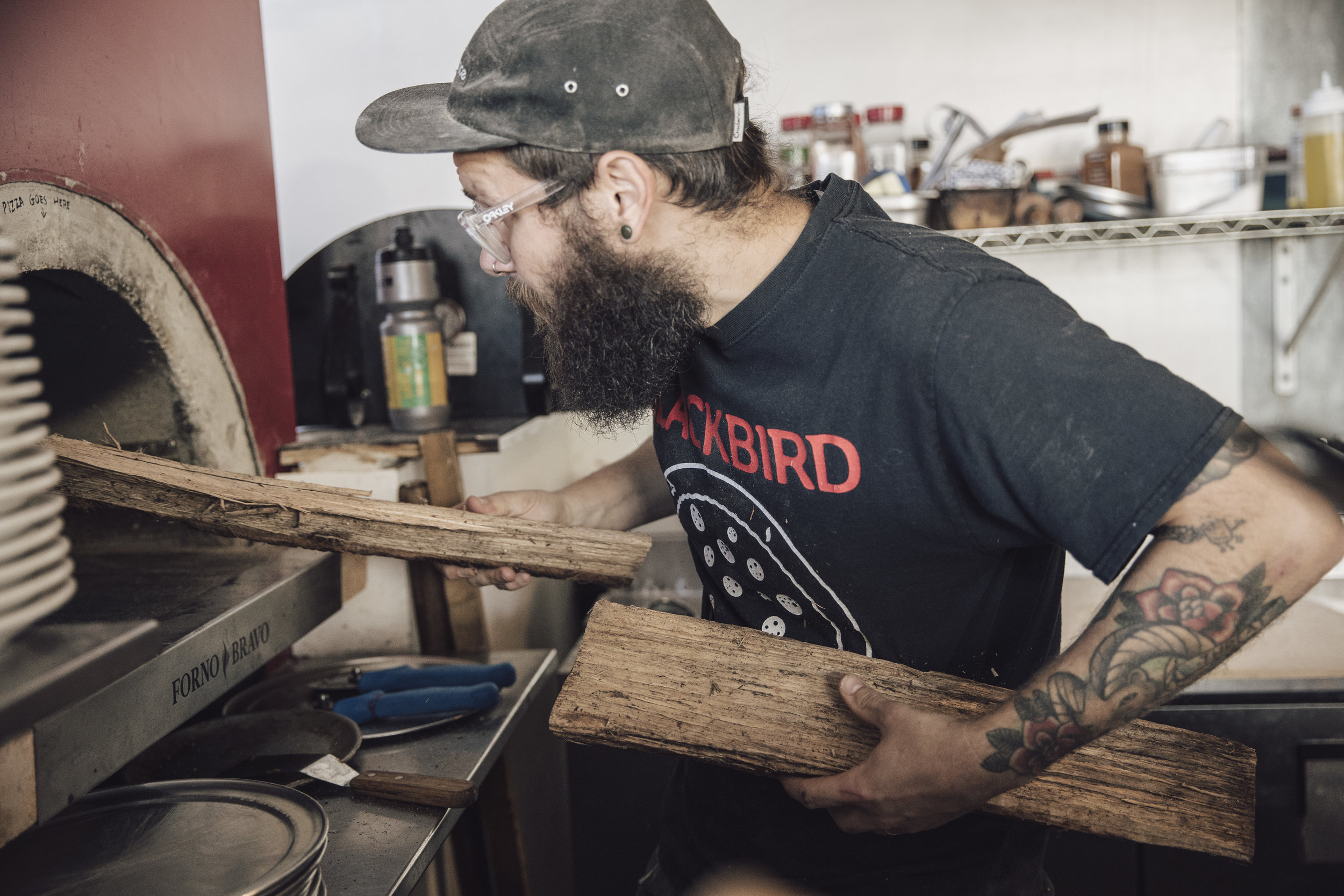 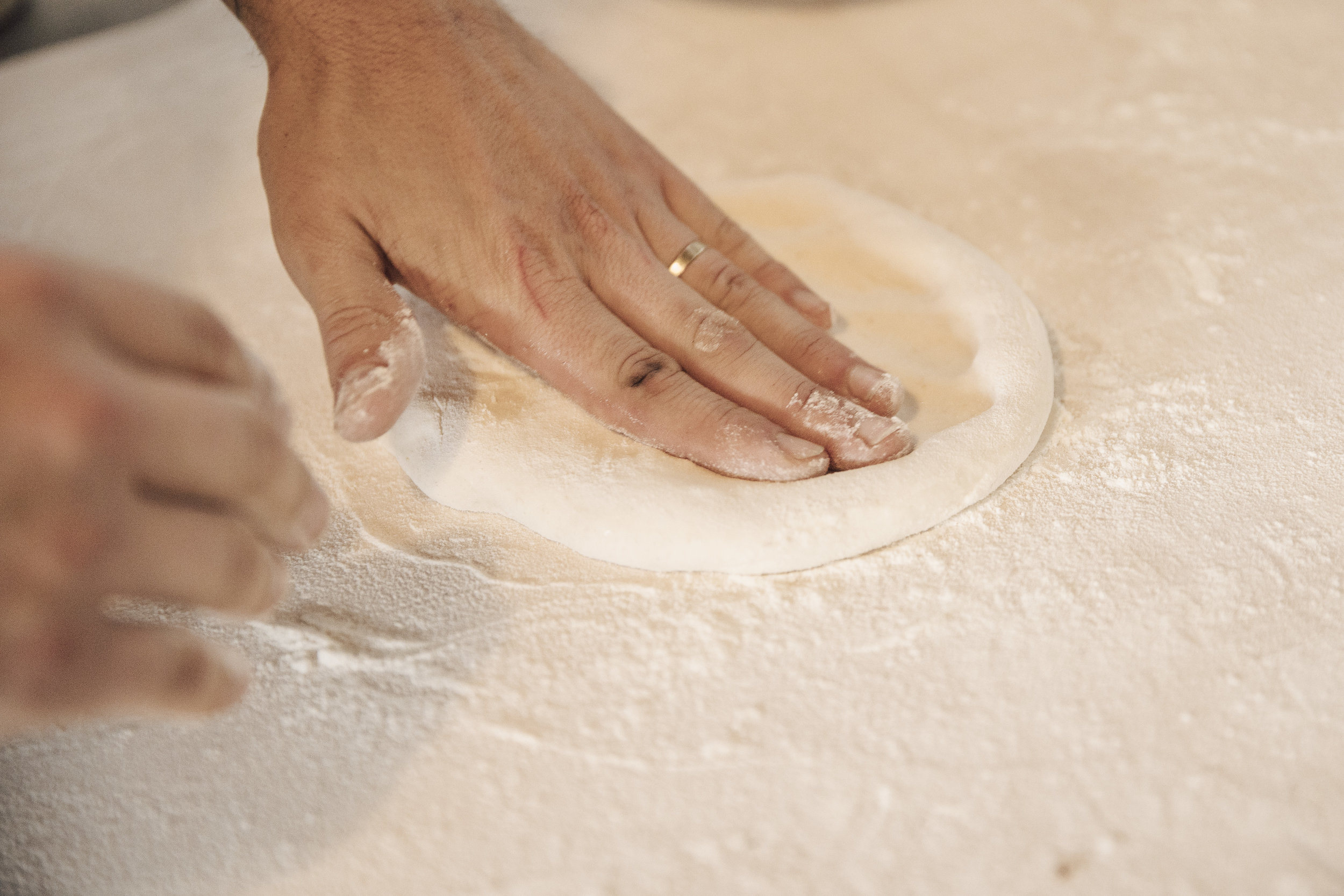 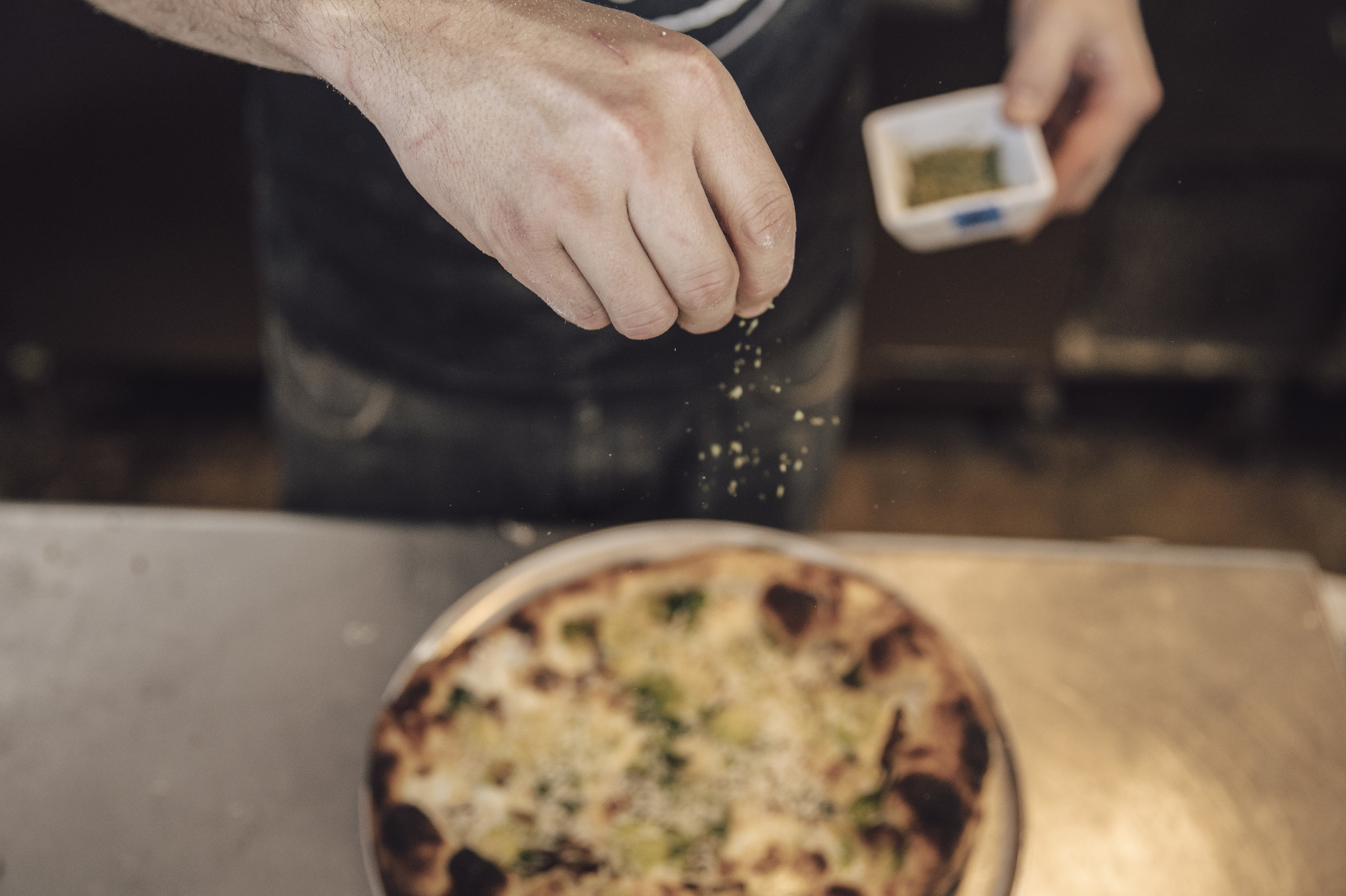 Don has been hosting monthly vegan pop-up Sunday brunches called LuLu’s at Fuel since August. Menu items change from month to month and generally have a theme. (Past themes included bread, biscuits and new world foods.)

As for Fuel, despite winning the Best Vegetarian Restaurant in the Memphis Flyer’s Best of Memphis awards this year, Erik made the tough decision to close the restaurant after eight years in order to spend more time with his growing family. (Fuel will be open daily from 11 a.m. to 9 p.m. through Saturday, December 22, 2018, for those wanting one last taste.)

But it’s not all bad news. Erik is keeping the food trucks going and plans to let Don and others hold pop-ups and other events in the restaurant space. Don is aiming to throw a pop-up on New Year’s Day to accommodate hangovers, to make brunches more frequent, and to add a regular Friday night dinner. “Hopefully I can use the Fuel space to produce more stuff I wasn’t able to make before,” he said. 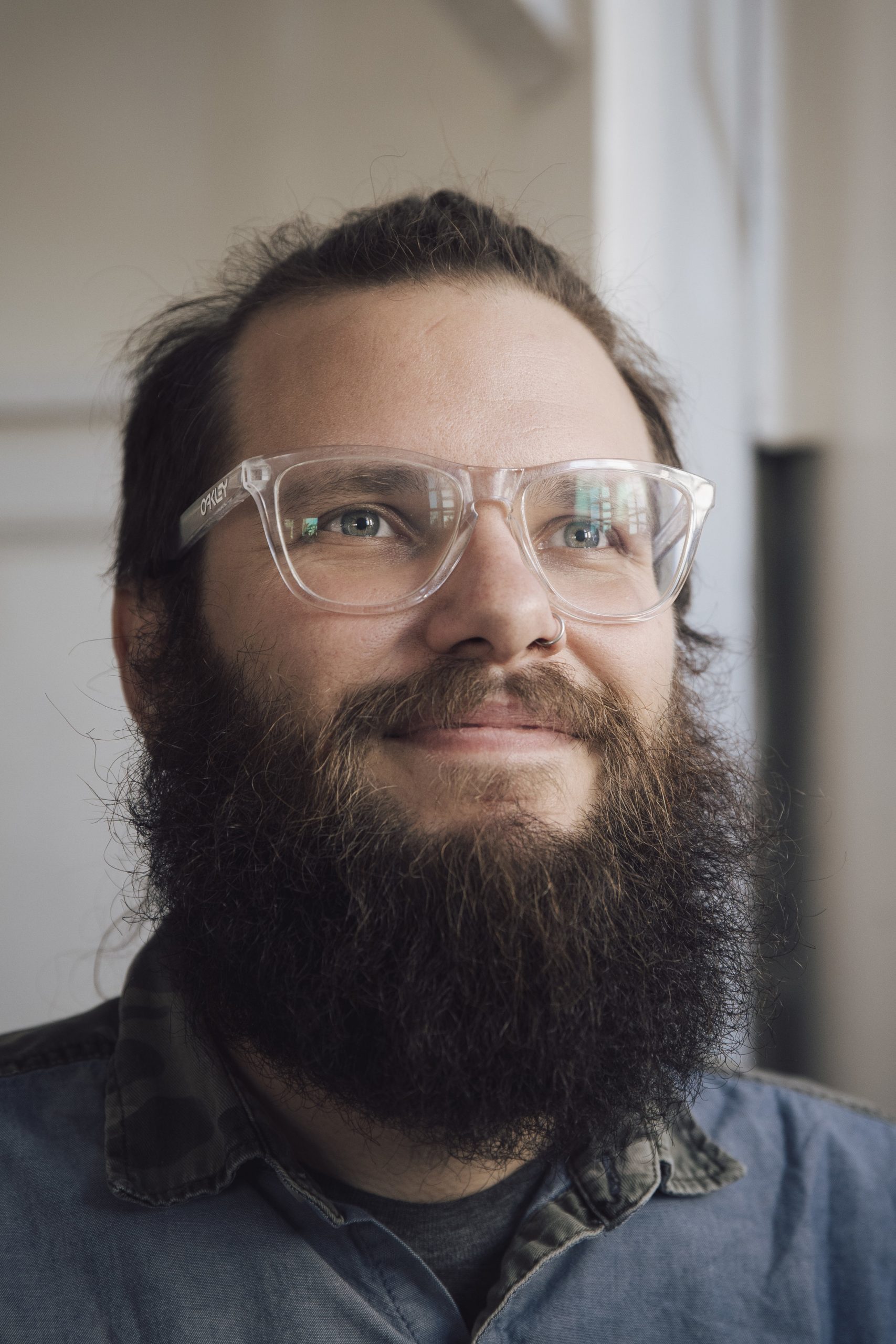 You can find Lulu’s at the 2019 Craft Food and Wine Festival on June 23rd. Buy your tickets here.

Keep up with Fuel (@fuelmemphis) and Don (@thatvegandude) by following them on Instagram.