Inspired by the patron saint of cooks, Tarasque Cucina has earned its loyal following 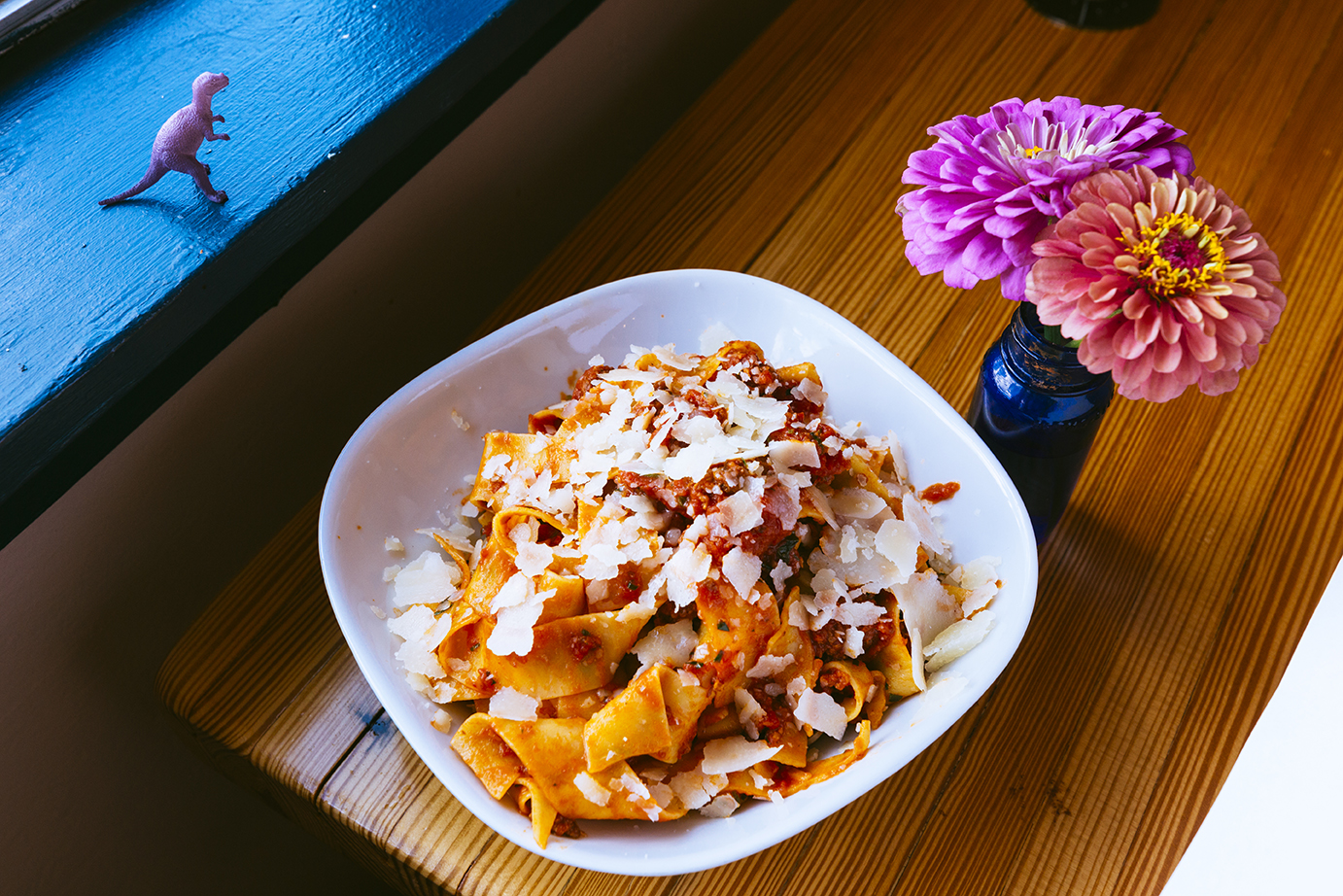 Oxonians and visitors to the city are accustomed to exceptional food, and expectations for restaurants run high. Tarasque Cucina, a scrappy new addition to the storied Oxford restaurant scene, is quietly building a reputation in keeping with the city’s culinary tradition of excellence. 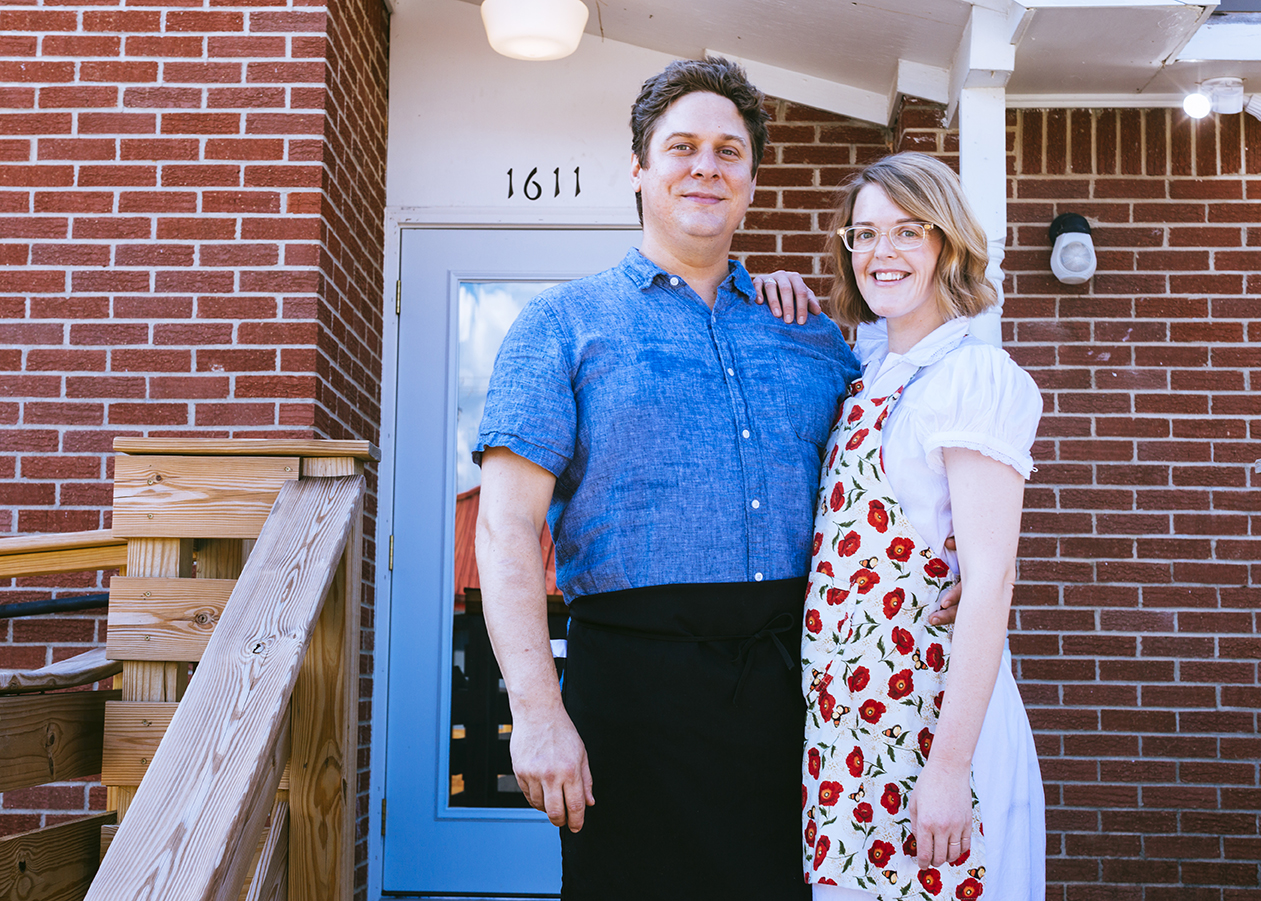 Located in an unassuming converted brick house on busy Jackson Avenue, Tarasque Cucina is owned and operated by husband-and-wife team John and Lauren Stokes. The restaurant gained a low-key cult following for its takeout service and chef’s tasting menus. The couple kept an eye on cost and developed the restaurant over time. This model proved a wise approach when loyal takeout customers lined up at the door for this summer’s addition of dine-in service.

If you are looking for lovingly prepared comfort food and a sense of welcome in Oxford, you will find it here.

There is a family feel to this place where regulars are often greeted with a heartfelt hug and gather ’round the tables fashioned from reclaimed bowling alley floors. 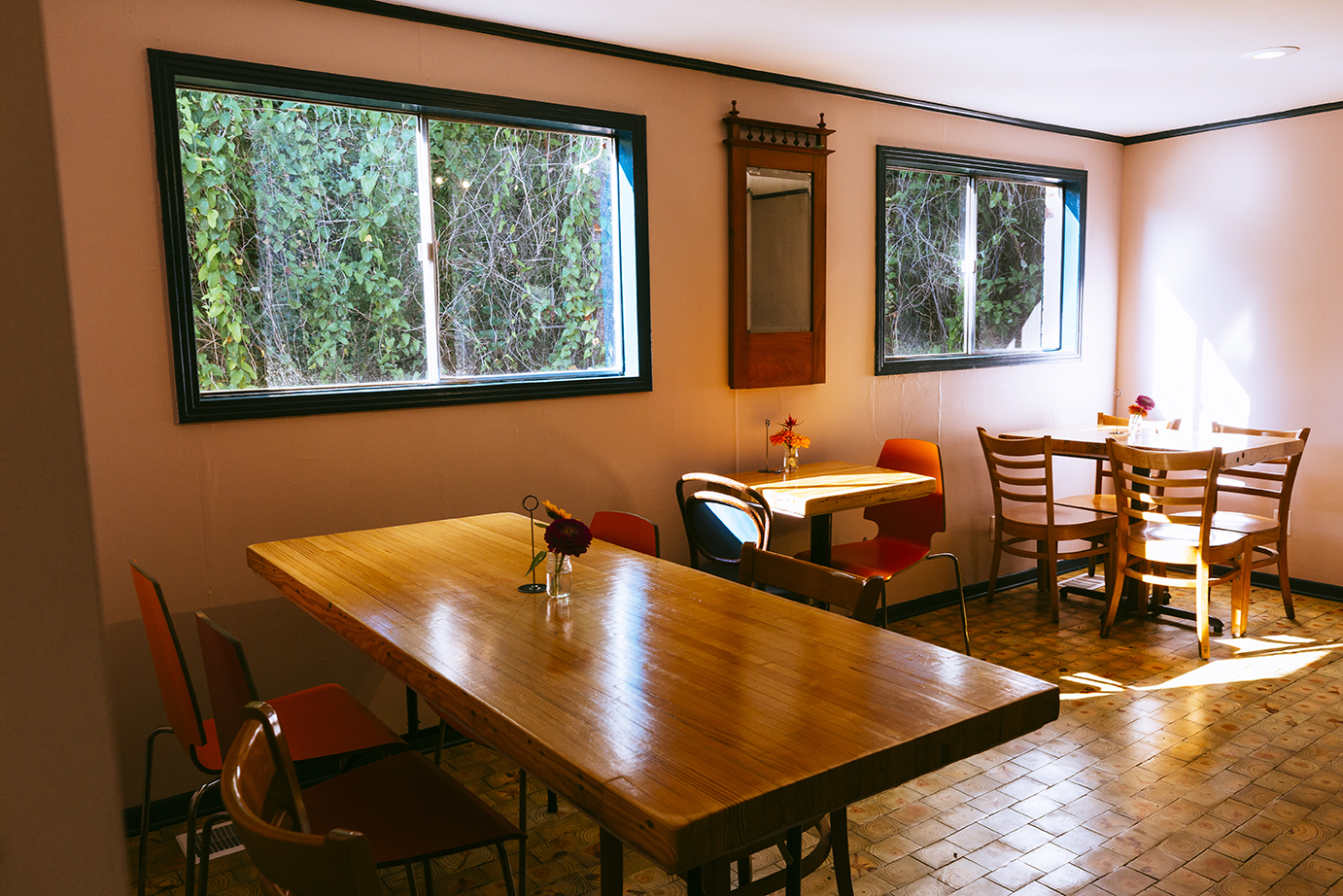 While John mans the kitchen and oversees the menu, Lauren runs the front of the house and helps manage Tarasque Cucina’s online presence. The couple met while they were students at the University of Mississippi, and then John travelled the country working for different chefs. To John, cooking is very much a craft, like carpentry, where the best way to learn is through the master craftsmen themselves. And although Lauren has personal reservations about social media, she recognizes its ubiquity and that, today, most people looking to discover new places to eat will look first on the Internet. 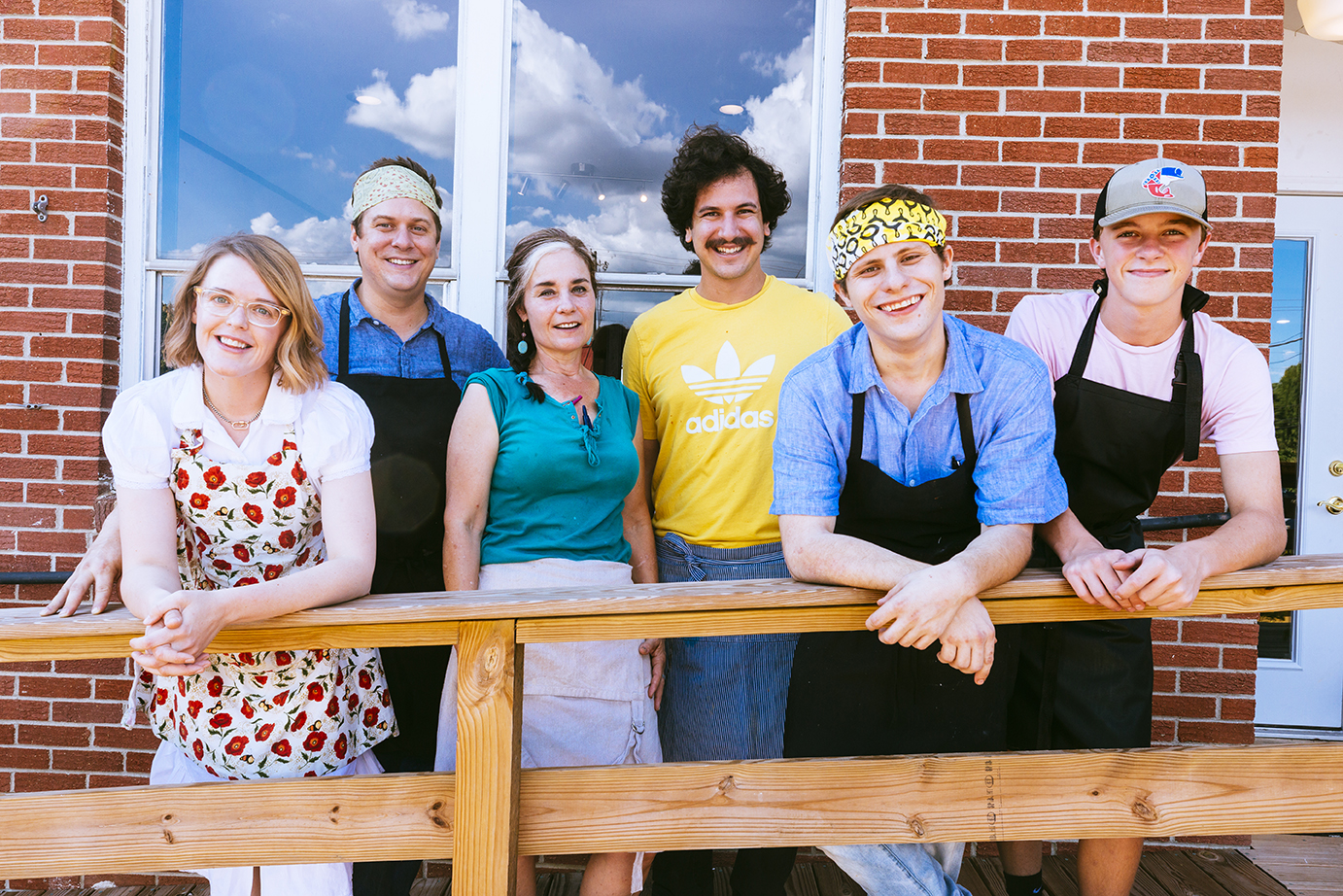 John worked with Martha Foose and Twinkle VanWinkle, who both hail from Mississippi, among others. Before returning to Oxford, he also worked in a secluded hunting lodge in Alaska, only reachable by boat or plane. “John’s been doing this since he was 15 years old,” says Lauren. “He’s been doing this for over 20 years. He loves what he does.”

“We’re just so happy for people to come in and let us feed them.”

Lauren is from Maine but moved to Mississippi while she was in college, working the front of the house at the former Bouré location under acclaimed restaurateur John Currence. She left for an internship with a company in Australia but returned home and since has worked alongside John doing what they both love. 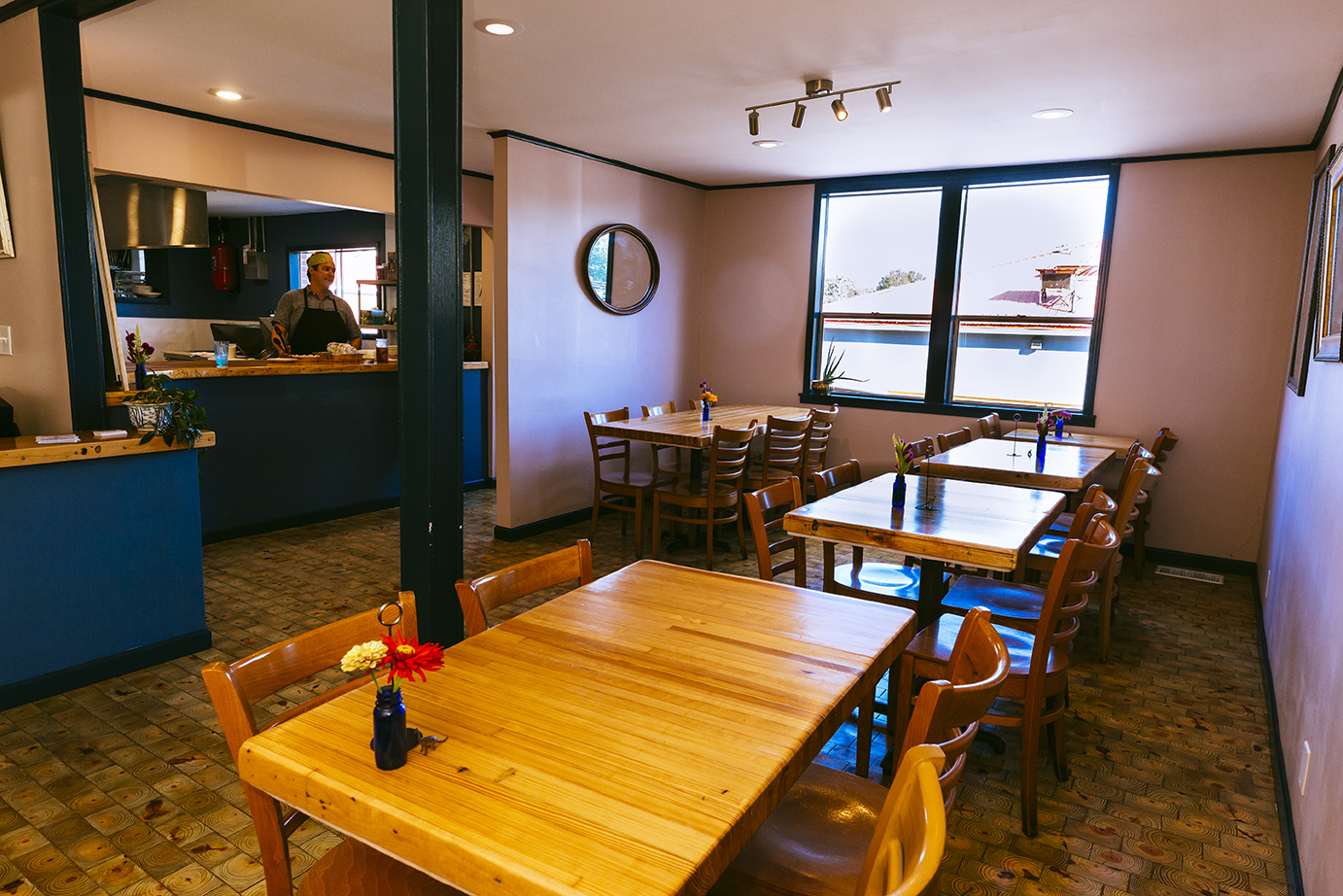 While John was away working in Alaska, Lauren sent him a care package that included a medallion of St. Martha, the patron saint of cooks. A follower of Jesus who appears in the gospels of Luke and John, Martha is remembered for tirelessly serving her guests.

According to medieval legend, after Christ’s resurrection Martha travelled to France where she saved a village from a dragon called the Tarasque. Rather than kill the monster, Martha used grace to tame the beast. John and Lauren find inspiration in the legend and named their upstart restaurant in its honor.

“I just think that’s so beautiful,” Lauren explains, “because there are so many ways to put things out into the world, and at the center of what we want to put out is graciousness.”

John and Lauren take pride in featuring local suppliers and sourcing everything they can from family-owned farms including Oxford’s Brown Family Dairy and Samsara Garden, located in nearby Tupelo, and Home Place Pastures in Como. They also rely on local markets like The BTC Old-Fashioned Grocery in Water Valley and Chicory Market in Oxford. Many menu items, like the masa-dusted fried artichokes, use ingredients from nearby Delta Grind, a Water Valley-based purveyor of cornmeal, polenta and grits.

The core menu at Tarasque Cucina is simple: comfort food with a seasonal rotation of salads, pastas and small plates.

As for salads, they have a simple mix; a charred radicchio; a spinach garbanzo; and a kale niçoise, drizzled with balsamic and served over spiced walnuts and crumbled gorgonzola. 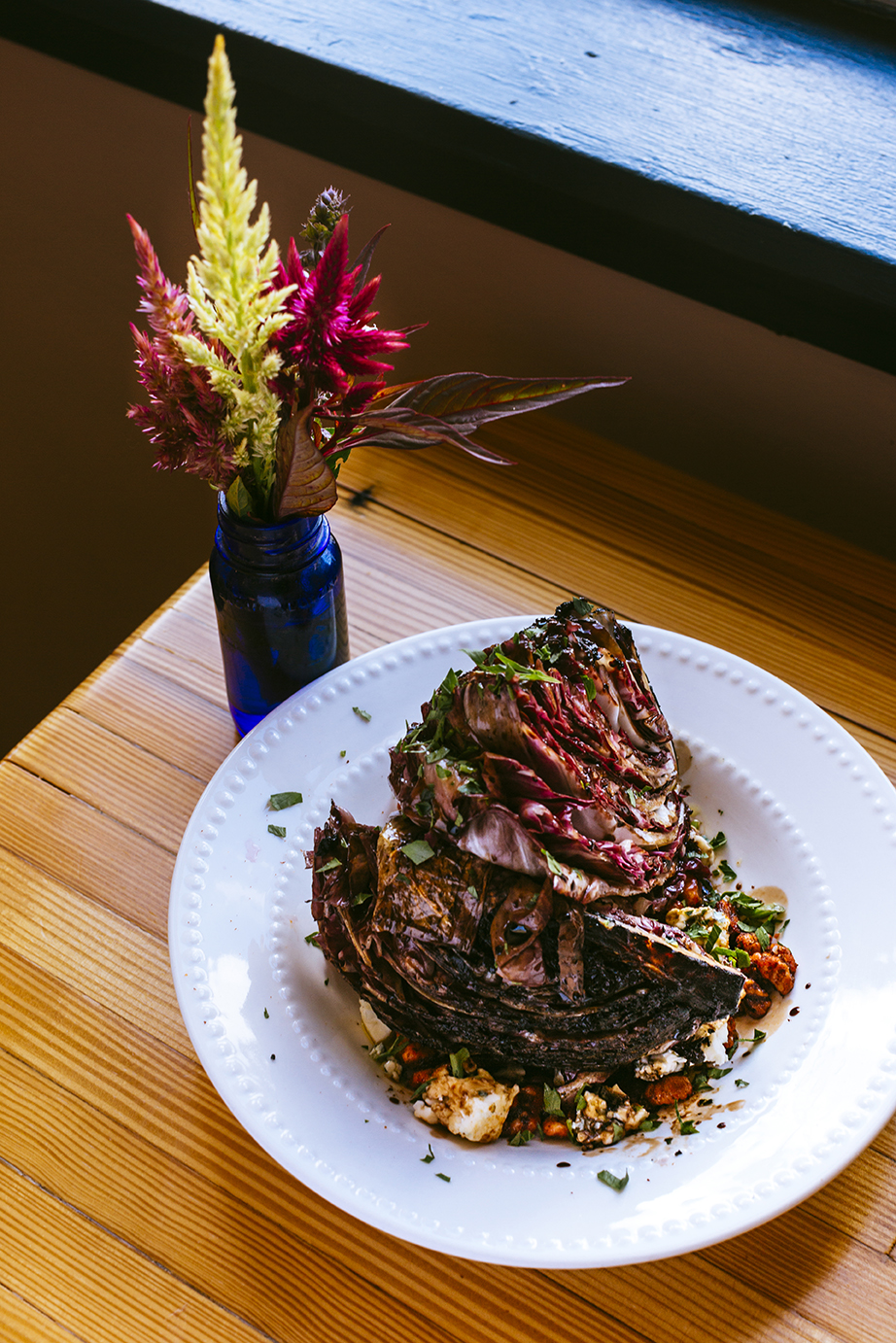 Their pastas include spaghetti served in a plum tomato sauce; pappardelle Bolognese; rigatoni with sausage and peppers; linguini and shrimp in cream; and capellini puttanesca with spicy tomato sauce, capers, olives and Grana Padano.

Tarasque Cucina makes a variety of little eats that depend on what’s in season, on what John feels like cooking, or on what fresh produce is coming in that day.

They offer “small plates” which can be anything from fresh blueberries with sunflower shoots and cashew butter, to boiled peanuts, to fried softshell crab. 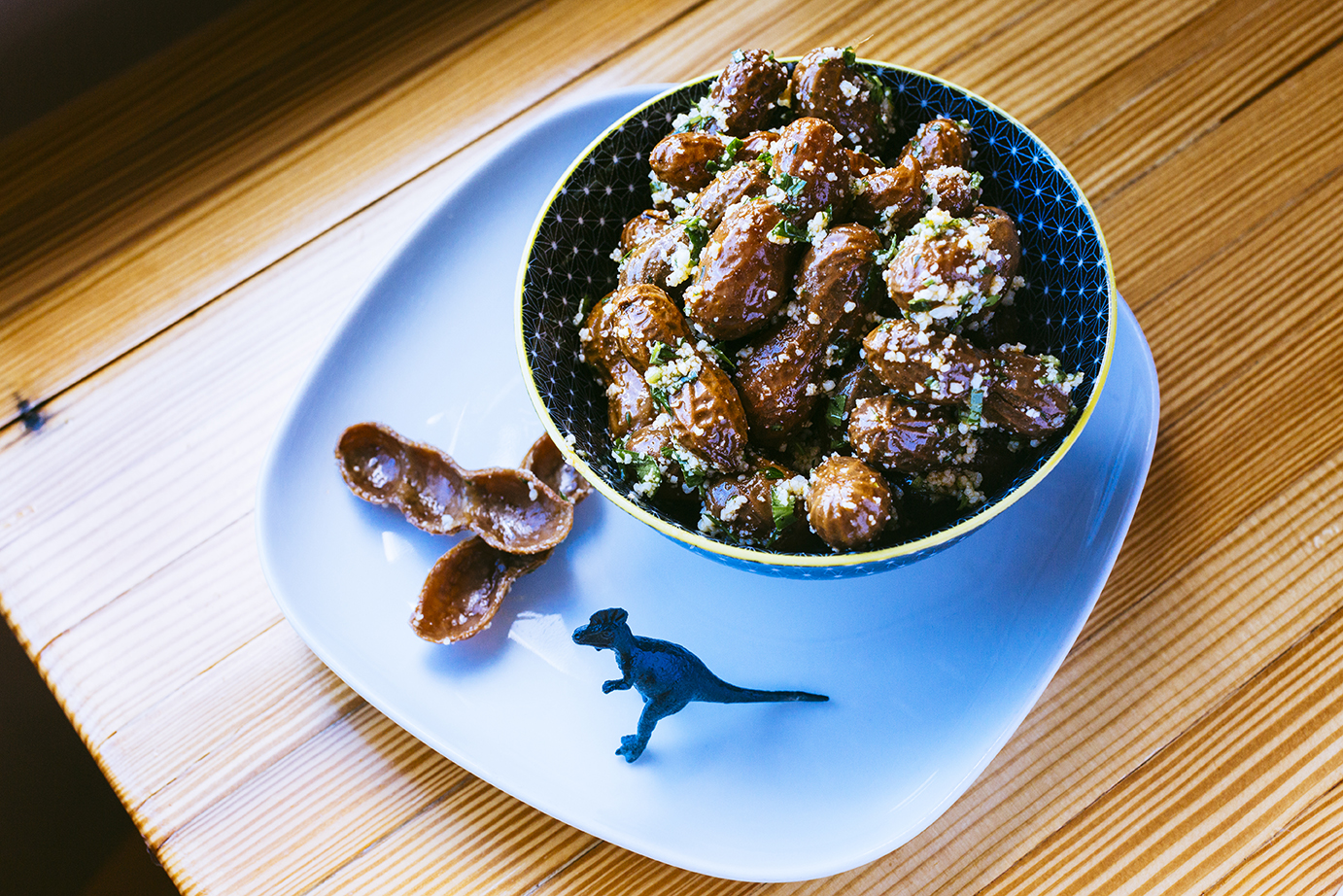 The boiled peanuts are unlike any you experience on the side of a Southern interstate.

Dressing them with olive oil, parmesan and herbs, Tarasque Cucina transforms the humble legume into buttery, unctuous bites that would be almost unrecognizable if not cradled in a peanut shell. 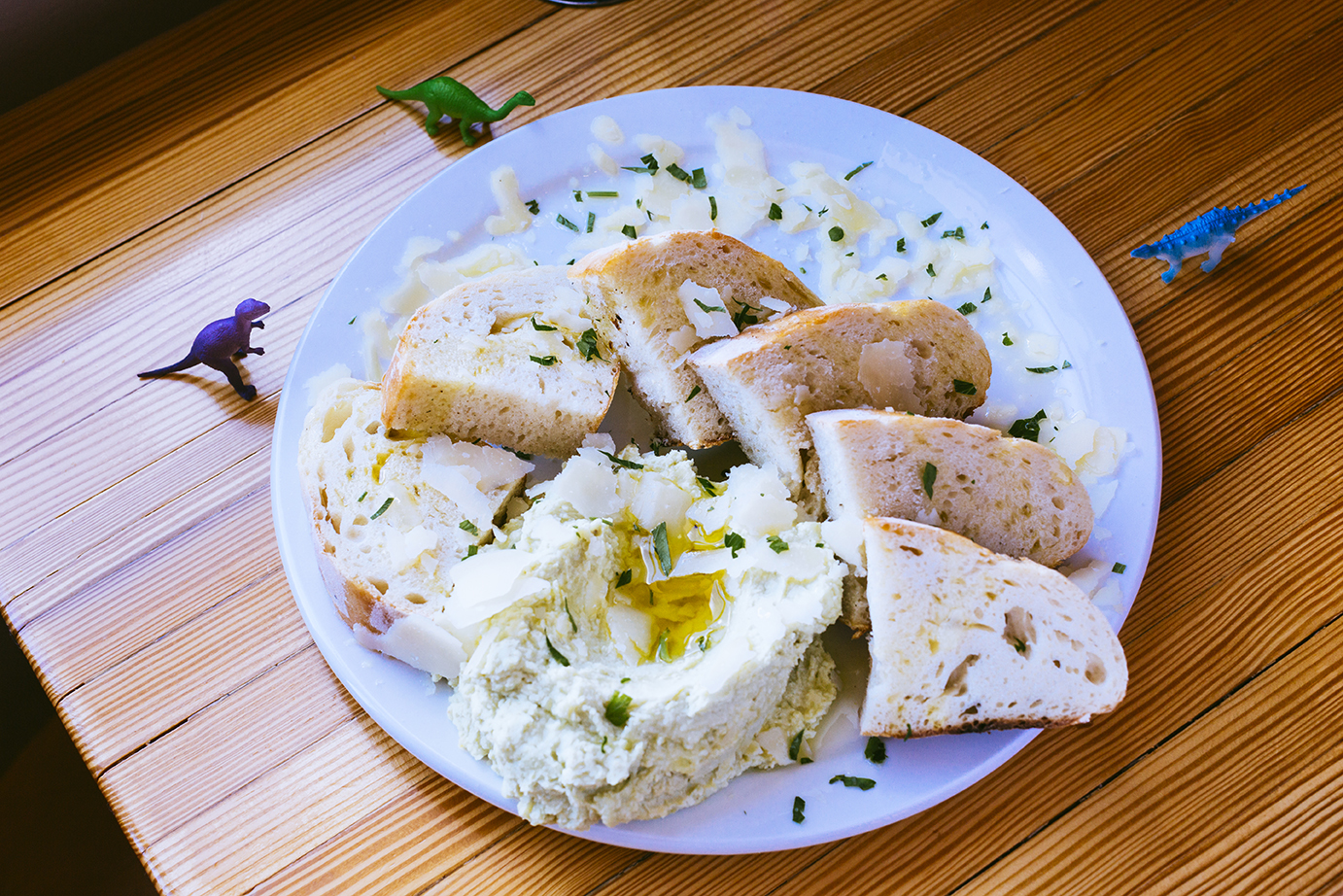 A standout at Tarasque Cucina is its version of hummus.

John cooks up the Mediterranean classic with a Southern accent, using butter beans in place of chickpeas. This perfectly creamy dish of lemony goodness comes with freshly baked garlic bread. 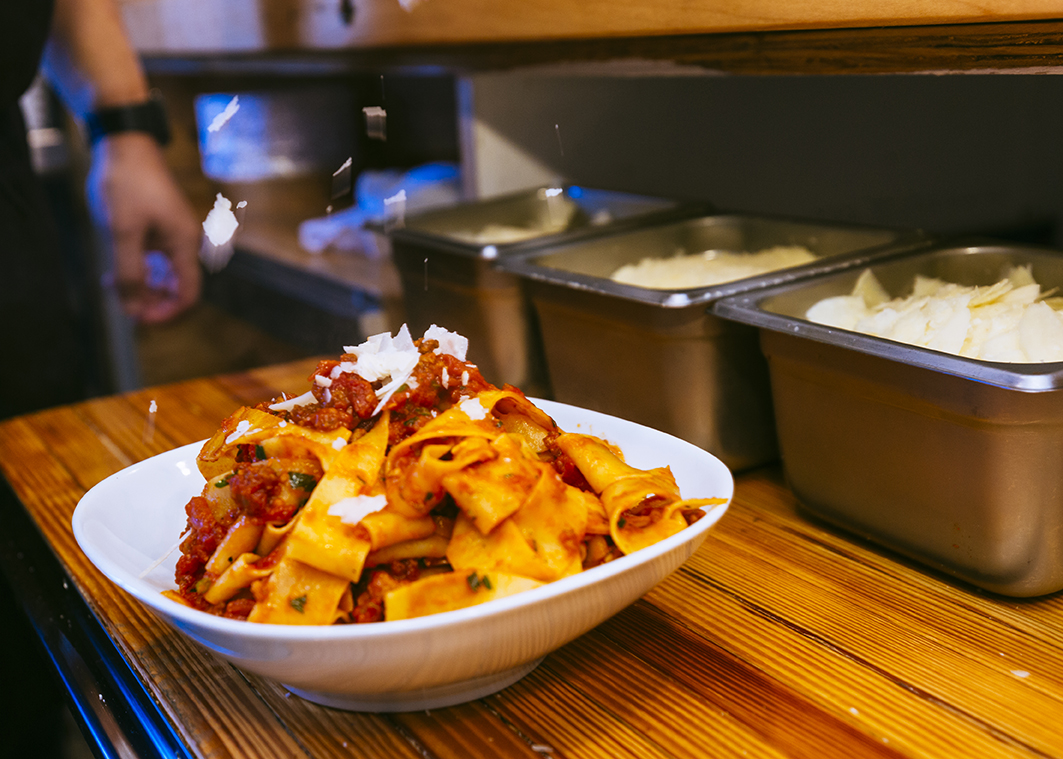 Visitors to Tarasque Cucina can rest assured their meals are prepared carefully, with attention to detail and a lot of craftsmanship.

For those wanting to go beyond the regular menu, the chef’s tasting menu is not to be missed. Chef’s tasting menus are by reservation only for groups of six to 10 at a set price. The menu consists of 10 to 18 courses of seasonal produce served family style, with each course described by the server. The number for chef’s tasting inquiries is 662.473.8100. Tarasque has a special license that allows patrons to bring their own alcohol. There is a $1 per person glass fee.

Christy Williams Graham lives and writes from the North Alabama small town where she grew up. A practicing attorney, she found an outlet for her creative spirit and love of cooking through writing about the Southern food universe and those colorful characters who inhabit it. A former part-time editor for a food-based marketing company, Christy now travels around the South and beyond writing on a freelance basis when she is not in the courtroom or raising her three boys. @girlfromwren

At Home with Big Sue