Editor’s note: Global Café’s newest chef, José “Pancho” León, has been on our radar for a while! I interviewed him for the original Edible Memphis in 2017. At the time, Pancho had not yet immigrated to Memphis, but visited family often enough to begin the process of launching a line of hot sauces here. Since officially moving here, he has done a number of monthly Sunday “pop-up” fritangas (“fried things”) at Casa León (which is owned by his daughter and son-in-law and will soon re-open as Soccer City 901). Most recently, he was working the line at Seasons 52.

Please enjoy this look back, and then go check out Pancho’s incredible food for yourself. Though he is no longer bottling the sauces mentioned in this story, he is serving a special green sauce at Global Café. Try his tequenos (fried cheese in handmade pastry), empanadas (meat pies), arepas (stuffed corn cakes), pabellón (the national dish of Venezuela featuring shredded beef, rice, beans and fried plantains), sugar cane lemonade and quesillo Venezolano (Venezuelan flan). Vegans can enjoy his offerings with black beans, rice and fried plantains. 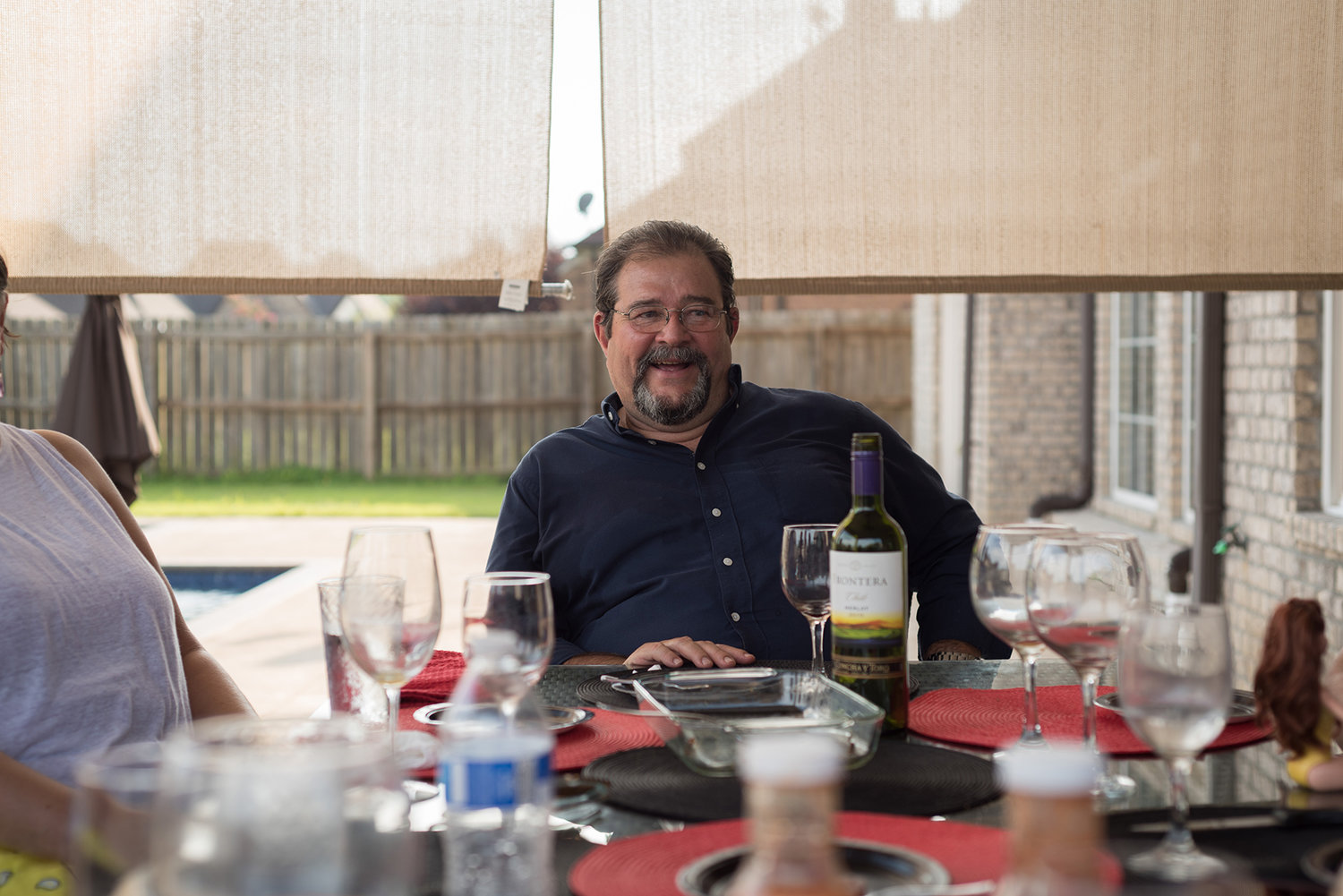 José “Pancho” León is kind of a big deal in Venezuela.

Pancho’s Venezuelan-based company, Catatumbo Flavors, has 40 different offerings—from hot sauce to chutney. He’s launching three of his favorite hot sauces locally under the brand “PicaPancho” thanks to the help of Delta Cuisine’s Commercial Kitchen and Food Incubator just across the bridge in West Memphis. 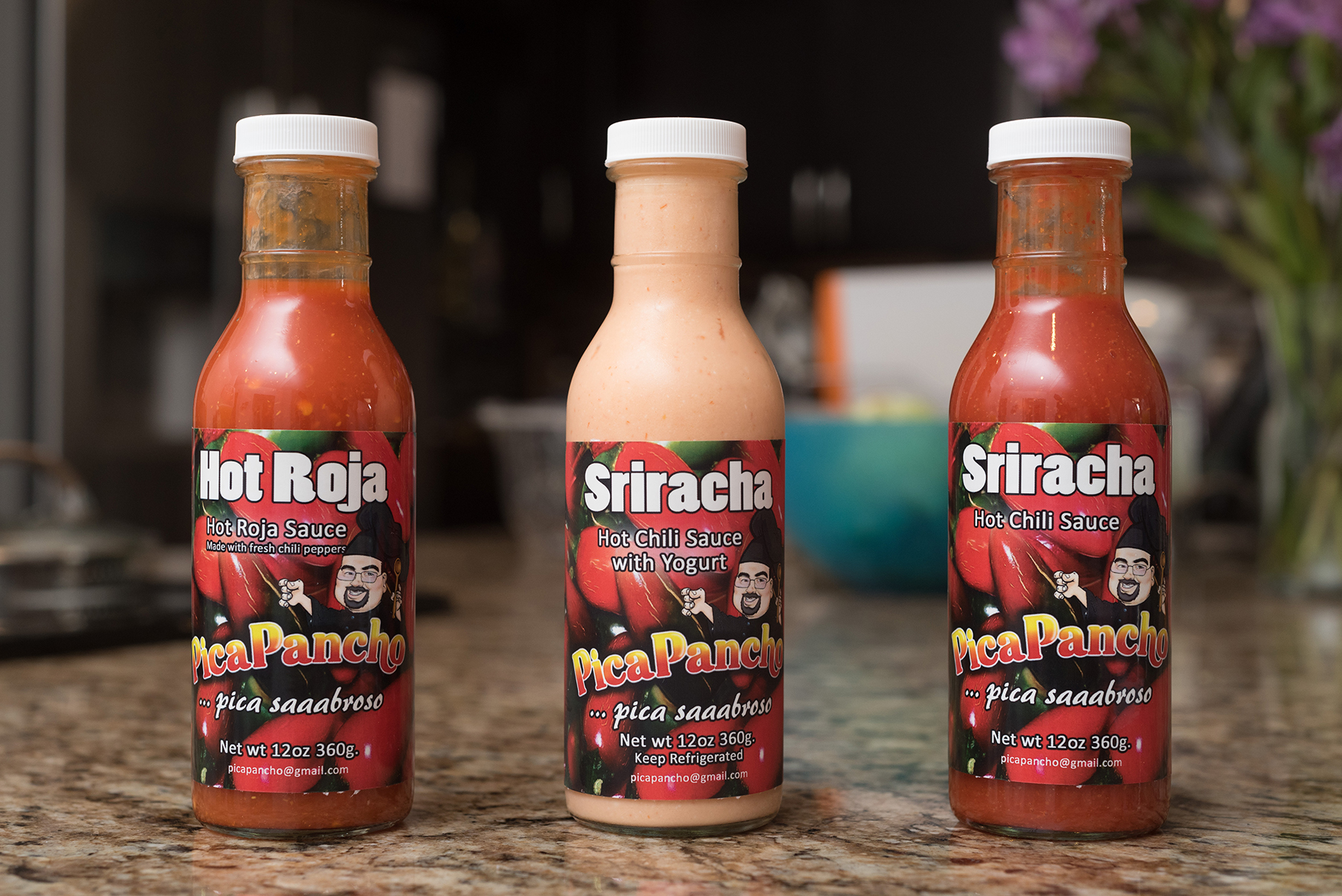 A couple of friends and I were recently invited to join Pancho and his extended family for Sunday dinner at the house of his daughter, Sylvia, in Cordova. Since he doesn’t speak English, Sylvia and her brother, José, served as interpreters. (All references to “José” below are referring to this son, not to Pancho.)

Everyone was busy in the kitchen when we arrived. The grill was fired up and there were mango daiquiris ready to be put in the blender.

Pancho learned to cook from his mother when he was just nine years old, and does all of the cooking for his family. The first thing he remembers cooking is bistek (beef steak) with onions. I’ve known Pancho and his family for a while now, and no menu is complete without lots and lots of meat! 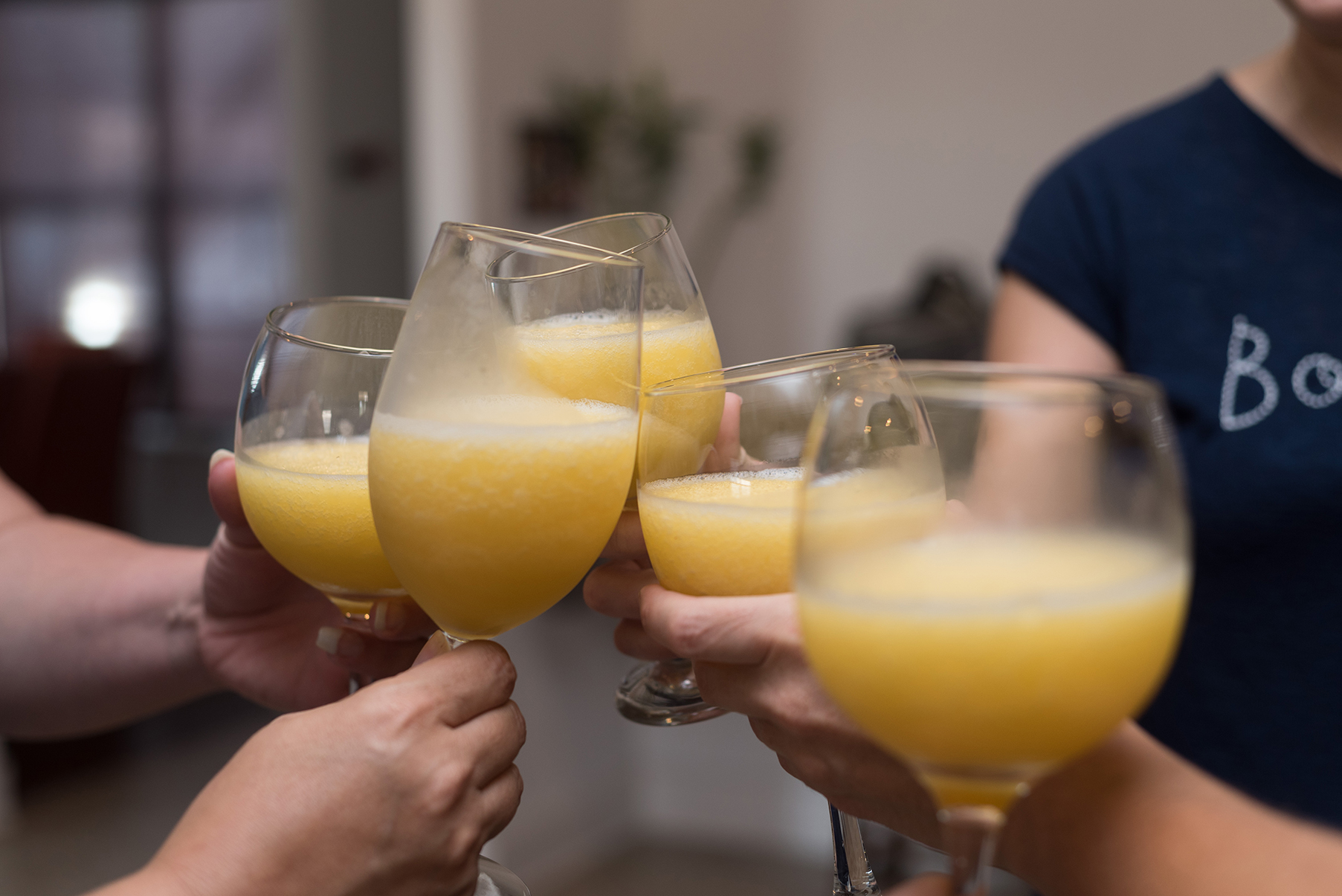 José explains, “The city we grew up in is Maracaibo, the capital of Zulia state—which is basically the Texas of Venezuela. It’s got oil, beef and pretty women.”

It’s only natural that Pancho—now a graduate of Centro Educativo Culinario Concasse (an institute of culinary education in Venezuela), which afforded him the title of international chef—would create a number of sauces to go along with all the meat that he cooks. He loves spicy sauce, and his first creation was a sriracha with yogurt. (Sriracha, which is a town in Thailand and the namesake of the well-known “rooster sauce,” has become synonymous with “hot sauce” around the world.) 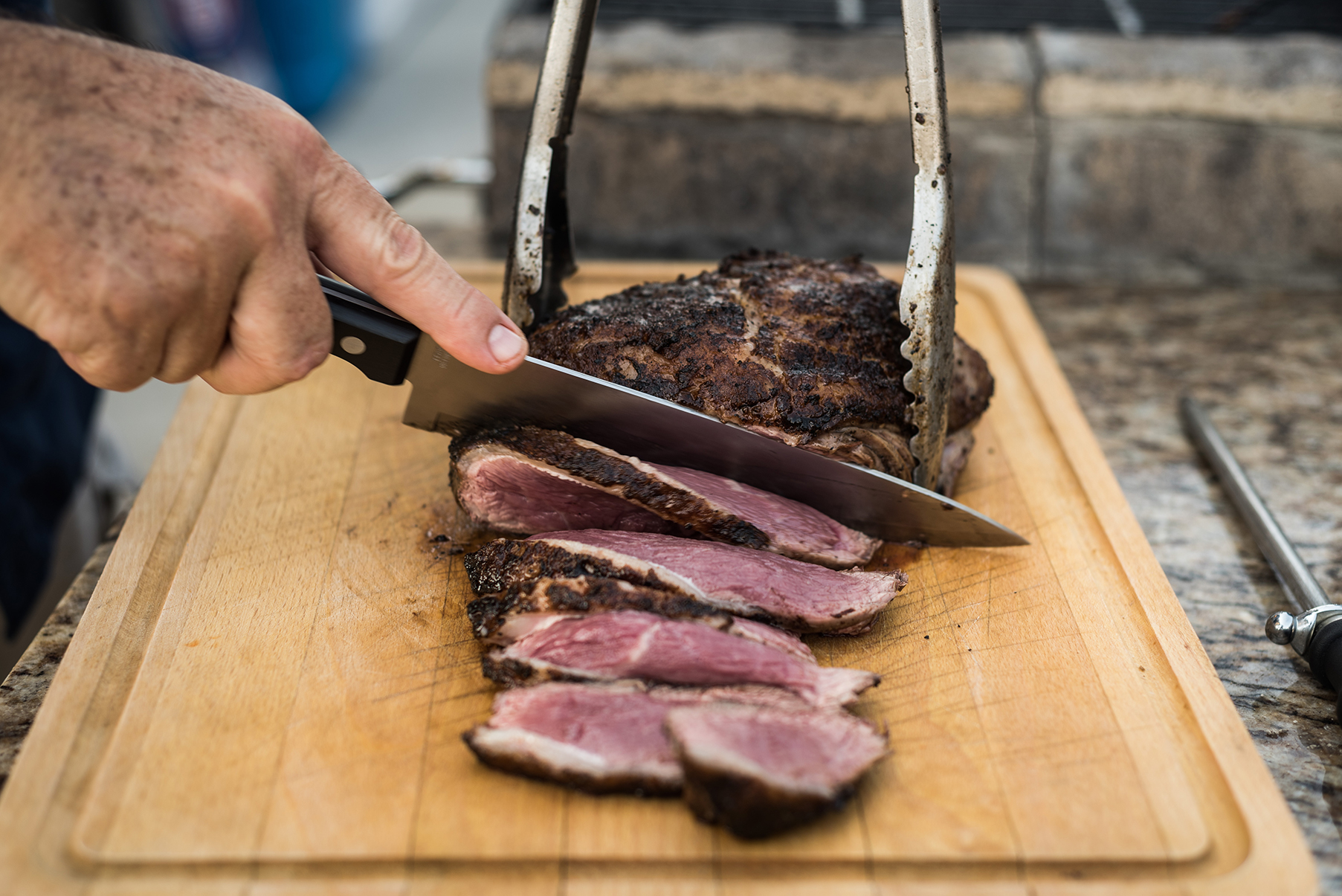 For the yogurt, Pancho uses suero de leche, which is translated as buttermilk. José says suero is a cousin of yogurt. Since they lived in cow country, Pancho started making his own suero, and from there he created the sriracha with yogurt. Everyone loved it, so he started taking it to friends’ houses.

As most of these stories go, one day his wife, (also named) Sylvia, said, “Why not sell it?” 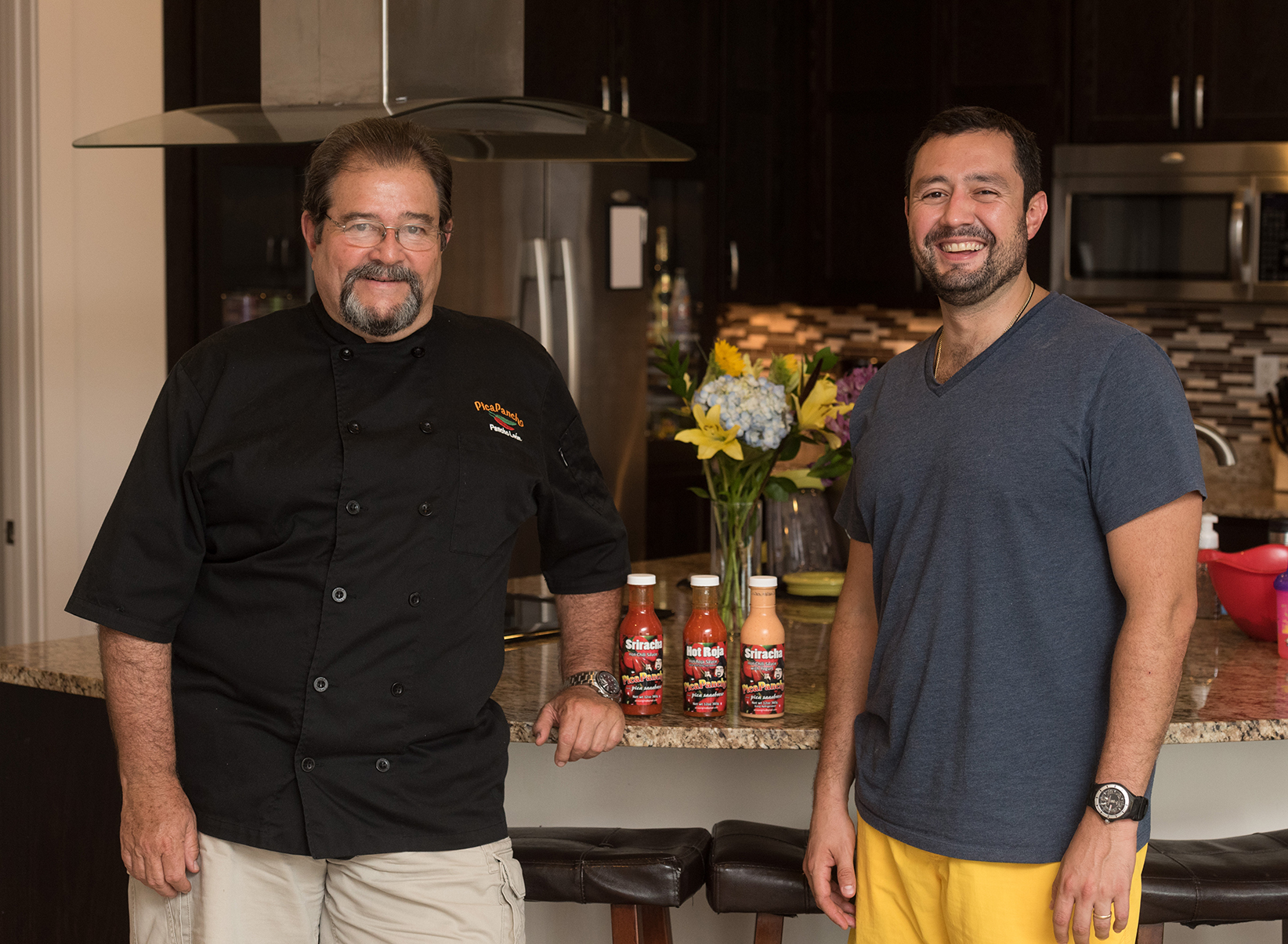 He’d been working in the advertising business, mainly with magazines and b newspapers. When the Venezuelan economy tanked, his wife suggested mass marketing the hot sauce. He’d read a story about Colonel Sanders starting Kentucky Fried Chicken at age 65 and then becoming a millionaire. Since he was only 63, he thought he had a good head start.

Pancho’s mother had passed away, so her now-empty downstairs apartment became Catatumbo Flavors’ headquarters. (He and Sylvia live upstairs.) “The whole house smells like hot sauce, and you have to wear goggles,” explains José. “My mom, Sylvia, she actively helps my dad in the kitchen, so much so that she has lost her sense of smell.”

Pancho was no stranger to the food industry, and Catatumbo Flavors was not his first rodeo. 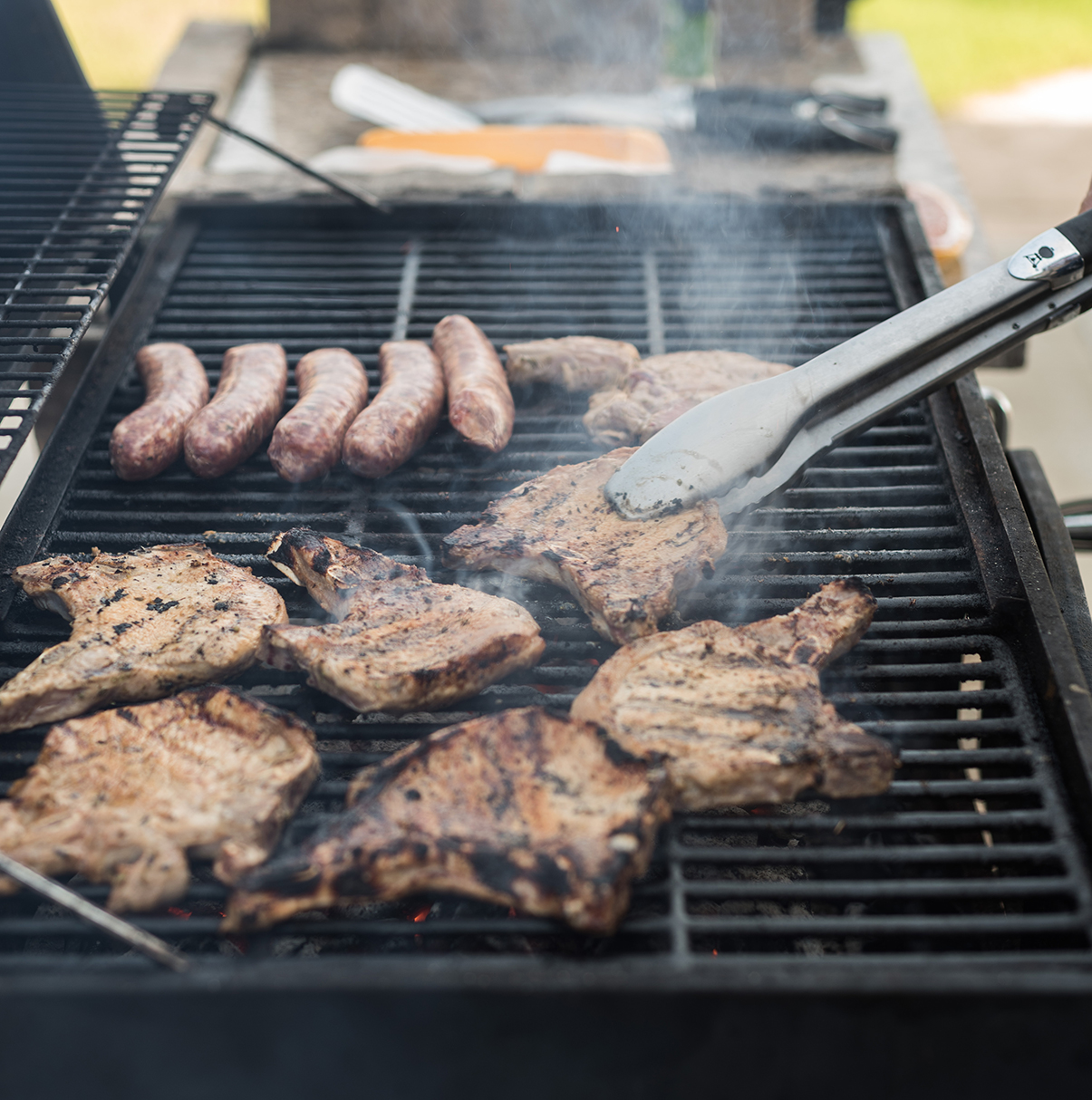 His very first job was selling Rena Ware pots. Then he sold chickens. In the ’80s, Pancho ran a restaurant inside of a food fair (similar to a shopping mall’s food court) called Los Tizones (“Flaming Charcoal”) which specialized in, you guessed it, grilled meat. He did a good business for six years, but it was a lot of work. When the mall closed, he moved on to other things, namely an air-conditioning business. Then he managed 500 coin-operated animal machine rides, like you used to see outside of grocery stores.

Catatumbo Flavors, which now produces 10,000 cases of various sauces every month, has been his crowning achievement. 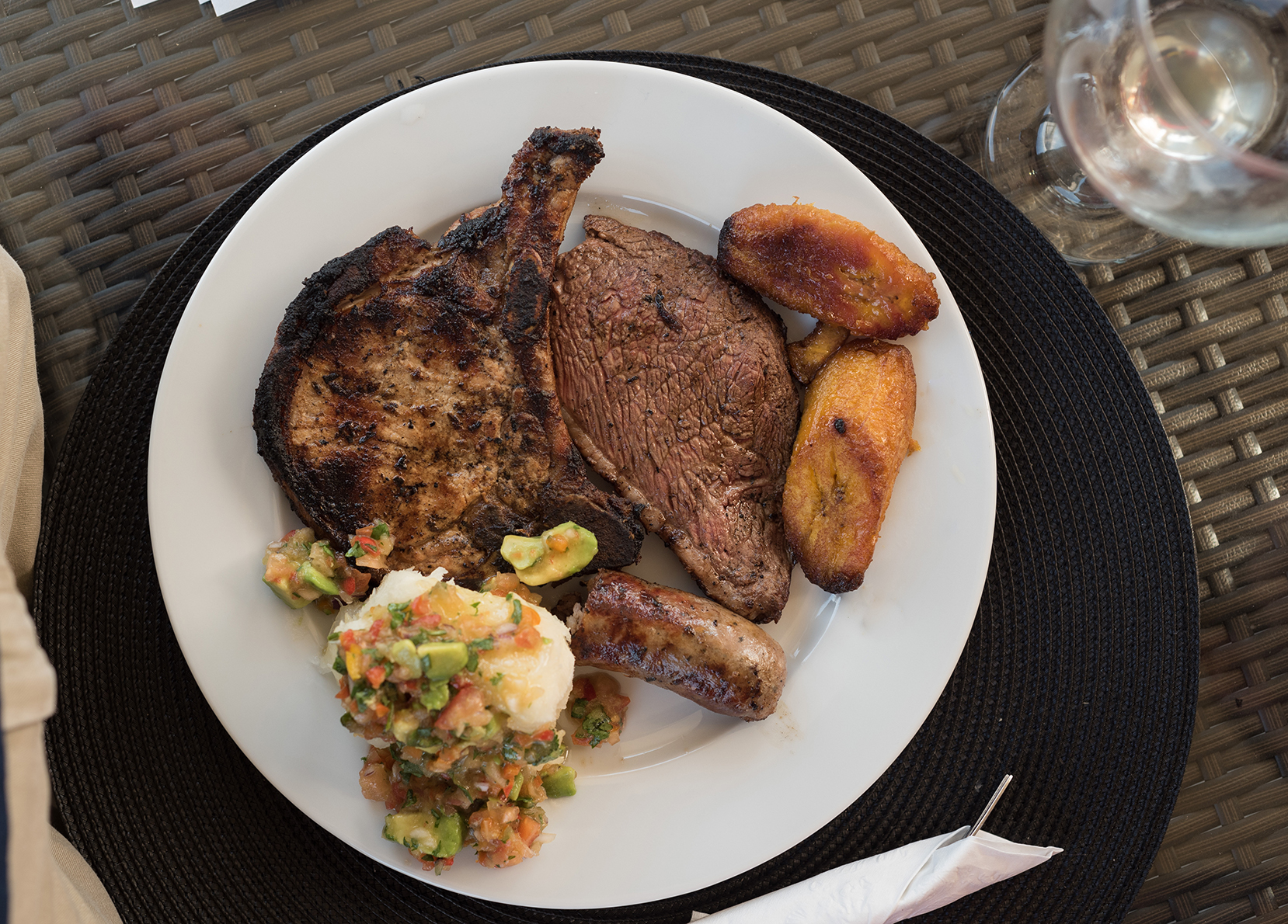 For our Sunday dinner, Pancho prepared pork tenderloin, chorizo sausages and punta (tri-tip) along with shrimp ceviche, plantains, yucca with guasacaca and salad. (The salad was merely for show.) Best of all, we got to sample the three hot sauces that Pancho is planning to sell here in Memphis—PicaPancho’s Hot Roja, sriracha, and sriracha with yogurt.

The sriracha with yogurt was a real standout—unlike anything I’ve ever had. I started dipping my various meats in it and had a hard time stopping. I ate way more meat than I usually would, and even started pilfering from my friend’s plate.

We all agreed that the other Pancho in town better look out!

The Search for Shrimp and Grits