Drawing on his science background, a farmer expands into holistic healing 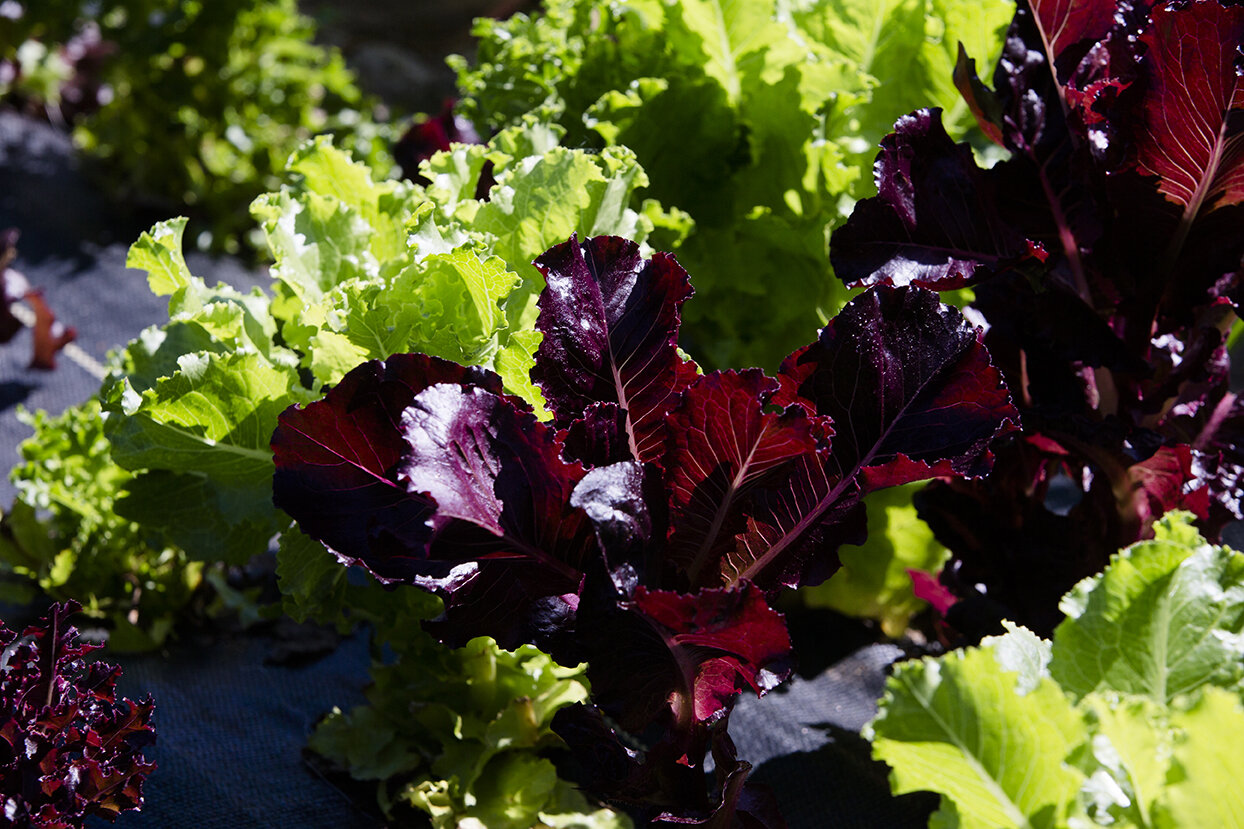 The beat of The Produce Tribe begins on 10 acres in Stanton, Tennessee, and reverbs for hundreds of miles through West Tennessee, touching Nashville, Memphis, Jackson, and Greeneville.

Ten acres can produce a lot of nutrition—peas, squash, collard greens, okra, tomatoes, turnips, mustard greens, beets, kale—and Matthew Robinson, whose “tribe” includes his family’s bordering Sanderlin Farms, has come into his own rhythm as the lead sower of his land.

“It’s an incredible amount of work,” says Matthew, a self-described hybrid city/country boy from Nashville. “When I was 14, one of my uncles started bringing me around my family’s farm in Stanton more frequently. I enjoyed the country life and helping my family out. I decided I wanted to be involved with agriculture in some aspect; I wanted to be outside, not in an office.”

So Matthew looked for ways to bring together his passion for agriculture and his love for nature.

He sought out the systems of farming, the scientific hows and whys and what-ifs. He headed to Tuskegee University, a historically black college in Alabama, where he earned a master’s degree in plant and soil sciences. He took his knowledge and entered the university’s Cooperative Extension Program, where he educated small farmers in Alabama’s Black Belt communities about growing produce.

By 2016 Matthew was ready to farm full-time. He returned to his family’s roots, leased 10 acres from his grandmother and, in September 2016, planted The Produce Tribe. The name? 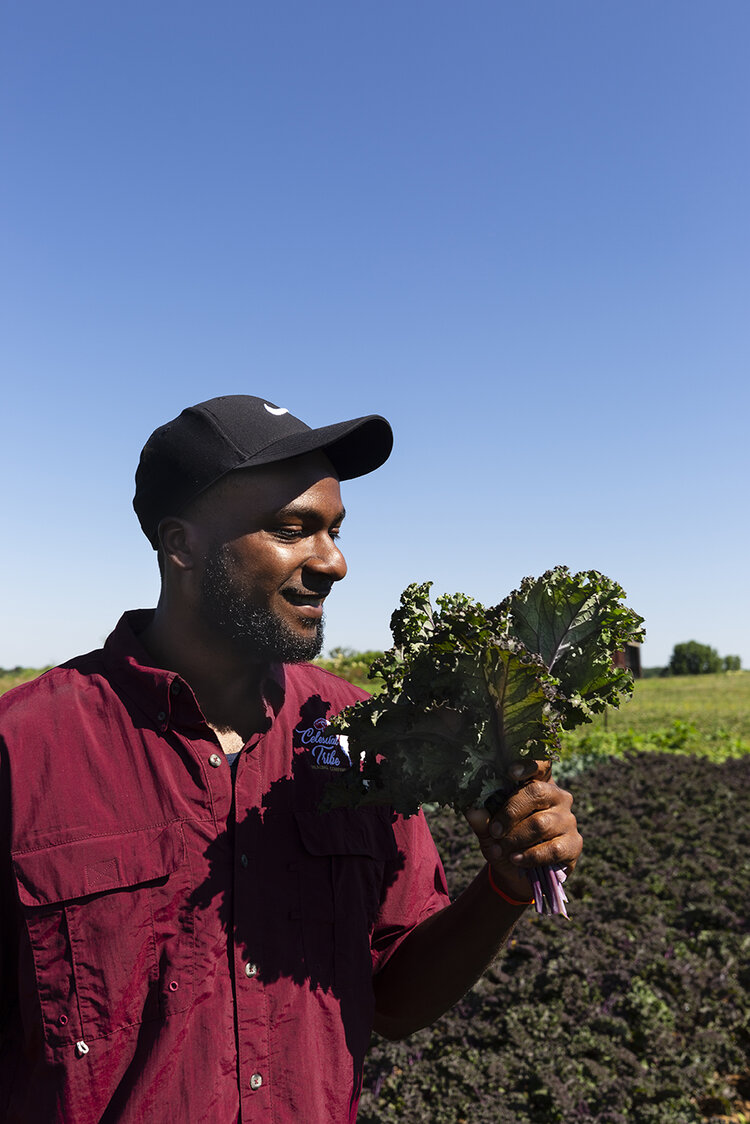 “What I’m doing is an extension of my family—the people around me who are there to help, who are thinking the same way, who are members of the same ‘tribe,’” Matthew explains. “The name just made sense to me.”

His university education changed the way Matthew looked at traditional farming. “My approach to farming is different,” he says, as he checks in on the tomatoes strung vertically through one of his three greenhouses. 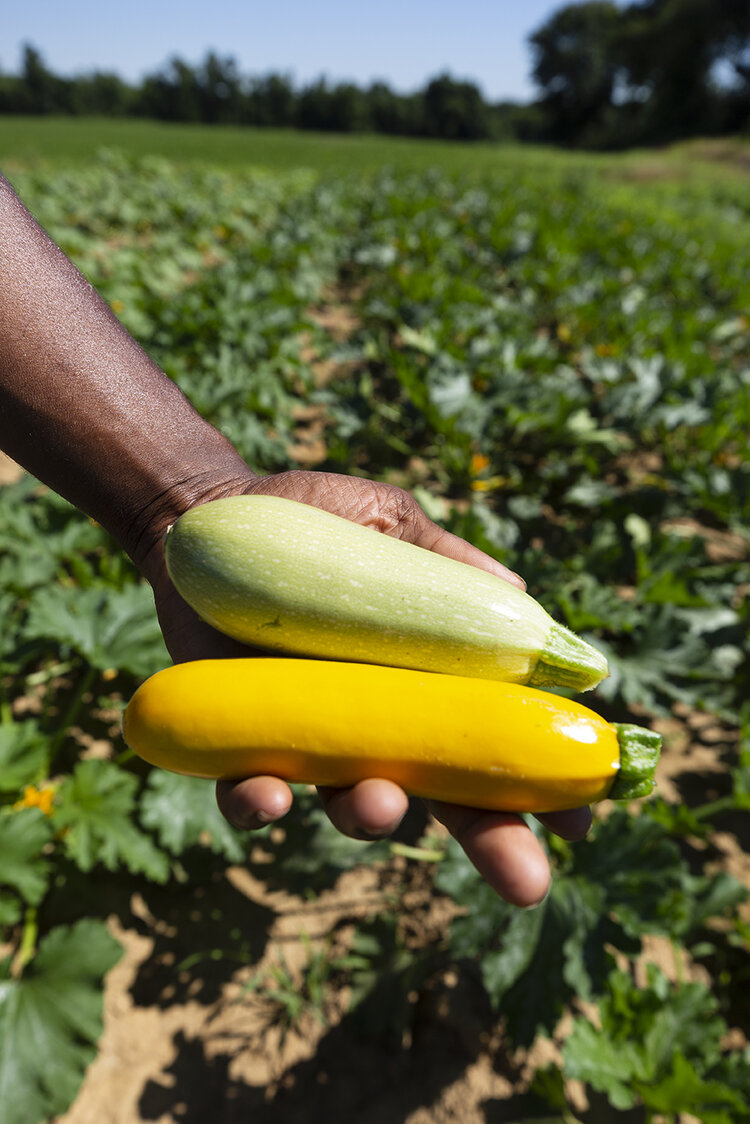 “I do a lot of experimenting because I know what should work and what won’t. I take chances that not every farmer would take, like growing different varieties of things. Have you ever seen a purple sweet potato?”

One of his latest attempts is to grow kale year-round. So far, keeping it well-watered seems to be key. 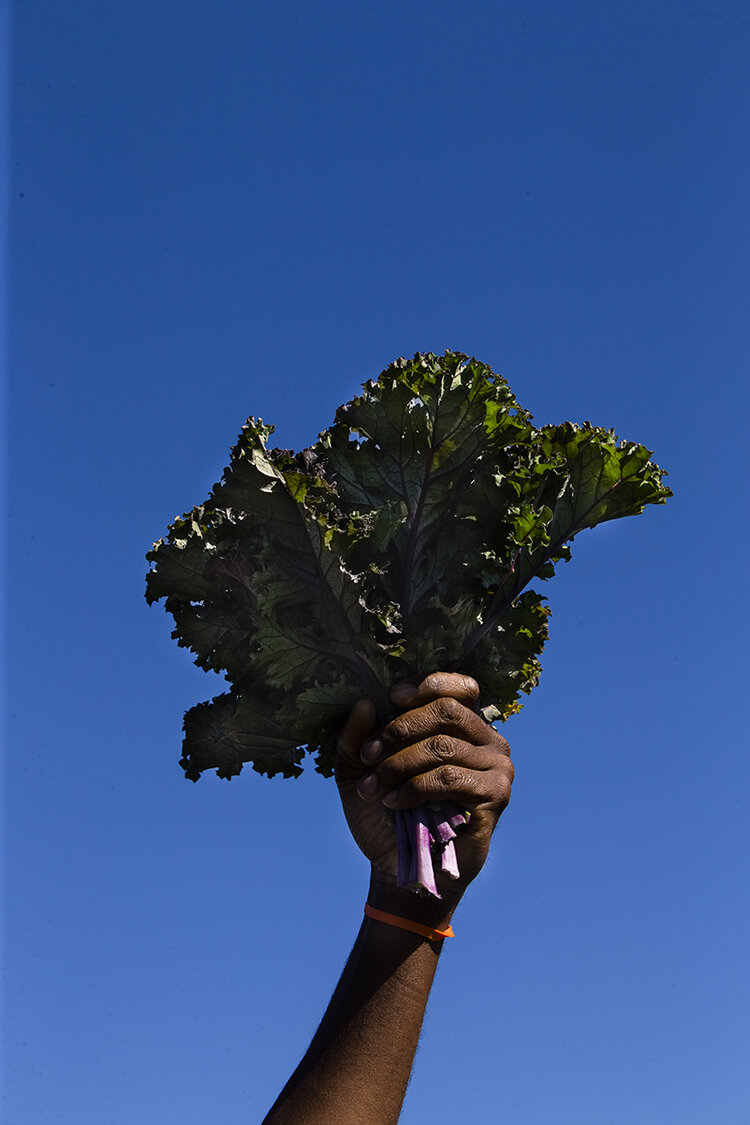 Like most entrepreneurs, his challenges include capital and time management and marketing, as he works to find outlets where he can sell what he grows. “What makes that more challenging is that I have a perishable item,” he says. “When I harvest okra, I’ve got to move it within a couple of days; it can’t just sit here.” 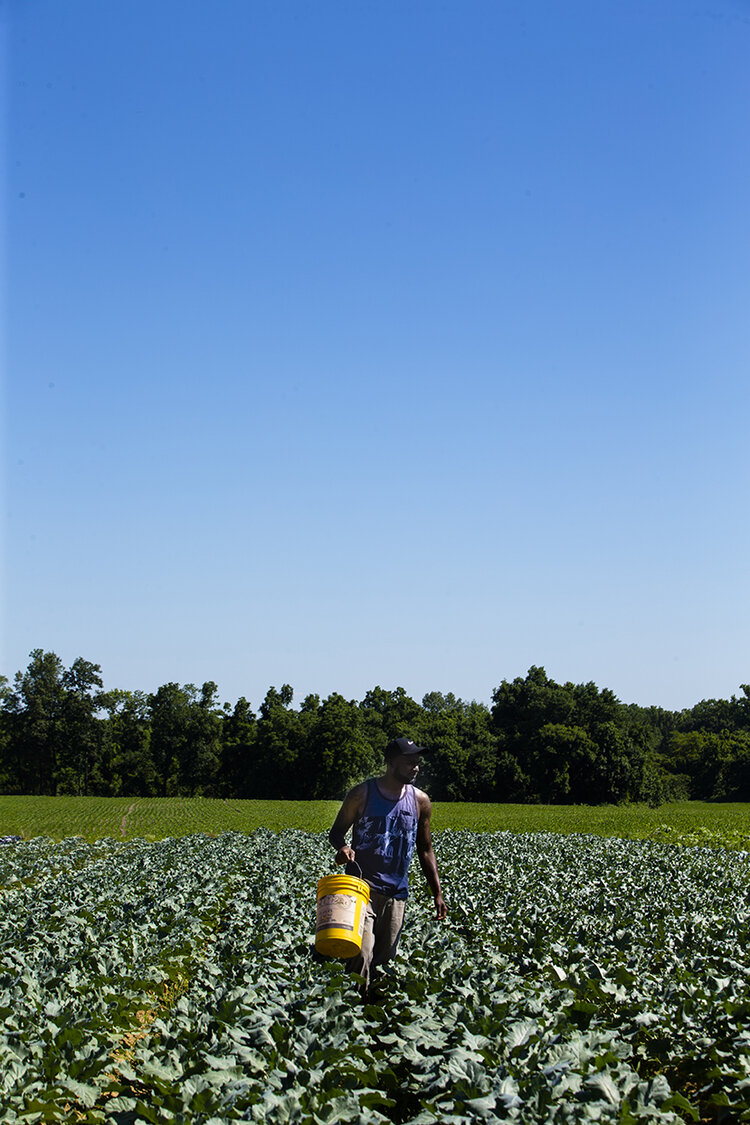 COVID-19 led to a dip in his wholesale and restaurant sales, but he found a new market as CSAs exploded and he began selling to Bring It Food Hub and 275 Food Project.

“It’s a lot of late nights, a lot of all-nighters,” Matthew admits. “But I build my business based on quality. I cull a lot of things that are bruised or have soft spots. When I pick squash, our cull pile is about the same size as our good pile. We feed the cull pile to the sheep and hogs at my family’s Sanderlin farm.” He grins ruefully. “Those animals ate good last year!” 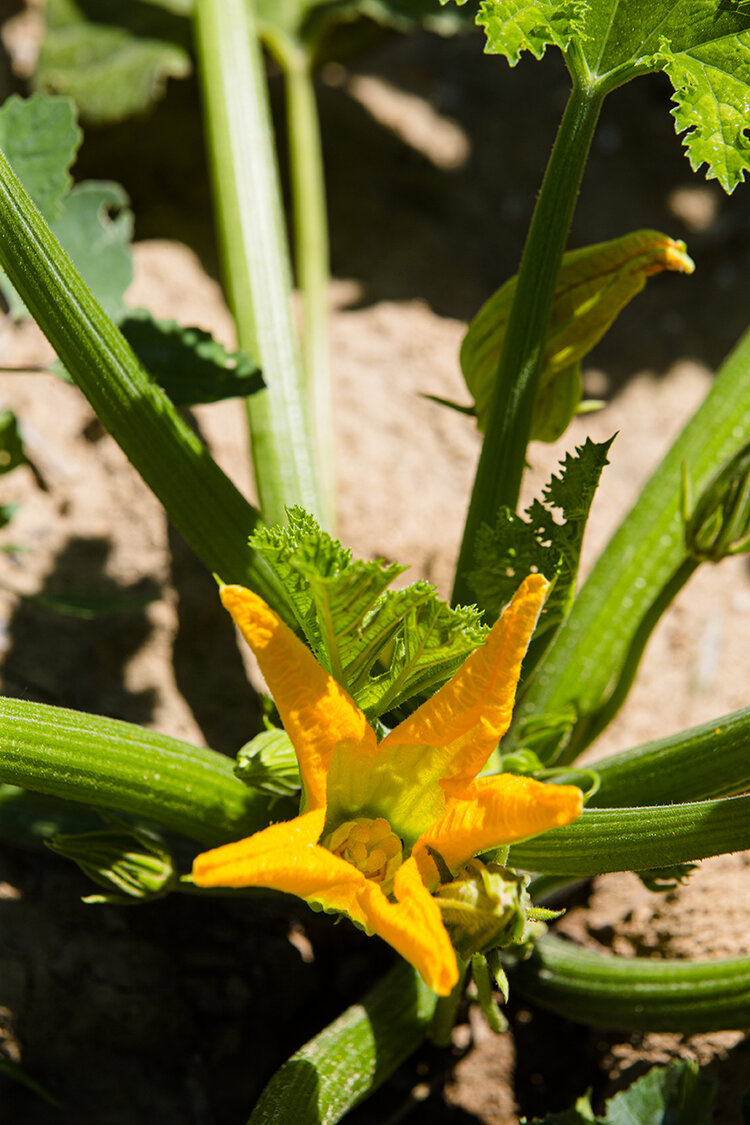 And so, when the topic of the future comes up, it’s not surprising when Matthew hesitates. “I’ve been working hard for four years,” he says slowly. “And there’s not a whole lot of money in it. To be sustainable, you have to make enough to invest back into your farm.” He pauses, then brightens. “But as an entrepreneur, business diversity is what I’m into. I believe in having multiple avenues in case one doesn’t pan out.”

One of those multiple avenues is named Celestial Tribe Healing Company, a holistic enterprise set to sprout on various plots throughout West Tennessee. Cofounded two-and-a-half years ago with DeQuarius King, a former roommate from Tuskegee University, this new endeavor has already produced a product called Braingevity, a dual extract of locally sourced mushrooms, other fungi, and herbs to help boost brain health. 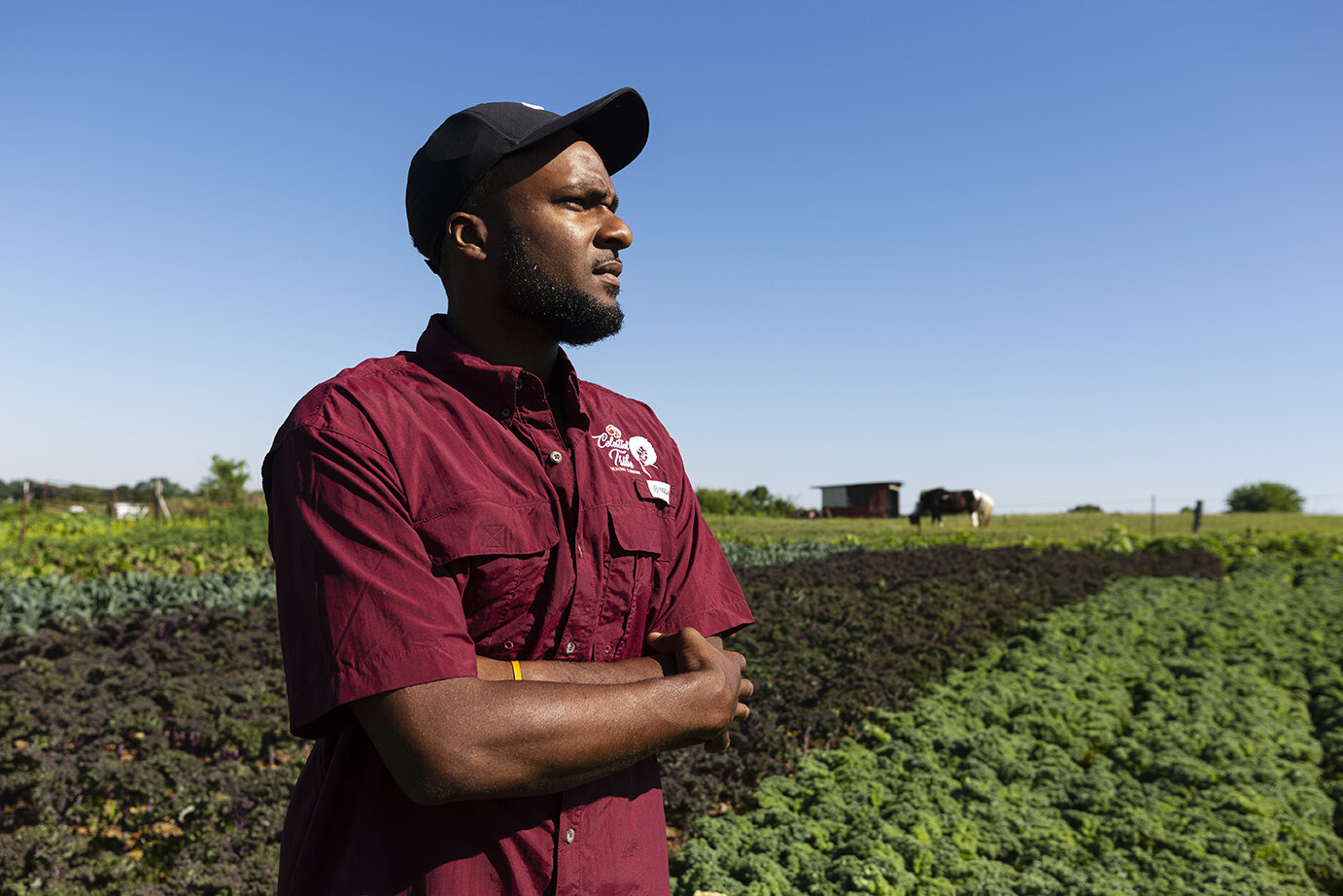 “My whole life I’ve seen the older generation riddled with Alzheimer’s and dementia; it’s a plague to a lot of families,” Matthew says. “Braingevity is really geared toward increasing memory and brain function.”

He’s selling Braingevity, along with other tinctures like Immuno-Support, at farmers markets this summer. In the first markets of the summer, the products sold well, and he believes word will spread as his potent tinctures speak for themselves.

More kale and more tinctures. And the tribe expands again.

Terre Gorham is a freelance writer, editor, and proofreader who cultivates volunteers and foodies for the Memphis Farmers Market Downtown.

Do Try This at Home