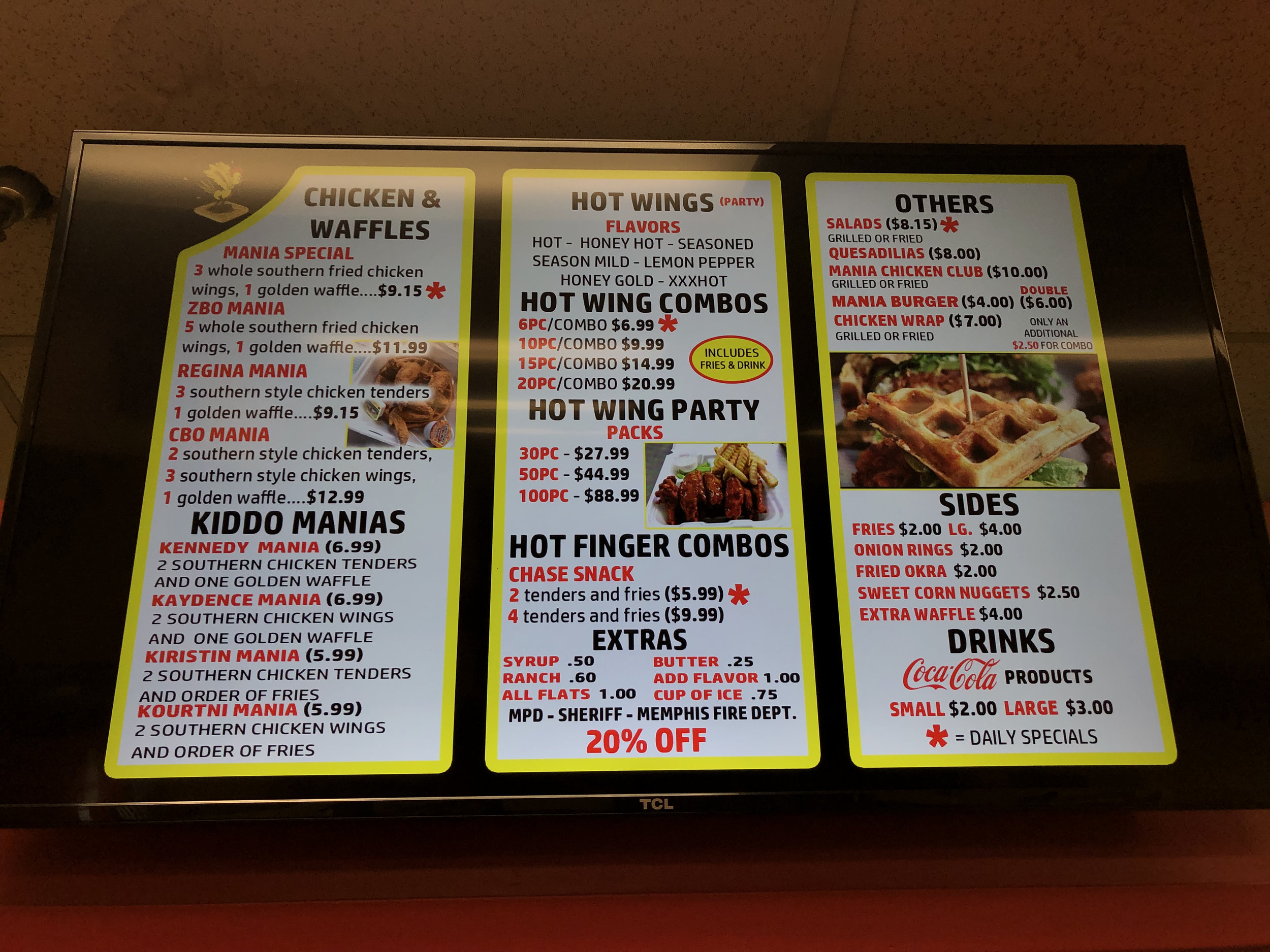 Waffle Mania—specializing in Southern fried chicken and golden waffles—sits at 6712 Winchester Road in a once-bustling shopping center across from World Overcomers Church.

Contrary to popular belief, there are actually several very good restaurants in the area. They take some time to find, but they are very much worth the trip and effort. The drive to Hickory Hill brings back memories for me. I went to Kirby High School way back when it was still a county school. Before the Statue of Liberty, there was Central Church. I took my first date to see Titanic at the Hickory Ridge Mall.

Back to Waffle Mania. 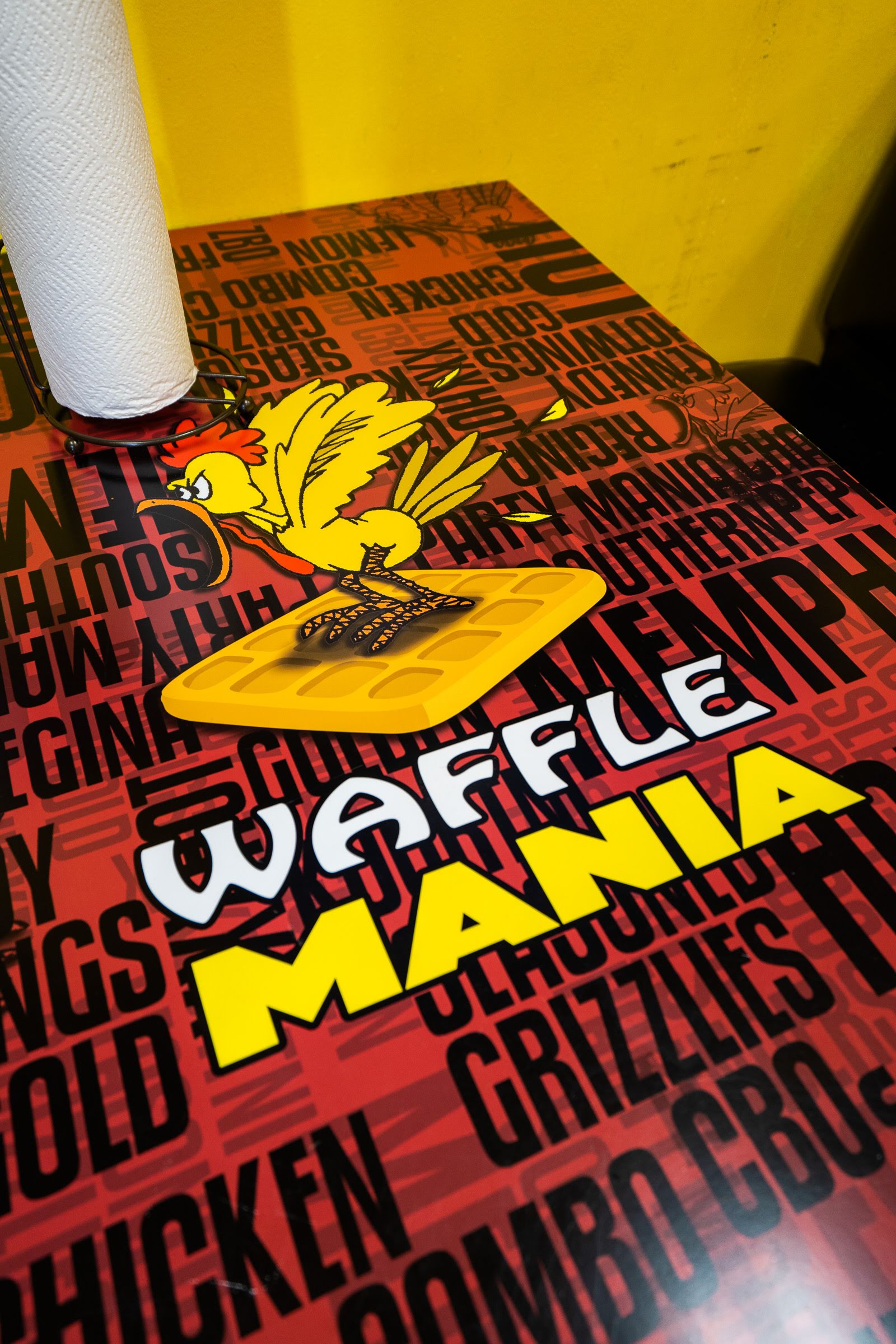 Owner Courtney Temple, who goes by C-Bo, got his idea for opening a chicken and waffle spot after visiting Roscoe’s House of Chicken and Waffles in Los Angeles. He started a food truck in 2015 to begin building his clientele. This didn’t come without some growing pains—C-Bo owns several other businesses and learned early on that owning a restaurant requires a lot more hands-on attention.

What C-Bo has created is a waffle that is like no other I’ve tried—and I have tried a lot of waffles.

I really love waffles. My taste buds tell me there’s a hint of cinnamon in the batter, but he wouldn’t verify this. Everything is homemade, and the recipes come from a combination of his grandmother, his mother and his own spin on Southern staples. 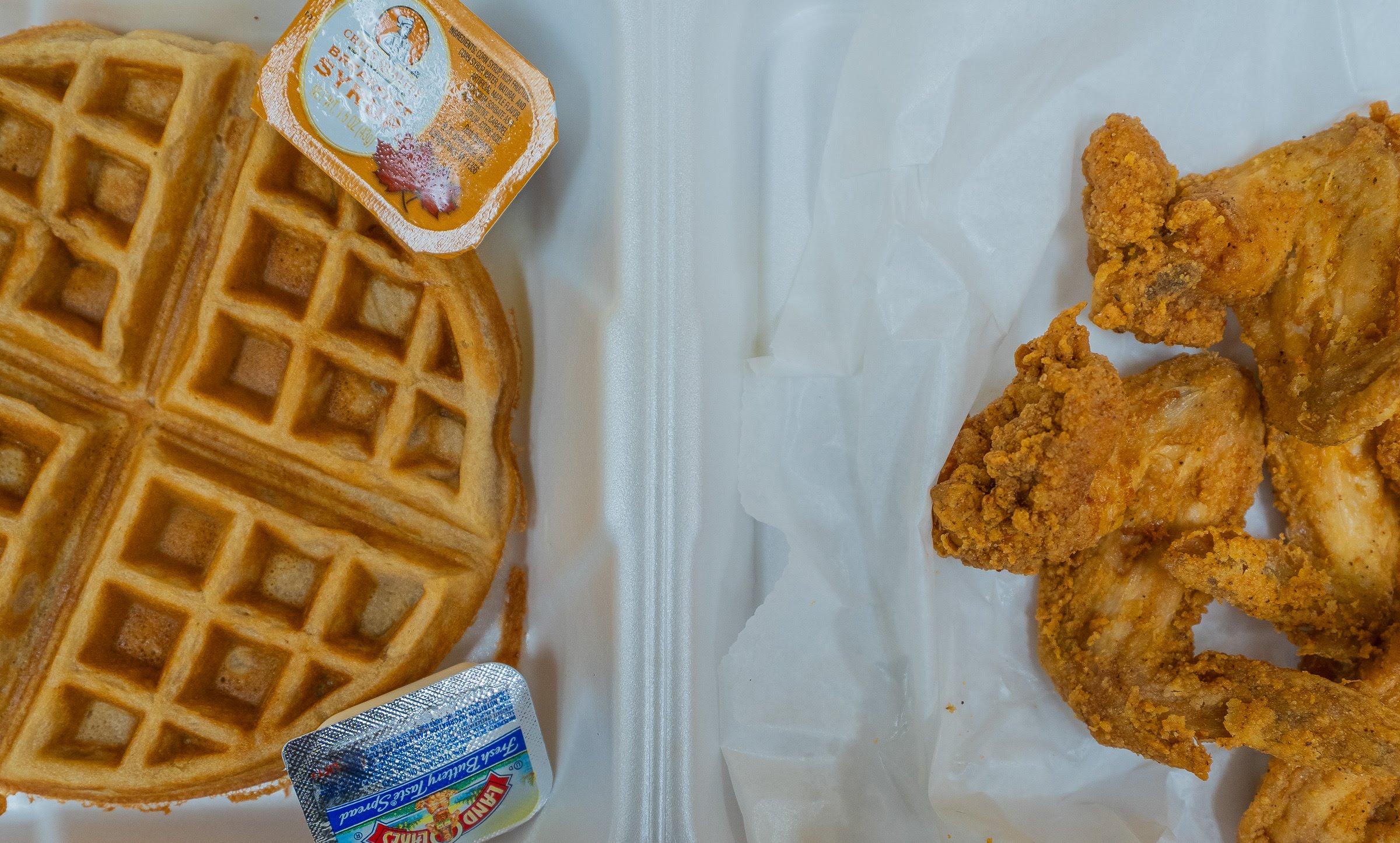 His fried chicken wings are the closest I’ve had to chicken cooked in my grandmother’s cast-iron skillet.

Yes, they are that good. Definitely a very unique flavor that’s a bit on the spicy side. 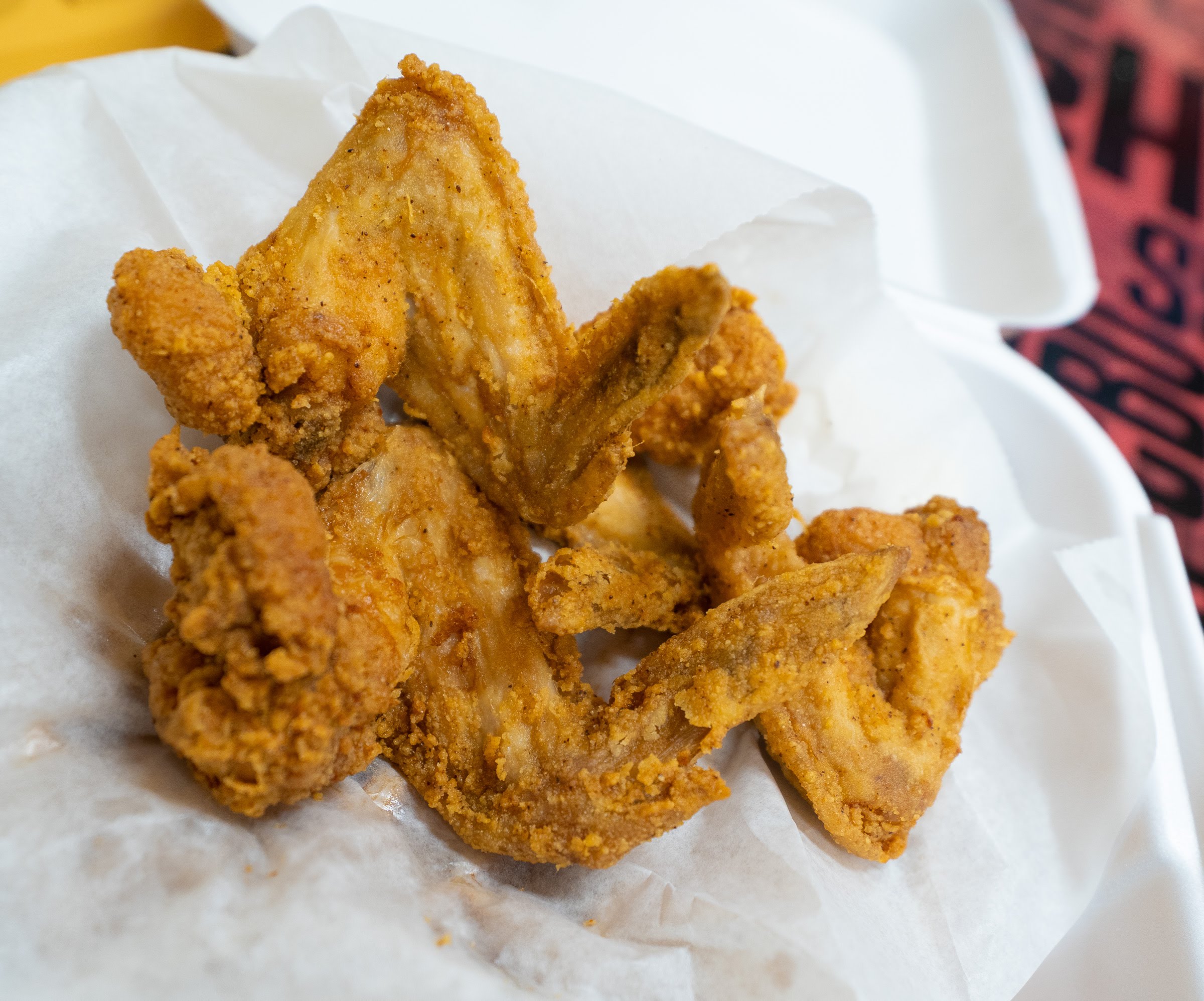 Waffle Mania is definitely worth the drive.

You’ll get a unique food experience while also helping to put local dollars back into a part of town that is often overlooked.

Now, doesn’t that make you feel all warm and fuzzy inside? Can’t make it to Hickory Hill? C-Bo still operates the food truck as well. Check for its location via Facebook and Instagram.

The Point-Blank Truth of Bobby Ellis