0 0
Changing the face of the beverage industry 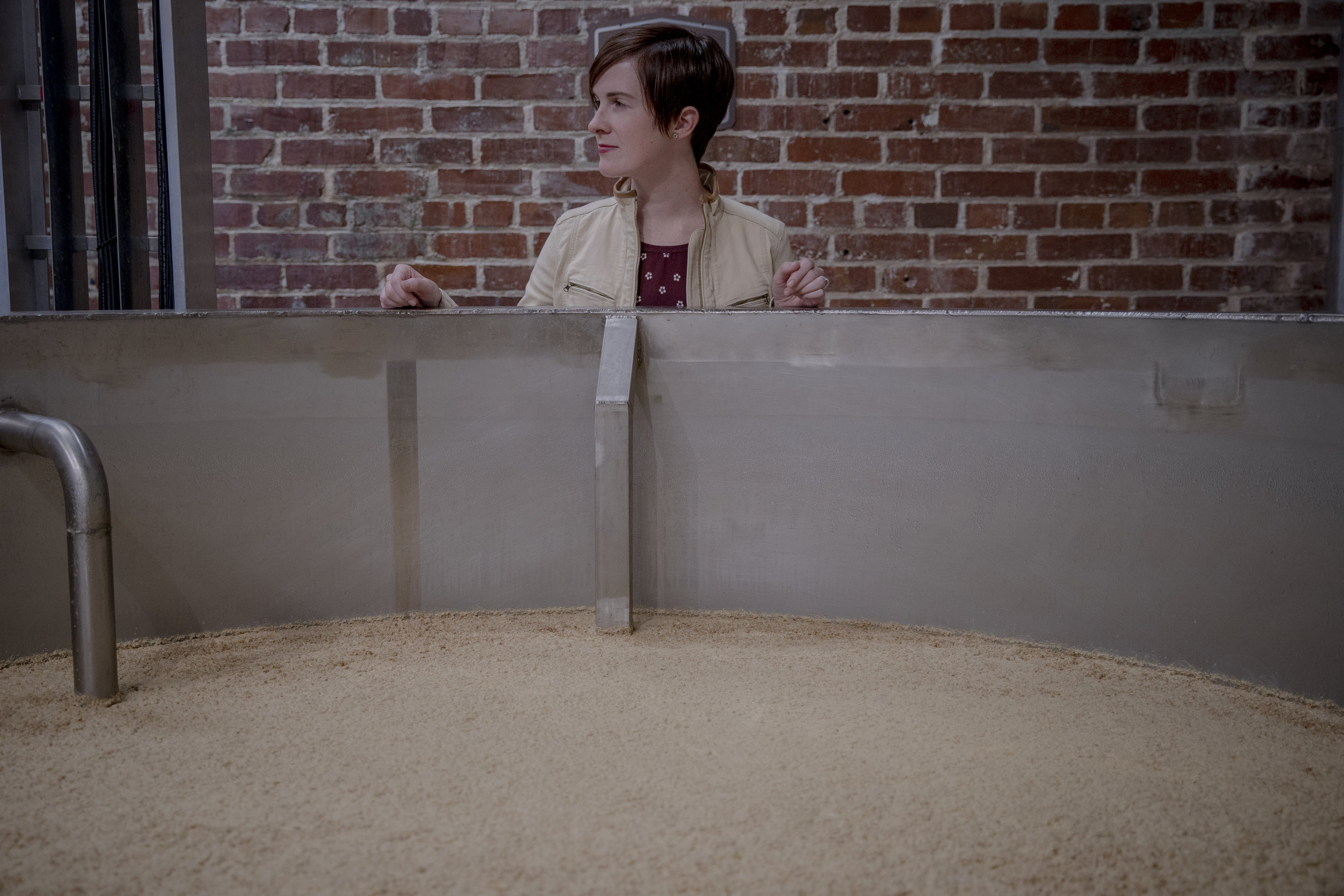 Back when she was still in high school, years before it was ever remotely clear that Alex Castle’s interest in distilling brews would turn her into the first female distiller in the Memphis area and lead to a job at Old Dominick Distillery, her mom offered a suggestion. Alex was like any young woman of a certain age, thinking about life after high school, about what comes next. About that domino progression of picking a course of study in college and figuring out what you’ll do with it once you join the ranks of the working stiffs out in the real world.

Alex knew one thing even then as a high schooler: She loved science and math.

So her mom helpfully recommended chemical engineering as a path forward. 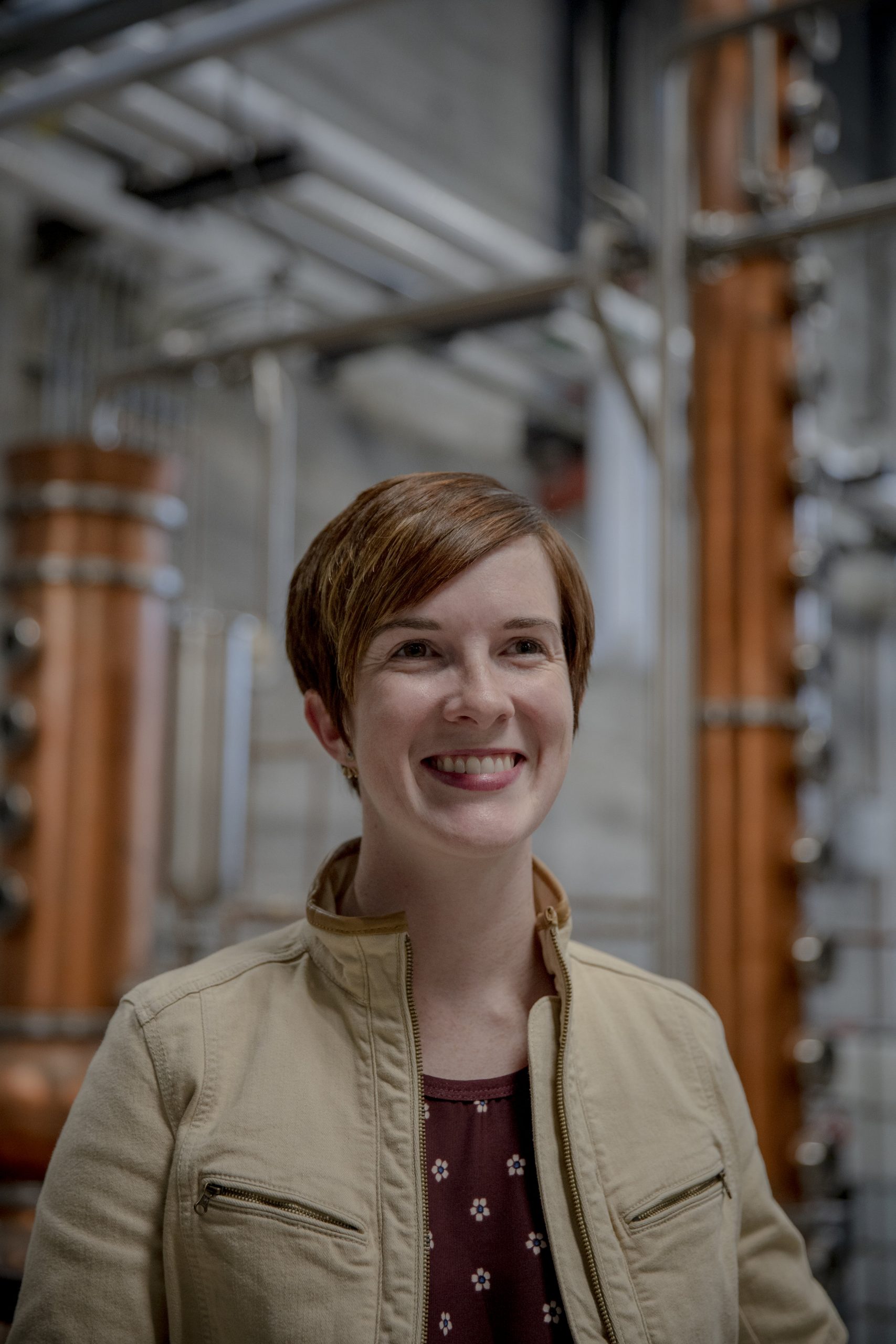 “I was like, OK, that sounds nice but—what do you do with that?” Alex recalled. “The first words out of her mouth after that were, ‘You can be a brewmaster and make beer!’ And I was like, that sounds kind of awesome.” Her mother kept on offering a few other suggestions, but Alex had stopped listening. There was something that intrigued her about that first answer. Even today, she still doesn’t know what it was that immediately grabbed her, but she says it very much flipped a switch for her.

And that switch stayed flipped. 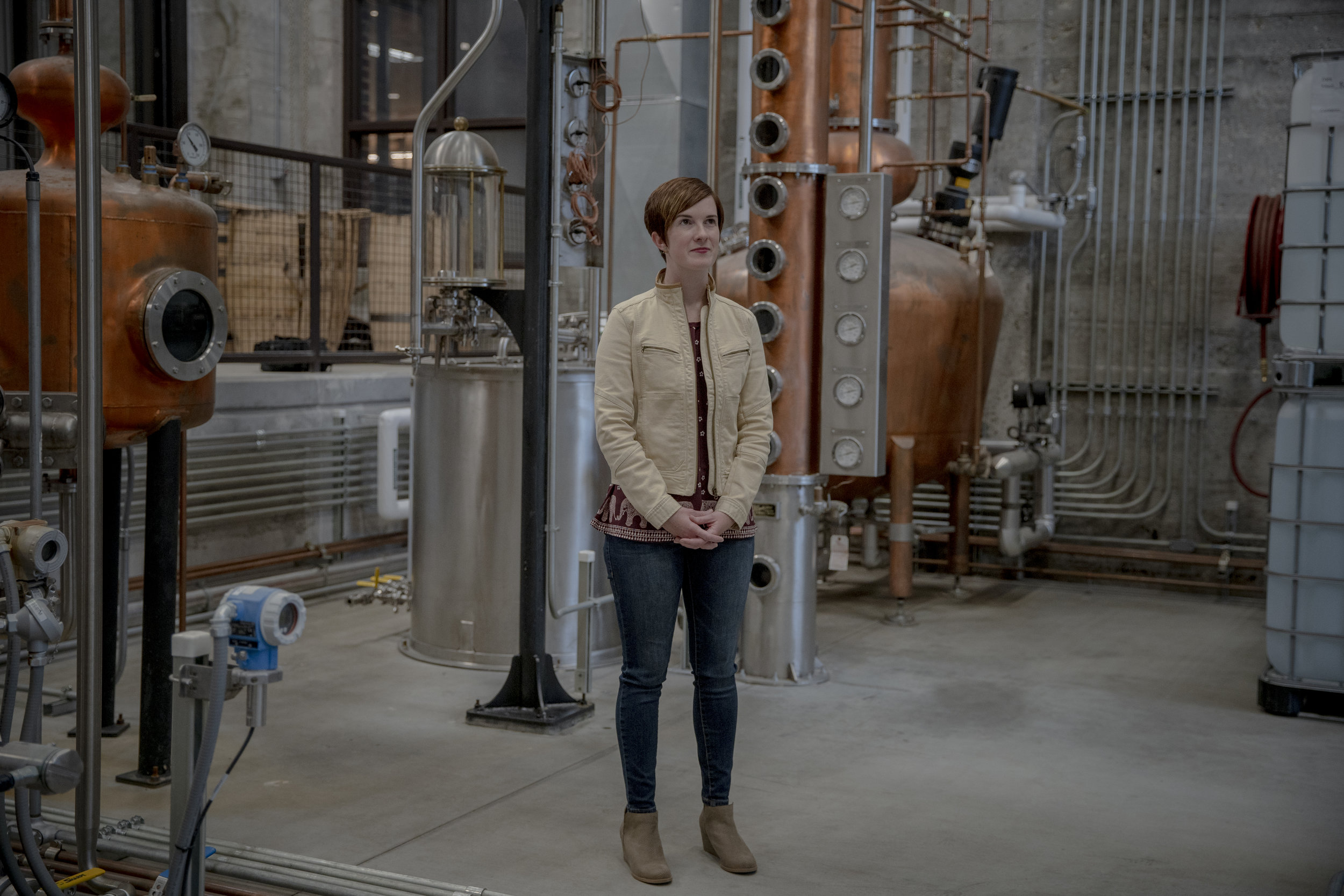 Alex joined Old Dominick three years ago. The owners had been looking to fill the master distiller position and found Alex—who previously was a production supervisor at the Kentucky-based bourbon maker Wild Turkey—via LinkedIn, of all things. She hadn’t been looking to leave Wild Turkey, but the Old Dominick owners were trying to restart the distillery, which a few years ago started once again aging barrels of locally made whiskey at the Downtown Memphis distillery for the first time since Prohibition. Alex, who’d never before been presented with an opportunity like this, jumped at the chance. “Coming to Memphis and meeting the team, I saw they were passionate about it, that they believed in it. And that was contagious,” she said. “I wanted to be part of it.” 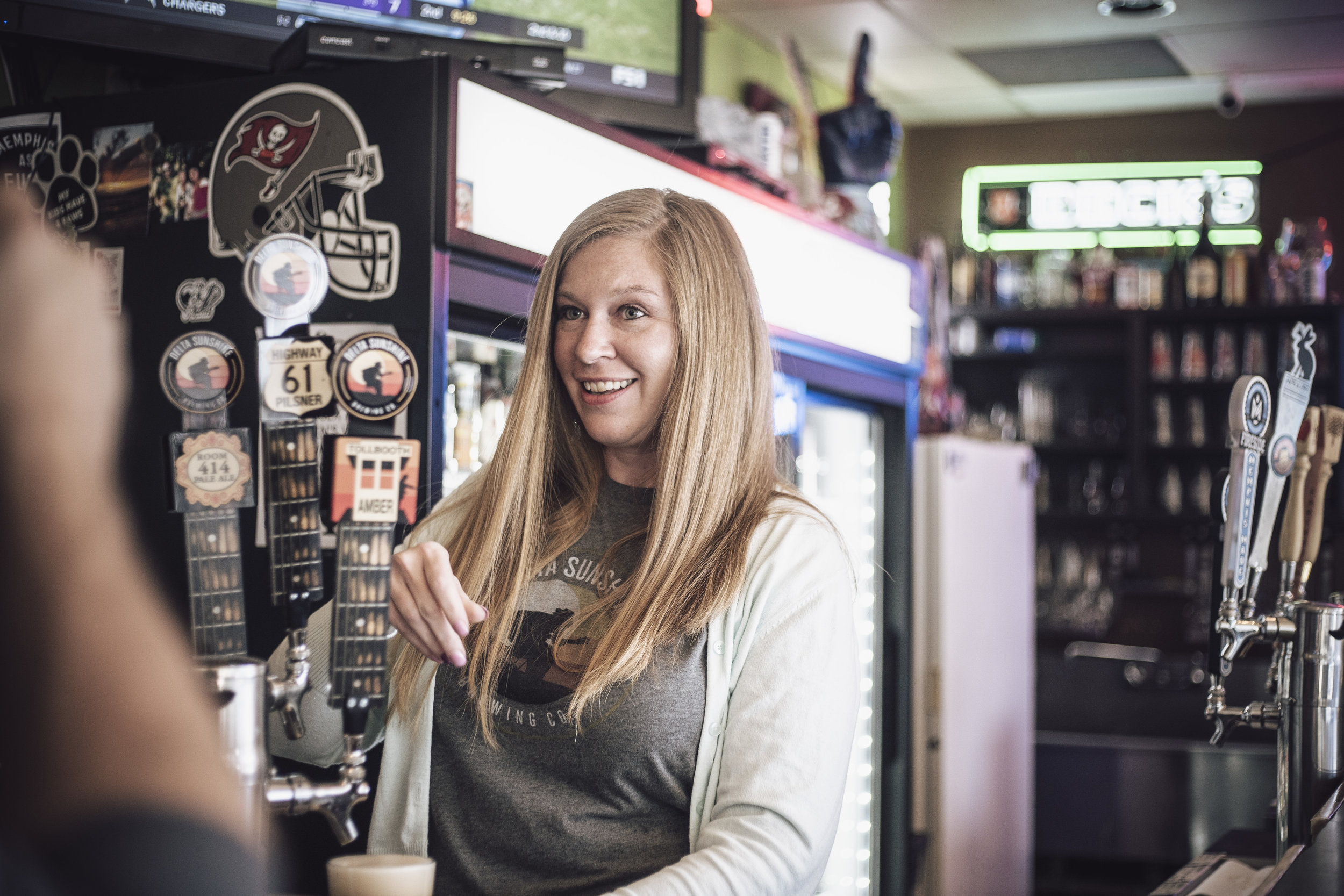 Talk to other women like her in an industry that used to be regarded as the provenance of “big, bearded dudes”—in the words of Delta Sunshine Brewing Co. brewmaster Allison Higi—and you get a similar origin story. One built around a love of the gig’s creativity—the alchemy of mixing the perfect brews, ginning up a new recipe, creating something out of nothing. And, come on, it’s like that old quote attributed to Benjamin Franklin, the one about beer being proof that there is surely a God who loves us and wants us to be happy.

If that statement is true, then it must follow that women like Alex and Allison are nothing less than a straight-up crew of happiness-makers.

Even if theirs is a presence that more often than not still turns heads in a industry where men tend to be the shot-callers. 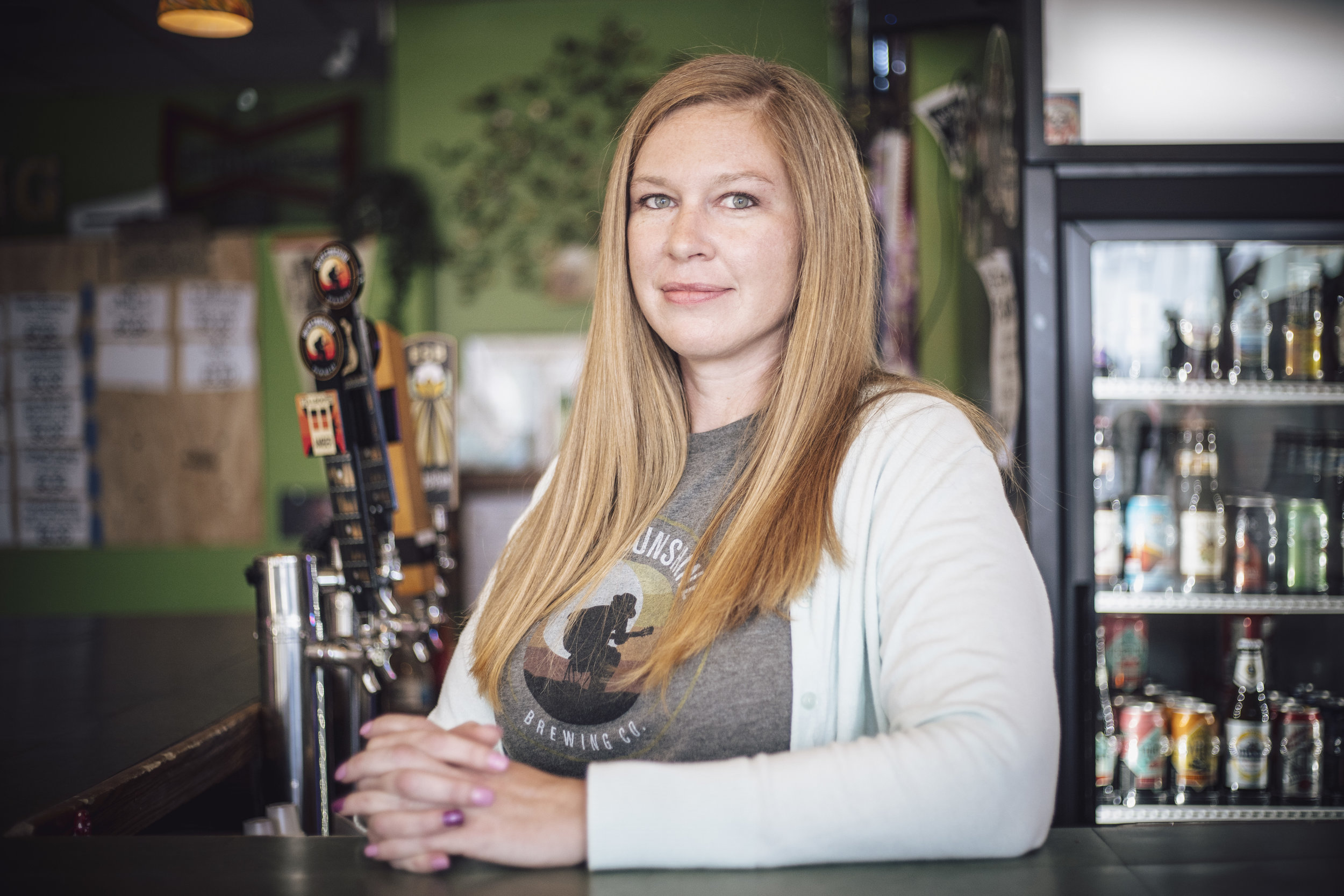 Not that the women brewmasters who talked to Edible Memphis about their chosen field seemed to, you know, care all that much about the status quo.

Or, at least, they’re not held back by it. 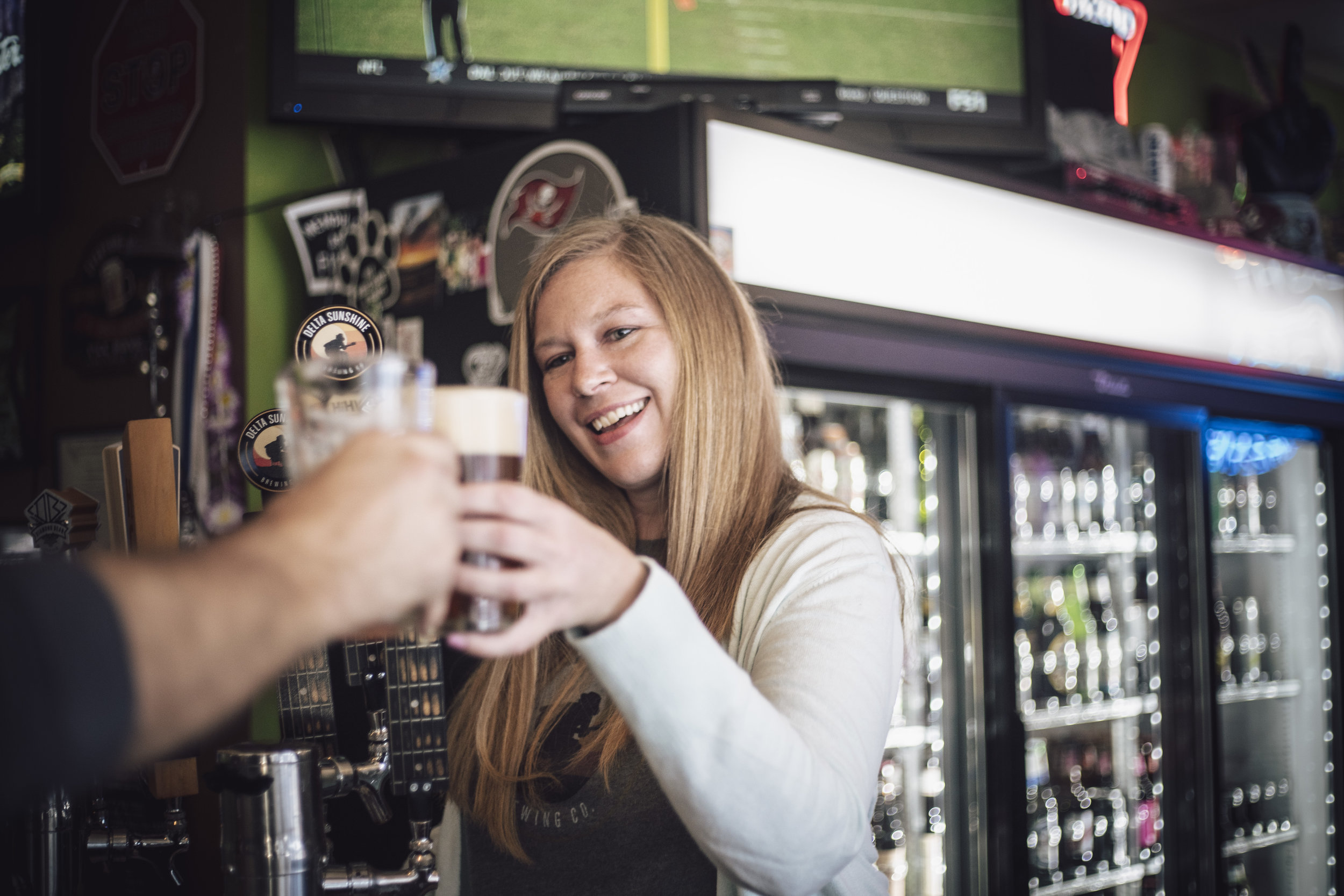 “I started in the craft beer industry in 2008,” said Allison, who’s also the co-owner at Delta Sunshine Brewing Co., which at the time of this writing was still operating out of the old Coors plant on Raines Road with an eye toward launching its brewpub concept in Memphis this year in a brick-and-mortar space of its own.

“I’ve been a first woman to do several things in the industry throughout the years,” she continued. “It’s kind of my—it’s a truthful joke, actually, where I always say if I’m the last woman to never be the first woman to do anything again, I’m fine with that!” 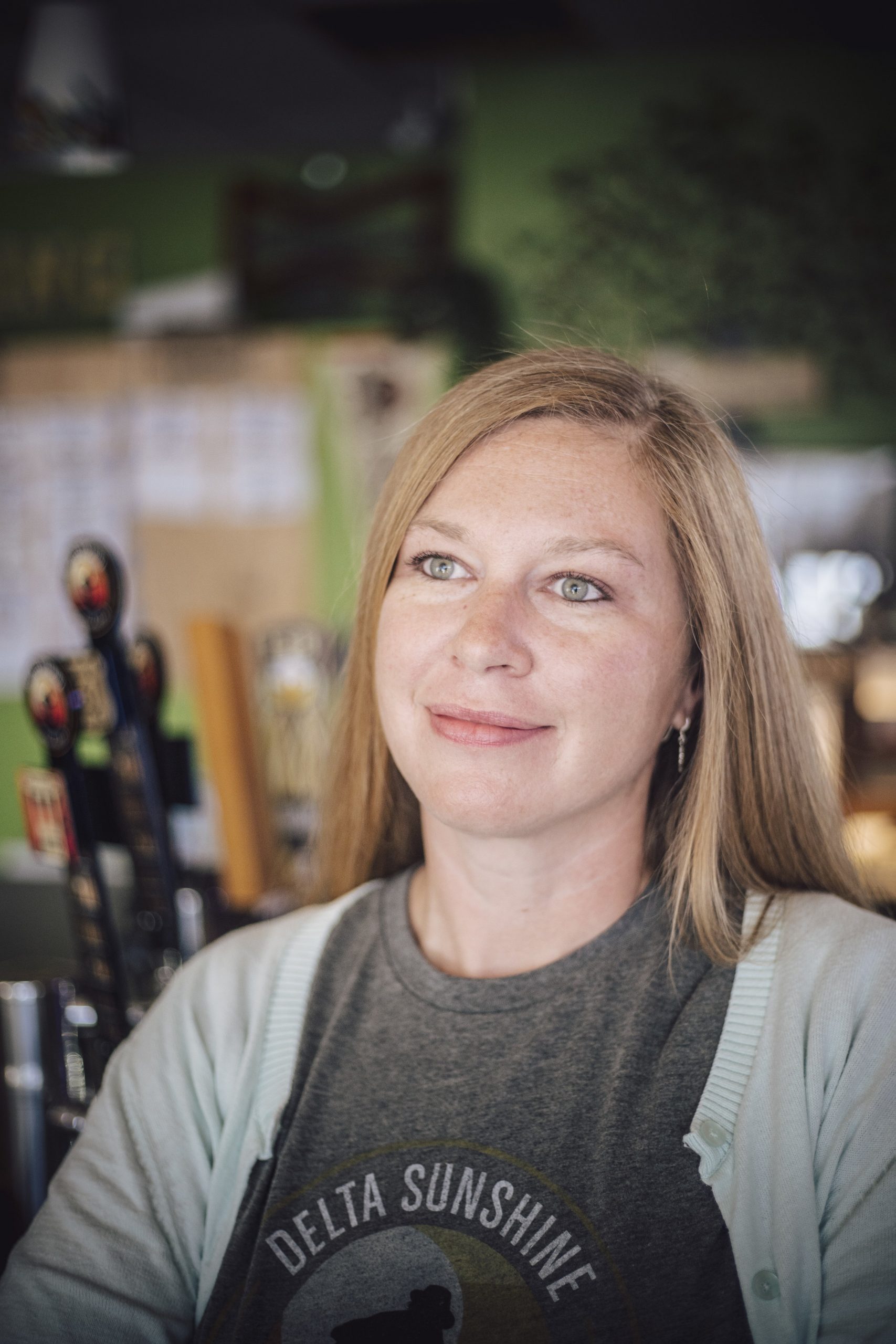 When she said that, she was at the end of a full day’s work, putting in her time at the plant with the guys. It had been, well, pretty much a normal day. She was quick to point out that nobody spent any time focused on the fact that she’s shoulder-to-the-wheel like the rest of the guys, even though she’s not, you know, one of the guys. Of course, when you’re an owner, you’ve hopefully got the luxury of watching everybody else fall in line behind you pretty quick, but still.

It wasn’t always like this. Back in 2014, a Stanford University study surveyed 1,700 active breweries and found that just 4 percent had a female brewmaster or head brewer.

No wonder female brewers say the industry still needs plenty more women to, pardon the pun, get into the mix.

Not only does equity demand it, but it just makes sense, especially when you take into account data like this factoid from Nielsen which came out the same year as that Stanford study: Women barely registered as brewmasters then, but they actually accounted for more than a third of craft beer consumption in the U.S. They just didn’t have as large of a hand in making it. Yet.

“Especially 15 years ago when I decided to go into this profession, it was very unusual to see women, I think just because women didn’t do it. It started off as male-dominated, so it was hard for women to get into,” said Alex, who studied chemical engineering at the University of Kentucky.

“Coming from the Kentucky bourbon industry where the ones calling the shots have been in the industry for decades, I think I approach it differently, just because I’m younger and willing to take risks. I’m not set in my ways. I especially enjoy product development. I’ve had to learn to make vodka. I’ve had to learn to make gin, and now I’m learning to make a whole list of other things. Which is fun.”

Old Dominick, she adds, will have a permanent gin-line extension soon. The distillery was in R-and-D mode for that during 2018 and plans to select a new gin to release in 2019.

Representation in the industry, meanwhile, seems to still come down to the present-perfect state of the way things are. Men dominate the industry, in other words, because they’ve always dominated the industry, which means they keep dominating the industry. So women like Meredith DeLeeuw look for certain entry points, like the business and marketing side of things—and in Meredith’s case especially, a road less traveled, which for her meant cider. 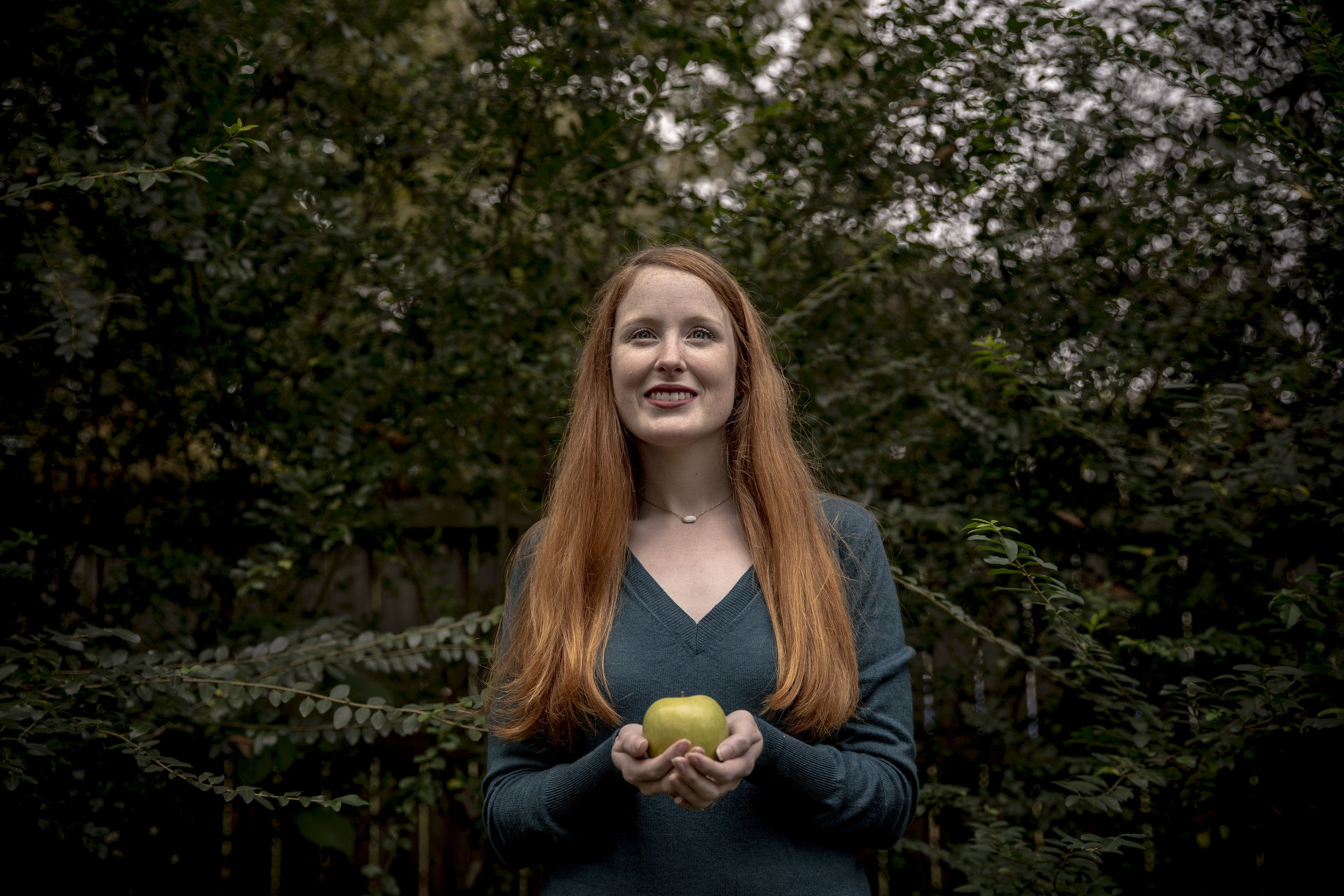 Meredith is the CEO and head cider maker at Century Tree Cider Co., a new Memphis cidery that plans to open a space on Union Avenue in the second half of 2019.

Take what a lot of the other craft breweries in Memphis are doing, just replace the brews with cider, and you’ll have a sense of what this new concept entails. Meredith says “quality, innovative, fresh-pressed juice” are the keywords for the concept, which will eventually include a production area and taproom. Like Alex, Meredith also has a science background, with a degree in food science from Texas A&M University. 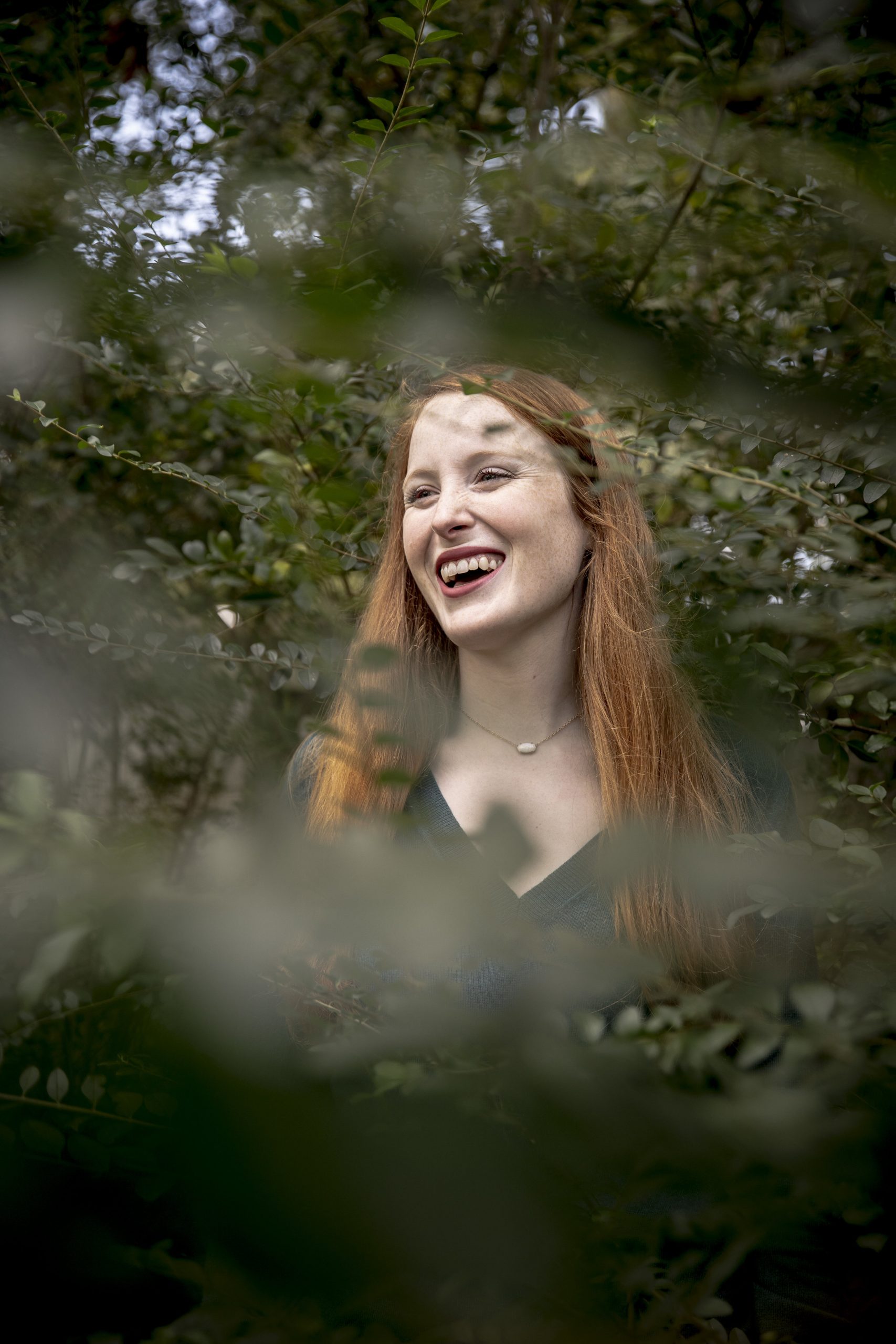 “That’s one of the big core things of our brand,” she said. “Science. Curiosity.”

“We’re always pushing the boundaries of what we think cider is and can be.”

“We’ll have a couple flagship ciders when we open, but our big thing’s going to be constantly pushing out new flavors, innovative stuff.” 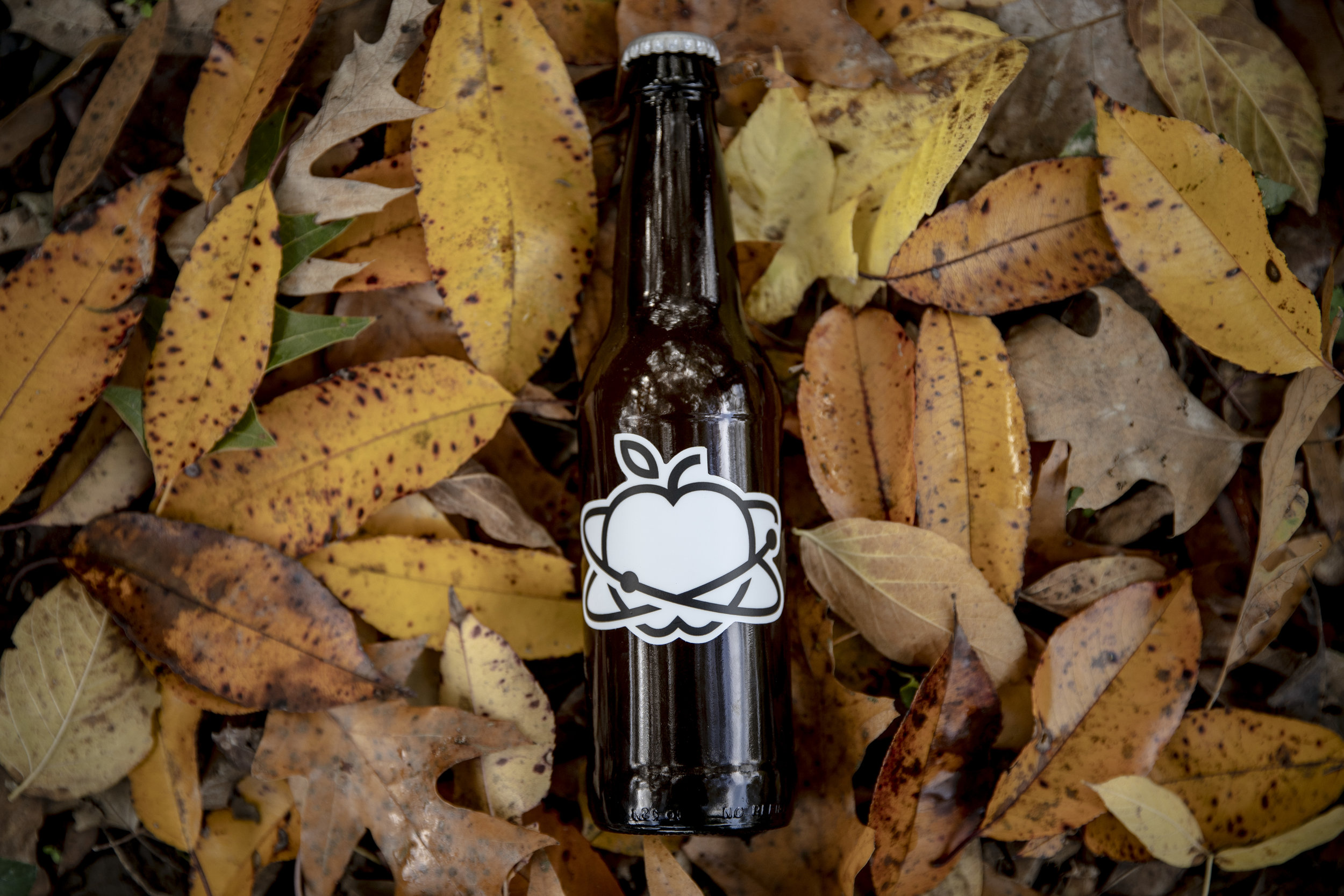 “We’ve been making cider for about five years now, and our house is just getting too small. Cider’s a lot longer of a process than beer. Beer turnaround’s like one to two weeks, whereas ours, about the fastest we do is a month to six weeks.”

Cider, Meredith raves, is an industry that excites her, but it’s also about more than that. 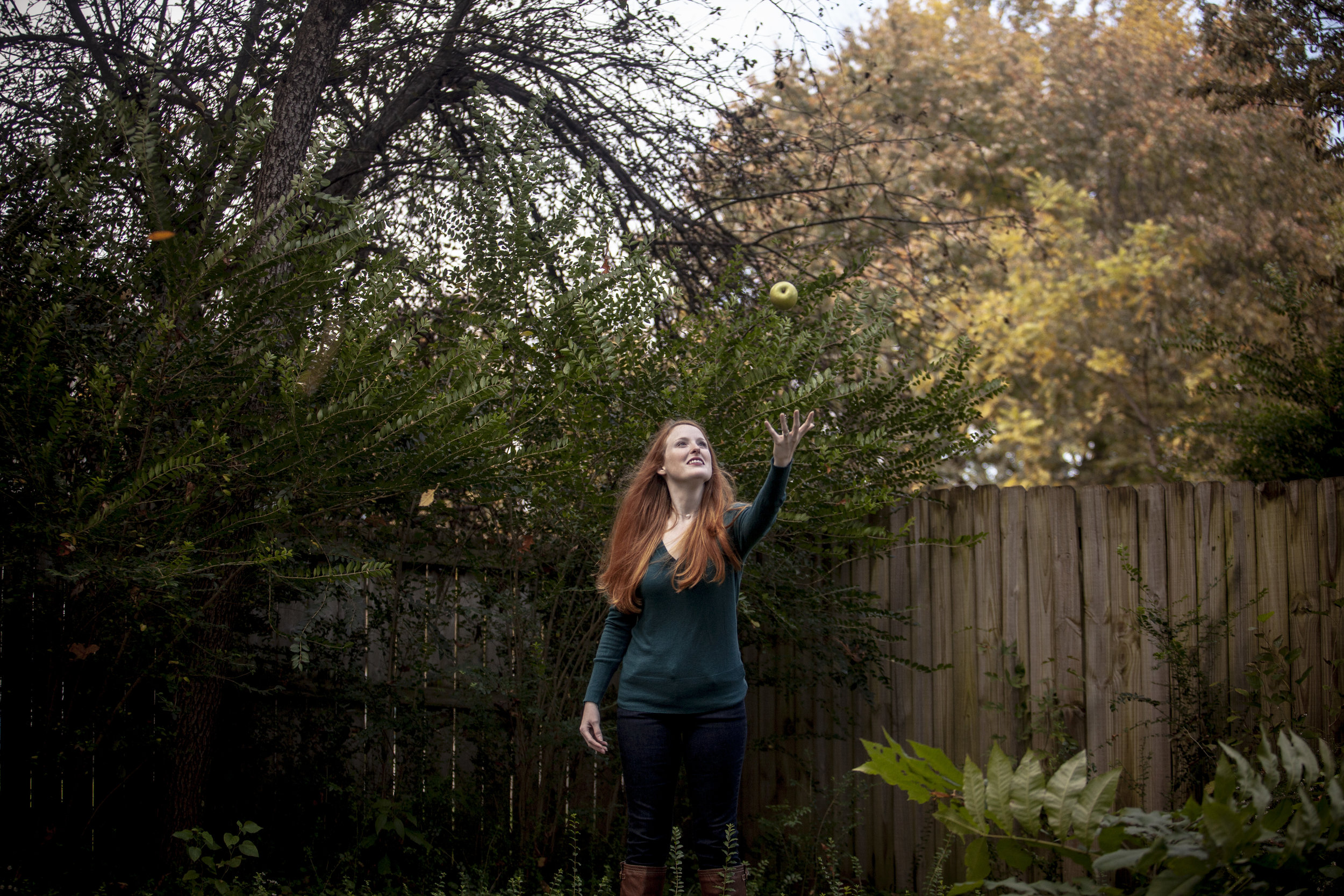 She says the crew behind Century Tree Cider Co. doesn’t just want to make delicious cider: “We really want to be role models.” Because that, she says, is what will help change the industry more than anything. Her business is female-owned, which when you get down to it is probably the best way to even up years and decades of imbalance. Women are slowly coming into the industry. Women like Alex, Allison, Meredith and so many others are lining up to produce sublime brews, and their hope is that the more women see themselves reflected in the industry, the greater the chance that more women will step up to be a part of it. And if some of those women, like Meredith, are getting to increasingly call the shots, all the better.

Come Down to Como